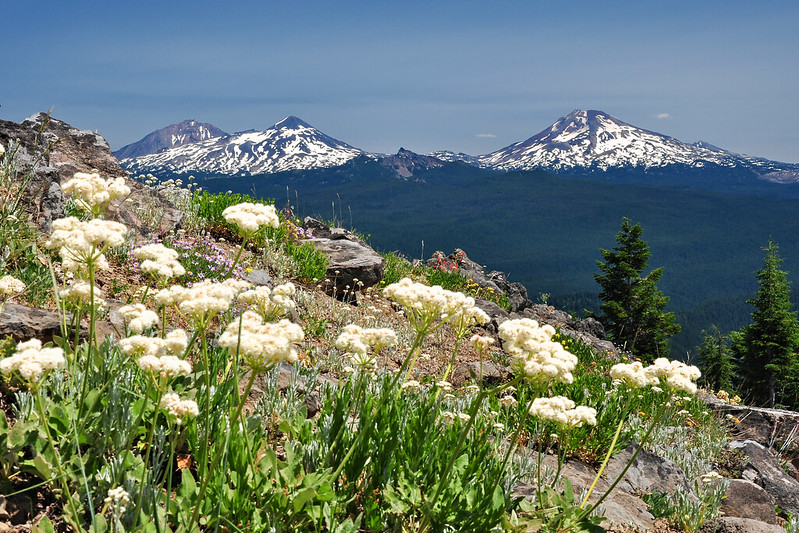 Three years ago I tried to do the Horsepasture Mountain hike but was greeted by this sign on Road 1993 where you turn off of Road 2638. 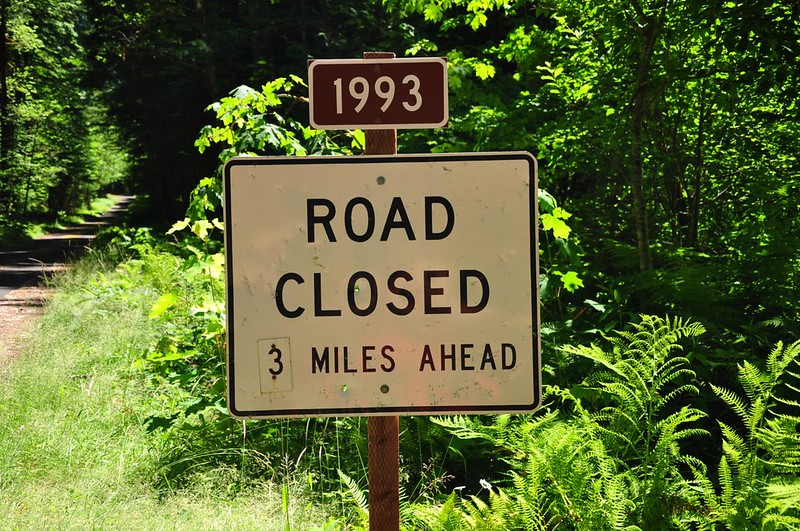 Back in 2014 I thought that the closure was recent and temporary, but the sign was still there when I tried to go up this road on Sunday. Well, I though, it’s only three miles, I’ll drive up there and see if it is in fact closed. About a mile up the road I passed a pickup coming down and we stopped to chat. They confirmed that the road was in fact closed, that it was covered by a massive and enormous landslide. They said they had alternative directions and they invited me to follow them, so I did. (Thanks, guys!) More on the detour at the end of this post.

There was a large group of mountain bikers at the trailhead, but they were headed out on the Olallie Trail. The couple in the pickup had hit the trail already and were somewhere ahead of me. So it was quiet and peaceful as I hiked up the trail, which switchbacks up through meadows with a view of O’Leary Mountain: 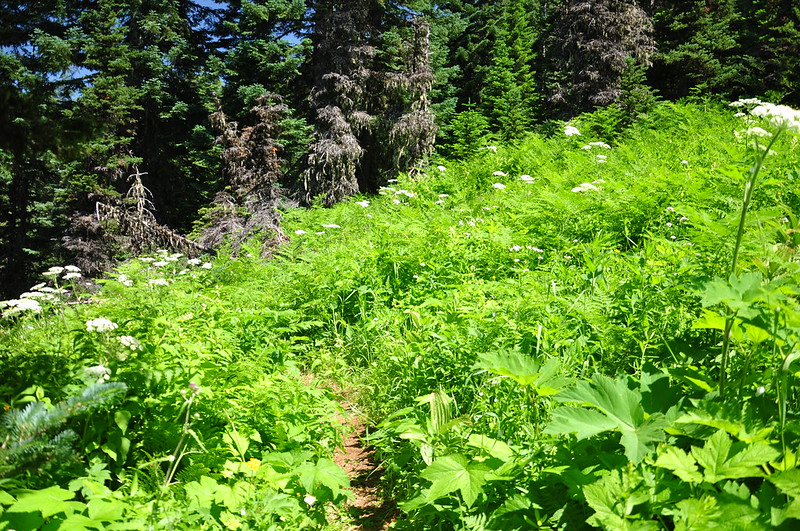 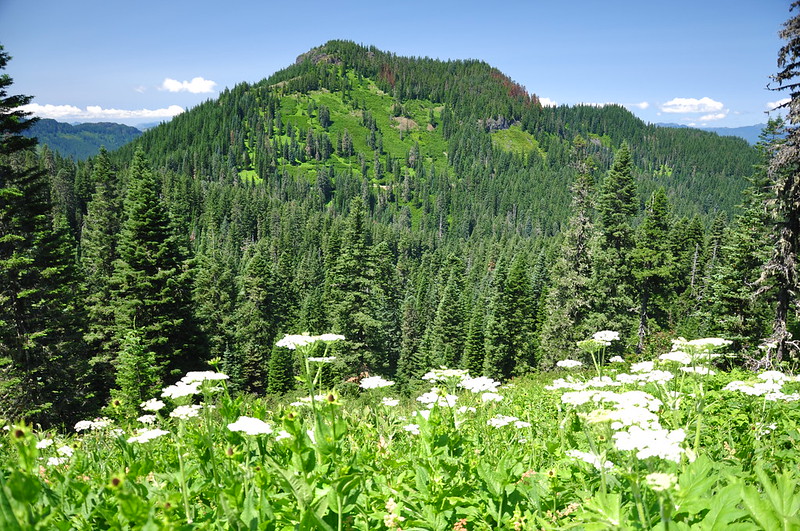 Then the trail emerges out onto the open slopes just below the summit: 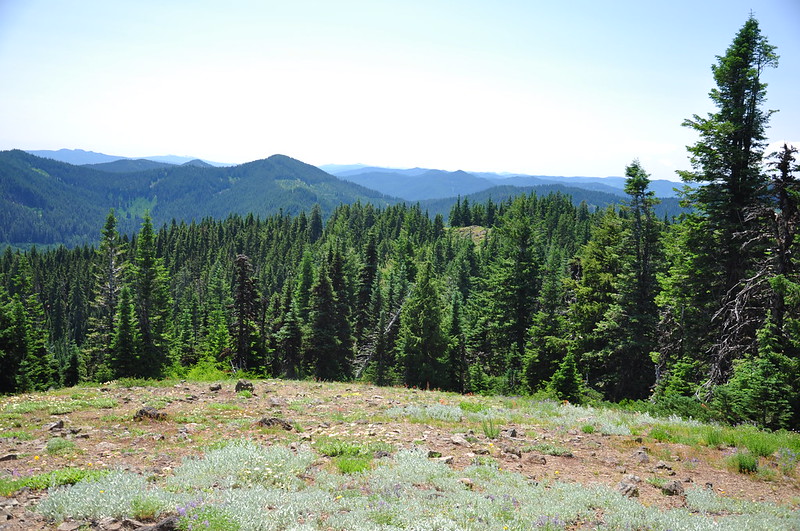 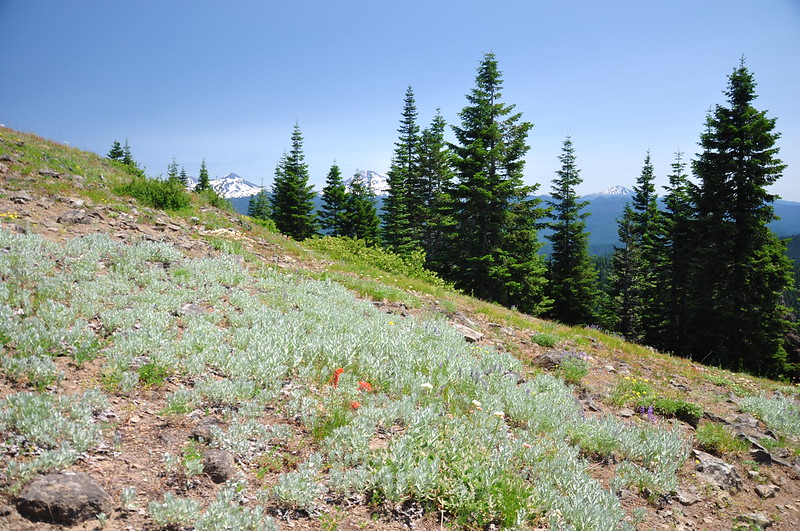 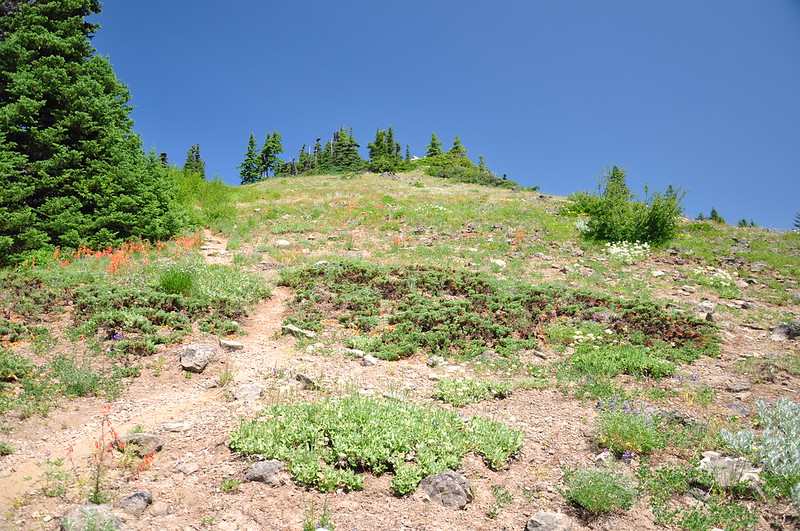 Plenty of wildflowers around: 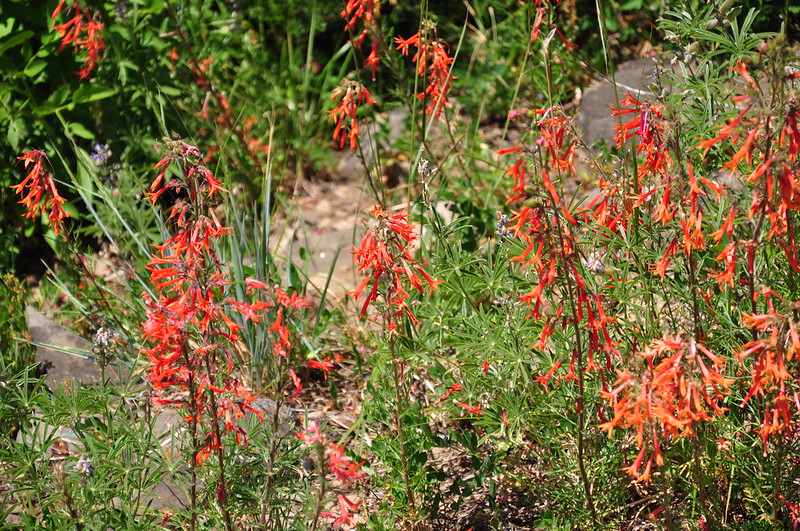 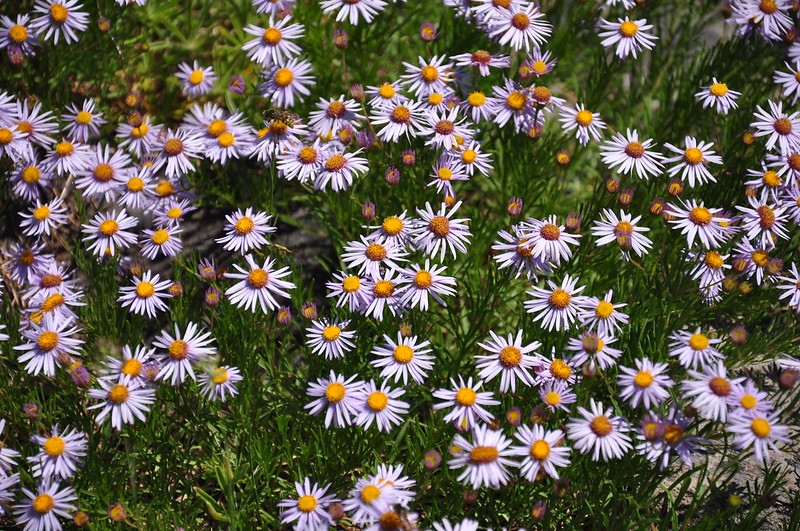 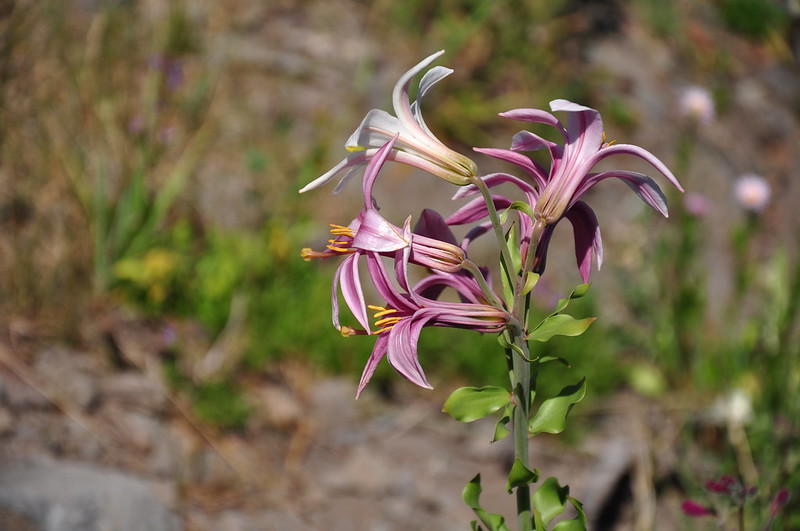 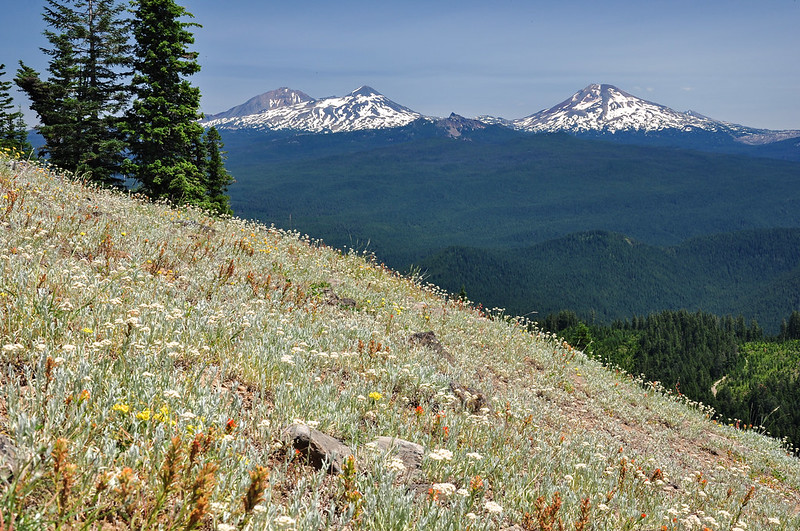 There was once a lookout up here. You can still see remnants of the rock wall from that time: 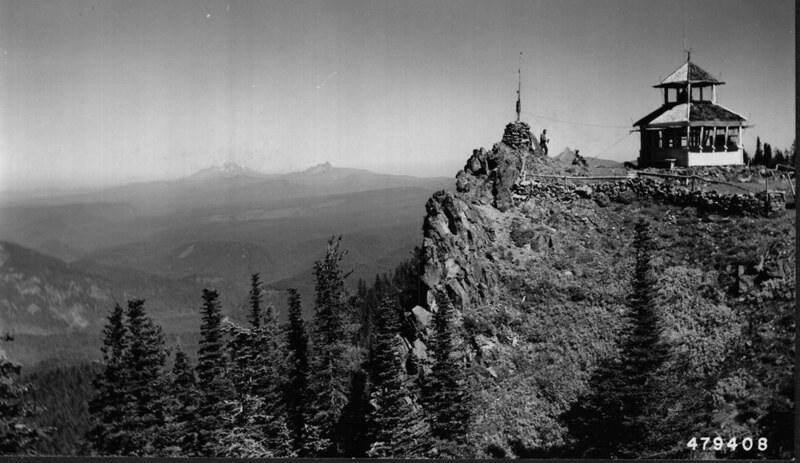 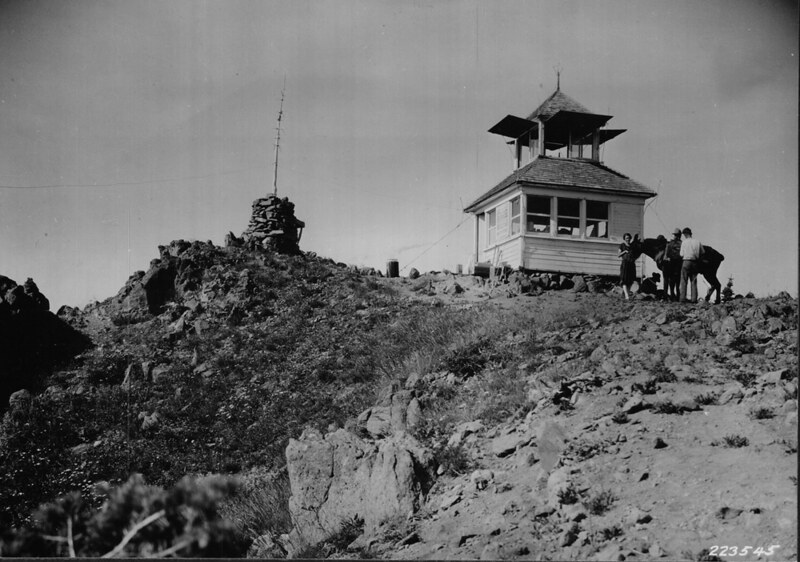 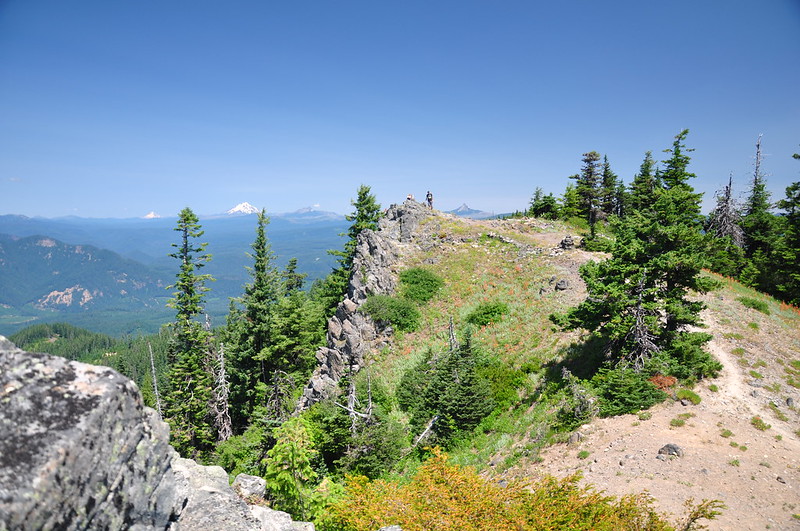 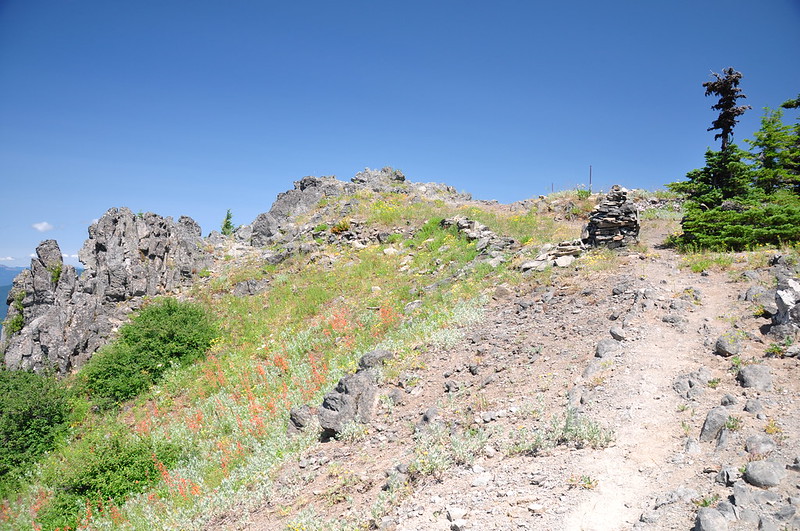 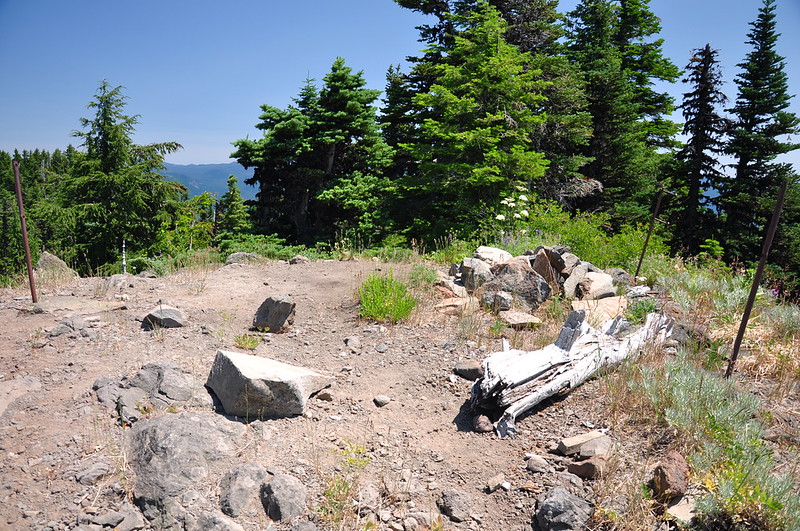 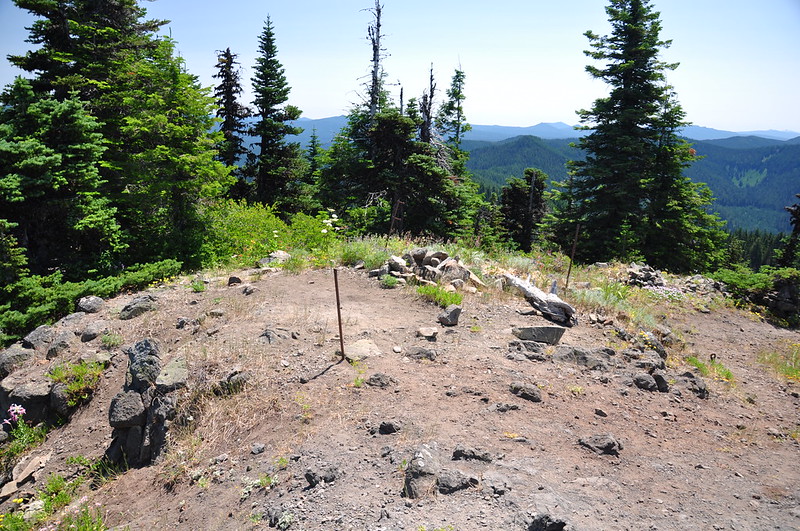 The views from the summit are spectacular. Looking north: 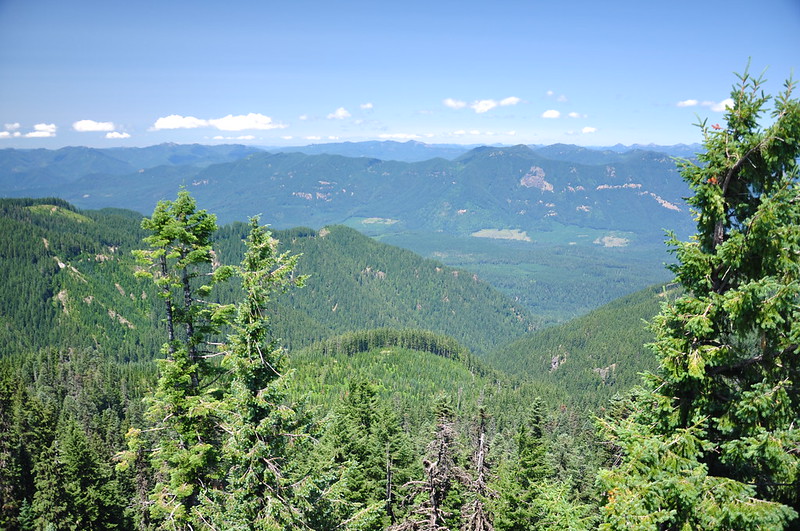 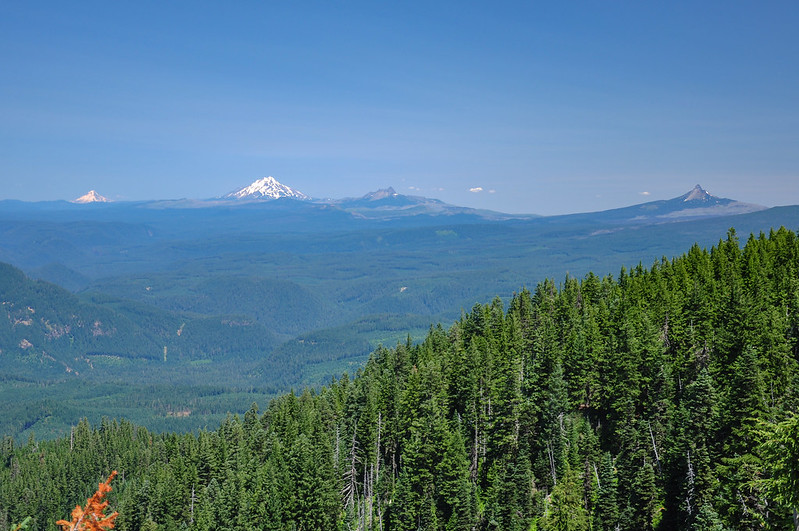 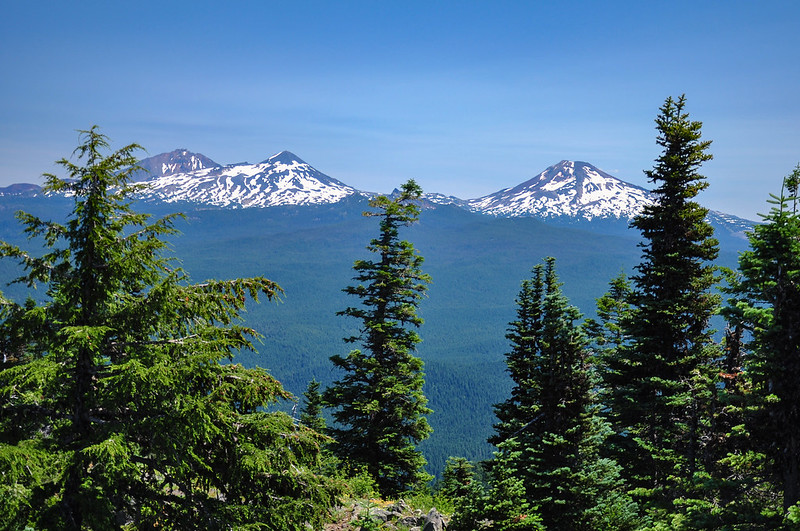 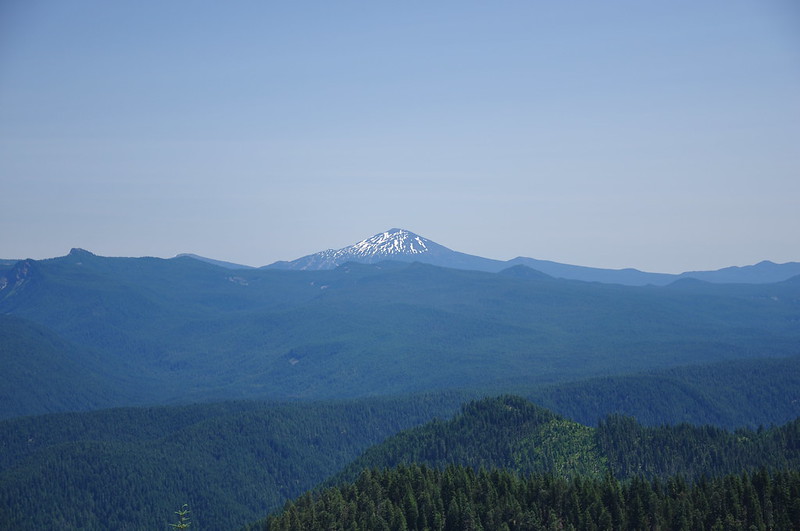 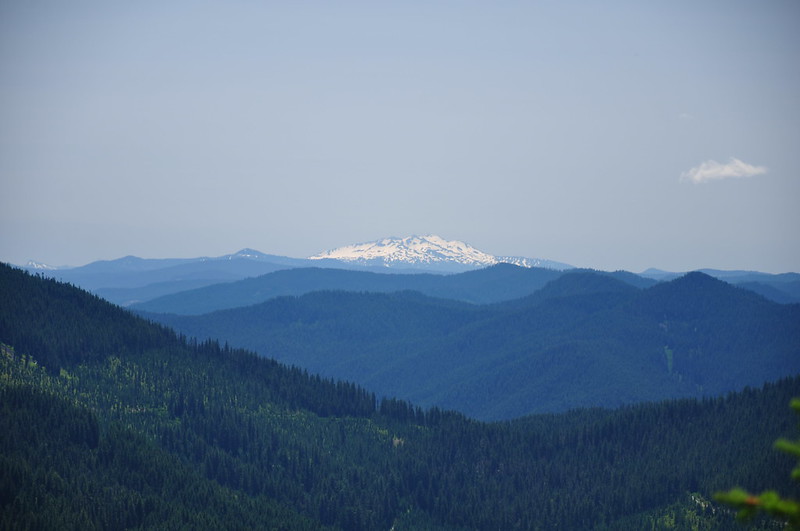 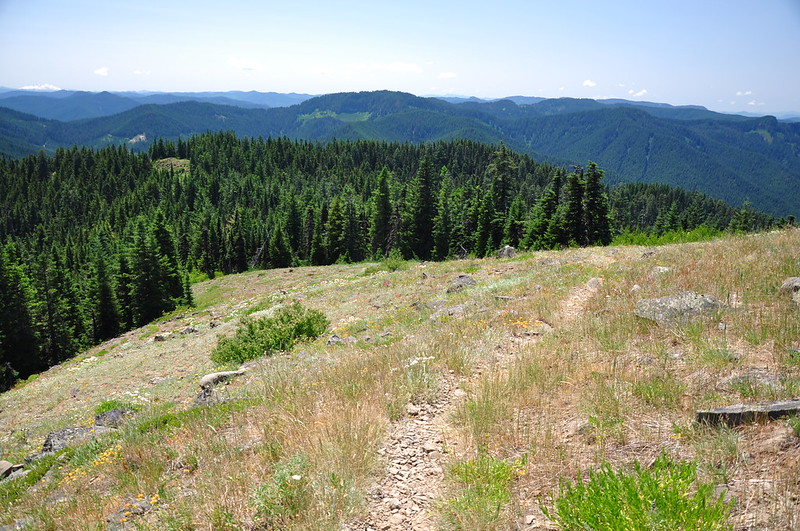 A panorama of the peaks: 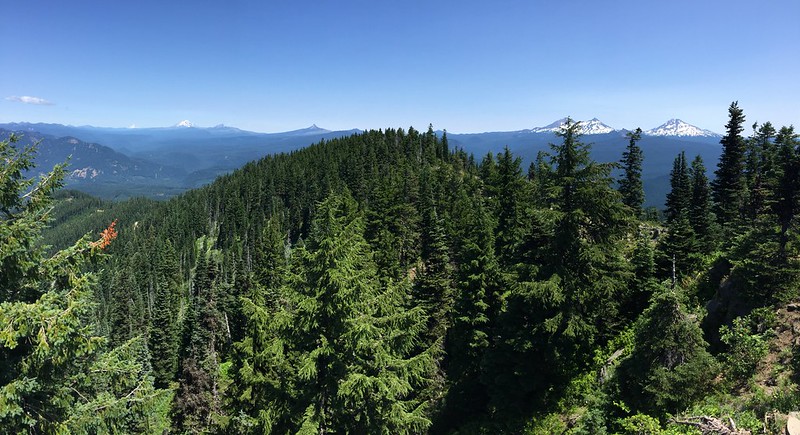 The detour involves driving down 2638, then 356, picking up 1993 from the south end (directions here). When I got home I tried to figure out when this landslide happened, but the best I can determine is sometime between November 2011 and July 2013, based on historical imagery in Google Earth. Any landslide that is big enough to show up in a satellite image isn’t going to get repaired. The Forest Service will never fix this, especially since there is an available detour. 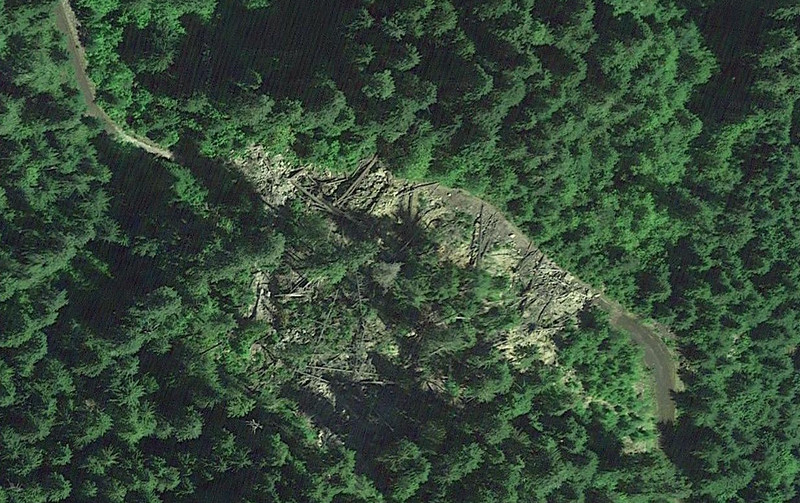 On the plus side, driving Road 1993 from the south is actually quite scenic. I had to be careful not to drive off the road while admiring the views and the roadside wildflowers: 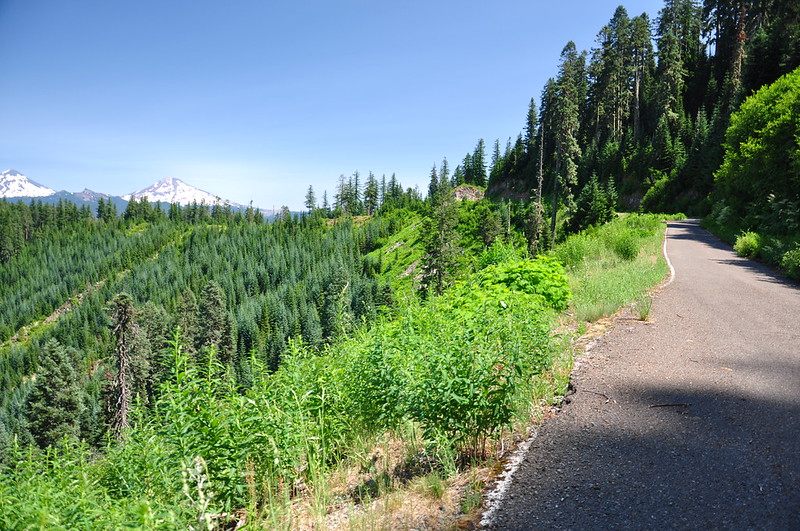 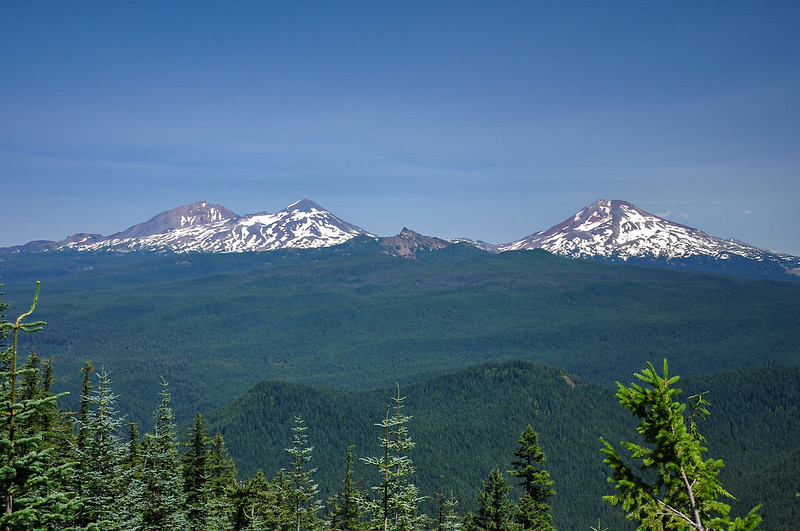 Video of this hike: