The last weekend of June Greg and I stayed at the Pickett Butte Lookout (see report), which was great. Unfortunately it was a HOT HOT HOT weekend, but we still had a great time.

On the drive down we made a pretty big detour to hike the Blair Lake Trail up to Mule Mountain. After seeing this report and the beargrass extravaganza, we decided we had to see it. So we left early on Thursday and headed towards Oakridge. Despite getting up at 5am, we didn’t hit the trail until 10:30. The car’s dashboard said it was 68 degrees outside, but it felt more like 80.

We started seeing beargrass pretty much right away: 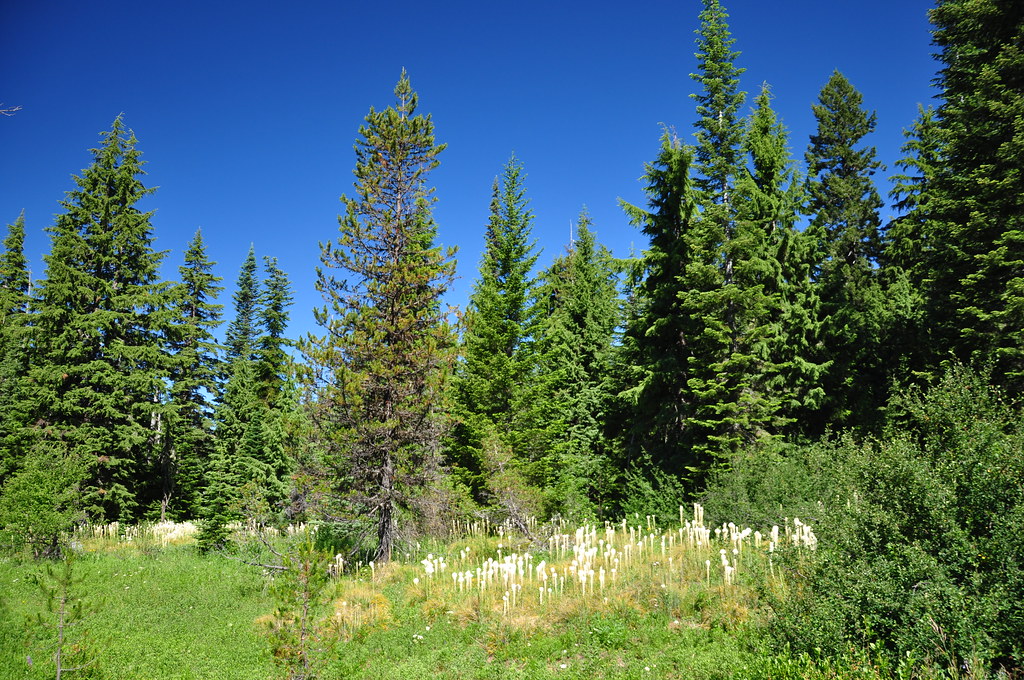 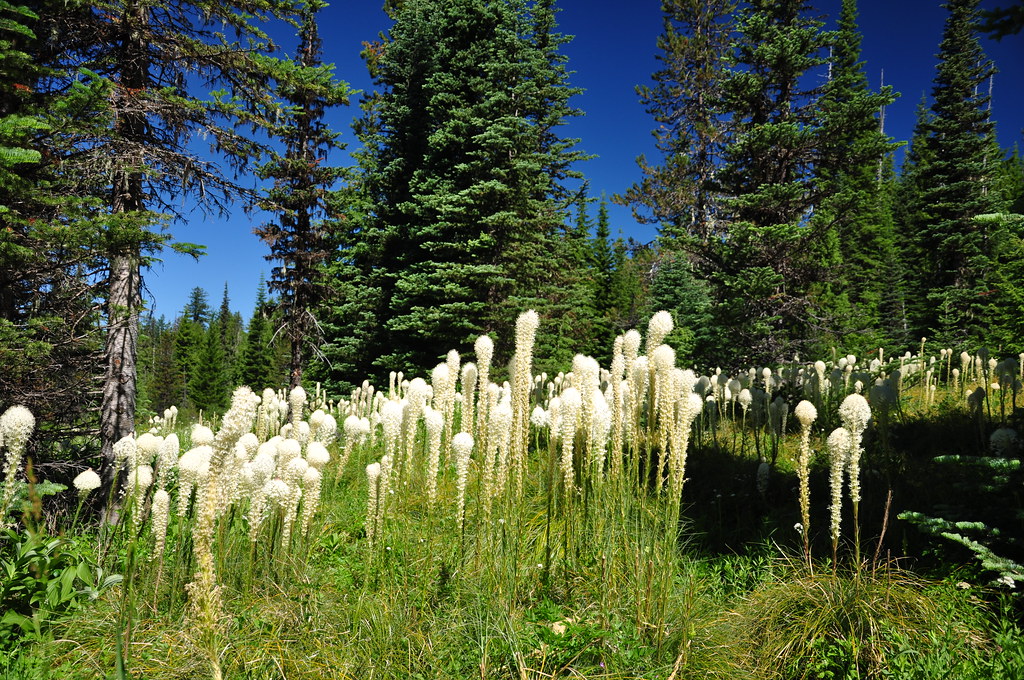 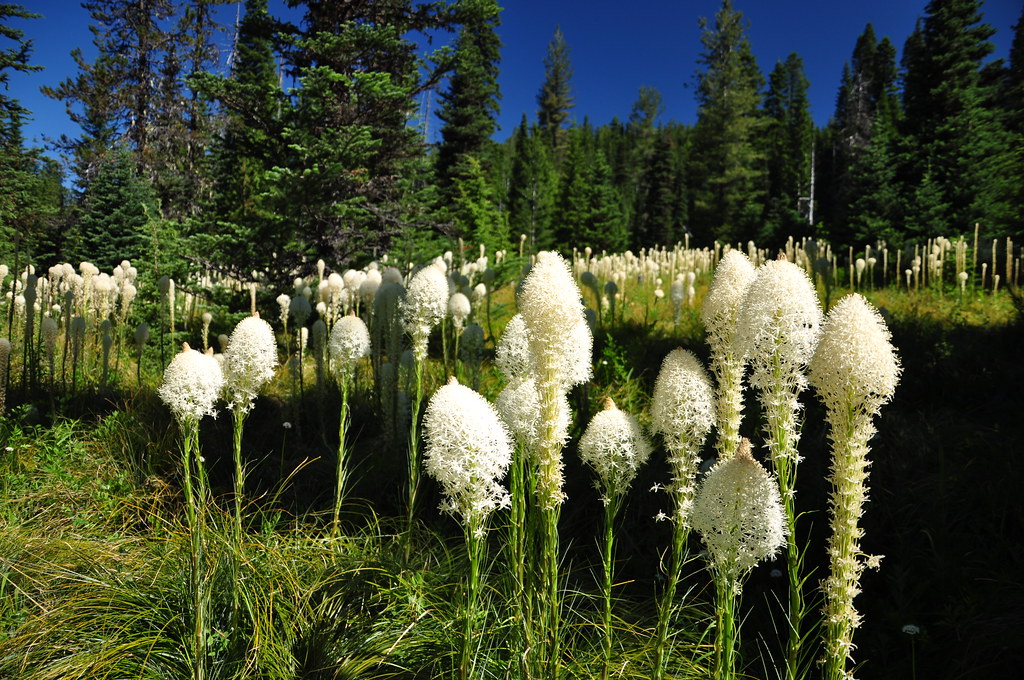 You know it’s going to be a good beargrass display when it’s prolific even in the forest: 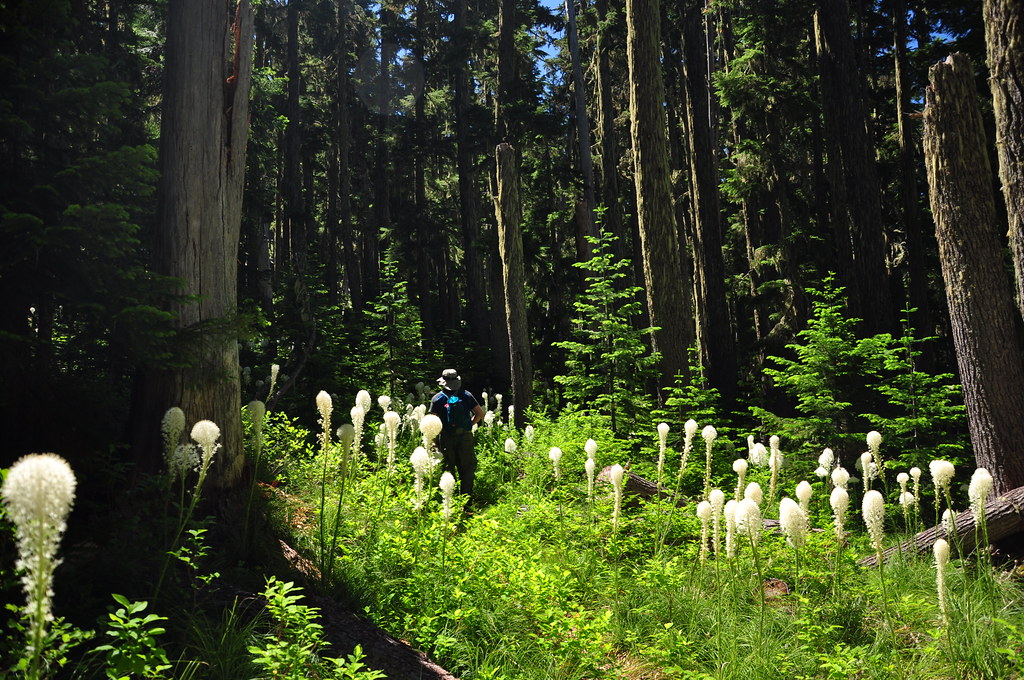 We took a short side trip to a viewpoint overlooking the lake where a geocache is hidden: 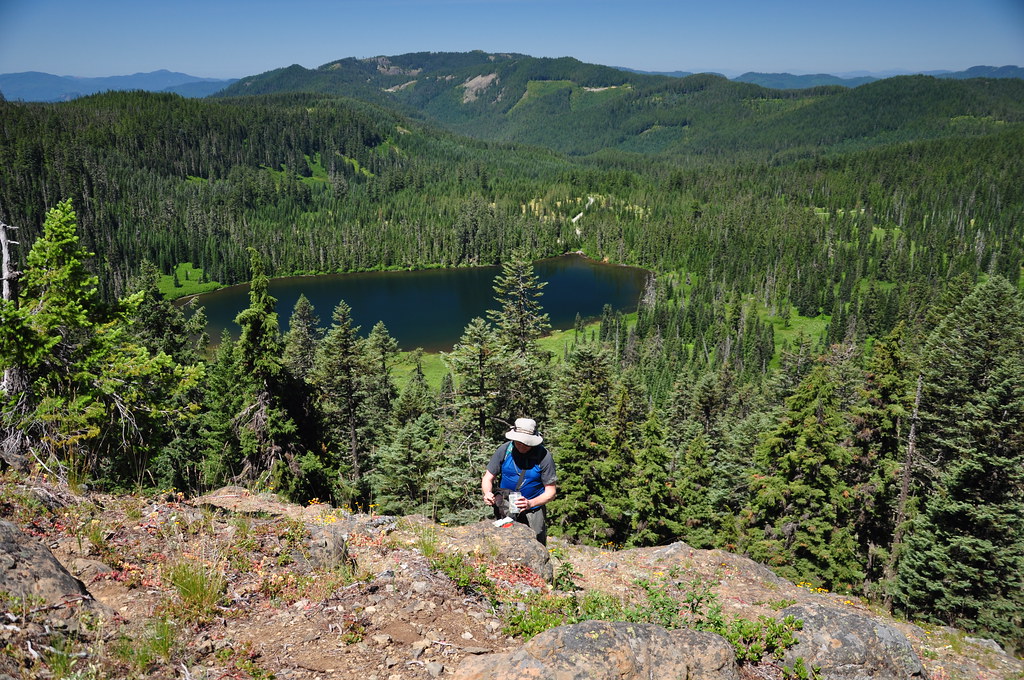 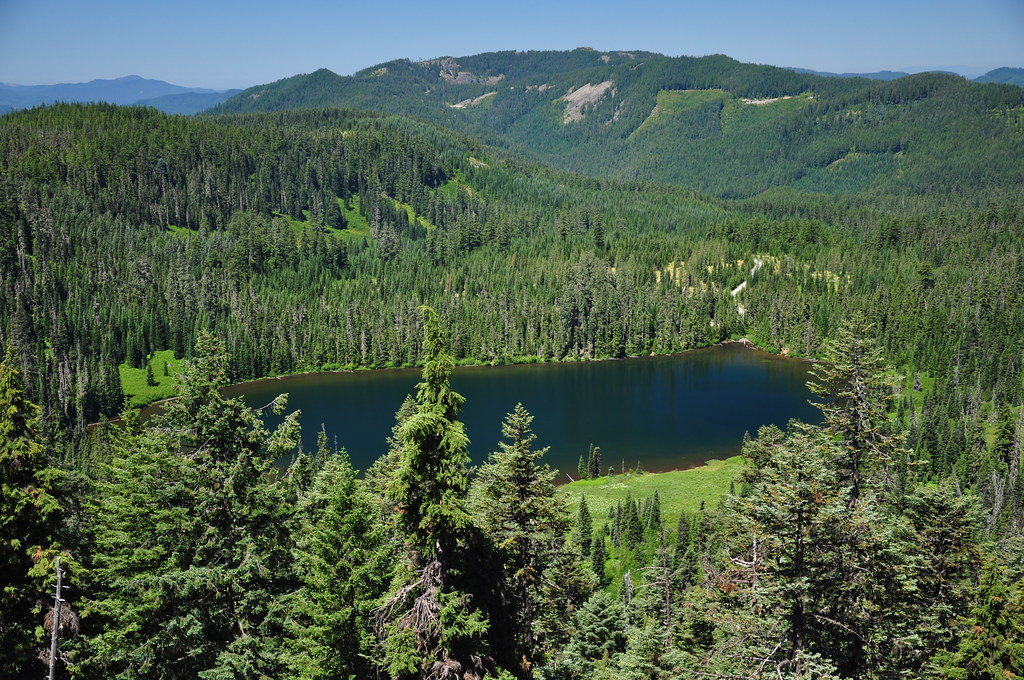 Saw some rhododendrons in bloom: 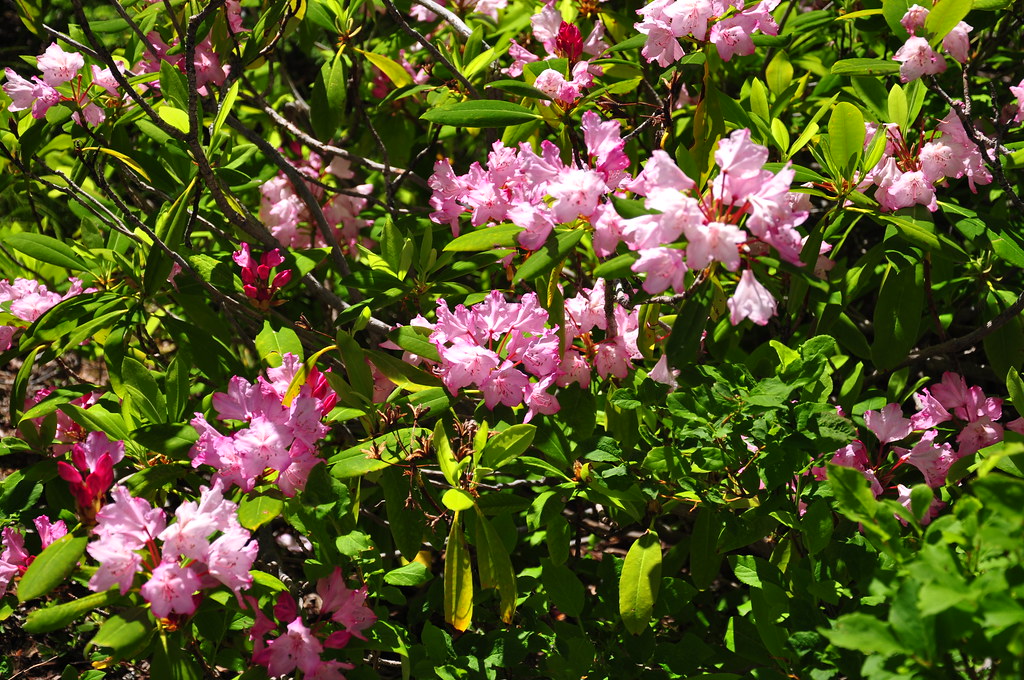 As we emerged into the open meadows (some maps call this Beal Prairie) we got a view of Diamond Peak: 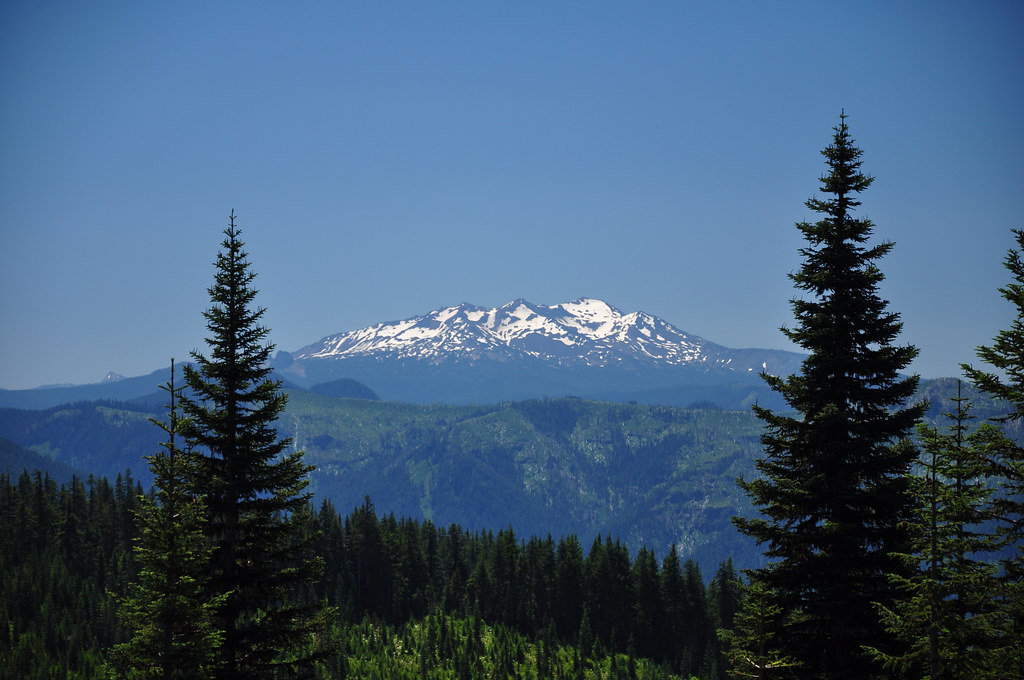 The meadows were AWESOME! There were millions of beargrass blooming there. It was crazy! Beargrass blooms in cycles. It’ll be good one year, then be mediocre for a few years. Here is what it looked like when I was here in 2013: 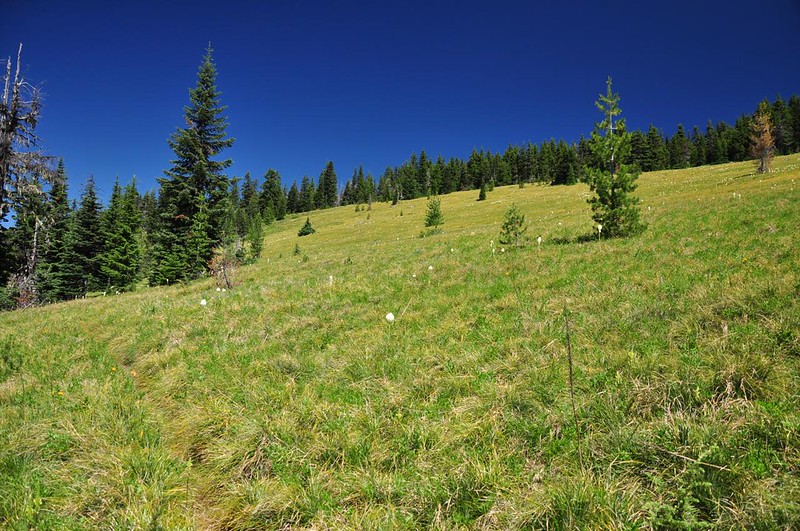 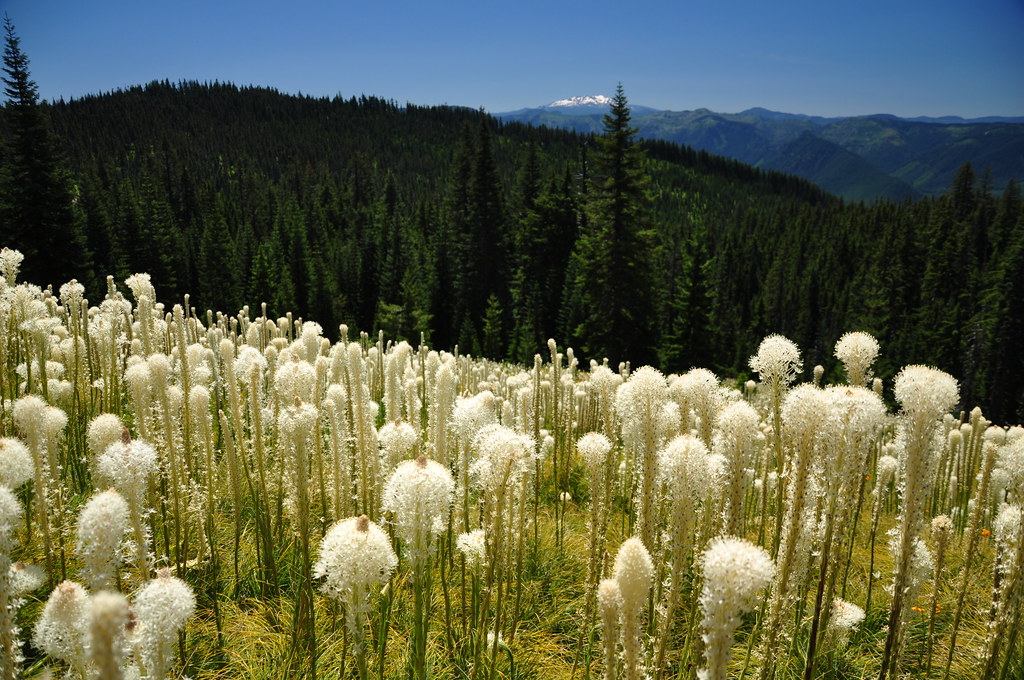 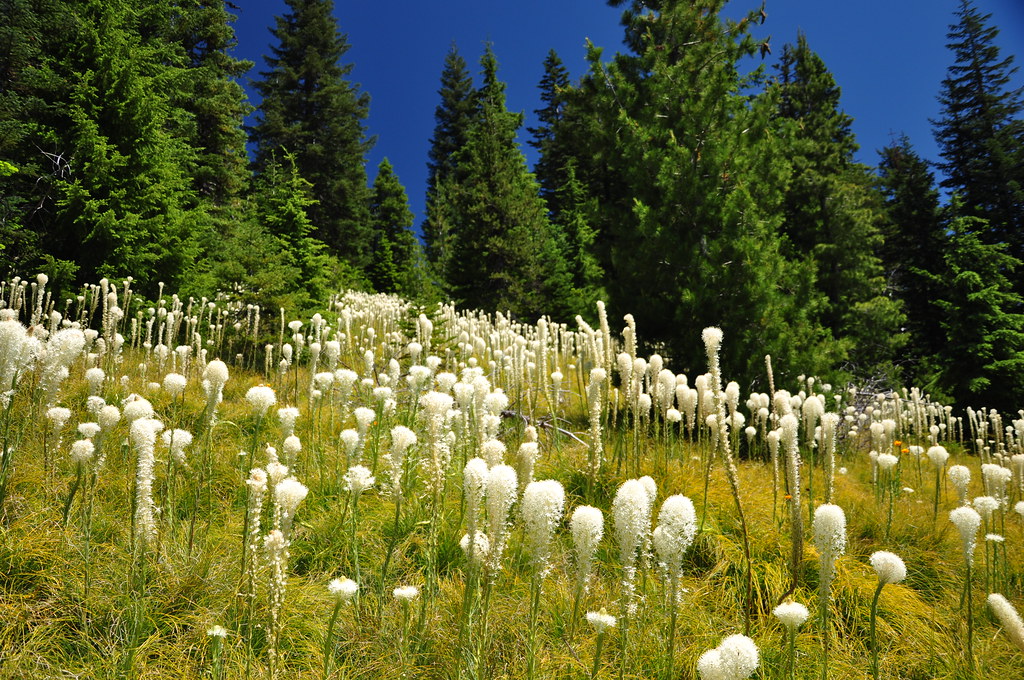 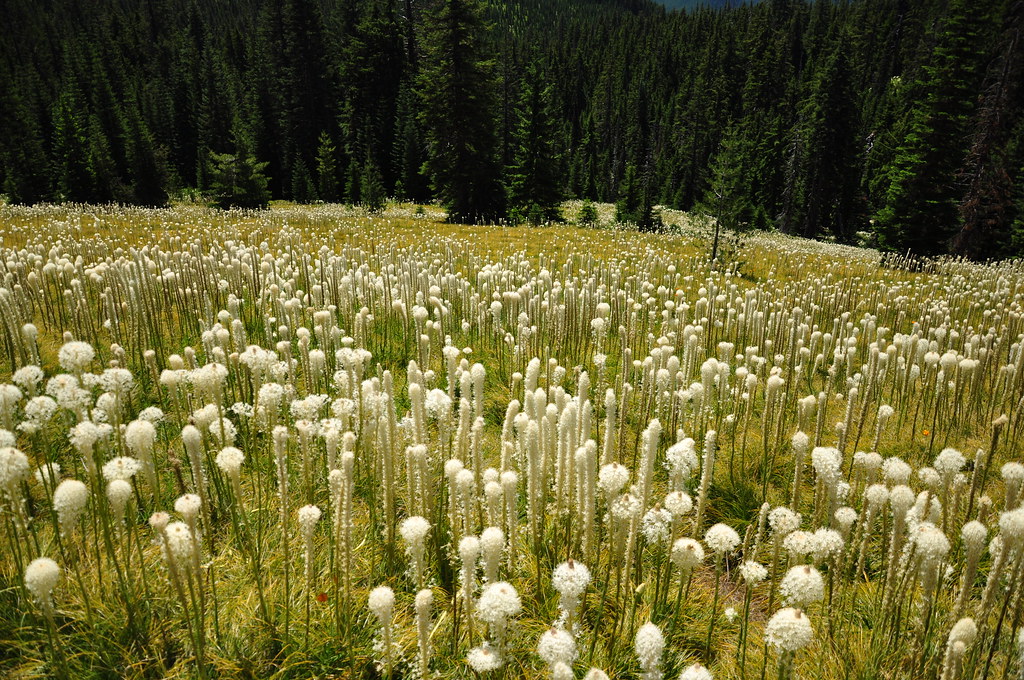 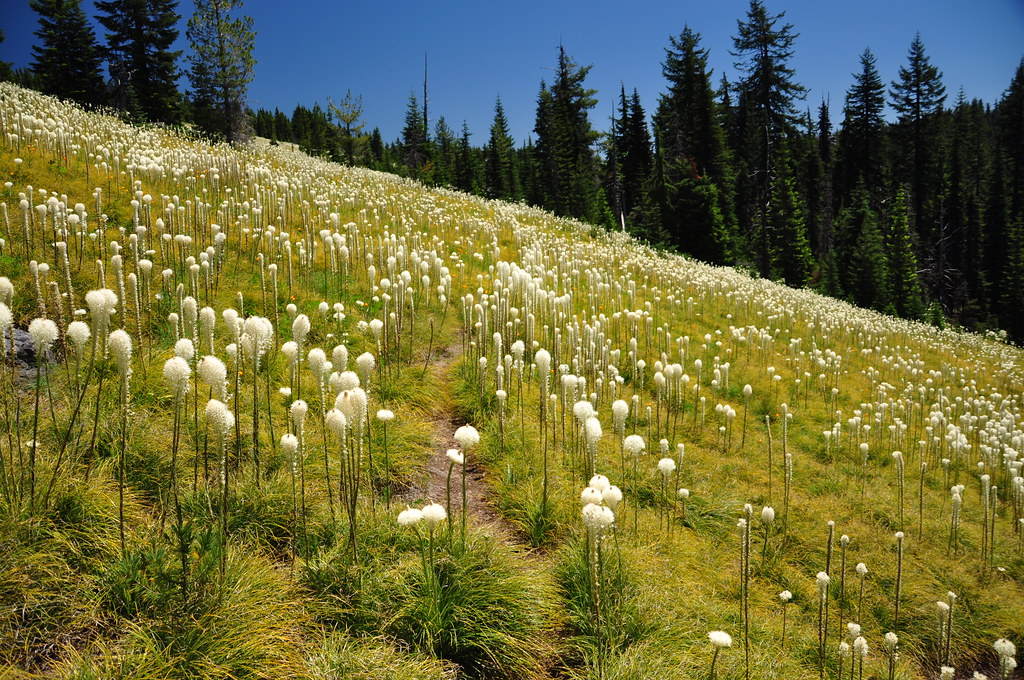 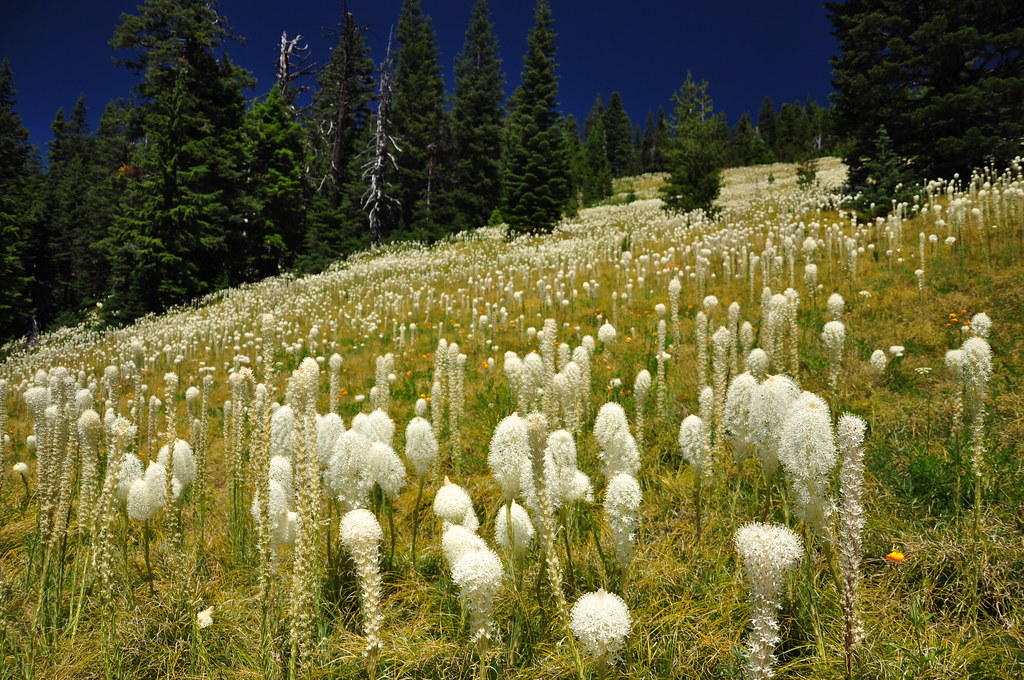 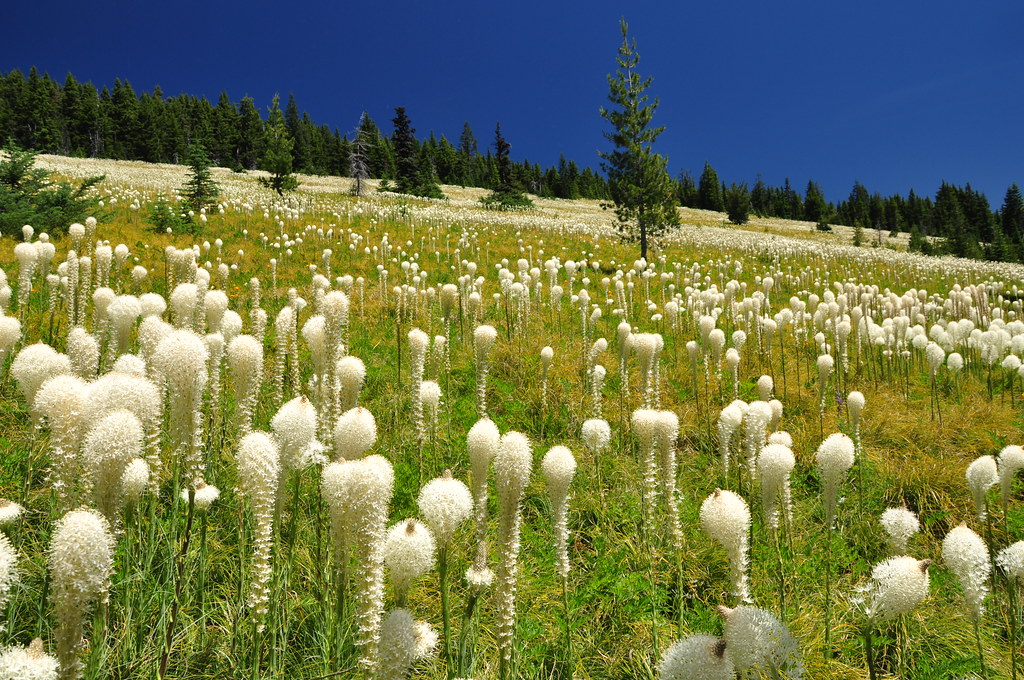 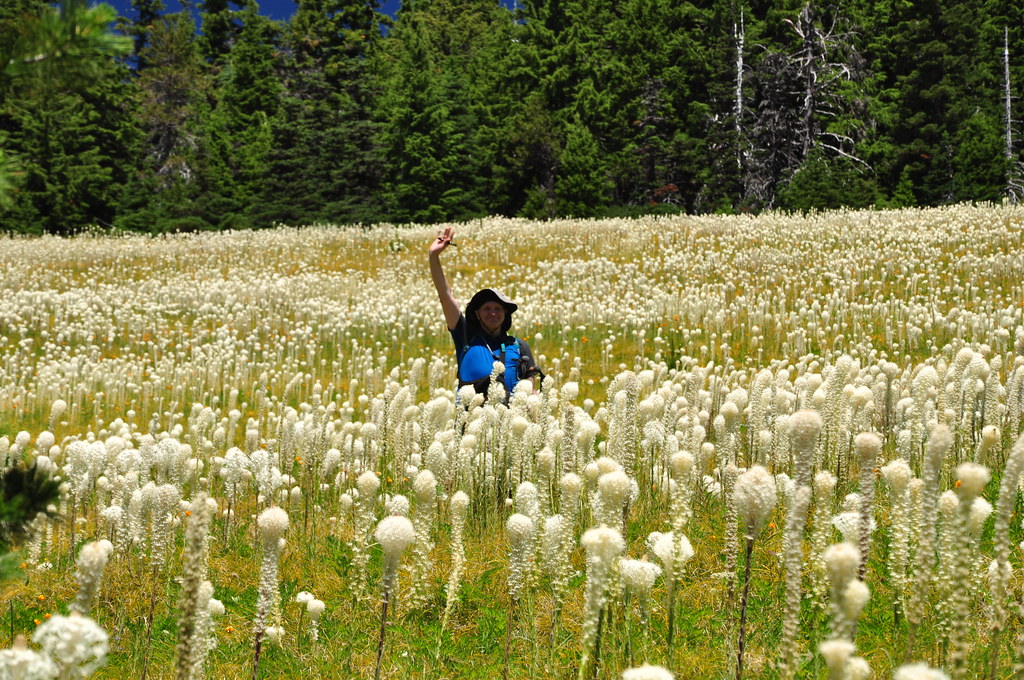 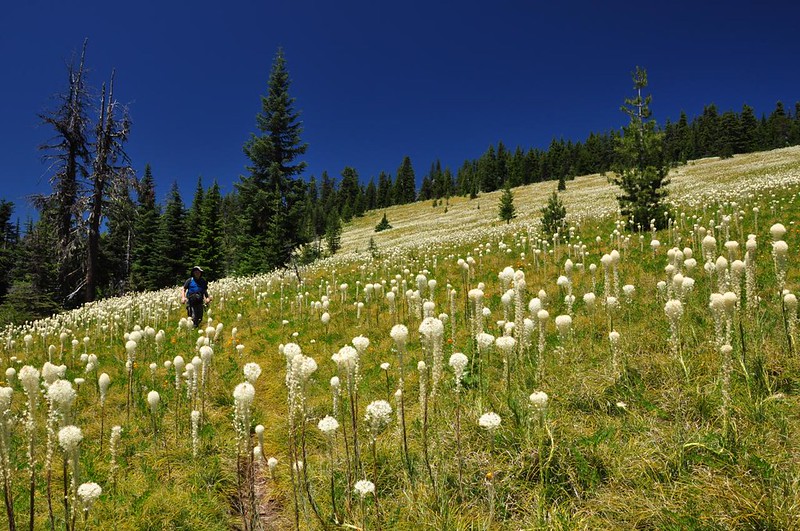 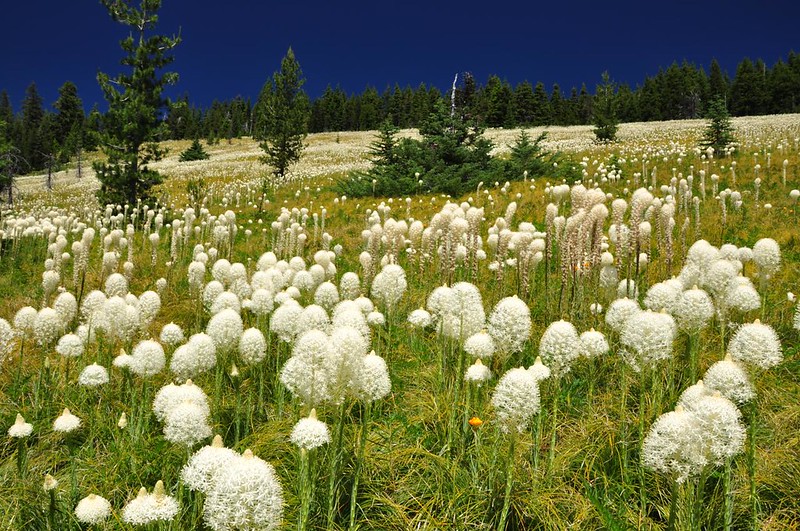 The trail tops out at Spring Prairie where, as I mentioned in my 2013 report, a fire lookout cabin was built here in 1930 before being moved one mile away in 1953. It shows up in this 1933 panorama photo:

Here is the foundation: 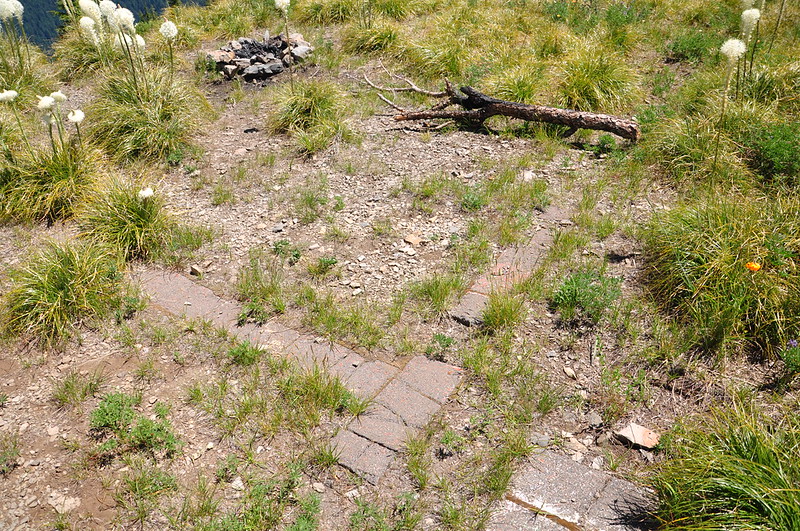 The views from here are pretty sweet. Three Sisters: 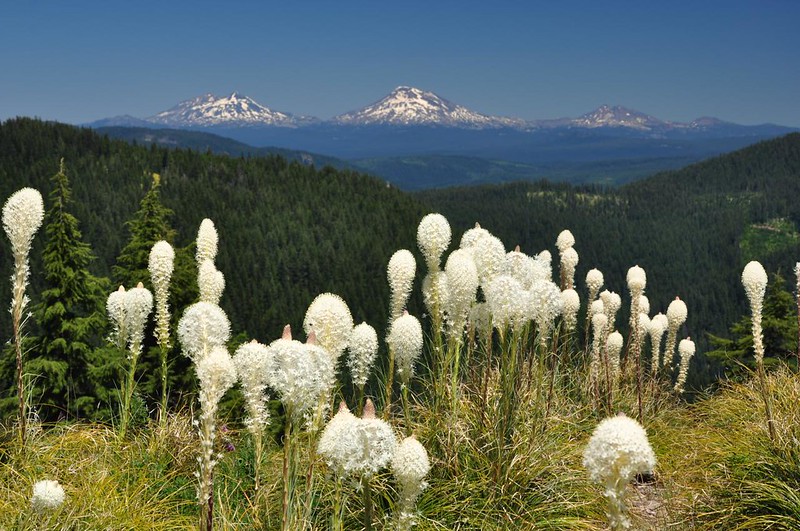 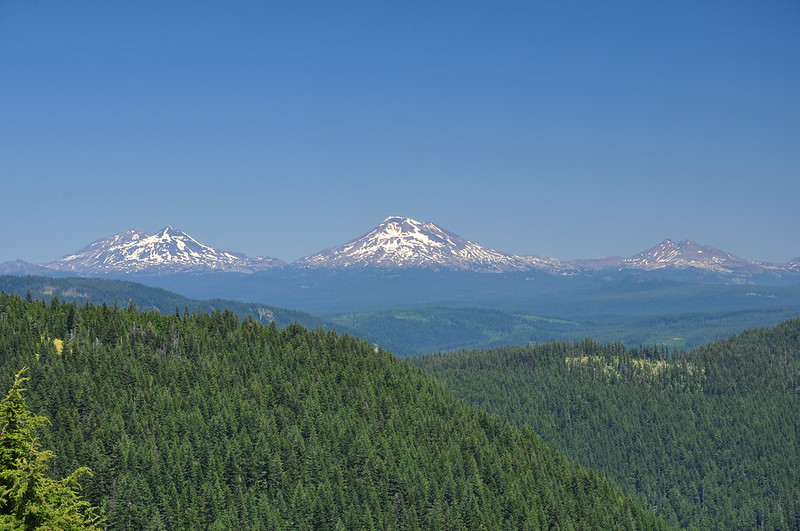 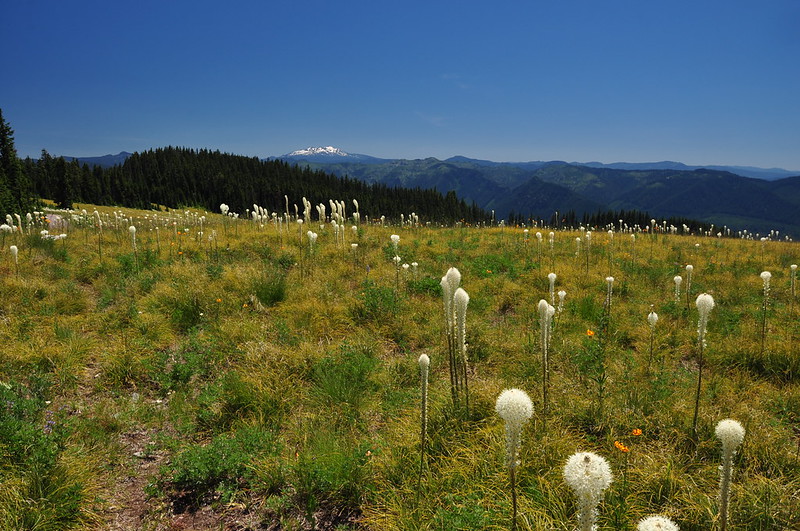 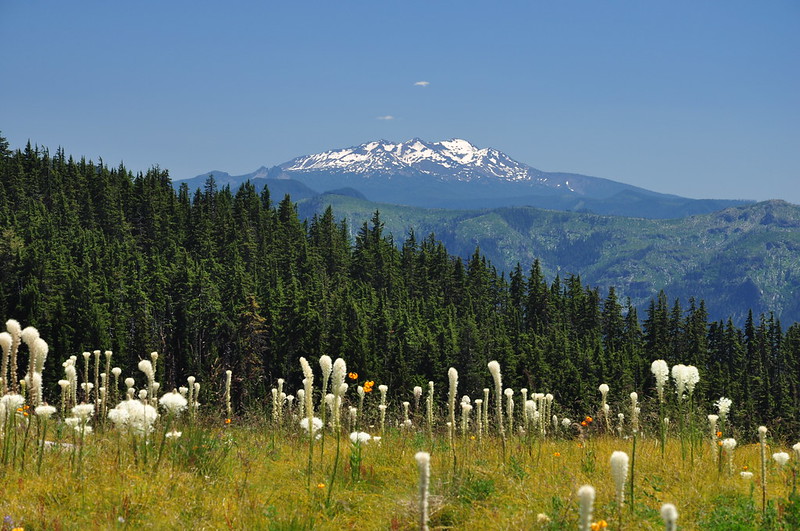 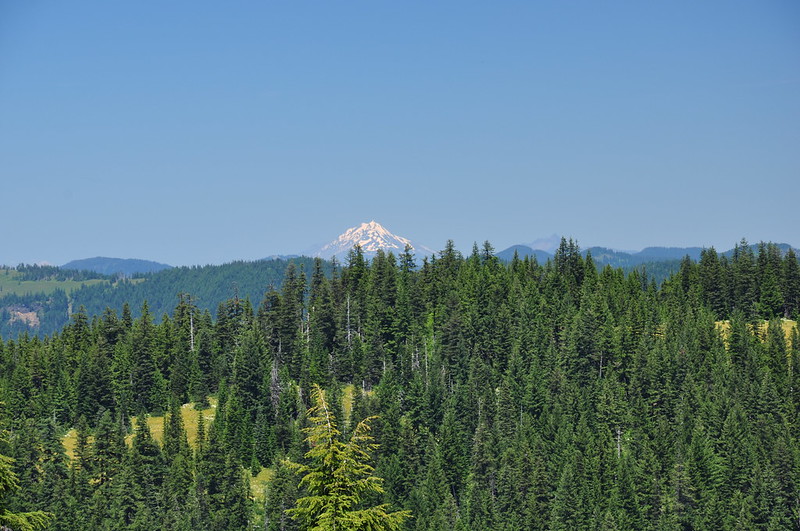 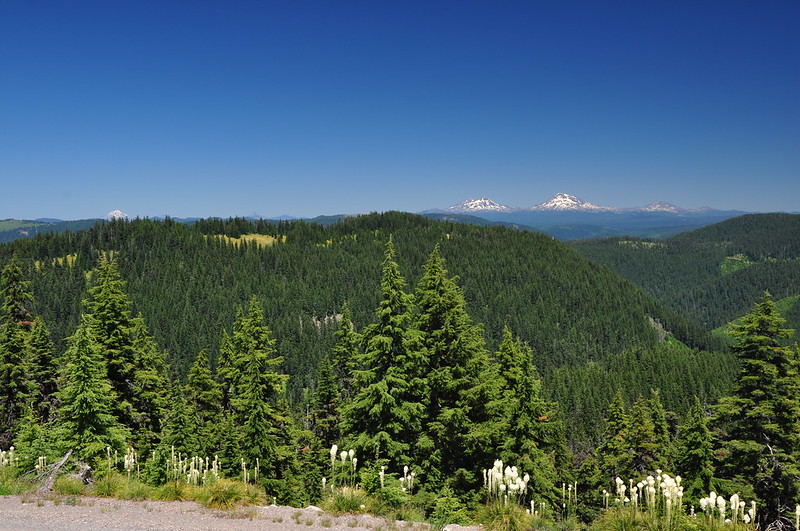 We got back to the car at 3:30 with many miles ahead of us until reaching the lookout, which we finally reached at 8:30. The detour was WELL worth it, though!