I spent this past weekend camped at French Pete Campground and exploring the area with some day hikes. On Friday I headed for the Three Sisters Wilderness to hike the eight mile loop that goes past Erma Bell Lakes and Williams Lake. 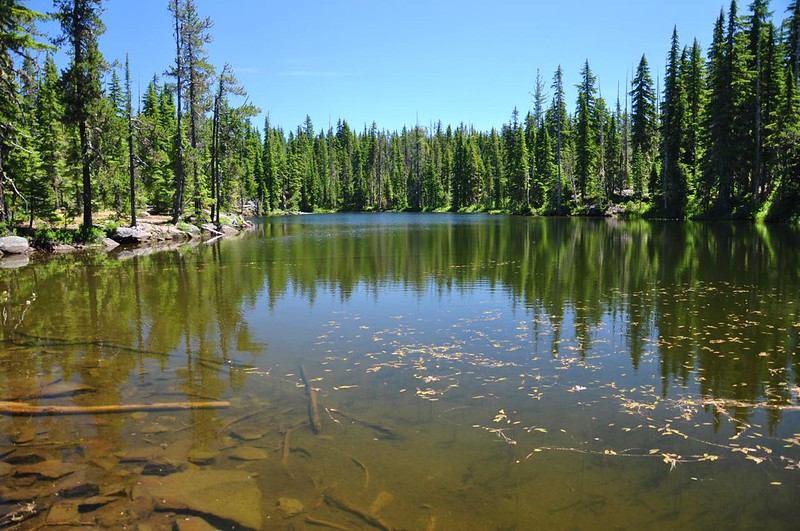 On the way to the trailhead I saw a doe and two fawns on the road ahead. That’s the second time in less than a week! 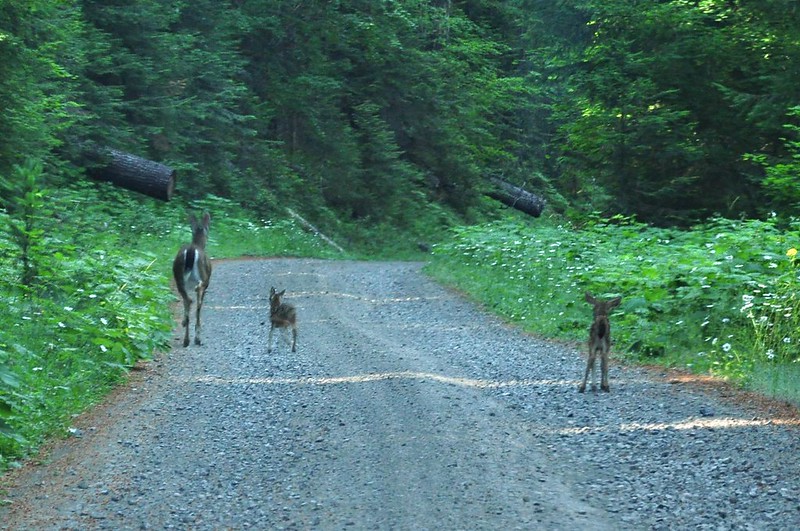 The fawn on the right didn’t know what to do. Rather than follow mom, it ran to the right and hid in the bushes right by the side of the road. I snapped a quick picture through the window then moved on so the poor little guy could reunite with his family. 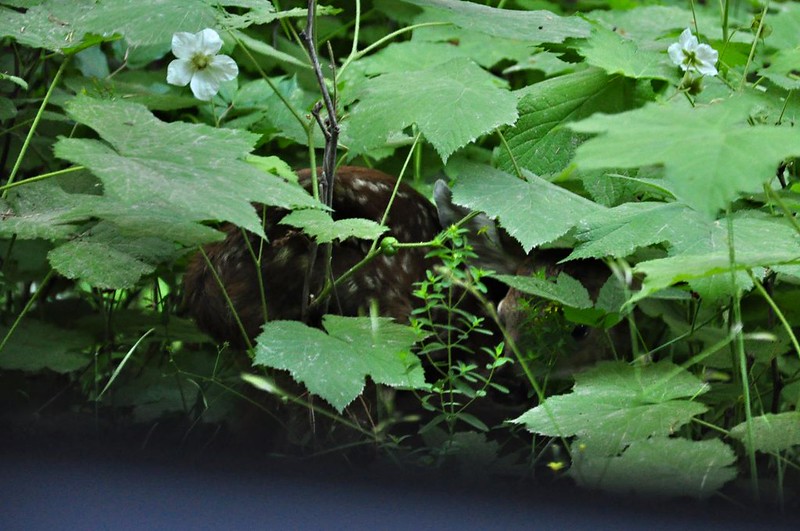 The trail is FLAT. It’s also shady. Both of these qualities were perfect for another scorching hot day. 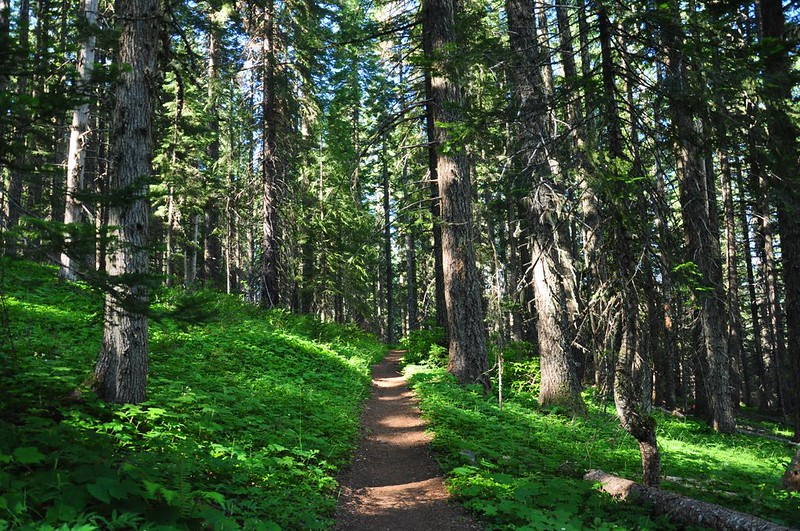 A young grouse exploded out of the brush and flew up into a tree, scaring the crap out of me. A few seconds later a sibling did the same and headed for a different tree. And then a much bigger grouse, surely the mother, followed suit, and made annoyed noises at me from her tree. Here’s a picture of the first grouse. 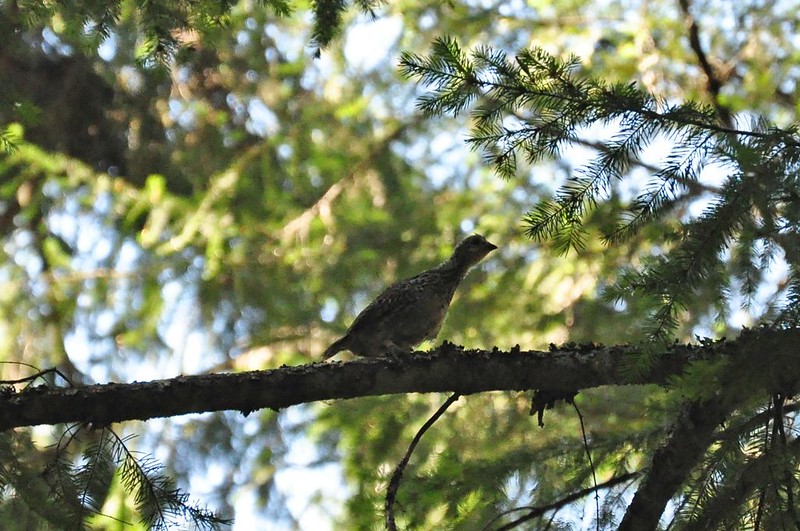 The lower of the three lakes. Sheesh, it was hot in the sun after being in the forest!

In-between the lower and middle lakes is a lovely waterfall, which the Northwest Waterfall Survey calls Erma Bell Lake Falls. It’s right off the trail and the partial viewpoint from the top is easy enough to get to, although to get to the bottom requires a bit of scrambling on a steep booth path. 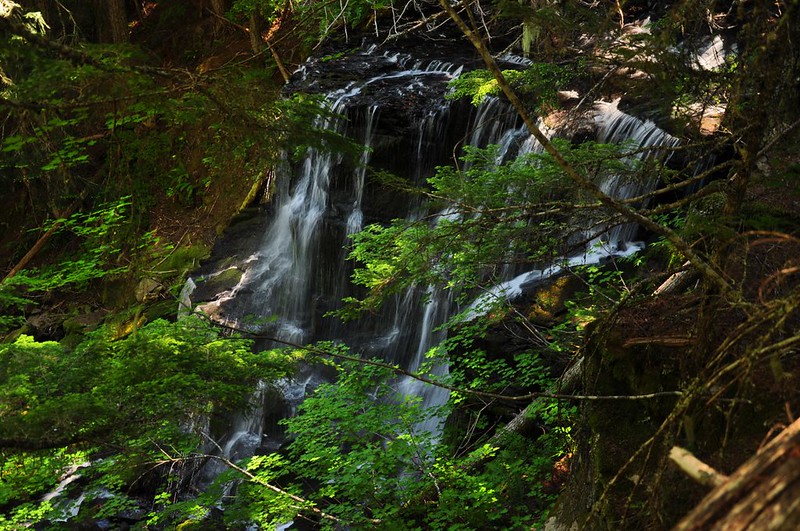 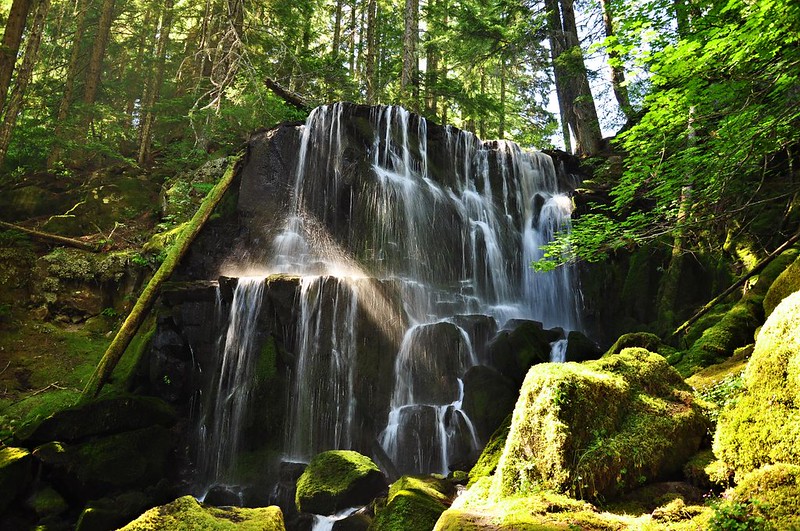 If you look at the topo map, it looks like there are a number of waterfalls on this creek downstream of the lower lake. The creek takes a dive off the plateau on its way to the Middle Fork Willamette River. Steep terrain there.

The middle lake. Man that water is CLEAR! 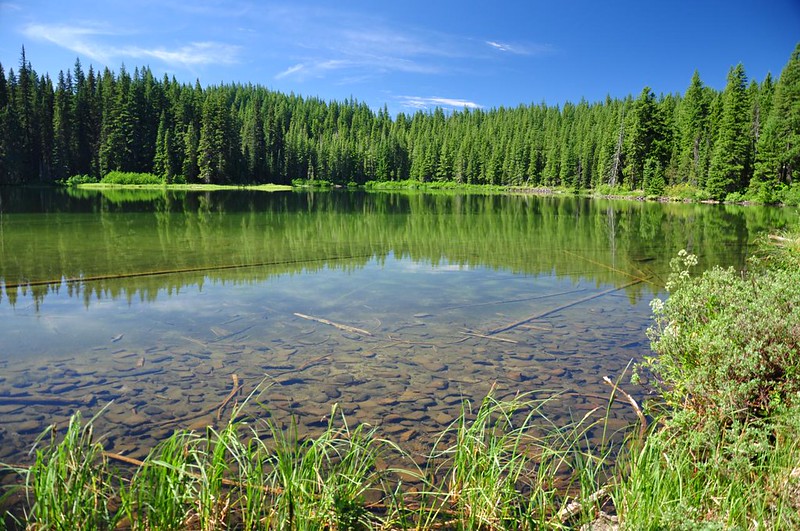 There were quite a few iridescent blue dragonflies at this lake. 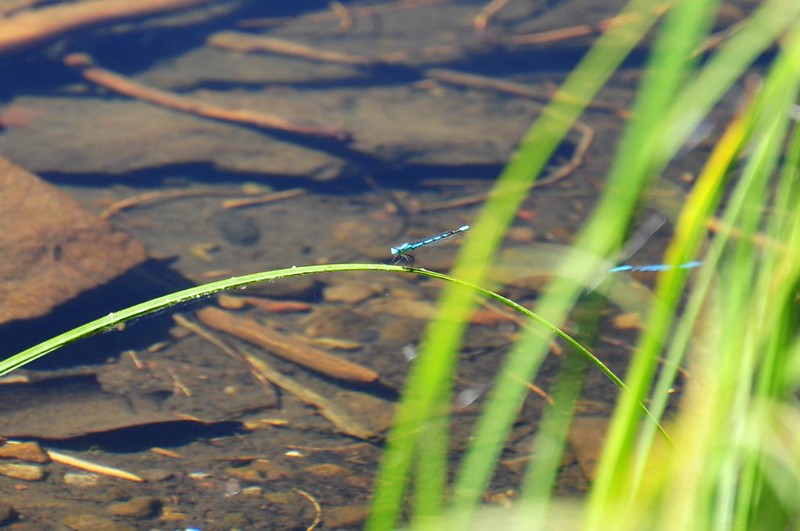 I get the sense that all three of these lakes are very popular backpacking destinations. There were signs everywhere about camping in designated campsites only. Unfortunately the Forest Service doesn’t provide any maps or guidance about finding these designated campsites. They don’t even tell you how many there are at each lake.

At last, Williams Lake! This is where I allowed myself a nice cool dip, although frankly the water was shockingly warm. There was none of that adrenaline rush you get dipping into a cold body of water, because it was not cold at all. Still felt refreshing though! 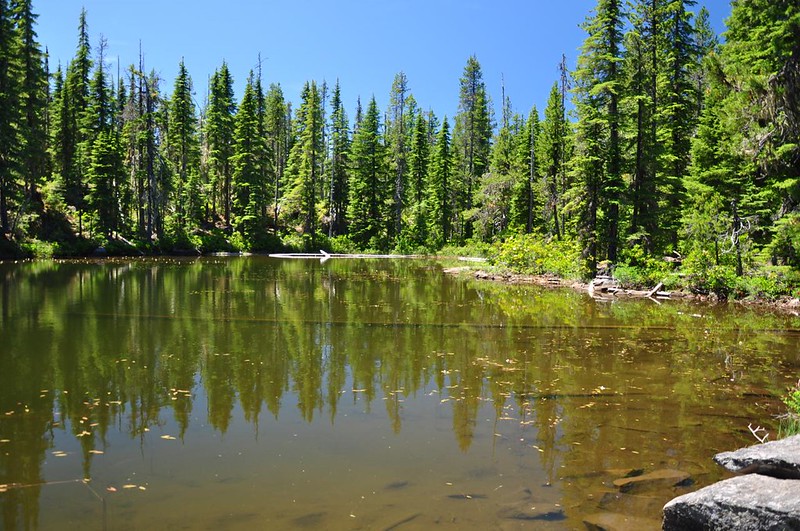 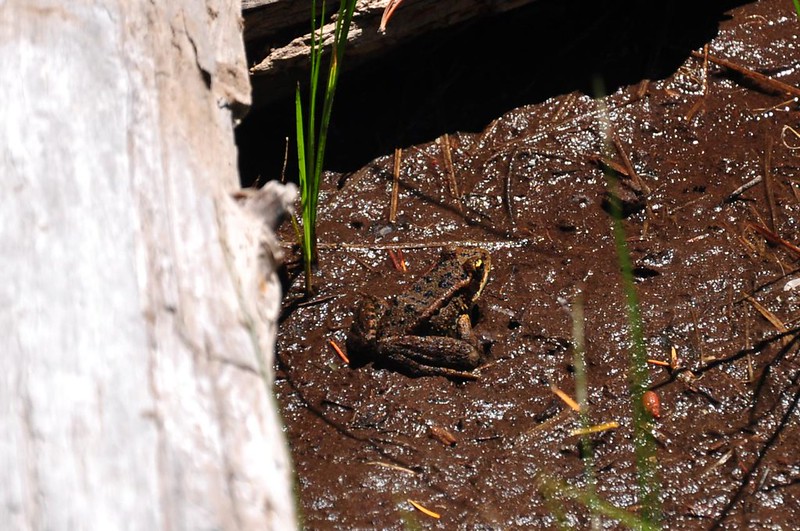 After lingering at the lake for awhile, snacking and soaking, I continued on to finish the last part of the loop. After a long dry stretch through the woods, Otter Lake was the last lake on the loop: 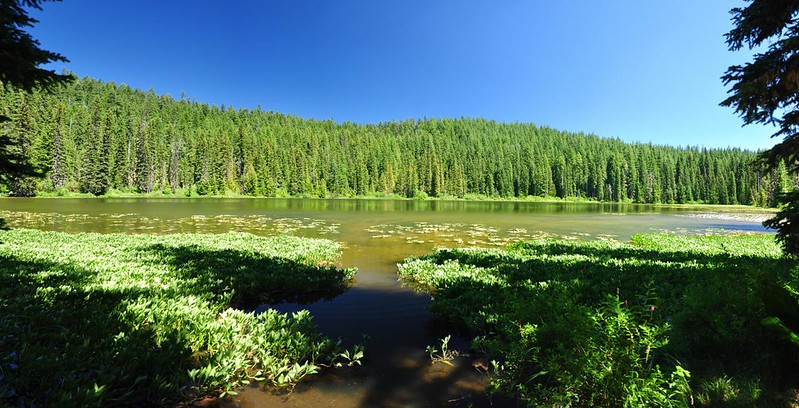 Considering it was a holiday weekend and considering the presence of so much swimming potential, I was surprised to see no other hikers on the trail. The only people I saw were some dads and sons who had already set up camp at the lower lake when I hiked by. There’s nothing spectacular and jaw-dropping about this hike, but it’s lovely all the same.