On the 4th of July I hiked up Chucksney Mountain. There is a 10.3-mile 2000′ EG loop trail that goes up to the summit and back down.

Since I was on my own I was able to get a nice early start and the hit the trail by 7:30. The trail climbs up and up and up through varying types of forest. There are actually some pretty big trees in here, which was nice. 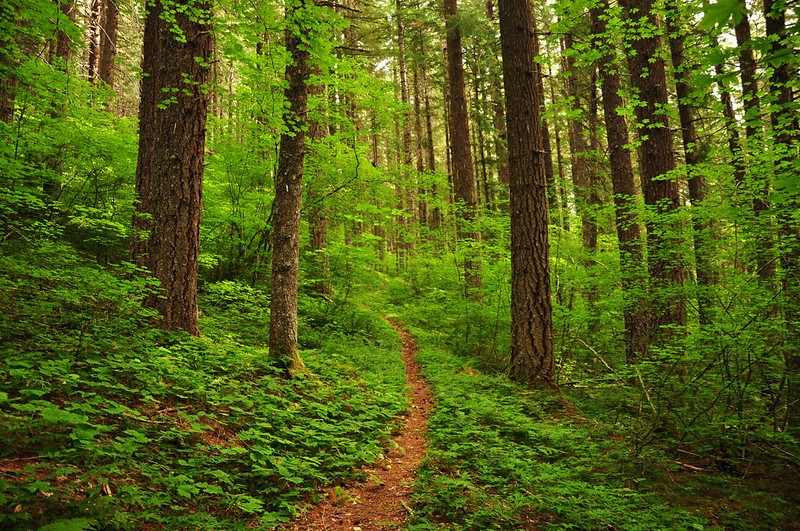 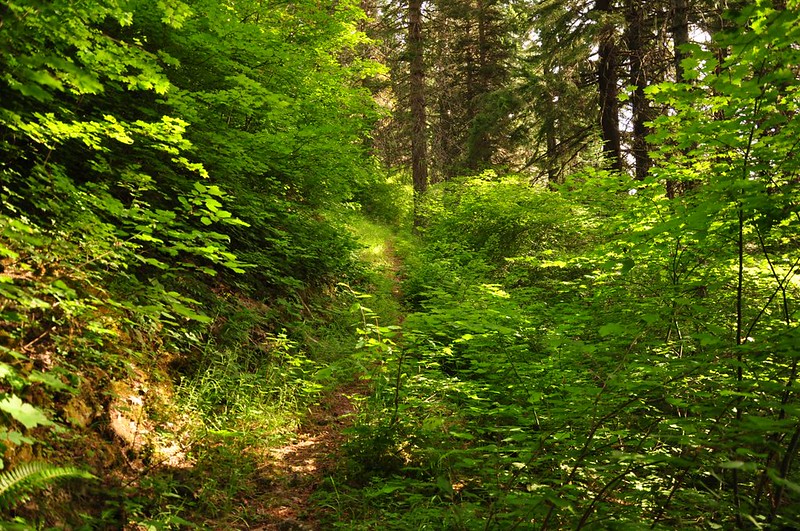 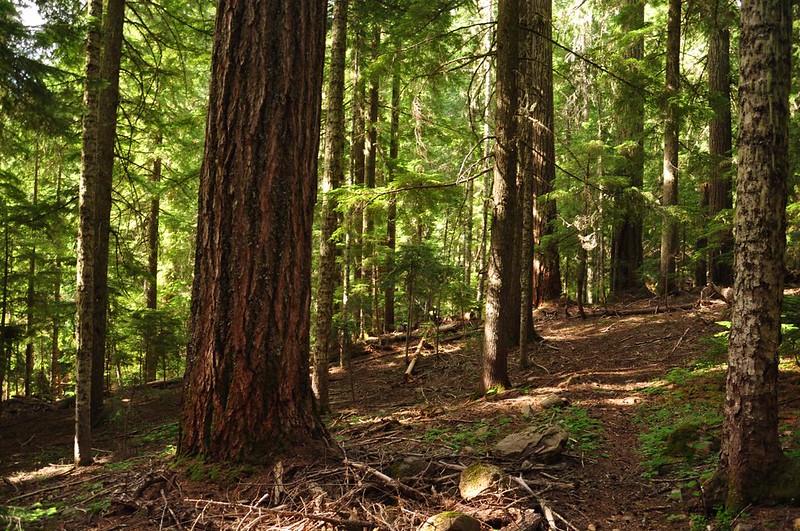 I started seeing some beargrass as I got closer to the top. Much of it was past peak, but not all of it. I can tell that it was a good beargrass year here: 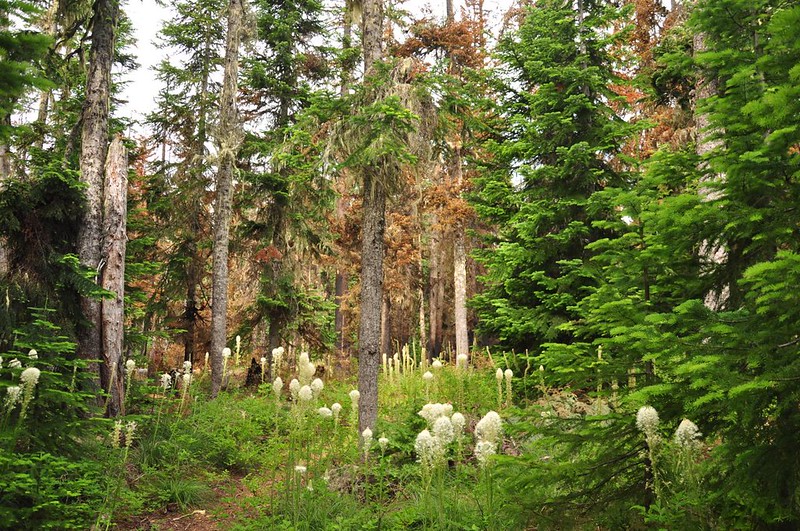 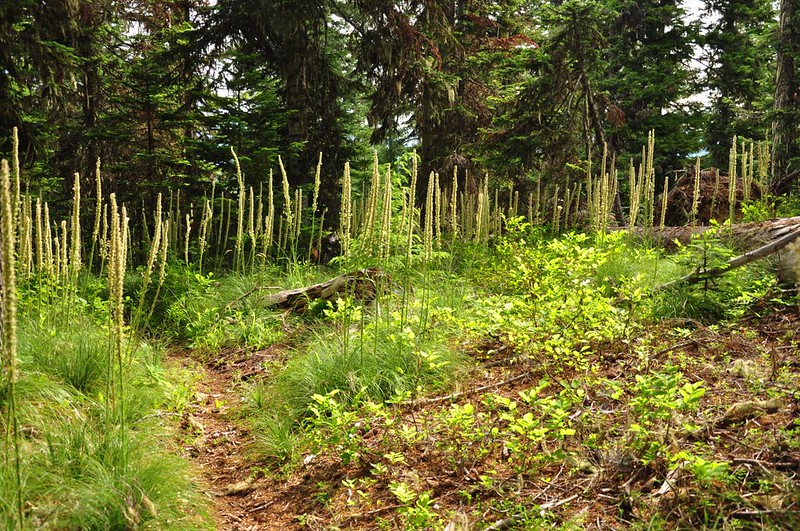 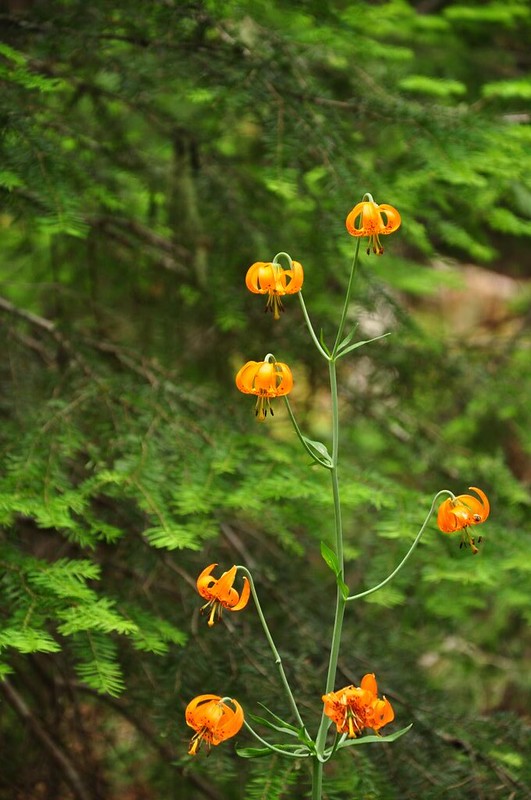 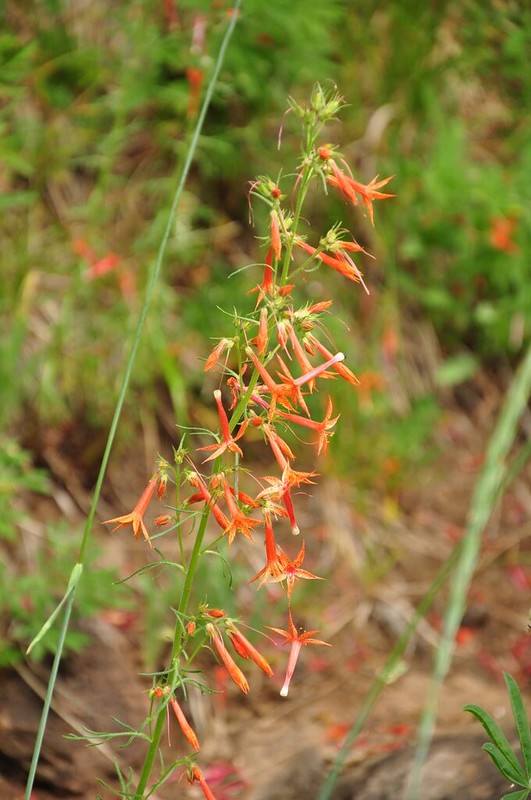 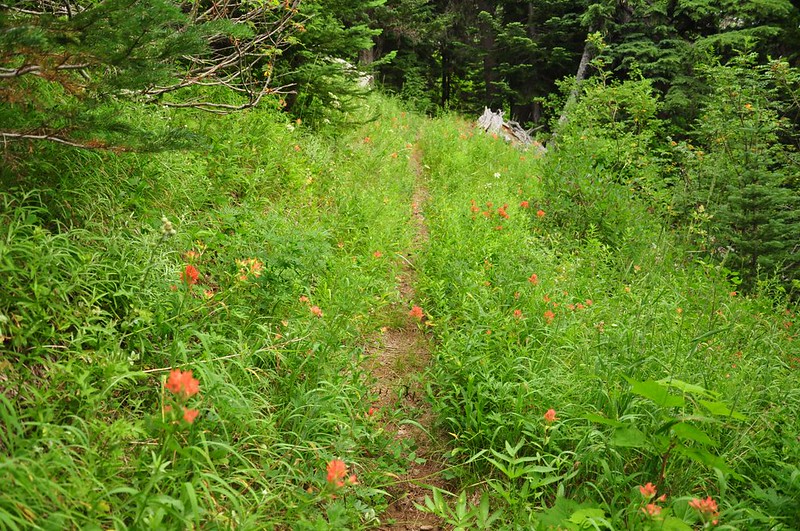 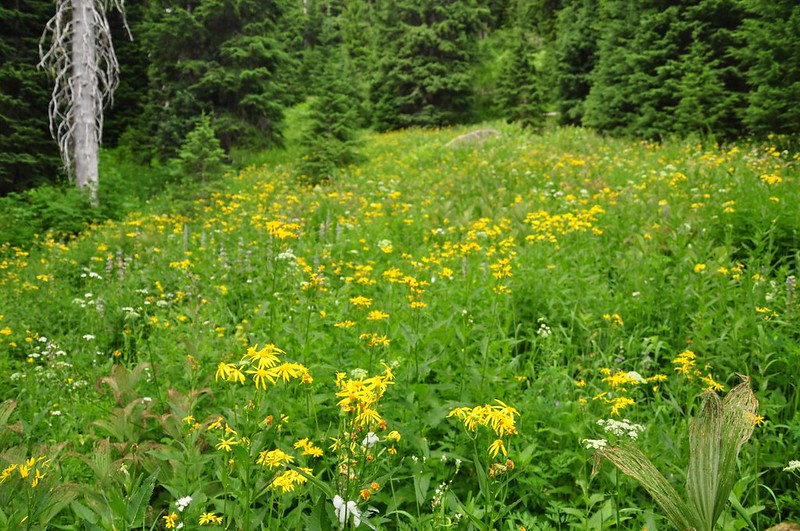 I came to one patch that had clearly been burned in the not too distant past. It still smelt ashy. It wasn’t too widespread, though, so they must have spotted it and put it out quickly. 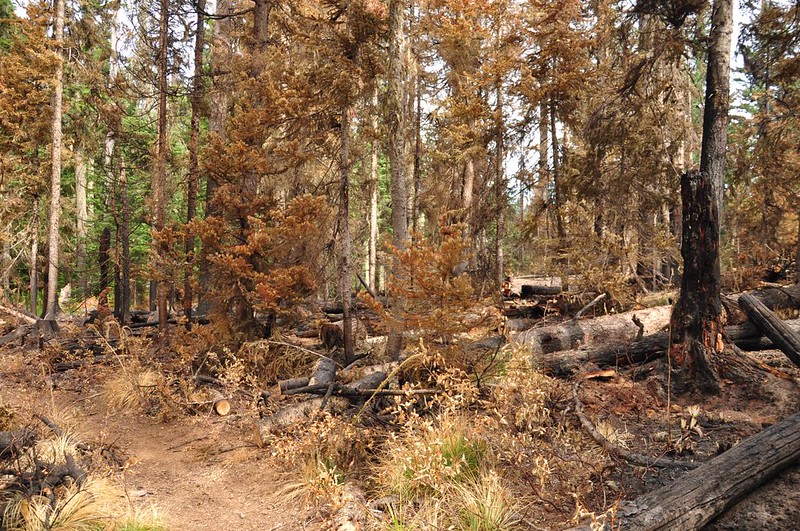 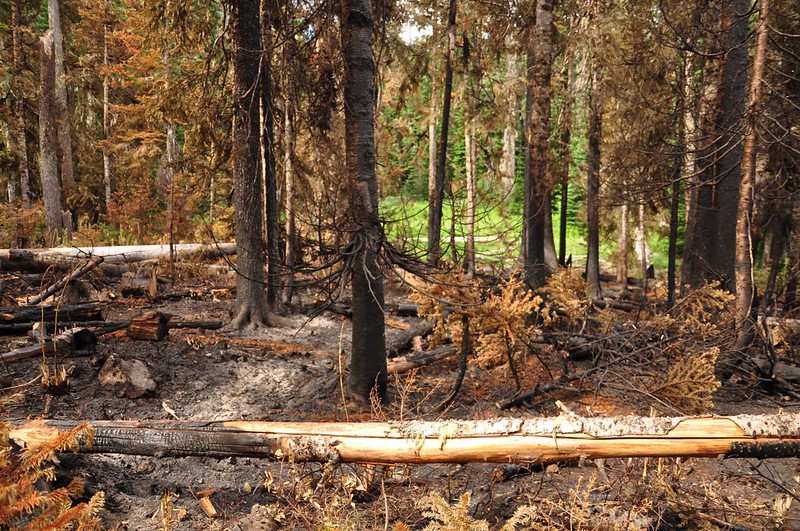 There was one section of trail near the top that traversed a west-facing grassy slope. The trail was completely obscured. This is looking back along the section I just hiked. 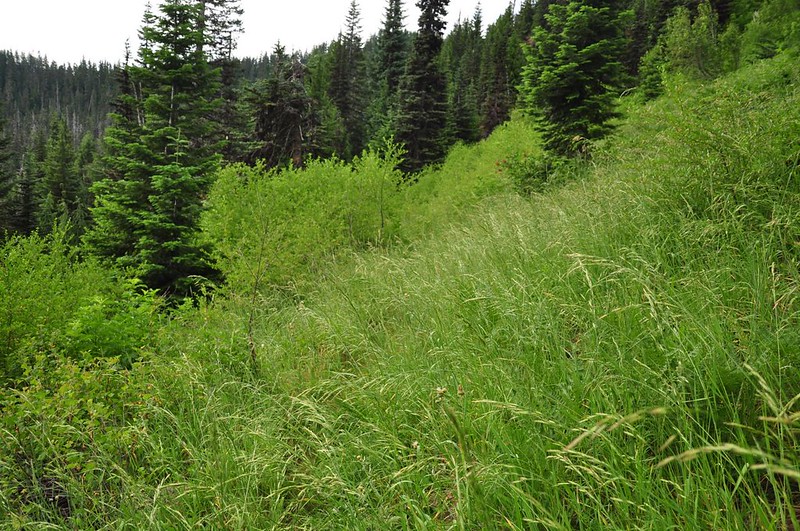 After all that climbing, finally the summit meadow: 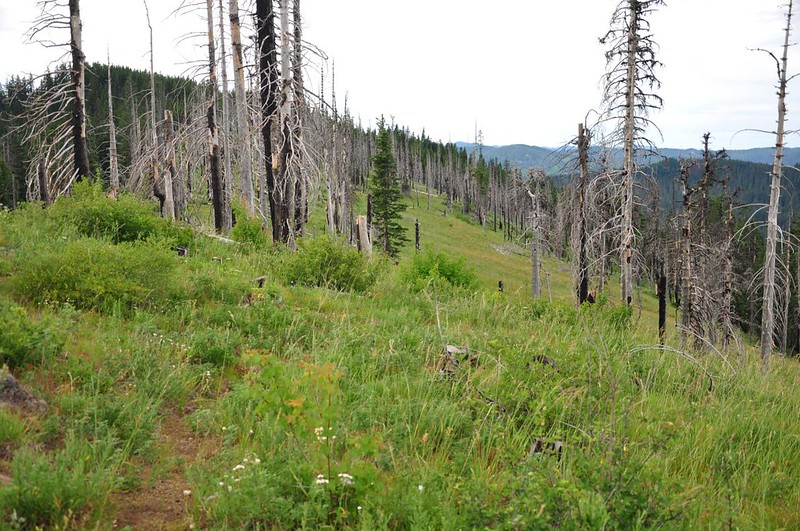 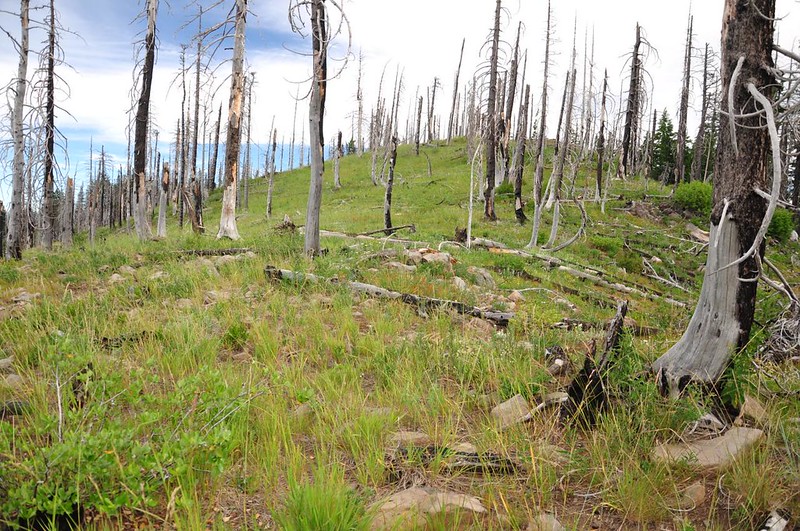 Apparently these meadows are known for good wildflower displays in summer. But the flowers were toast. I figure I was about 3-4 weeks too late for the bloom. The lupine had gone to seed and the beargrass were past peak. I don’t even know what other kinds of flowers there may have been, since I’m not good at identifying stuff just by leaves. 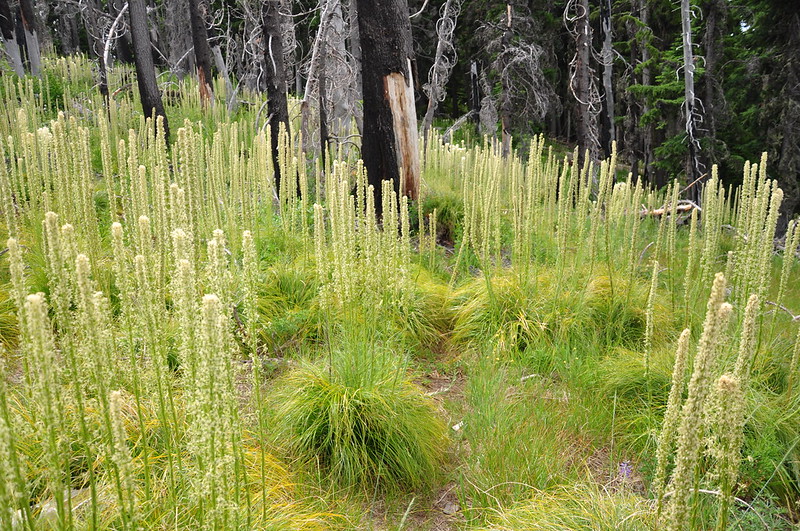 Here is an iPhone panorama looking east. I have no idea where all these clouds came from since the forecast called for clear sunny weather. 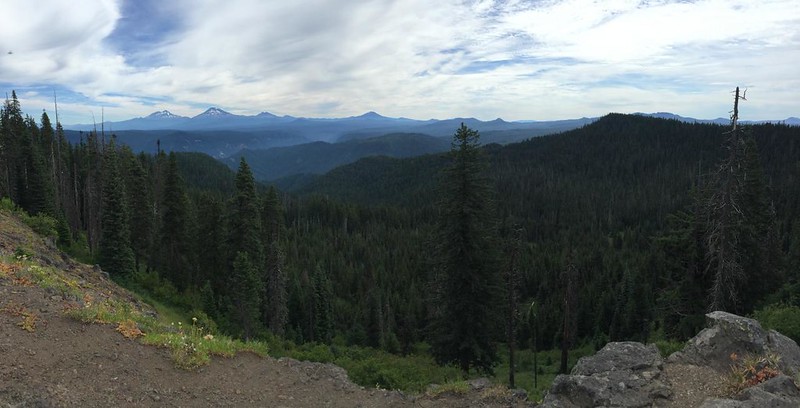 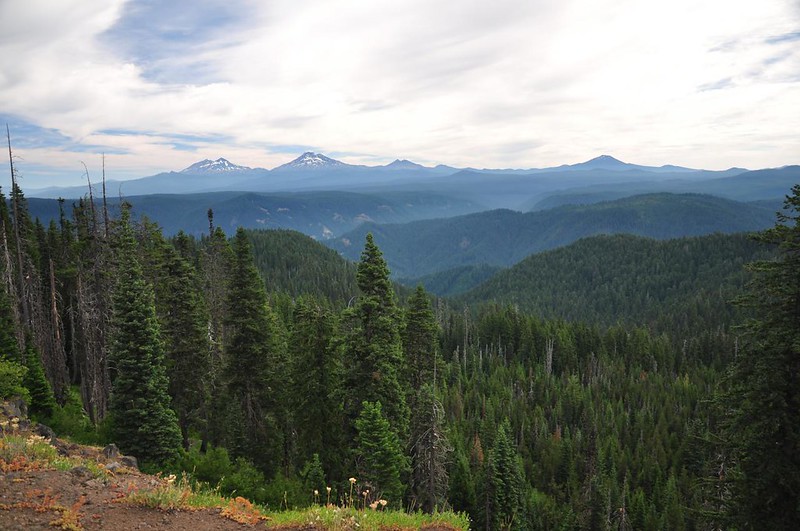 Looking west (the second one is an iPhone pano): 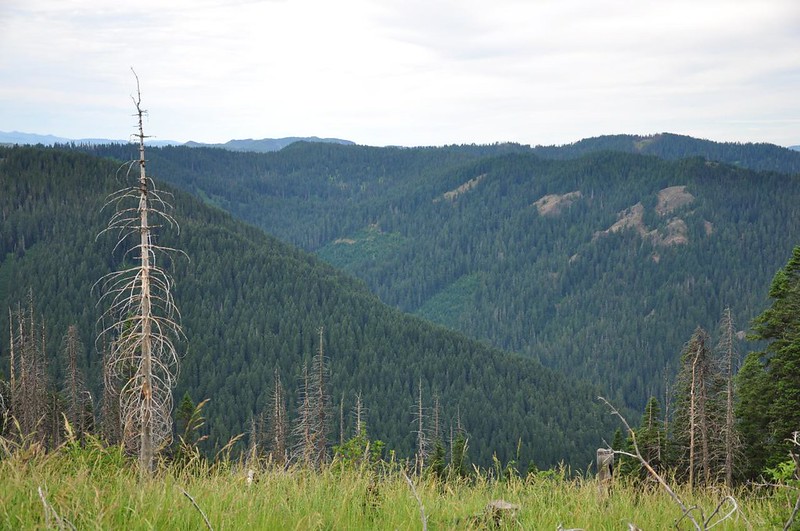 While I was sitting and snacking a butterfly came and posed on my pack. Thanks, beautiful! 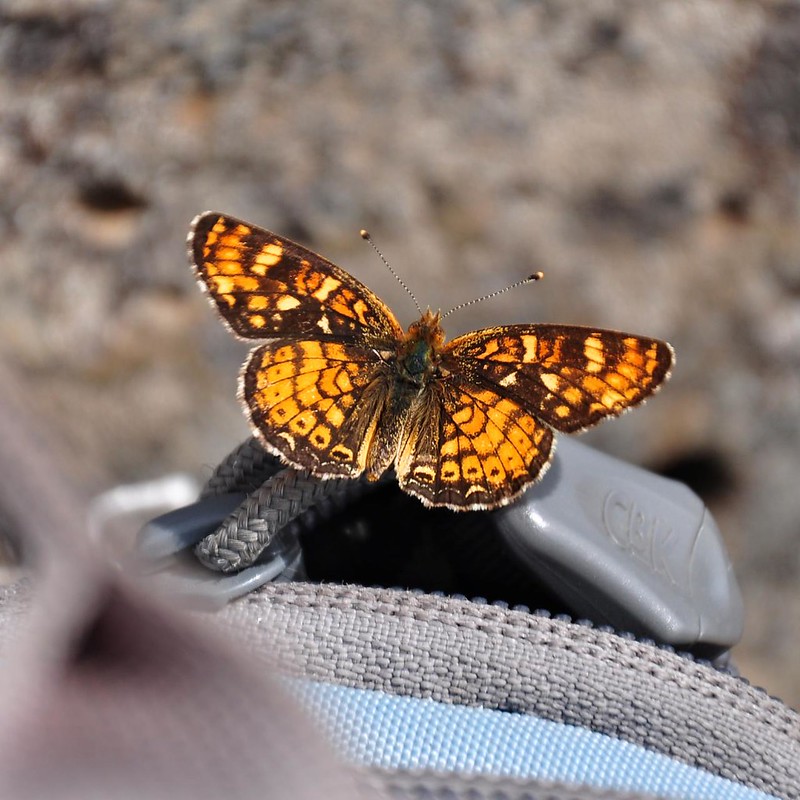 Not sure what kind of bird this is, but it too seemed in a posing mood: 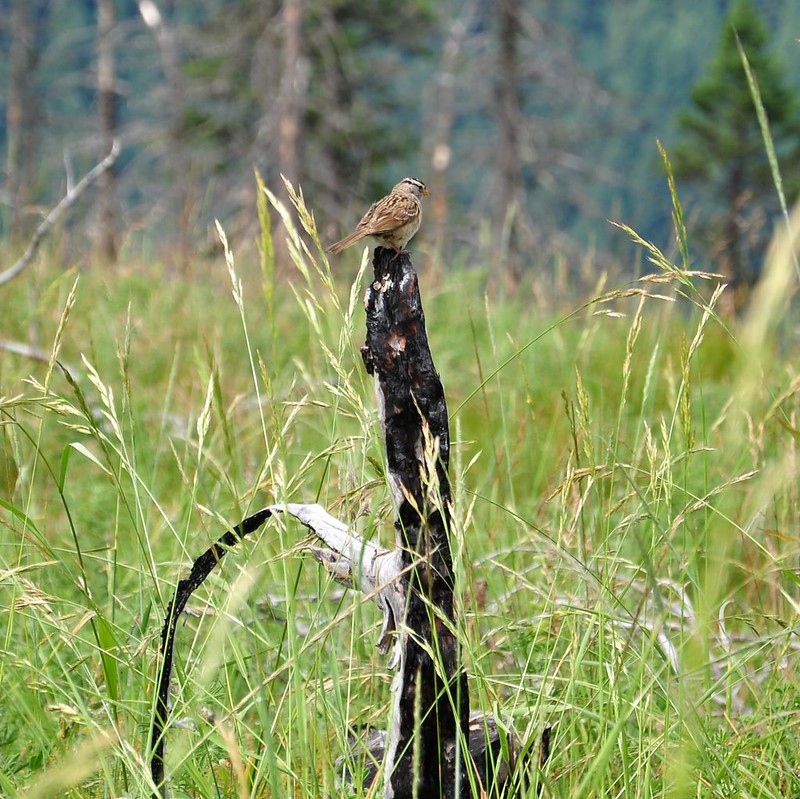 Once the trail re-entered the trees I saw the best beargrass I’d seen on the whole hike so far. It was as tall as me and only some of it was past peak. It was pretty abundant. 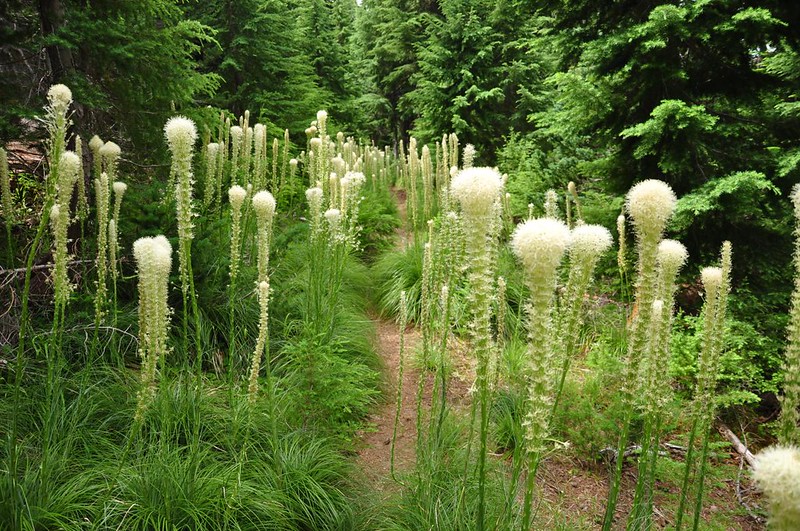 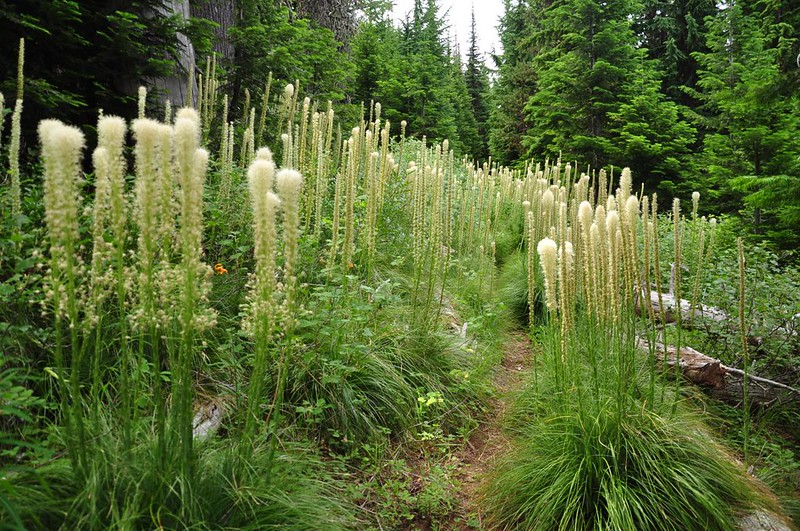 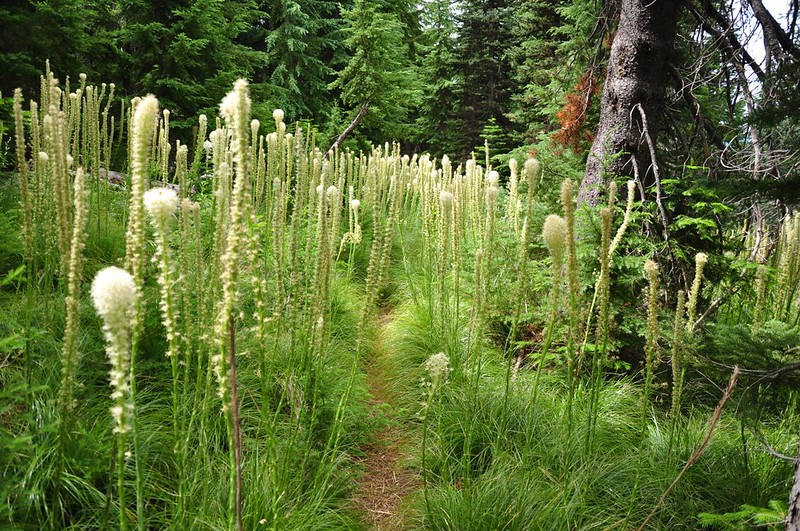 To loop back down I hooked up with the Grasshopper Mountain Trail and began the LONG descent back to the car. Seemed to take a long time, or so my knees thought. 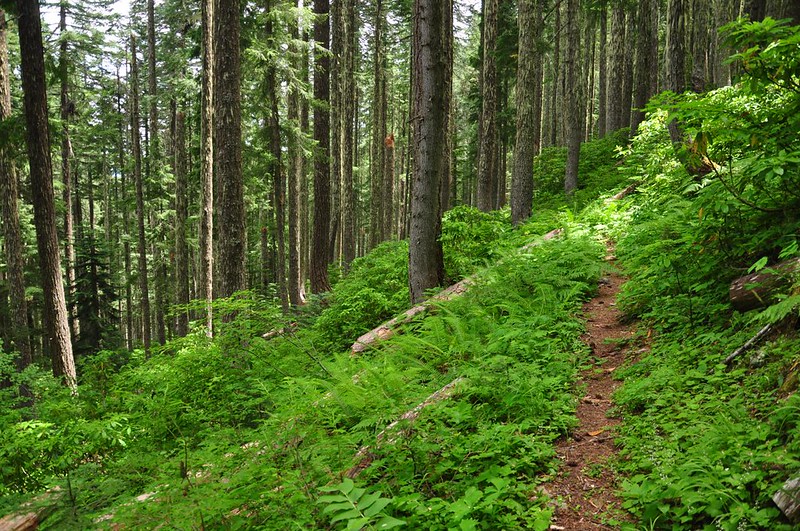 So, quite a long hike, at least for me. 10 miles is about my limit for one day. Wish I hadn’t missed the peak of the bloom, but at least I got to see some beargrass and nice views. BTW, the name of this mountain is from a local Indian celebrity made his home in the valley of the Middle Fork Willamette River, according to Oregon Geographic Names.

I don’t think this trail sees many visitors, although I did see signs of trail maintenance. In the fourth edition of 100 Hikes in the Central Oregon Cascades this is a back-of-the-book hike, but if you have a third edition it’s hike #72.