Greg and I spent the holiday weekend in Central Oregon where it was HOT and sunny. On Saturday we visited the Painted Hills late in the day so we could get the nice evening light. 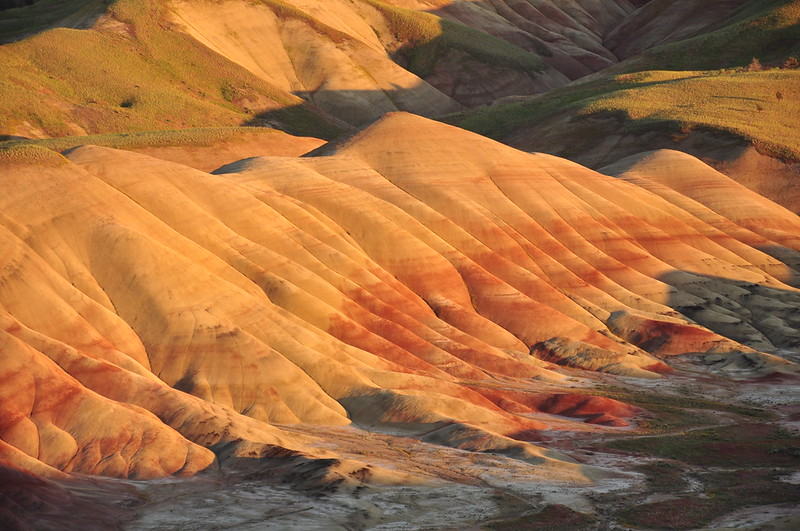 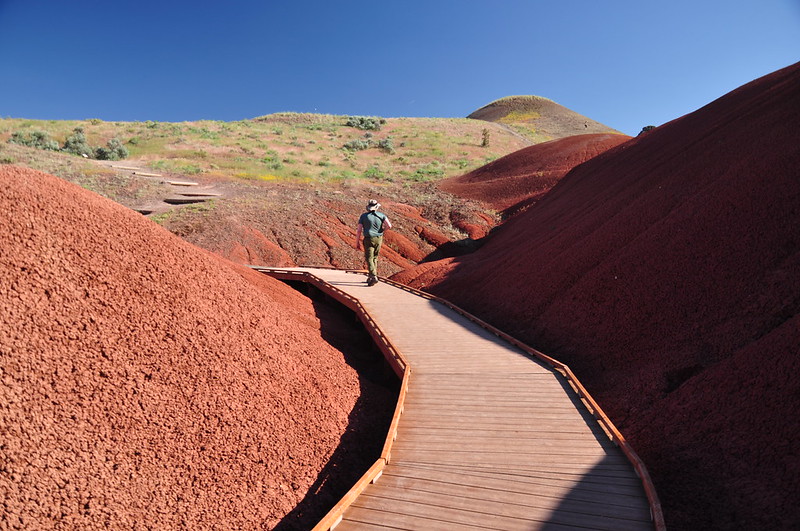 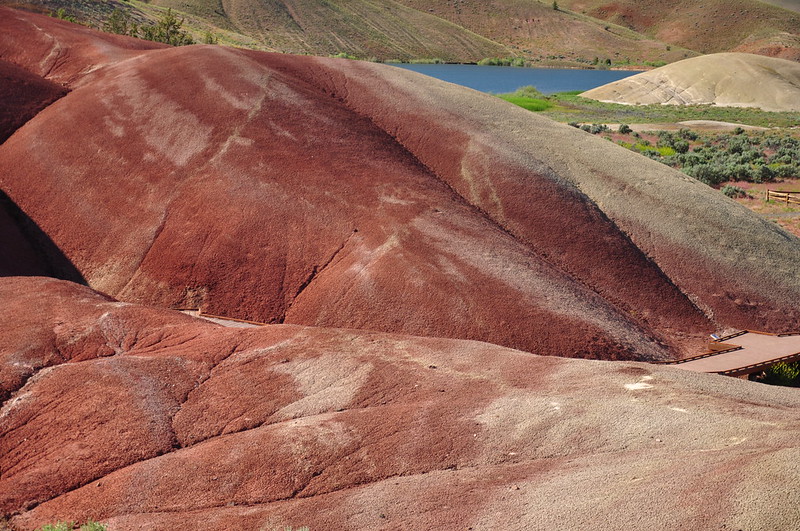 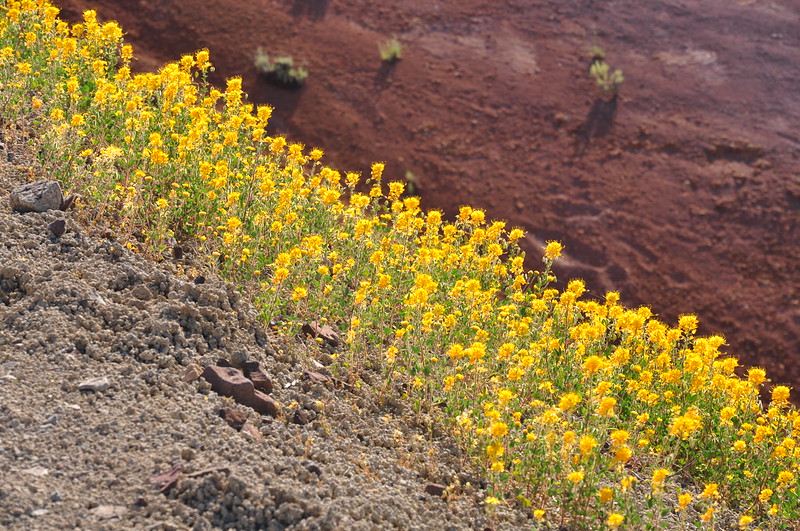 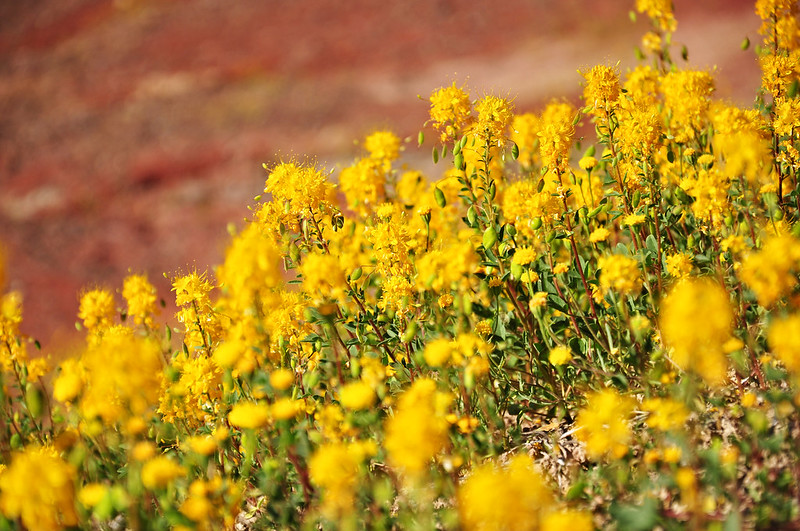 Then we drove down the gravel road and did the short Leaf Hill Trail. 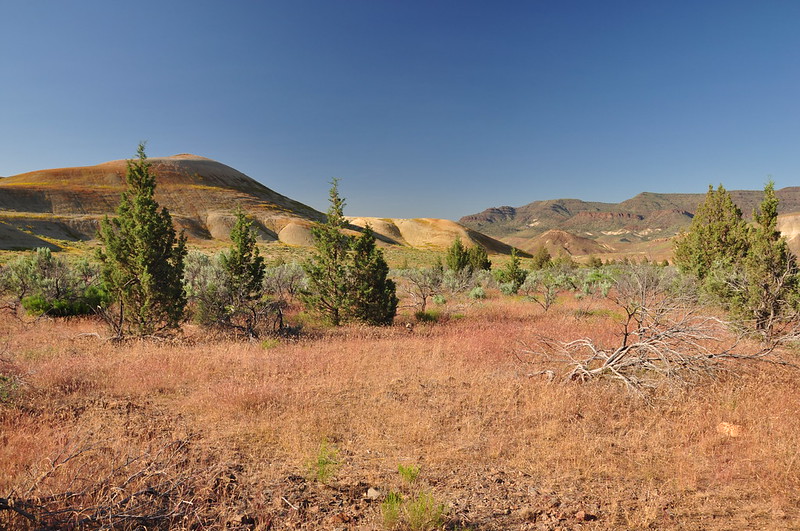 And then the Red Hill Trail, which leads – wait for it – to a red hill. As with all the colorful hills around here the red colors are from iron oxides and the yellows and oranges are from a blend of iron and magnesium oxides. 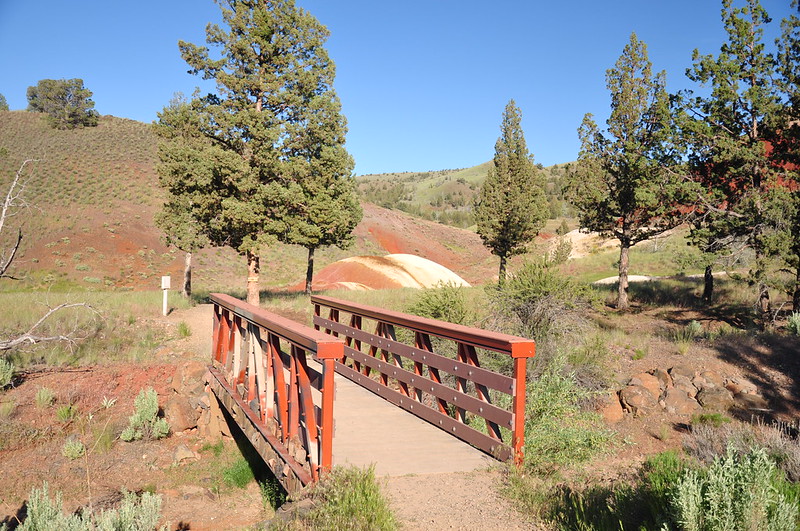 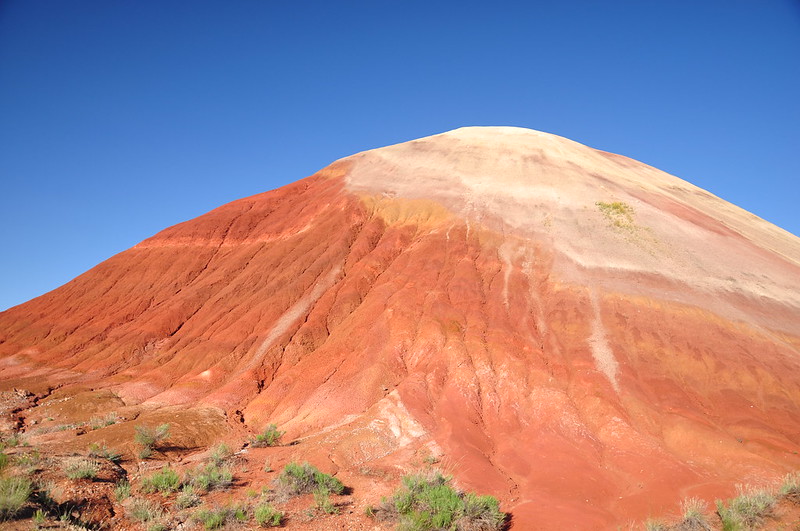 And finally we headed to the main parking area in front of the famous part of the Painted Hills. The light was looking great now! 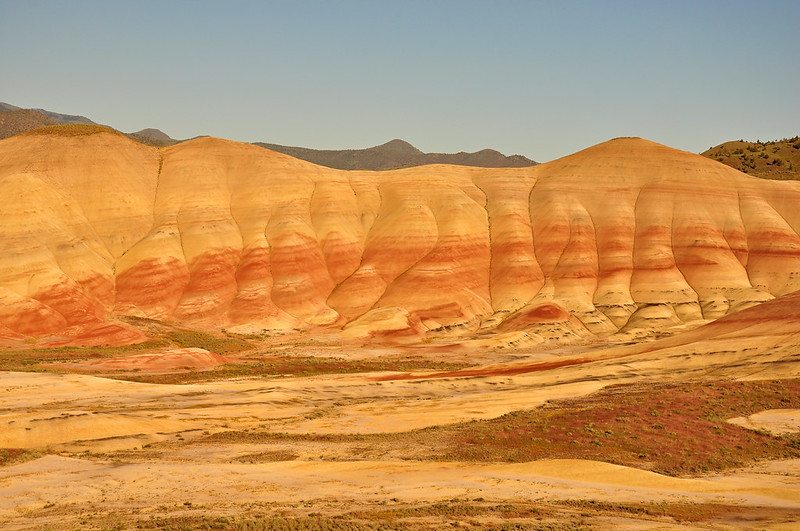 We headed up the Carroll Rim Trail and I was grateful that it was now in shade. Jeez it was hot. 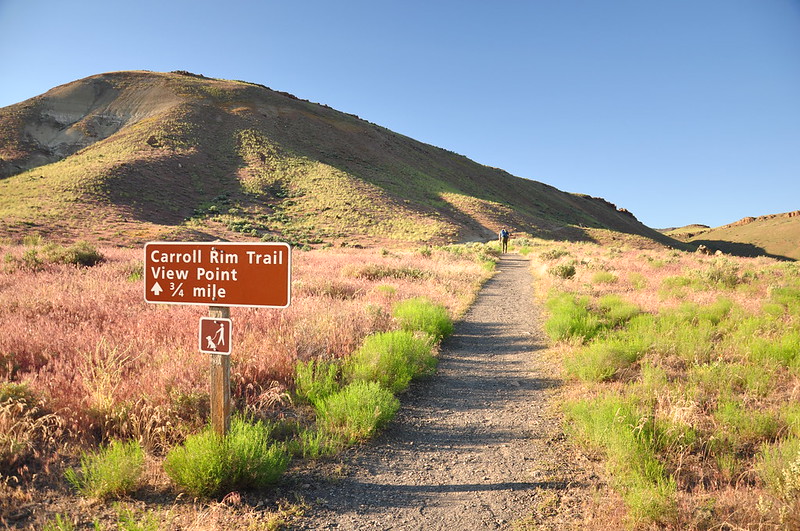 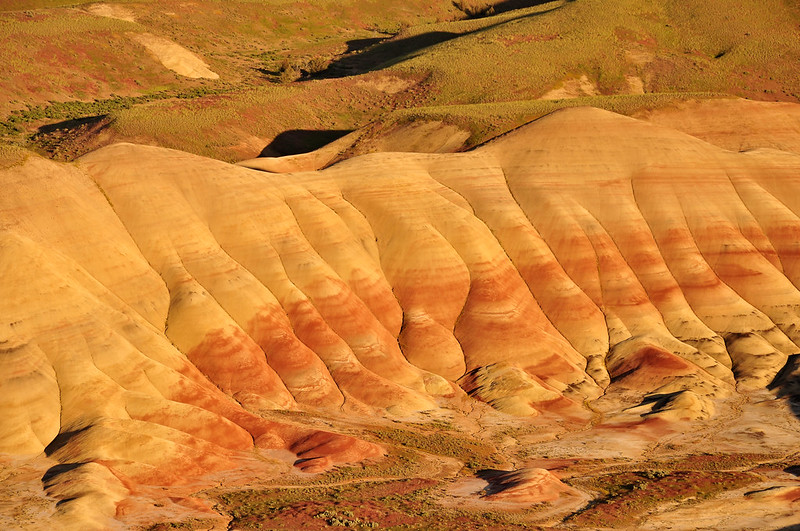 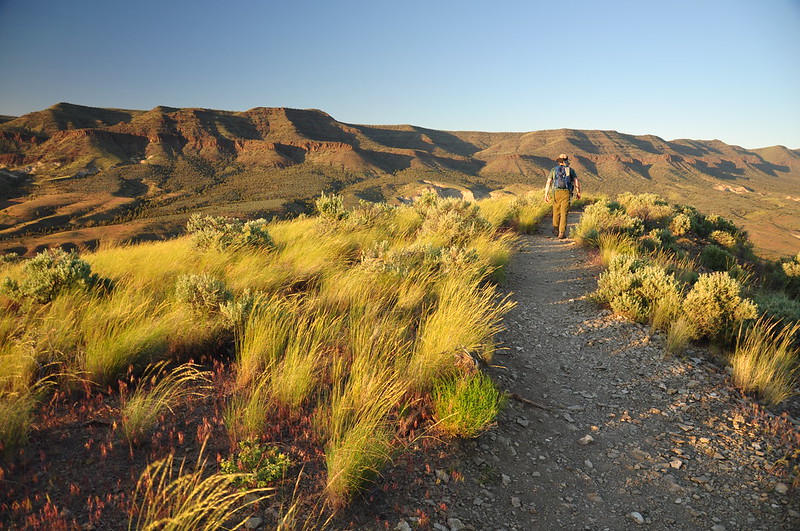 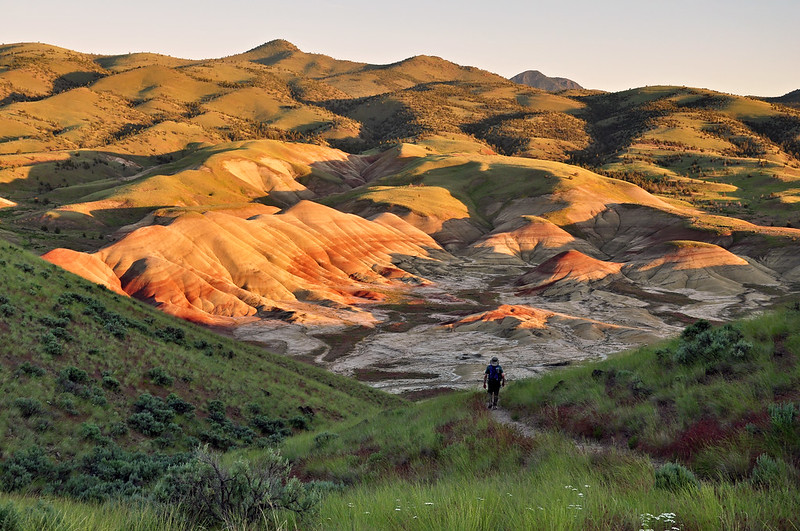 So glad we stopped here, although I was dismayed to see that this place has become a bit of a party scene and a magnet for bad behavior. We saw one couple walk away and leave their Jeep running (presumably to keep it nice and cool inside) at the Painted Cove Trail. There was a group who was running several drones despite signage on the entrance road clearly stating that drones aren’t allowed here. There was a large group in the main parking area that was having some kind of picnic dinner, which was fine, but they had music blasting from their vehicle. Although we didn’t witness anyone going off-trail, we saw evidence of past off-trail use at the Painted Cove Trail and the Red Hill Trail. The footsteps leave scars in the clay hills that remain for a very long time. I was here on Memorial Day Weekend in 2011 and it was nothing like this. I hope the Painted Hills don’t become trashed and overrun with people who don’t respect the place.