This year the 4th of July fell on a Wednesday so Greg and I decided to make it into a five-day weekend. I suggested we go backpacking in the Trinity Alps Wilderness but Greg wanted to see wildflowers and suggested we go to the north side of Olympic National Park instead. Sounded good to me, but then the weather forecast for that area looked cold and damp so I suggested we go back to the Mt. Ashland area. We camped there last year over the 4th of July hadn’t been able to access most of the trailheads due to a large snowbank on Road 20.

So this morning we loaded up the car and after a long delay in getting out of the house we finally hit the road at 10am. We arrived at the Mt. Ashland Campground at 4:45 and got the second-to-last campsite. The last campsite was snatched up 10 minutes later. After many trips from the car to the site, we finally got everything set up: 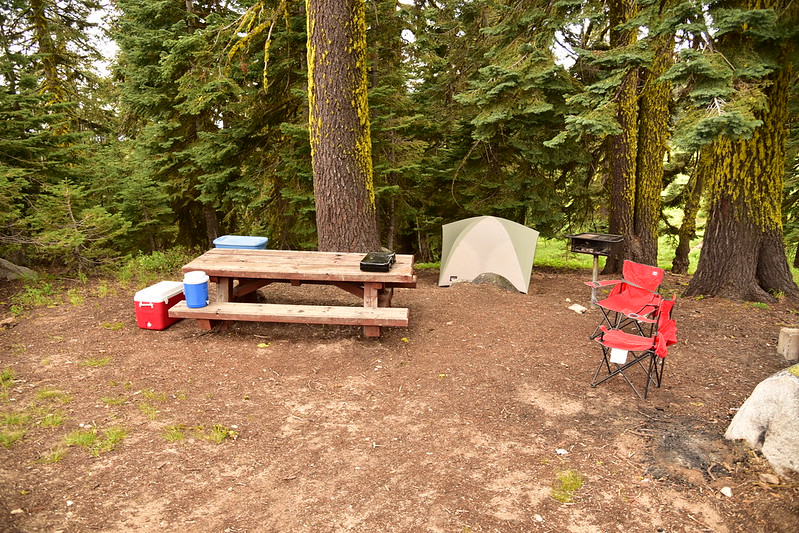 We couldn’t see Mt. Shasta like we could last year. A ranger came around checking on everyone to make sure they were being responsible with campfires and he told us that the air was hazy because of the Pawnee Fire and Yolo County Fires down near Sacramento. Jeez, that’s over 200 miles away! 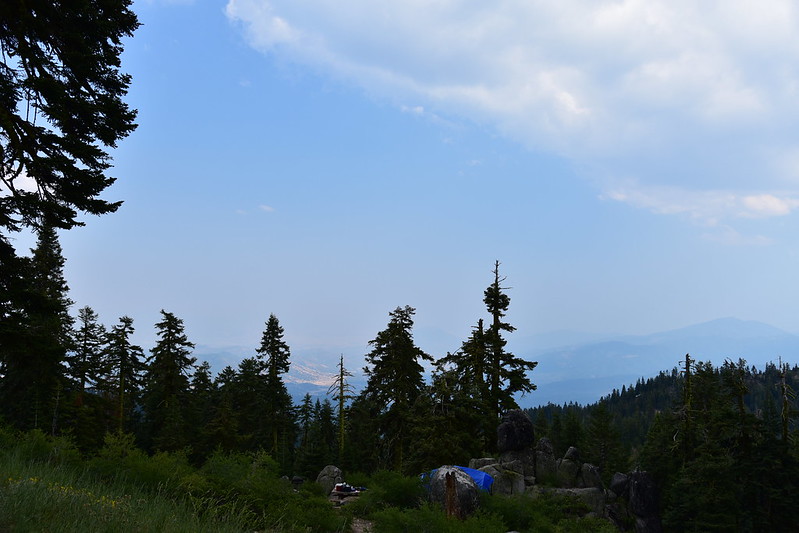 Yesterday was our wedding anniversary and because I worked the late shift we didn’t get to celebrate. So we had a celebratory dinner at our campsite with pesto gnocchi and white wine. YUM. 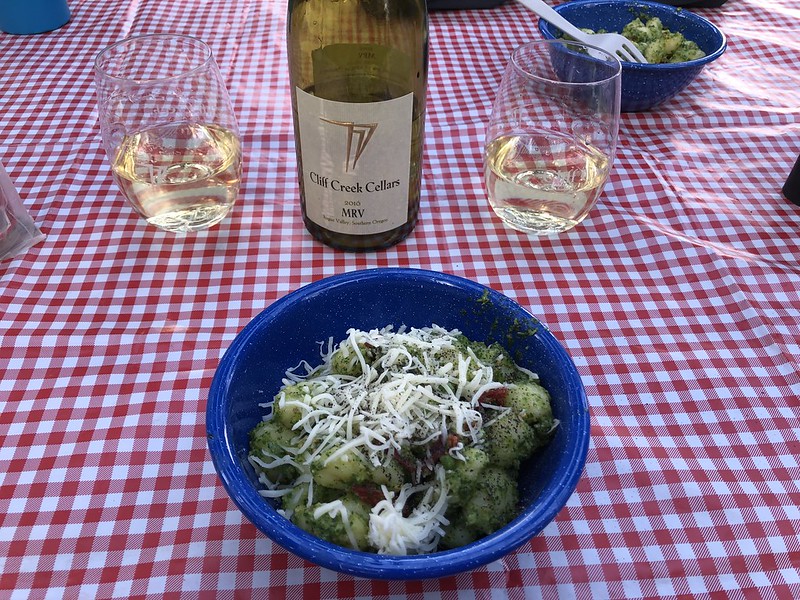 After dinner we drove up to the Rabbit Ears area on Mt. Ashland and did some exploring. Nice sunset! 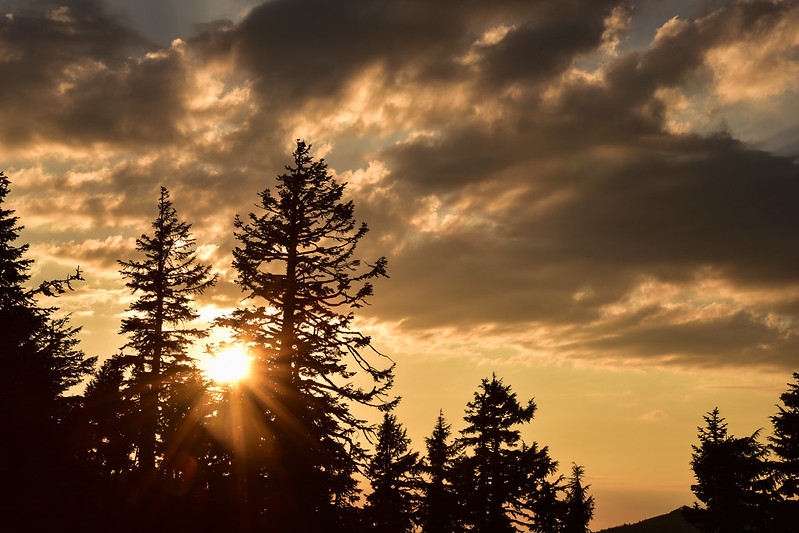 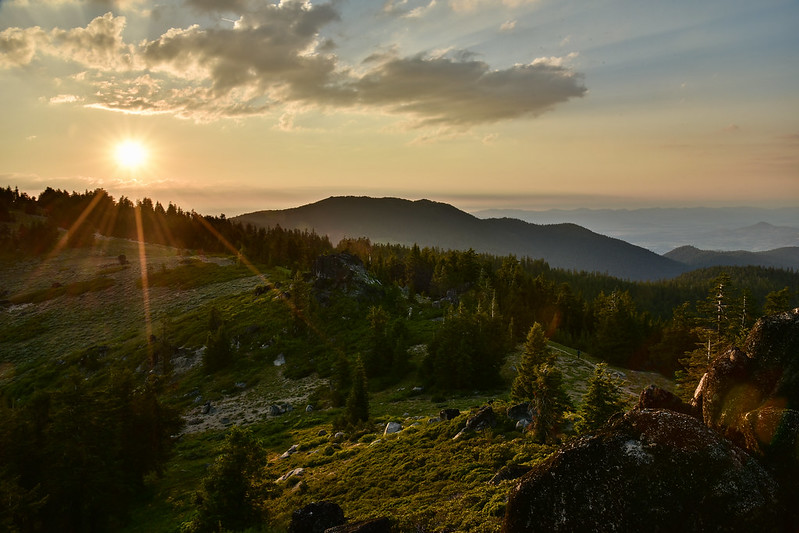 Looking up at Mt. Ashland. 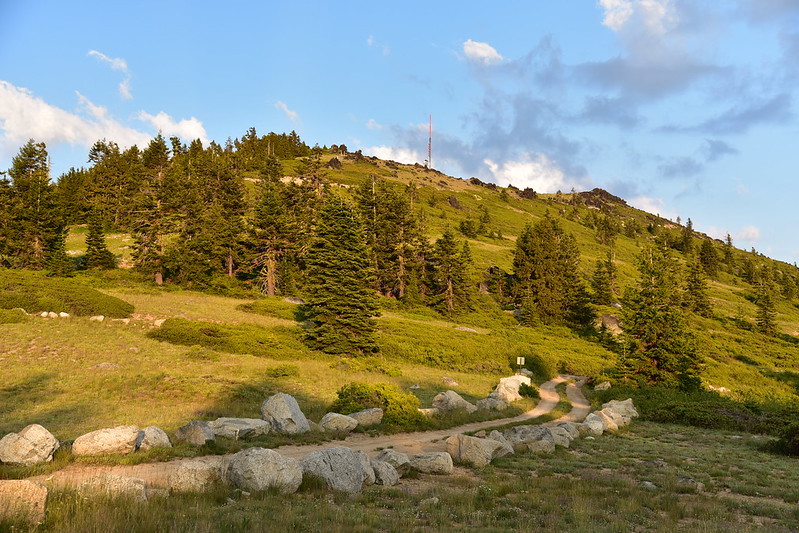