On the last day of our trip, before driving home, we visited a place that is near Hells Canyon, but is not in the Hells Canyon Recreation Area. Zumwalt Prairie is north of Joseph and is owned by the Nature Conservancy. It encompasses 33,000 acres and is part of the largest remaining intact Pacific Northwest bunchgrass prairie in North America.

From the little community of Imnaha we drove east on 350 then turned right on county road 676. This lovely stretch of road follows Trail Creek upstream. 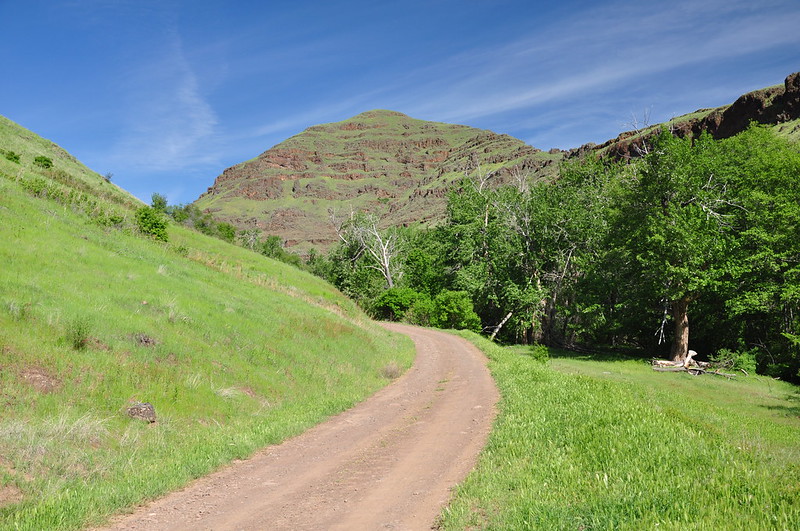 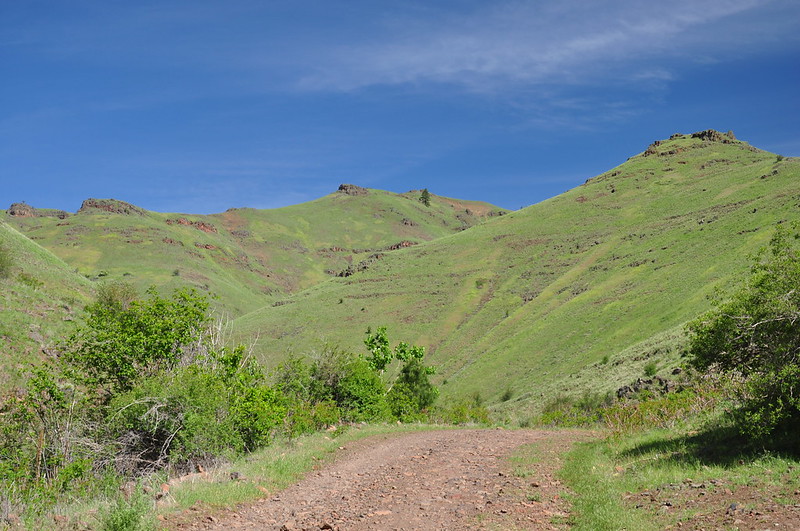 You can’t tell from the pictures, but the road gets very rough in spots. There were a few water fords, one of which was down in a ditch. My Outback would not have made it down this road and I’m glad we had the high clearance truck.

We saw cows and calfs grazing alongside the road: 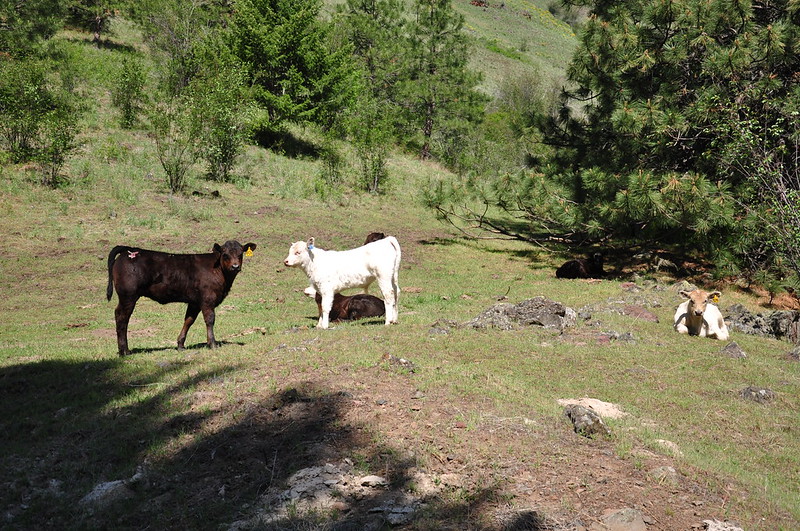 We stopped at the trailhead for the Canyon Vista Trail and set out. It follows an old road up through the trees: 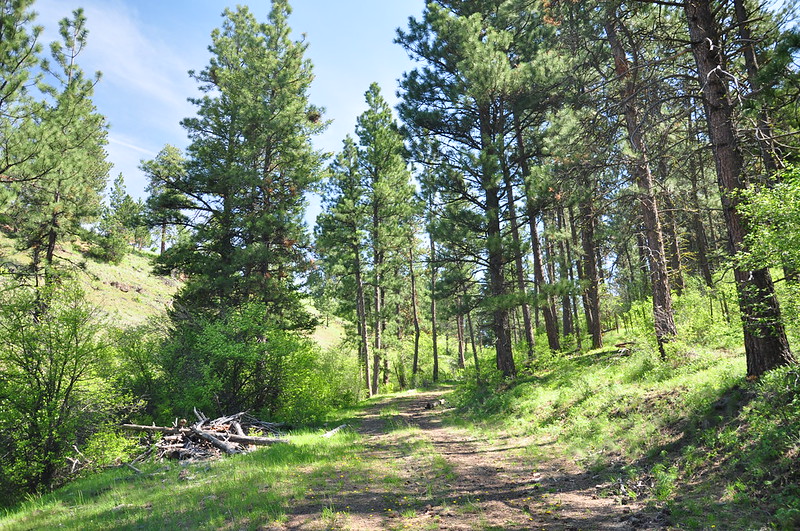 Then in climbs up out of the trees and up onto the plateau where the views start opening up. 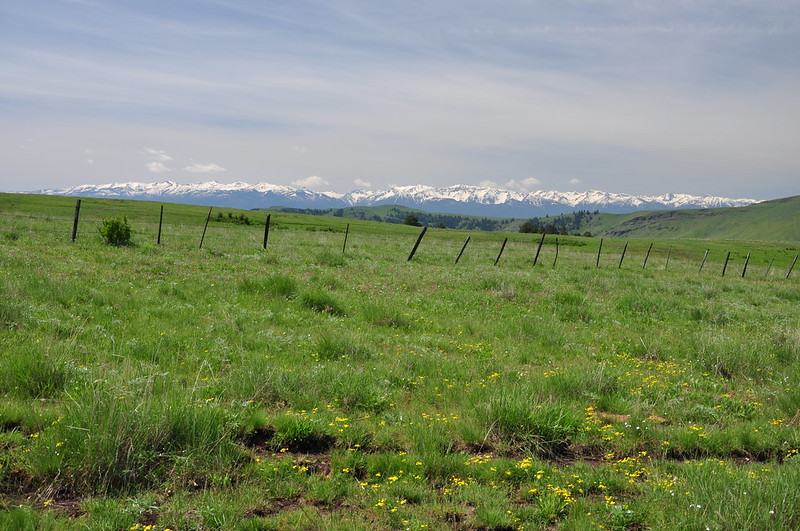 We later learned that officially the trail takes a sharp turn and sort of doubles back, angling to the northwest to a slight summit. But there were no signs and the old road we were on continued on to the southeast toward a communications tower, so that’s where we ended up hiking. 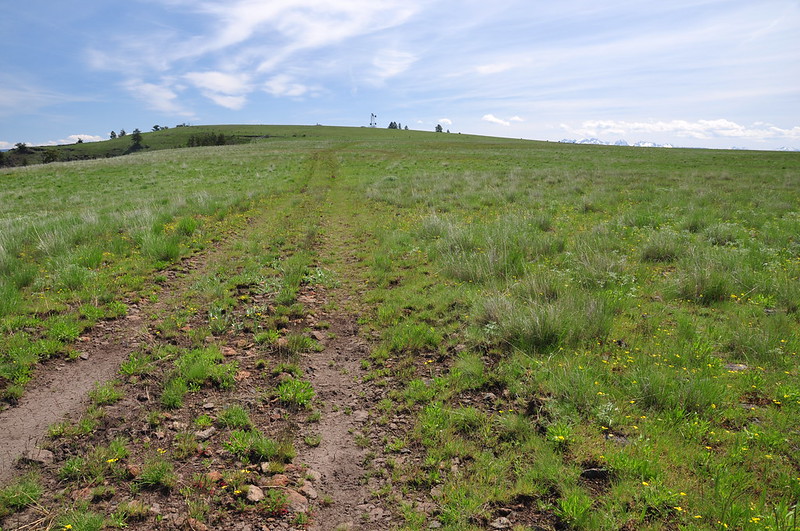 We saw a few cows, one of which had a bird on its back: 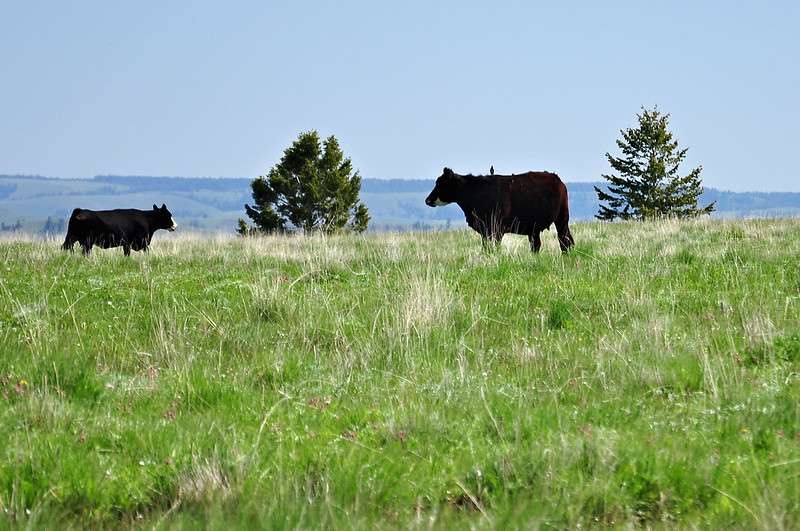 This is prairie smoke, a wildflower I’ve never encountered before: 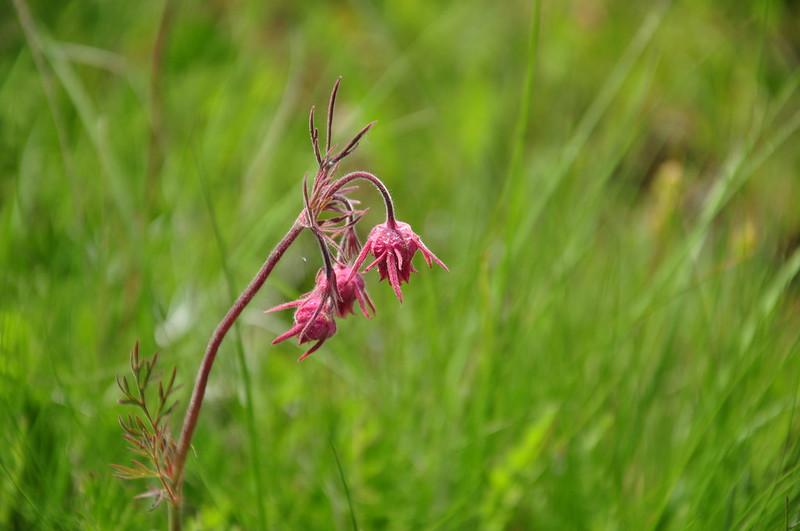 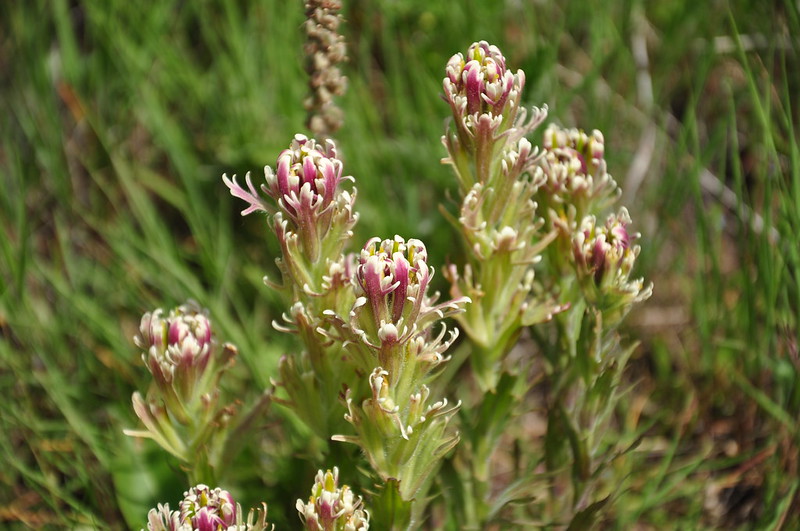 Off in the distance we saw a herd of elk. Thanks for standing there in front of the Wallowas, elk! Made for a great photo! 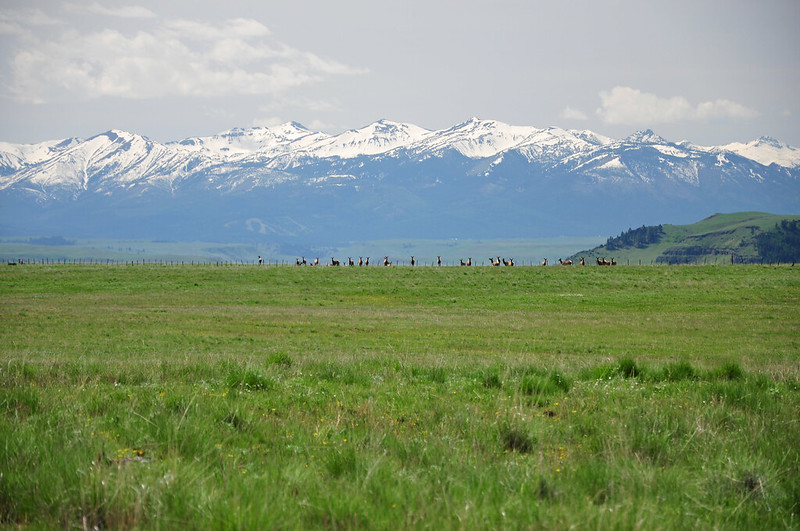 We finally reached the communication tower: 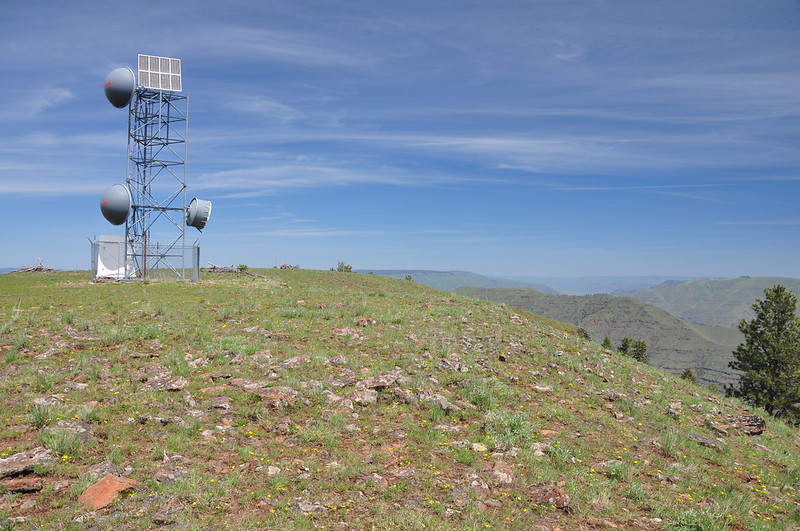 We could see the top part of the Seven Devils to our east: 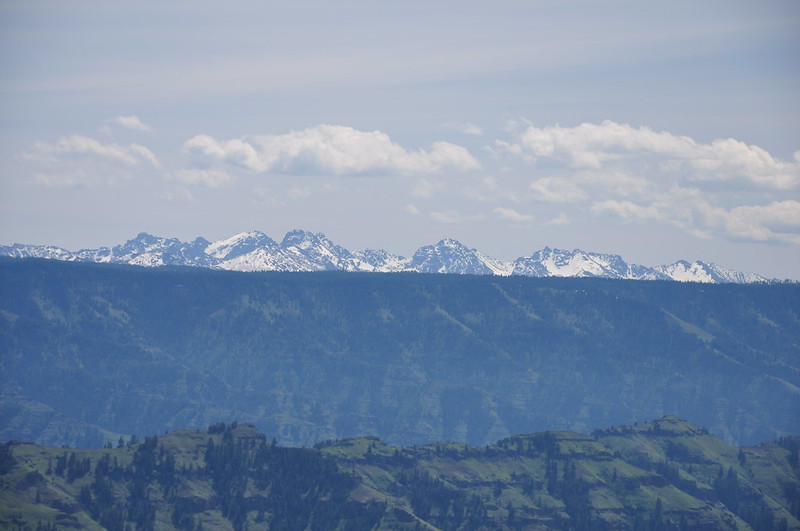 And of course the Wallowas to the south: 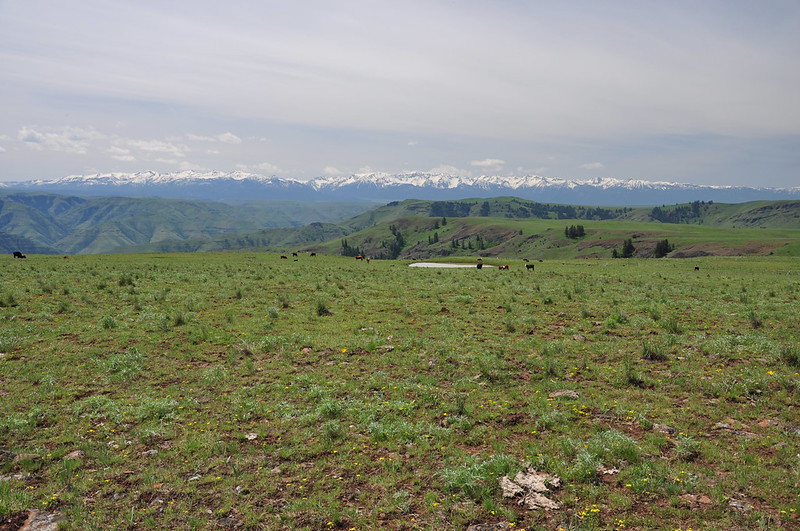 Prairie all around us: 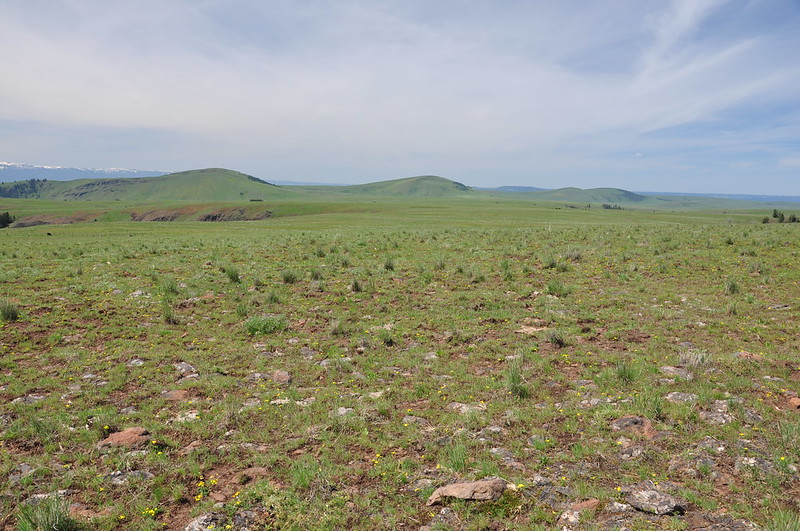 We could see the little town of Imnaha far below us: 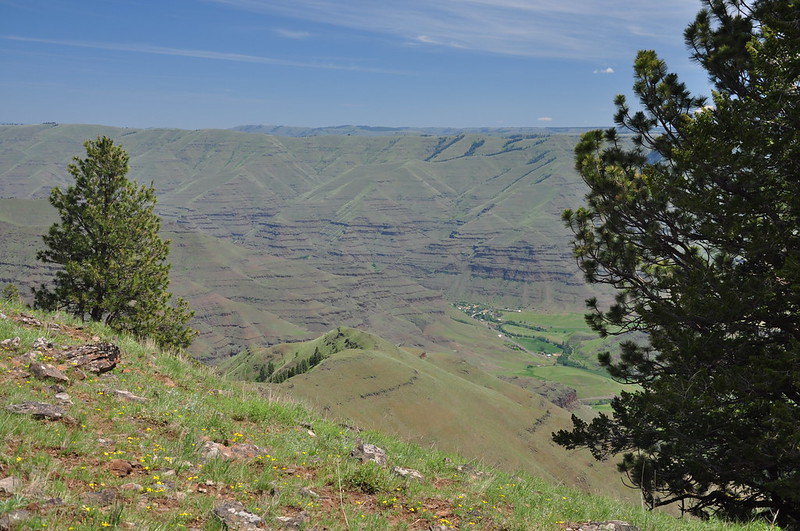 We hiked back to the truck and after enjoying a snack we headed over to Duckett Road. More wildflowers along the road here: 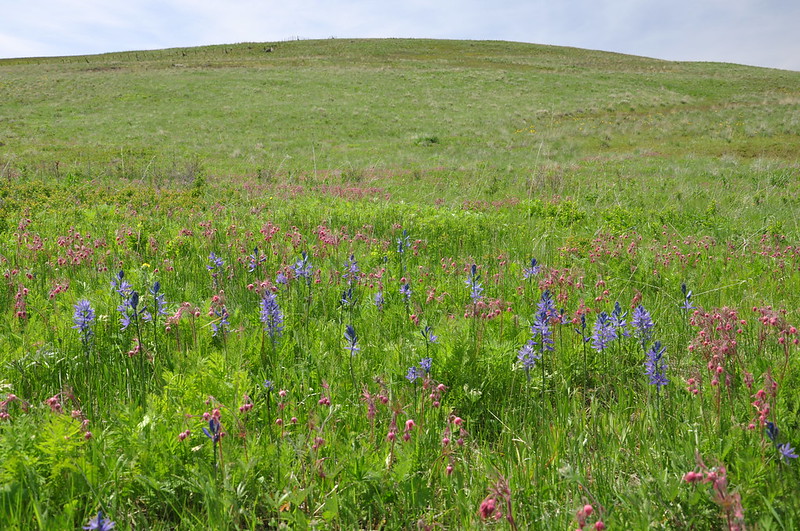 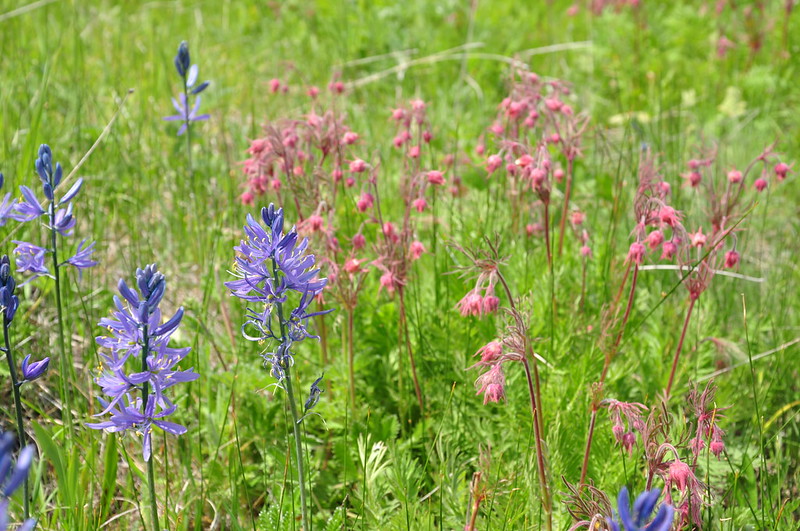 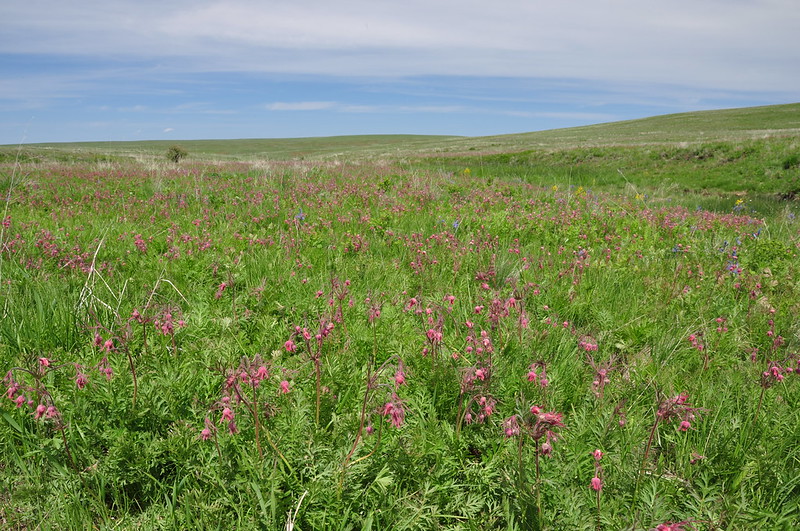 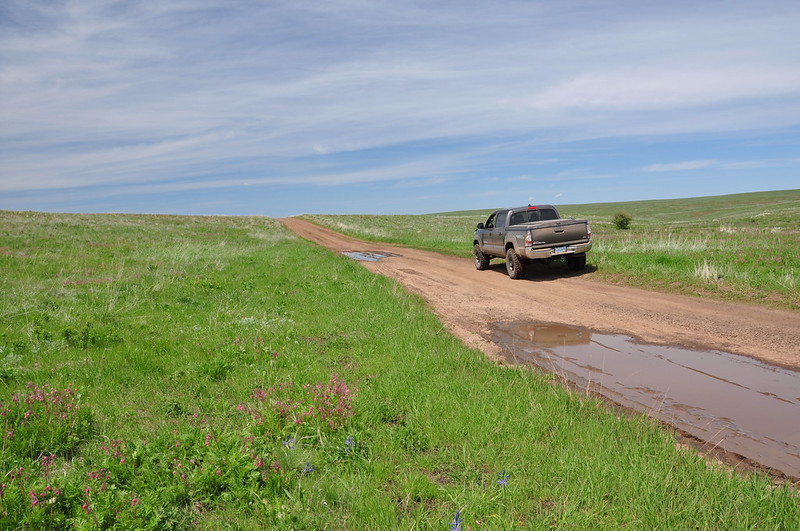 We headed to the Duckett Barn Information Center, which turned out to be a covered collection of interpretive panels: 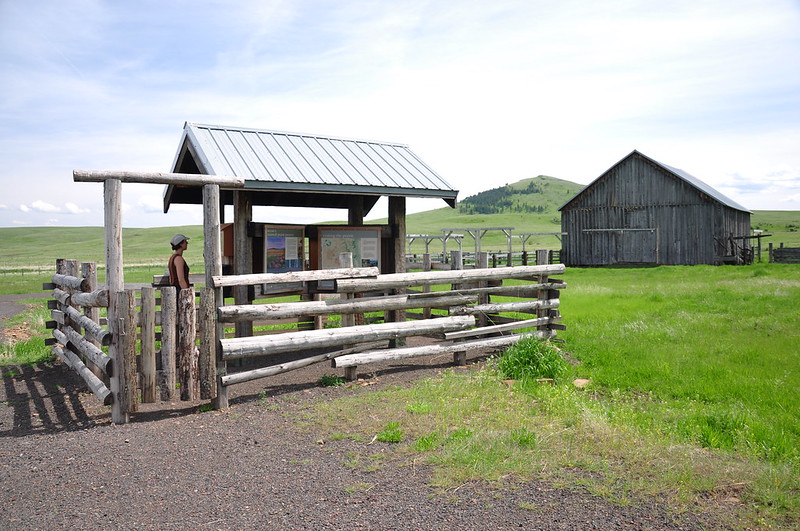 There are other trails to explore in this vast preserve, but we still had a six-hour drive back to Portland, so we headed out. I definitely want to come back. I’d love to see the lupine blooming here. Check out this photo from Donnelly-Austin Photography. I don’t know what time of year the lupine bloom like this, but I hope I can see it someday. Wow.