When I got up first thing this morning and headed to the bathrooms, I noticed that the guy in the site next to us was sitting in the driver’s seat of his car, bundled in a blanket or sleeping bag, engrossed in his phone, with the engine running. Idling one’s car and polluting the air (not to mention wasting gas) is one of my all-time hugest pet peeves. It’s even worse in a campground where people are eating and sleeping outside.

Our plan for the day was to pack up, hike Snow Lake, then move camp over to the Cle Elum area. As we drove to the Snow Lake trailhead, though, we were horrified to discover that our luck had changed. The winds had changed direction and the entire area was blanketed in smoke. 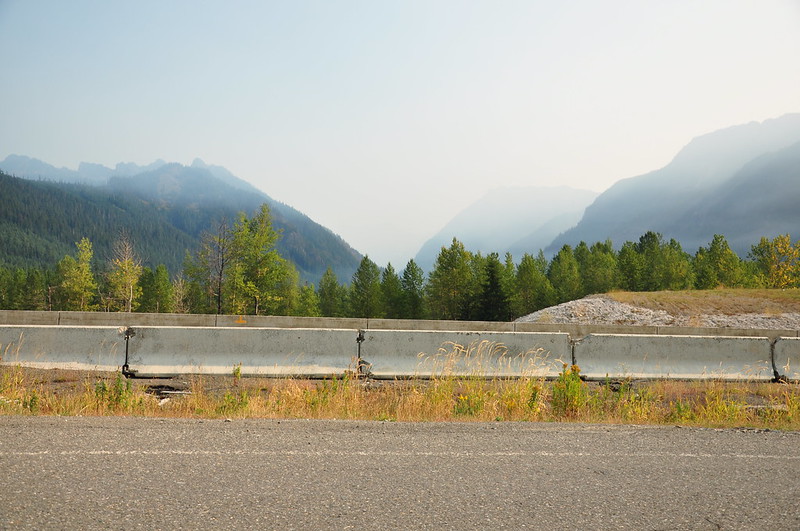 When we got to the trailhead, even the nearby mountains were faint due to the smoke. 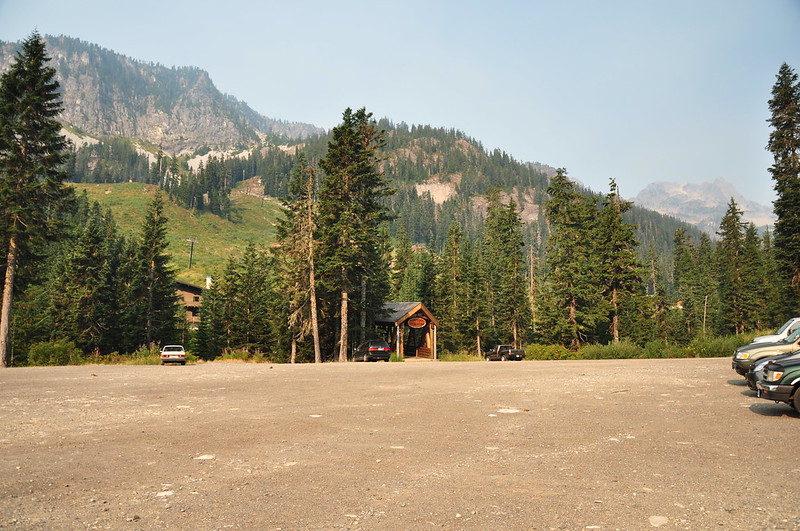 We decided we’d hang around for a day and see if the smoke cleared out. So we headed over to Iron Horse State Park to hike through the Snoqualmie Tunnel, which is almost 2.5 miles long. It was built by the Chicago, Milwaukee, St. Paul and Pacific Railroad (also known as the Milwaukee Road). Survey work began in 1908 and the first train went through in 1915. The last train went through the tunnel in 1980 and eventually the entire rail line was removed. The right-of-way is now a trail in the 1,612 acre Iron Horse State Park, with 100 miles of trail stretching from Cedar Falls to the Columbia River.

We set out down the wide gravel trail (really more like a road) under the eerie light of the smoke-filtered sun. 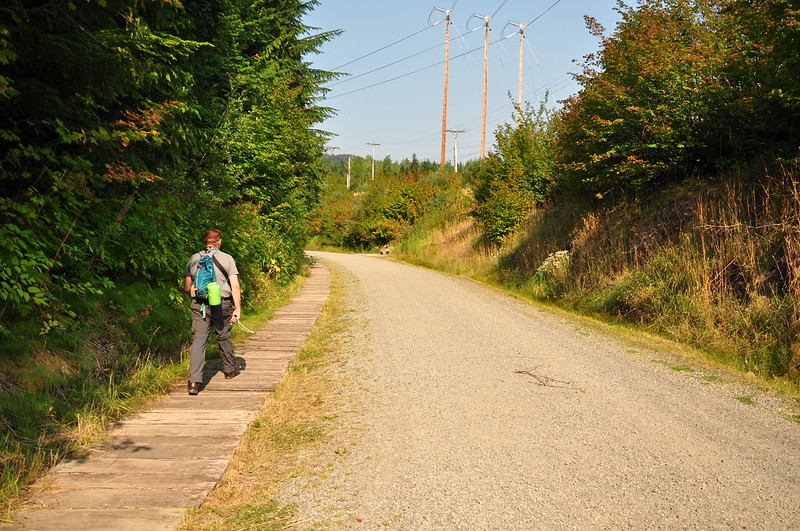 We quickly reached the tunnel. 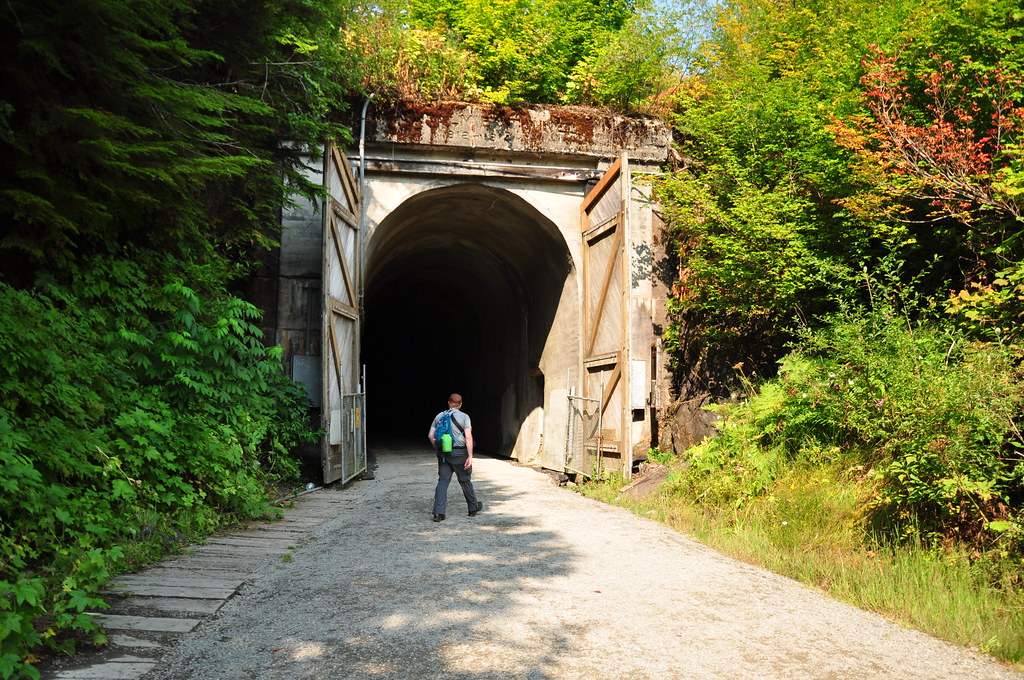 In we go! That light in the distance is the other end of the tunnel. It is straight as an arrow. Once we were out of reach of the daylight at the east end of the tunnel we turned on our headlamps. 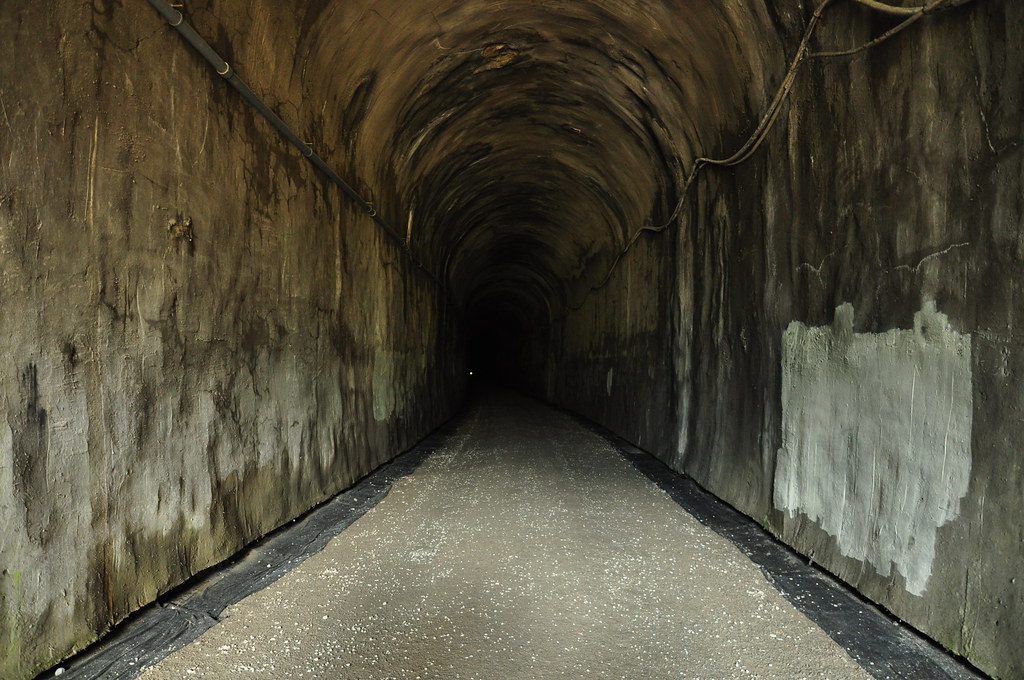 Inside the tunnel are all sorts of weird old contraptions whose function I can’t even guess at. 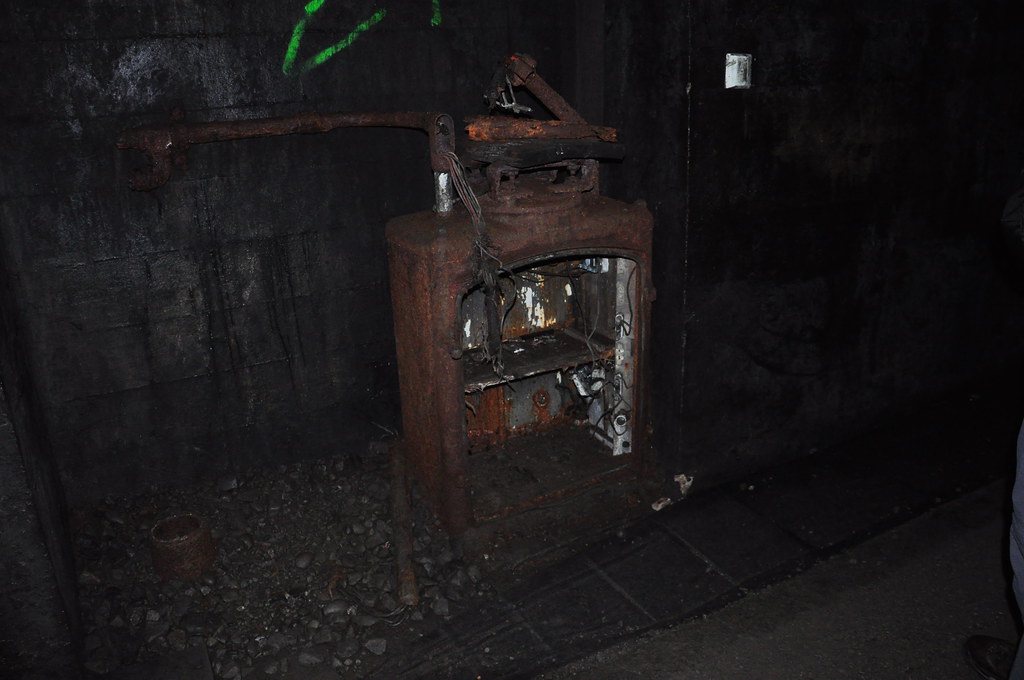 At the other end of the tunnel you get a better sense of the mountain through which the tunnel was bored. 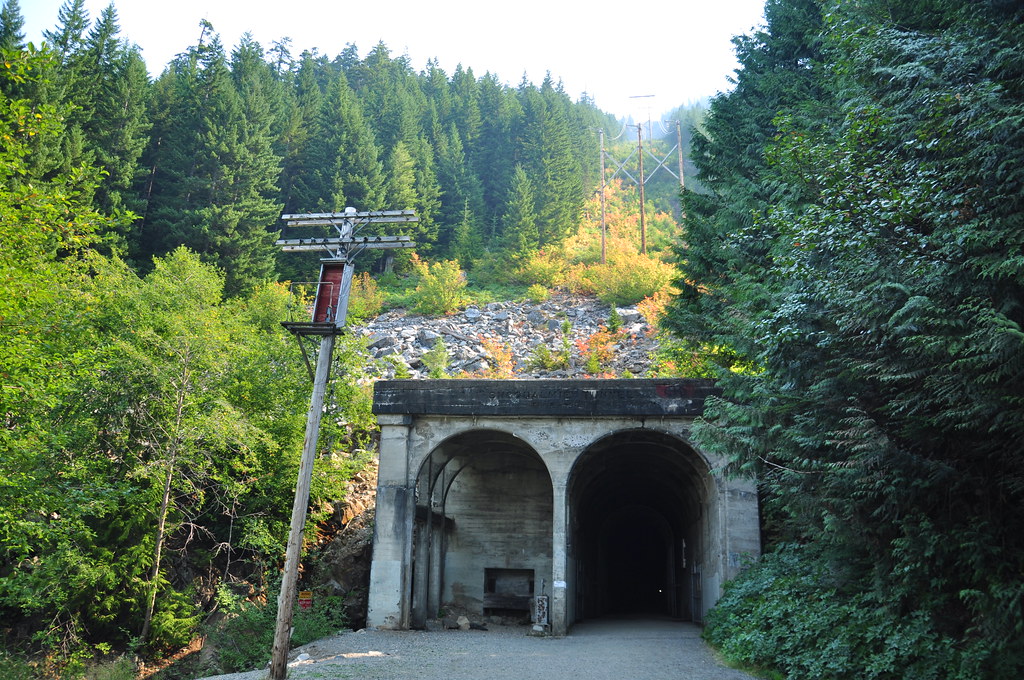 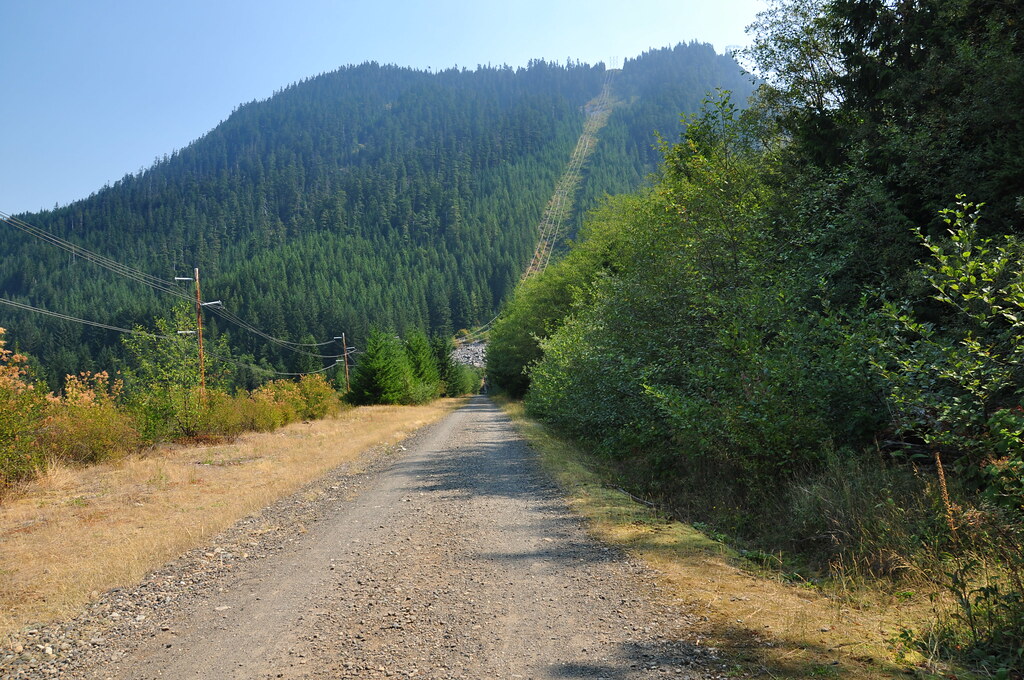 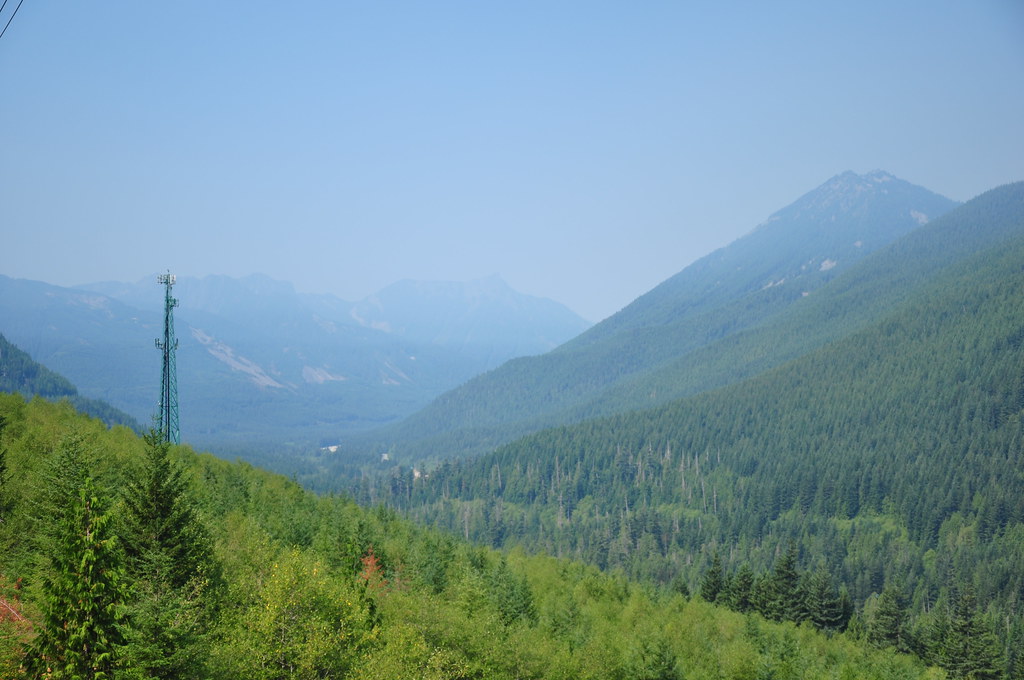 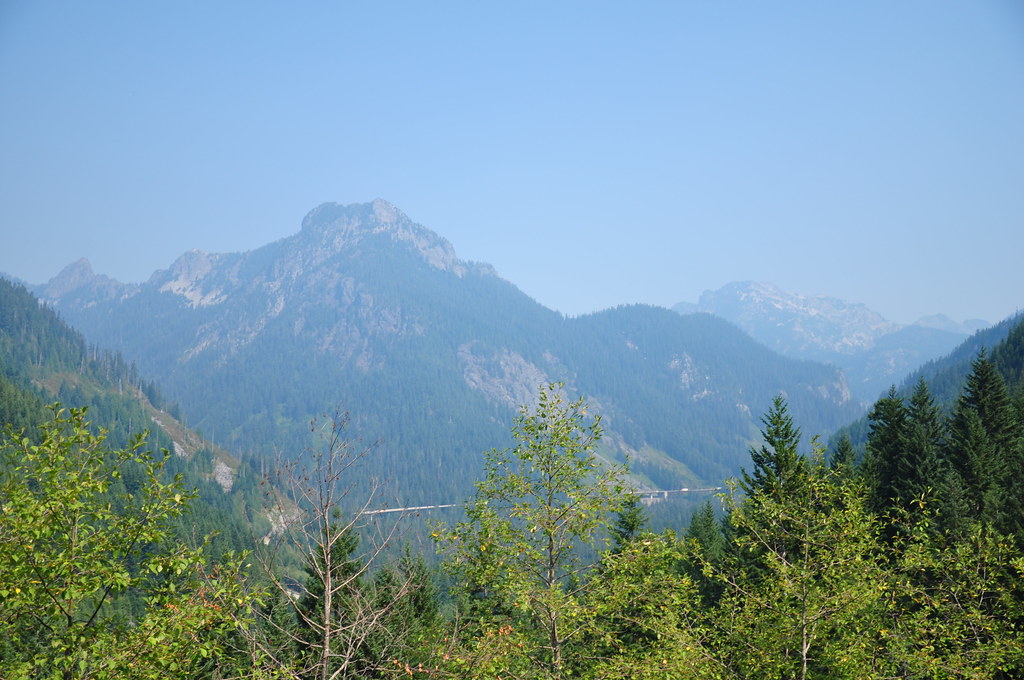 We had a smoky view of Granite Mountain, which we’d hiked up the day before. 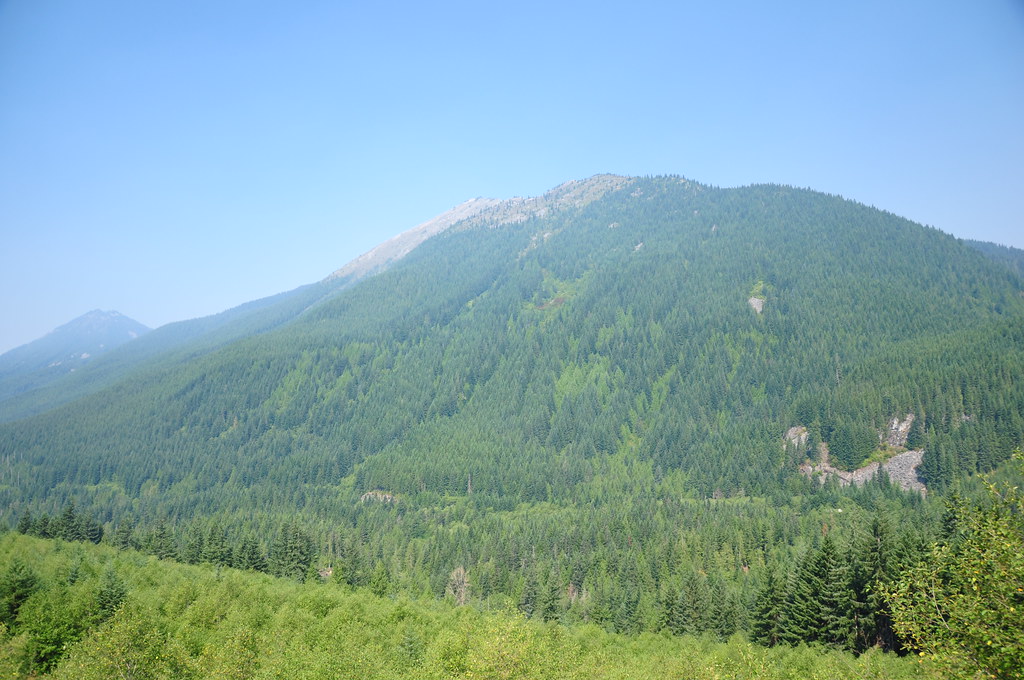 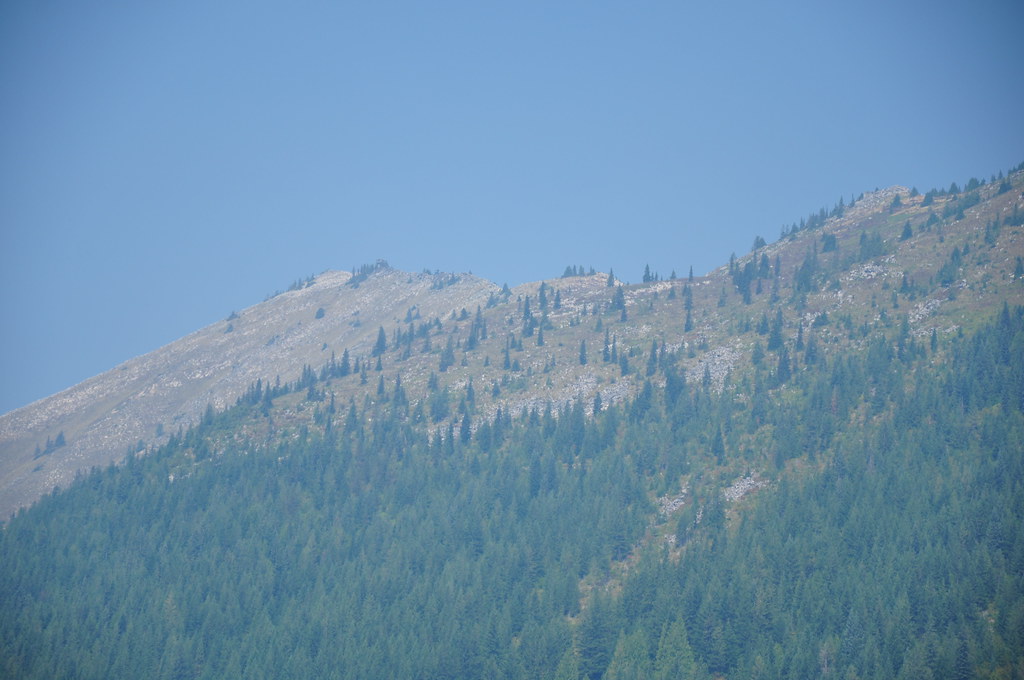 After hiking the tunnel the day was still young and still smoky, so we went over to Dru Bru and pored over our books and maps, trying to decide what to do if the smoke hadn’t cleared the next day. I felt very stressed. 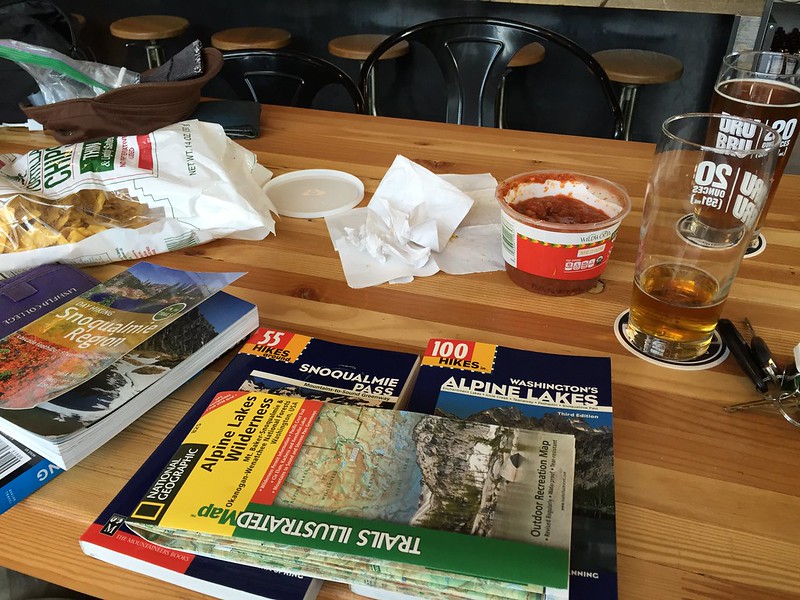 We wanted to stick around and do Snow Lake, but we were not excited about going back to Denny Creek Campground and the freeway noise. So even though it was out of the way we headed over the campground at Kachess Lake where we had no trouble getting a site, much to our relief. The lake, like all lakes in the Pacific Northwest this summer, was exceedingly low. 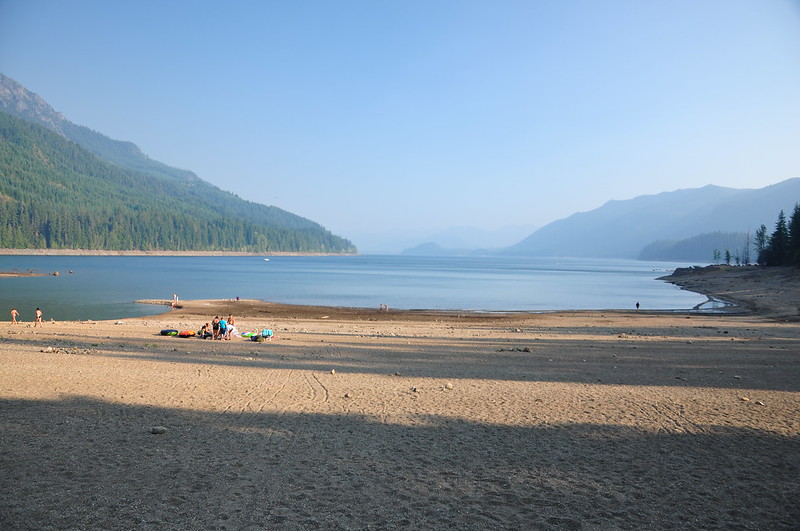 We hoped for the best in the morning and went to bed.