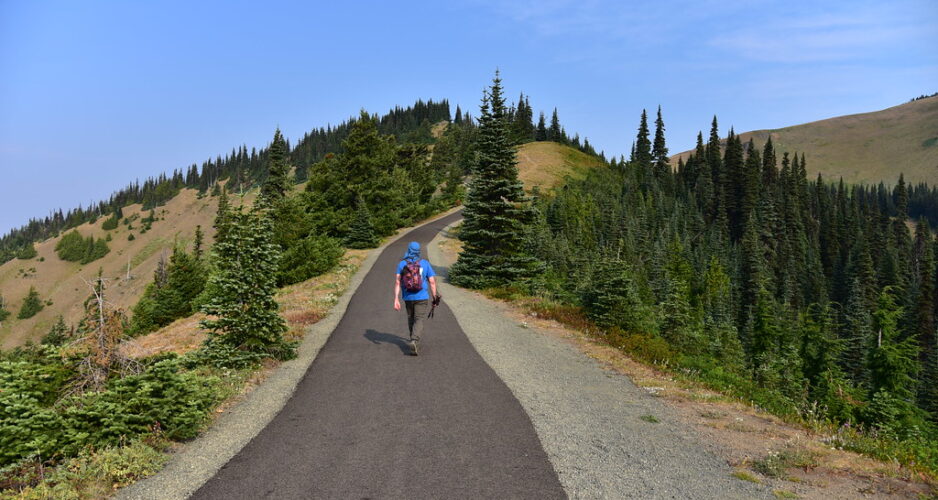 Smoke smothered the Olympic Mountains today so conditions were not great for a view hike.

We got up to Hurricane Ridge early before the road was closed for a bike race and were disappointed to see how incredibly smoky it was. We ate breakfast with a “view” of the mountains and contemplated what to do: 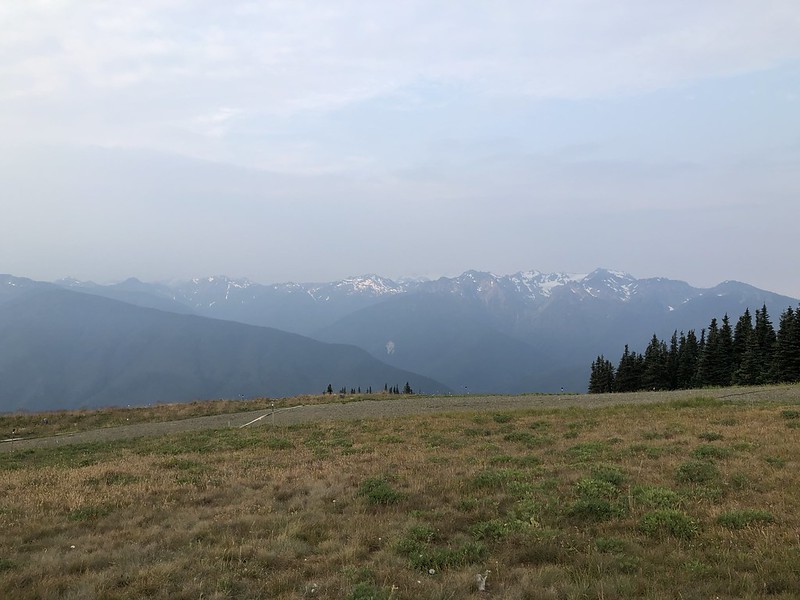 There were deer around which was fun: 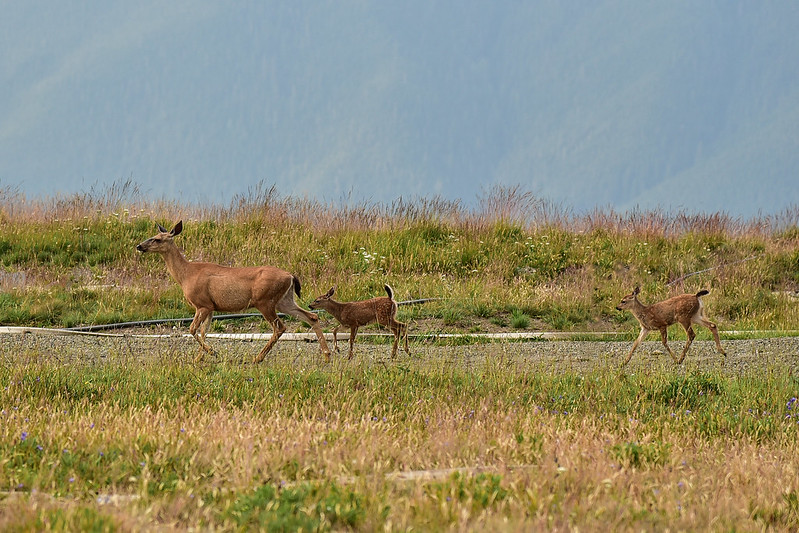 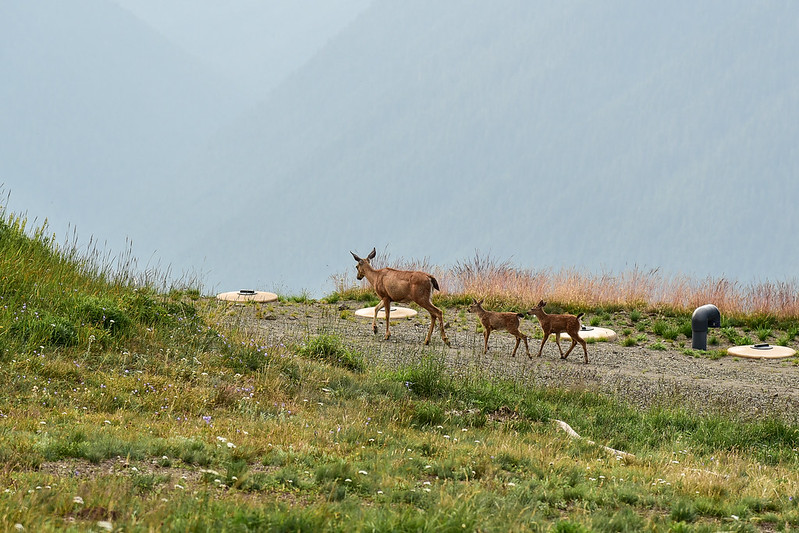 We decided it wasn’t worth wasting any effort on the Sunrise Ridge hike we had planned since we wouldn’t get any views. Since we were stuck on Hurricane Ridge until the road reopened at noon, we decided to do the short easy hike up Hurricane Hill. Even though we wouldn’t get any views up there we would the chance to do the trail without the mobs of people that normally hike it, due to the road closure. So we drove to the trailhead at the end of the road and set off: 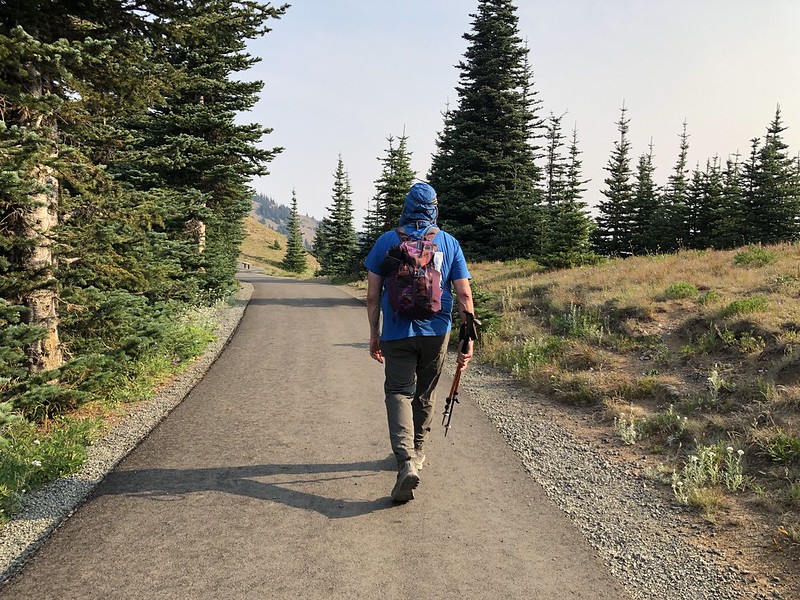 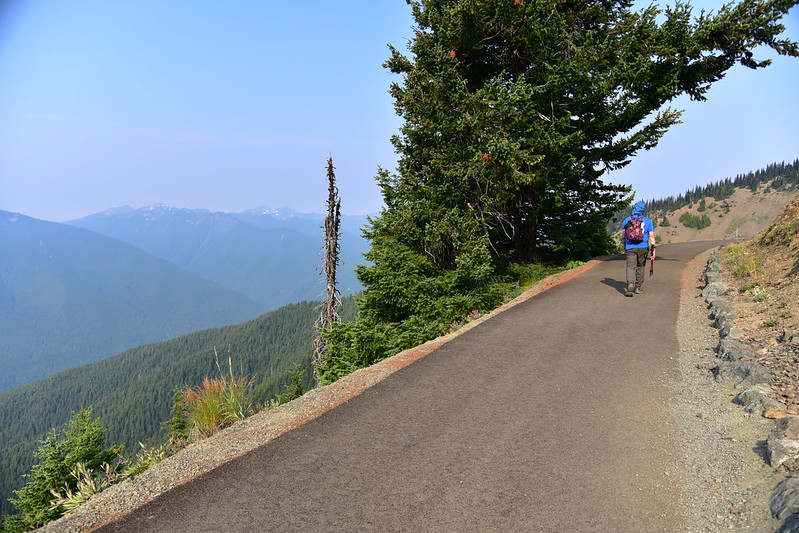 This is the only photo I cleaned up in Photoshop, so you can get a sense of what is out there in the smoke: 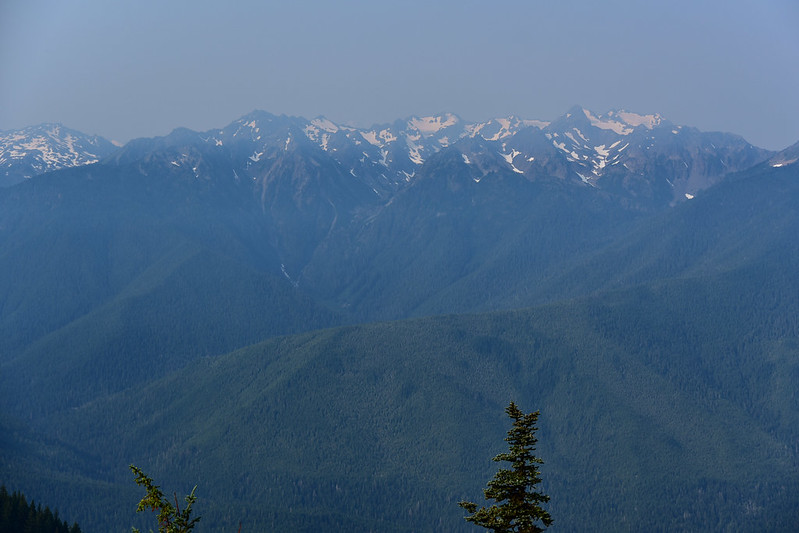 Hurricane Hill on the right: 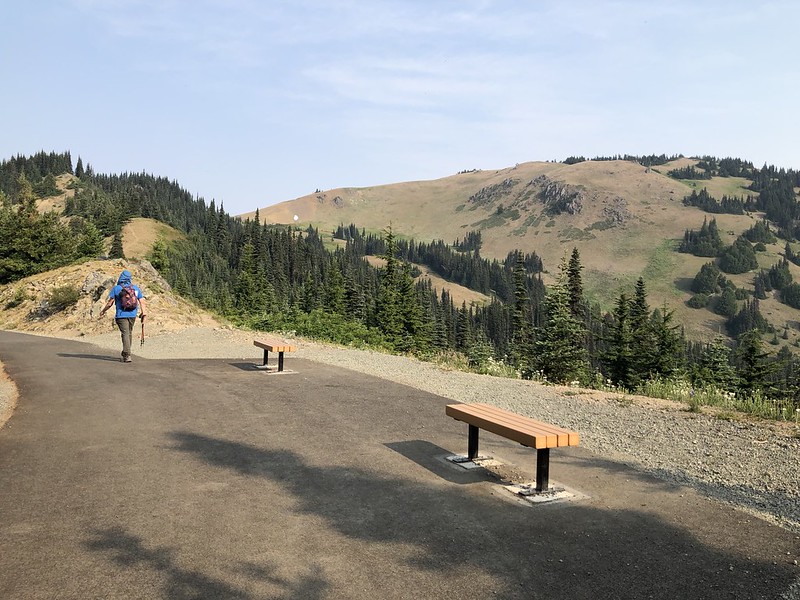 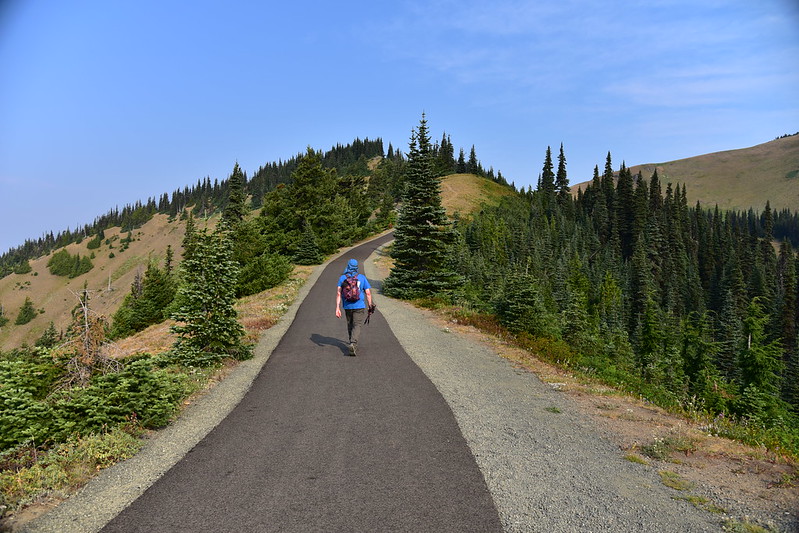 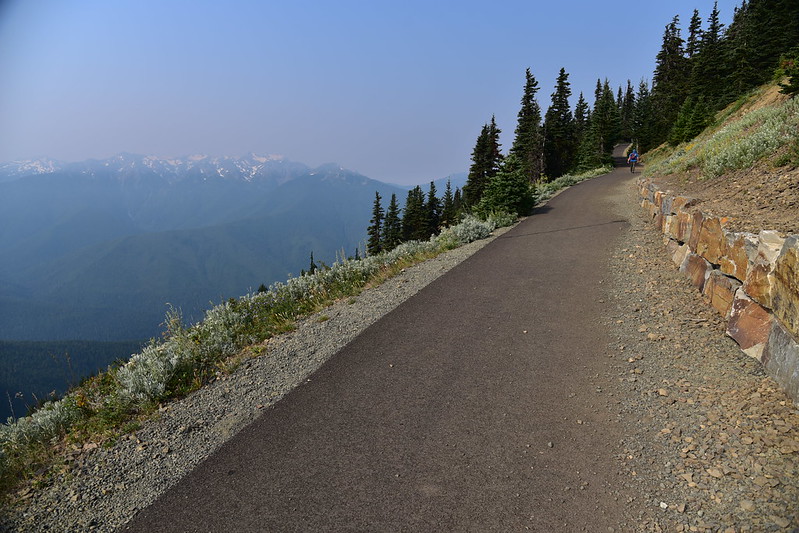 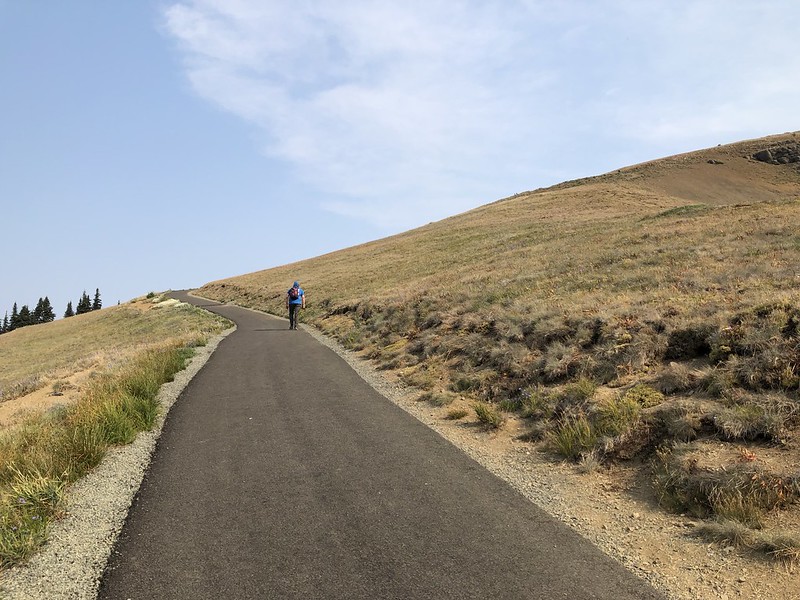 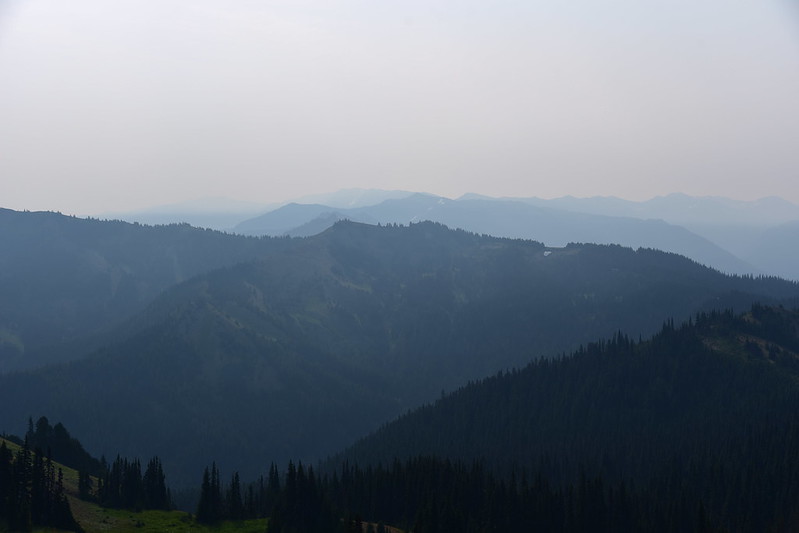 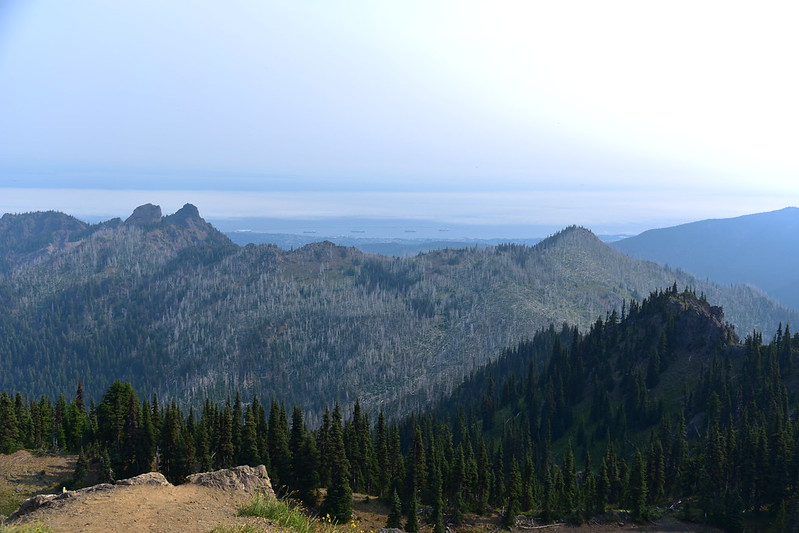 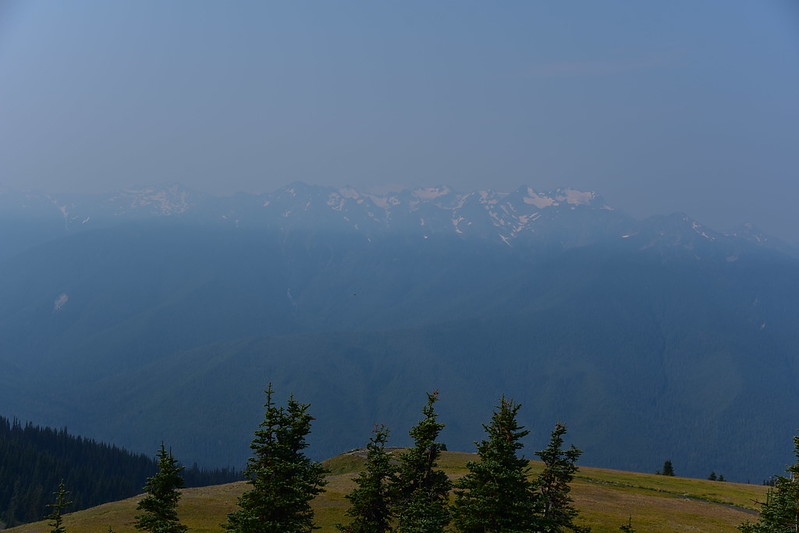 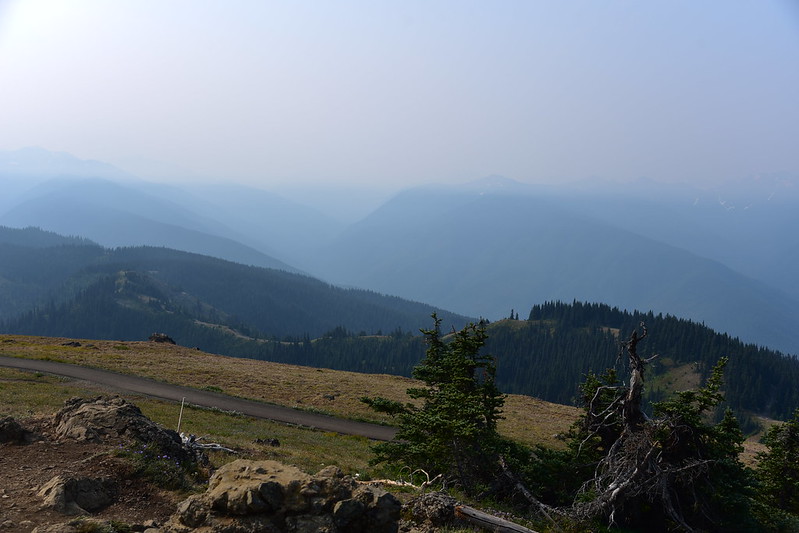 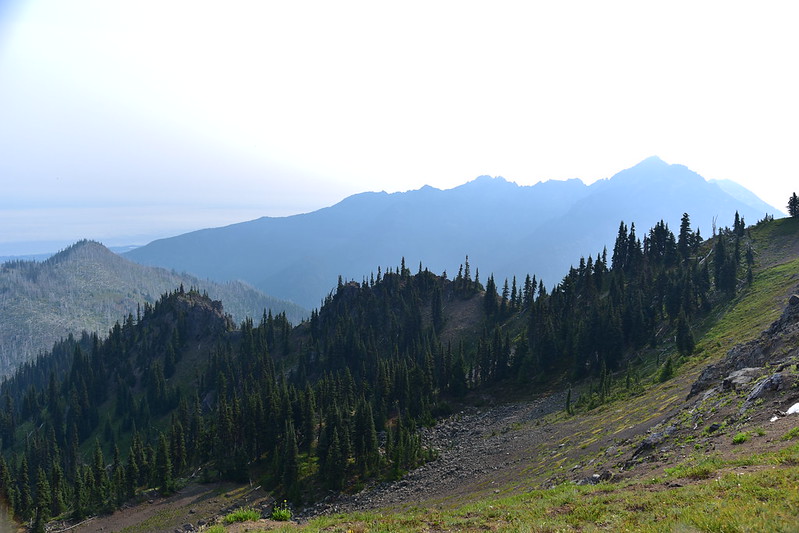 We reached the summit of Hurricane Hill, where a fire lookout once stood: 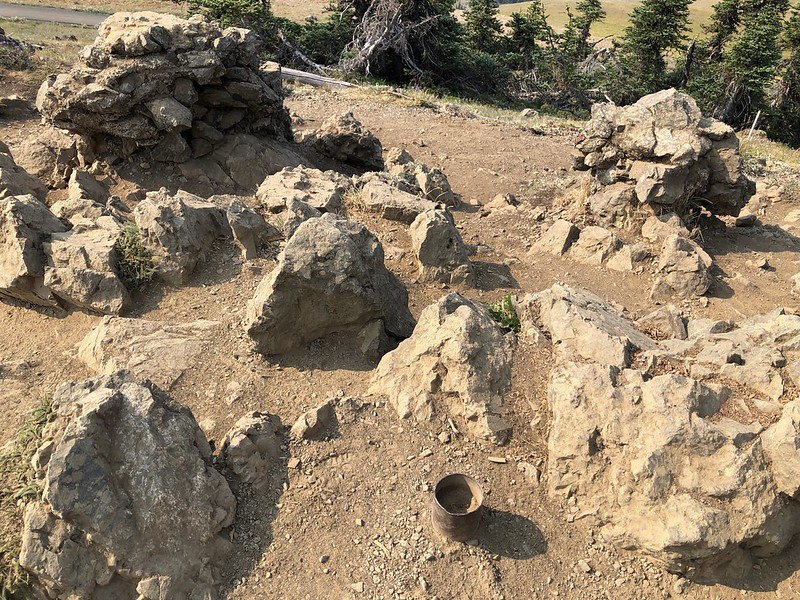 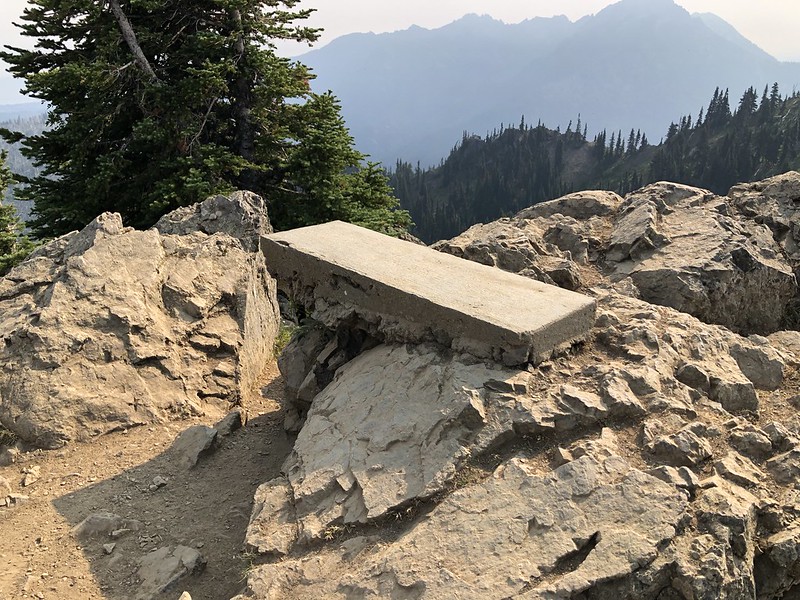 We found a spot in the shade to relax for awhile and bide our time until the road re-opened. We were treated to some wildlife sightings, including this Olympic Marmot: 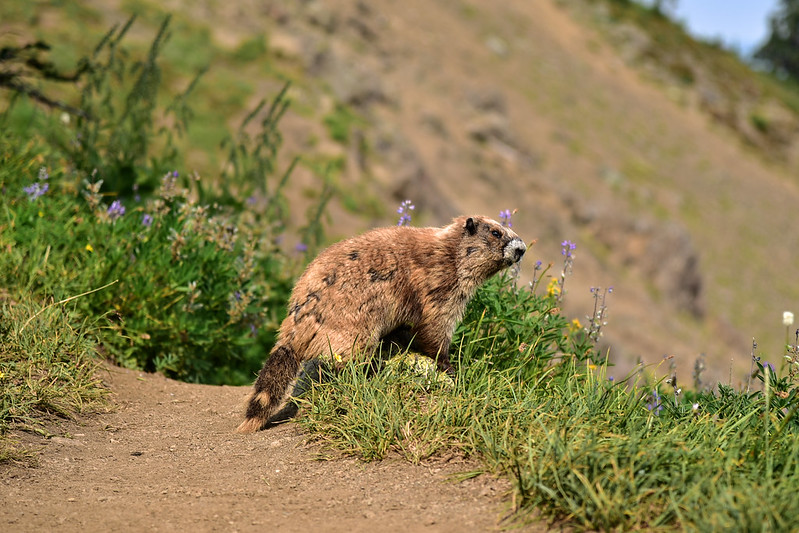 And a grouse family passed through: 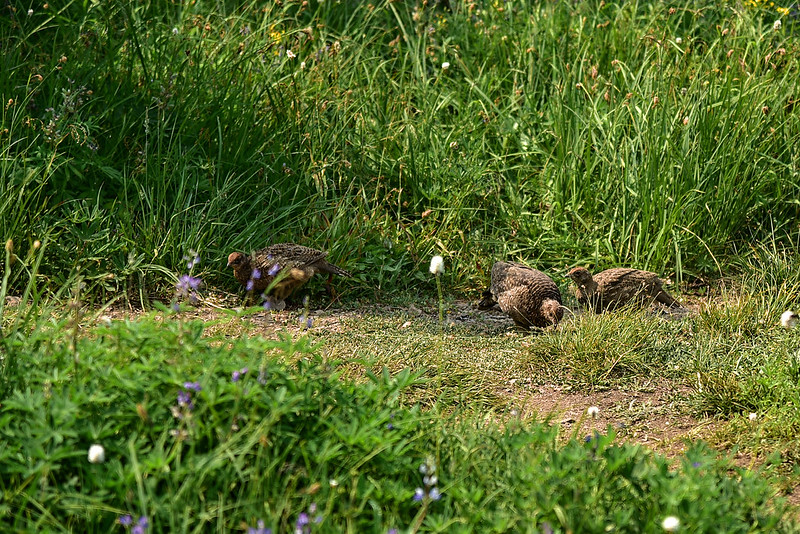 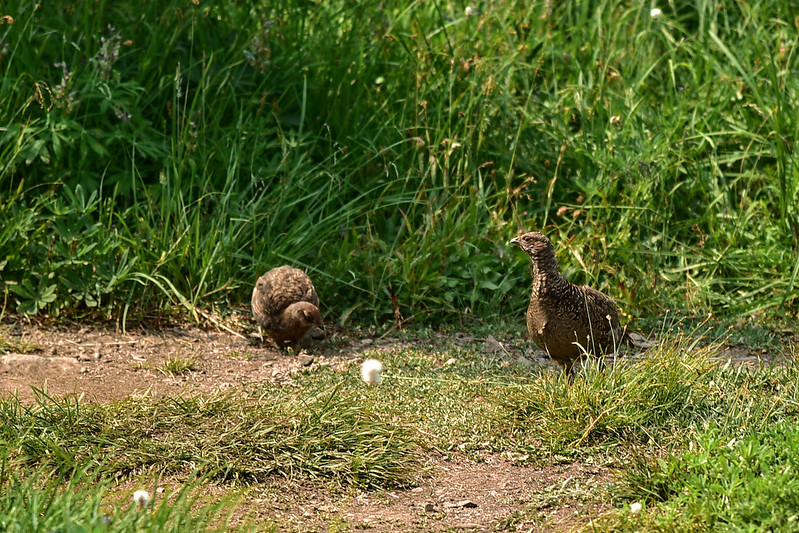 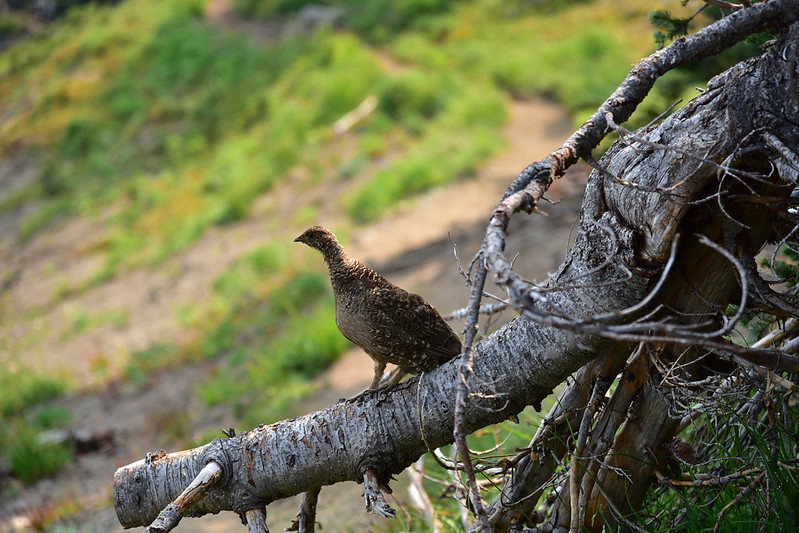 There had been a few people up there who had also gotten up early to beat the road closure, but they eventually hiked back down, so it was pretty quiet for a long while. Eventually we packed up and headed back down: 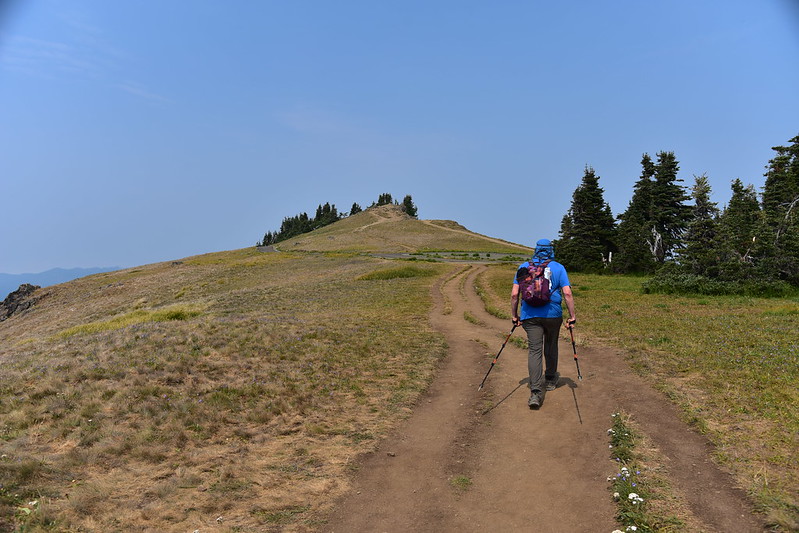 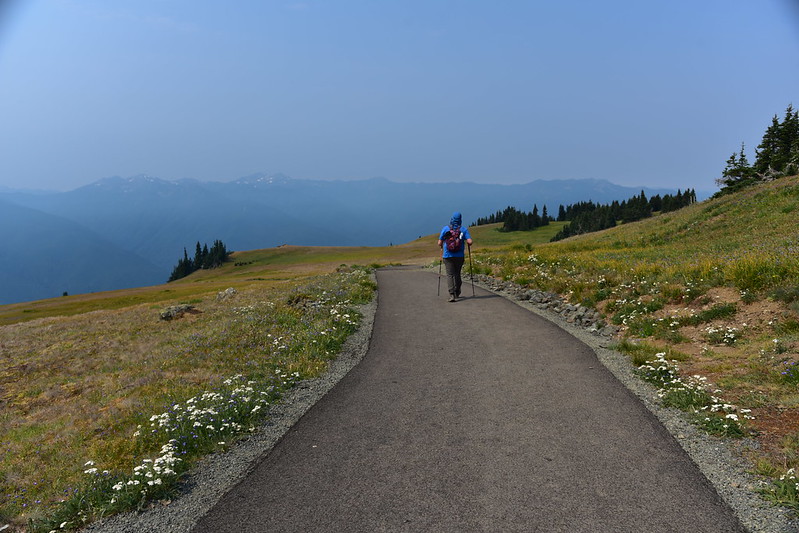 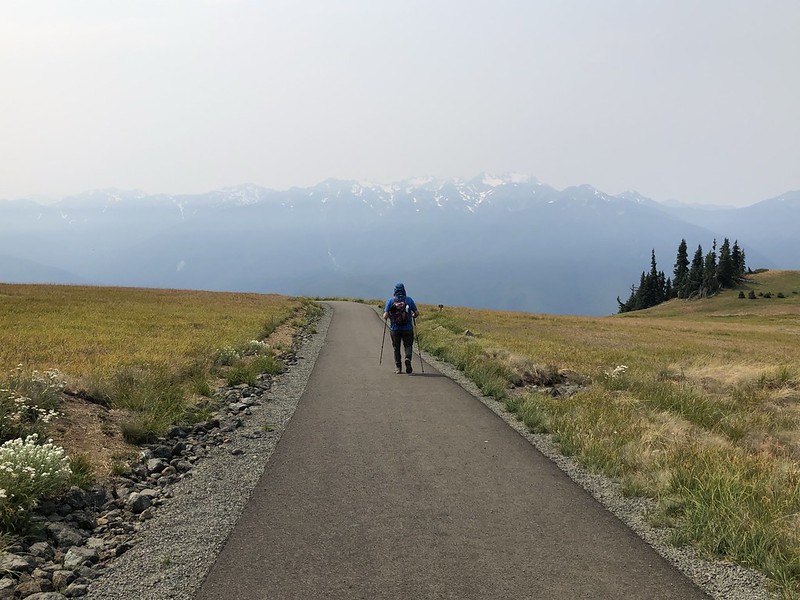 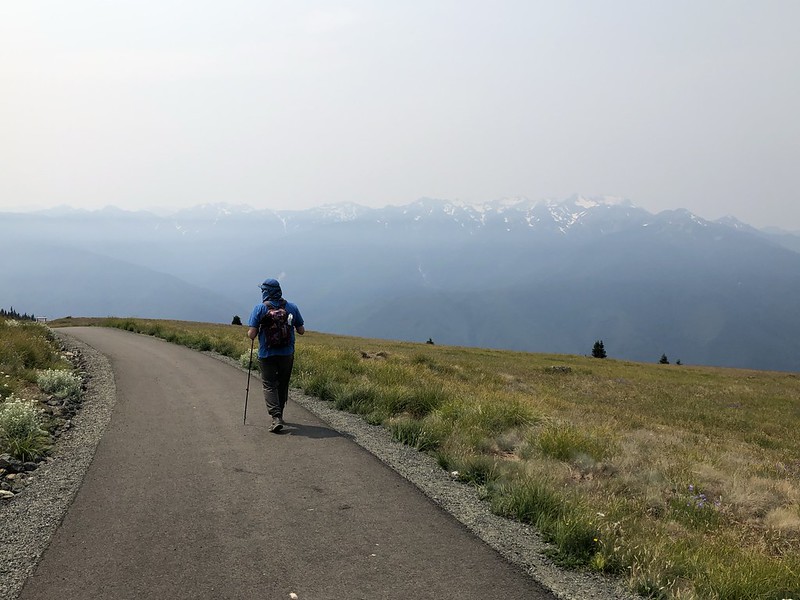 We saw another grouse: 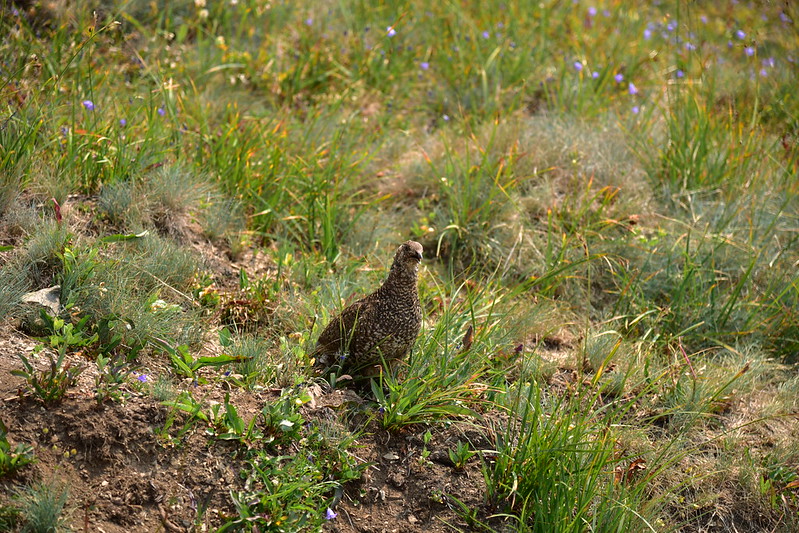 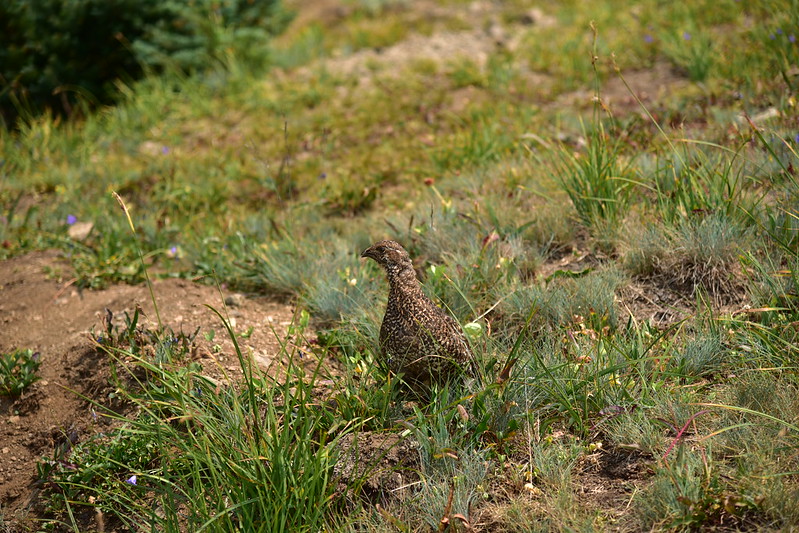 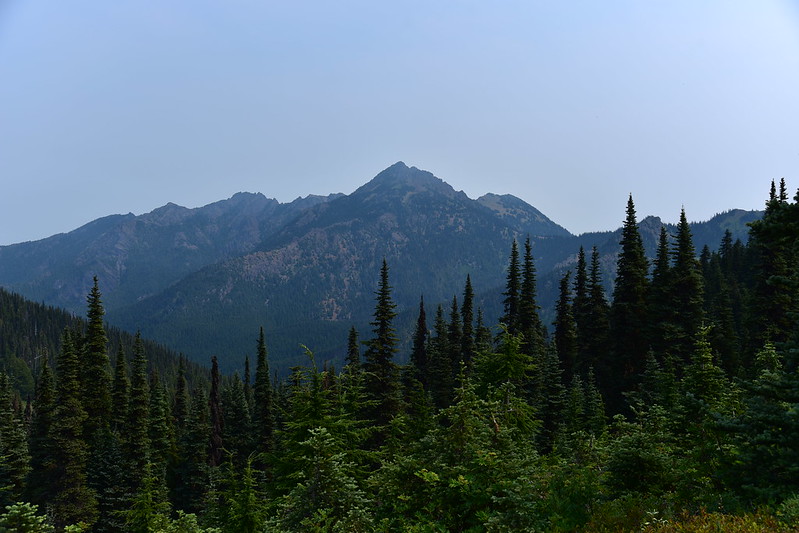 At 12:45 when we were almost back to the car we encountered a wave of hikers heading up. The parking lot was filling up fast with all the people who had driven up after the road reopened post-race. We were glad to skedaddle and head back to our campsite for an afternoon nap!