Greg and I had reservations at Gold Butte Lookout this weekend and before heading up there on Saturday we decided to do the short hike up to Dome Rock from the upper trailhead on Road 2223. Even from the road we had a good view: 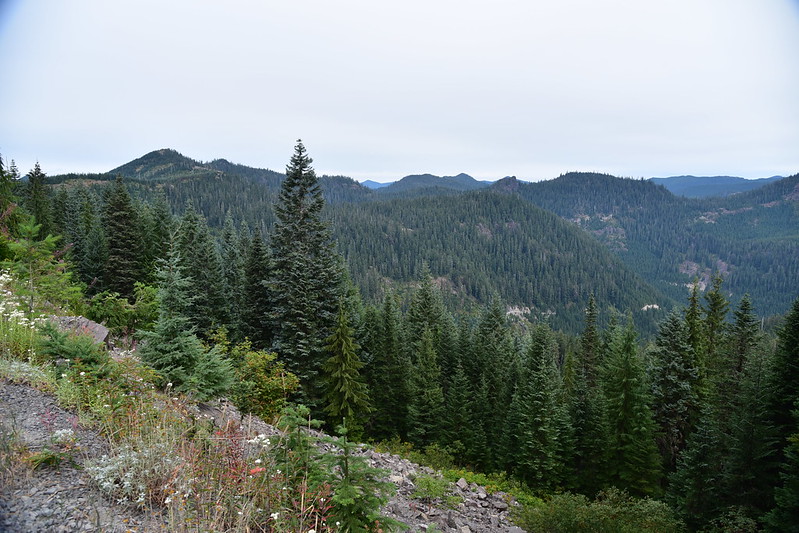 Before we even started the hike I was standing at the trailhead waiting for Greg to finish getting ready at the car. An unleashed black and white dog came down the trail and started barking and growling and acting aggressive. A few moments later a group of about six or seven hikers came up behind. I said “You might might want to leash your dog if he’s not friendly.” One of the hikers said in a sarcastic tone “That’s a novel idea” and continued to his car. Meanwhile the other unleashed dog – a pug – was jumping on me over and over again. Another of the hikers kept repeating “Stop it! Leave it!” But the dog paid no attention and only stopped when he was picked up and carried away. No one apologized for the behavior their dogs. What if that pug had jumped on someone who hated or feared dogs and (I would NEVER do this) what if that person had kicked the dog and injured it? I love dogs, but I do not want to be barked at, growled at, and jumped on by your out-of-control dogs. The lack of apology, the assumption that they have nothing to apologize for, just made it all the worse. 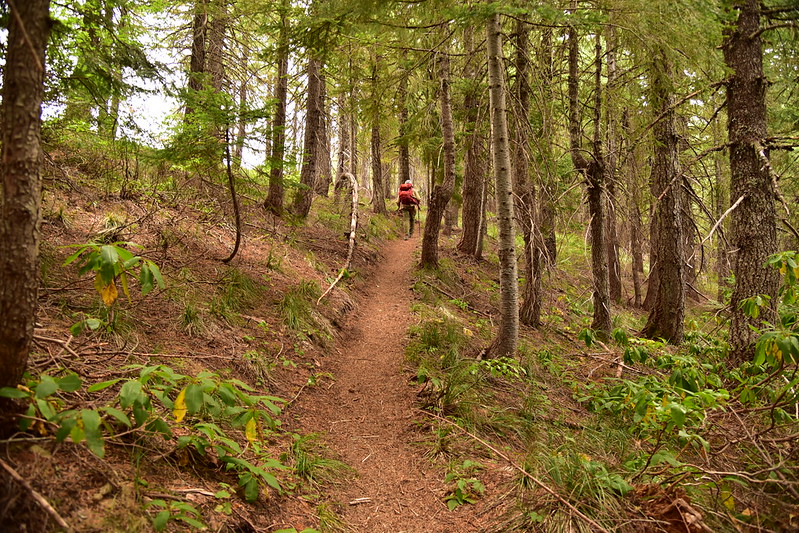 We passed the side trail to Tumble Lake (we’ll do that another day) and then reached the spur trail up to Dome Rock. Just 1.25 miles from the trailhead we were up on the summit and wow, what views! It was a cloudy day but fortunately the clouds were high and we could still see the mountains. 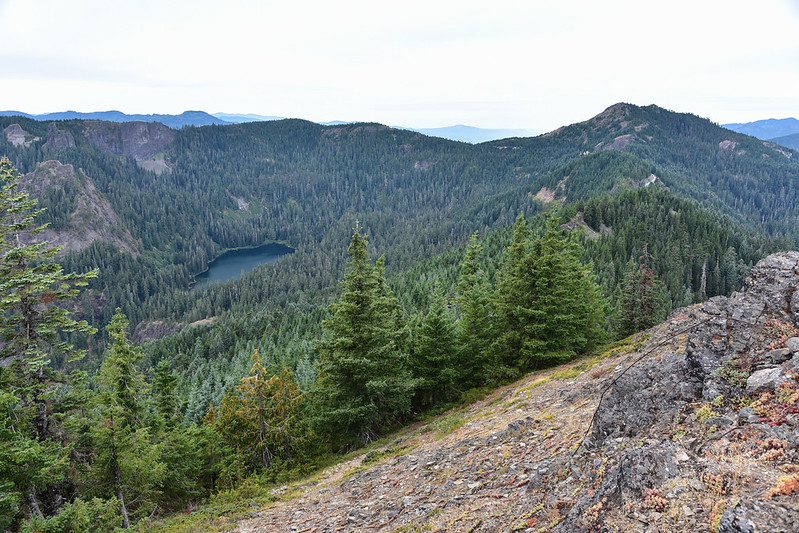 iPhone panorama to the west: 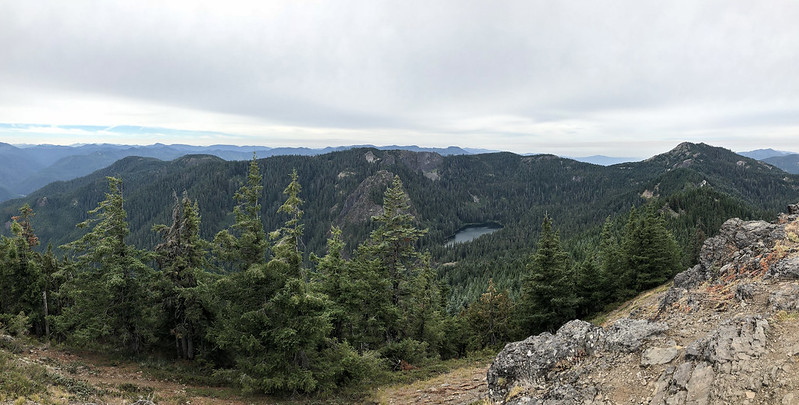 This is one of those early lookout sites where panorama photos were taken. This is looking the same direction as above in 1933: 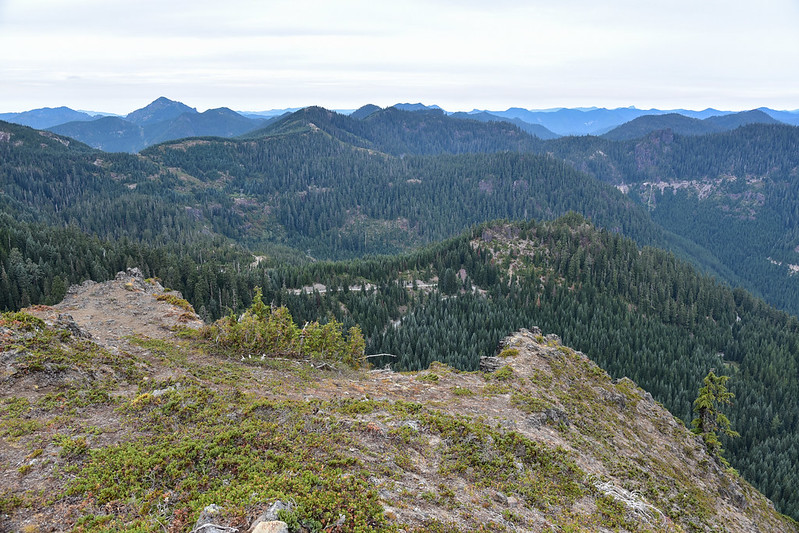 iPhone panorama to the north:

South (that’s Detroit Lake down there): 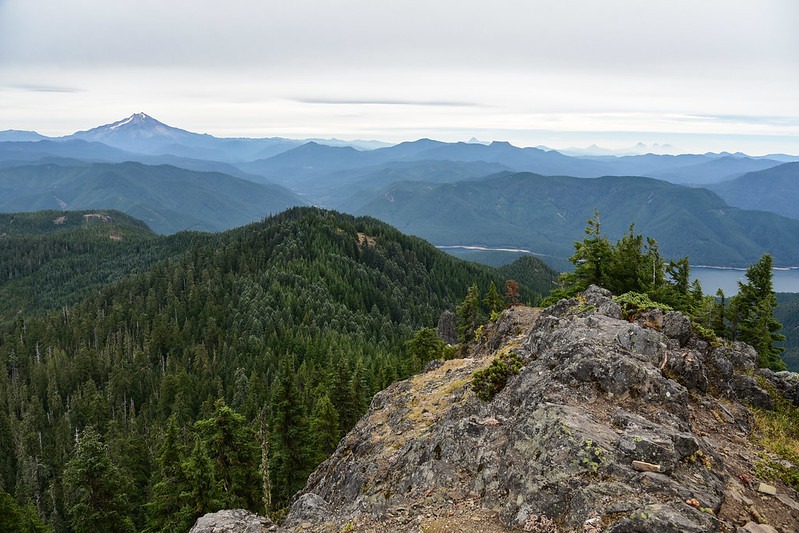 iPhone panorama to the south:

Notice the Three Sisters, and to the right of them the Three Pyramids: 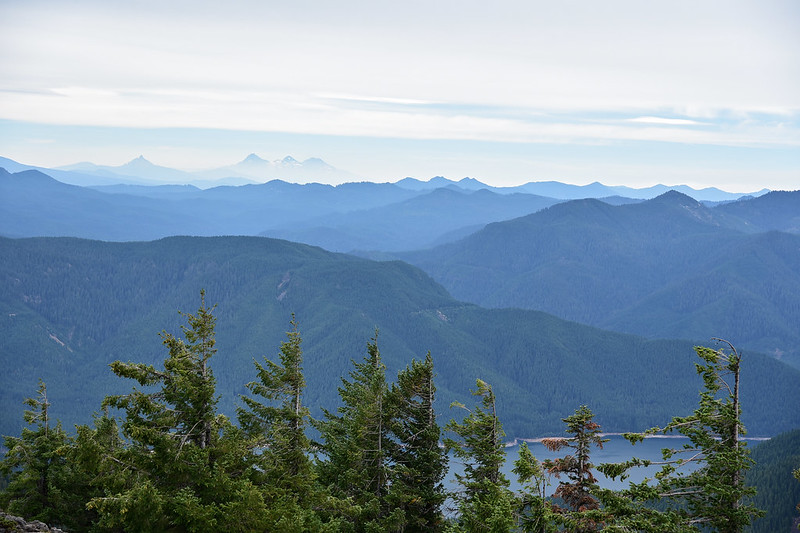 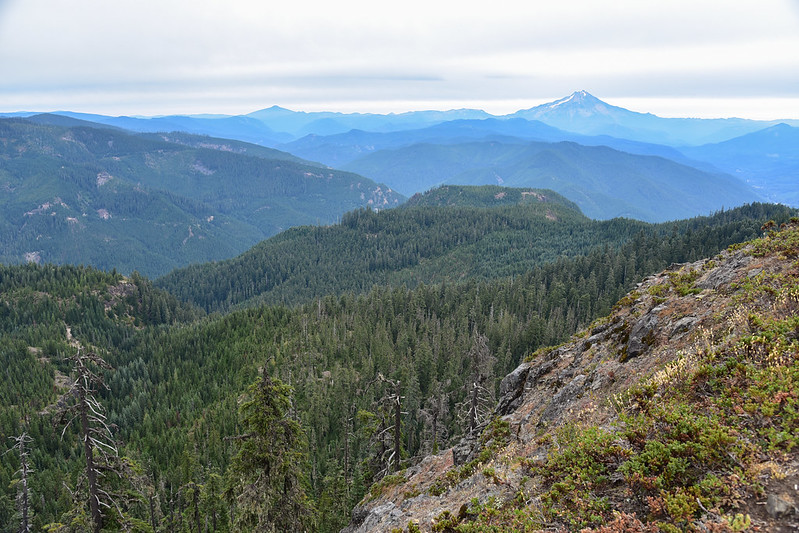 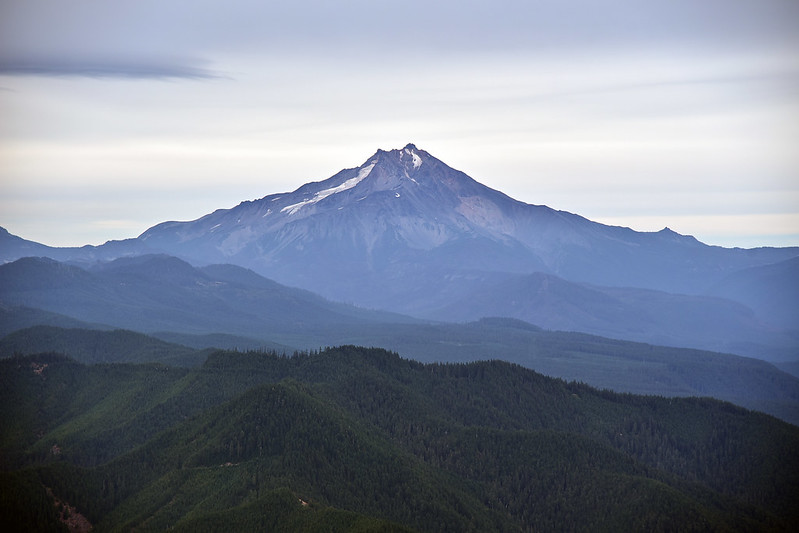 Battle Ax Mountain to the west: 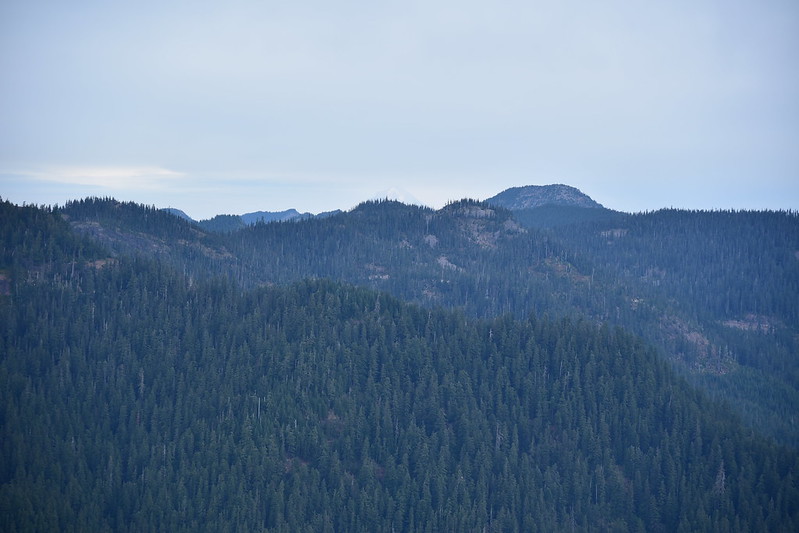 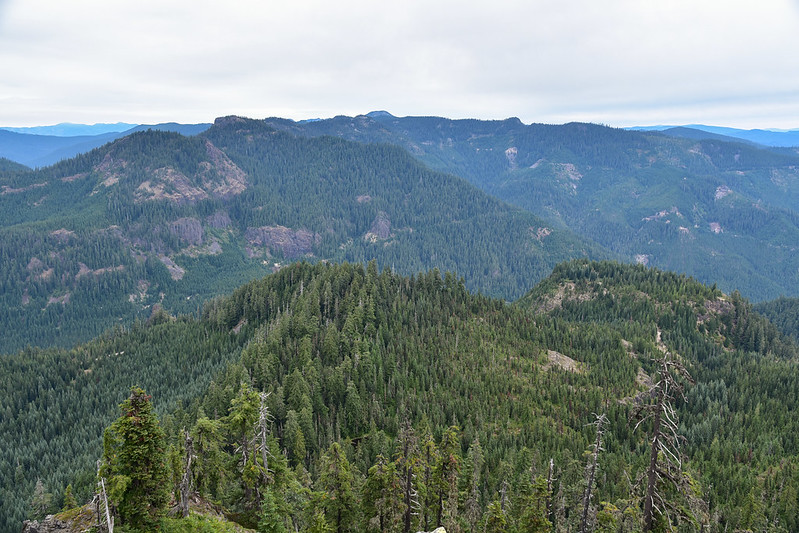 The lookout was built in 1929, pictured here in an undated photo: 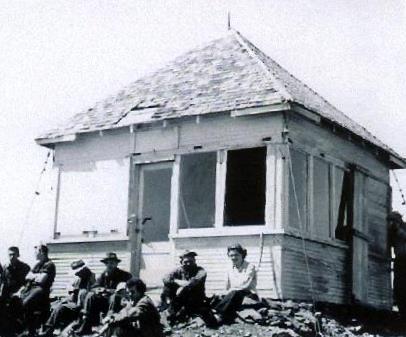 Although it was removed sometime in the mid 1960s, there are a few remnants still: 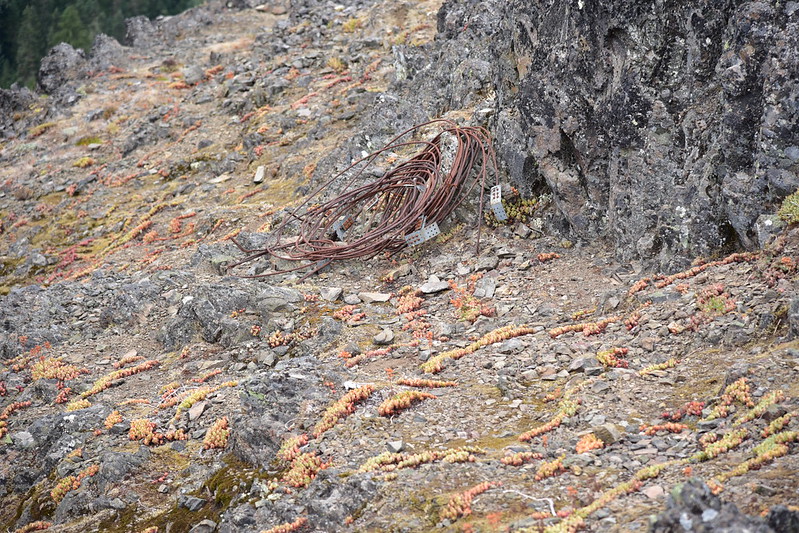 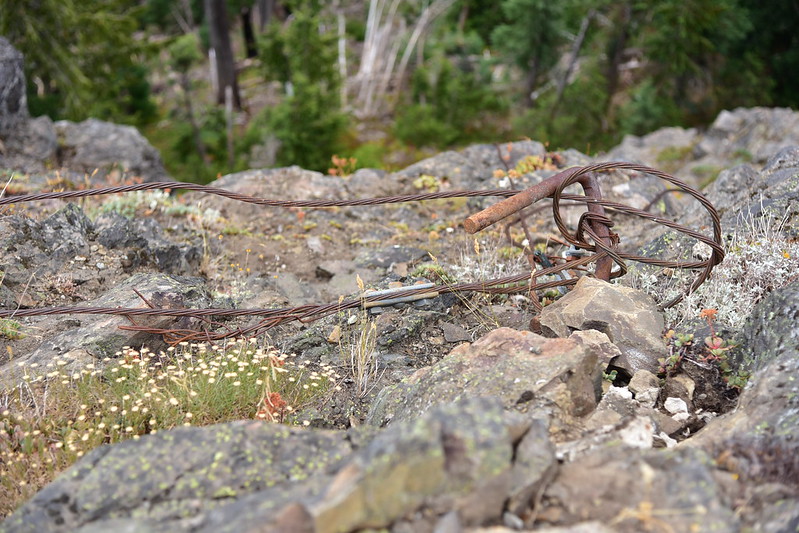 There was a lot of broken glass around from the long-gone lookout: 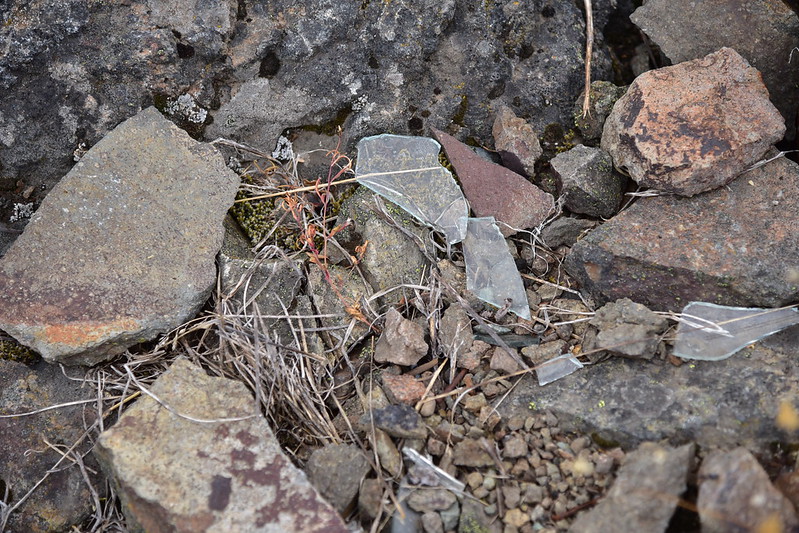 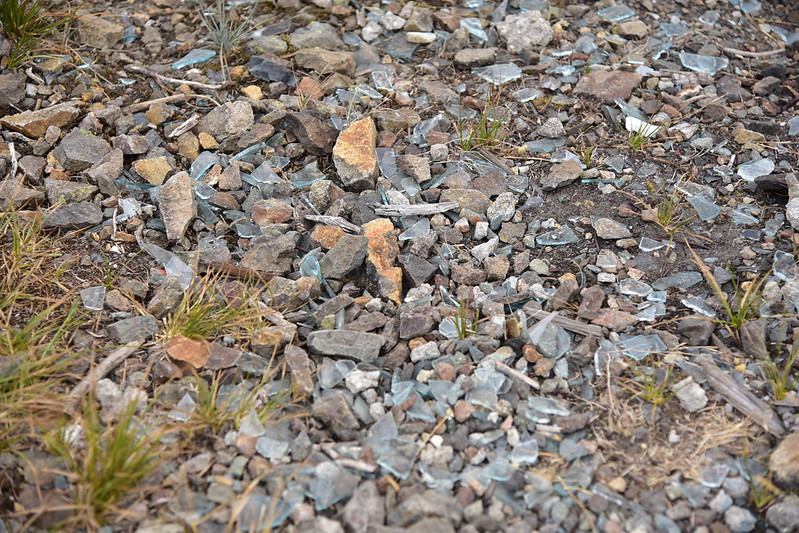 Where the lookout once stood: 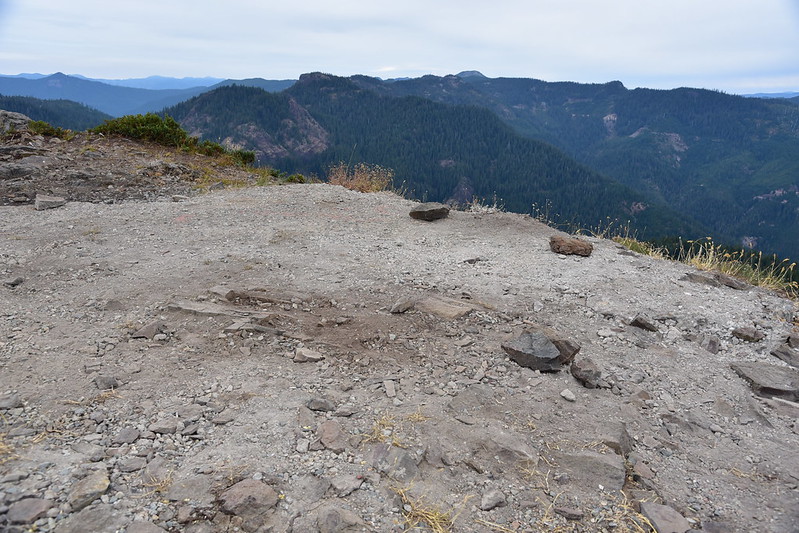 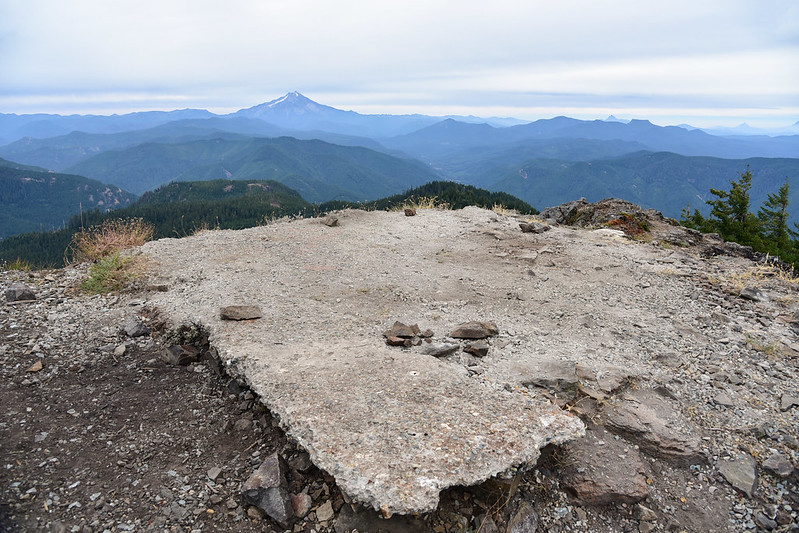 After enjoying the summit for awhile we hiked back down: 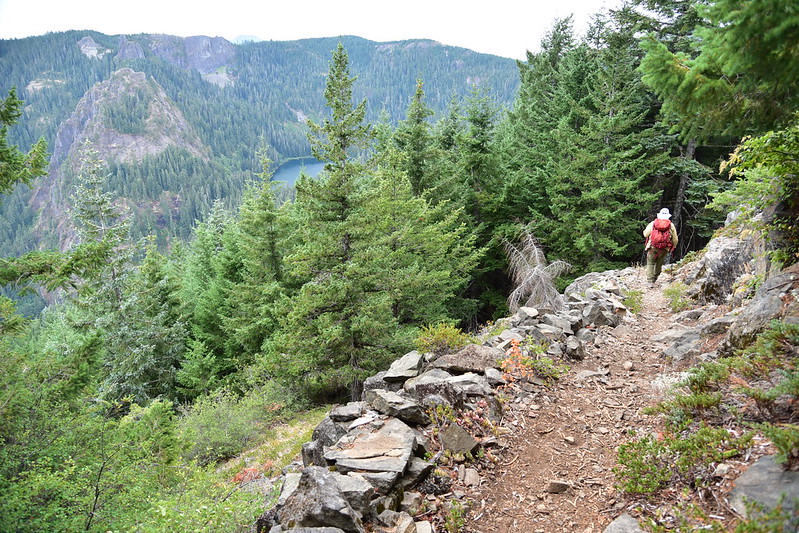 What a great spot! I can’t believe I’ve never hiked here before. I’ll definitely come back on a sunny day. 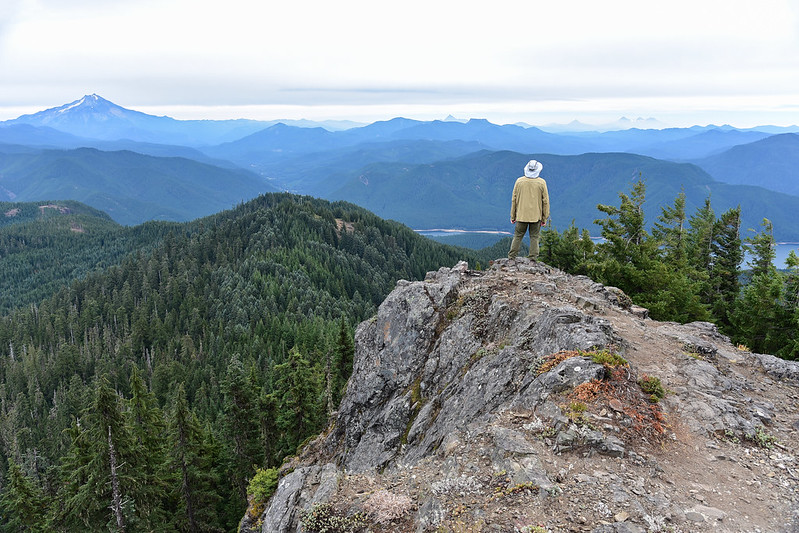