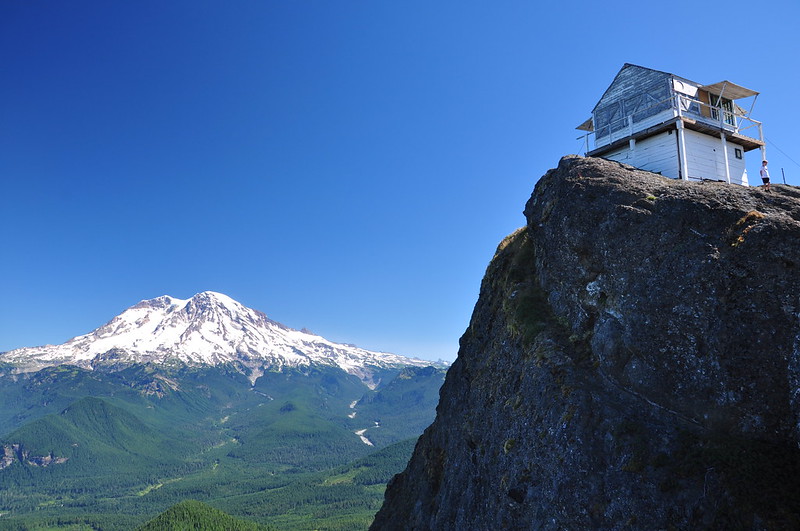 After doing the Tatoosh Trail the day before, today we did the shorter easier hike to High Rock Lookout. We’d had to pitch camp alongside the road the night before, being unable to find anywhere else to stay (hotel or campground). 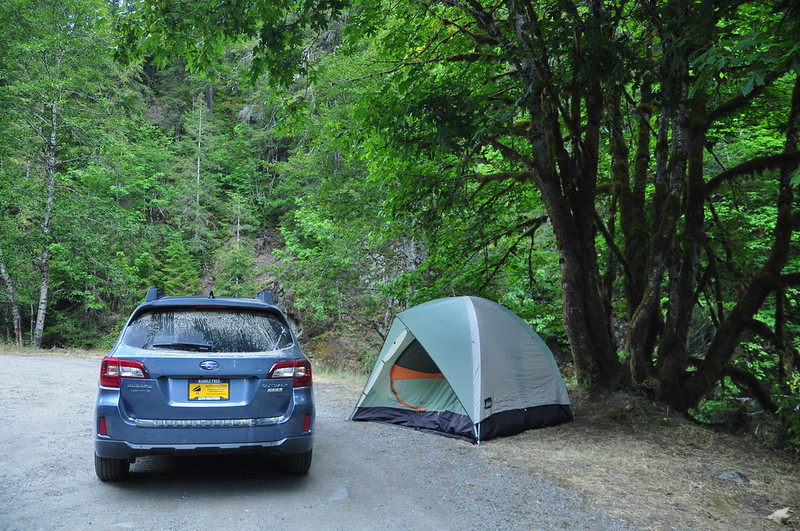 Fortunately this rushing stream blocked out the noise of the ocasional passing car: 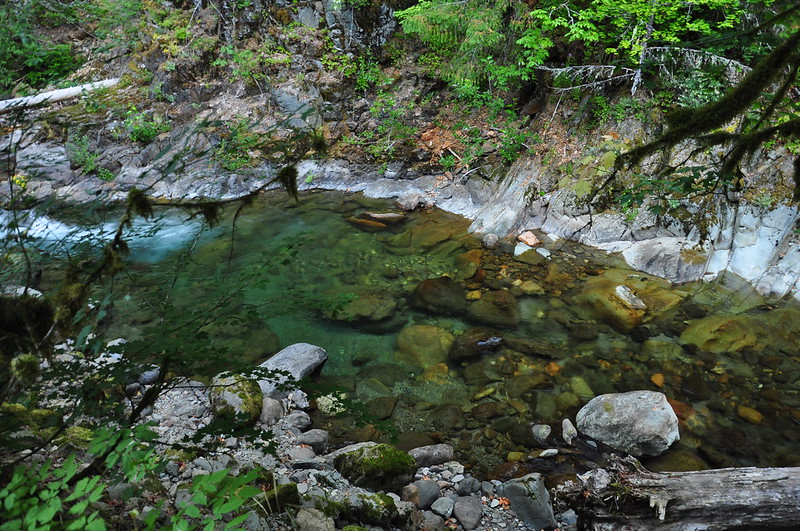 On the drive to the trailhead we got stuck behind a SLOW Impreza that was crawling along, even on the parts where there weren’t potholes. But we finally arrived and from the car we could see our destination, the tiny-looking fire lookout perched way up on the peak: 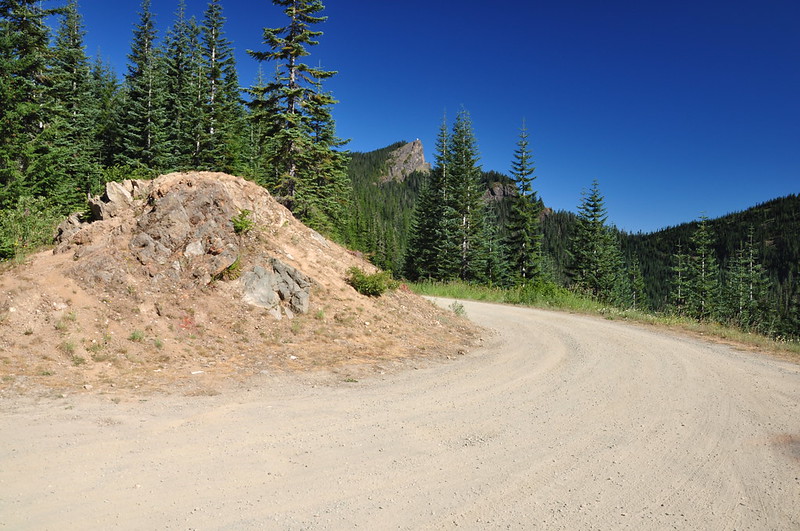 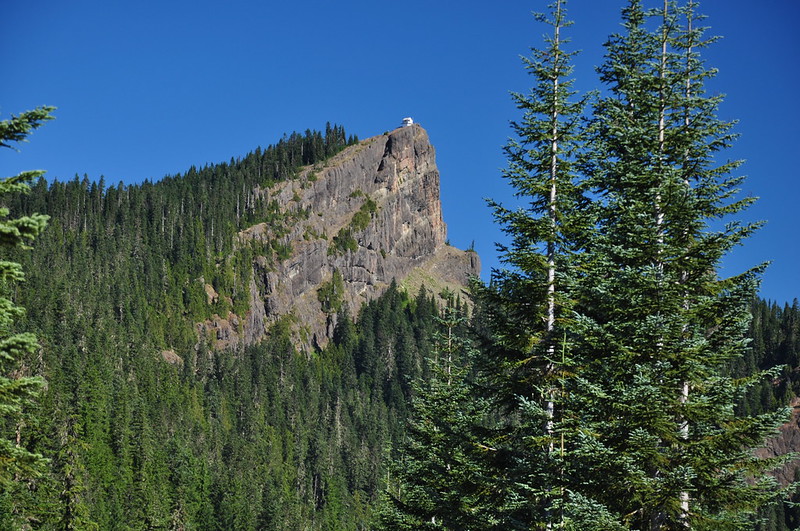 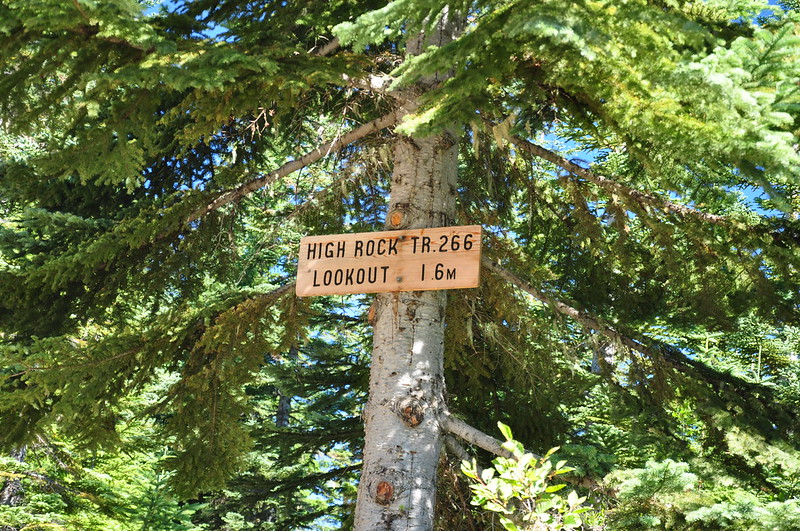 We hit the trail and saw a “workers” sign. We later learned it was a trail crew from the Washington Conservation Corps. We saw signs of their earlier work cutting the beargrass back from the trail: 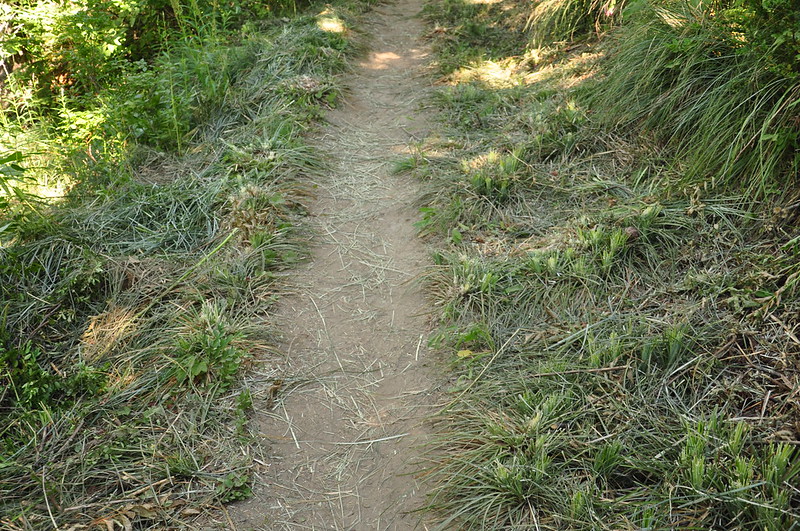 The trail climbs steeply up, up, up through the trees: 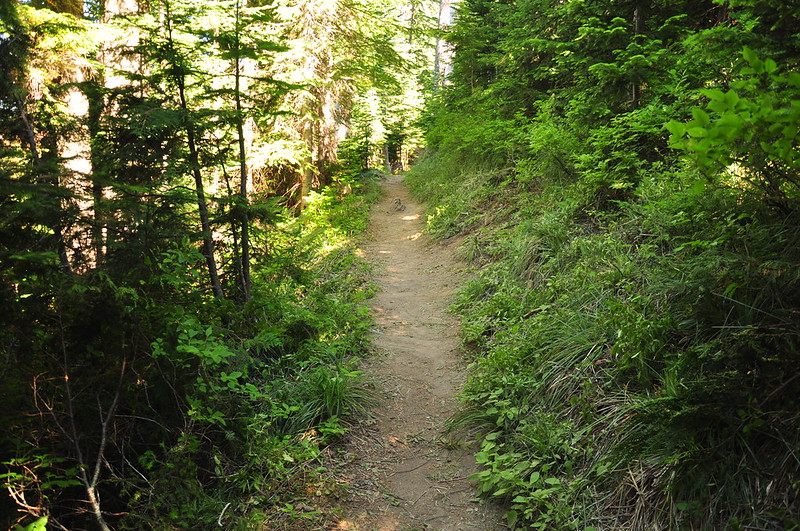 It’s a bit rough in spots: 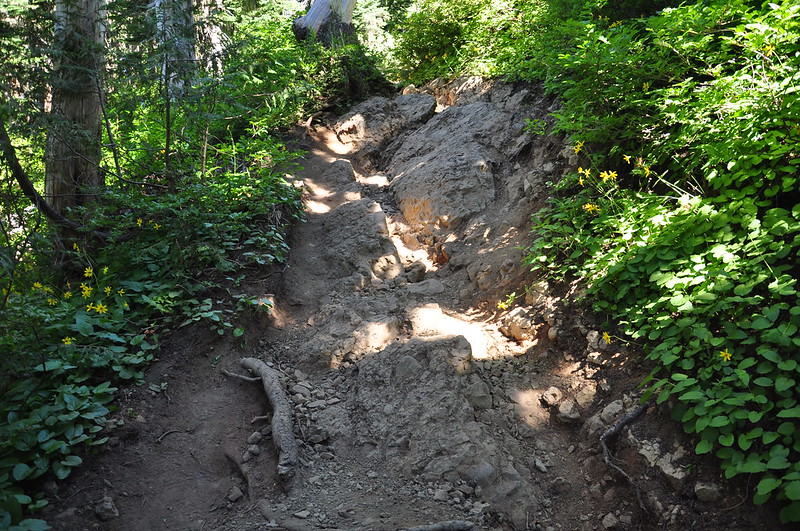 A little ways before reaching the top you get a peek at Mt. Rainier: 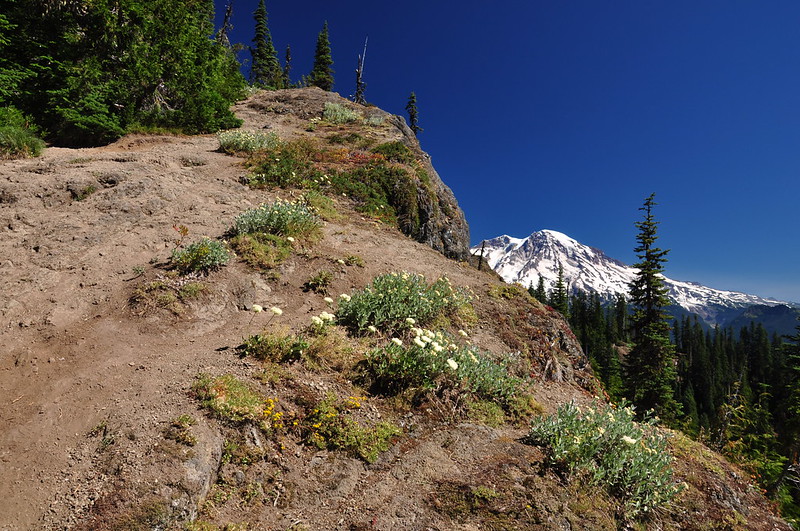 The trail comes out at the base of the sloping summit, with the old lookout perched above: 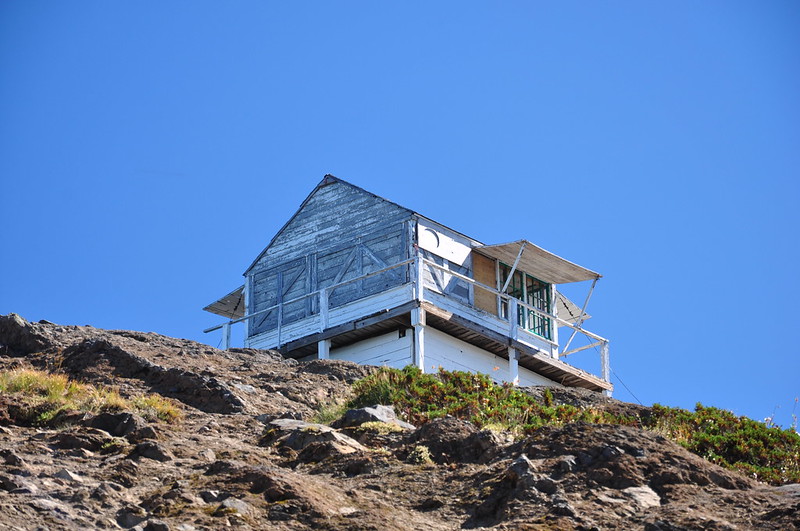 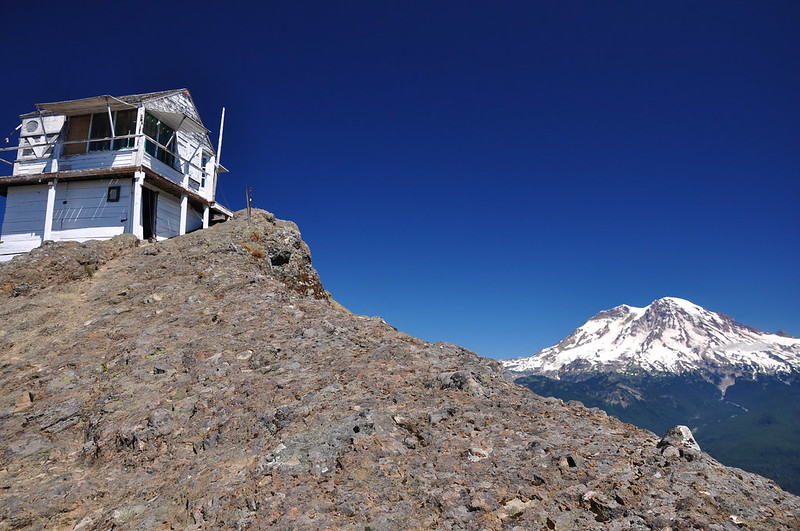 The lookout hasn’t been staffed in awhile and has been heavily vandalized. For some reason people have written all over the windows. The south wall has been shored up with supports: 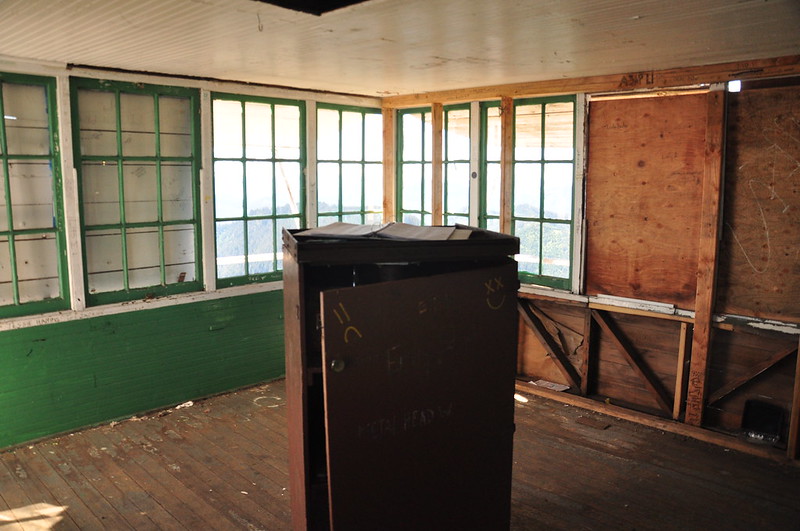 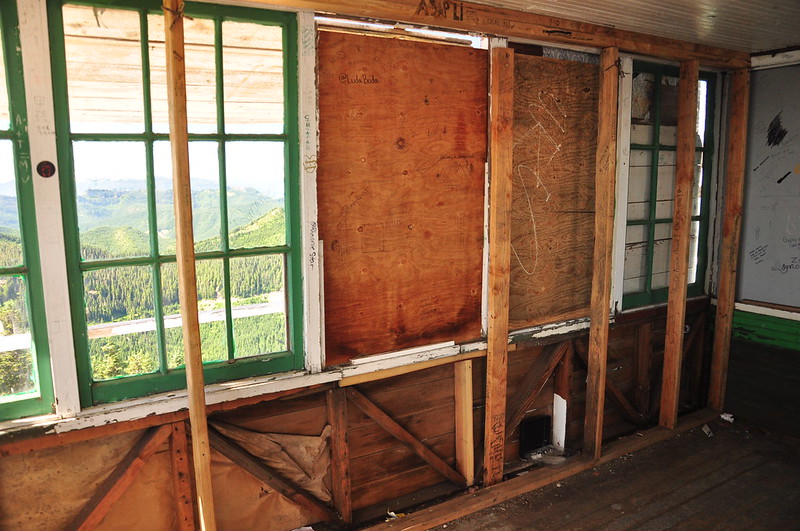 The view is pretty fabulous. Mt. Rainier to the north: 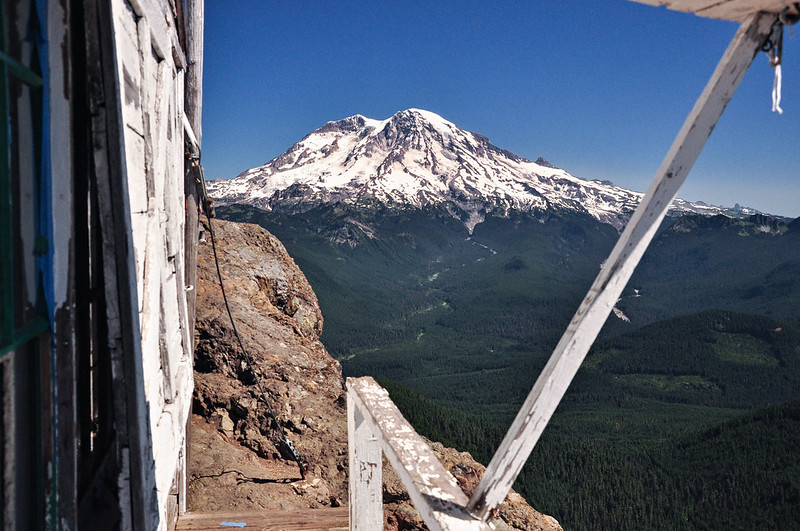 Mt. Adams to the south: 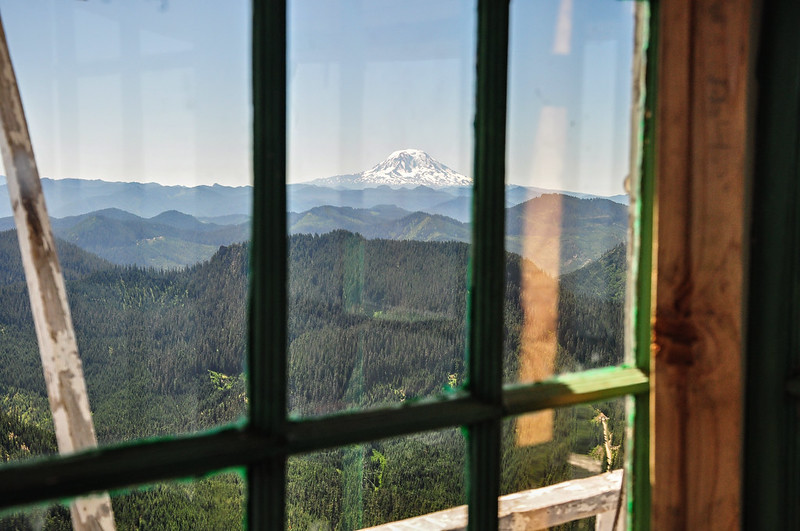 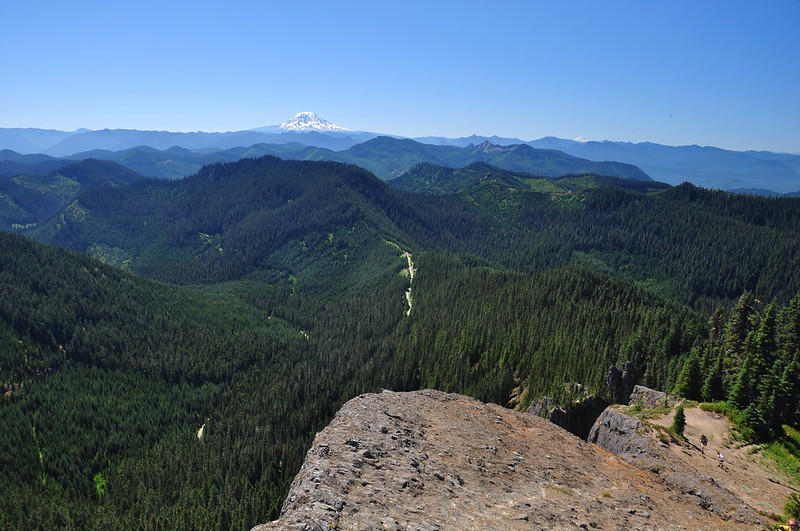 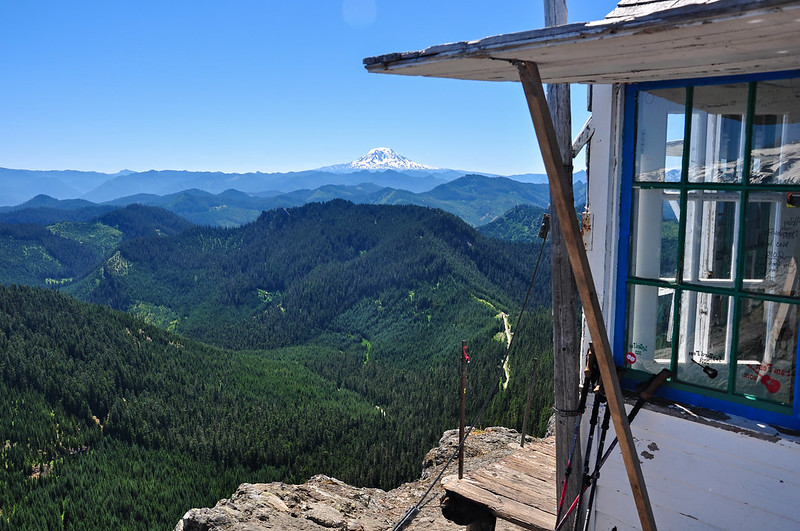 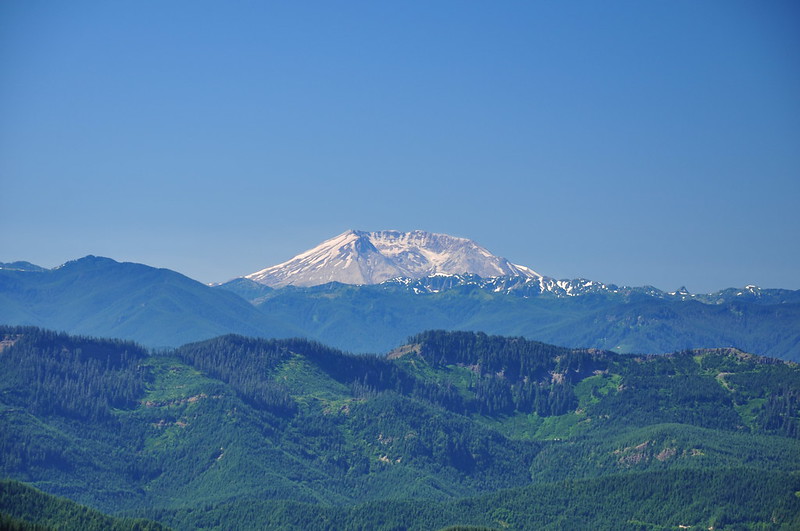 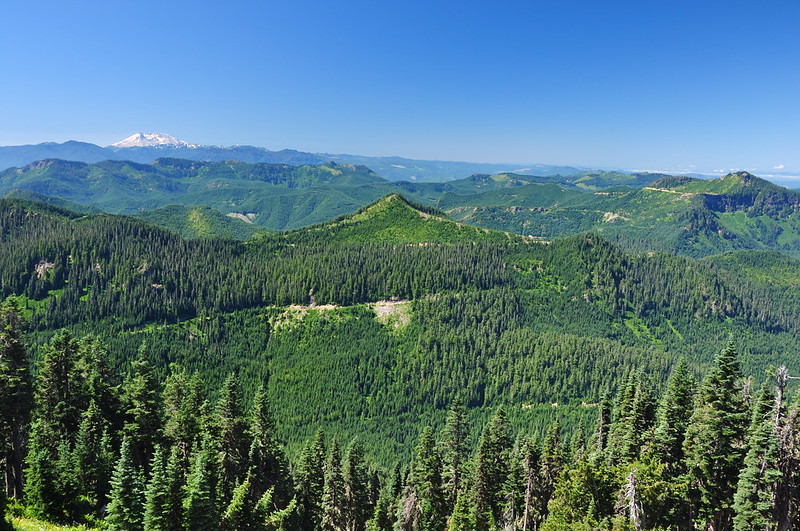 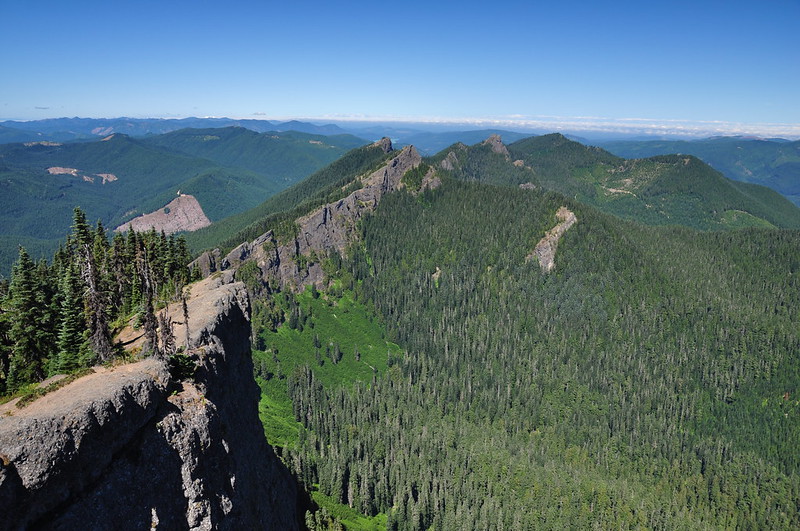 To the east we could see the meadows of Tatoosh Peak we had traversed the day before. It hadn’t occurred to us to look for High Rock when we over there, but we don’t own binoculars so probably couldn’t have seen it anyway: 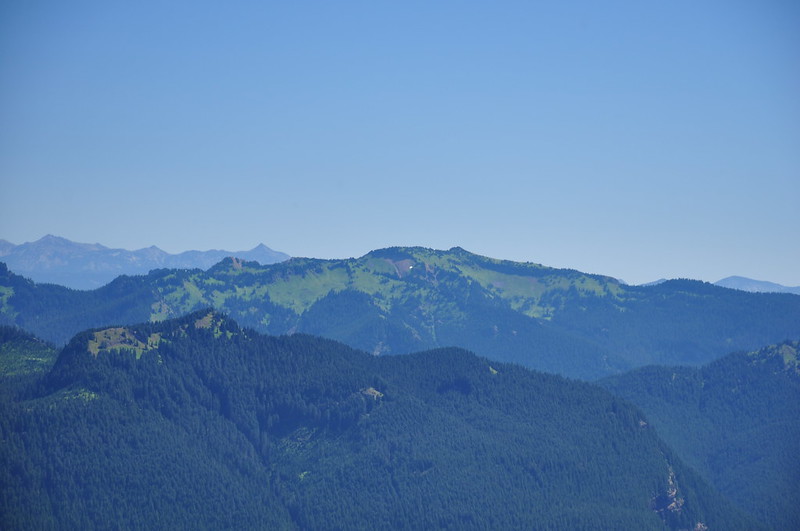 We could see Mt. Hood way off in the distance too: 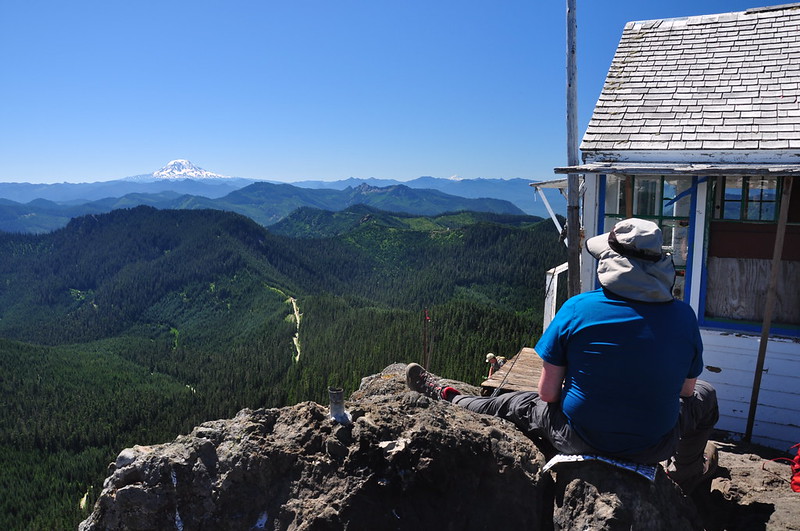 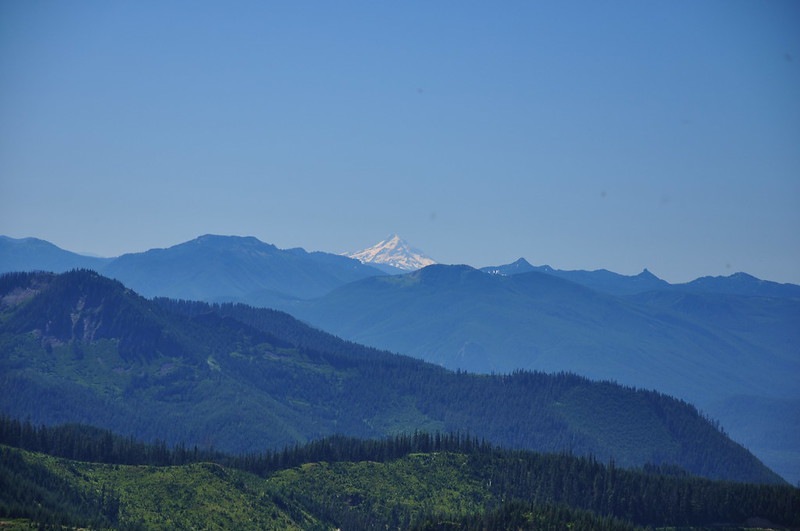 We hung out a the summit for awhile soaking up the fabulous views. This is one popular trail, and we saw plenty of people up here. We also saw plenty of bugs. It was breezy at first, but when the winds calmed we were swarmed with flying ants. they didn’t bite, But were very annoying. Also annoying: the target shooters somewhere in the valley below us.

We headed down, passing dozens of people on their way up. While looking for an off-trail geocache on the way down, Greg got this iPhone shot of the lookout and Mt. Rainier: 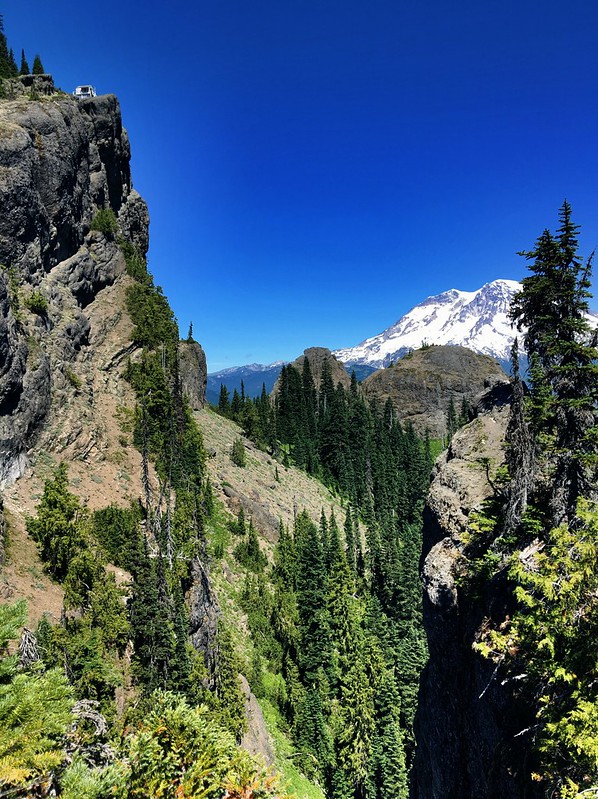 This is a nice short hike with great views. Glad we got to do it on such a clear day! Two days later on August 2 the entire Pacific Northwest became choked with smoke as shifting winds brought wildfire smoke from British Columbia, creating poor air quality and eliminating all views.