Our weekend plans went through several changes in just a matter of days. We had planned on going camping or backpacking with friends, but sadly they had to cancel for want of a dog-sitter. Then Greg and I decided to do a one-night backpack to Santiam Lake, until we got a look at the forecast and decided that was a bad idea. The forecast worsened, but I was desperate for nature time and staying home was not an option, so finally on Friday night we decided we’d go to the east side of Mt. Hood and hope that we’d at least stay dry, which we mostly did. 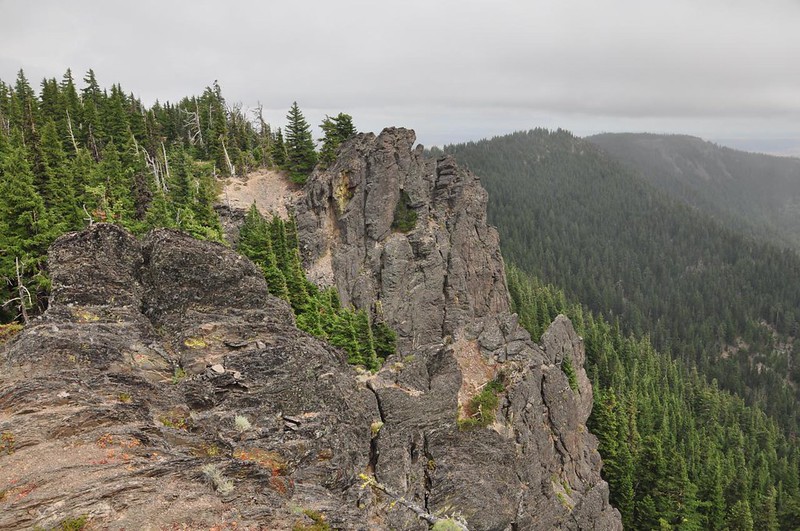 This forecast, by the way, is a real-life embodiment of that classic Oregon joke: What do you call two days of rain in Oregon? A weekend. 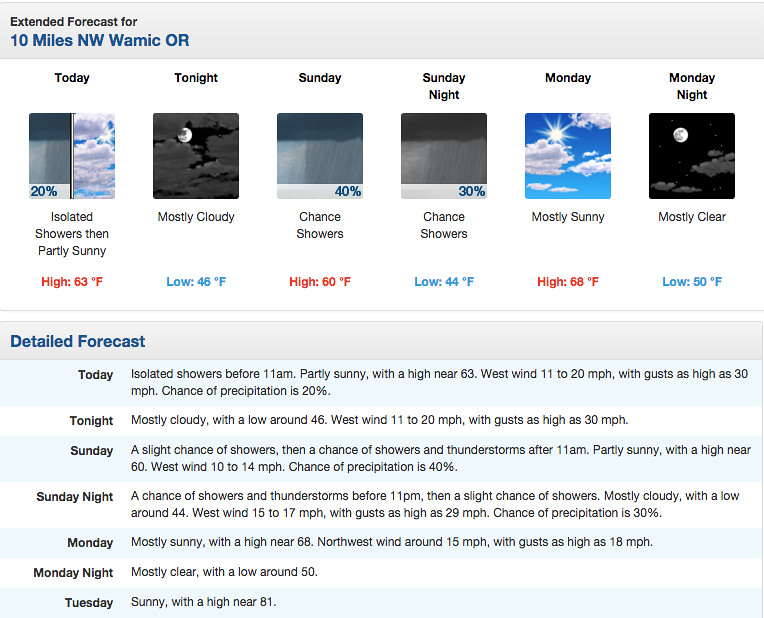 Let me translate what the weather guys are trying to say here: “We have NO idea what will happen.”

Yesterday we hiked the Fret Creek Trail up to Palisade Point. Almost immediately our progress slowed to a crawl due to the huge amounts of huckleberries all around us. There were SO MANY. YUM YUM. 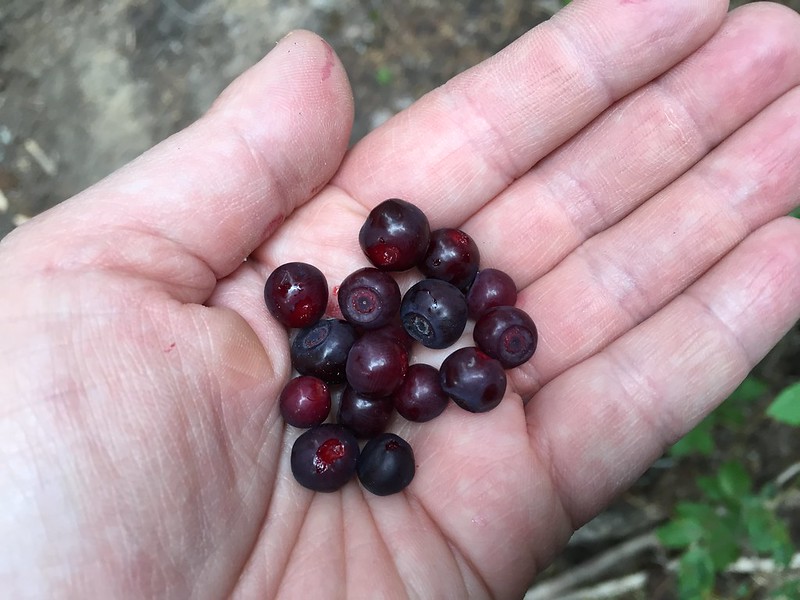 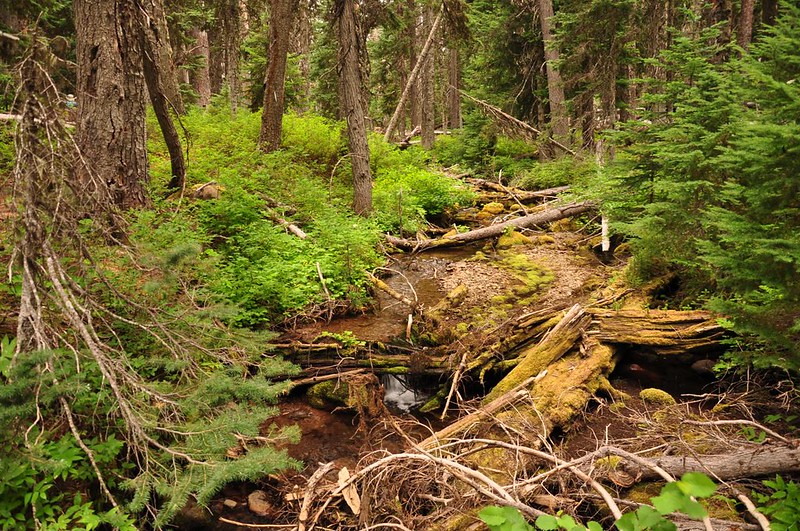 It was very windy and the trees creaked and groaned around us. Sort of eerie. Just before reaching the Divide Trail we passed Oval Lake, which is more like a pond. We could see Palisade Point high above us. 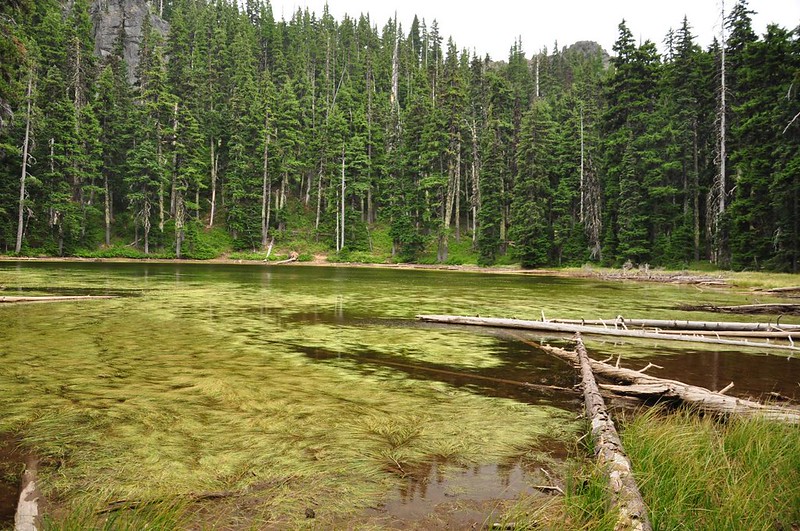 Signage! You never know when or if you’ll see signs at trail junctions, especially in the Mt. Hood Forest. 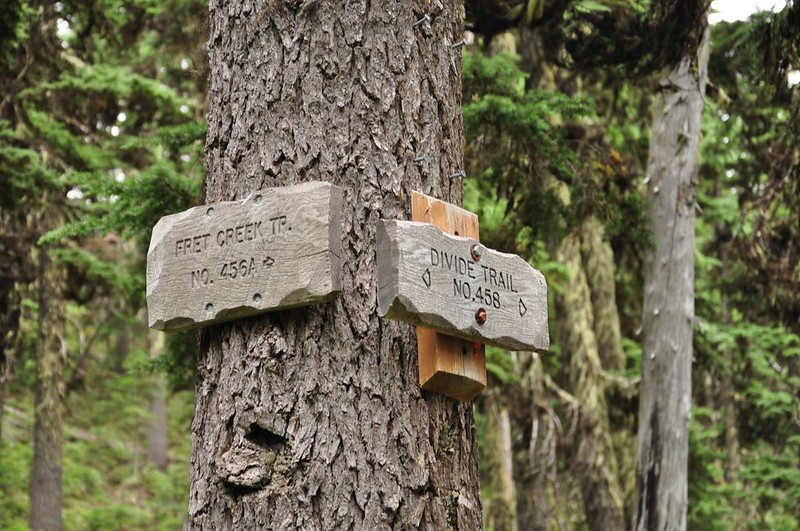 Lots of this tiny sedum by the trail just before reaching the viewpoint. 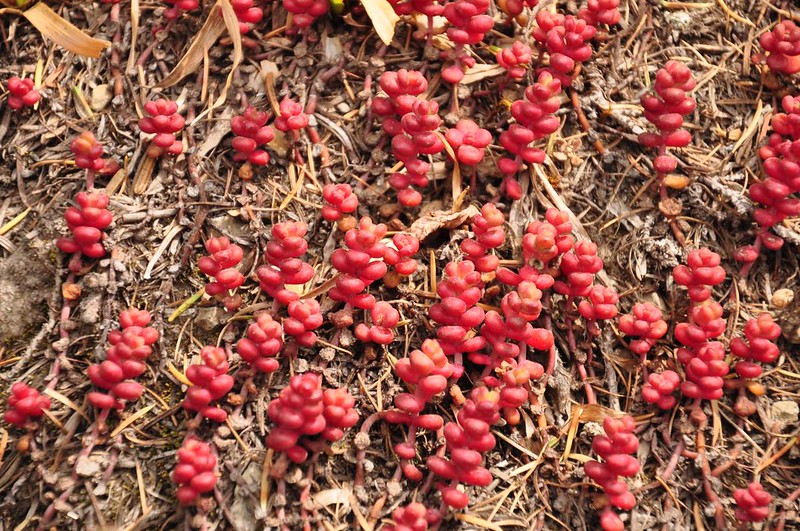 We reached Palisade Point and got a good look at the sky above us. “Partly sunny.” Yeah. Right. We climbed up on the rock. 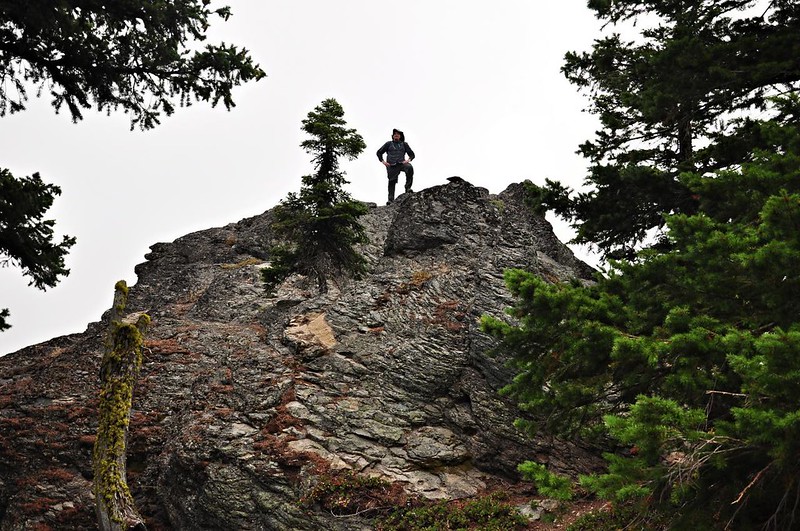 The views were very limited. Flag Point to the east: 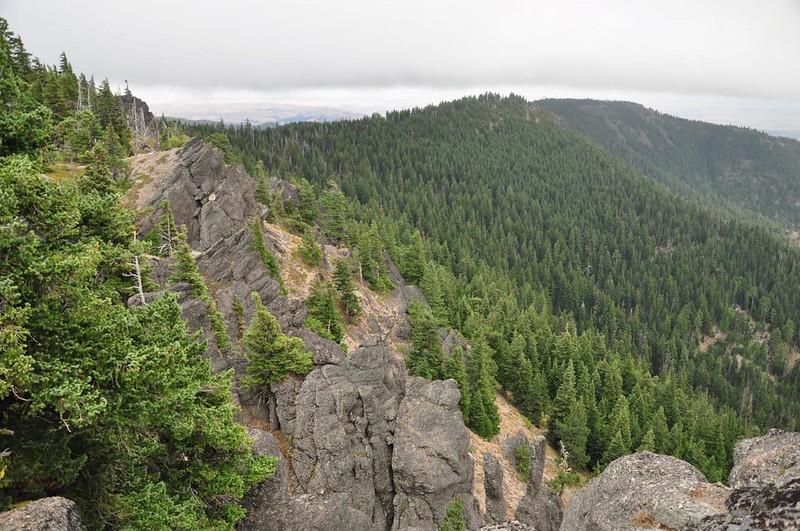 The lookout was so tiny, even with the camera zoom! 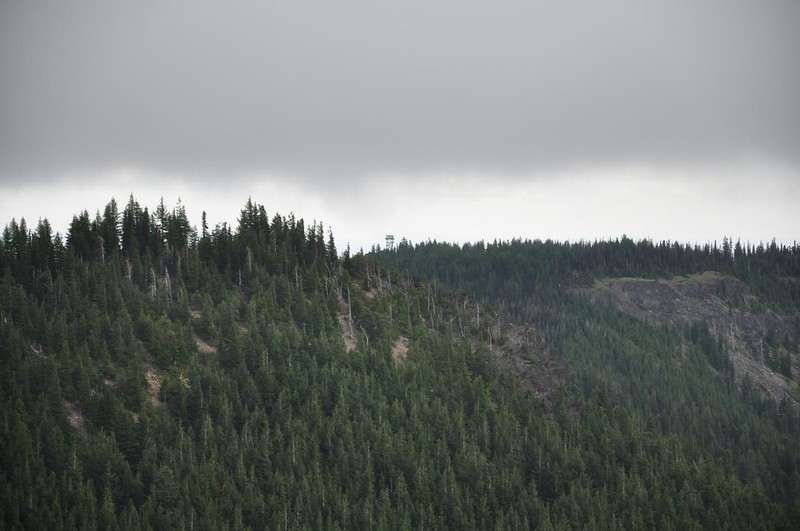 That’s Lookout Mountain on the right, hiding in the clouds: 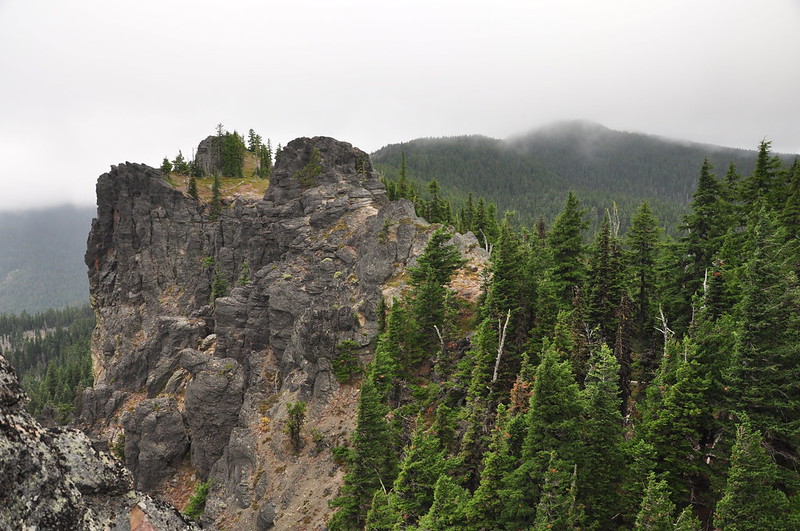 We climbed part of the way up that rock in the picture above. From there we could see down on Oval Lake. 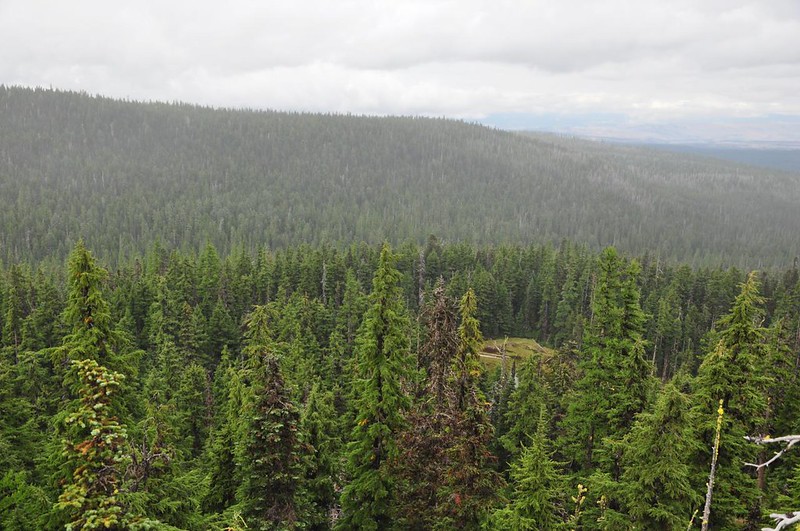 Greg looking out over the Badger Creek Wilderness. The first rock we climbed is beyond, with Flag Point on the right. 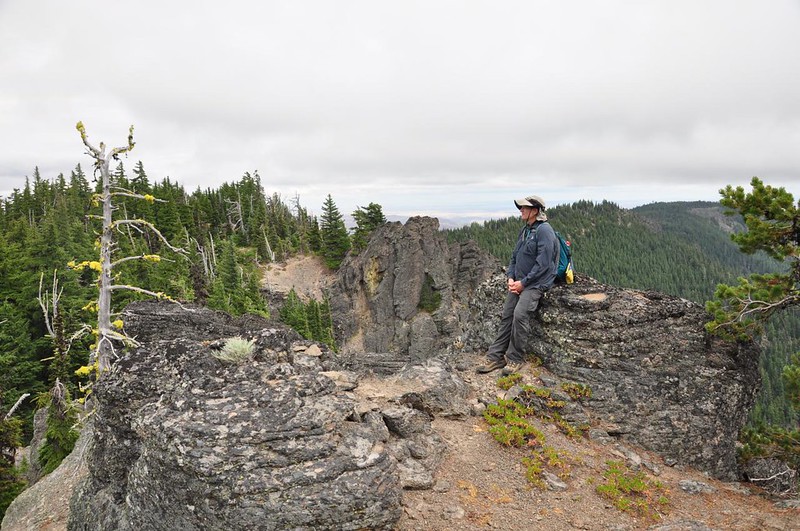 It was CRAZY windy up on those rocks, and consequently quite cold. On a warmer clearer day we would have lingered a lot longer enjoying the views and sunshine. But on this chilly day we retreated into the protection of the trees and headed back down. We had considered adding Flag Point or Lookout Mountain onto our hike, but with the low clouds and lack of views we didn’t see the point.

On the way back down this little bird near the trail seemed to be posing for me. Held still while I got a few photos! 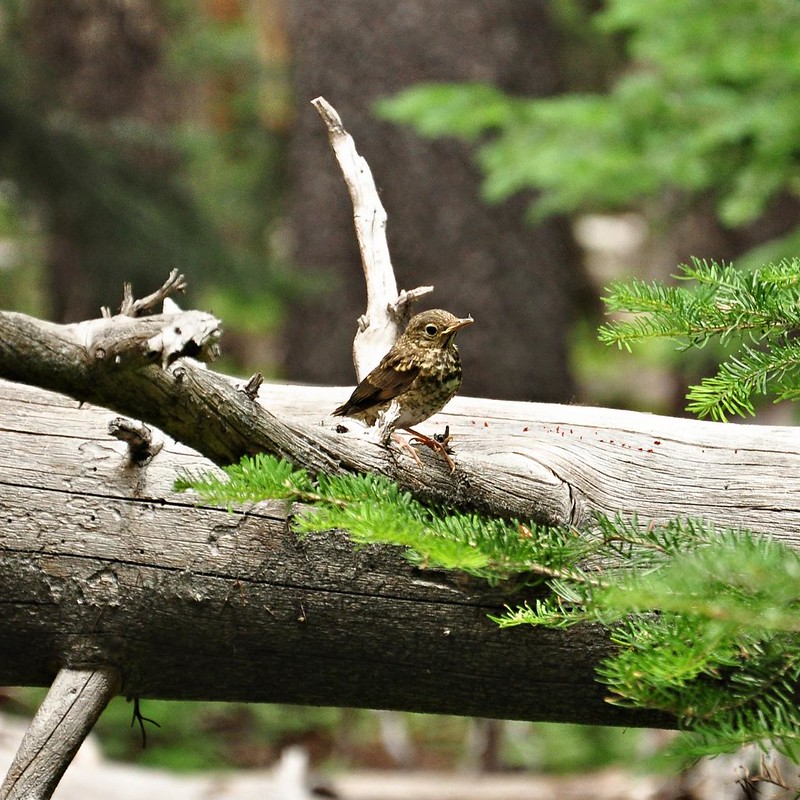 We were camped at little Fifteenmile Campground just down the road, so we dumped our packs, grabbed some sandwich bags, and went back for some more huckleberries. When we got home this evening we enjoyed them over Tillamook vanilla bean ice cream. DELICIOUS! 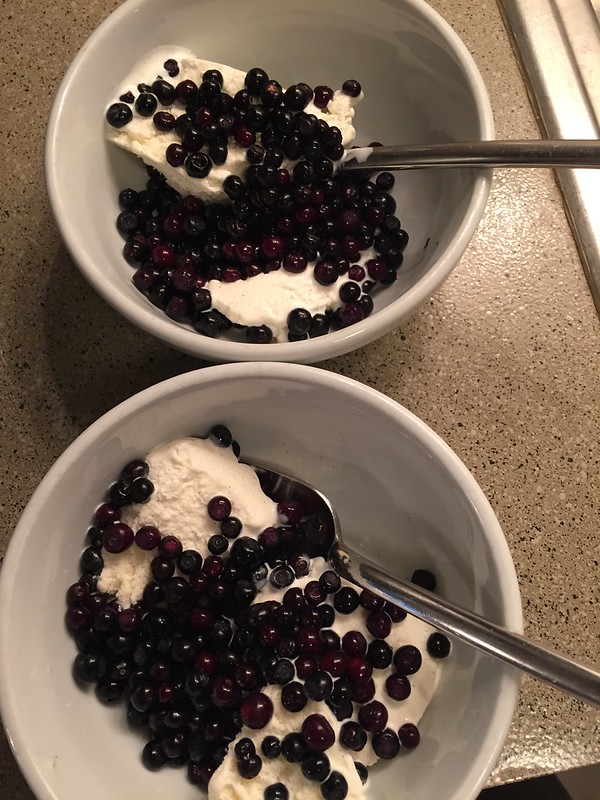