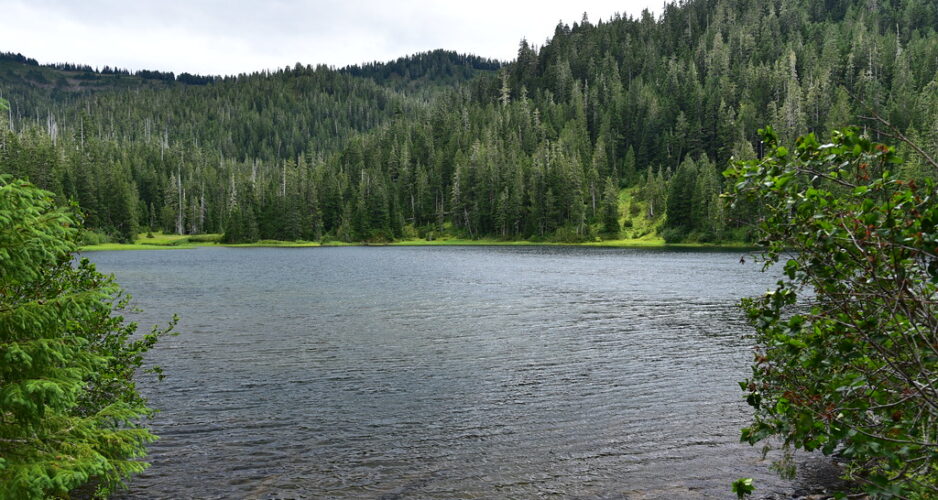 I am SO sick of wildfire smoke. After spending hours trying to figure out where to we could go backpacking over Labor Day Weekend and not be in the path of smoke, we got up at 4am Friday morning ready to hit the road, only to have to change our plans again. Ultimately we pivoted away from backpacking and ended up car camping instead, heading back to the Olympic Peninsula for the second time this summer.

Saturday’s weather was cool, cloudy, with a threat of drizzle so we decided to forgo any view hikes and headed to the Sol Duc area to hike to Deer Lake. There were MANY MANY cars in the parking lot, and we saw MANY MANY people as headed out on the trail: 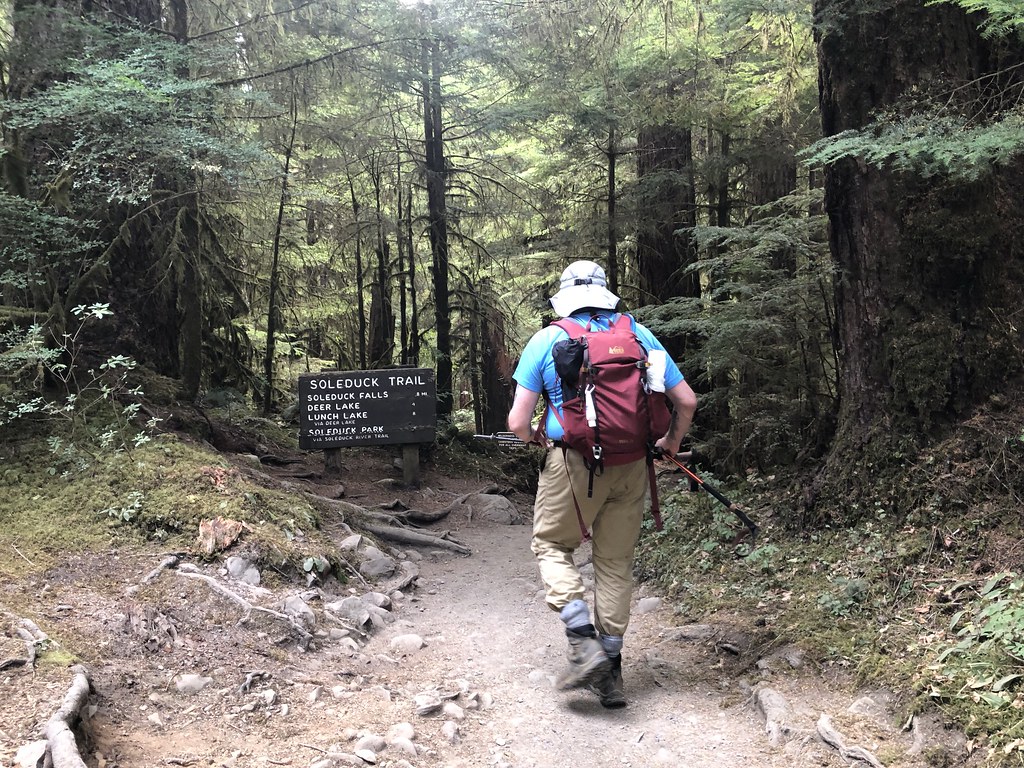 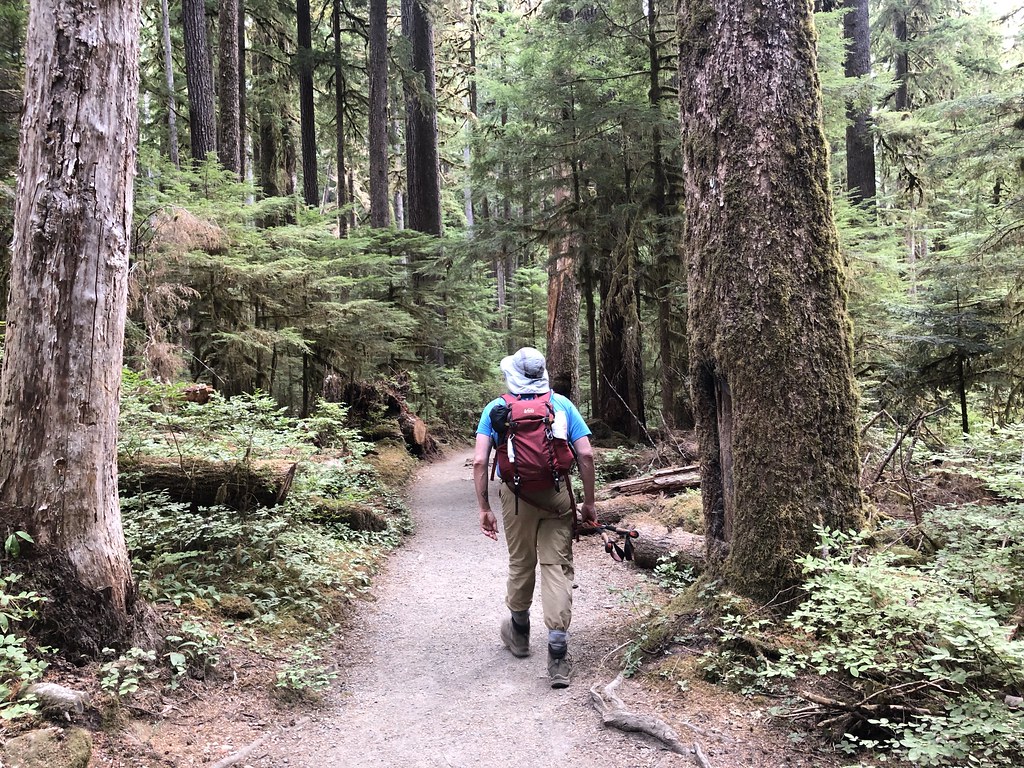 Pets aren’t allowed on trails in national parks, and it’s very clearly signed. Nevertheless we would see dogs on this first stretch of trail later in the day: 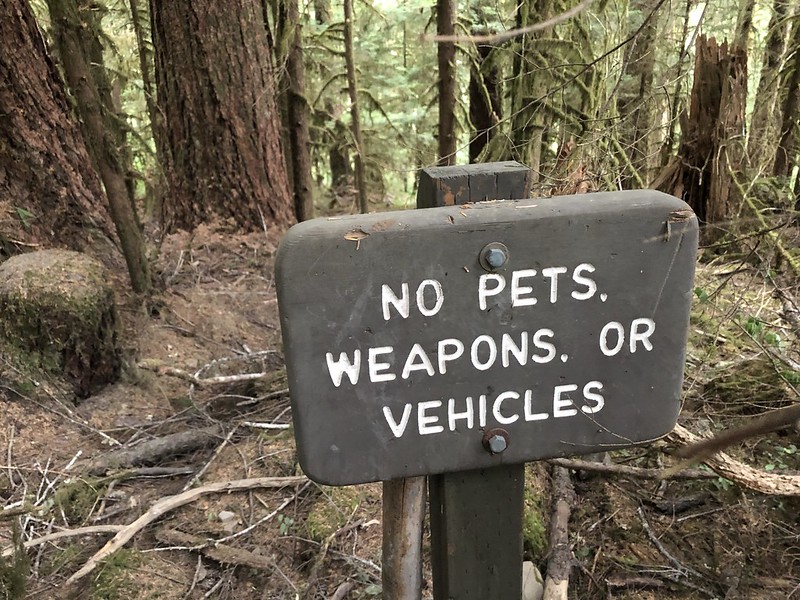 We passed the shelter: 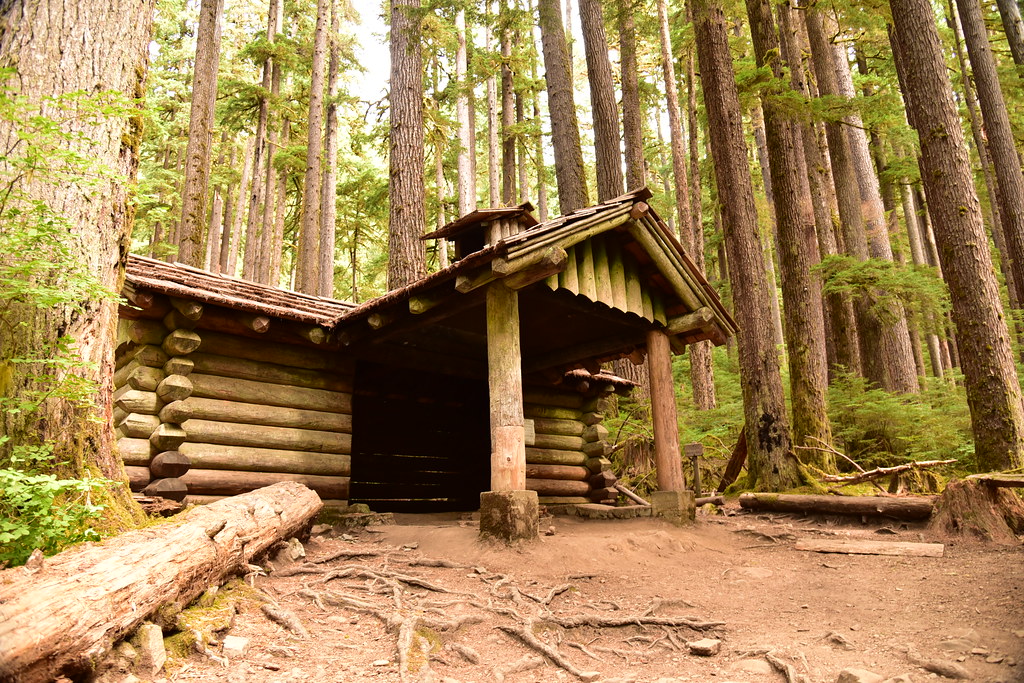 Then reached Sol Duc Falls, which is where the vast majority of those people were heading: 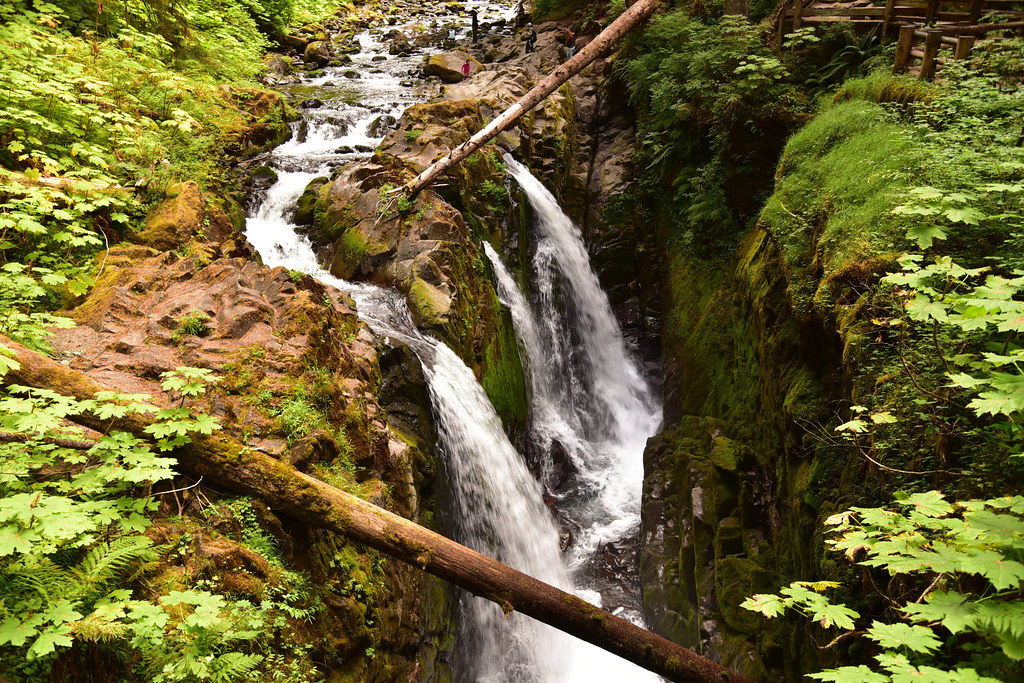 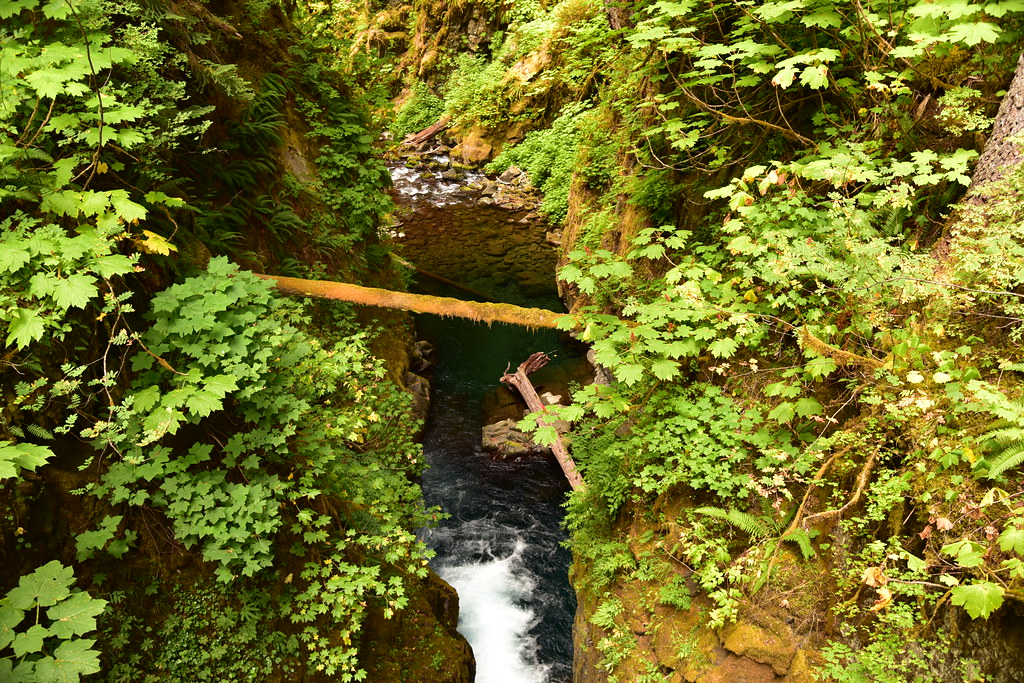 A miraculous people-free shot of the bridge at the falls: 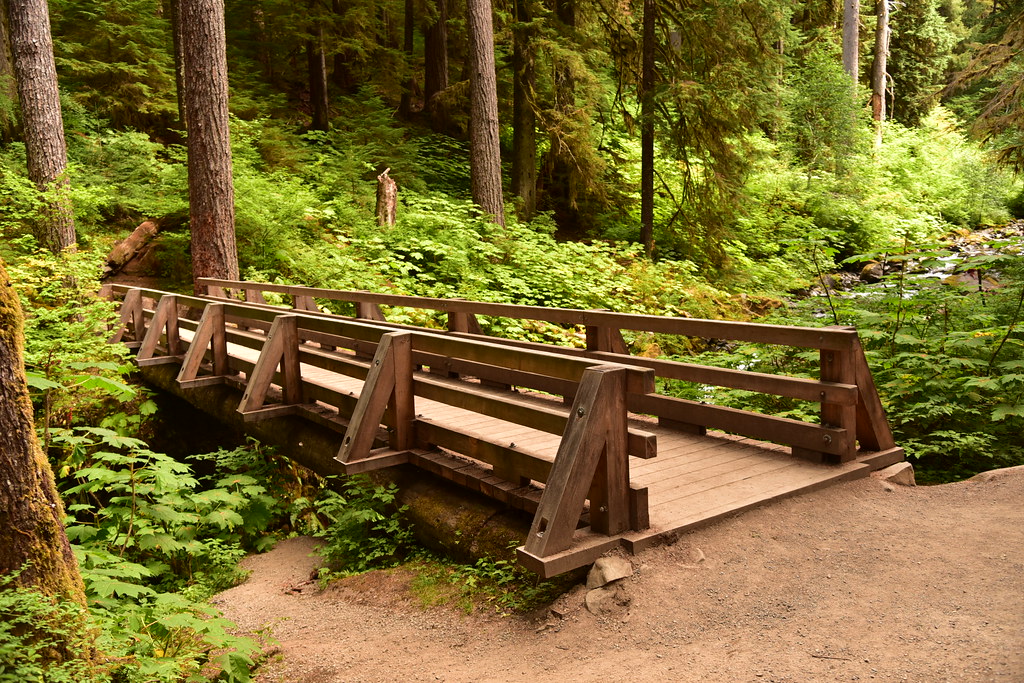 Then we continued on towards Deer Lake: 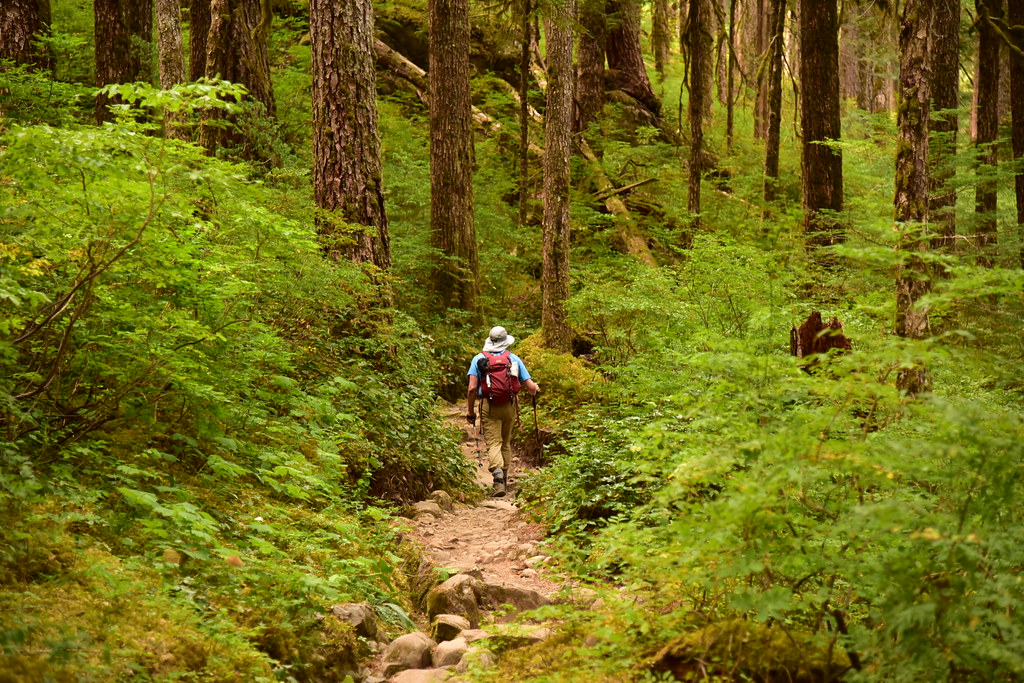 Oh my goodness this trail was AWFUL. There were lots of exposed roots and rocks and it was very slow going. This kind of trail is both physically and mentally exhausting because you can’t get into a stride and you have pick your way through the obstacle course. I had my eyes glued to the trail in front of me for most of this hike: 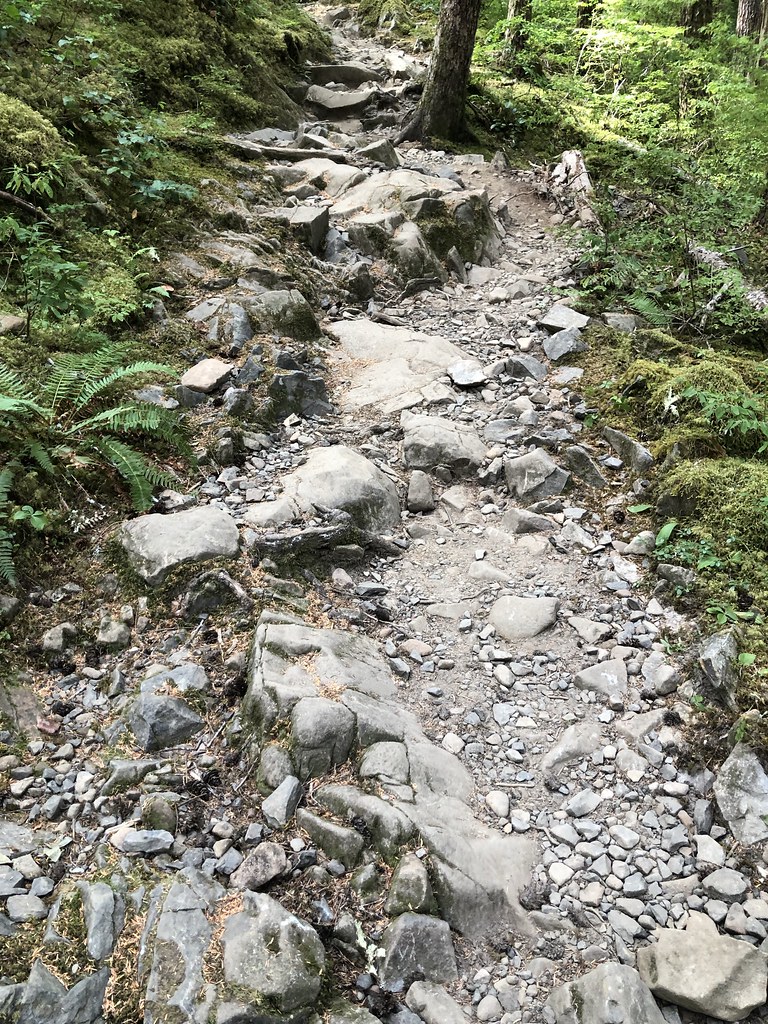 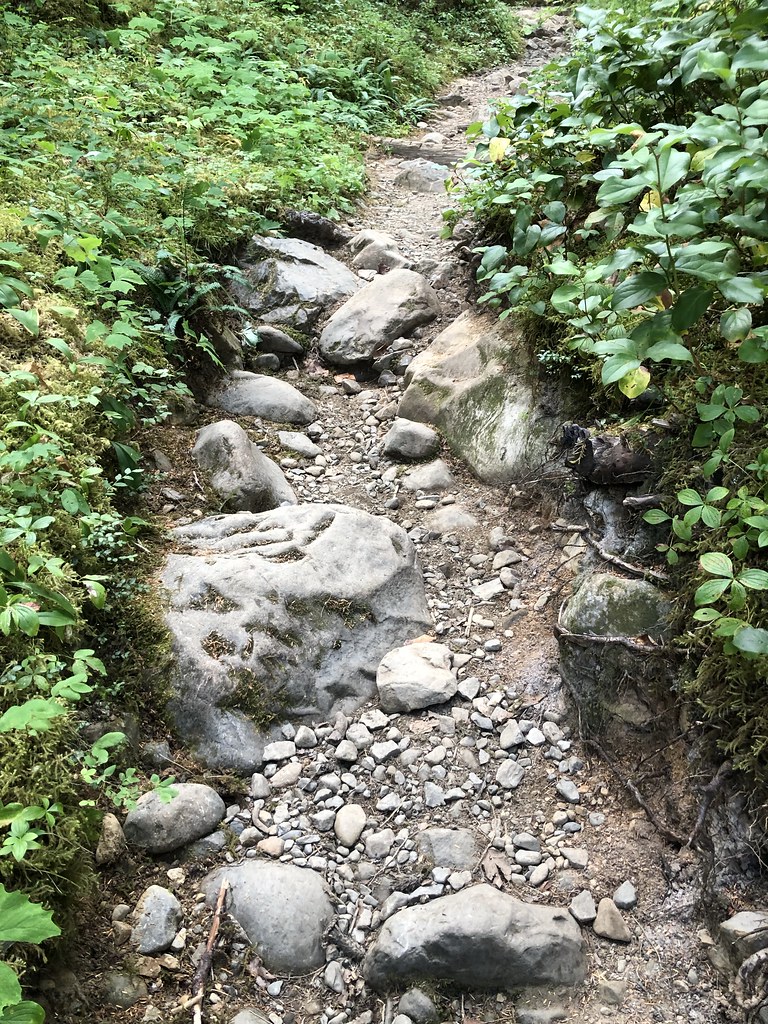 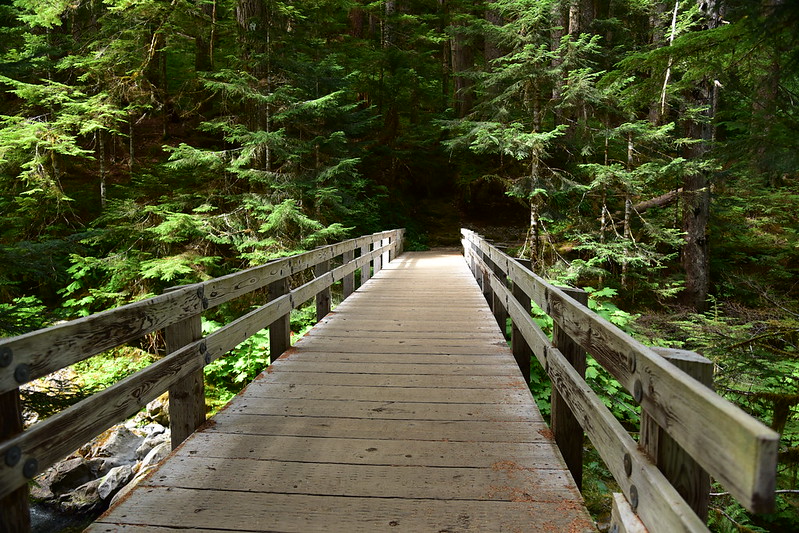 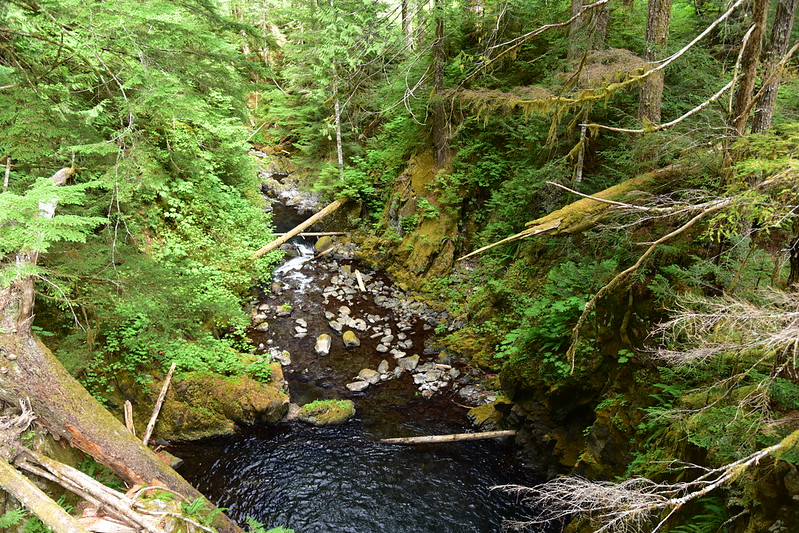 Continuing on the obstacle course: 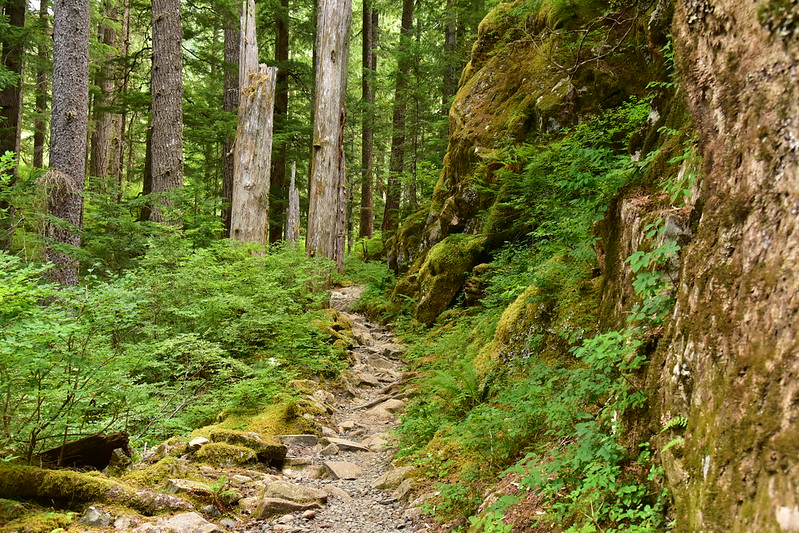 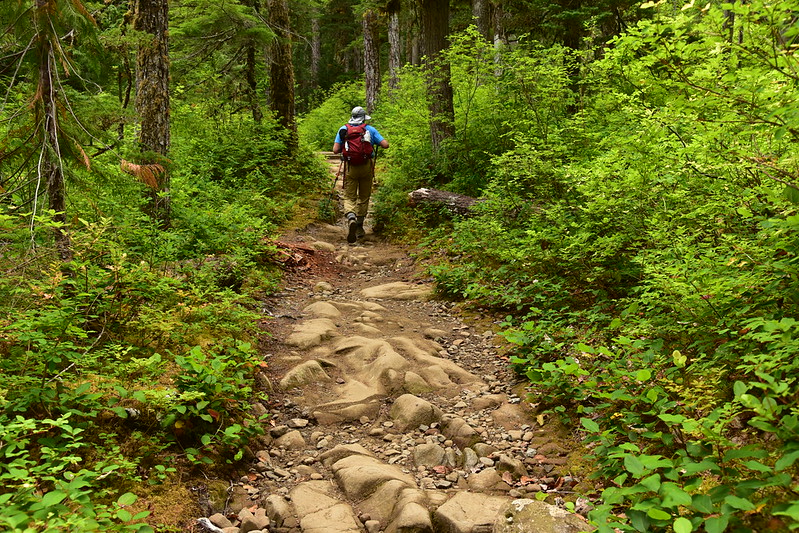 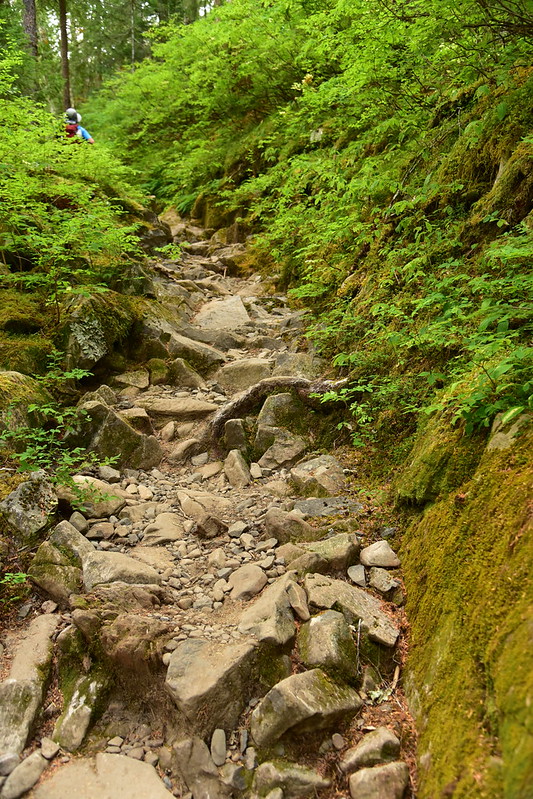 We saw this tree burl that looked like a butt: 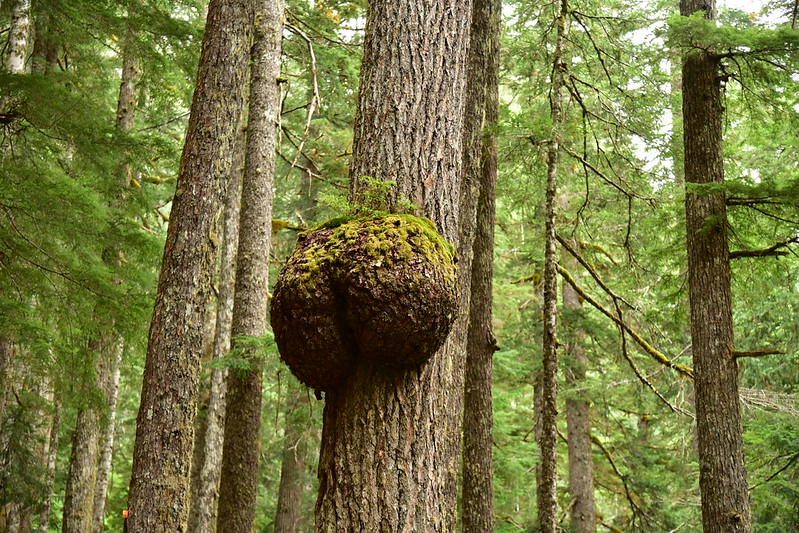 We finally reached Deer Lake and made our way around it looking for a spot to take a break: 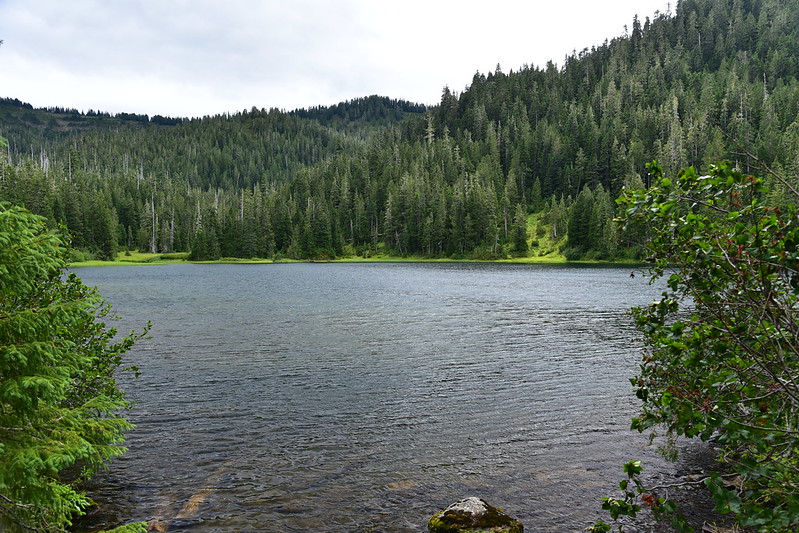 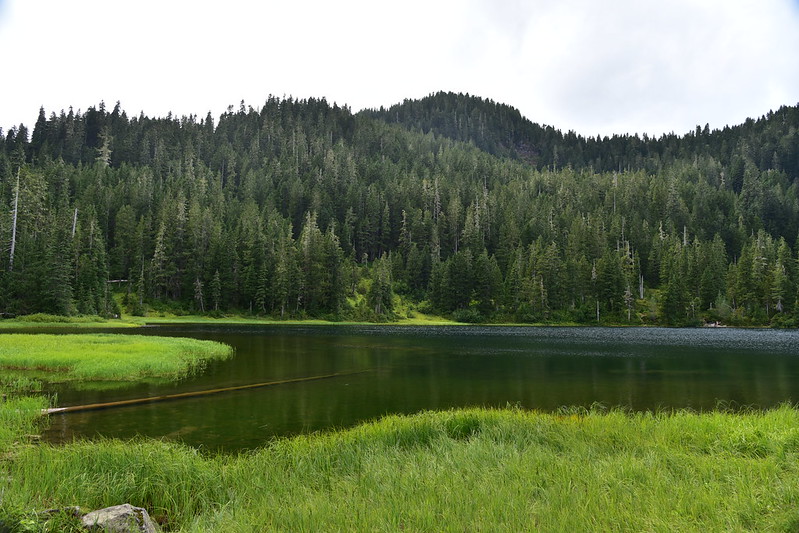 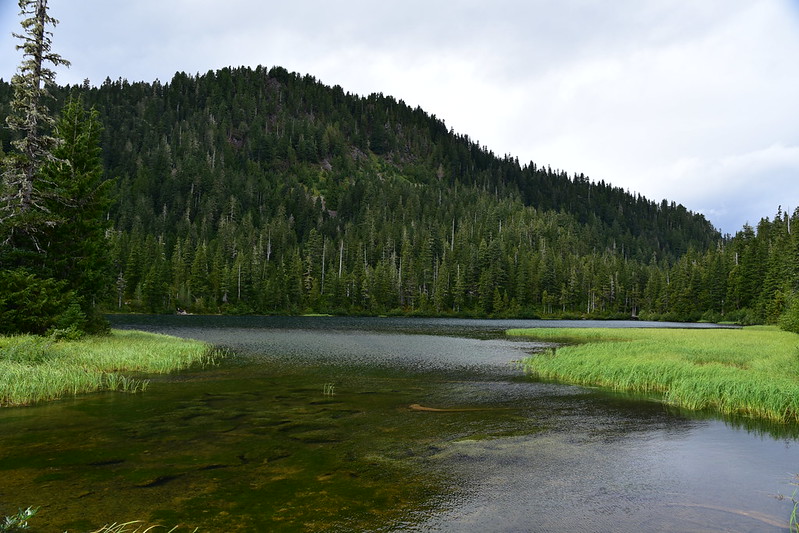 There’s a falling-apart boardwalk at the far end: 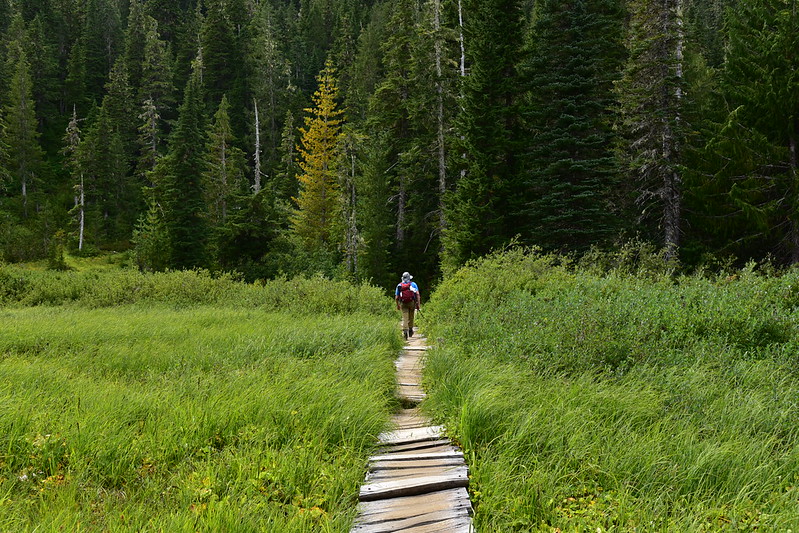 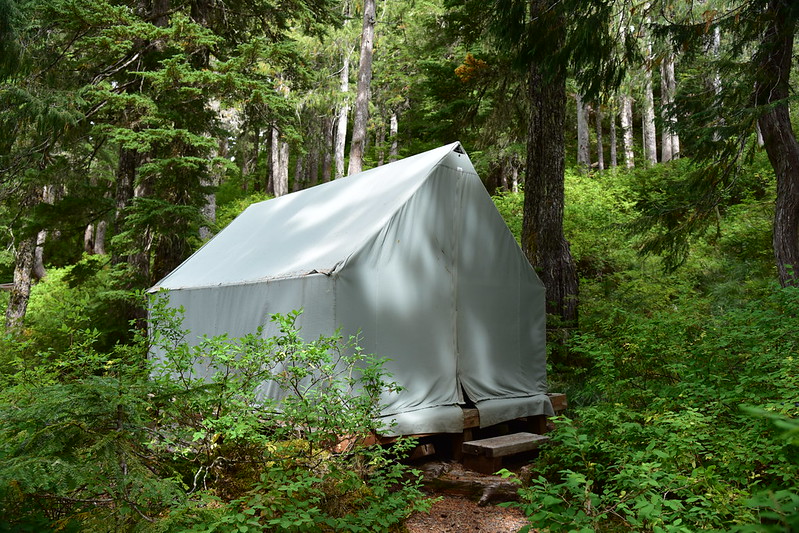 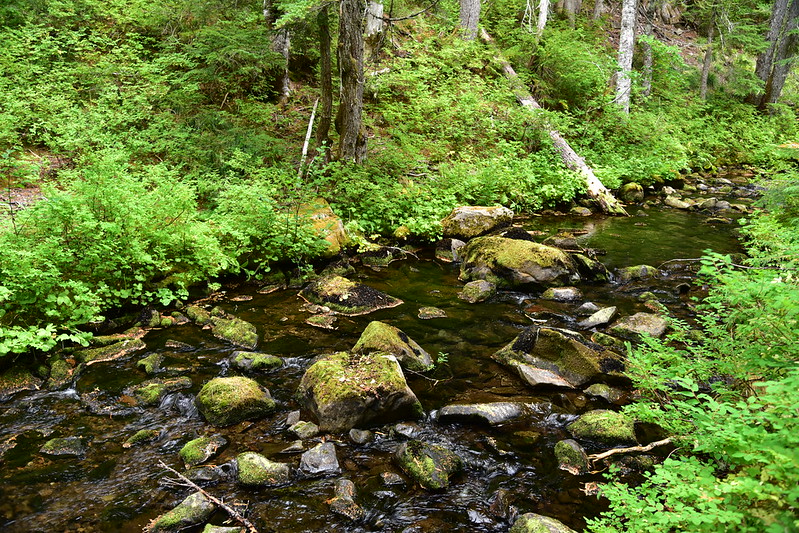 This is one of two backcountry toilets at Deer Lake: 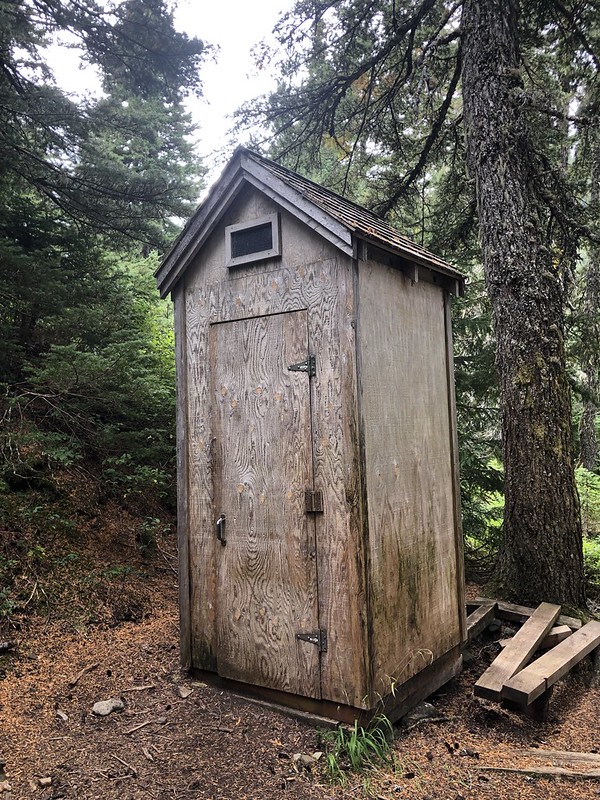 Whoever has the job of removing these probably isn’t paid enough: 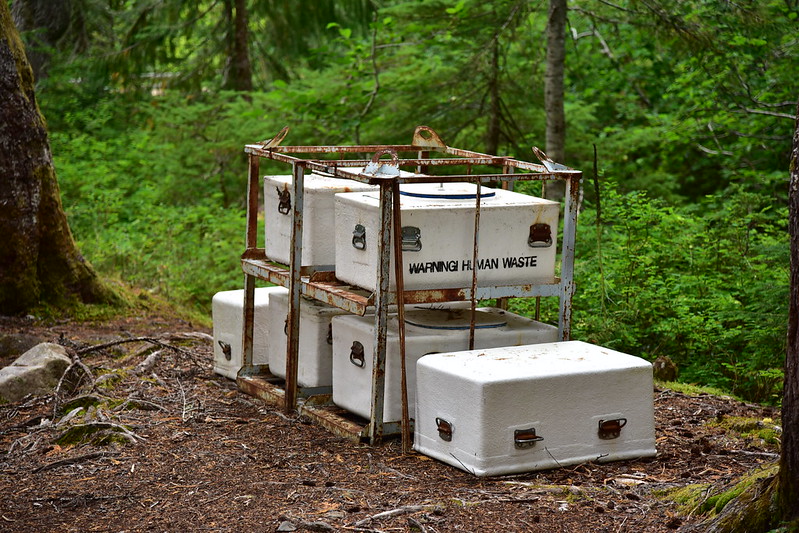 We found a spot to sit and snack and look at the lake: 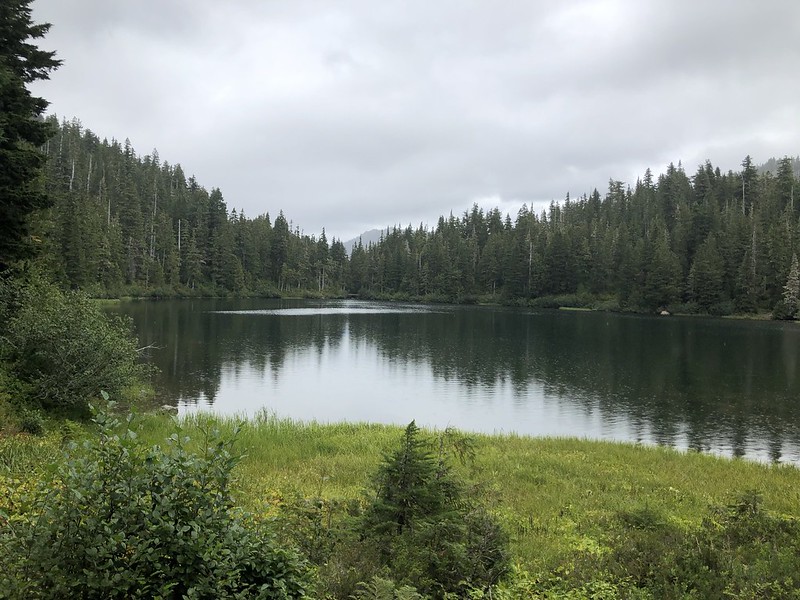 Then we retraced our steps back through the obstacle course to the car. The stretch between the waterfall and the trailhead was even more busy than it had been earlier and it was a mass of people.