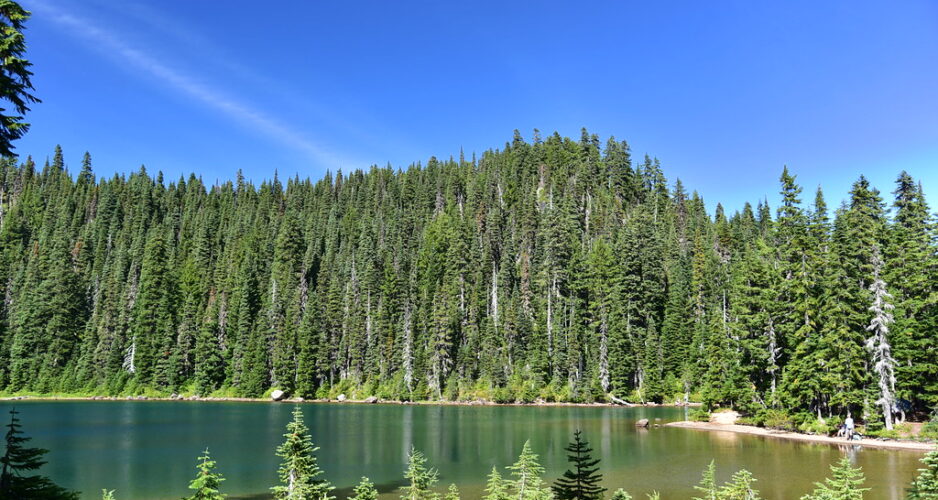 This weekend we did the shortest backpack of the season so far and headed to Lake Wapiki in the Indian Heaven Wilderness.

We had originally planned to do a one-night backpack in the Olallie Lake area, but the forecast called for hazy conditions due to wildfire smoke, so we decided to head to the Indian Heaven Wilderness instead. Later I would regret this decision; the entire Olallie Lake burned when the Lionshead Fire blew up and spread after the Labor Day windstorms.

There were already 21 cars at the trailhead when we arrived at 11am. We set off down the Lemei Trail: 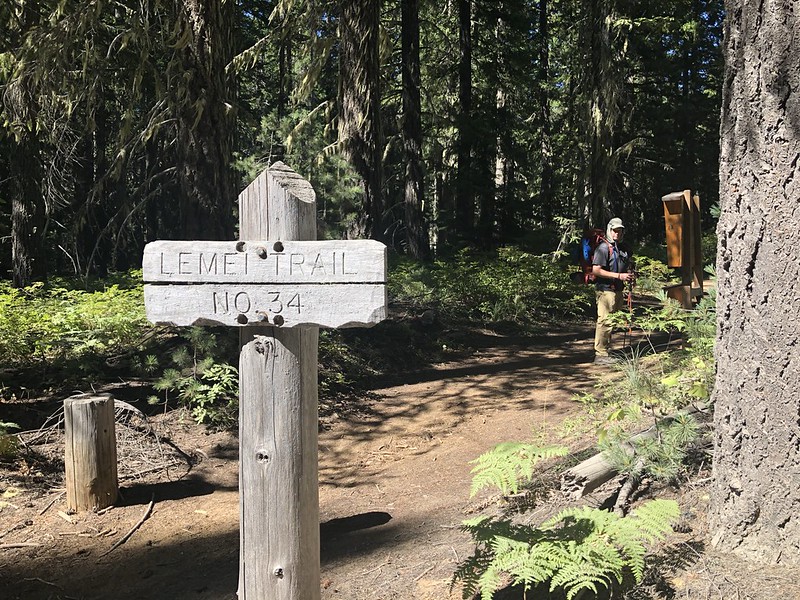 After one mile we crossed the wilderness boundary: 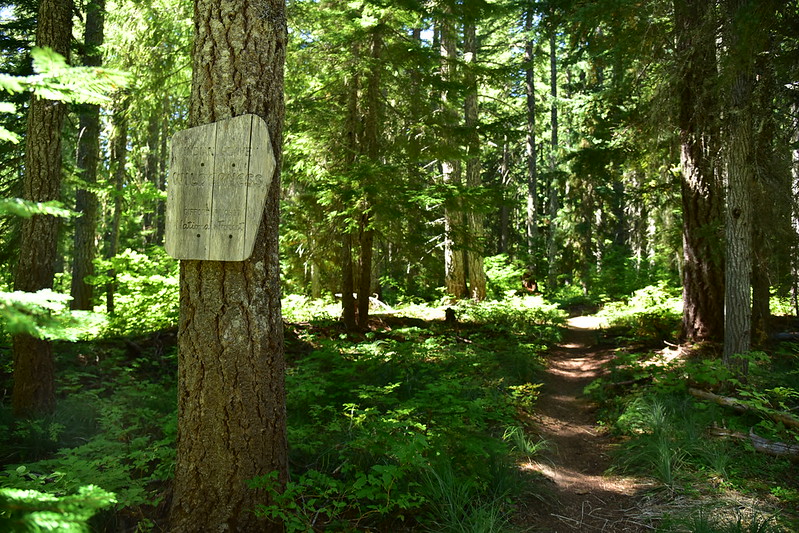 The trail is entirely in the trees and there isn’t much to see, so we just kept hiking: 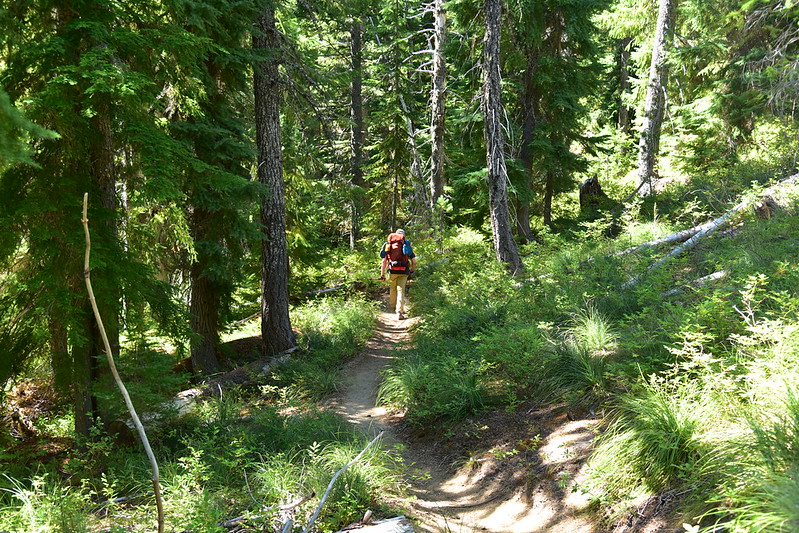 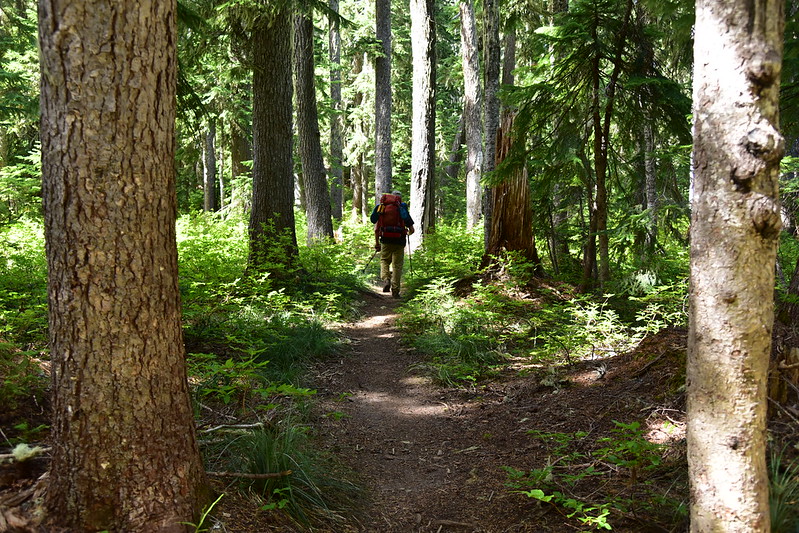 After 3.5 miles we reached Lake Wapiki: 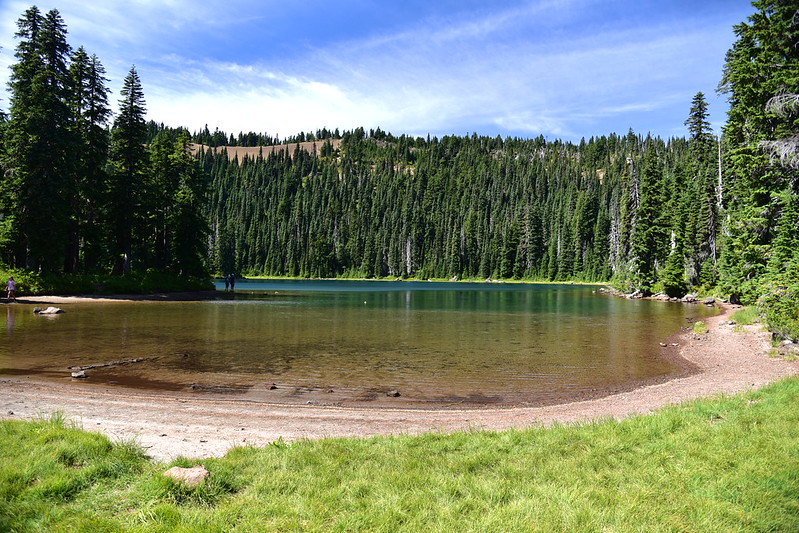 It wasn’t even 1pm and the lake was already packed with people. We managed to find a mediocre campsite. We set up the tent and then went to hang out down by the lake. Mosquito season was long gone, fortunately: 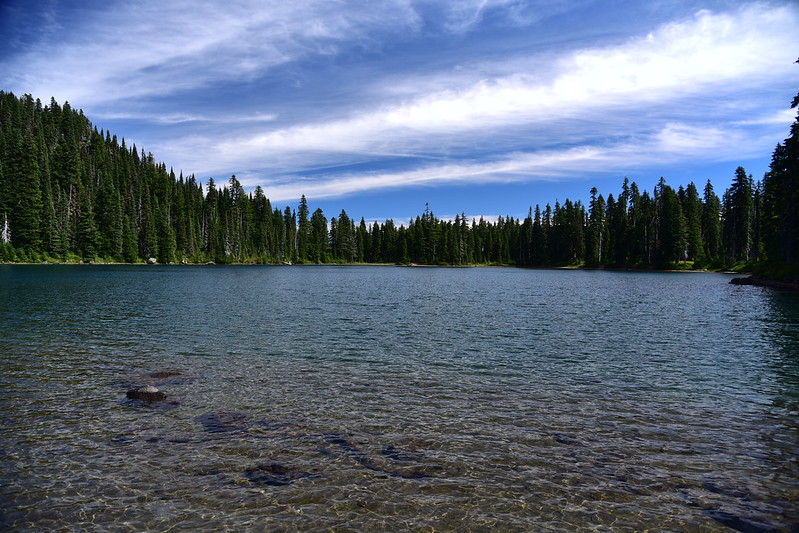 Greg wanted to stay by the lake, but I decided to wander around and explore. I passed this campsite where a large group had set up camp. It looked like they had gone on a day hike without properly putting out their campfire. It was a very windy afternoon and there were fingers of flame being blown up from beneath this stump in the fire pit: 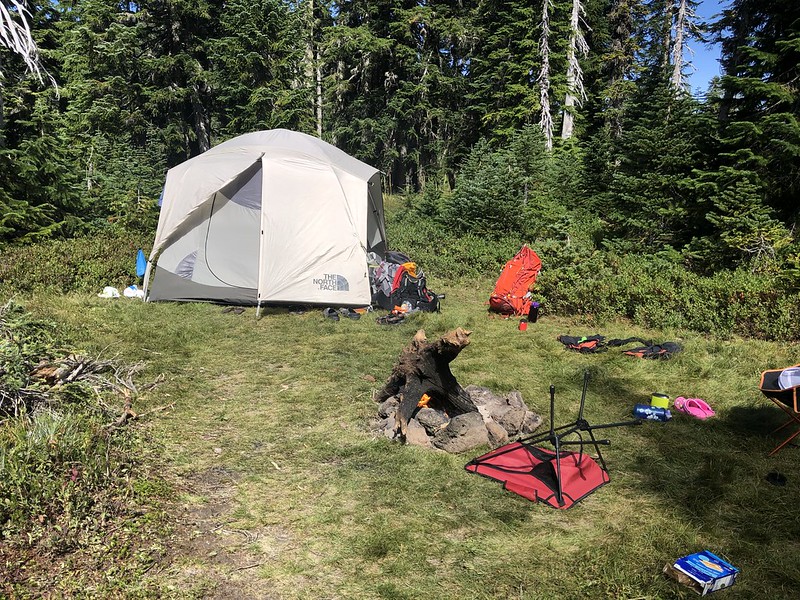 Also, their campsite was a mess, with gear scattered everywhere. They had not properly stored their food, as you can see from the graham cracker box in the background: 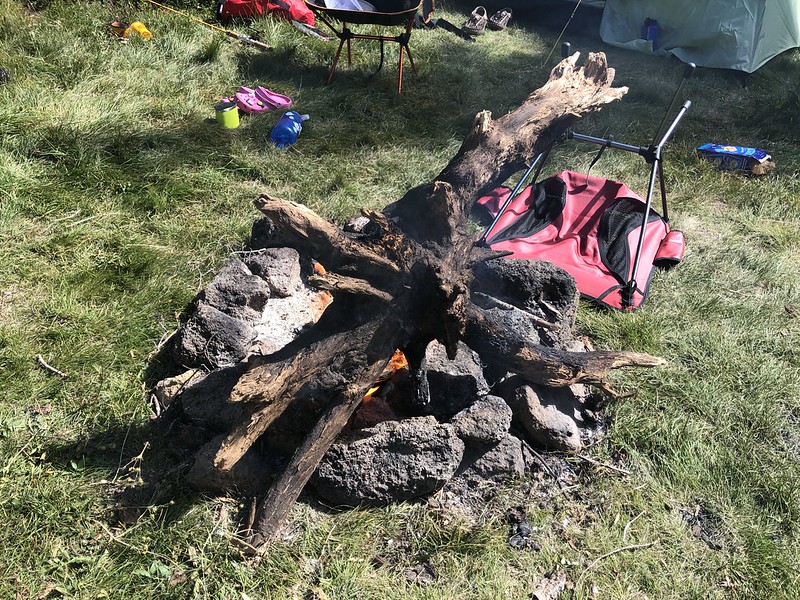 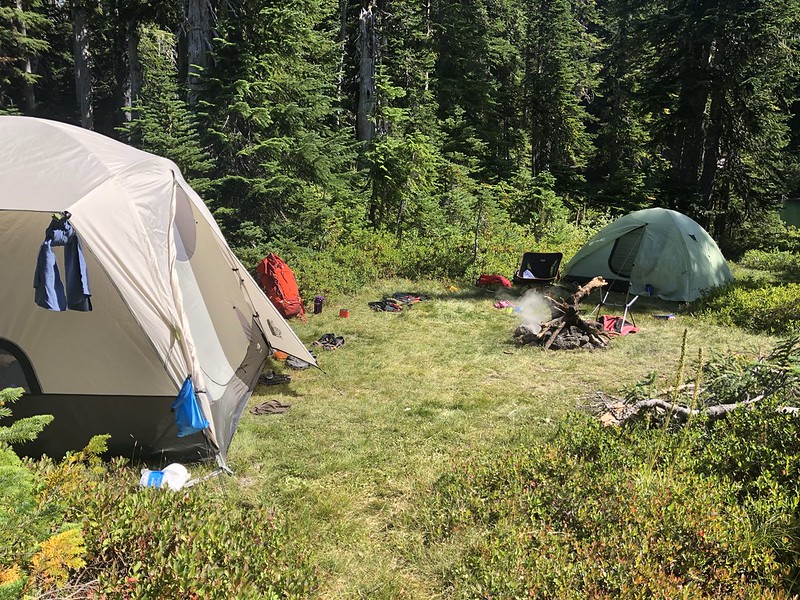 Fortunately I had my lightweight portable bucket with me and I was able to dump a bunch of water on their campfire. People, come on! Never leave your campsite until your campfire is cold to the touch. That means you need to drown it with lots of water. This kind of irresponsible behavior is what starts wildfires. 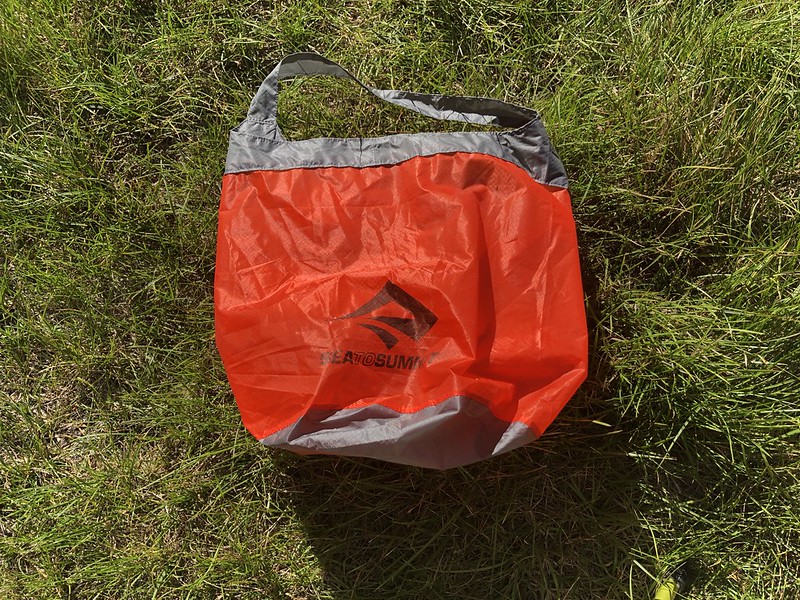 I continued exploring around the lake: 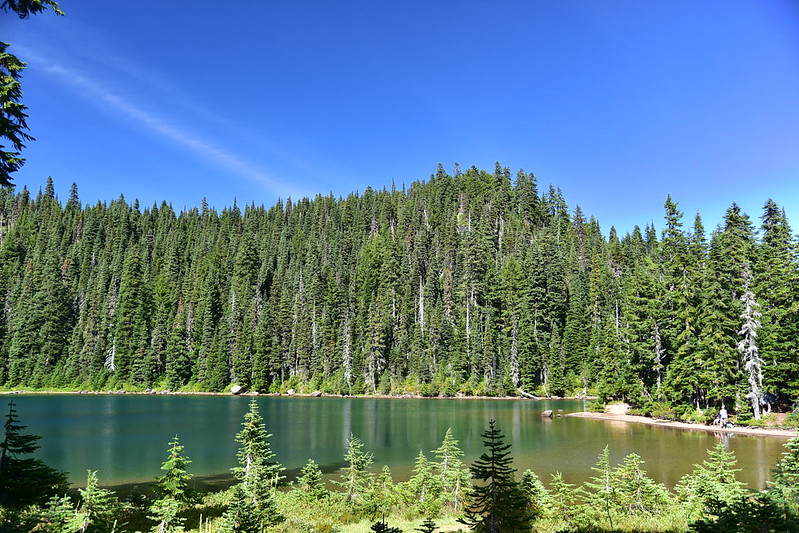 There are several little ponds nearby: 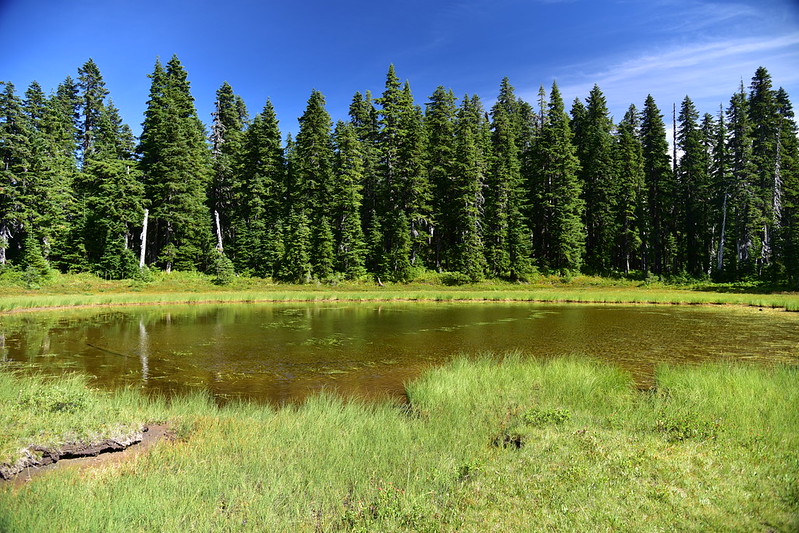 I could see up to an open area above the lake where there is a viewpoint. We would visit that spot tomorrow on our way out: 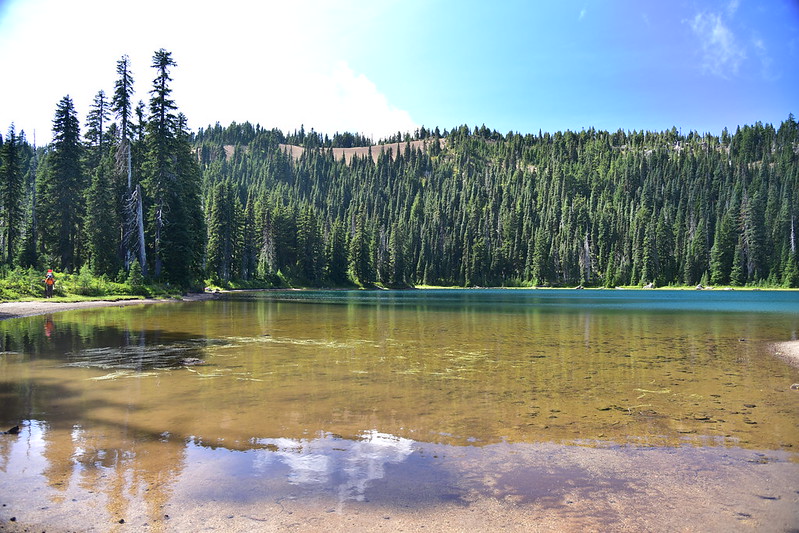 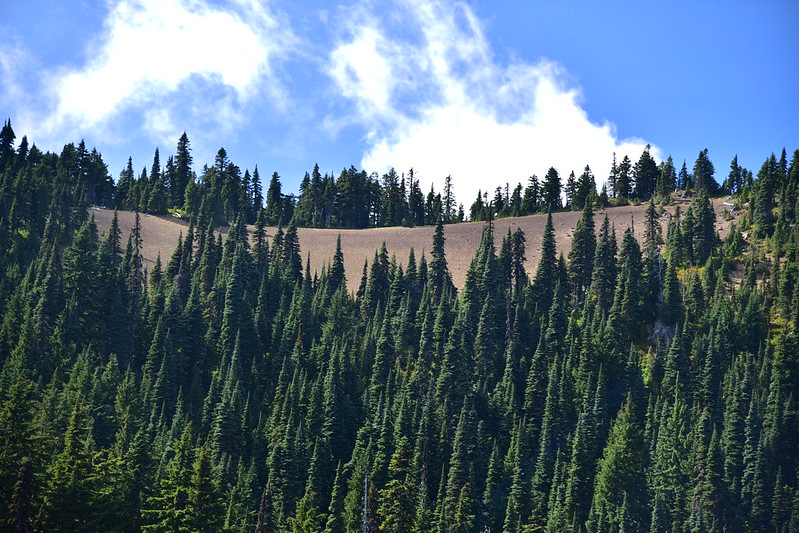 We made dinner and ate it in our tent in our sleeping bags because it was so chilly. It was a very cold night and still quite chilly when we awoke in the morning: 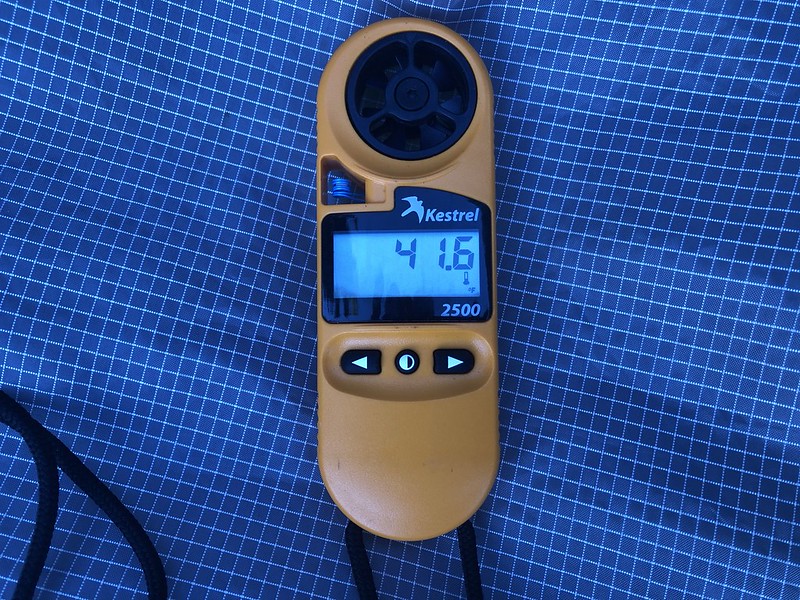 We took our breakfast down to the lake and enjoyed the warmth of the sunshine: 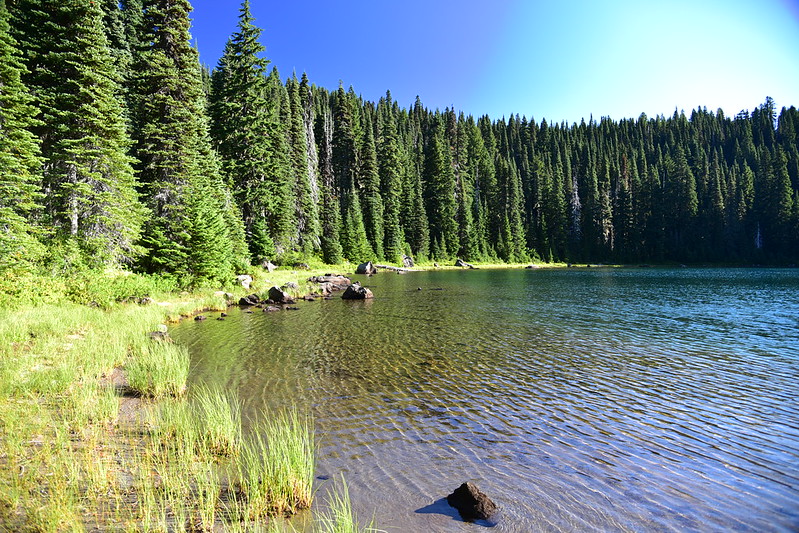 We packed up and headed out. We passed the campsite of the irresponsible backpackers, who had just left. They had removed yesterday’s stump and then tried to burn these long pieces of wood that were STICKING OUT OF THE FIRE RING. Jeez, these people seem determined to start a wildfire: 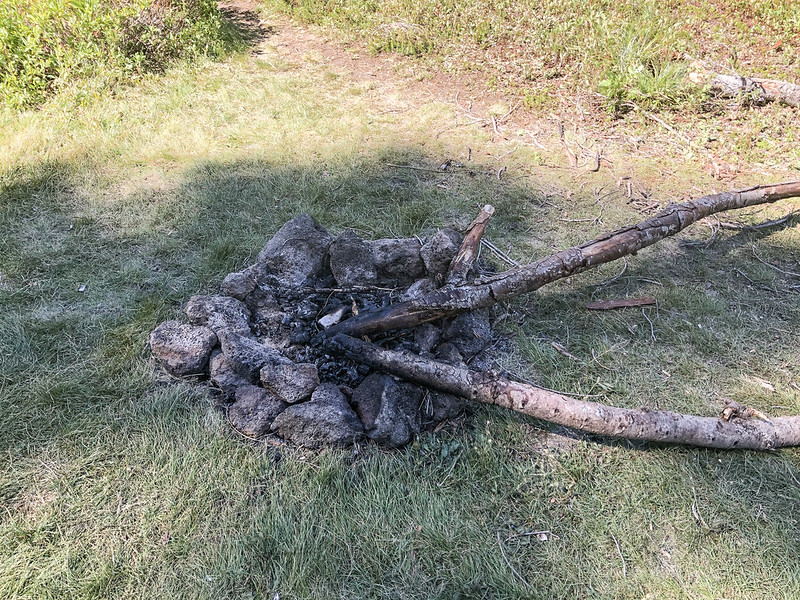 A last parting look at the lake: 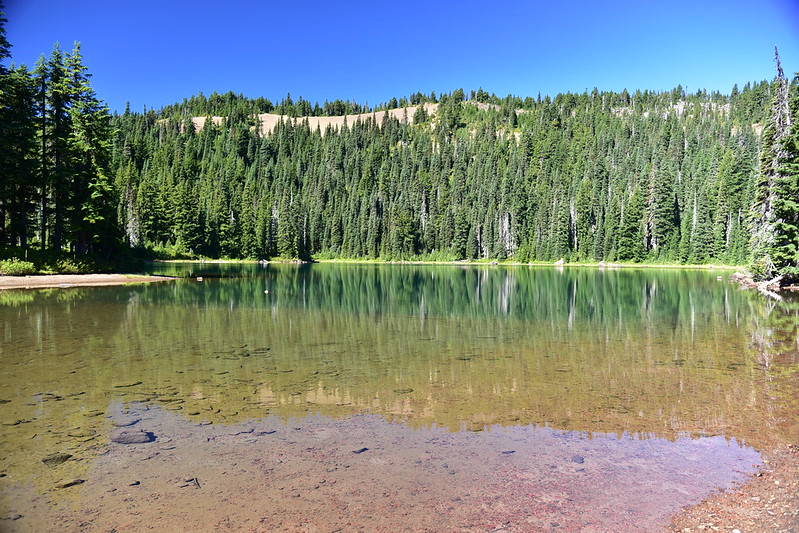 We climbed up the Lemei Trail to the viewpoint above the lake. On the way we got a view of the Goat Rocks: 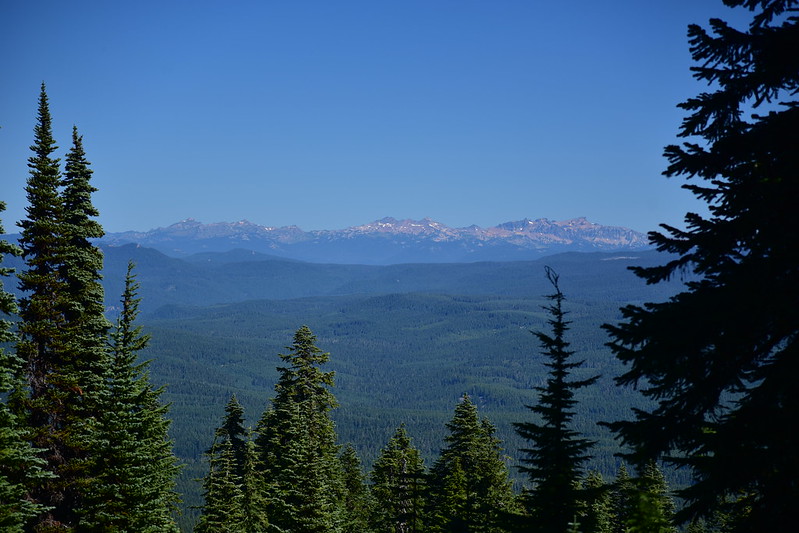 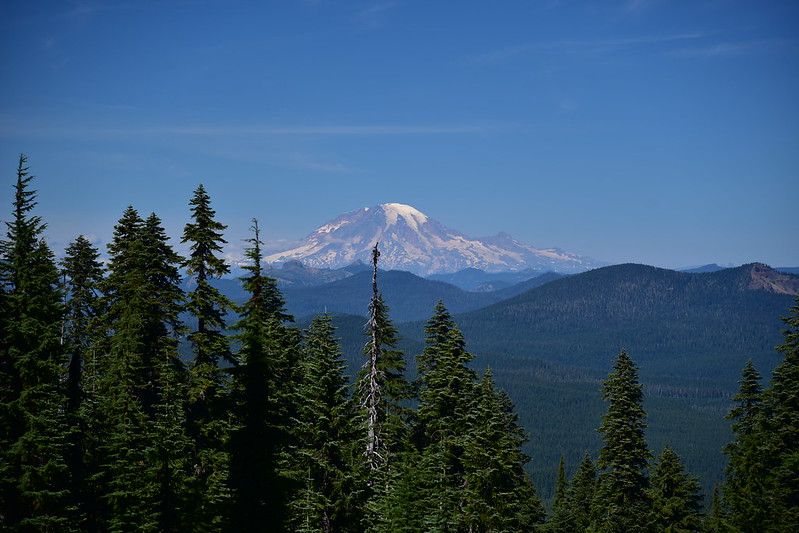 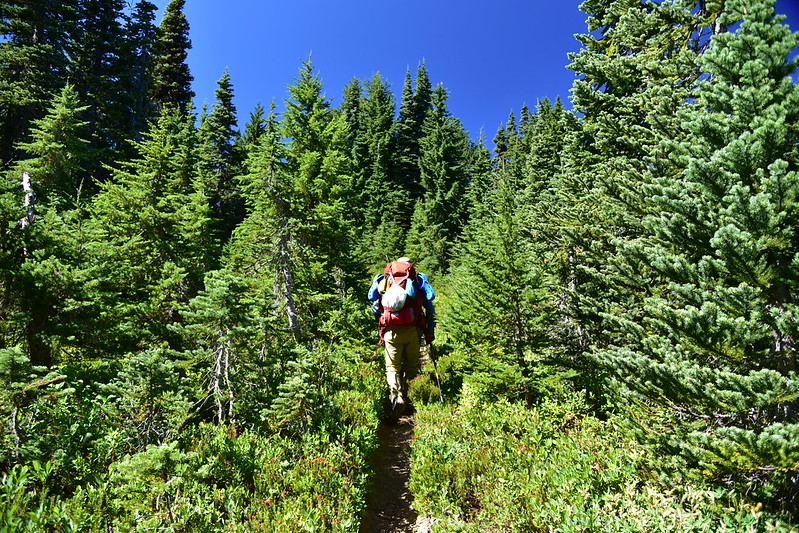 At the viewpoint we took off our packs and stopped for awhile to enjoy the view. The last time we were here in 2017 the air was hazy with smoke from the newly-started Eagle Creek Fire, AND we had a new wildfire start about a mile away that caused us to have to evacuate. That was not fun. This time was much less stressful. We could see Lake Wapiki below: 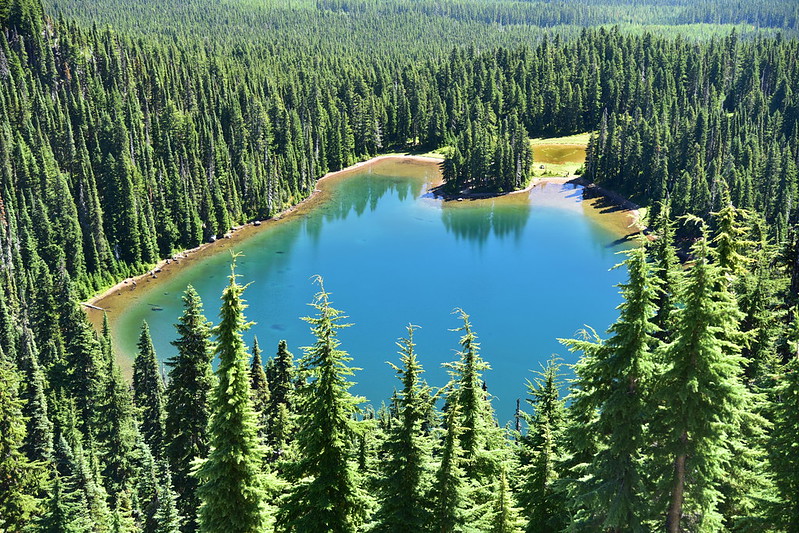 Mt. Adams to the east: 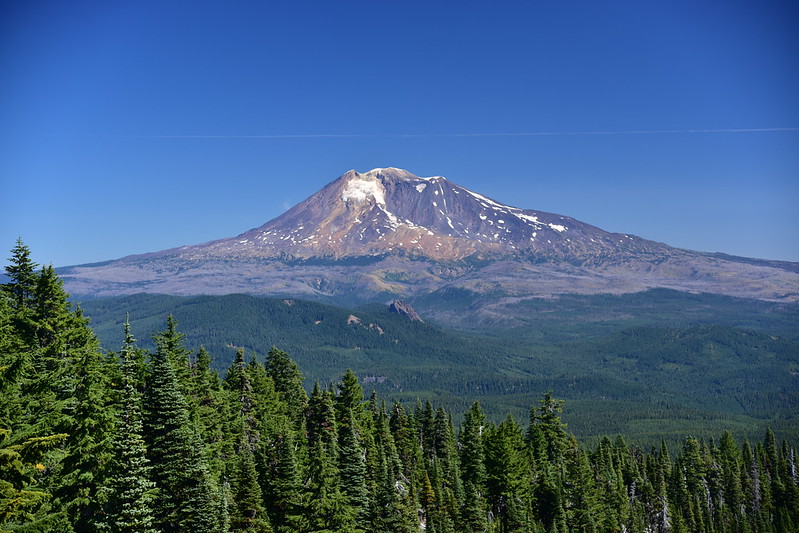 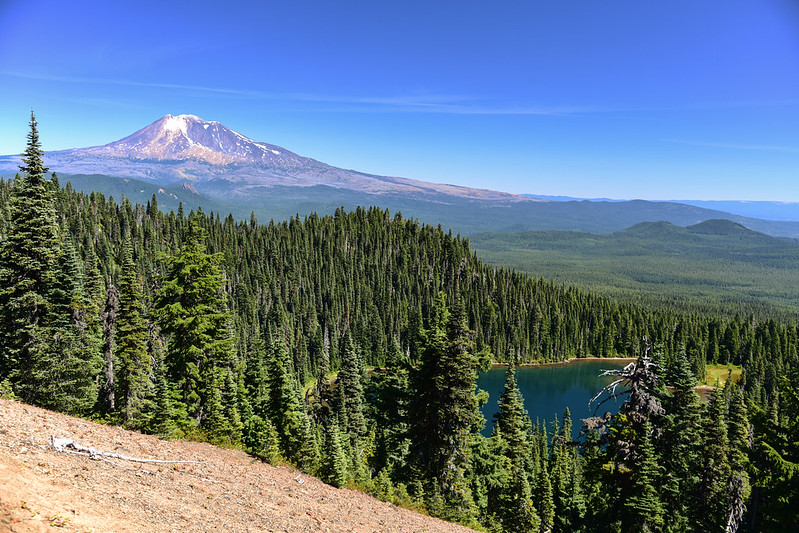 Mt. Hood to the south: 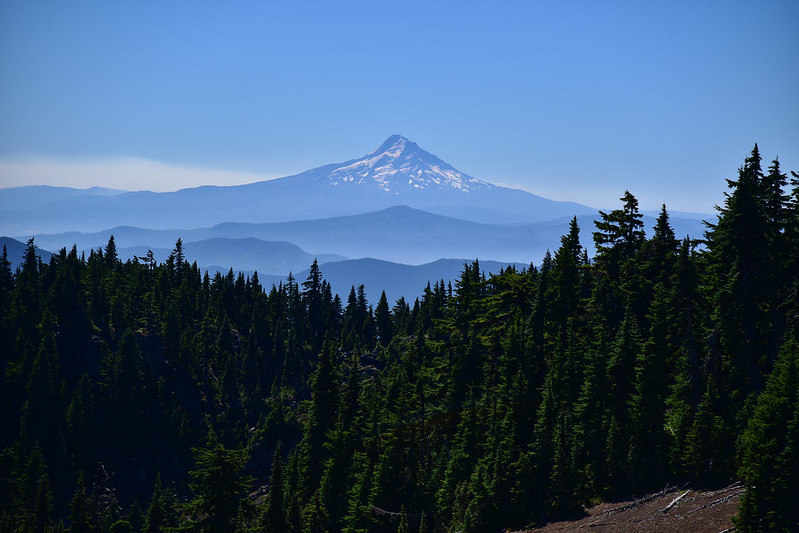 As we were getting ready to leave some other hikers told us they had seen mountain goats on Lemei Rock. It was out of our way, but only by about ten minutes, so we headed over there: 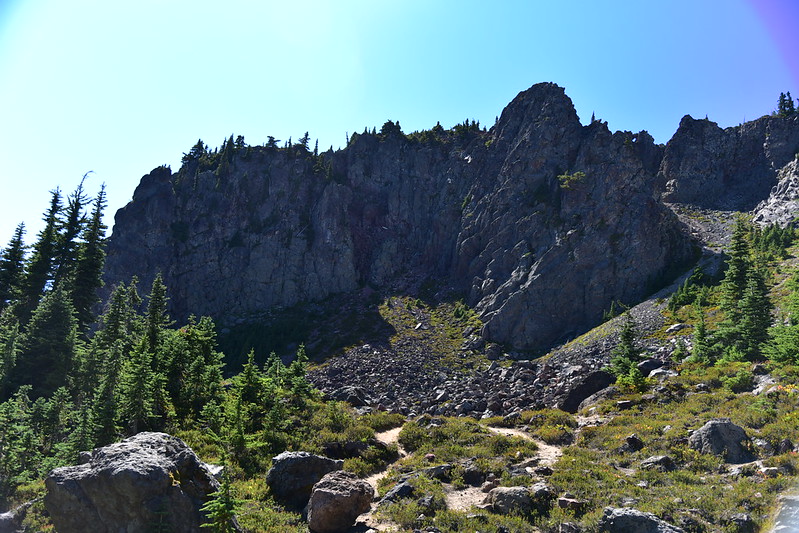 Sure enough, high up on the rock was an adult goat and a youngster. I’m not sure we would have spotted them if we hadn’t been looking for them. This is the first time I’ve seen mountain goats in the wild in the Pacific Northwest. I’ve only ever seen them in the Rockies. I don’t carry my binoculars when backpacking, but I did have my point-and-shoot with a long zoom so I got some photos of them: 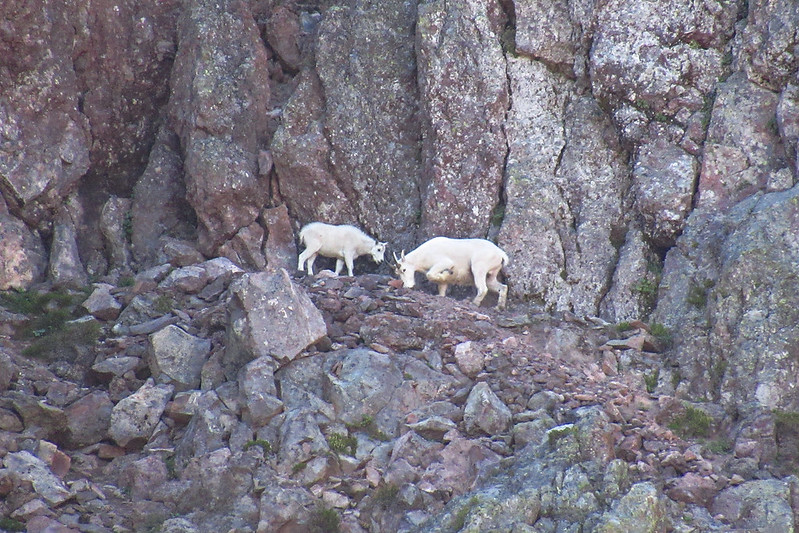 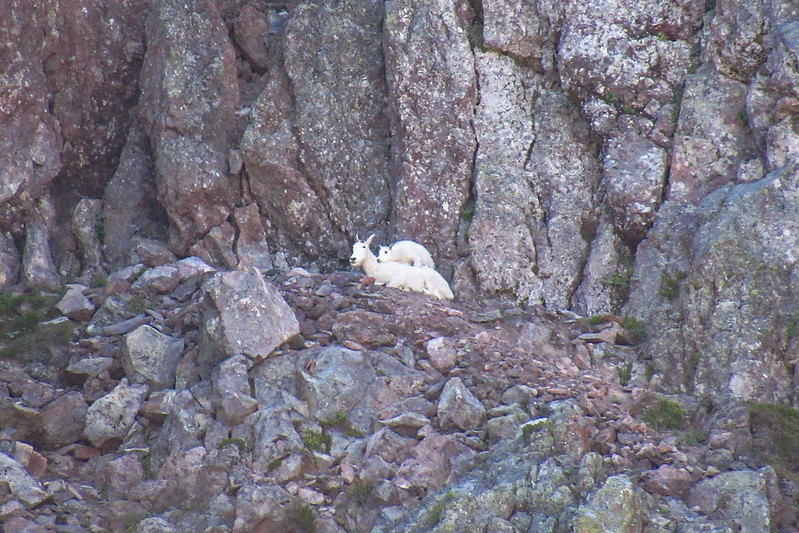 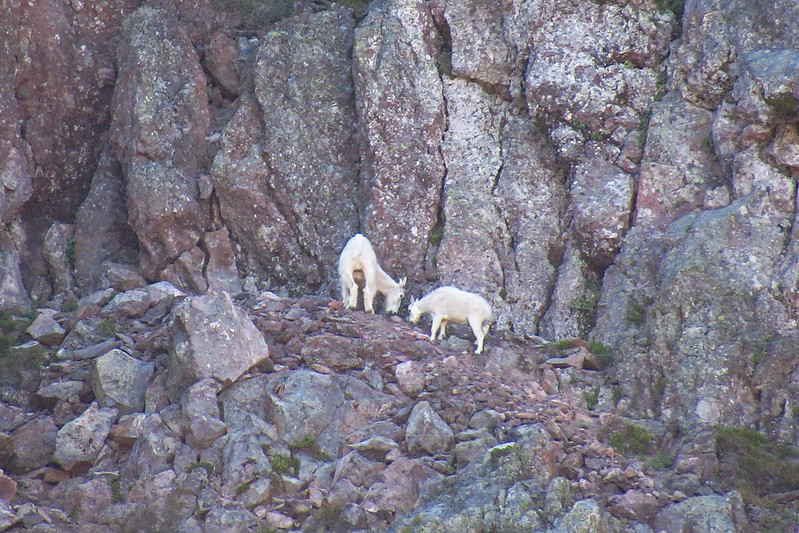 On that high note, we turned and headed back to the car.