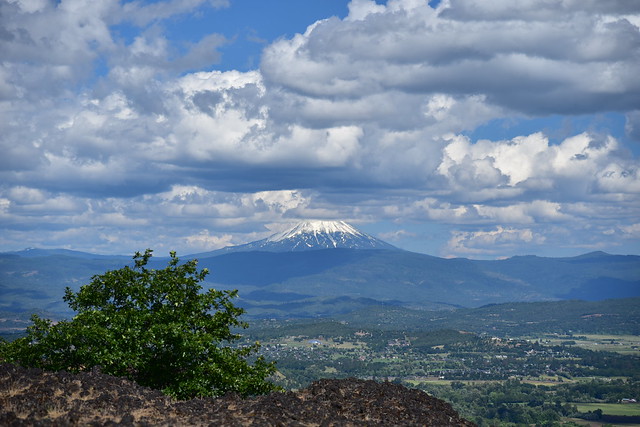 Greg and I spent Memorial Day weekend exploring southern Oregon. On Friday we drove to Central Point, and had lunch at the Rogue Creamery, where they sell two different kinds of grilled cheese sandwich. 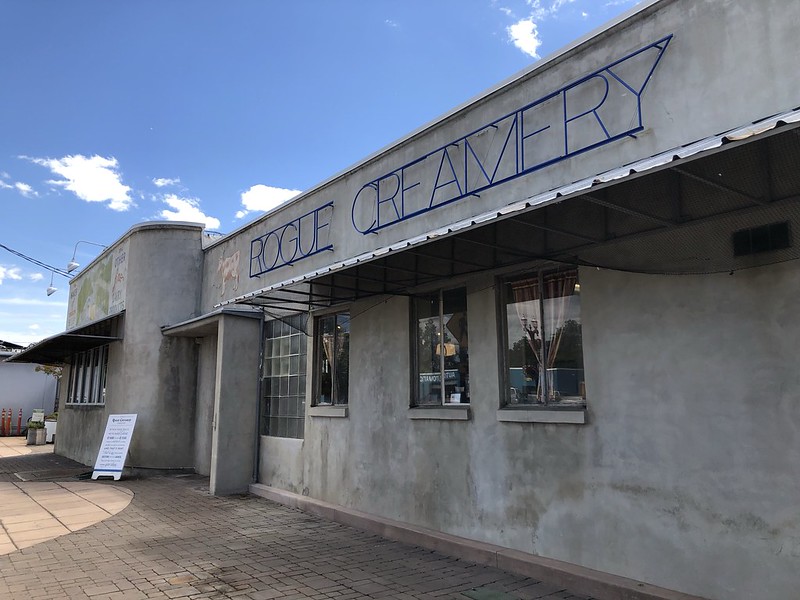 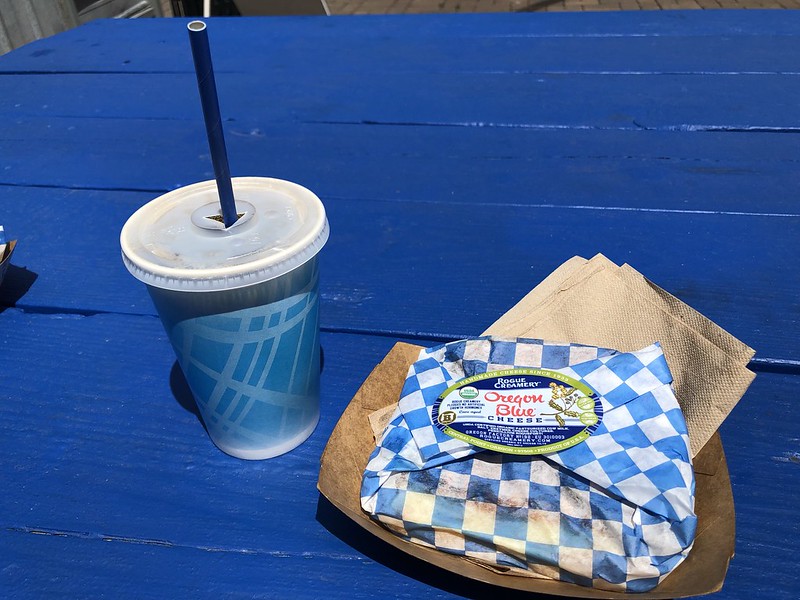 Then we headed to Upper Table Rock outside Medford: 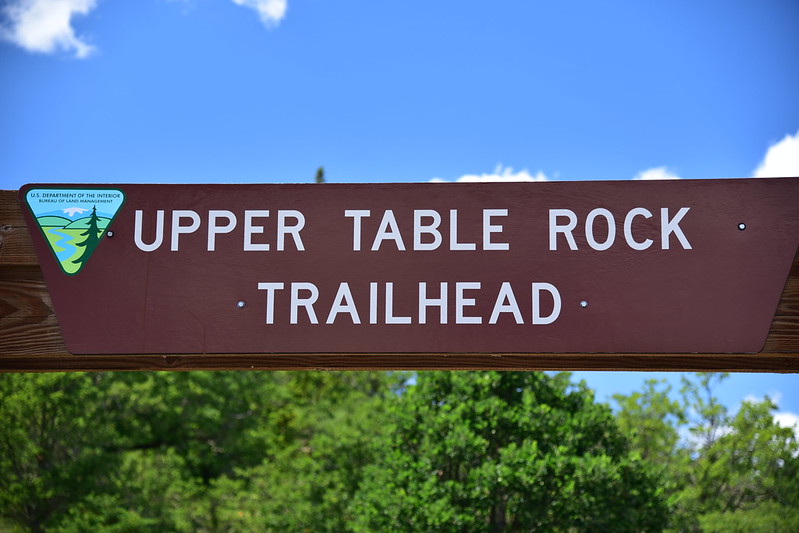 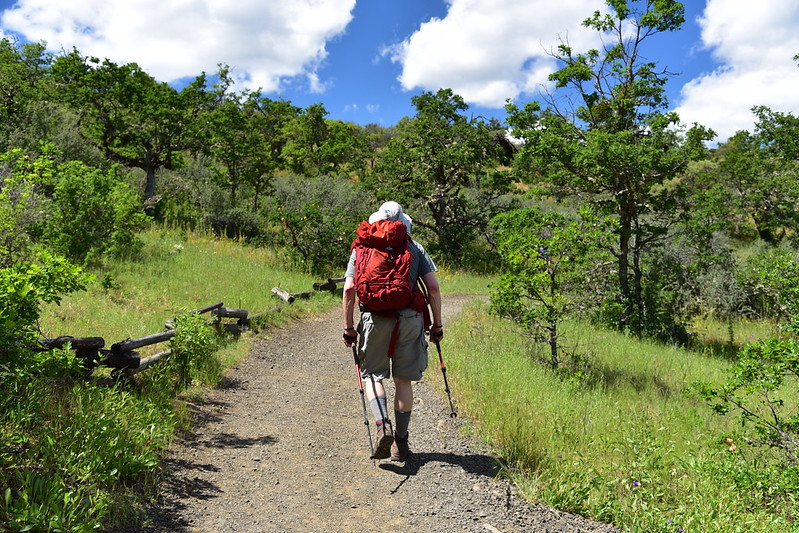 We saw a number of wildflowers along the trail: 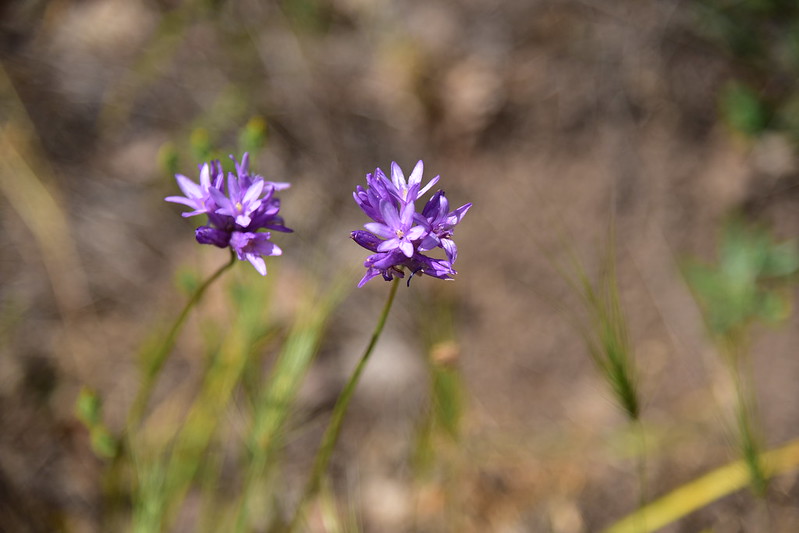 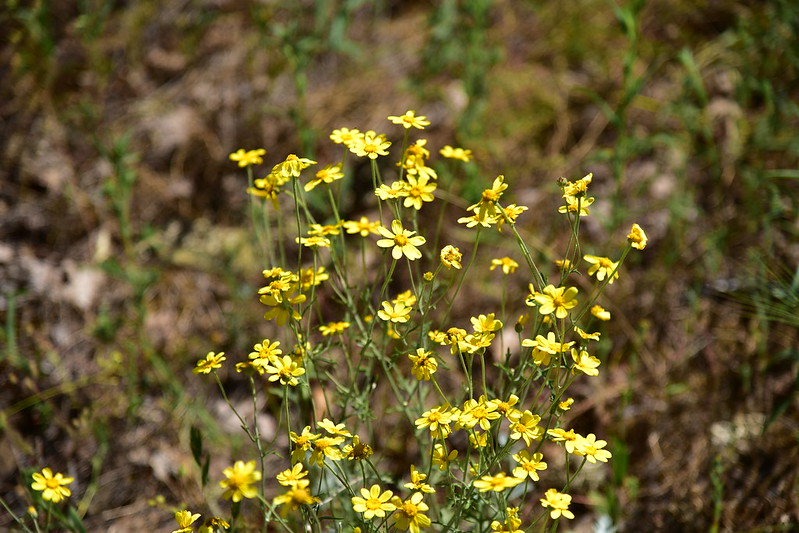 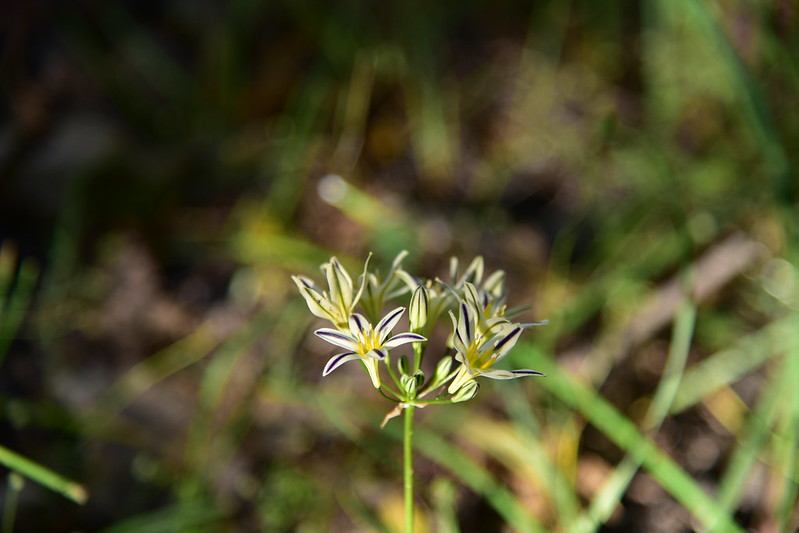 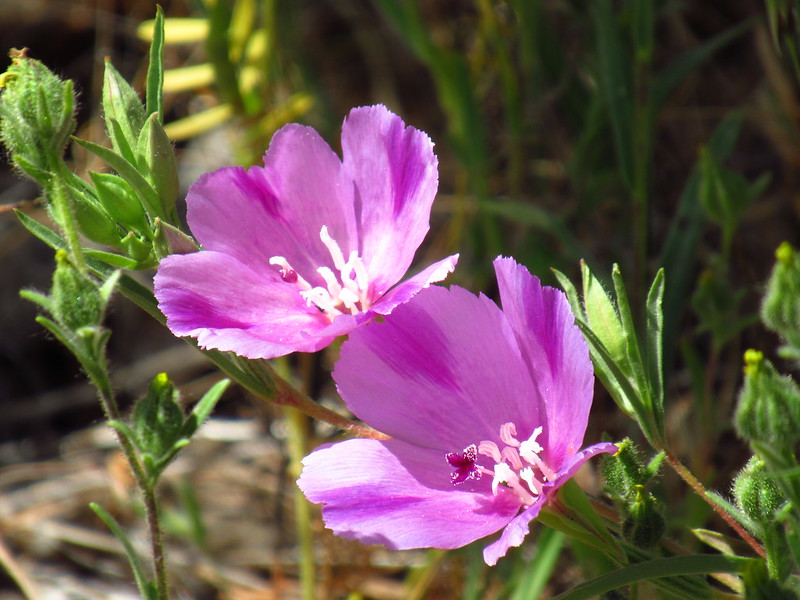 We also saw A LOT of poison oak: 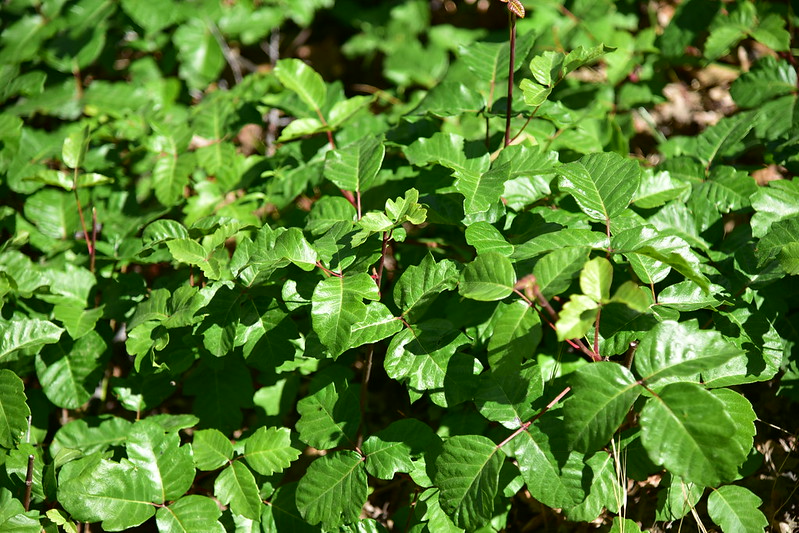 There were some cool-looking madrone trees: 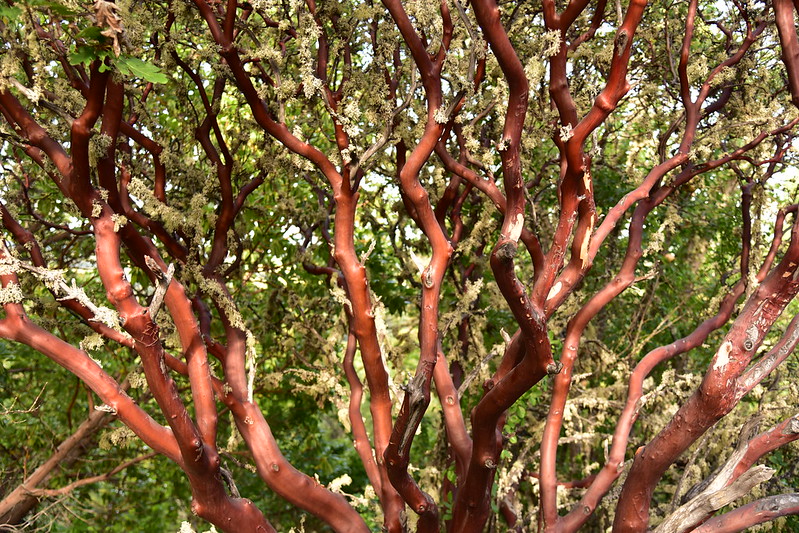 The first viewpoint along the trail is getting pretty overgrown: 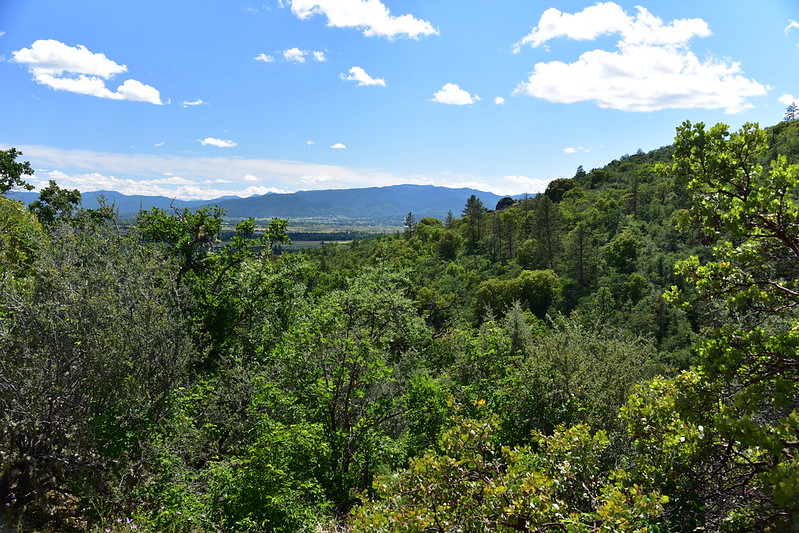 But the next spot is much better: 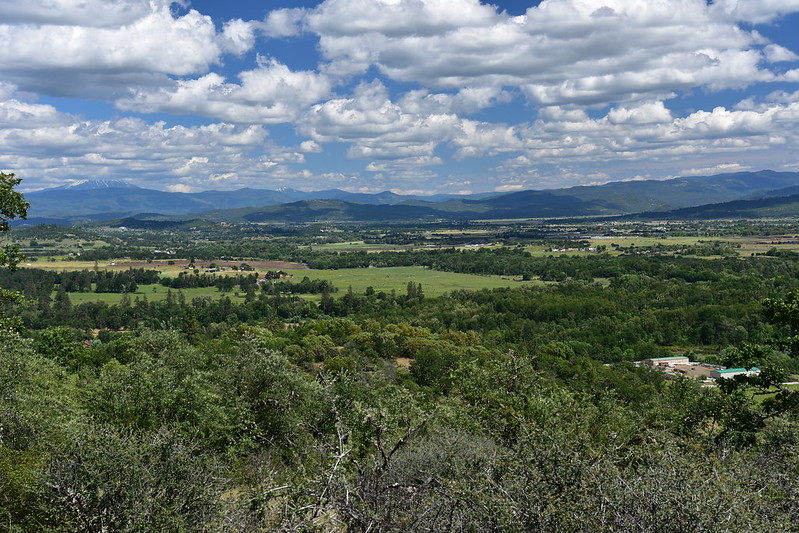 We continued up through the forest: 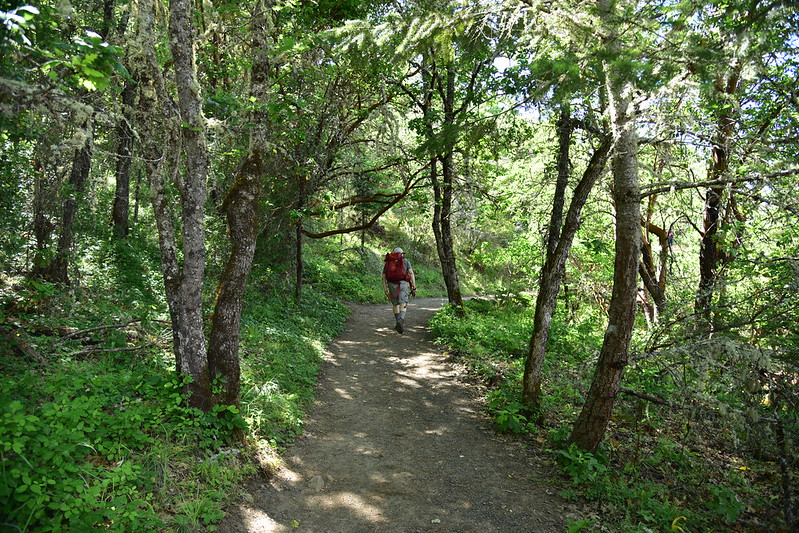 Until we reached the flat top of Upper Table Rock: 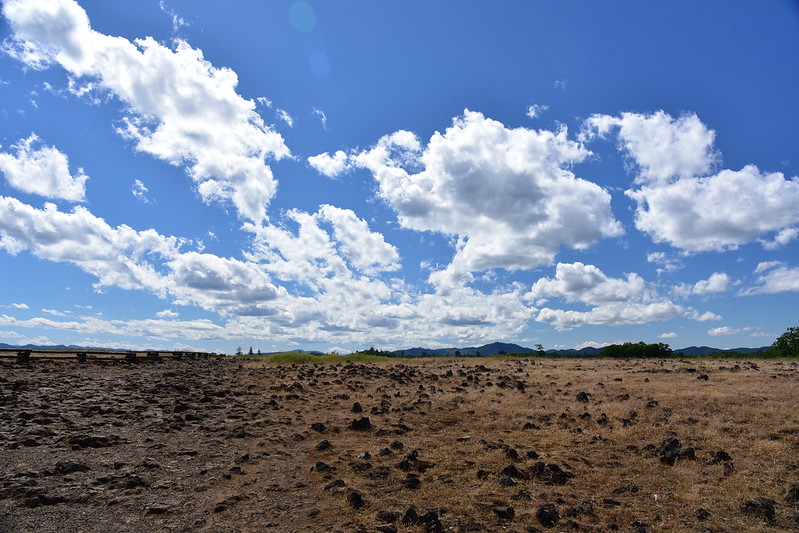 We headed to the left: 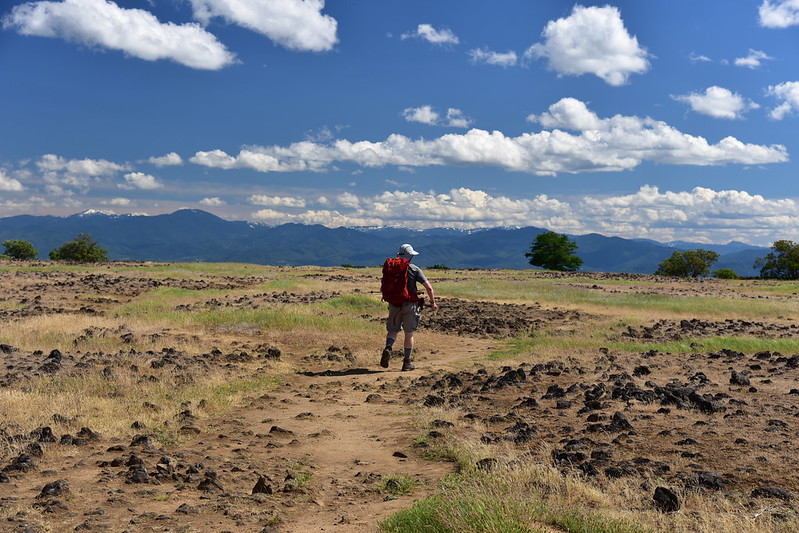 And from the rim we had a nice view of the Rogue Valley below us, and Mt. McLoughlin beyond: 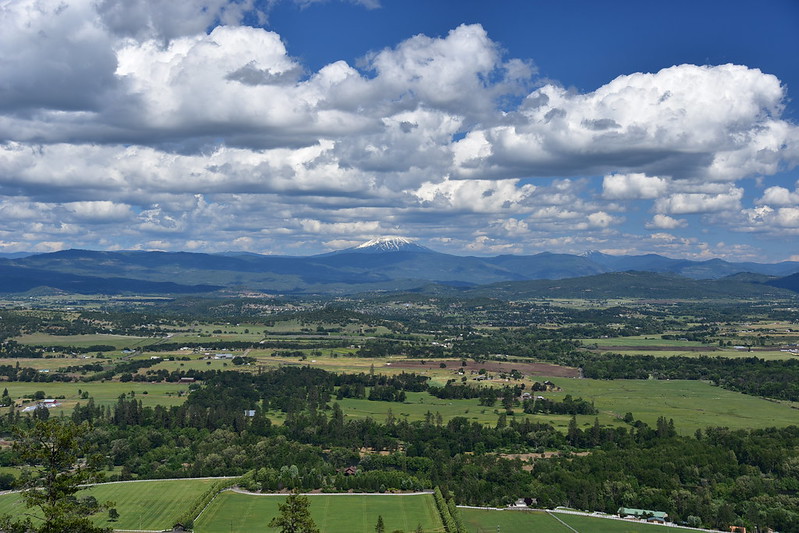 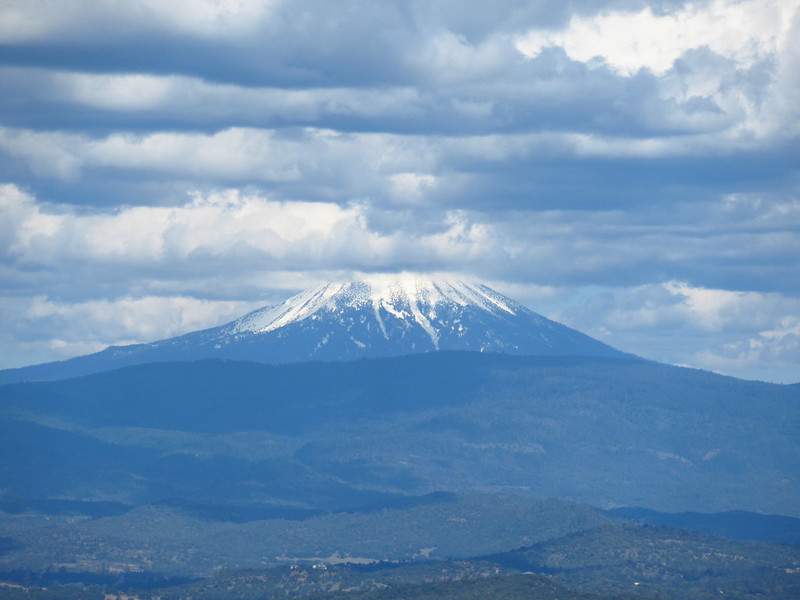 We could see Mt. Ashland (the one with snow on it) and Wagner Butte (the next peak to the right), both of which we have hiked to the top of: 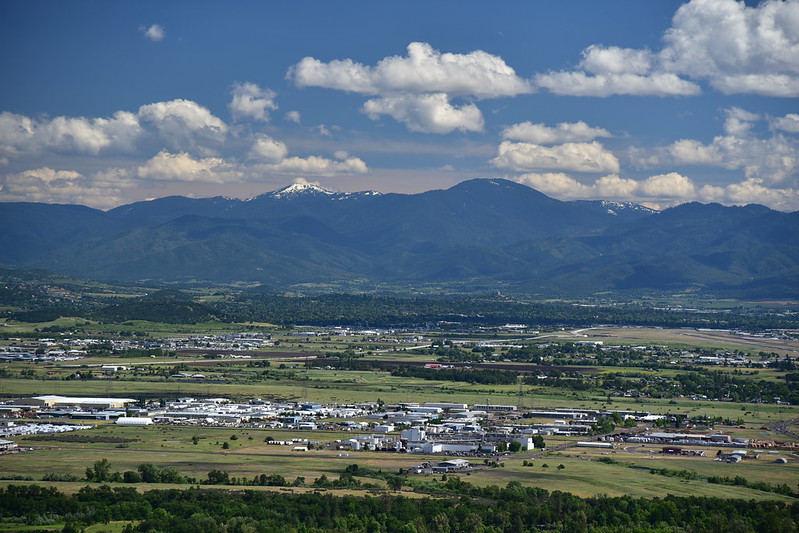 We walked over to the part of the rim that looks down into the bowl formed by the U-shape of Upper Table Rock: 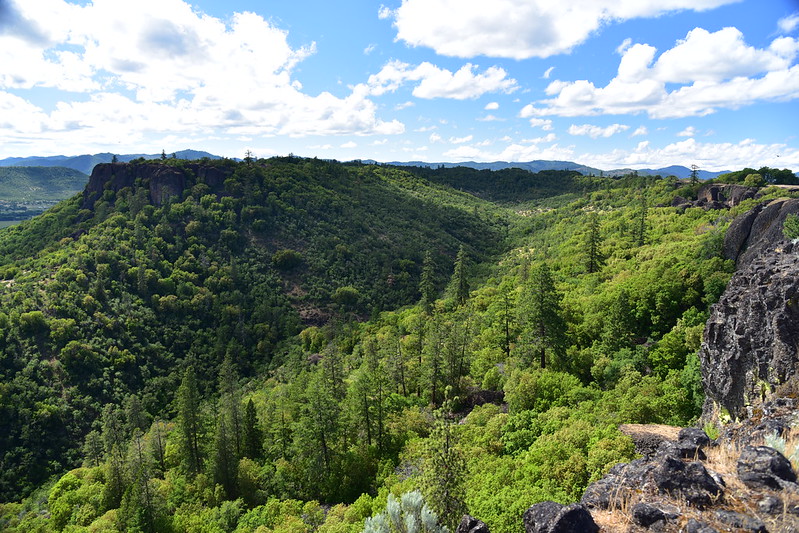 We could see Lower Table Rock nearby: 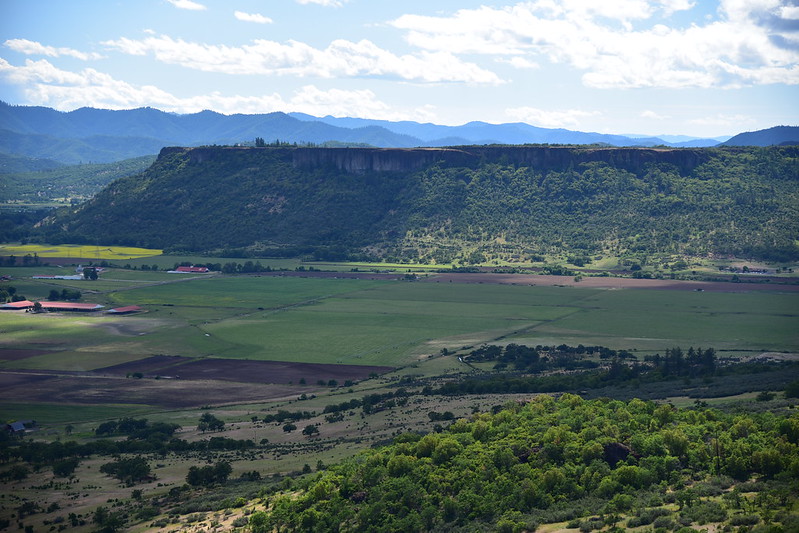 This ended up being a cool place to hang out for awhile because a group of about a dozen turkey vultures was soaring over the trees below us. It was really fun watching them from above, something we don’t normally get to do! 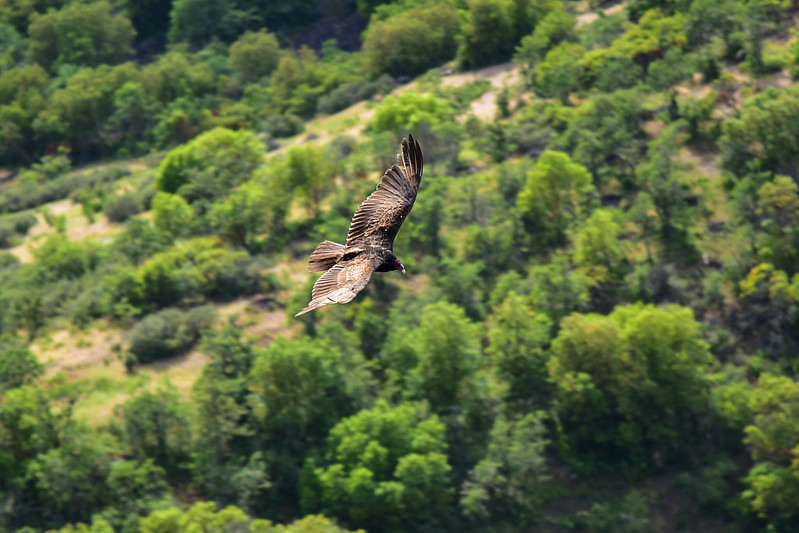 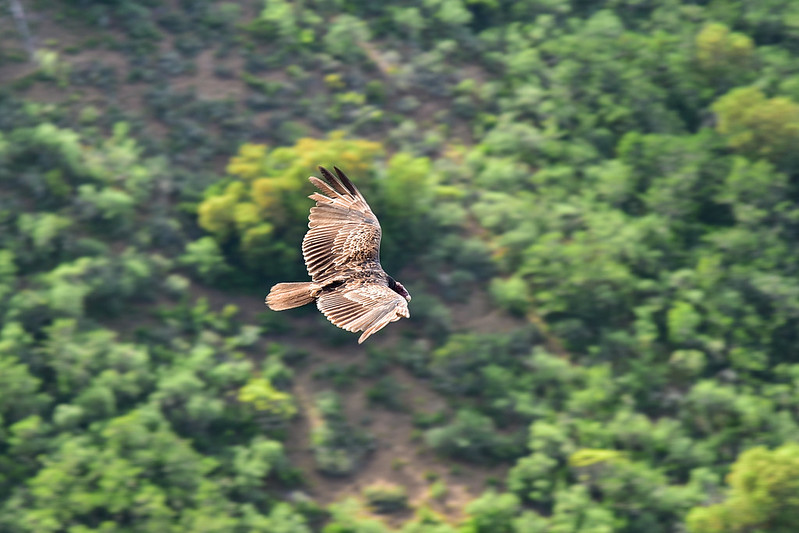 We followed the trail north for a little ways, spotting these lovely purple wildflowers that are Doublehorn Calicoflower: 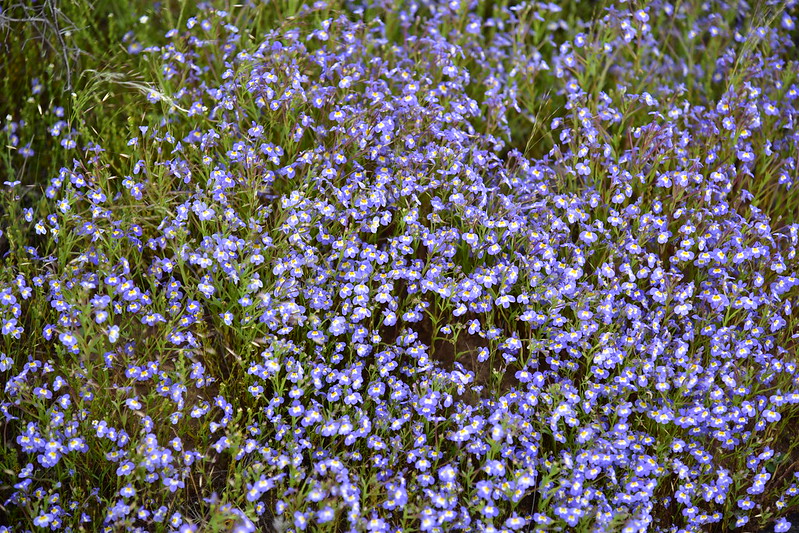 Then we hiked back down to the car. This was a very pleasant afternoon hike. The wildflowers were lovely and watching the turkey vultures was really awesome.