On our way home from Bend on Monday the weather was so gorgeous that we could not pass up an opportunity to be outside enjoying the clear skies. We decided to do a short loop at Maxwell Sno-Park along Highway 22.

A handy map is available on the Forest Service website, complete with numbered waypoints. We headed north past #8 and #9 then angled NE past #12 to the Mountain View Shelter. There was so little snow that we carried our snowshoes instead of wearing them. 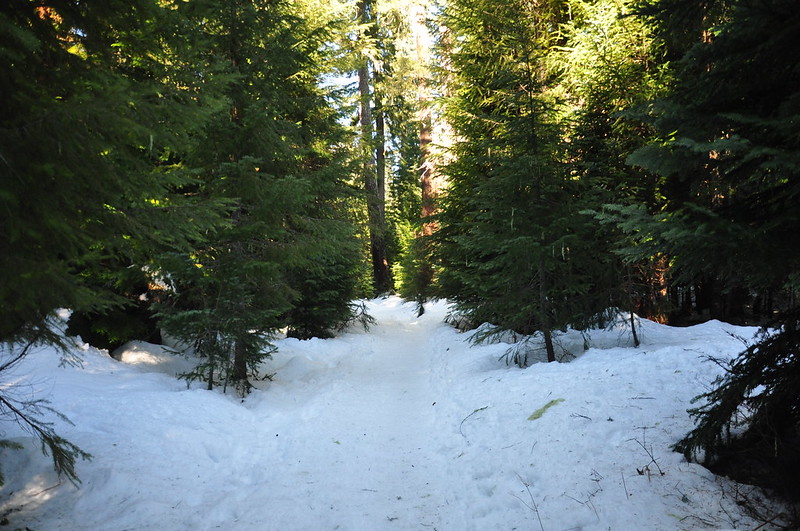 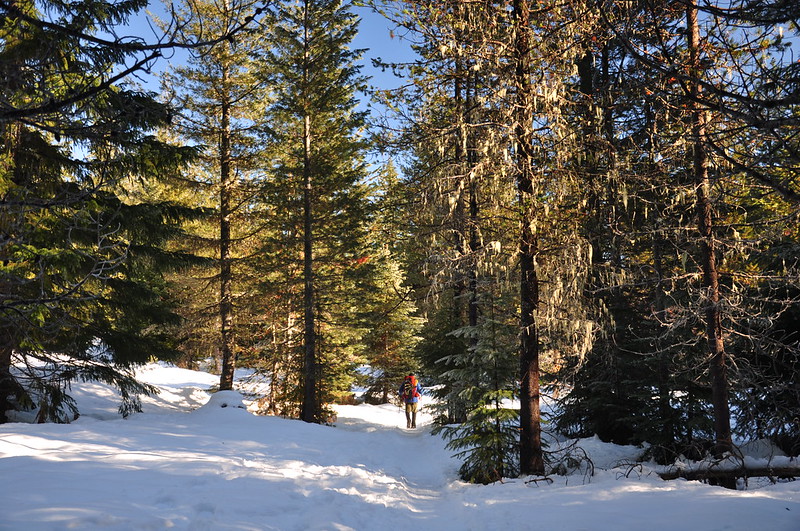 Even though it was now 12:30 we came across a shady patch of forest where the branches and needles still had frost from the night before. BEAUTIFUL! 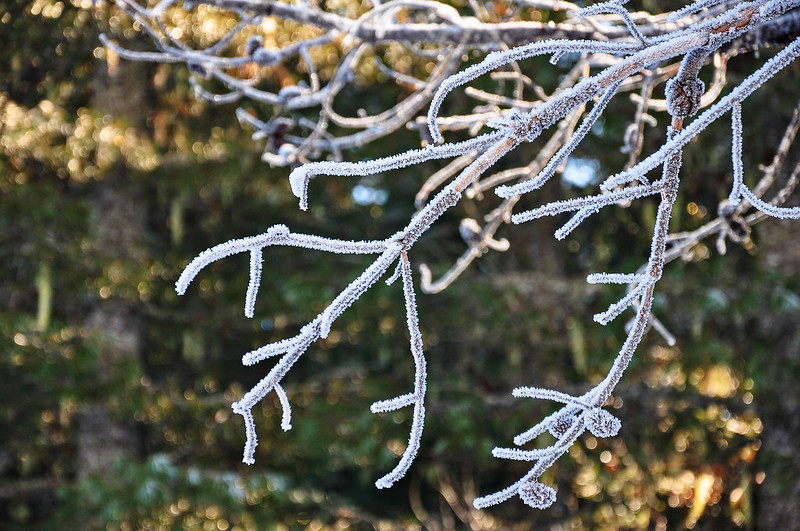 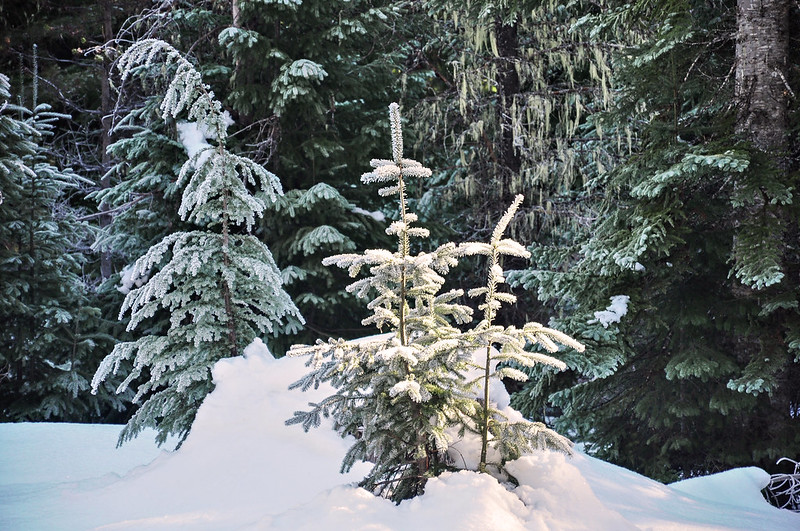 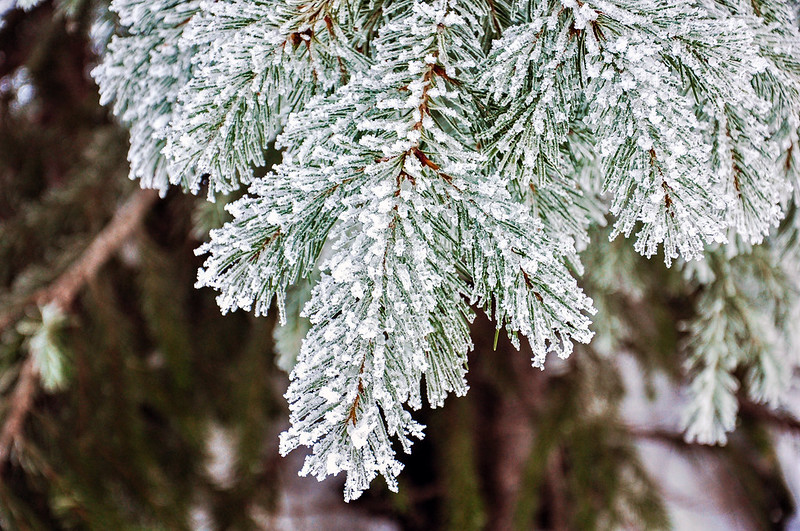 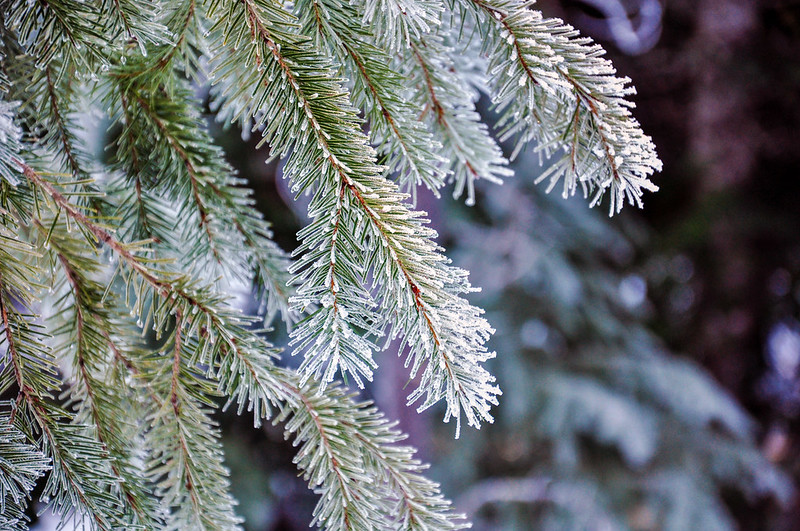 We continued on, hiking through the snow. There were large stretches of bare ground. 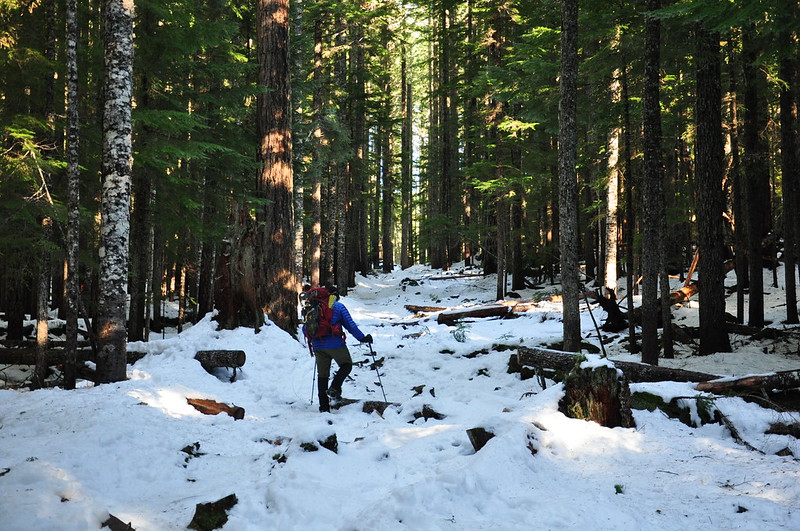 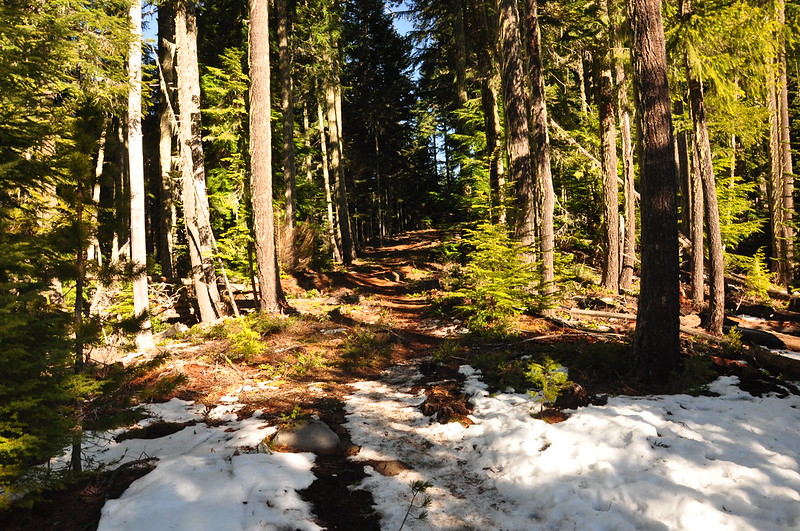 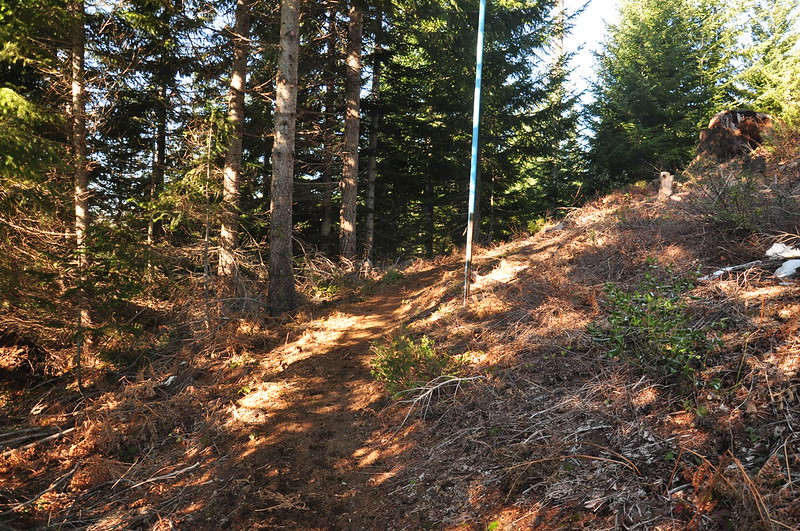 After about 2.1 miles we reached the Mountain View Shelter, a first-come, first-serve place where people can stay overnight. 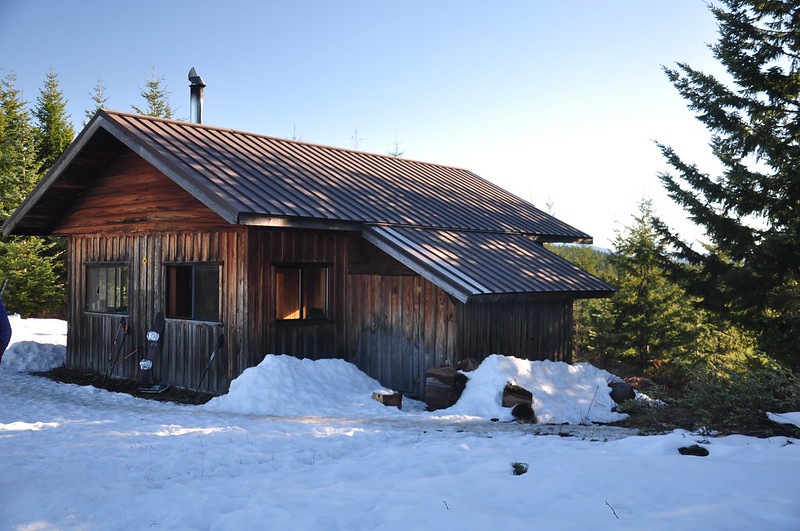 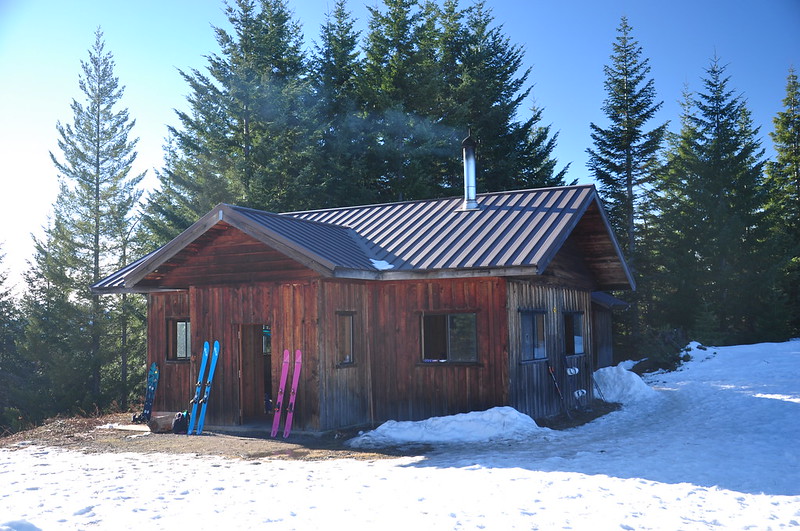 The name is quite misleading though. At best it could be called “mountain peekaboo” shelter. If you move around the area a lot you can get a glimpse of various mountains through gaps in the trees. Mt. Washington: 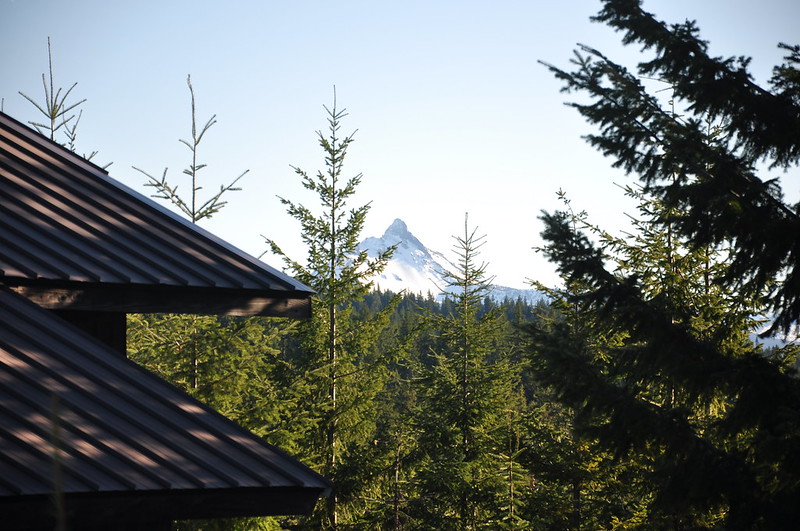 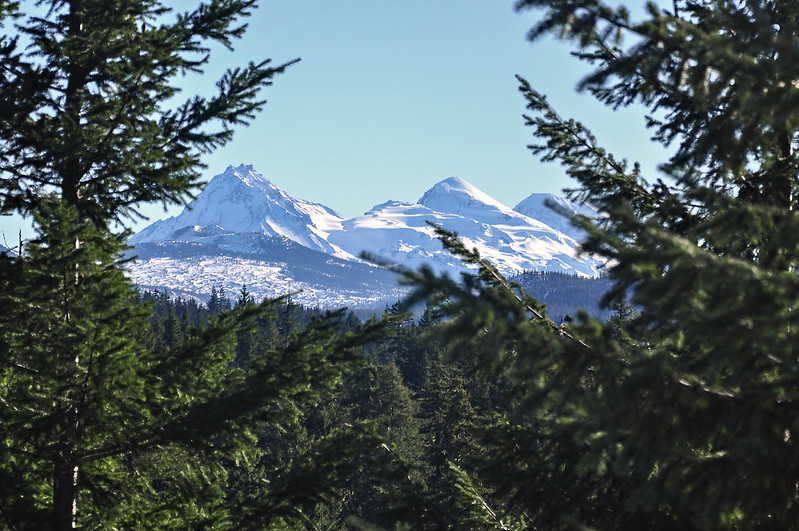 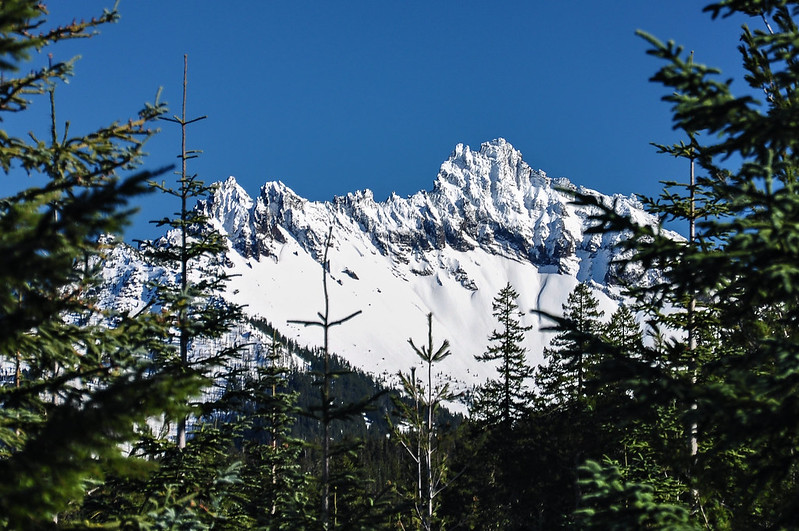 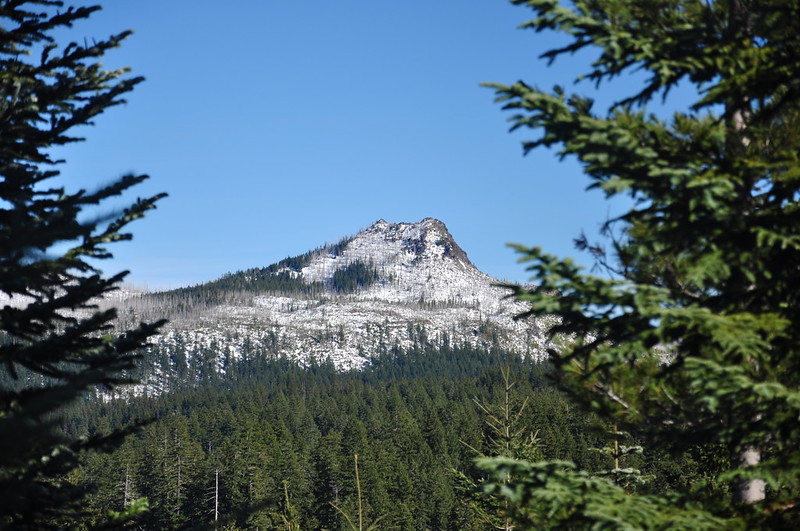 Turpentine Peak (with the tippy top of Mt. Jefferson visible): 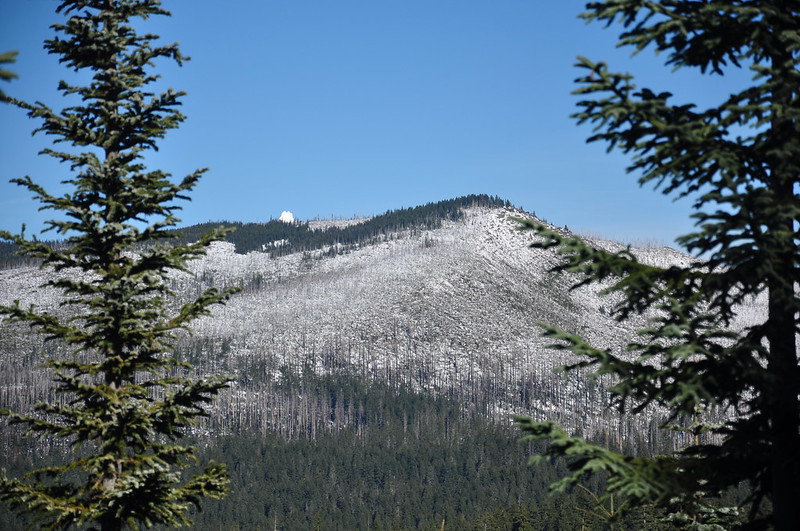 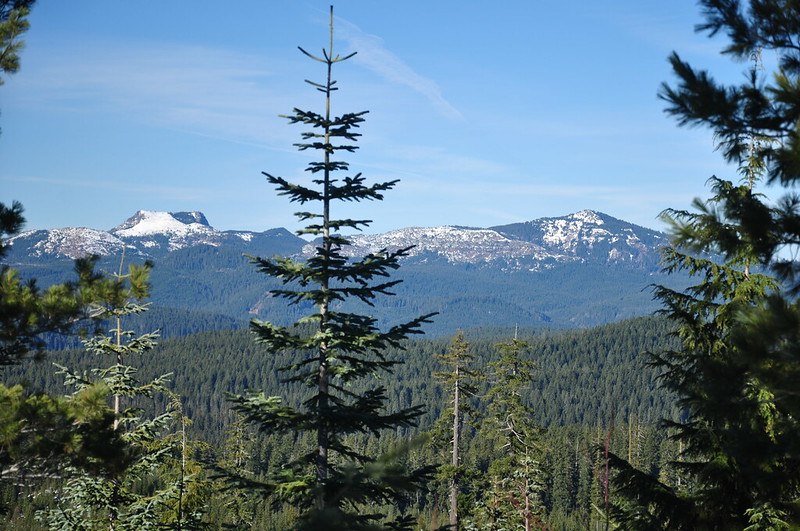 We sat at the shelter for awhile eating a snack and soaking up the sun. It wasn’t quiet since there was a group of people there who were staying at the shelter, but the sunshine sure felt great! We decided that rather than return the way we came, we would loop around via waypoints #17 and #16 on the map. The first part of this route followed a road: 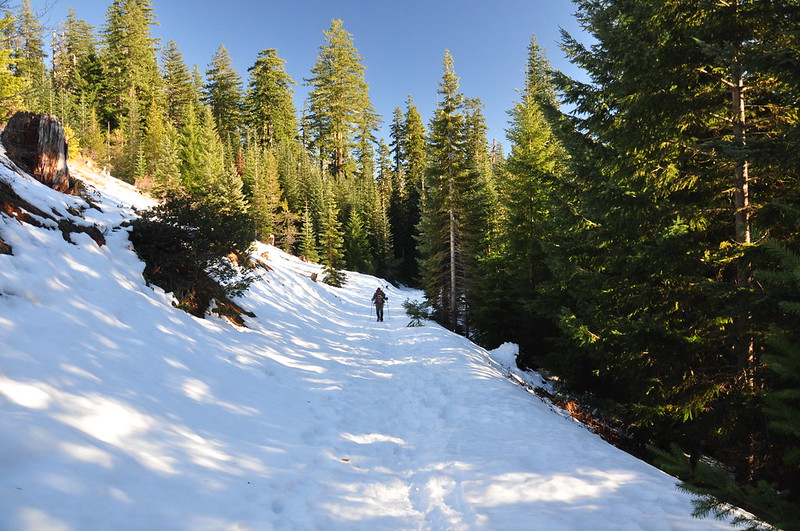 I’m not sure where we went wrong, but sometime after passing waypoint #16 we lost the trail. We were following a clear trail, and then we weren’t. #13 was ahead of us so we just went cross-country, navigating towards it with the GPS. When we finally emerged from the woods onto the trail, it was clear that we had been too far upslope, but I’m still not sure where we went wrong. Must have missed a switchback or something. Anyway, the trail was a sight for sore eyes: 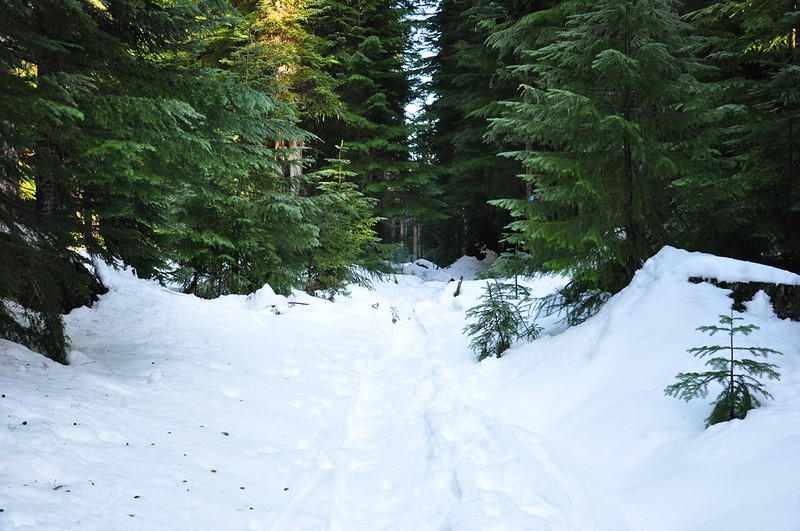 We finished the loop, then enjoyed root beer and a tasty treat from Sparrow Bakery back at the car. 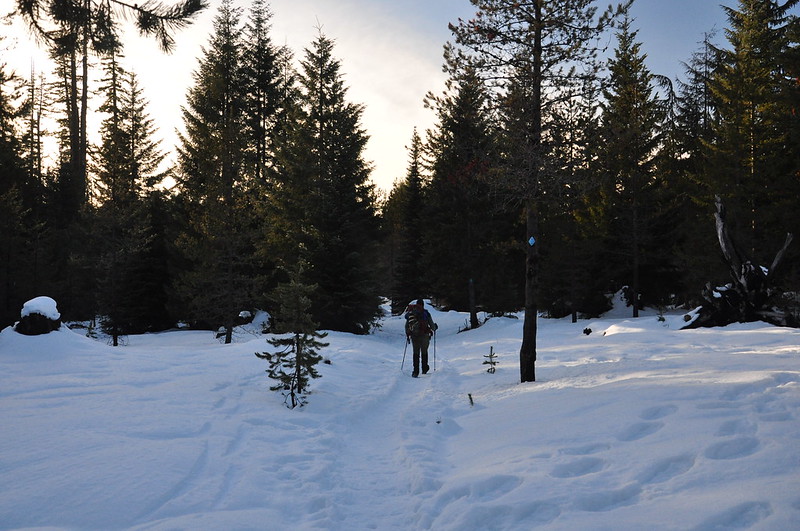 The loop ended up being about 5.5 miles. Next time when we have a full day I’d like to do the Mountain View Loop, which is quite a bit longer. Our track: 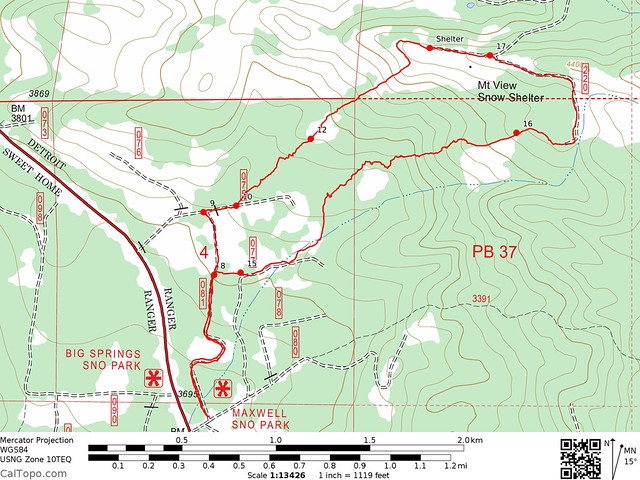