On Saturday we headed to the Lewis River hoping to see some nice fall color. We were WAY too early, though (by 2-3 weeks, I’d guess) and it was still pretty green. It was still a lovely hike, though. Shockingly enough I have never done this trail, despite a decade of hiking around here!

A quick note about access. It seems that guidebooks direct everyone to drive up I5 then head east through Woodland on 503. That’s the way we went, but we came back by heading south on Road 30 then down to Carson. That route is much prettier. Both routes are equally curvy. Bring the dramamine!

We started off at the Lower Falls then headed upstream. 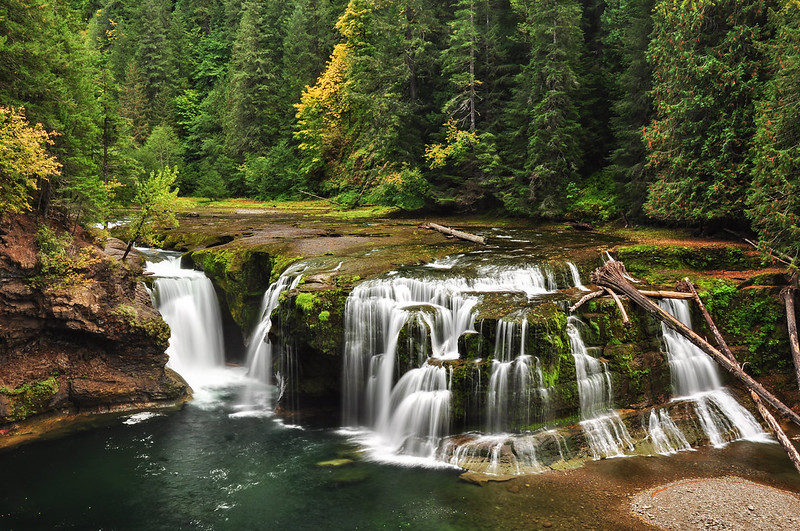 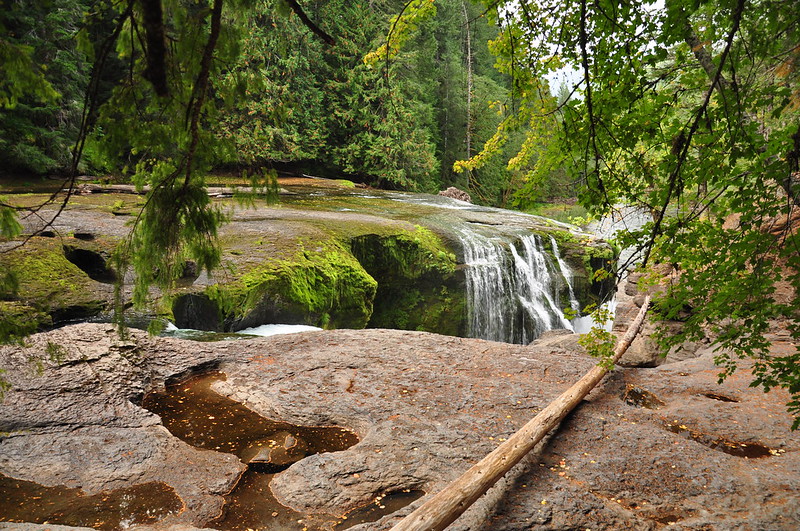 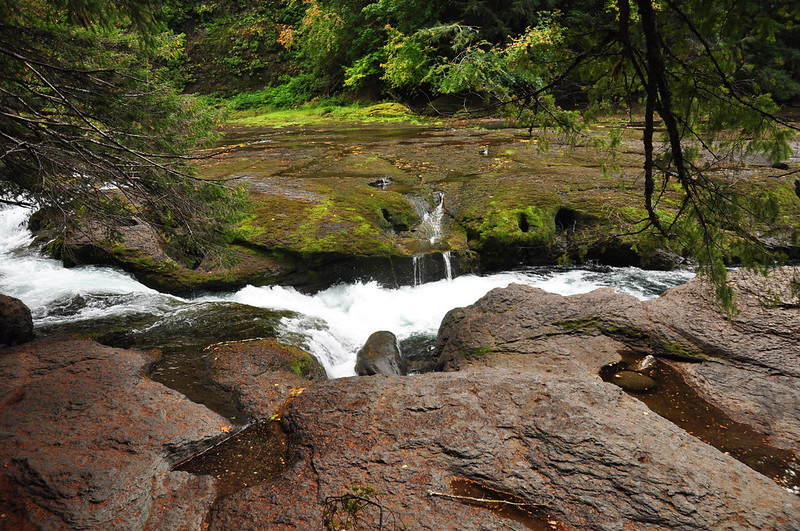 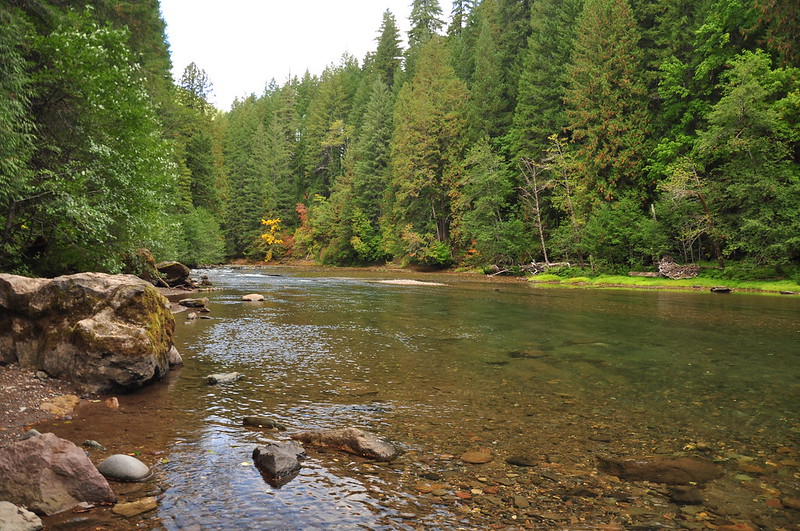 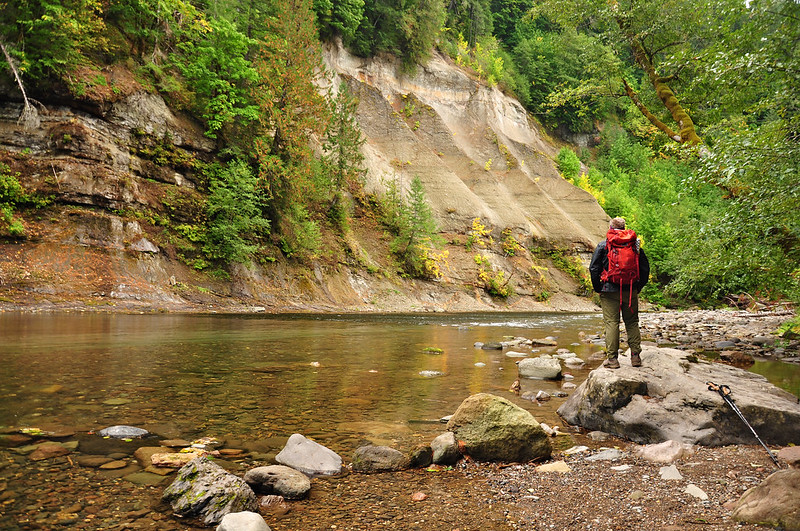 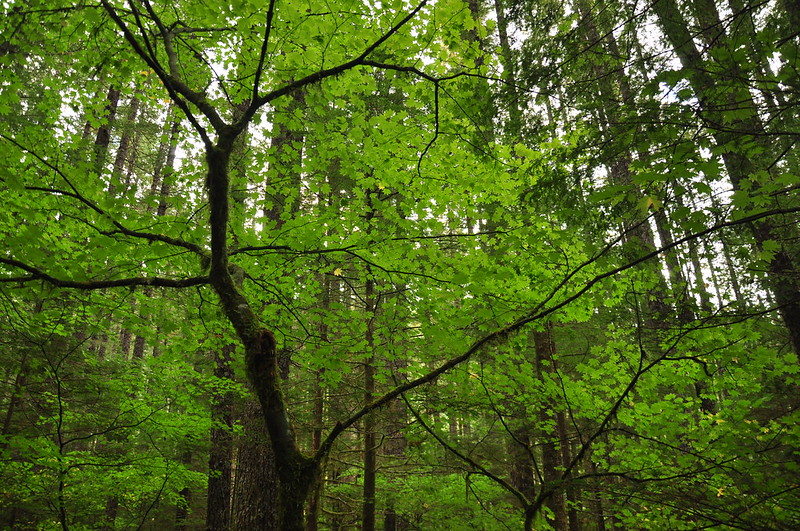 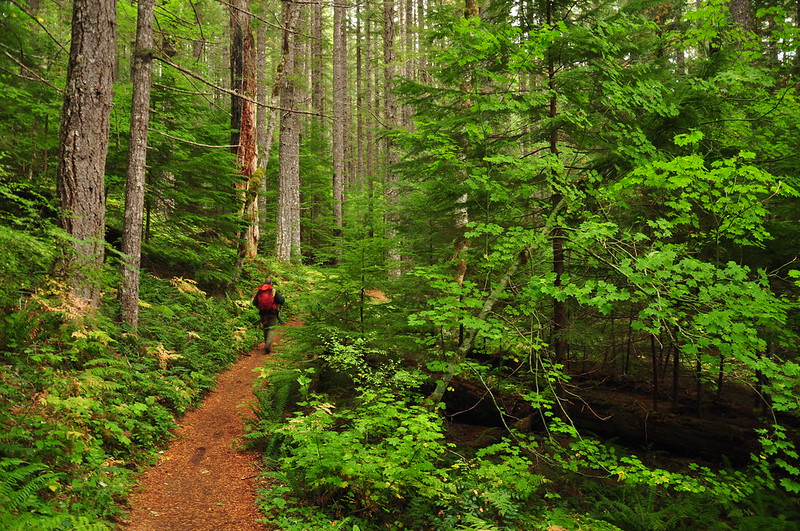 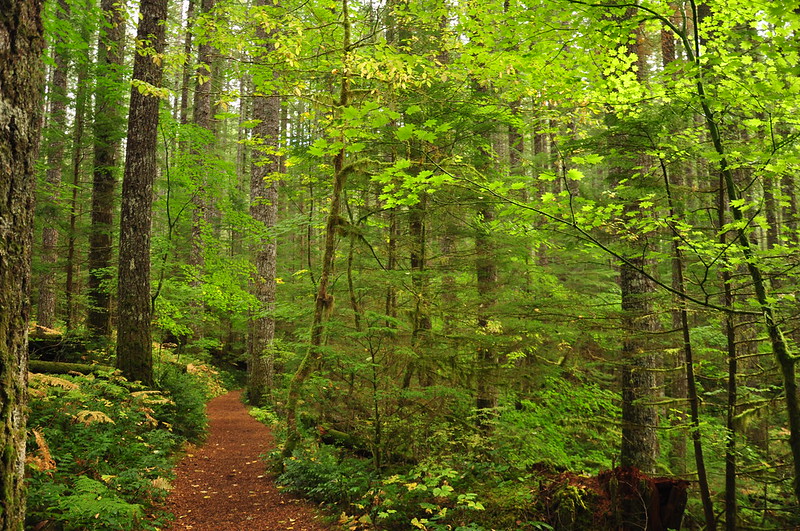 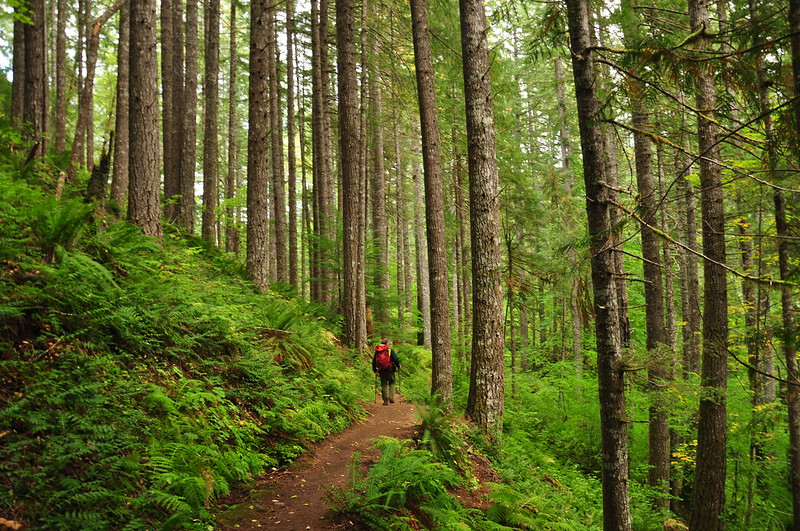 Apparently there’s a landslide past this point, so the trail detours up to the Middle Falls Trailhead. Instead of a clear sign explaining this, the Forest Service has opted for a mess of pink flagging. Ugh. 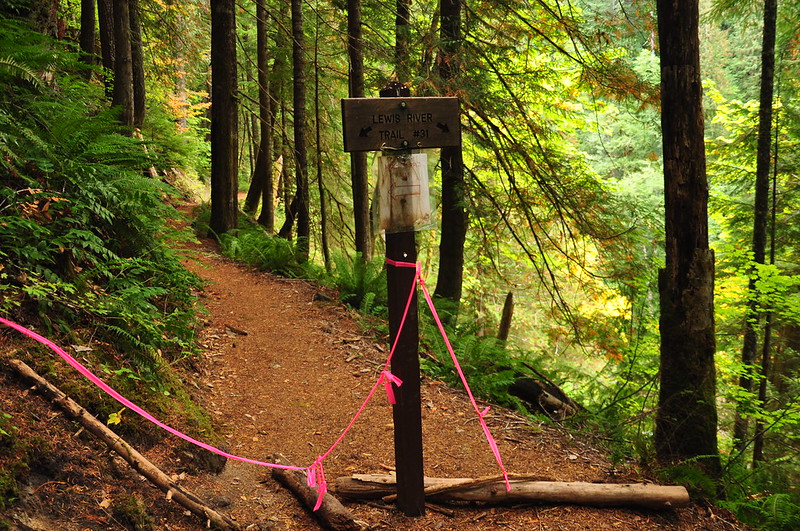 This is what it looks like at the other end on the lower bridge over Copper Creek: 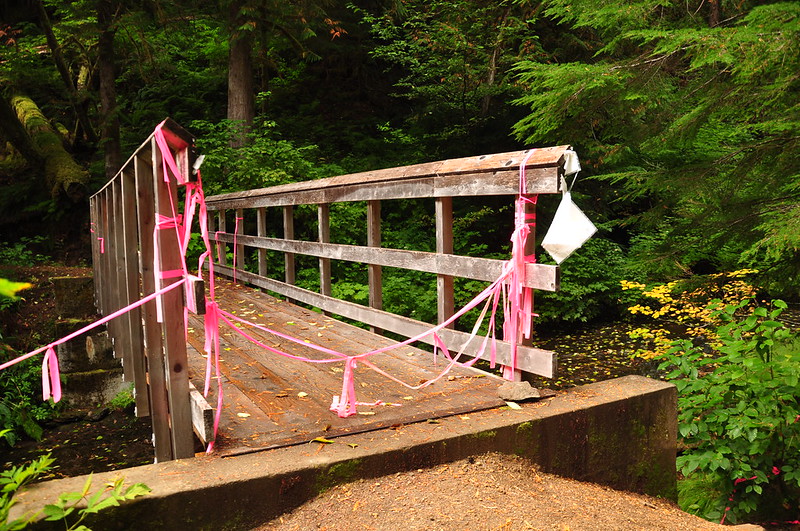 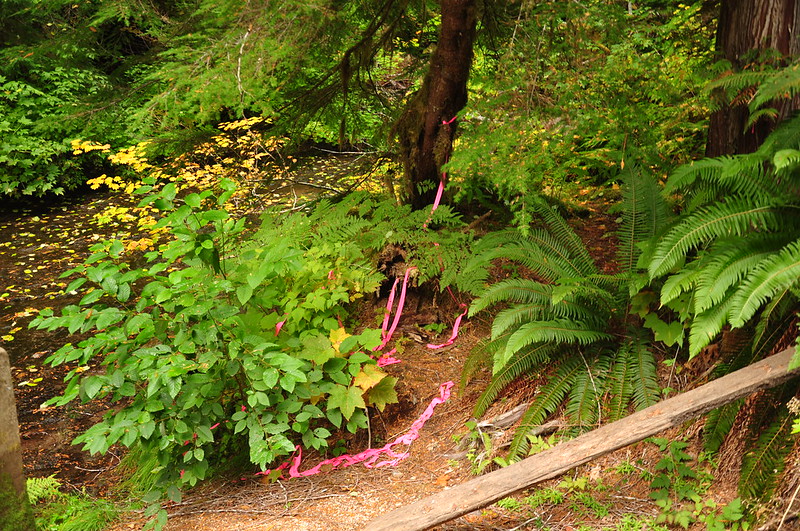 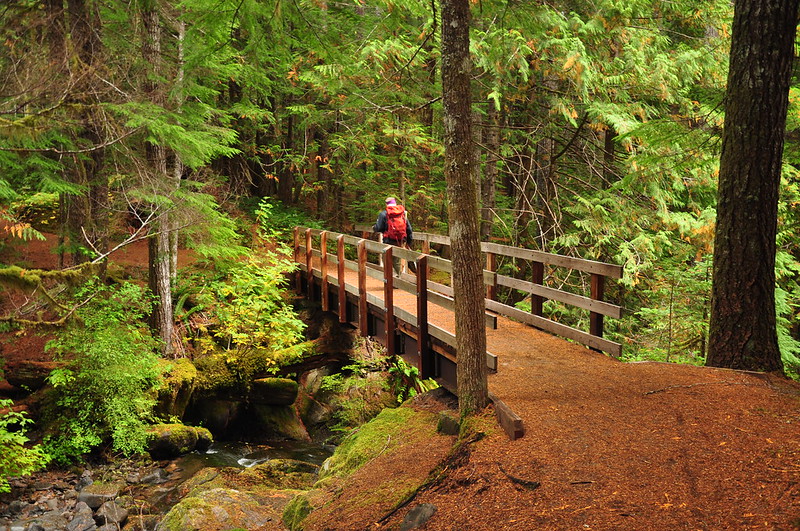 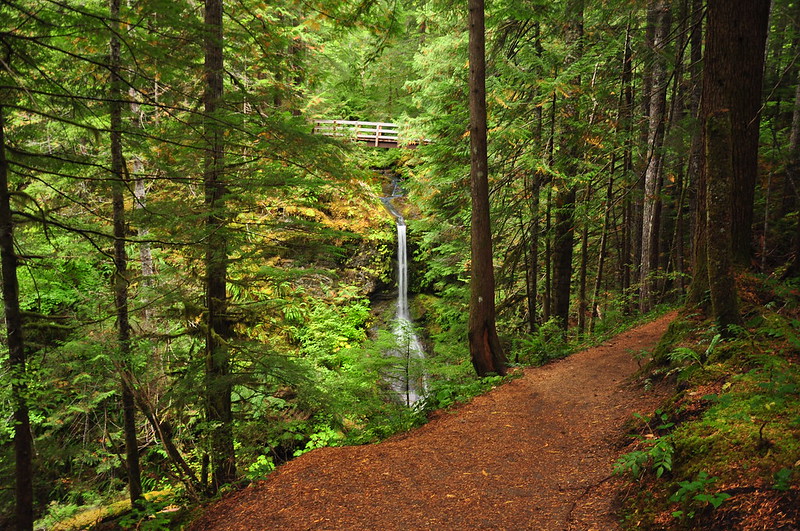 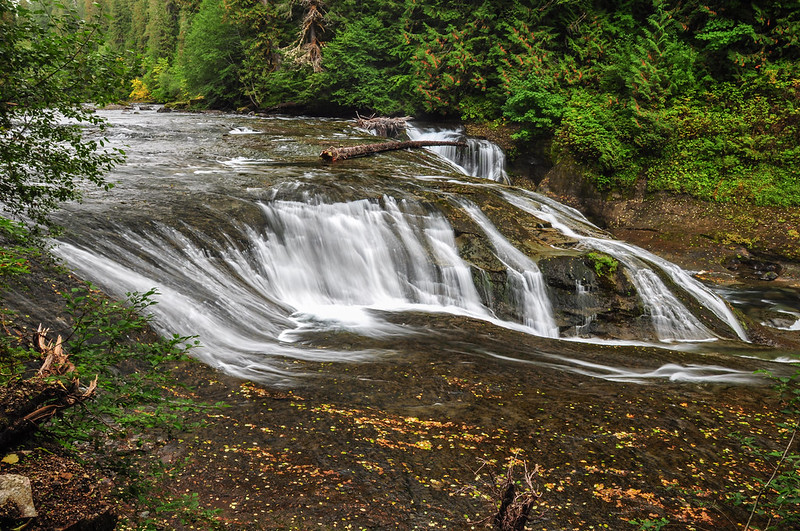 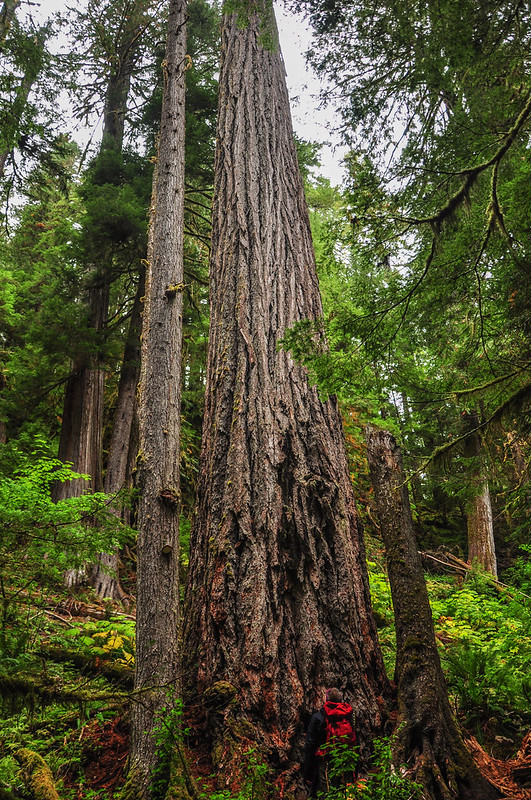 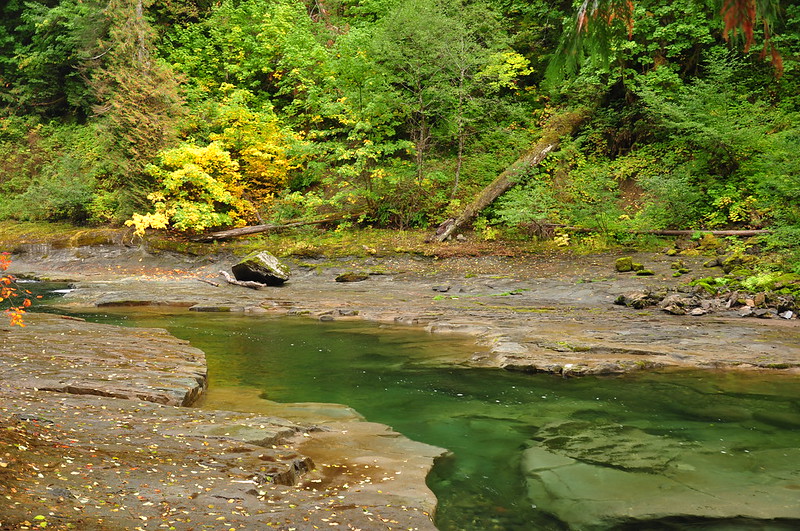 The trail has slumped away near Middle Falls and is quite a mess. I don’t know when this happened, but it doesn’t look recent: 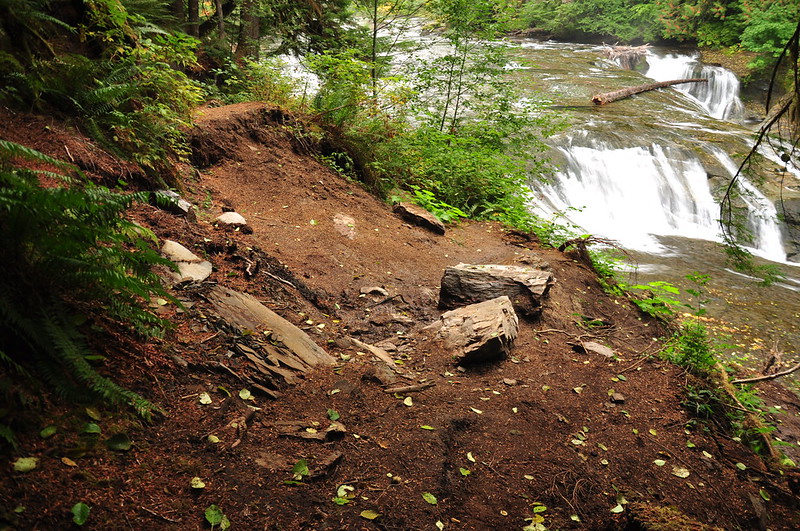 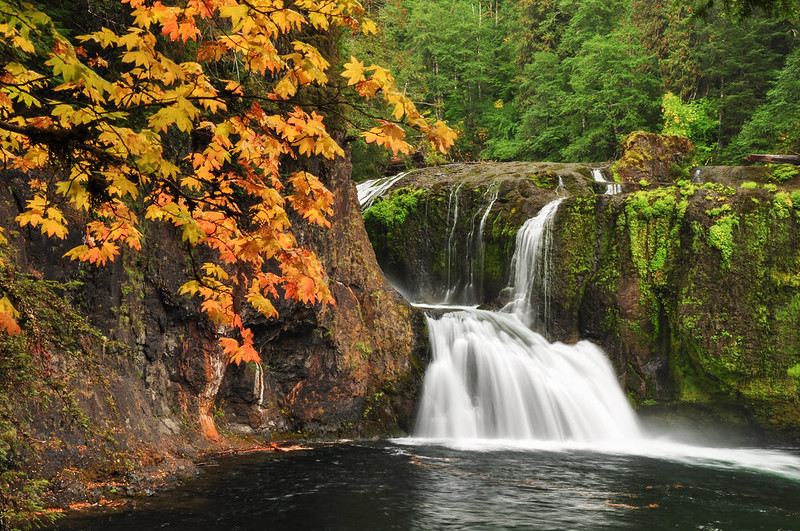 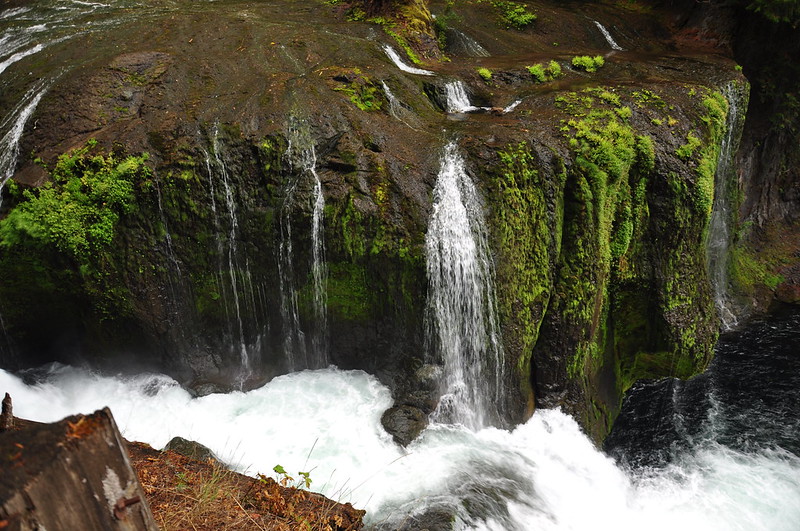 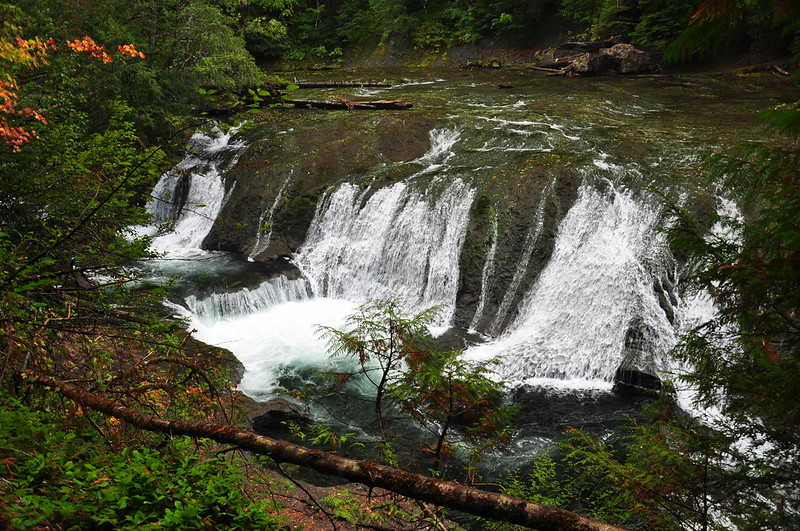 We didn’t go any further than Upper Falls because it was starting to rain. So we turned and headed back for the car. Lovely trail! Can’t believe it took me this long to hike it.