After a cloudy weekend, the sun finally came out on Labor Day, so I squeezed in one hike before driving home. The loop to Matthieu Lakes is only six miles and is very pretty. 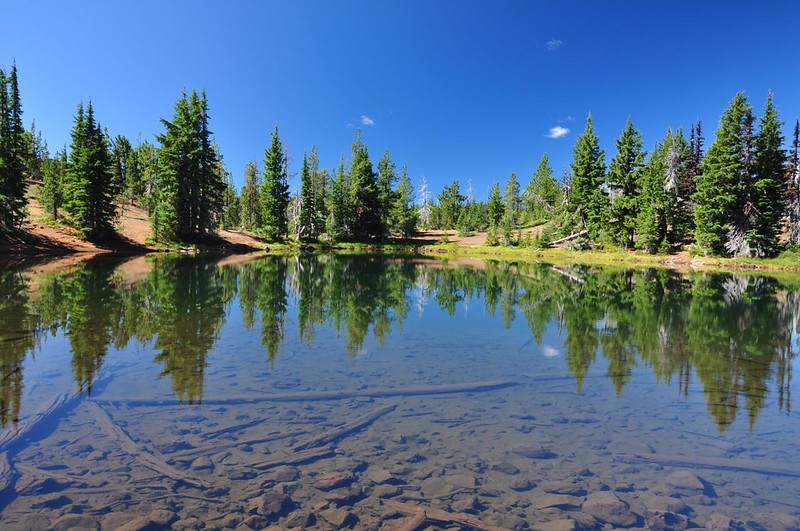 There were SO MANY CARS at the Lava Camp Lake trailhead. Lots of backpackers, I assume. The first part of the trail is in trees until you reach North Matthieu Lake. This is a really pretty lake that is a popular backpacking destination, despite the fact that it’s only about two miles from the trailhead. 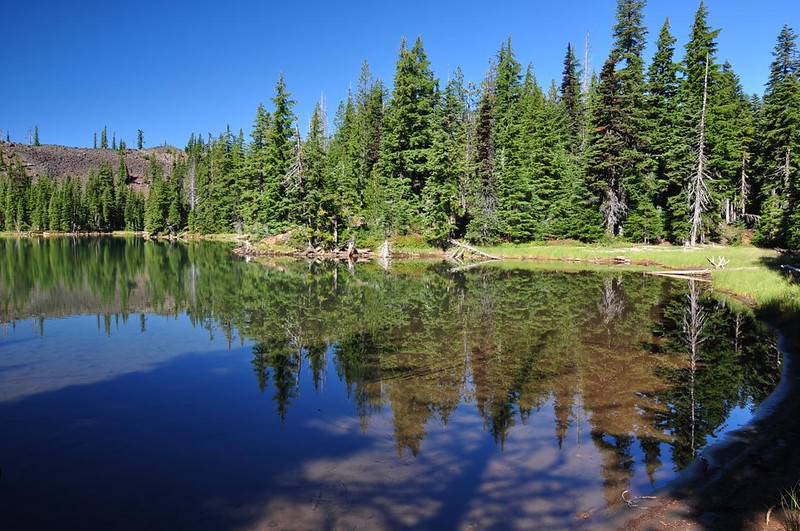 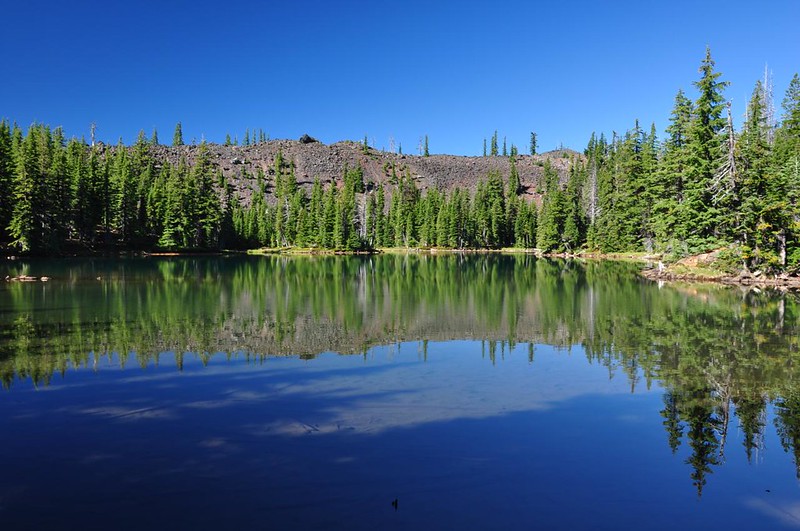 This area is so popular that the Forest Service only allows camping in seven designated spots at this lake, and three spots at the southern lake. Same situation as you’d find at Jefferson Park, except that the Deschutes National Forest is WAY better at informing hikers than the Willamette NF is. There is a map at the trailhead and a map at each end of both lakes to let you know about the camping regulation and where you can find the sites. Wish Willamette would do this at Jefferson Park. 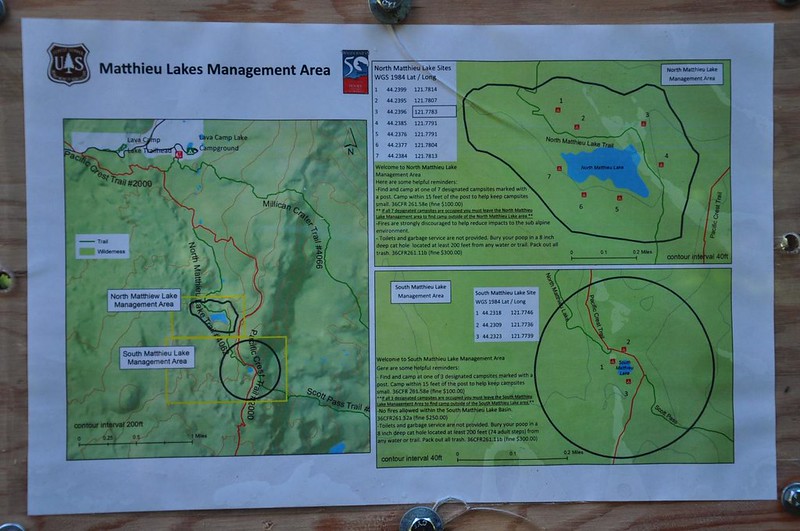 Onward to South Matthieu Lake, which is less than a mile away. This lake is smaller but even prettier, with a partial view of North Sister. 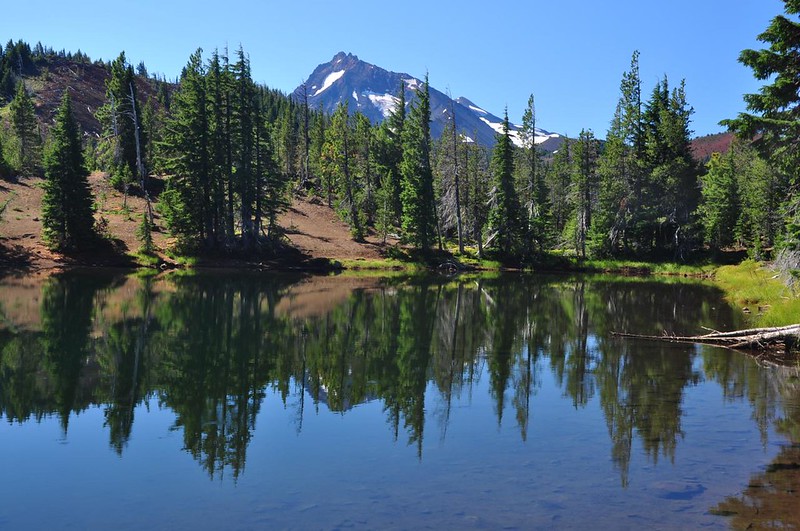 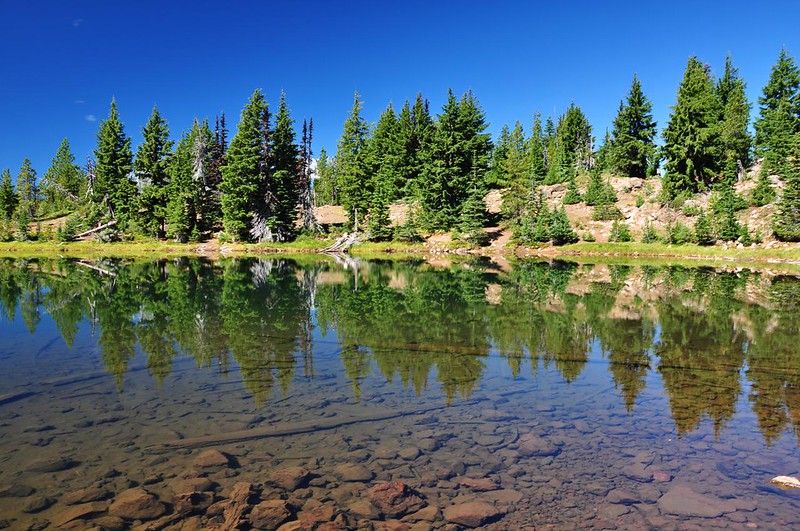 These lakes, by the way, were named after Francis Xavier Matthieu, who came to Oregon in 1842.

While looking for a private tree off the trail I discovered a view to the east. I think that’s Millican Crater on the left. 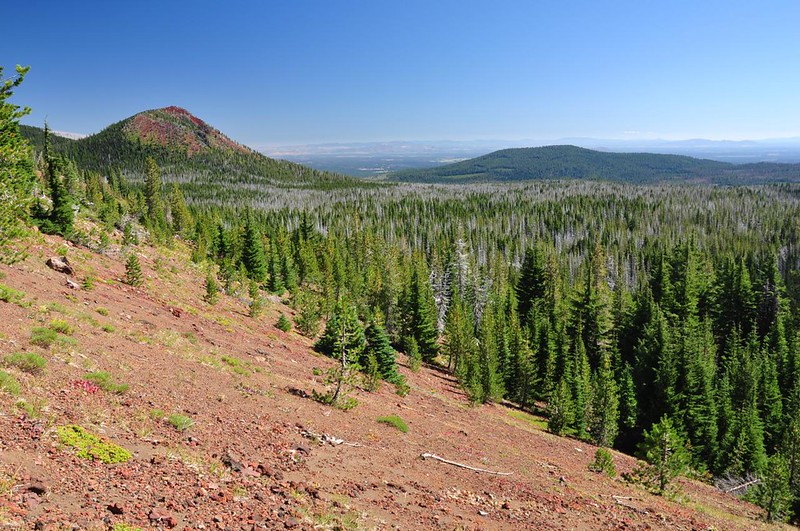 After enjoying the lake for awhile I headed back. This part of the loop is on the PCT and has some pretty great views. 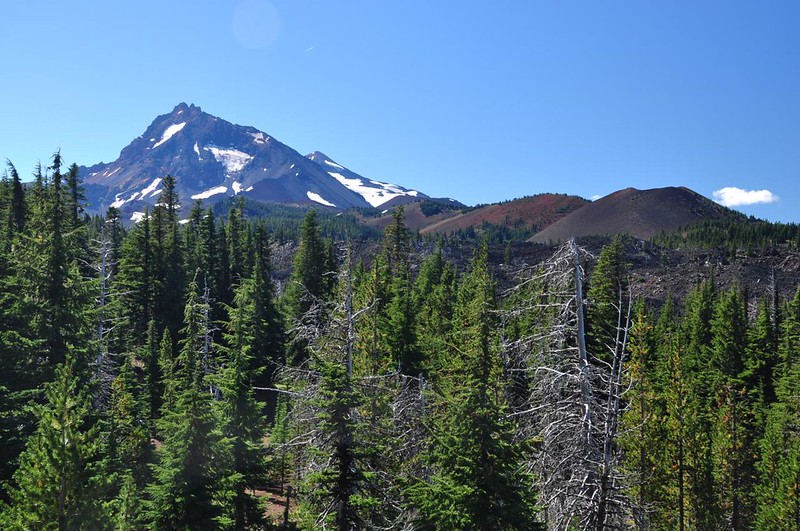 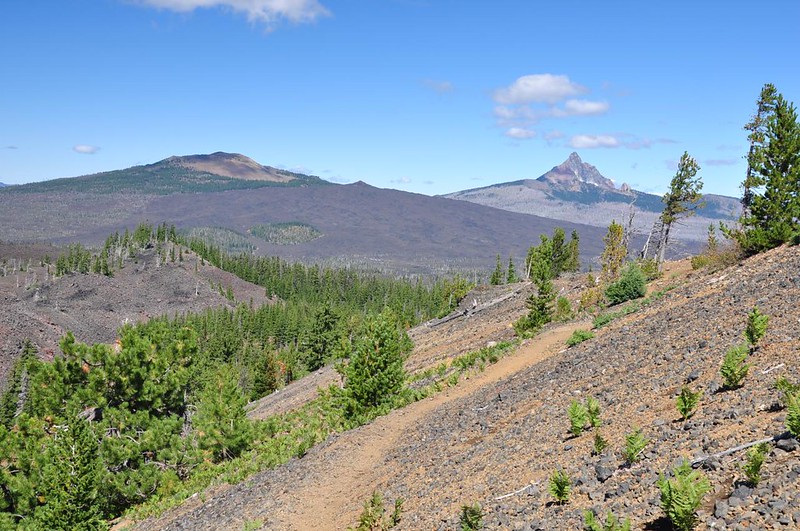 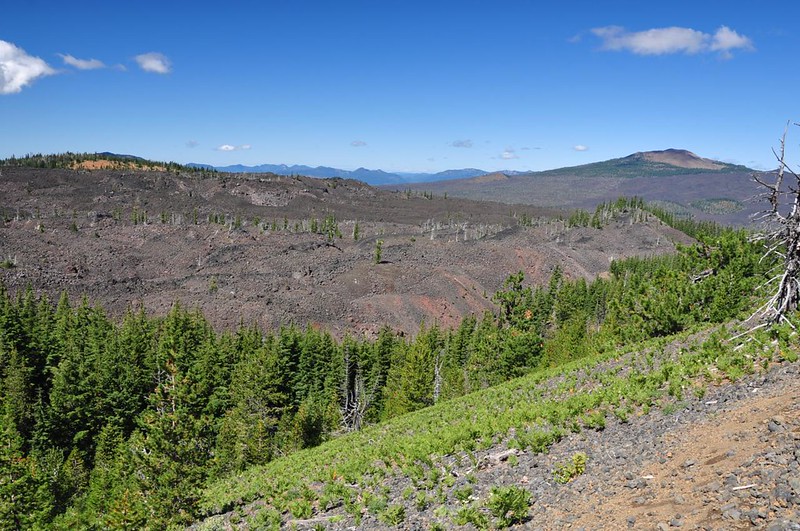 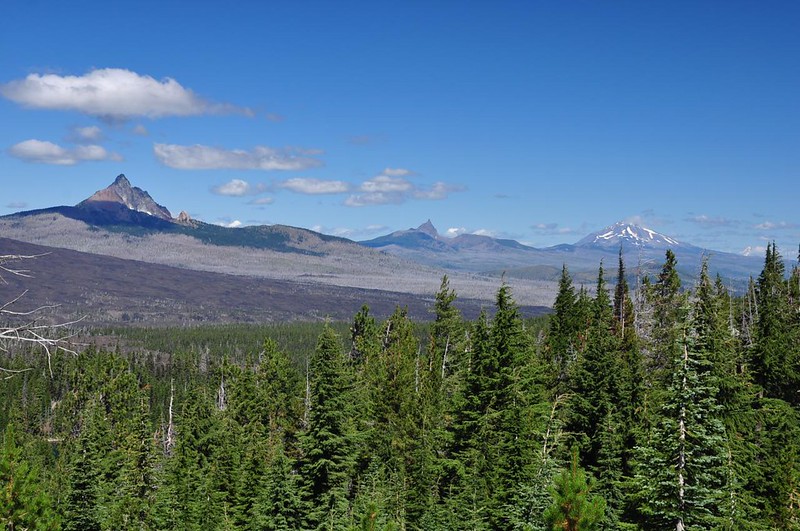 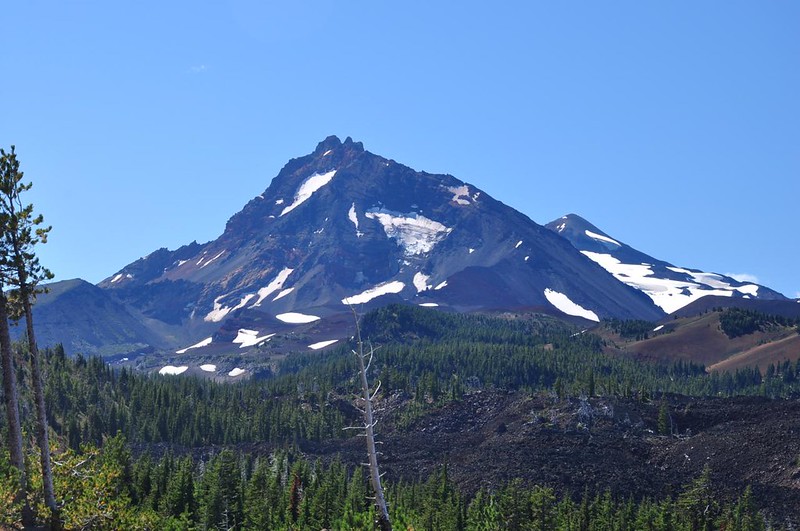 Along with the views I could also see down to North Matthieu Lake: 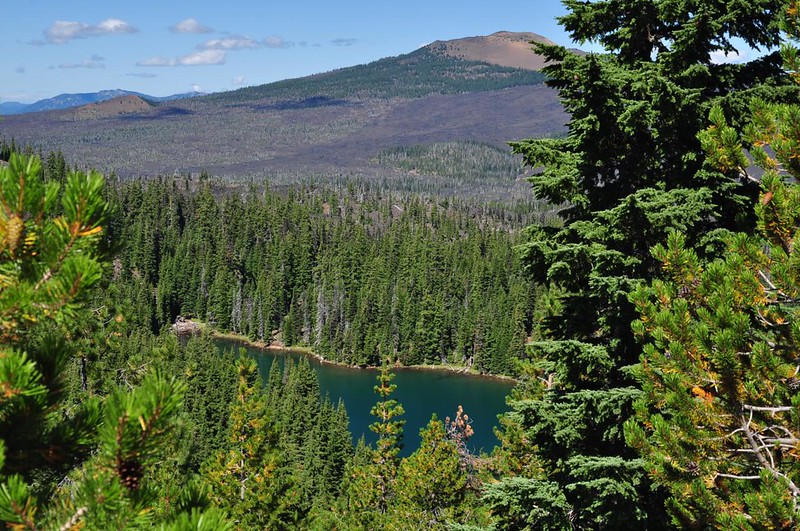 Then the trail re-enters the trees and it’s all forest back to the car. While driving the short dirt road between the trailhead and the highway I saw a guy in his 50s walking along the road (away from the highway, towards the trailhead or campground). As I got closer I saw that he was stark naked except for shoes and socks. He didn’t appear to be in distress; he was just moseying along in his birthday suit. If he was walking from the lake back to his campsite, that would have explained the lack of attire, but that’s not the direction he was coming from. How random!