We hiked the Dog Mountain trail today, hitting the trail nice and early at 8:45 to avoid the crowds and the heat. I haven’t done this one since I was a grumpy teenager, forced to do the trail by my parents on a really hot Memorial Day. The hike was brutal and hot and I ended up with heat exhaustion. I had such negative memories of that day that I swore I’d never go near Dog Mountain again. Well, I’ve been forced to eat my words, because the motivation of all those wildflowers was too much to resist and I hiked the trail today. The wildflowers were worth it, but man!…. that trail kicked my butt just as hard as it did the first time. We made it to the top in 2.5 hours, and made it back down in 2, probably faster than I should have pushed myself. By the end, I was just about out of water, and once again suffering from heat exhaustion. But the flowers were worth it!

The wildflowers are just past their peak and beginning to fade. Also, the trail is super dusty since it hasn’t rained in awhile. You all know this hike, so I won’t go into further details. But one thing I’ll mention that I haven’t seen mentioned anywhere else is that it’s already starting to get buggy up there. The last 15 minutes of forest hiking before emerging onto the open slopes (on the Dog Mountain Trail, not the Augspurger Trail) I was swarmed with bugs. They were most not mosquitos, but I have a few itchy spots this evening so some of them were biting. And I wish I’d had my head net to keep them out of my face! Fortunately, on the windy open slopes the bugs weren’t a problem there.

You can see the yellow carpet of summit wildflowers at the first viewpoint, there are so many of them! 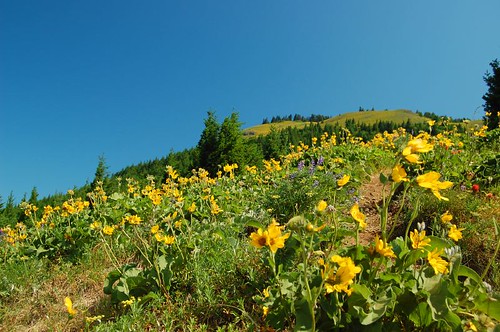 Right after emerging onto the open summit slopes from the forest. 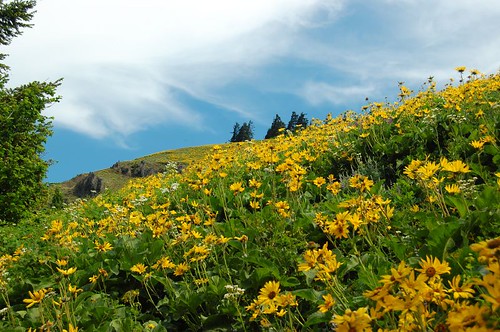 Yellow balsamroot as far as the eye can see. 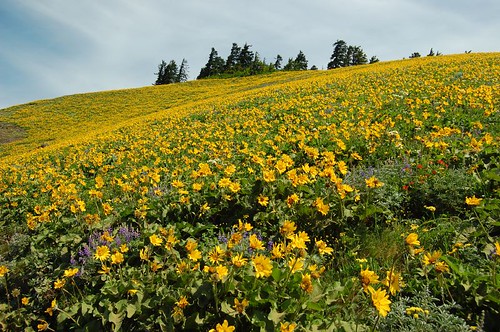 Mt. St. Helens in the distance with Balsamroot lining the trail to the summit. 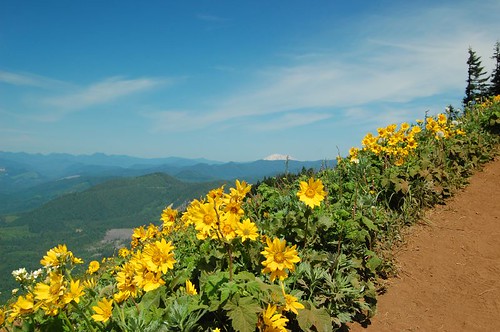 The Balsamroot may be past its peak, but there are still lots of other wildflowers blooming, including Paintbrush. 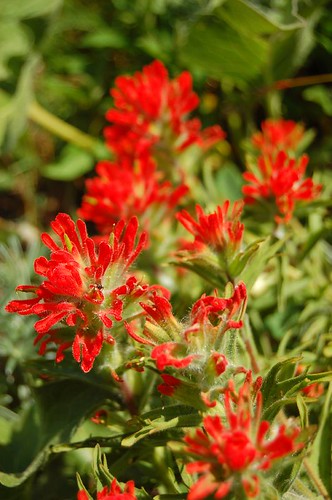 Steep slopes of wildflowers above the Augspurger Trail. 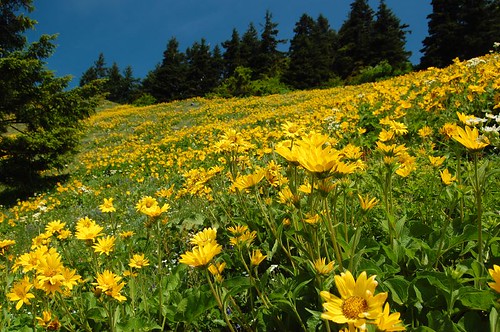