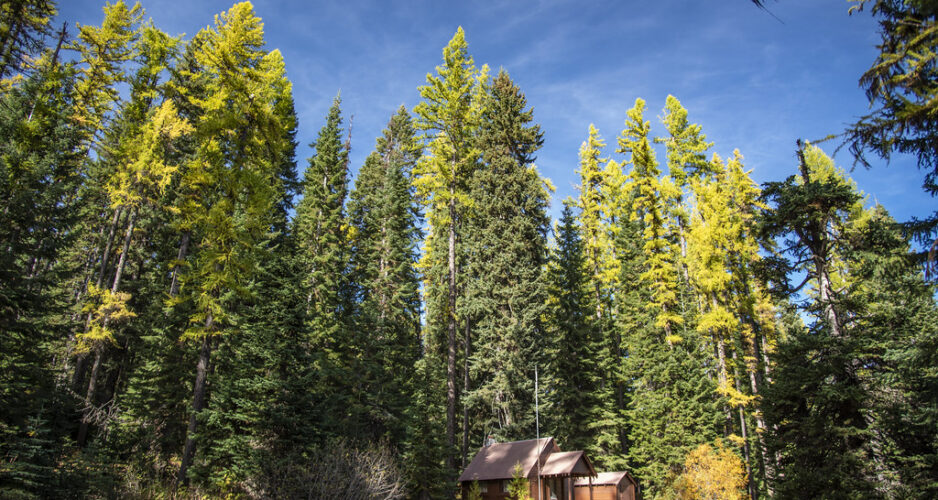 The second hike I did while staying at the Fry Meadow Guard Station was the Upper Wenaha River. On the way I stopped to check out Lookout Mountain. The spur road to the top was closed so I parked on Road 62 where I had this amazing view of larches in color: 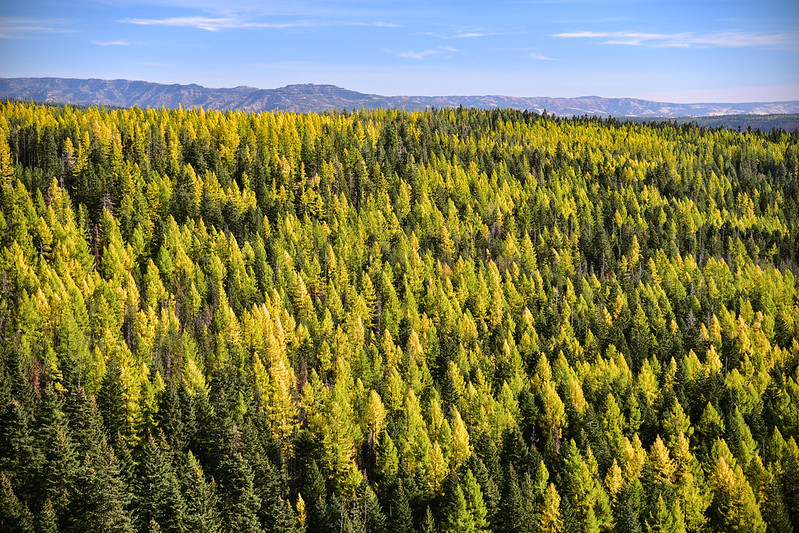 Although the fire lookout is off-limits to visitors – even now when it’s unstaffed – I could still see nice fall color from the ground: 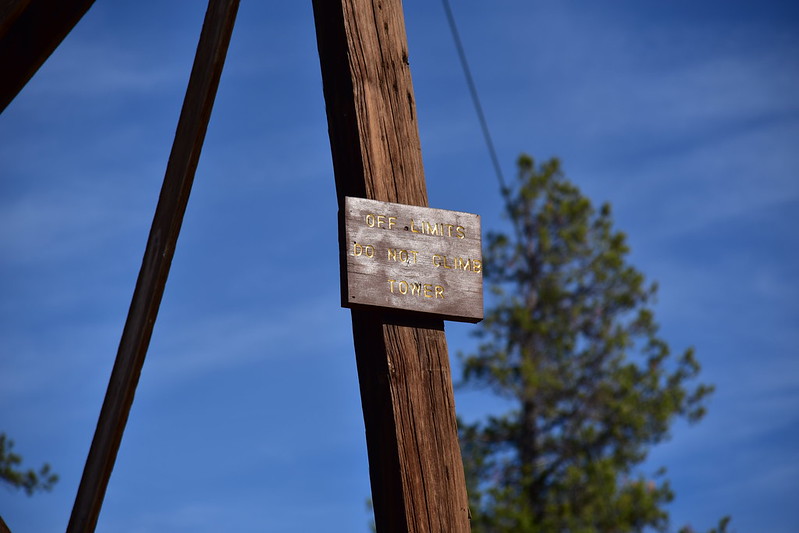 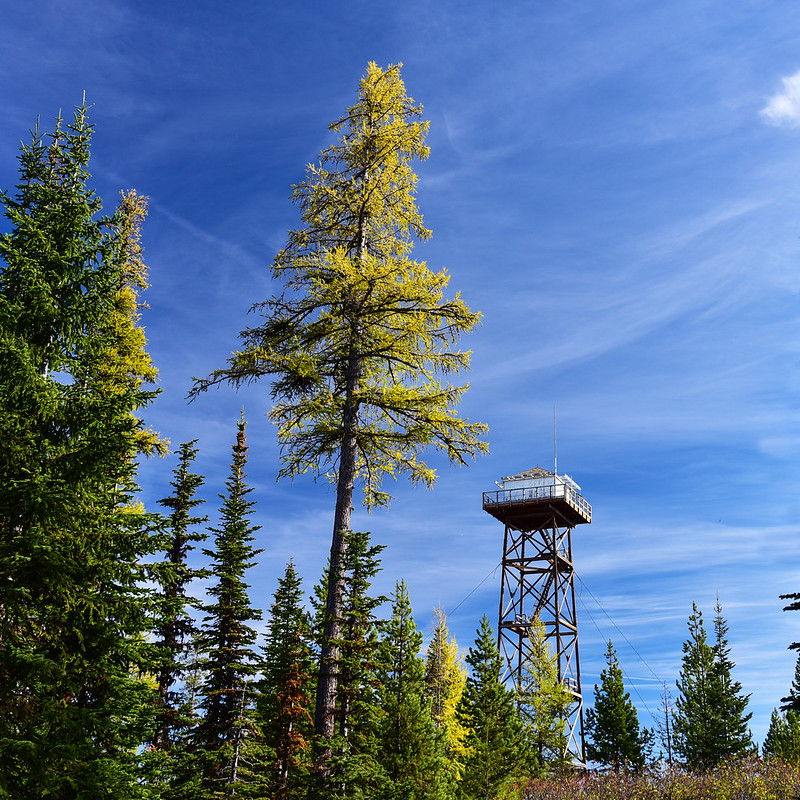 I drove 6413 to 6415 to approach the trailhead from the east. The information I had only described the approach from the west so I didn’t know what to expect. The first two miles of 6415 weren’t bad, but after that it got rougher. There were some nice larches to see along the way! It was a dirt road, not a gravel road, and idiots had driven it when conditions were muddy, creating deep ruts in several spots. At least there were only a few of those. There was lingering snow in a few spots, and some deep puddles, but the Outback was able to handle it. I wouldn’t want to drive this in late spring or early summer soon after snowmelt because I’m sure it’s muddy as heck. Finally I arrived at the Timothy Springs Campground: 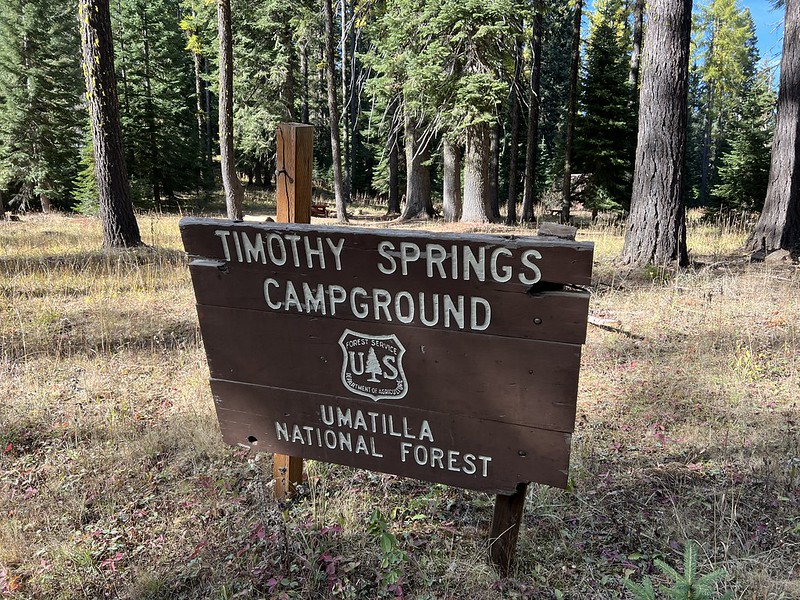 The old Timothy Springs Guard Station is behind the campground. It’s much smaller than the two-room Fry Meadow cabin where I was staying! 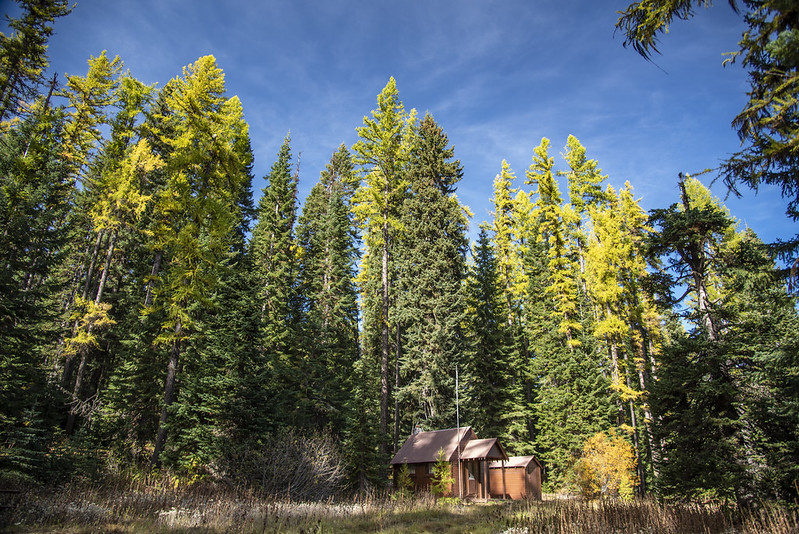 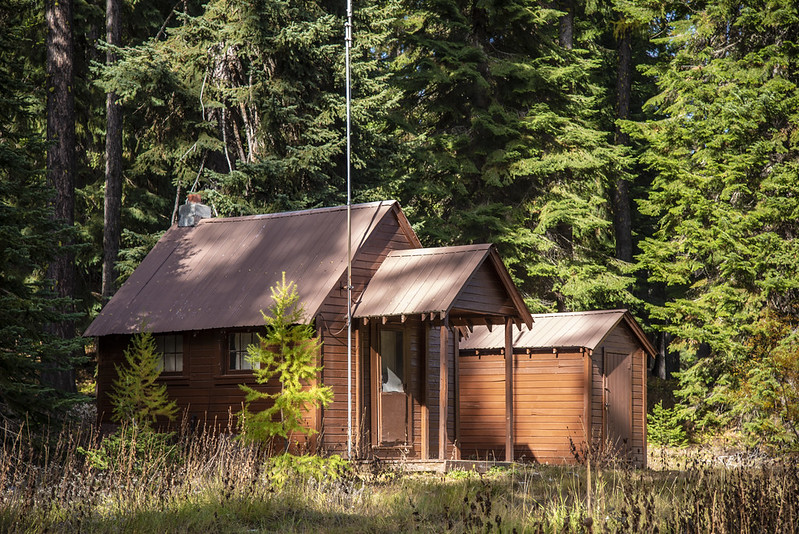 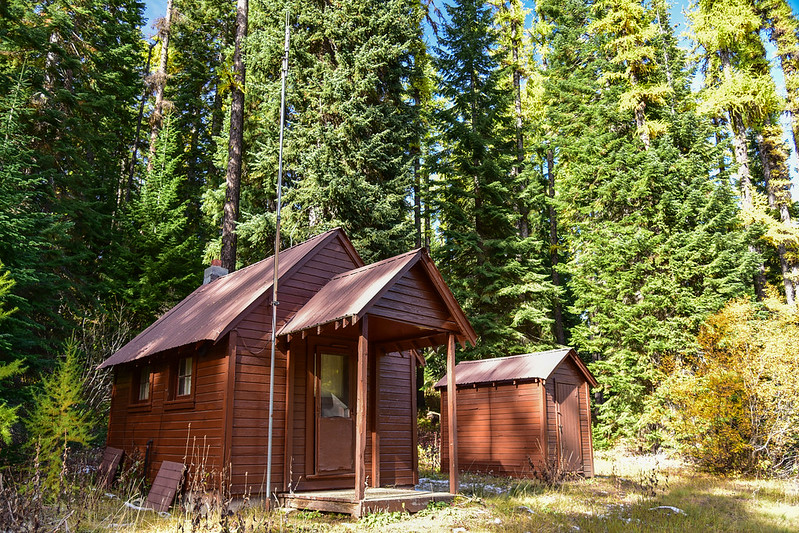 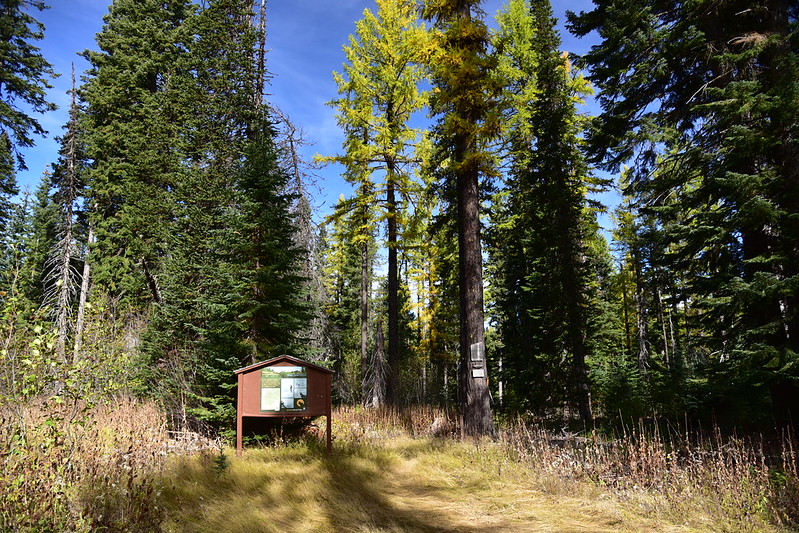 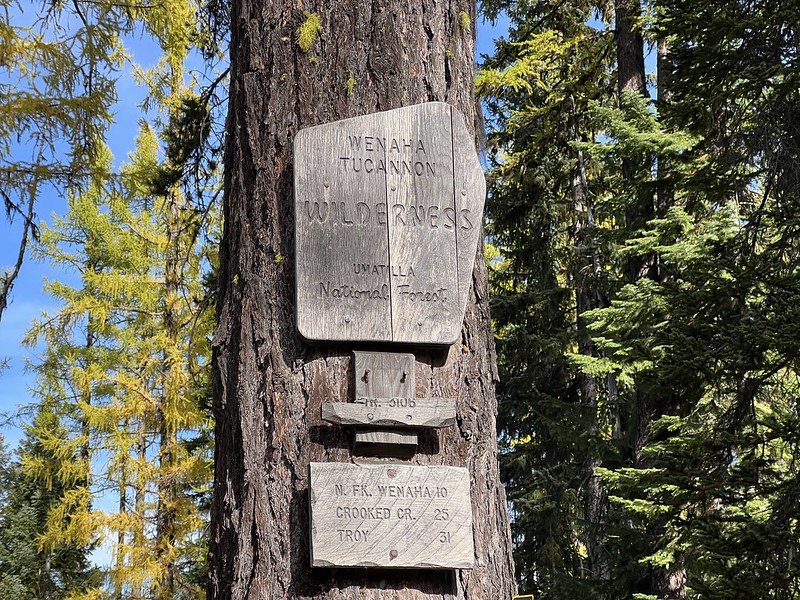 It was a very windy day and as I hiked I could occasionally hear branches crashing down in the forest. I hoped none would fall on me! 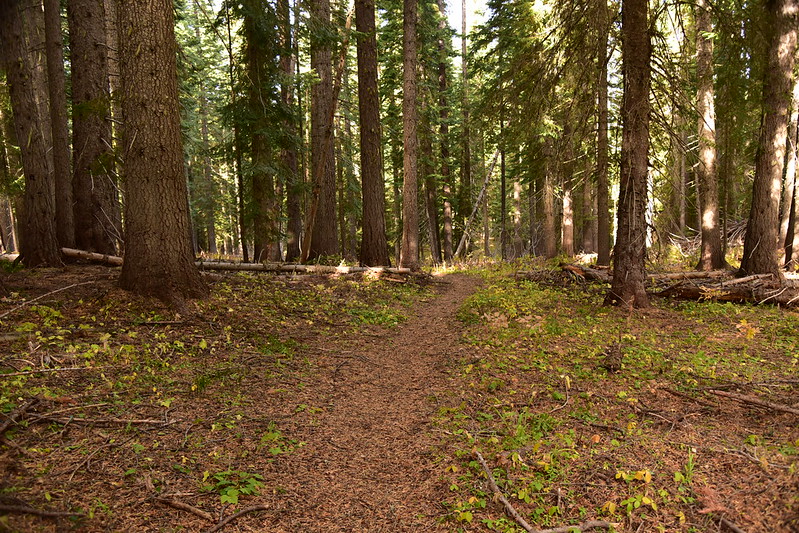 The trail was entirely in the trees except for this one opening with a “view”: 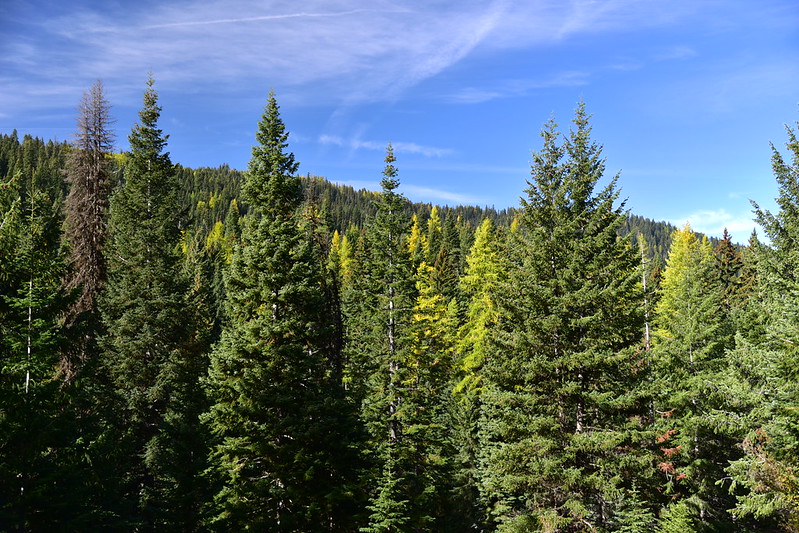 It’s downhill all the way: 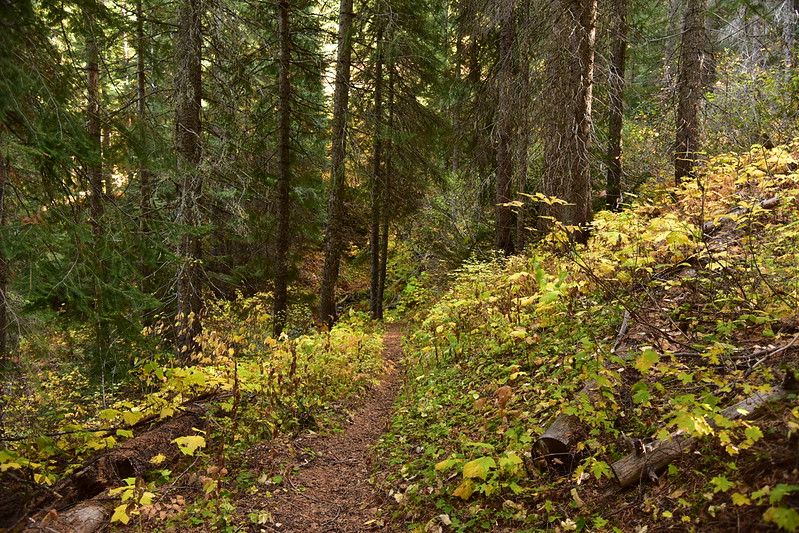 I passed this little trickle of a side stream: 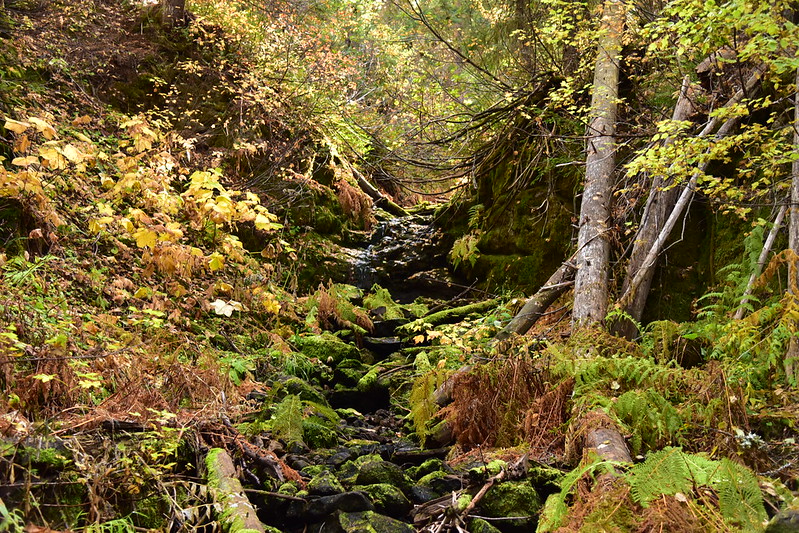 Then at 2.3 miles I reached the South Fork Wenaha River. The trail crosses here but this was my turnaround point so I sat on a log and had a snack: 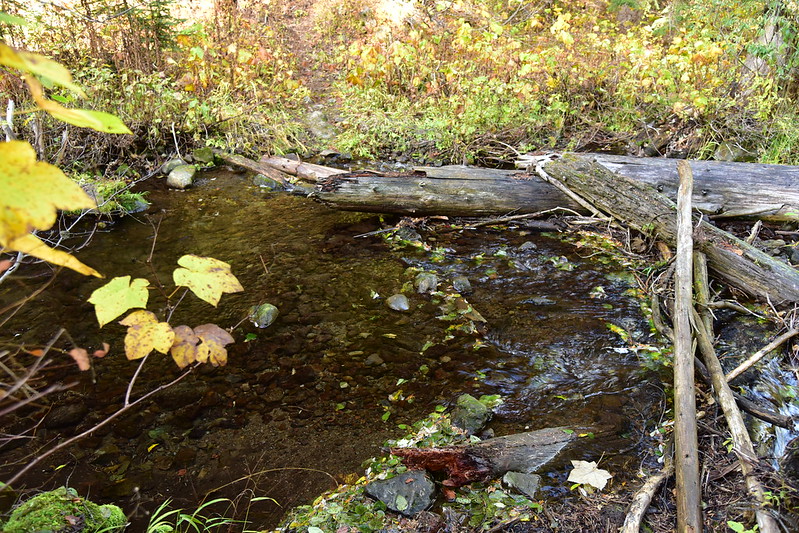 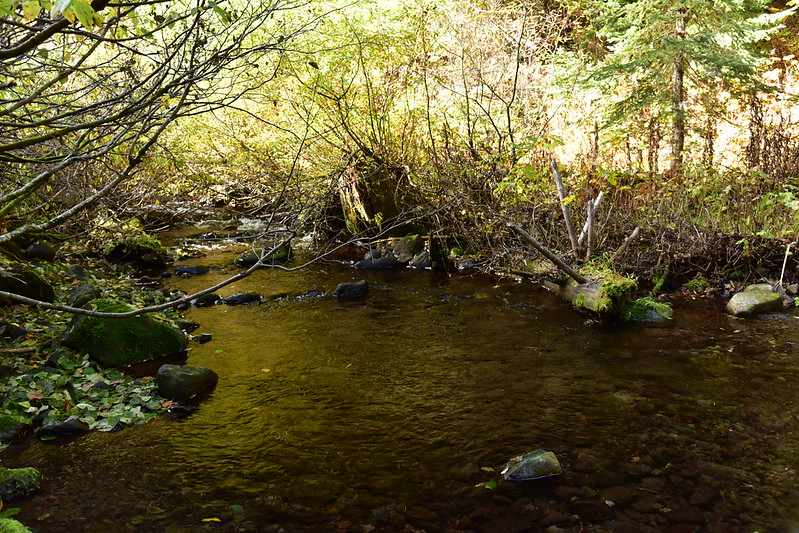 Then I turned and climbed back up out to the car. I saw no one on the trail. I drove 6415 out to the west this time and that stretch was really good, not rough at all. As I made my back to Fry Meadow I passed lots of beautiful larches. Finally at this spot I stopped the car and took a few photos: 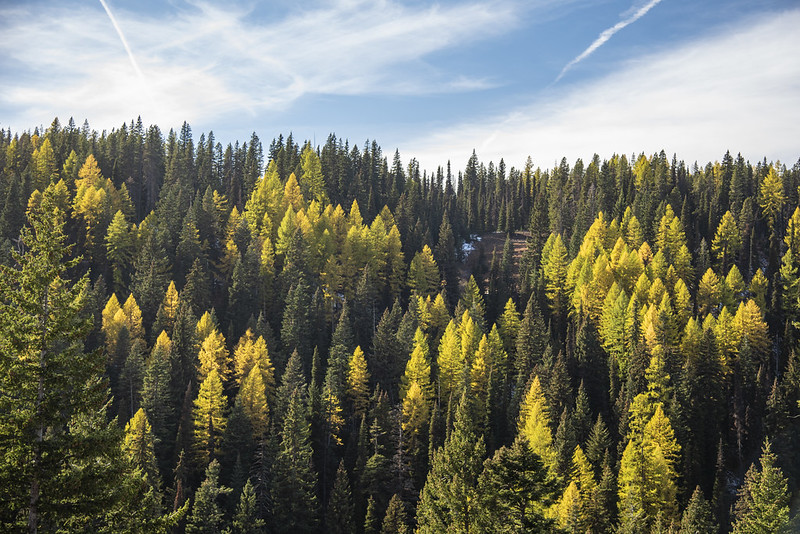 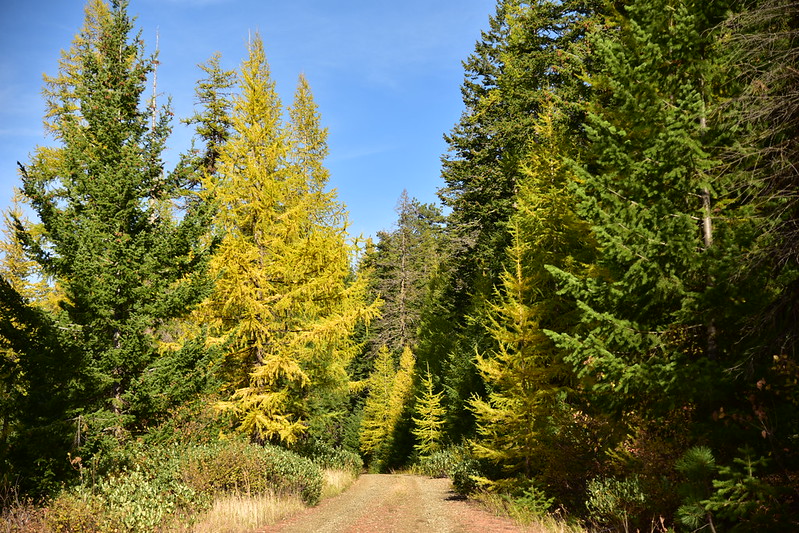