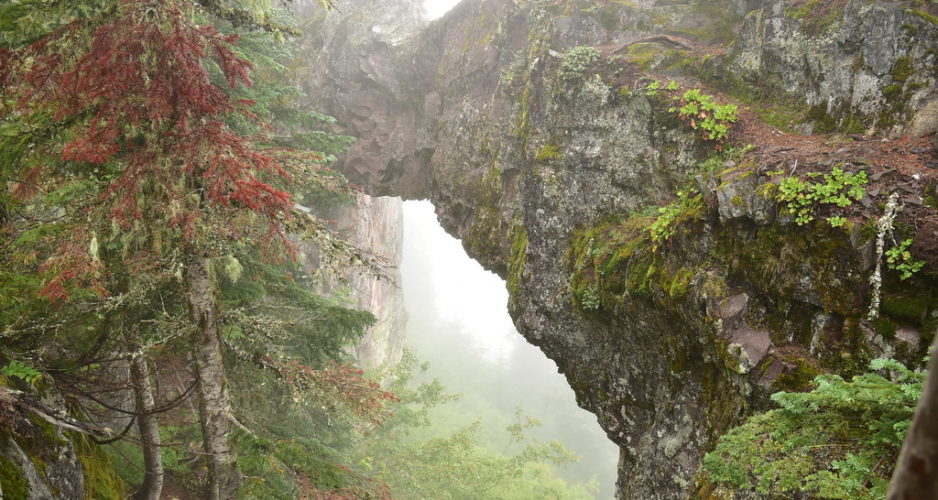 Greg and I rented the Gold Butte Lookout this weekend, so before heading up to the cabin we decided to do the hike to Phantom Natural Bridge.

We parked at the trailhead on Road 2207, crossed the road, and picked up the French Creek Ridge Trail heading west: 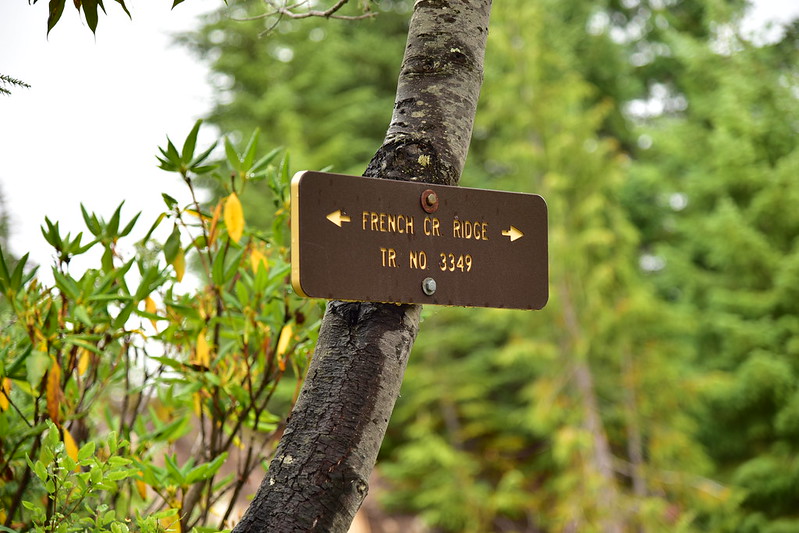 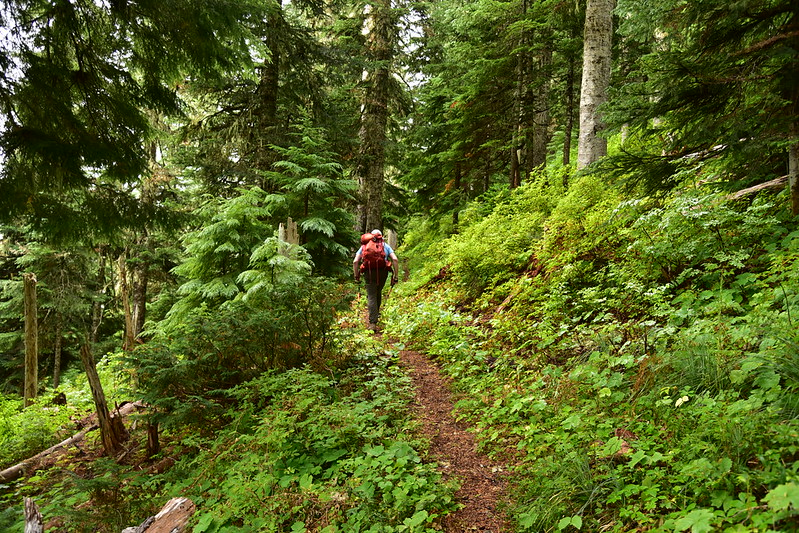 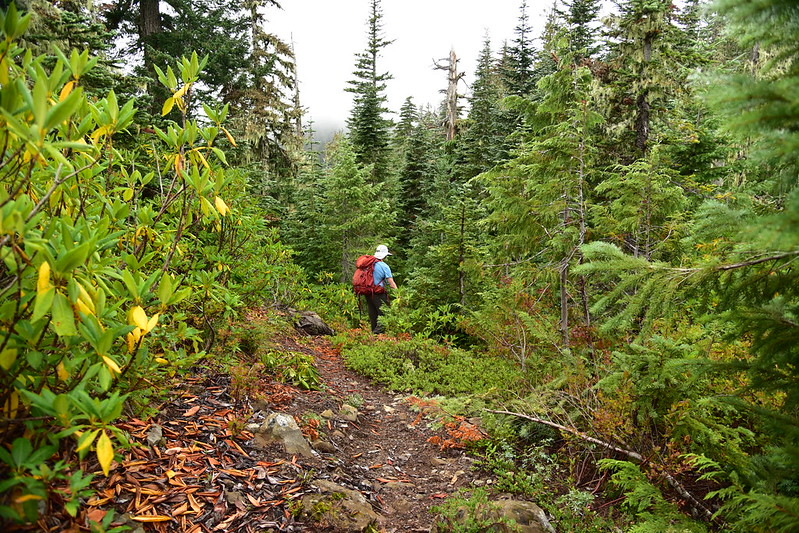 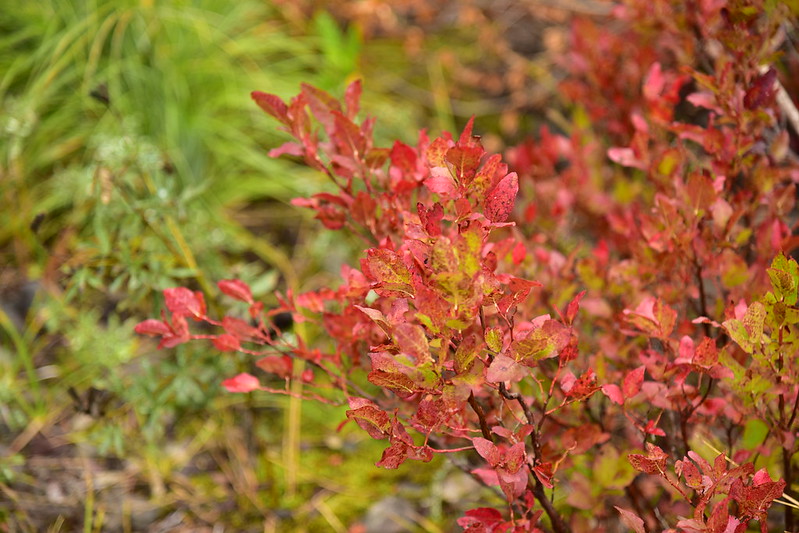 There were SO MANY HUCKLEBERRIES: 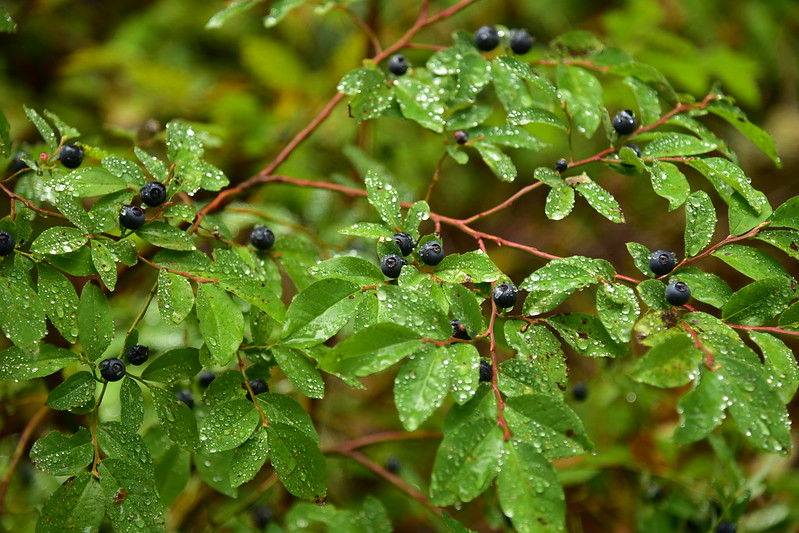 Unfortunately this trail is like a roller coaster and has a lot of up and down. It was also quite brushy in many spots and since everything was soaked from the previous night’s rain that meant we got soaked too. 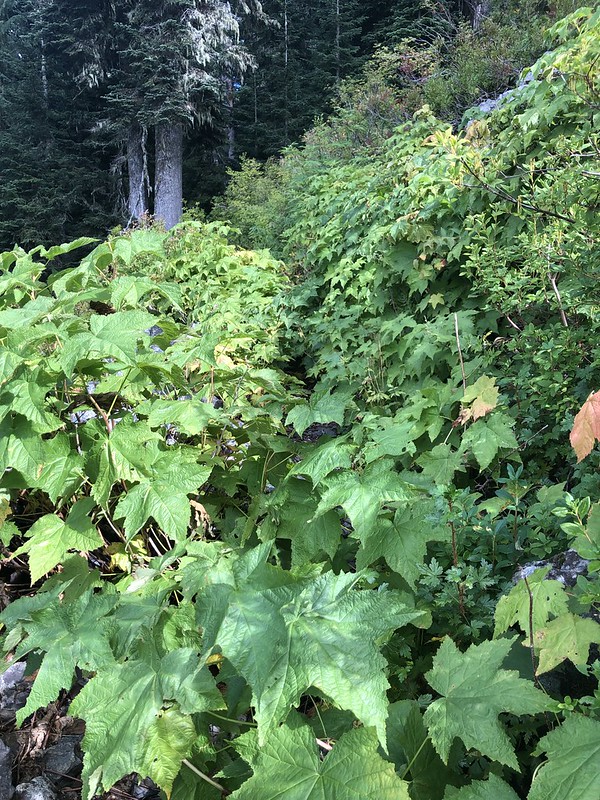 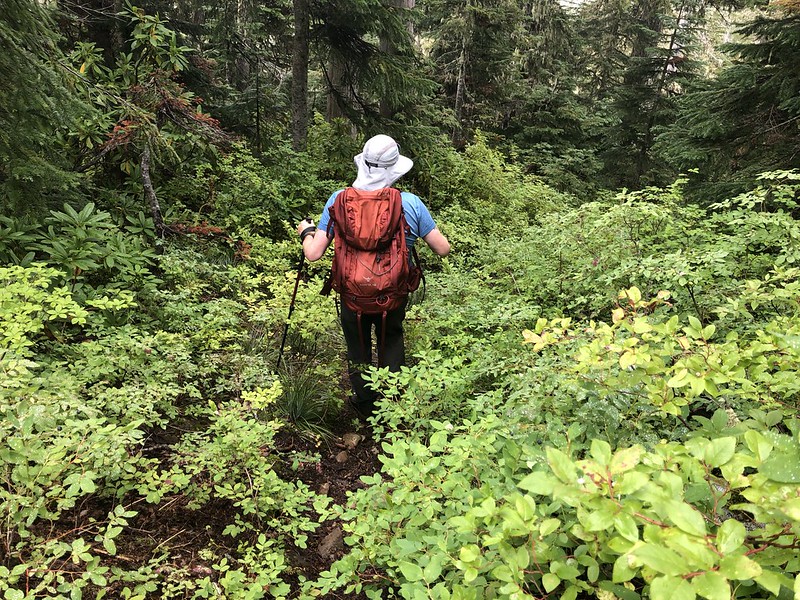 There were spots where someone had brushed out the trail earlier this season, but it must not have been an official trail crew because the cut branches were just left laying on the trail tread: 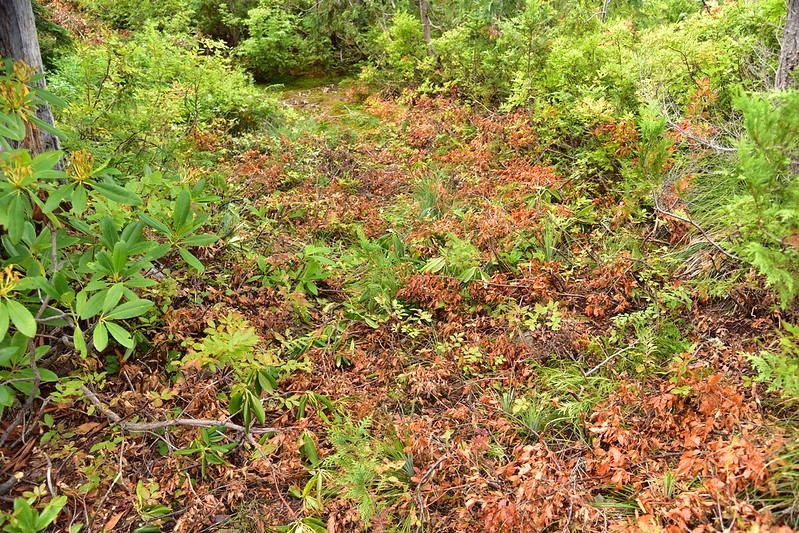 At 1.3 miles we reached a tiny pond which, incredibly enough, has a name: Cedar Lake. This is the point where the French Creek Ridge Trail ends at its junction with the Elkhorn Ridge Trail, which comes up the hill from Road 2207 below and continues on towards Phantom Bridge: 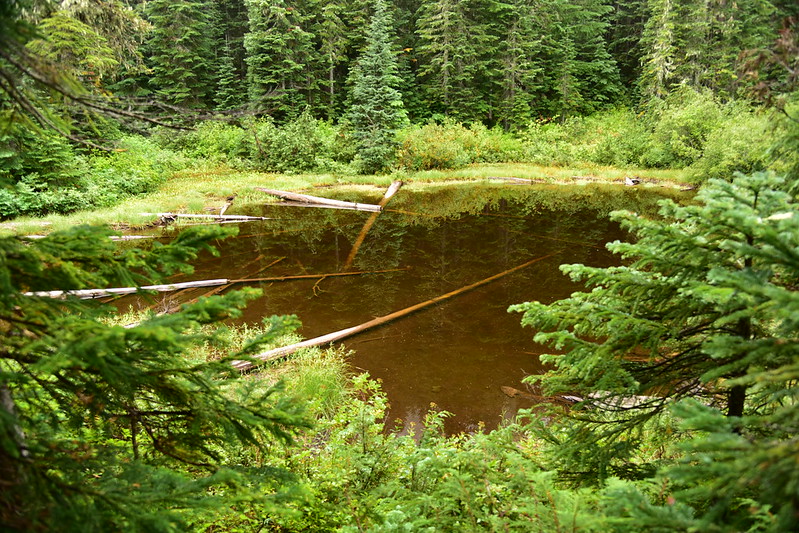 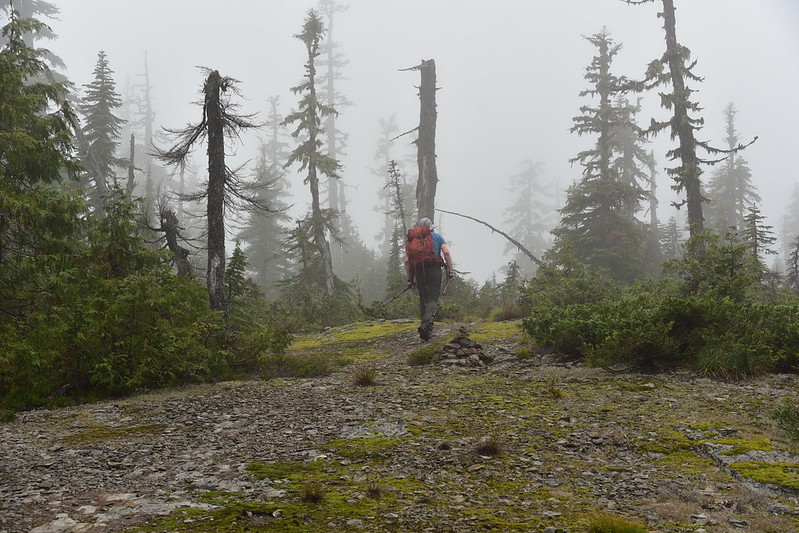 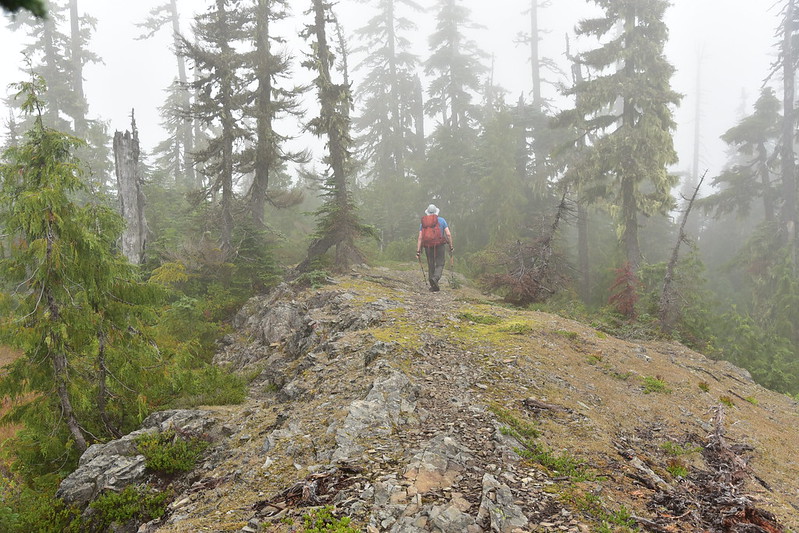 We reached the end of Road 2223. You can drive here, but the road is a reportedly a bit sketchy: 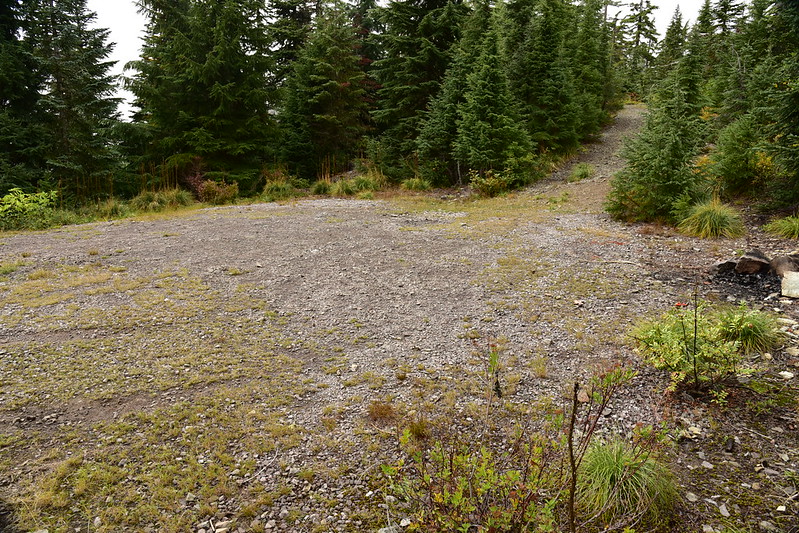 At a point where a big tree has fallen across the trail we turned and scrambled up the slope to our right: 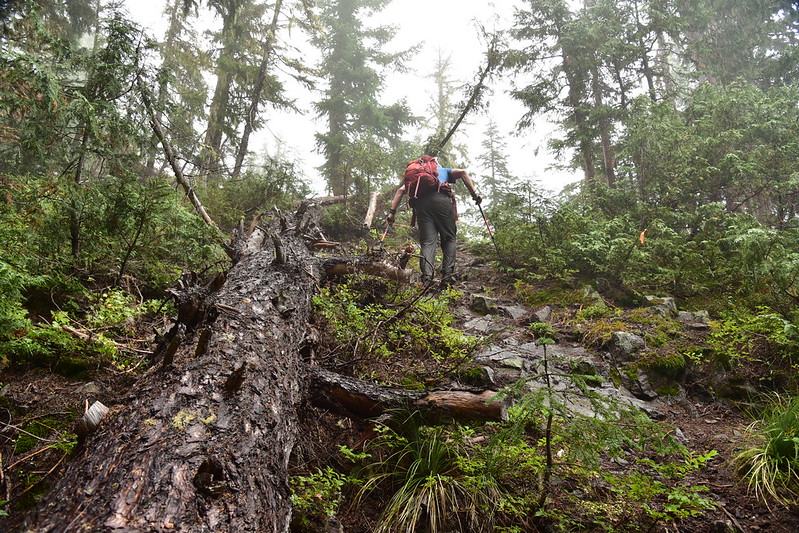 And there is the Phantom Natural Bridge: 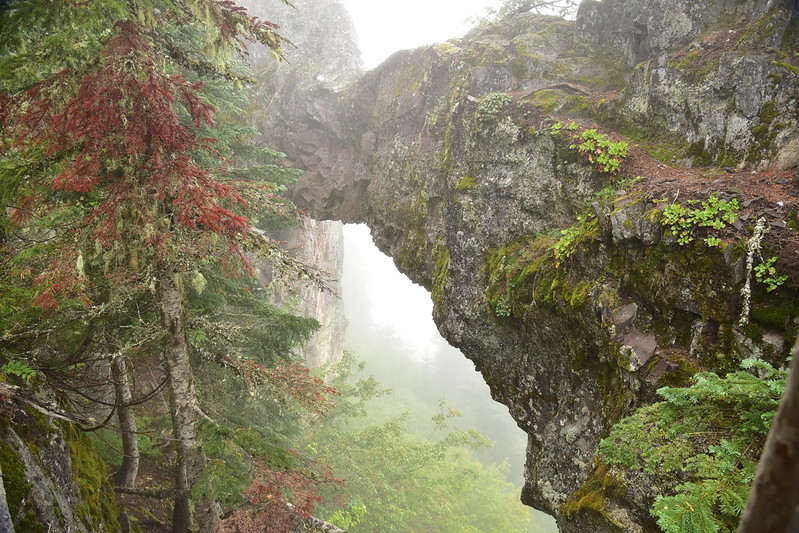 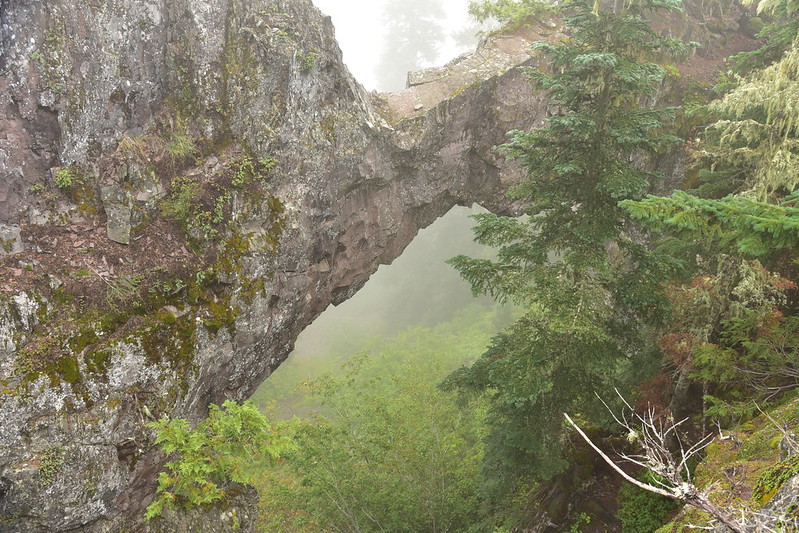 There were some impressive tenacious trees growing on the arch: 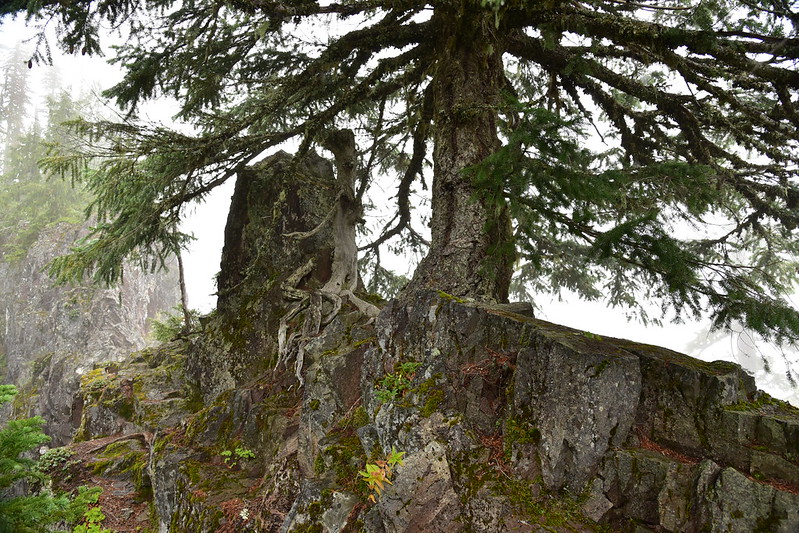 I have no idea if there were good views from here. We certainly couldn’t see anything but clouds: 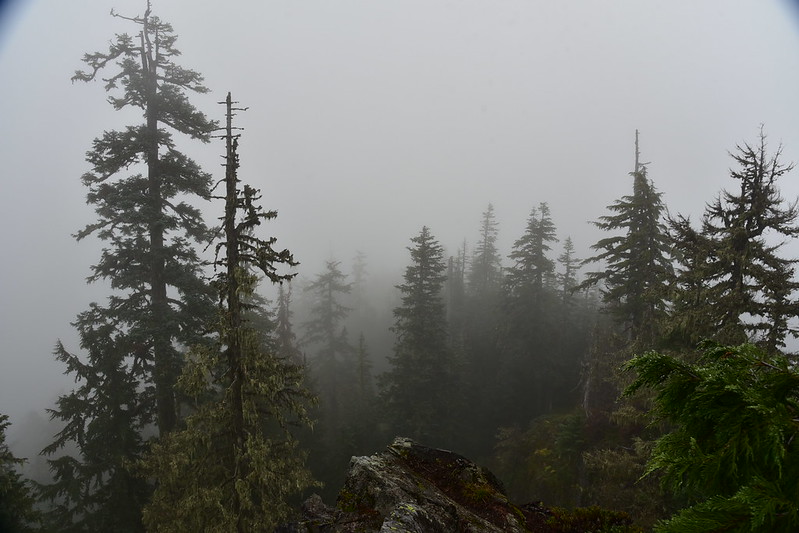 Because we were wet from the vegetation we quickly got chilled sitting at the arch, so we didn’t spend a lot of time there. We tried to find the geocache but no luck. On the hike back out the clouds finally started clearing up a bit and we could see Dome Rock: 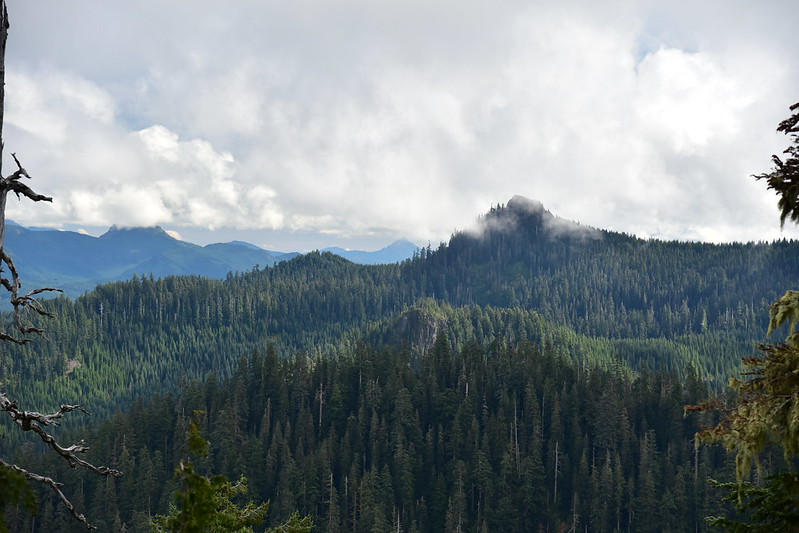 Greg was tired of getting wet from the brush so when we reached the junction he chose to take the trail down to the road and road-hike back to the car. I stayed on the trail. On the way in we had passed a rocky prominence that we figured had good views, but it was too cloudy so we didn’t check it out. On the way back I did: 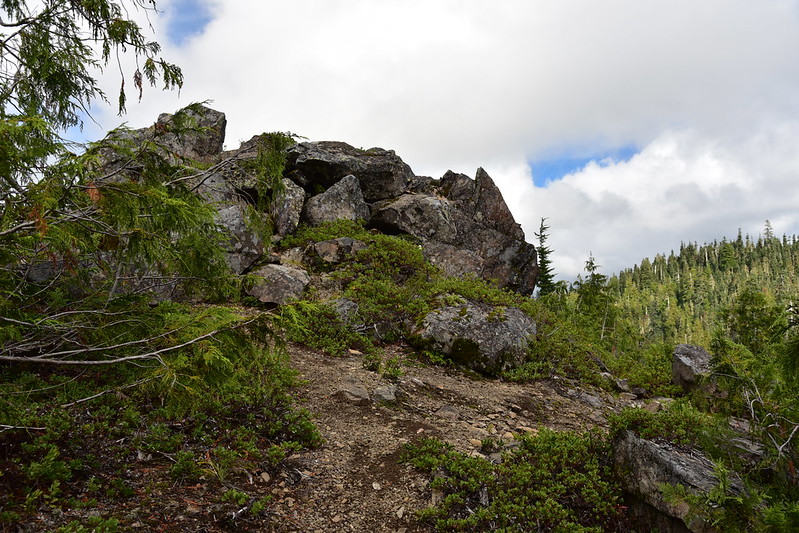 I could see Opal Lake below to the north: 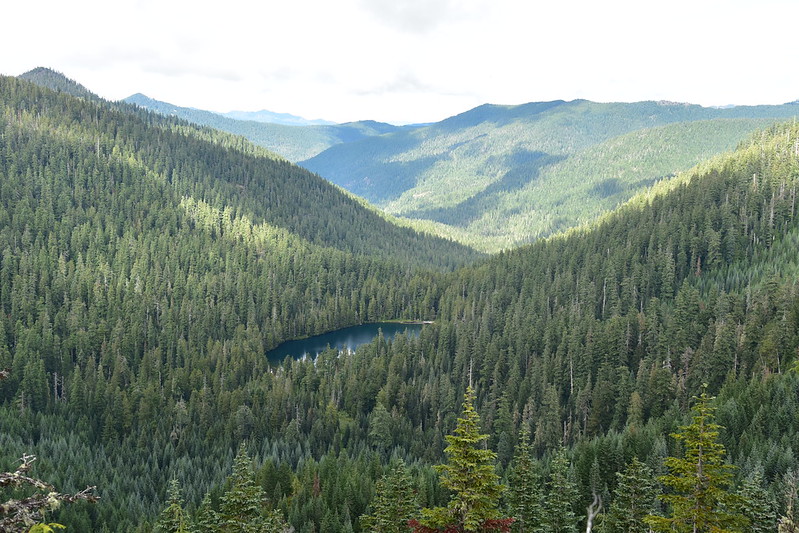 Dog Tooth Rock on the left and the base of Mt. Jefferson to its right (the rest was in the clouds): 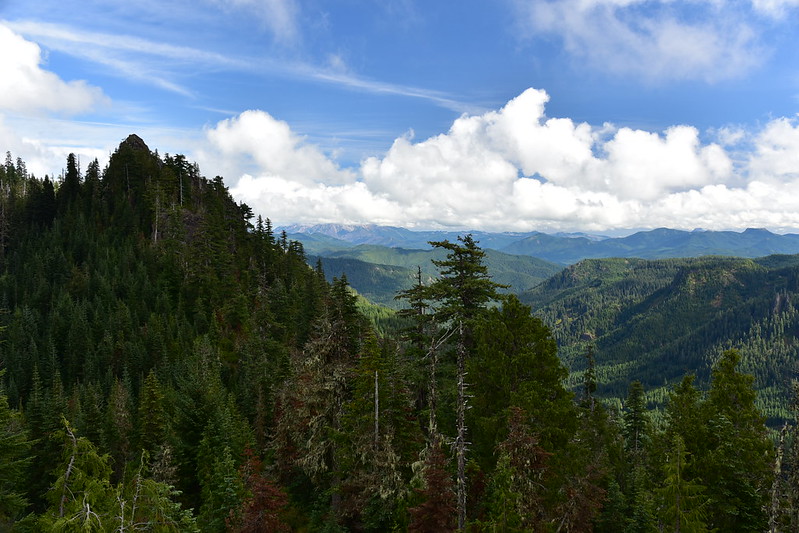 A closer look at Jefferson’s base: 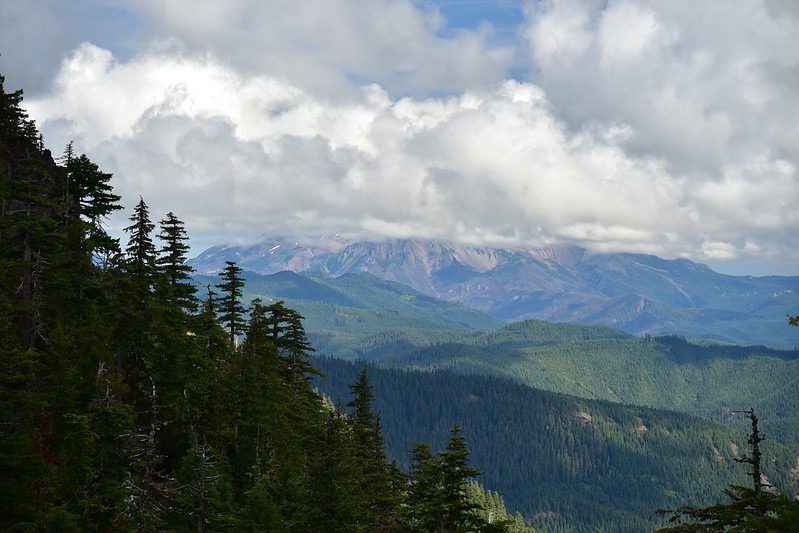 Dome Rock on the right: 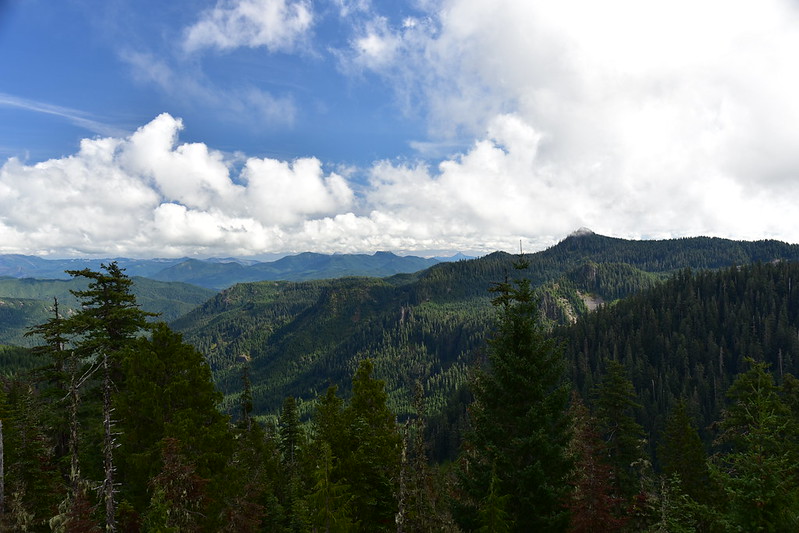 Battle Ax Mountain, which we would be hiking the next day: 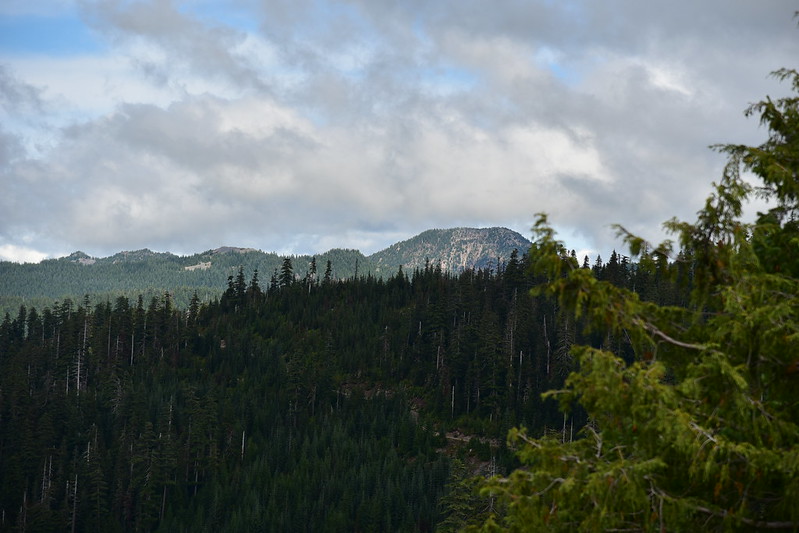 Looking northwest up the valley of Cedar Creek. You can see a snippet of Road 2207: 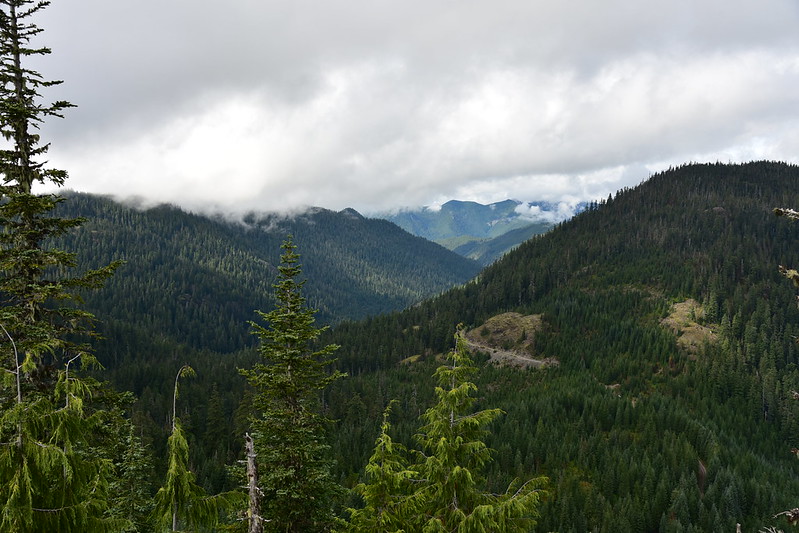 Panorama to the north:

Greg got back to the trailhead less than five minutes after I did. 4.6 miles and 976′ elevation gain according to Gaia. On to Gold Butte!