On New Year’s Even Greg and I snowshoed up Tumalo Mountain and were treated to some nice views! 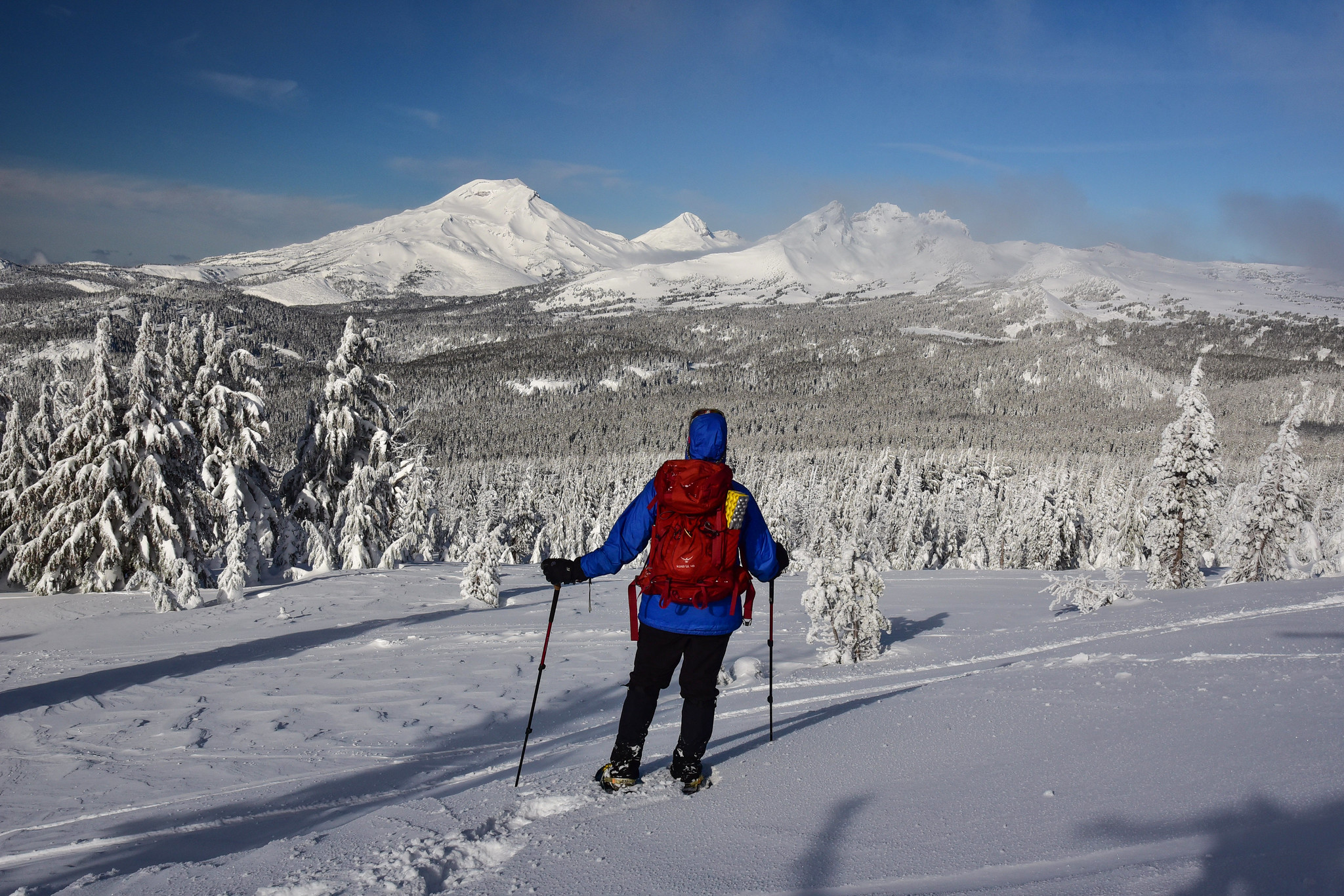 Once again we started off the morning with breakfast at Sparrow Bakery: 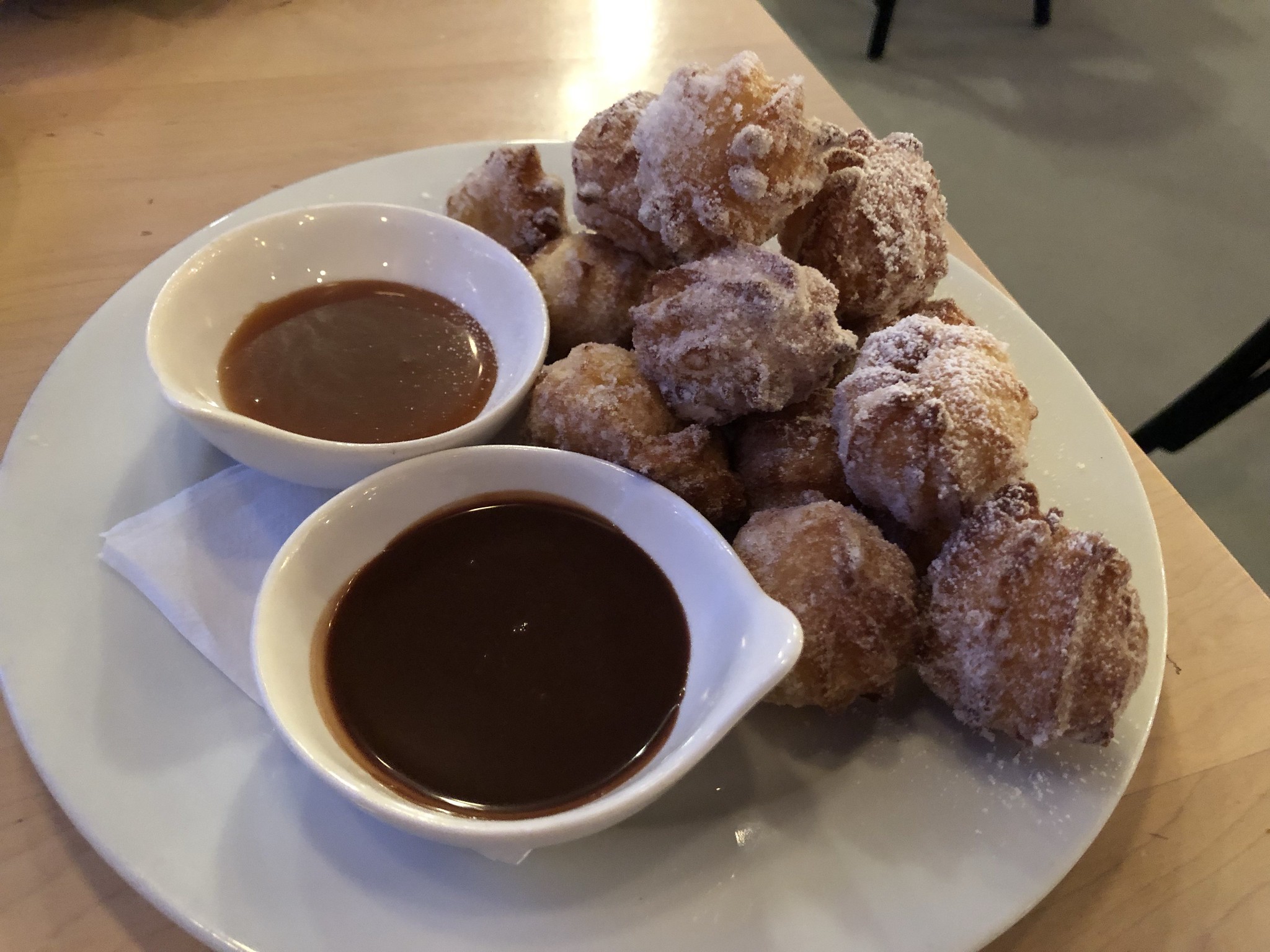 Dutchman Flat Sno-Park doesn’t have anywhere near enough parking available. Even though we arrived at 8:20am we got one of the last parking spots: 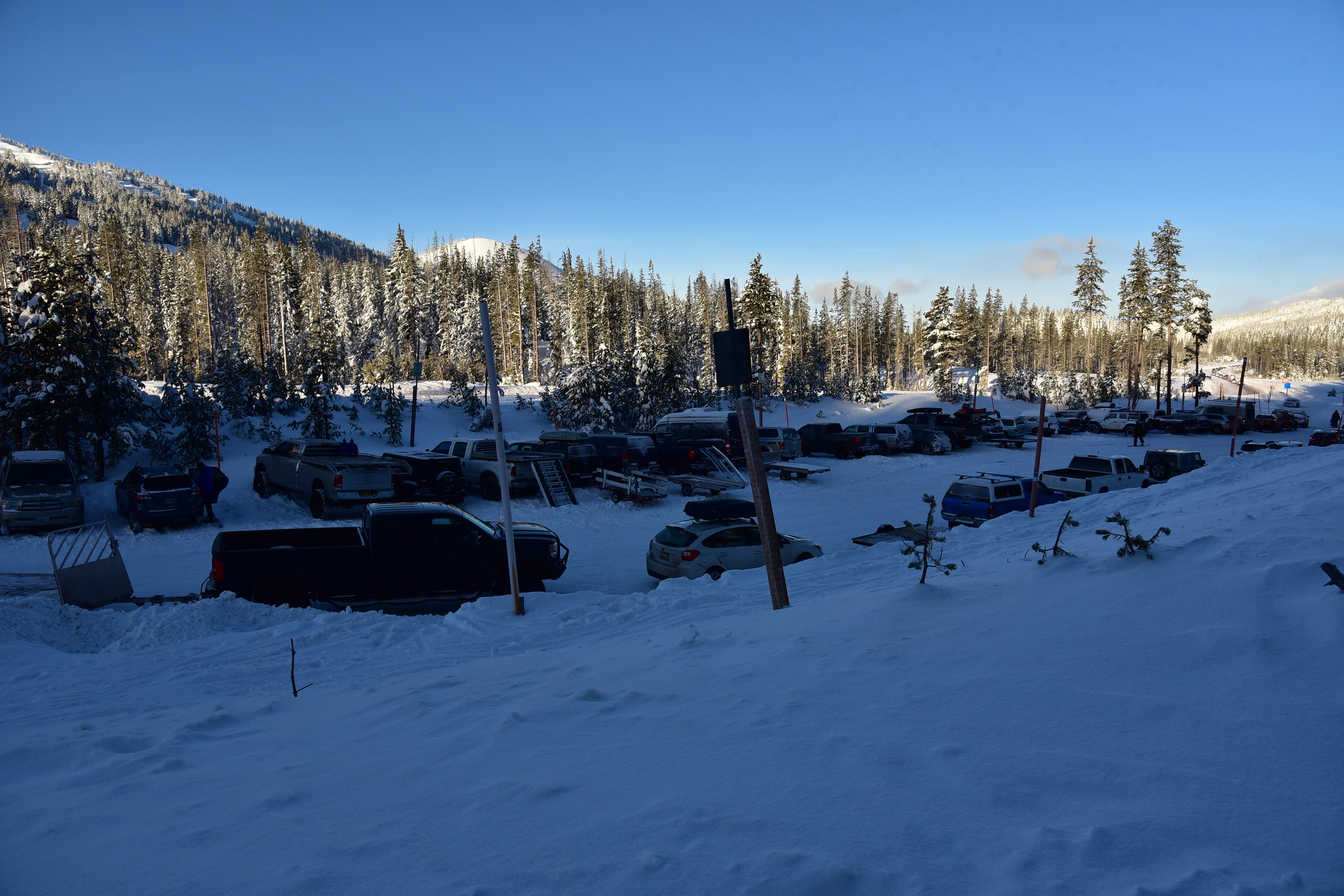 Mt. Bachelor was hiding in the clouds: 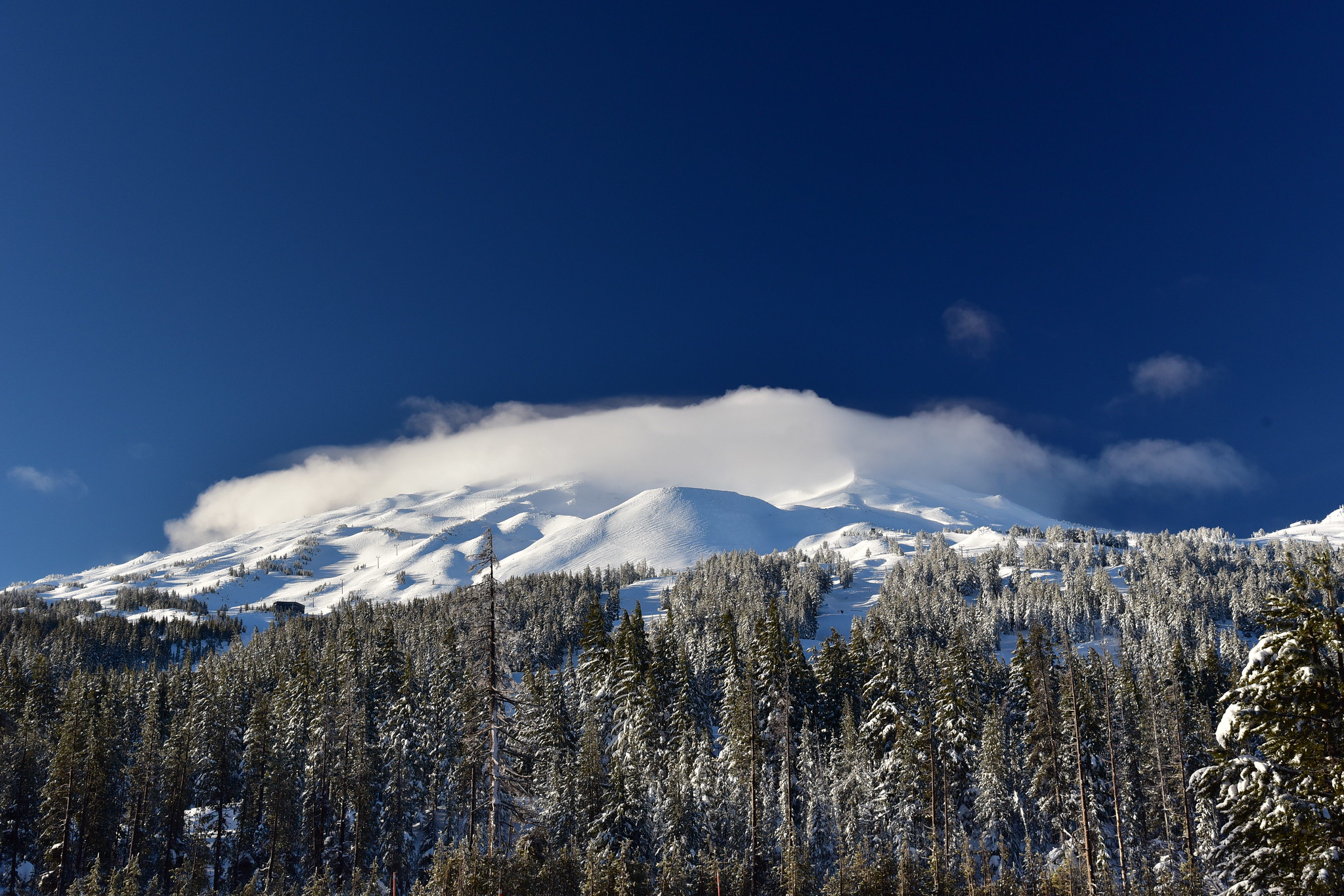 So was South Sister: 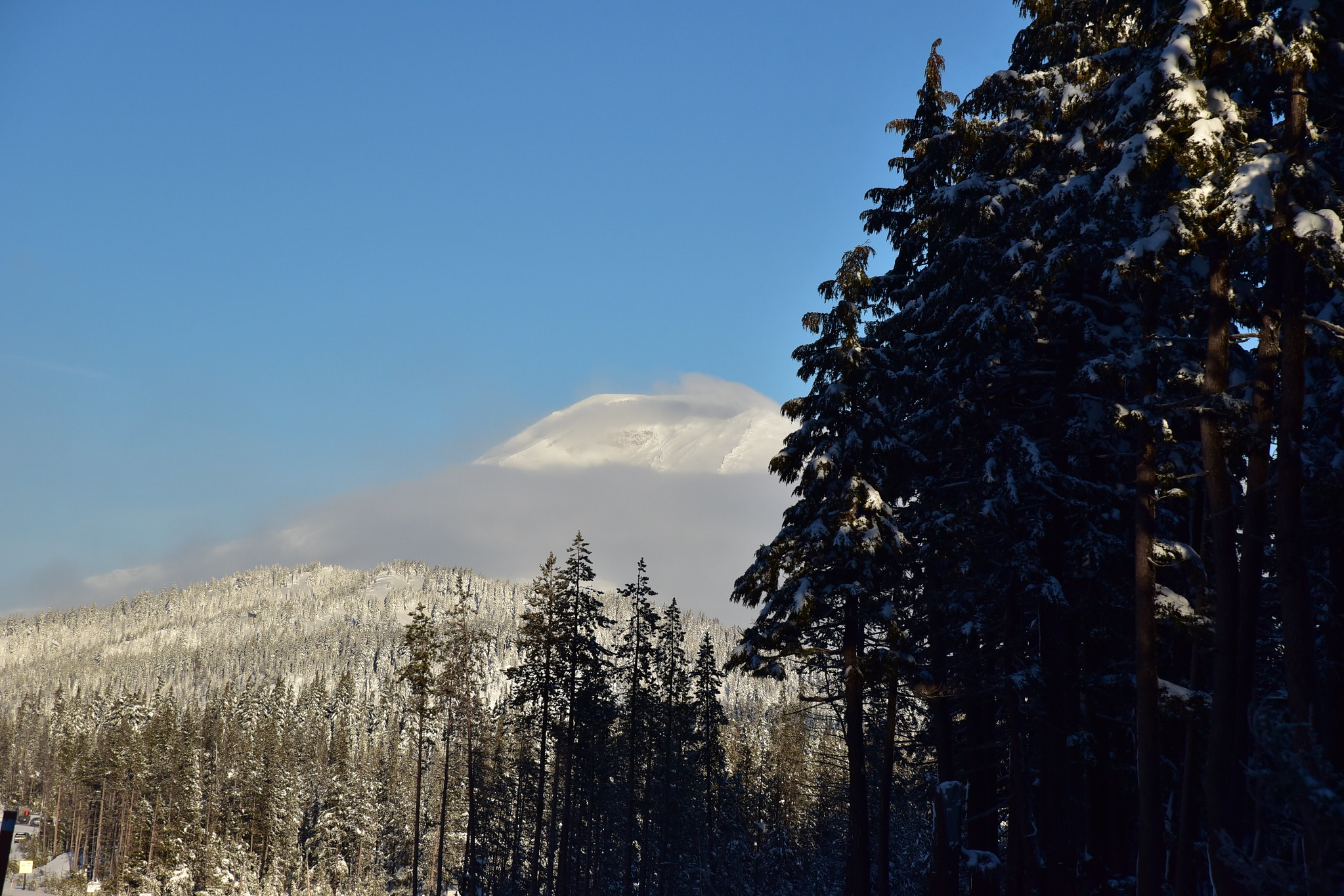 The trail heads straight up the mountain from the sno-park: 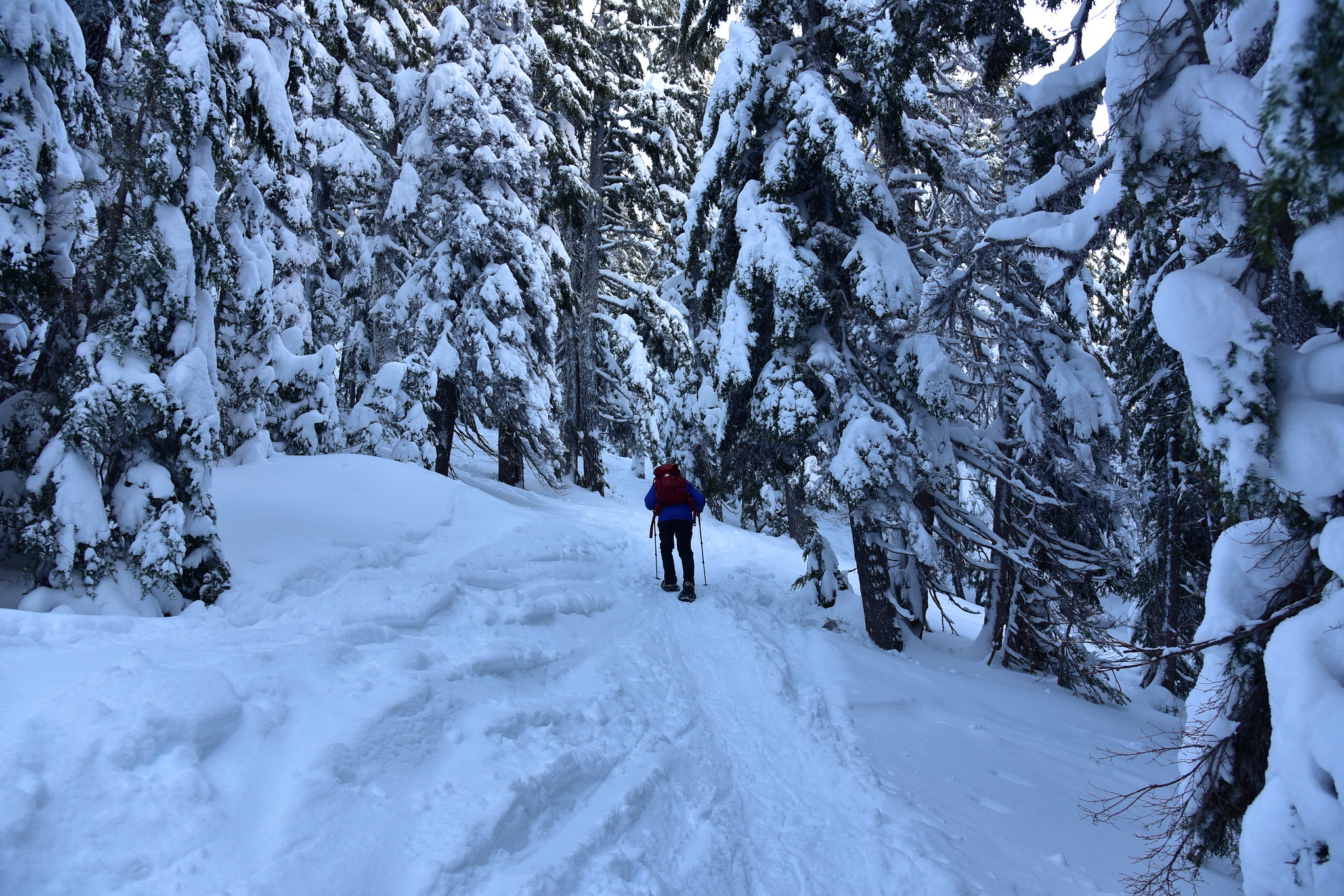 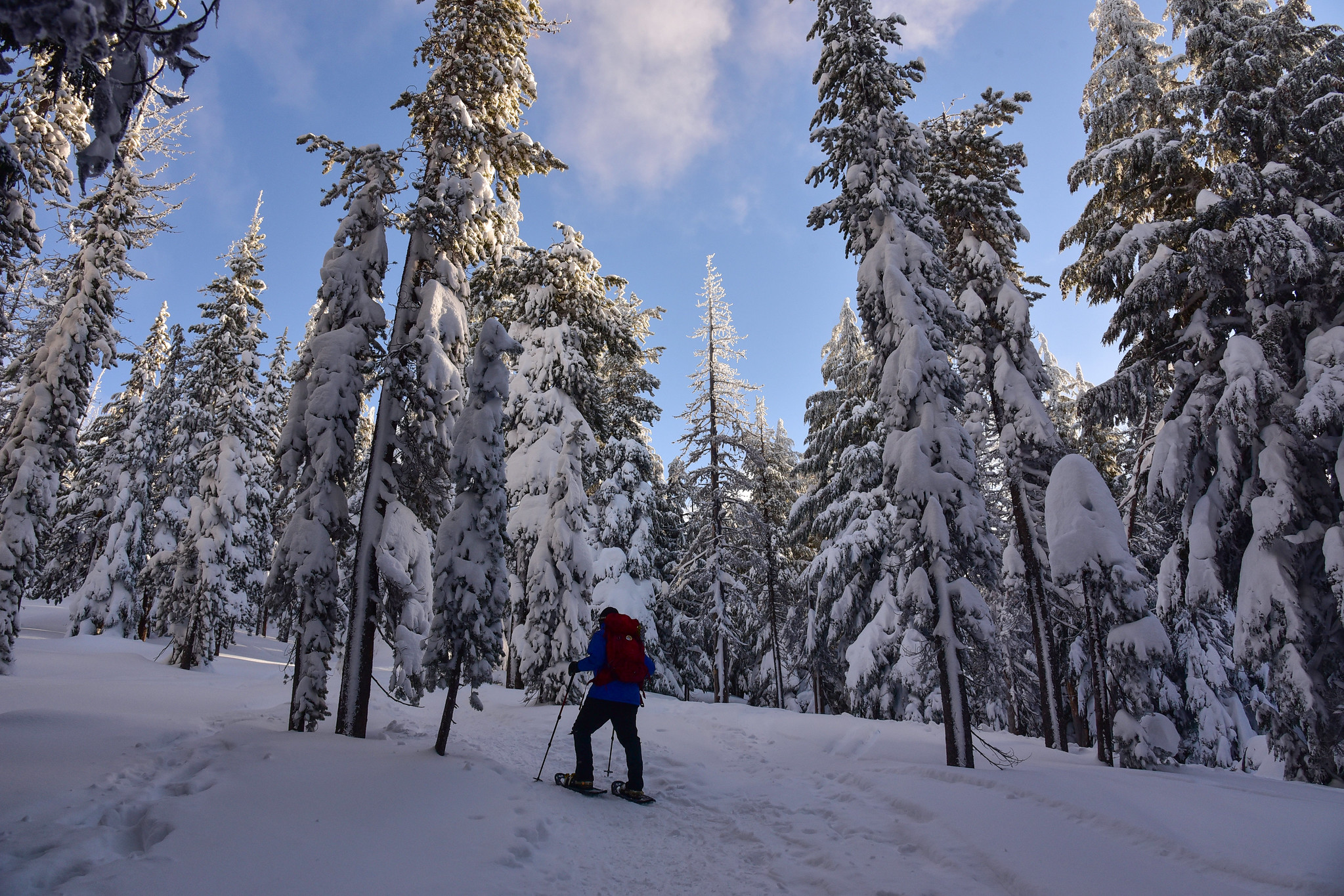 The temps were in the teens, so the snow and ice on the trees stayed where it was instead of melting off and it was quite beautiful: 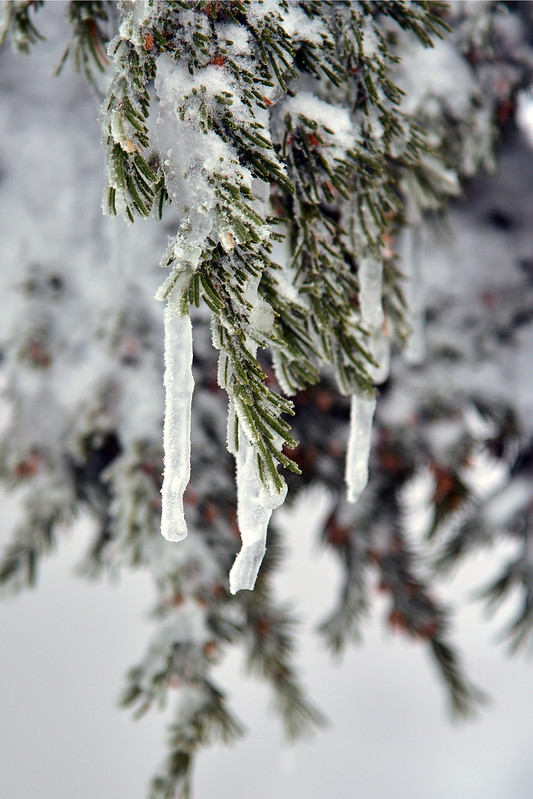 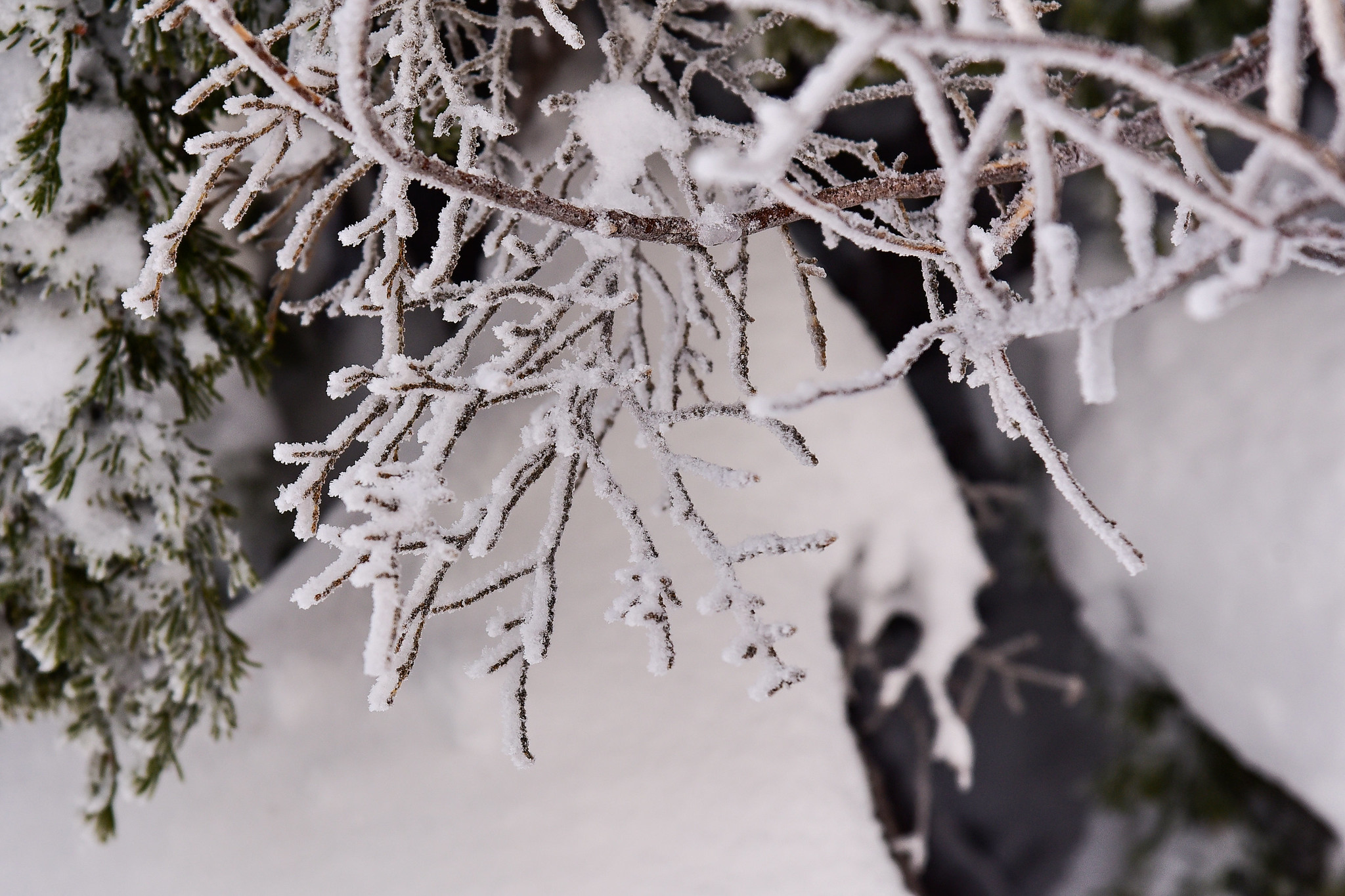 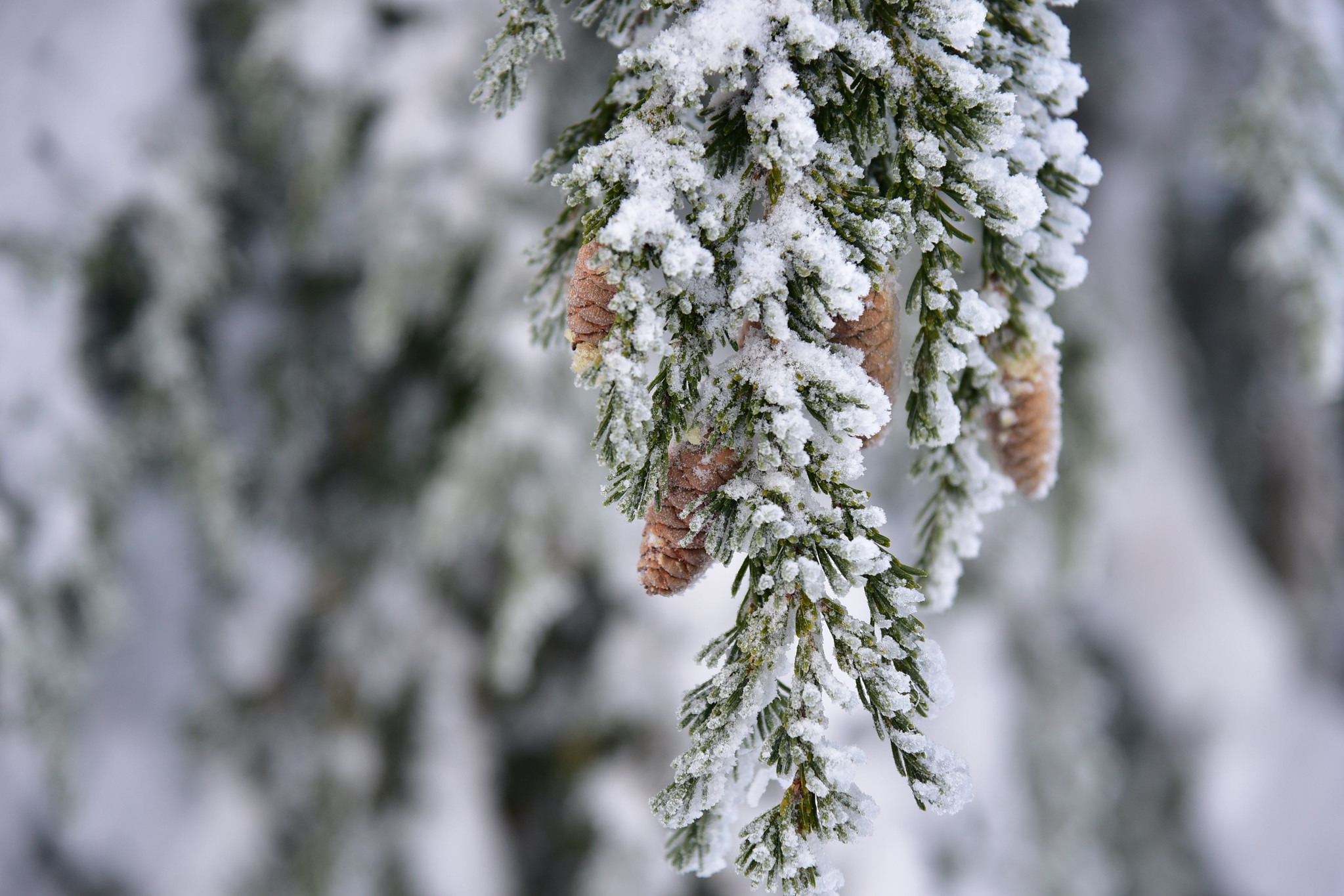 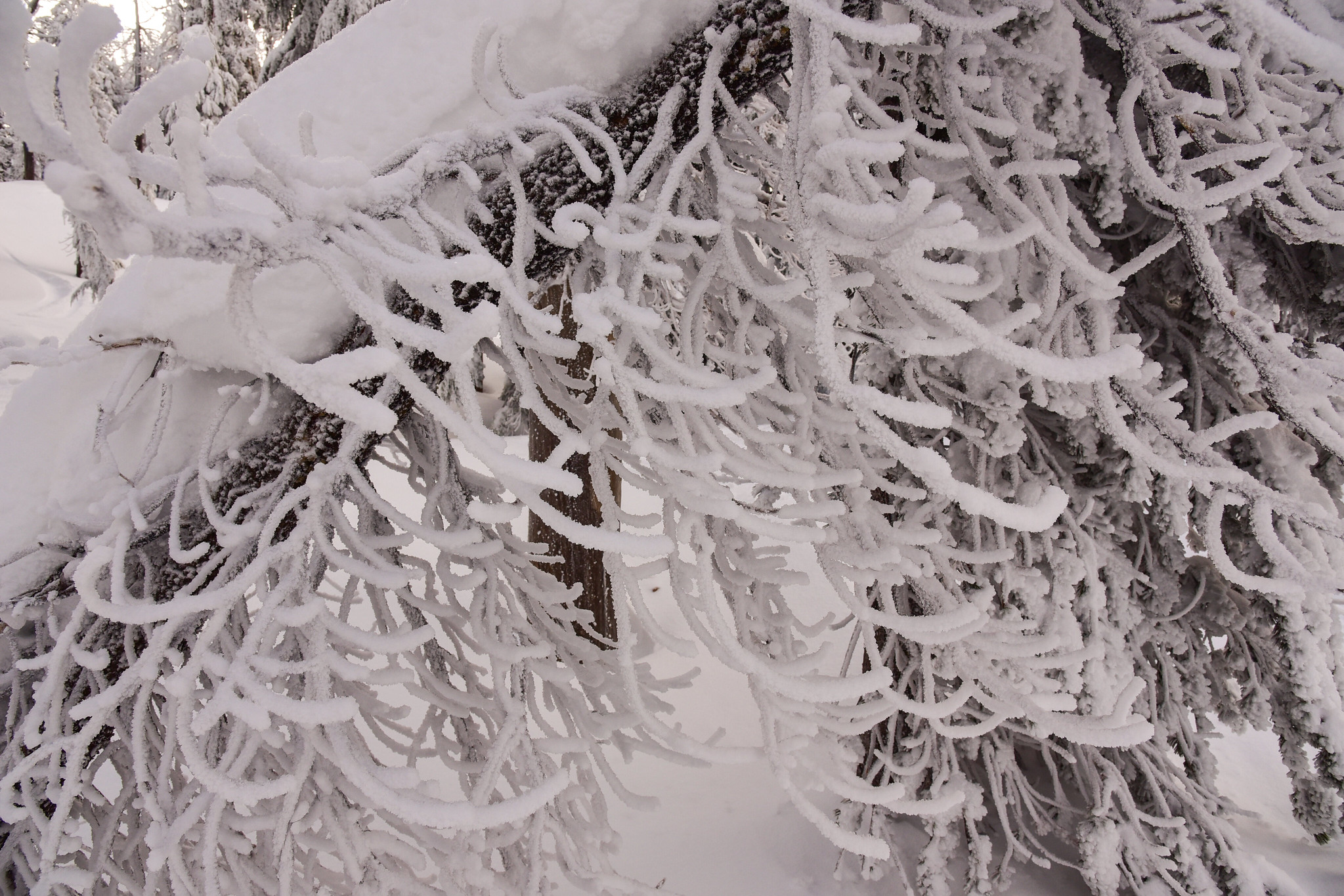 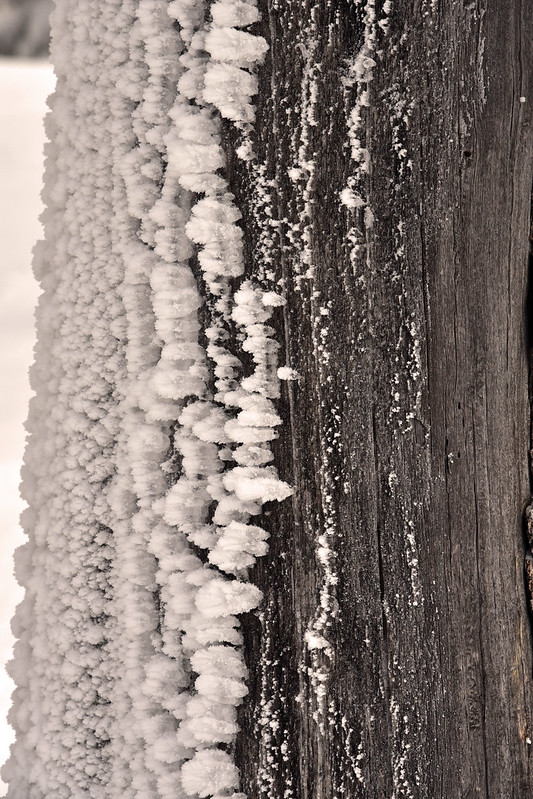 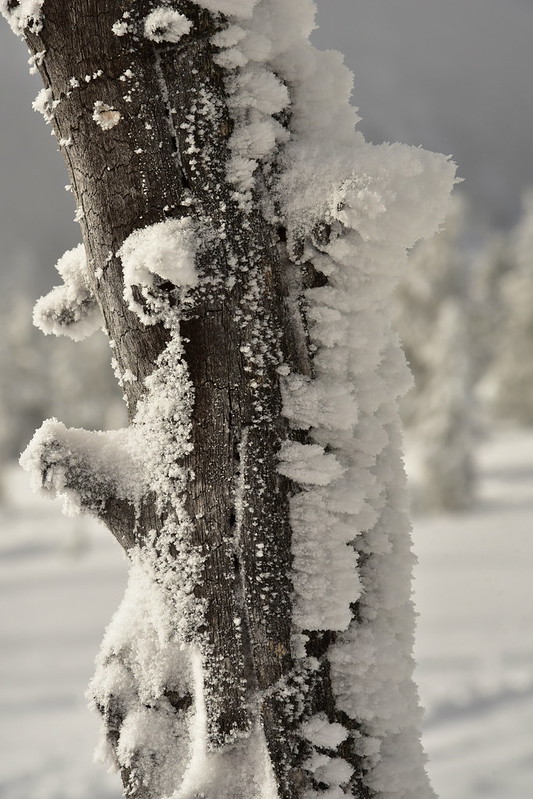 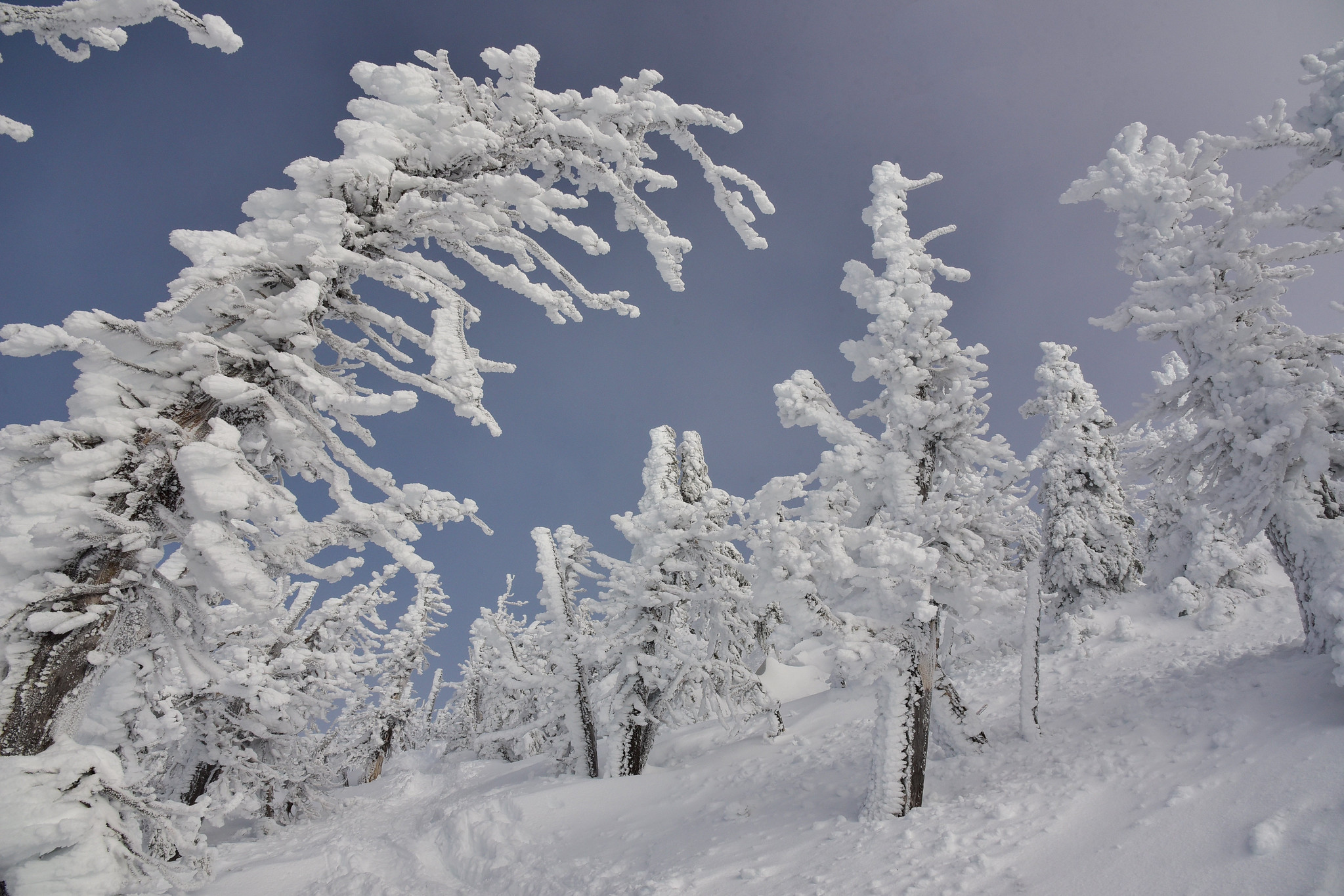 We had some blue sky at the start: 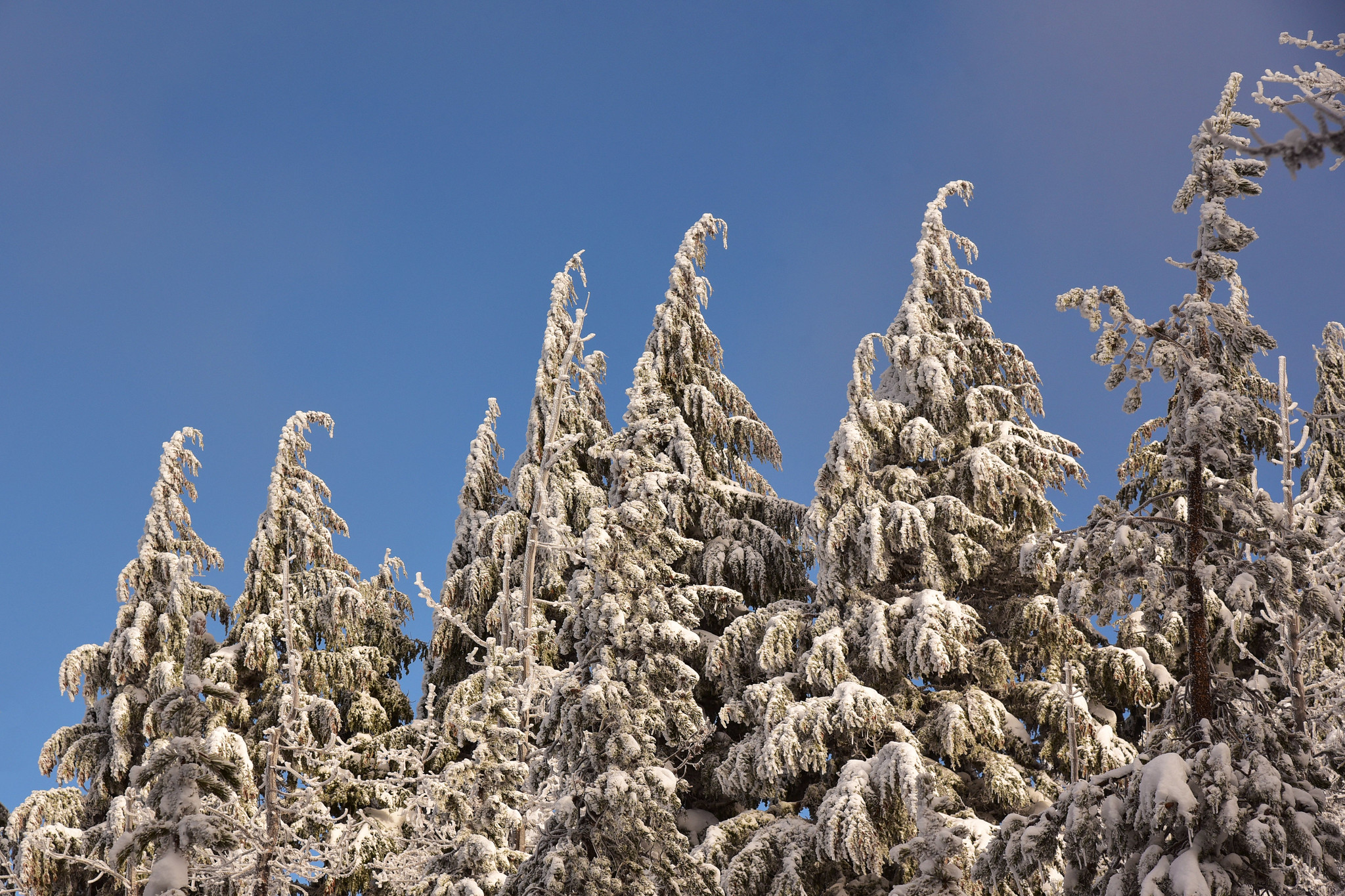 But as we got higher, we encountered a lot more clouds: 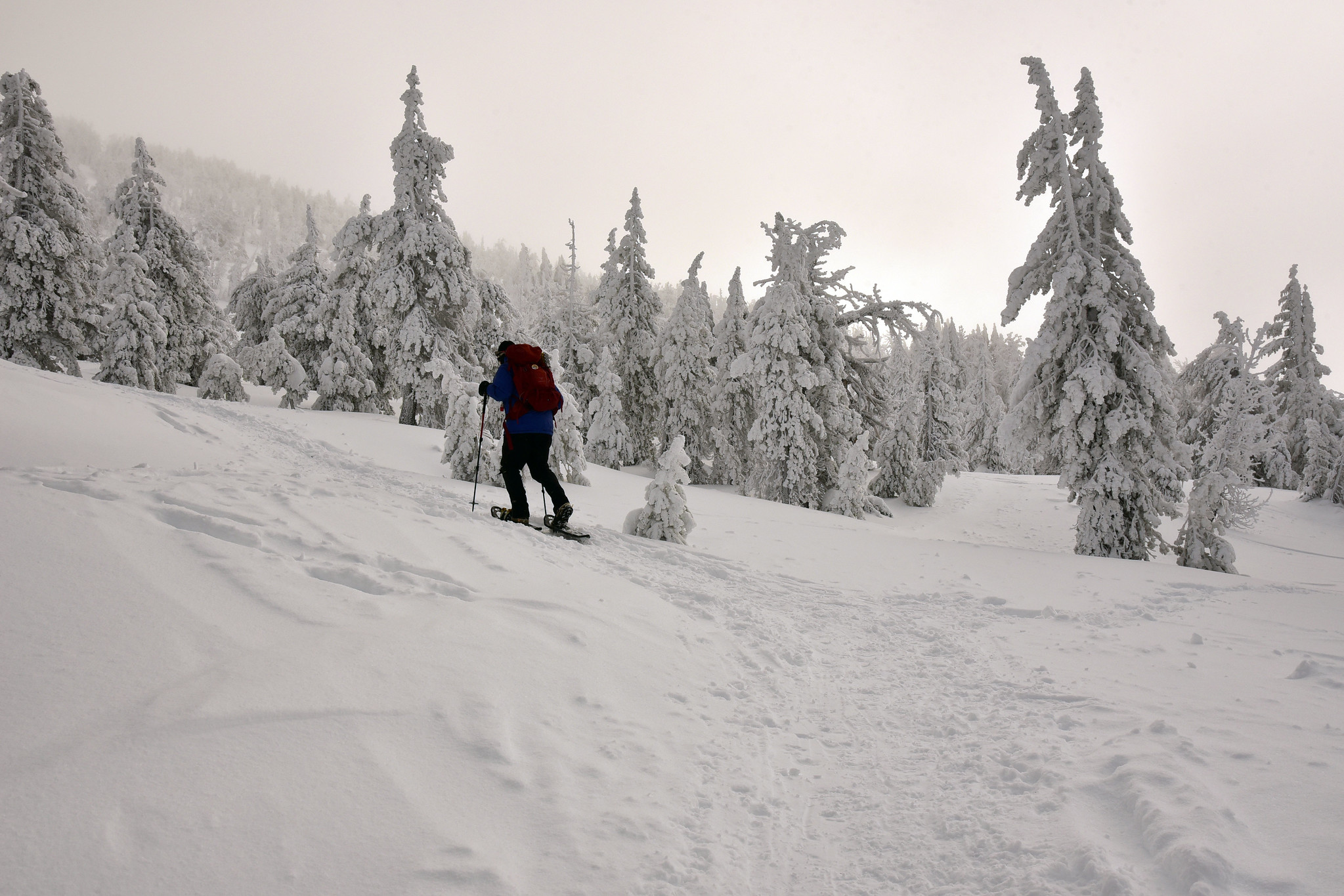 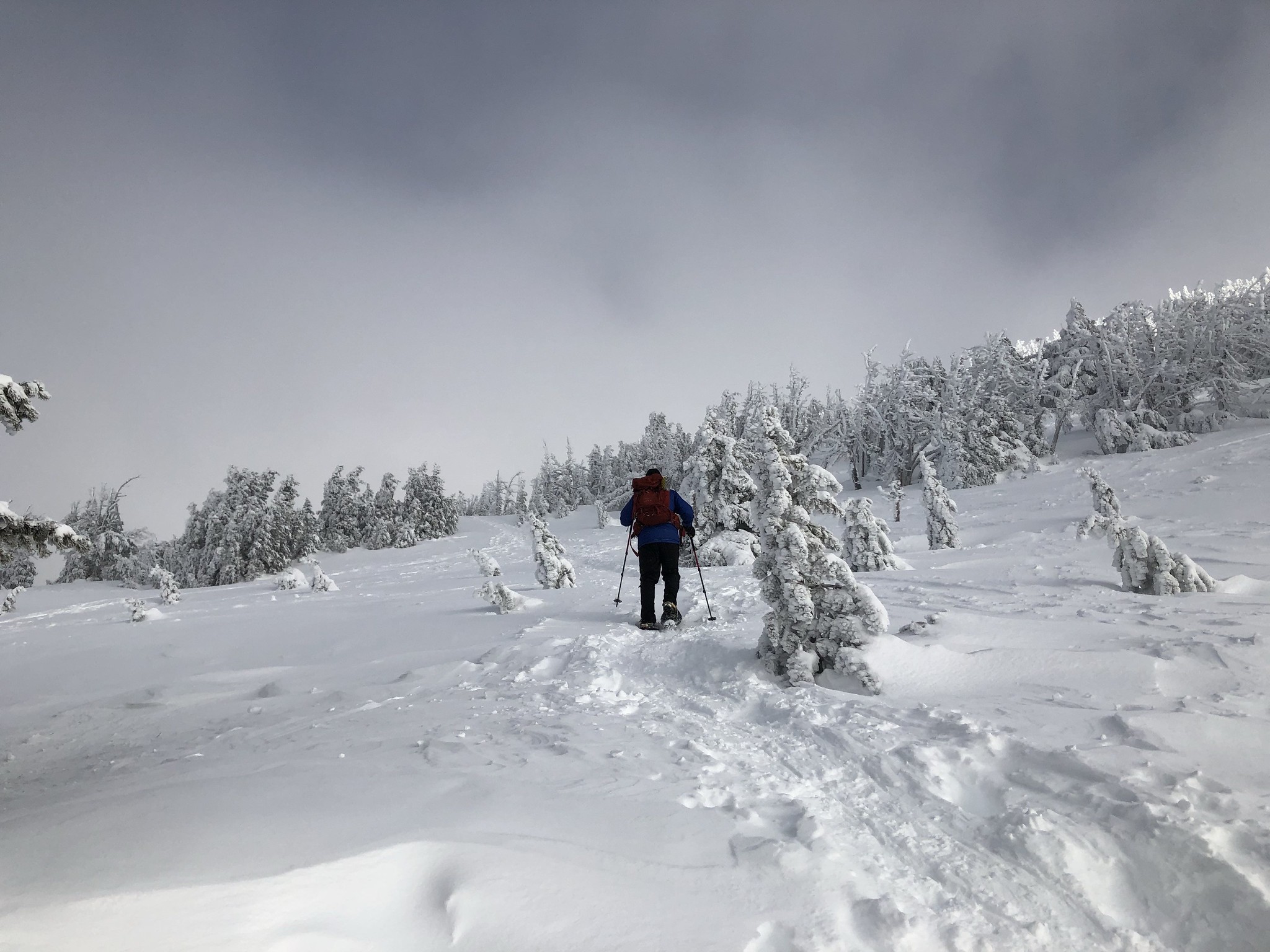 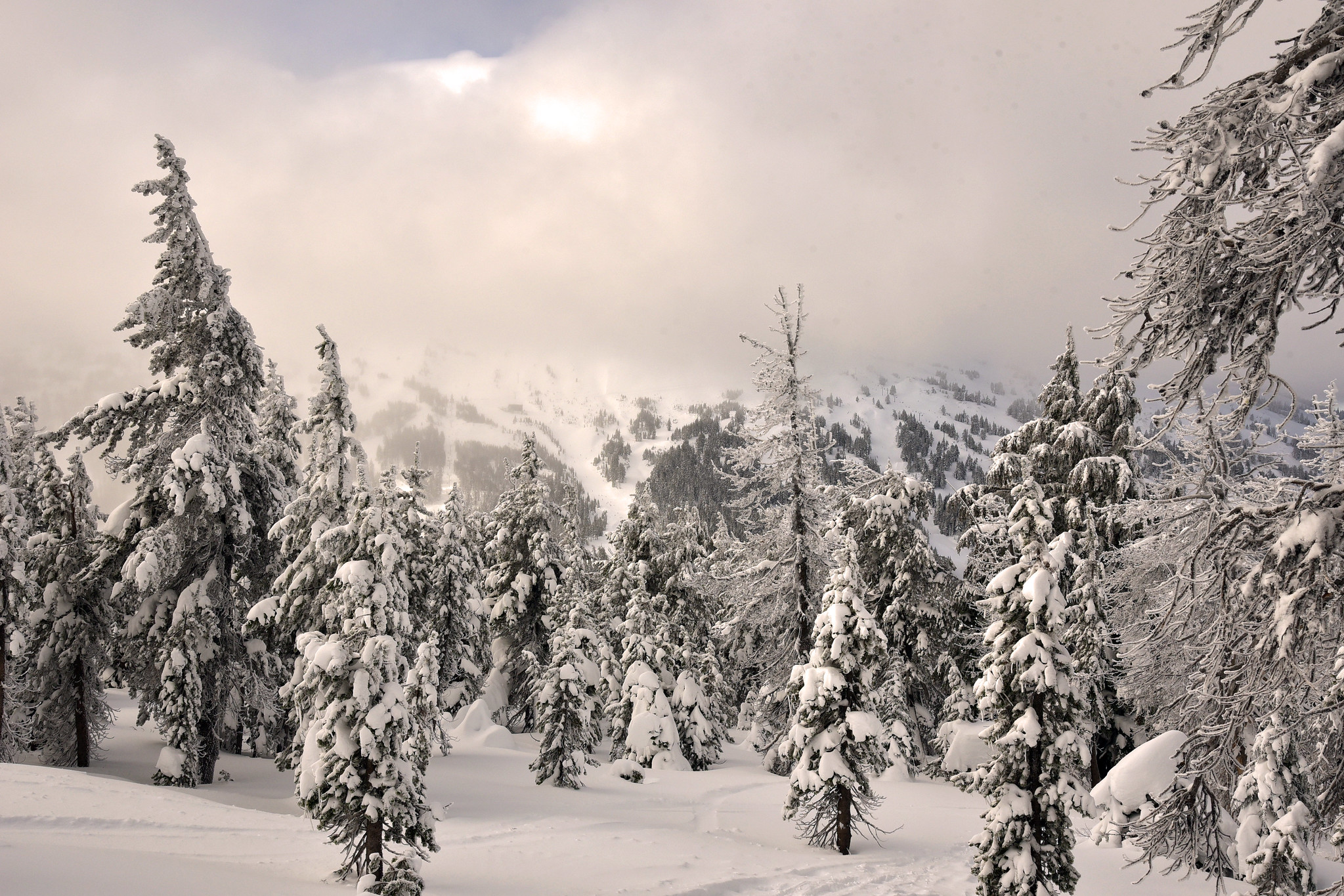 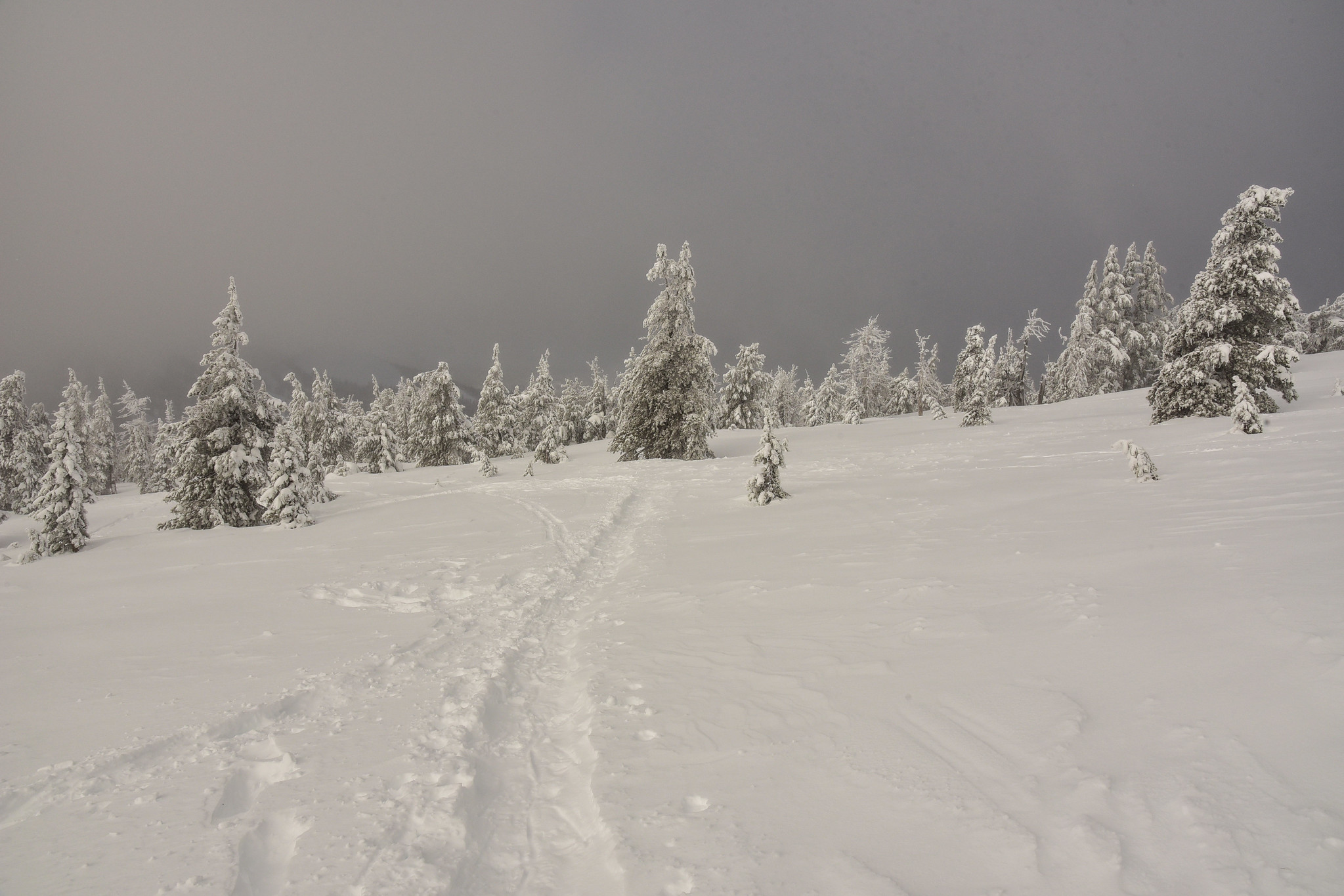 The clouds swirled around us and occasionally we got glimpses beyond our mountain: 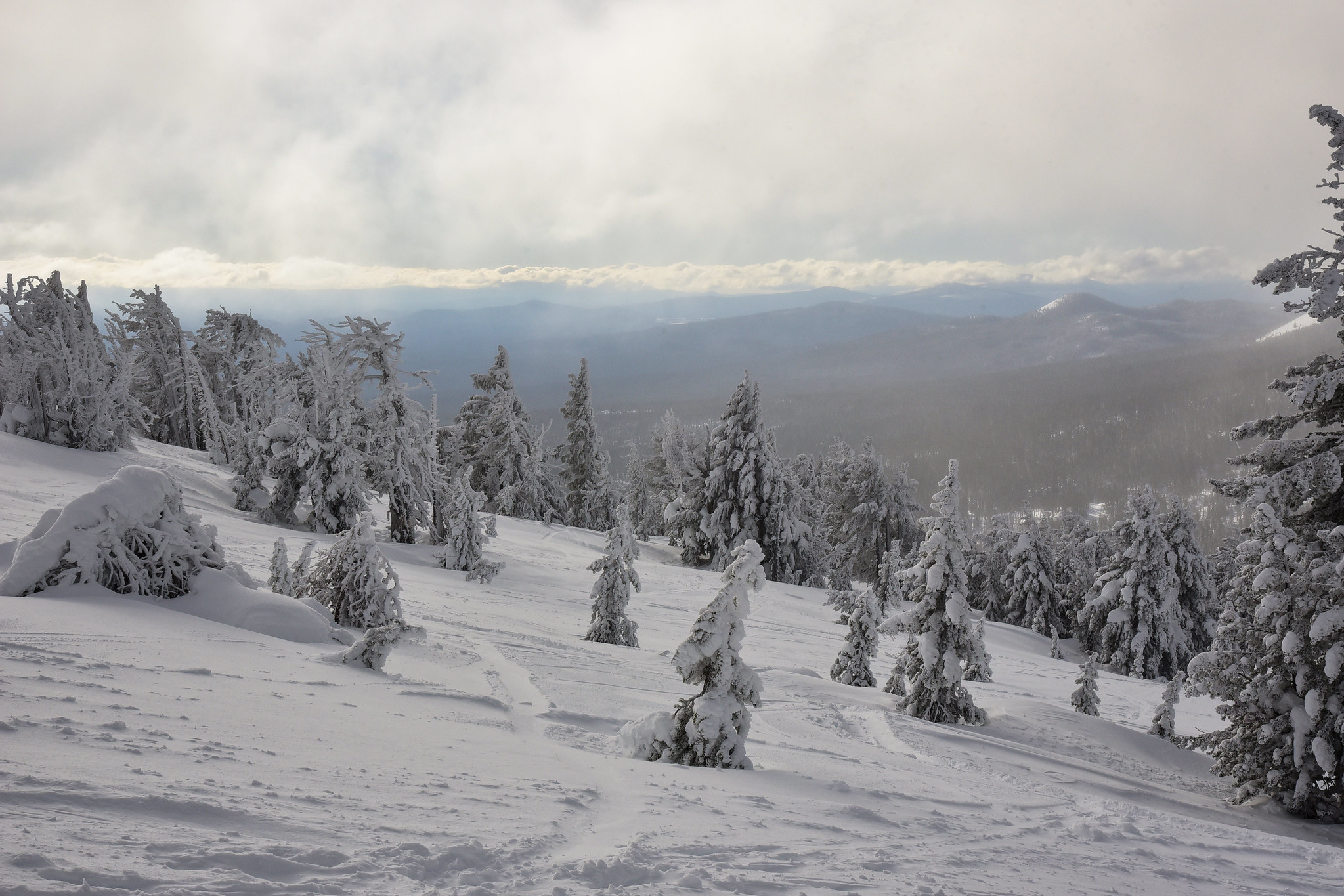 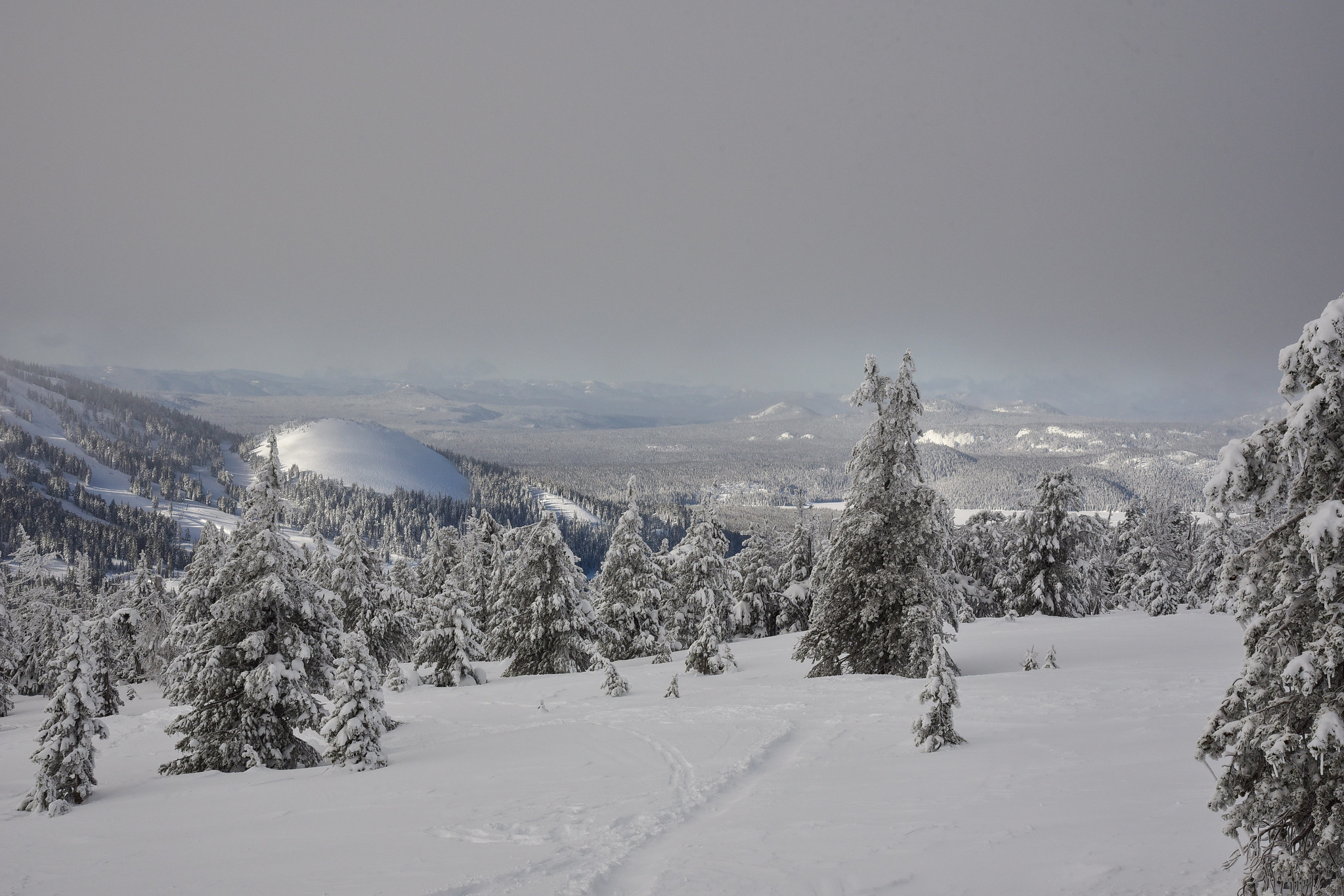 But when we got to the top of Tumalo Mountain we had no views. The snow was sculpted by the wind that blasted the summit area: 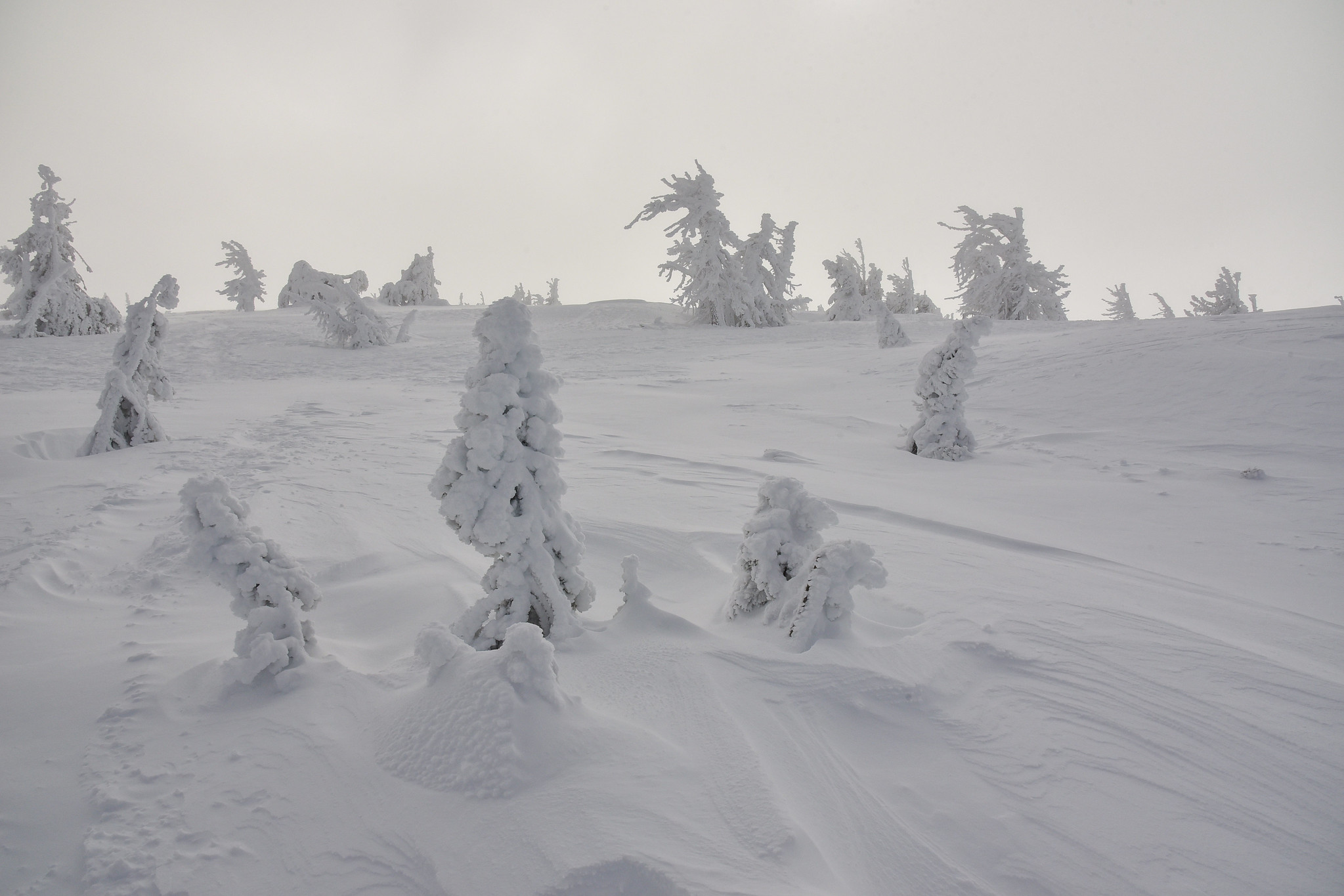 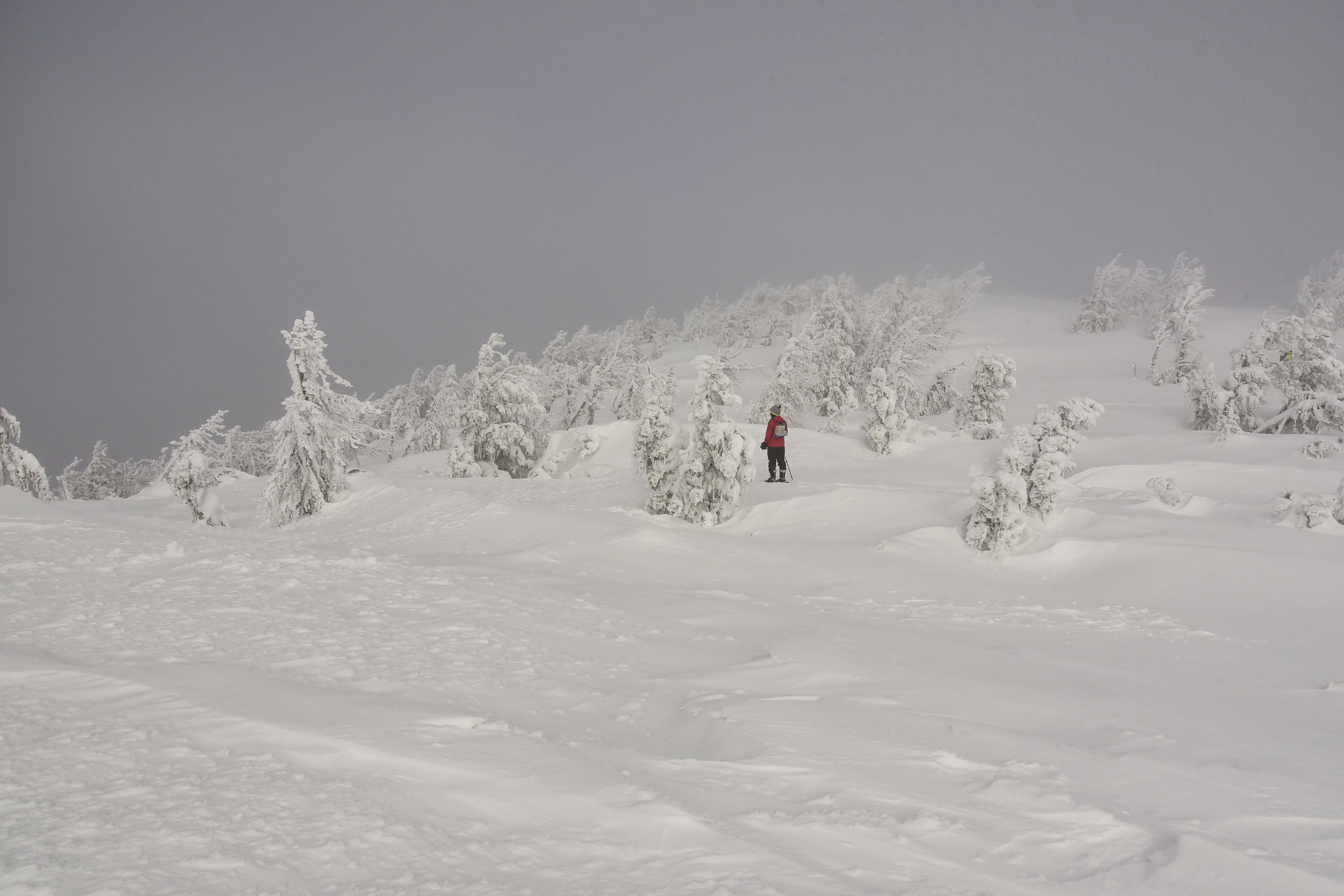 Due to the lack of views and the cold wind we didn’t linger up there and started heading back down: 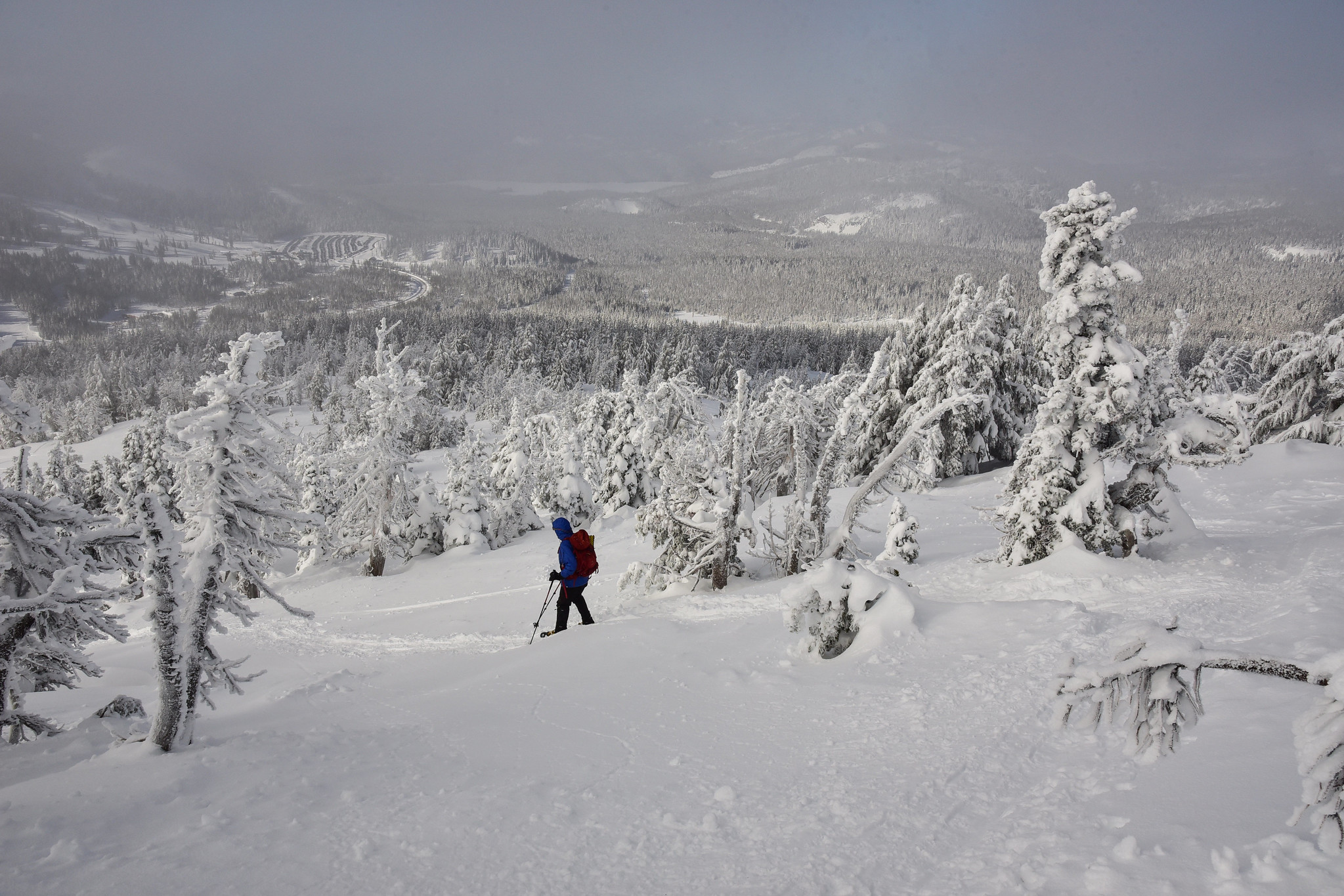 Fortunately, the clouds started clearing out while we were still in the open area up top and we did end up getting some views. Mt. Bachelor: 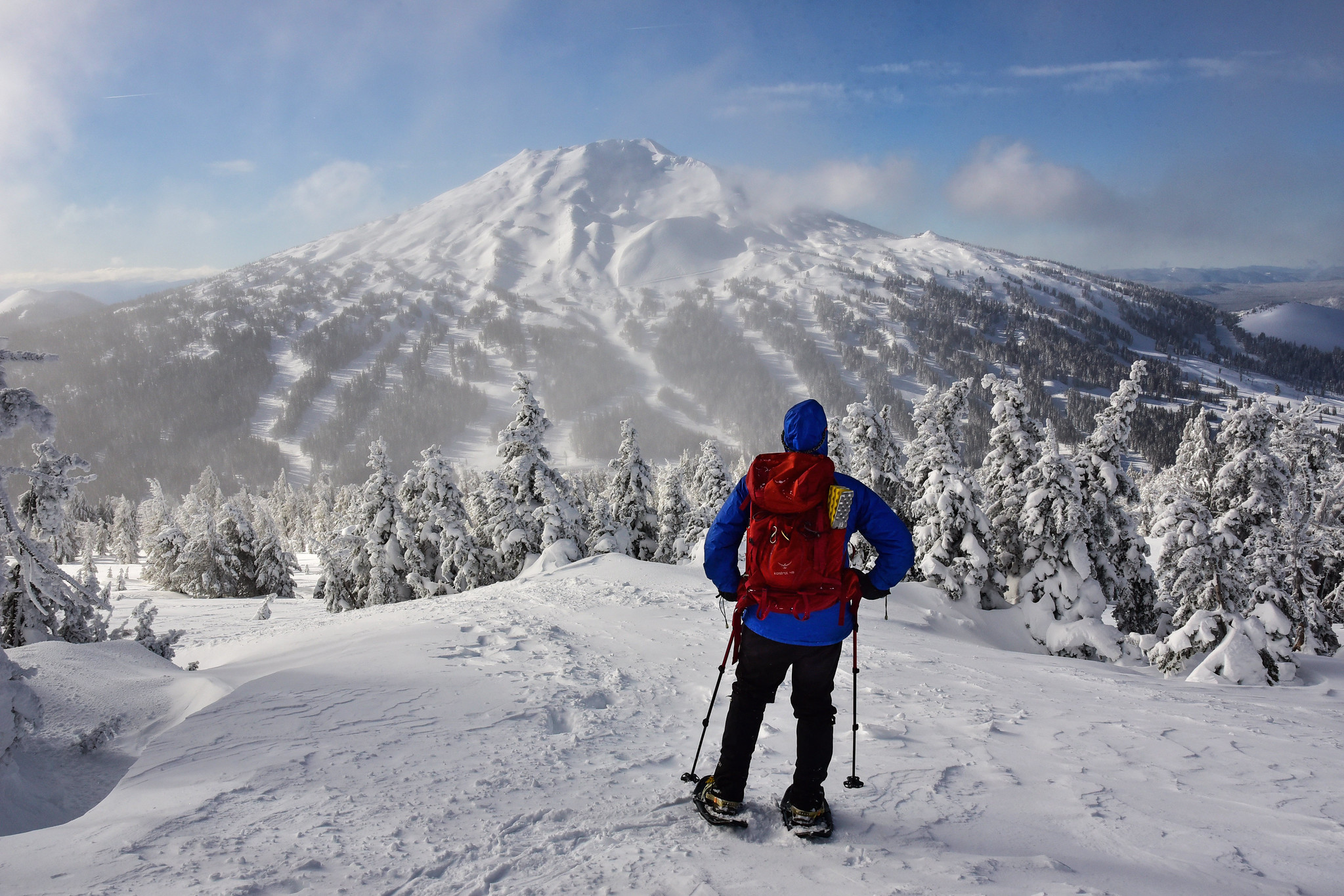 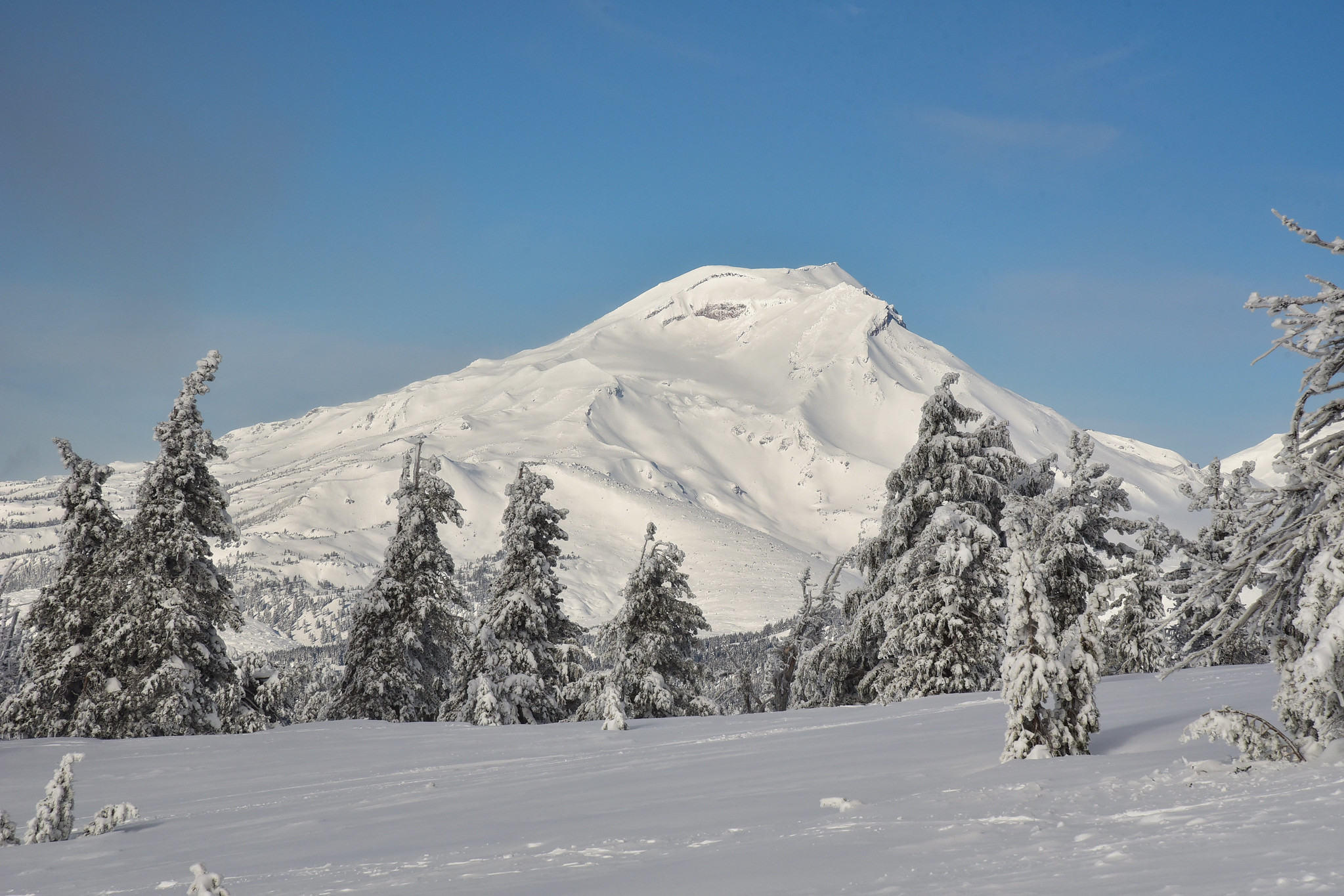 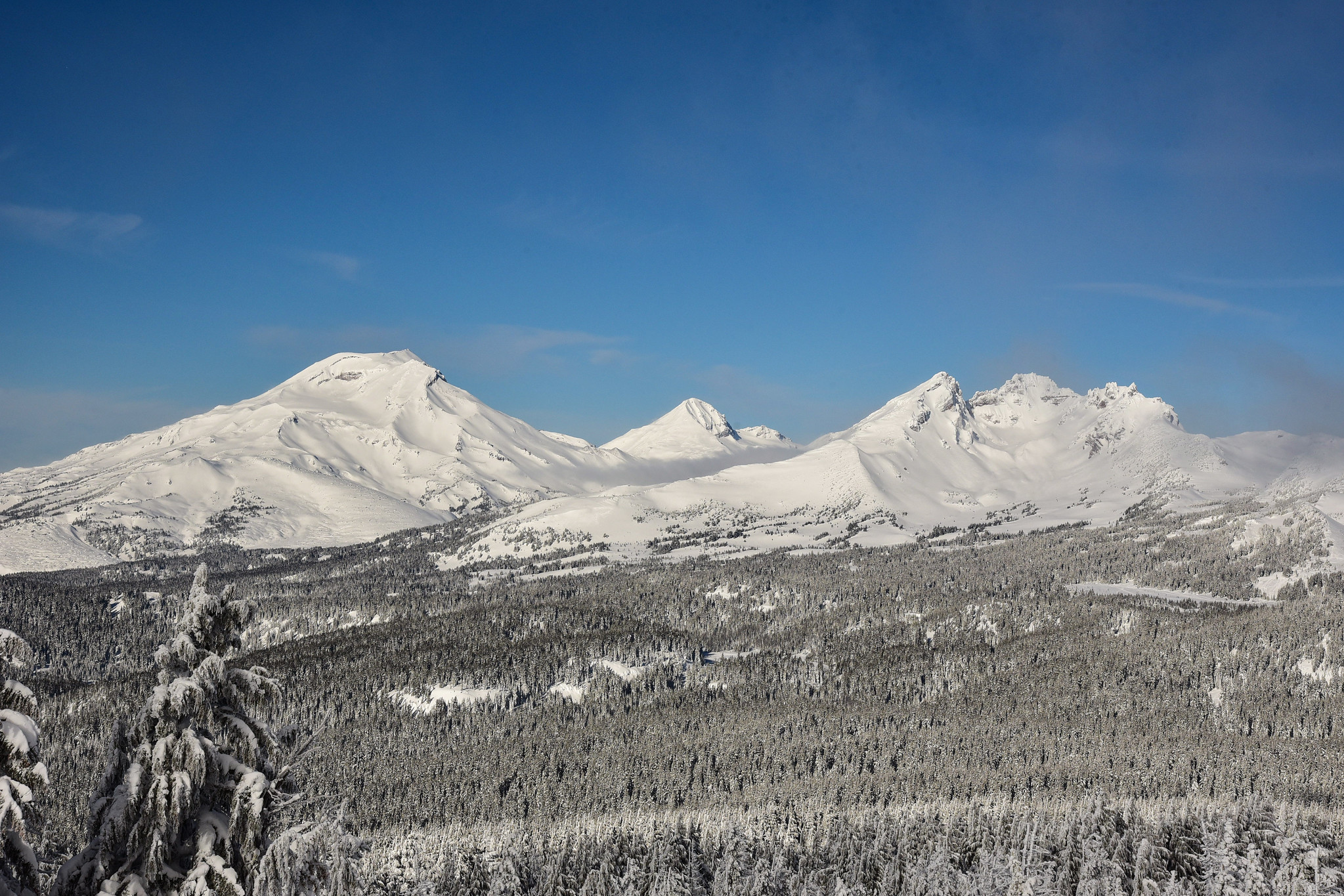 The clearing continued and I enjoyed seeing the icy snowy trees set against the deep blue sky as we snowshoed down: 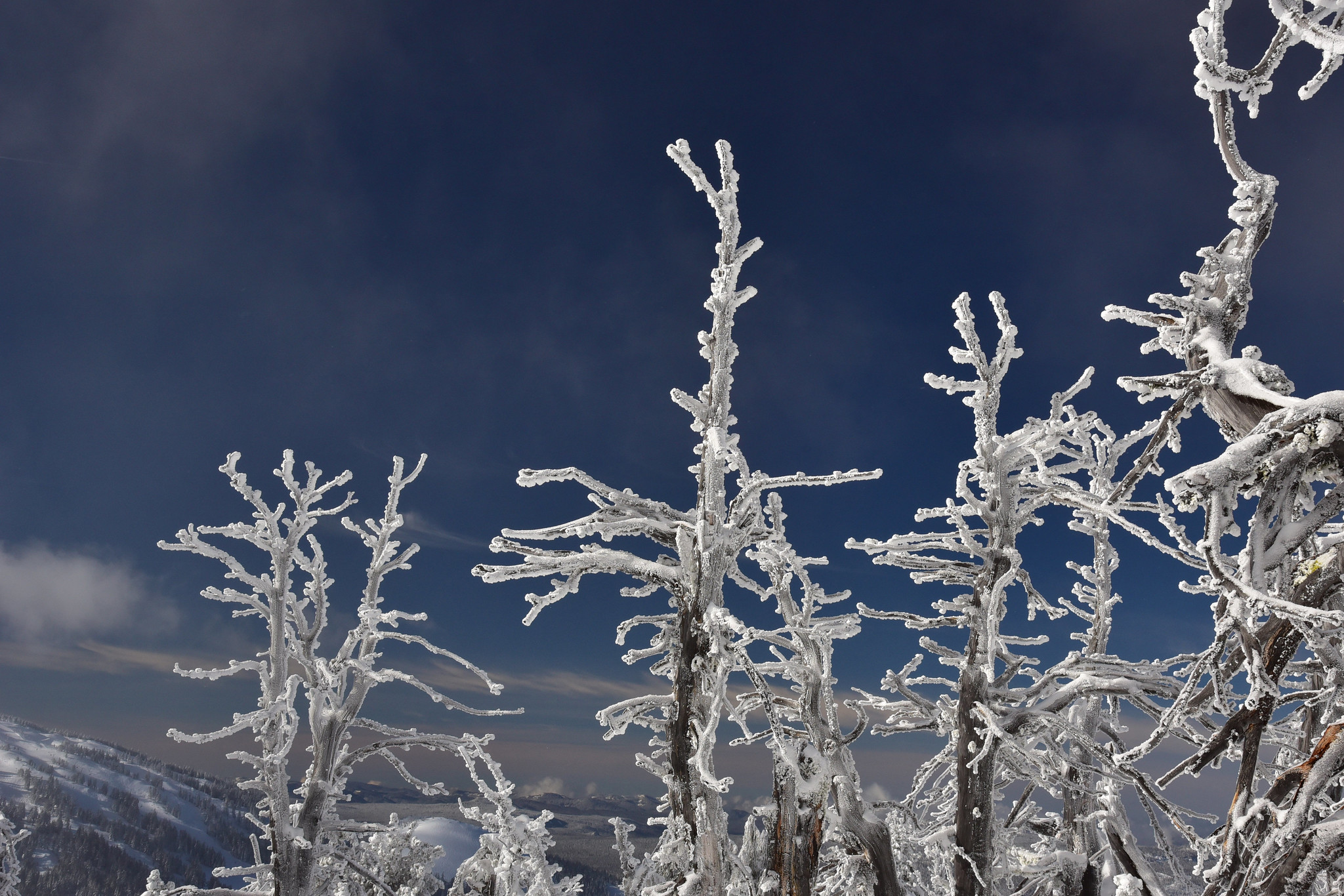 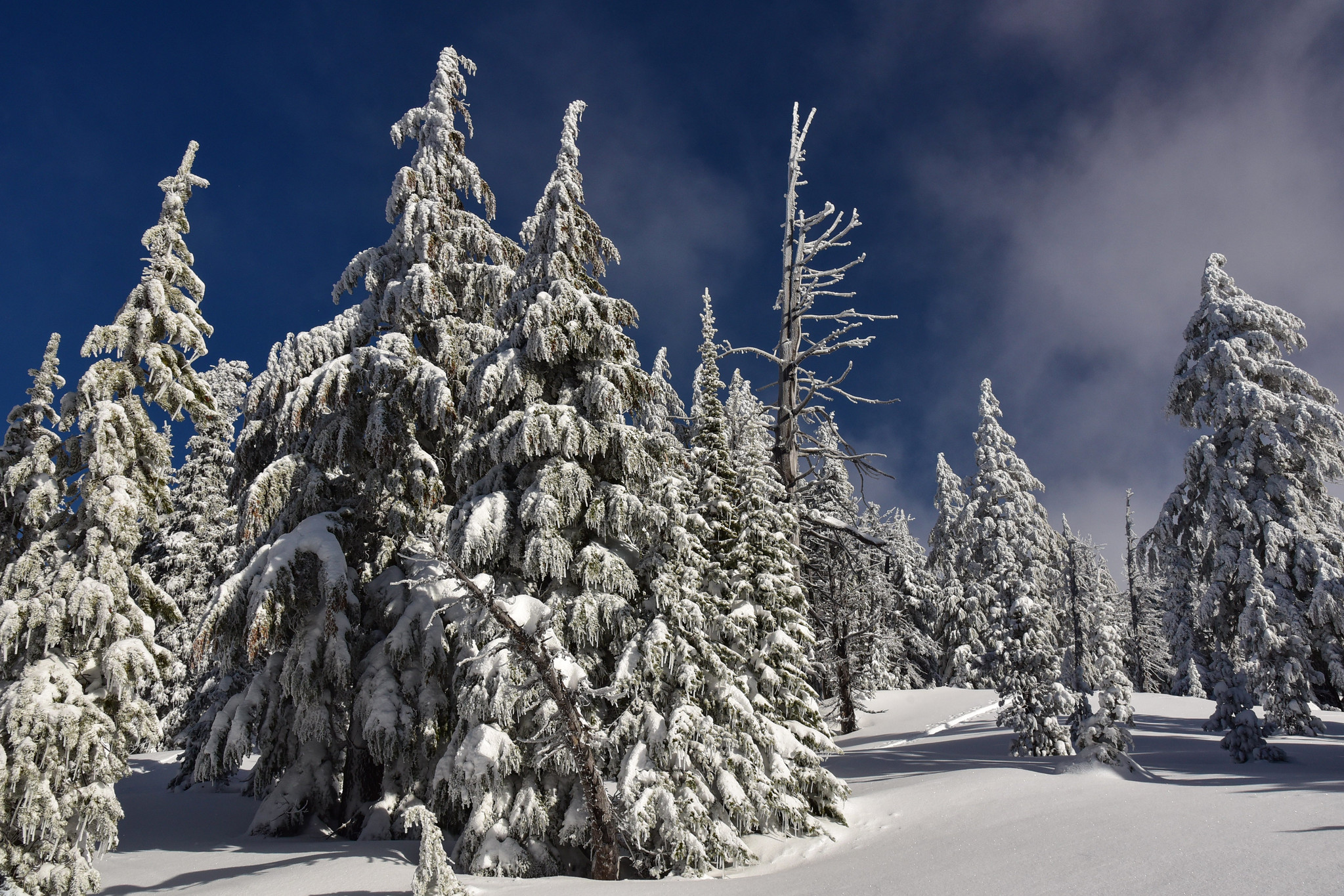 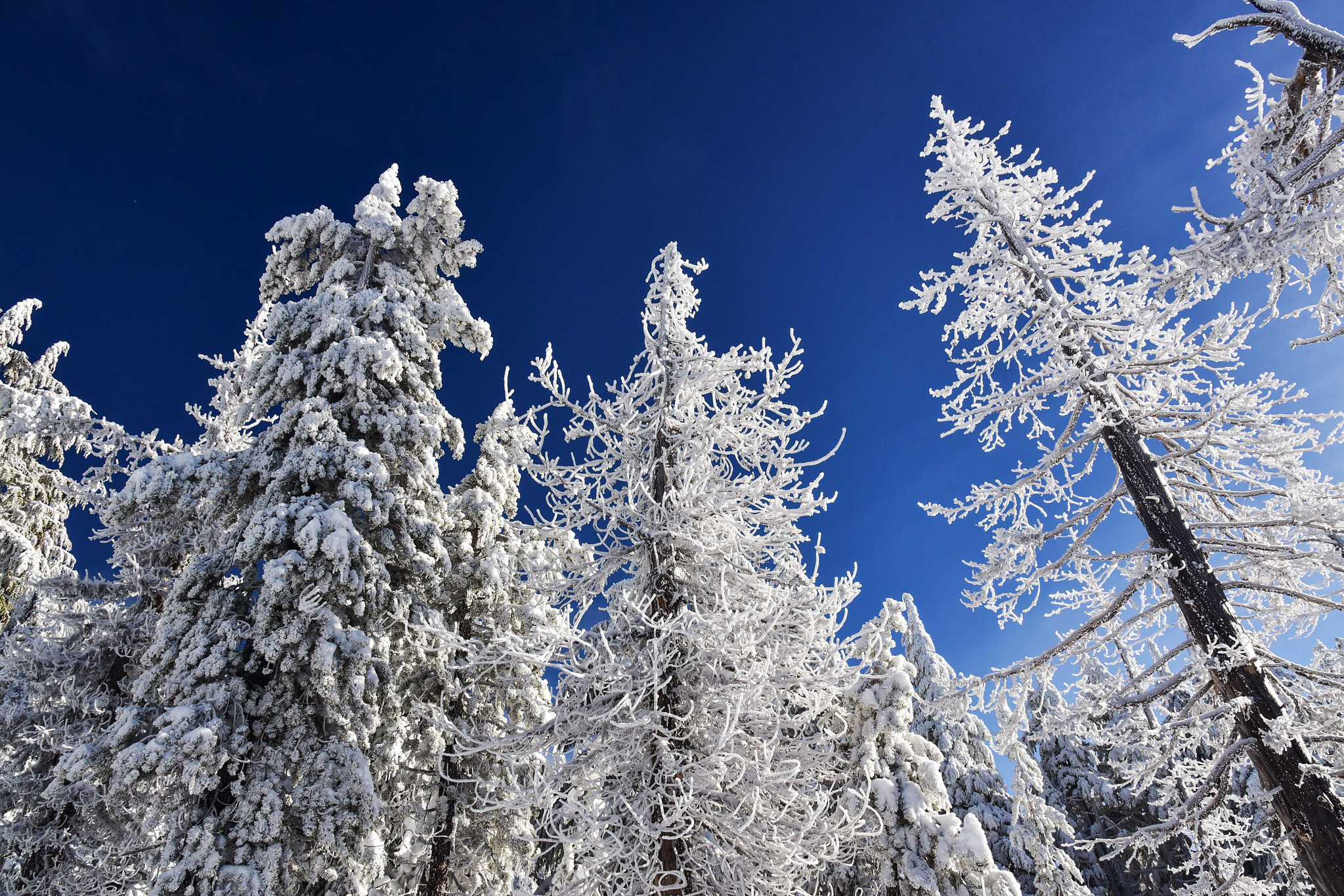