Greg and I headed up to Paradise Park yesterday. We debated which trail to take. The Timberline Trail is much more interesting and it’s shorter, but it’s also more exposed (and it was a hot day) and it’s a lot more crowded. So we opted for the boring but shadier and quieter Paradise Park Trail.

The “campground” at the trailhead was pretty busy when we arrived. I pack at home but Greg likes to pack at the trailhead, so I left him to it and started out at 9:30. He caught up around 40 minutes later. I had forgotten my earbuds so I had to have my iPhone on “speaker phone” to listen to This American Life podcasts on the hike up. I would normally never do this, but that trail is six long miles of nothing and I had to have some mental stimulation.

After 3.5 tiresome miles we finally reached Paradise Park and I was crushed to see that we were WAY too late for the wildflower show. Most of the lupine had gone to seed. The other flowers were bedraggled and wilting. The meadows were starting to turn brown. 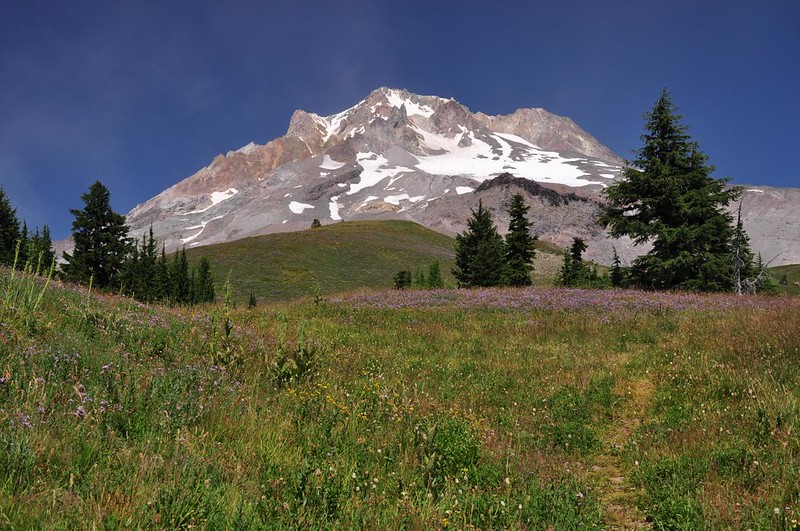 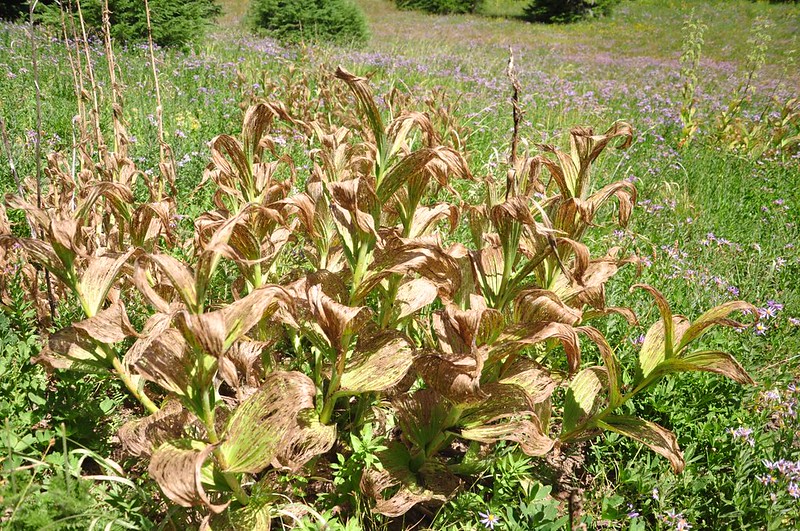 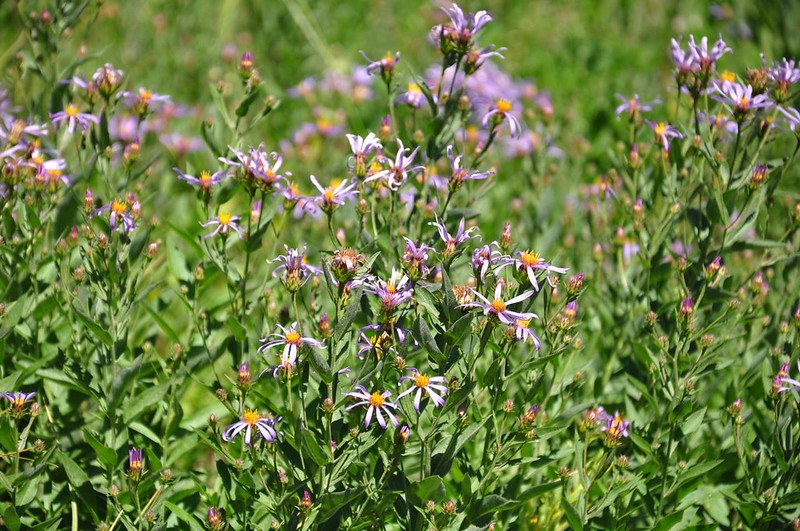 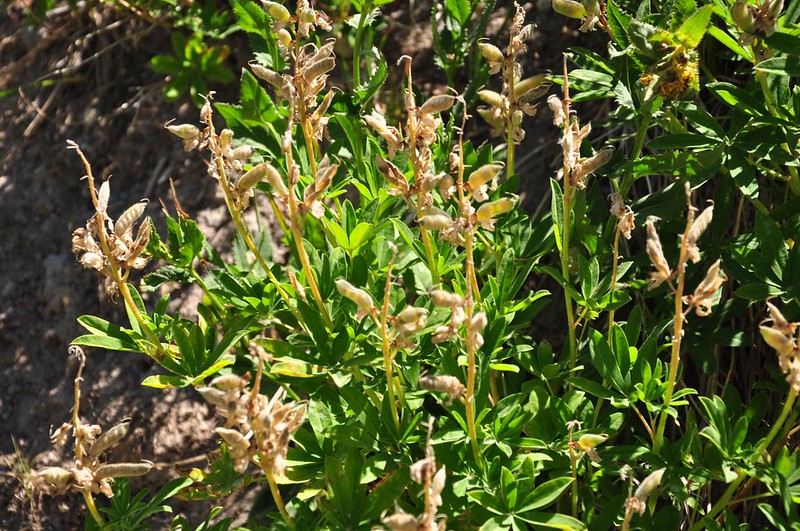 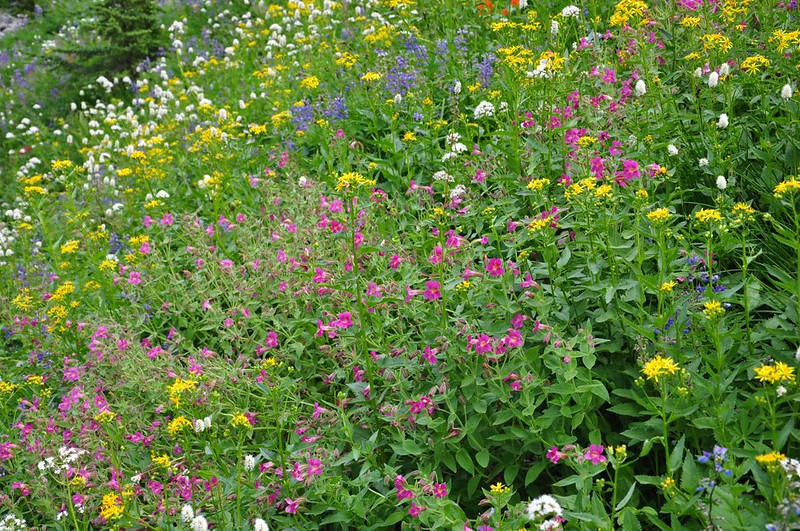 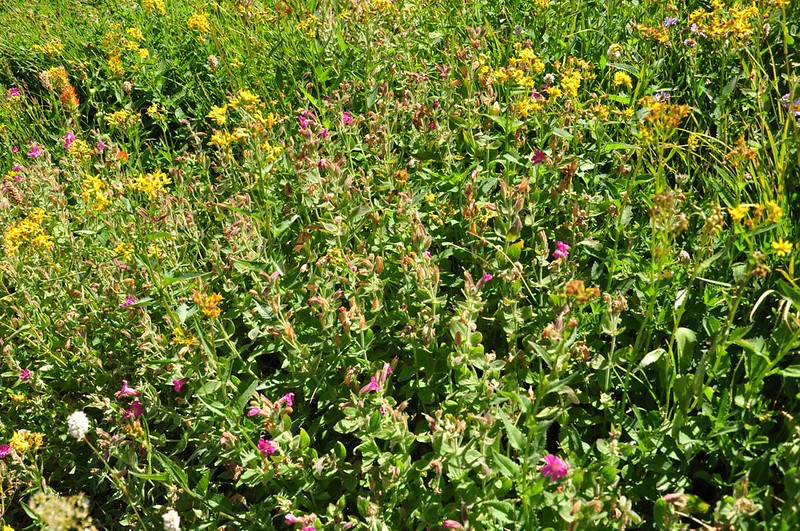 We sat and hung out by Lost Creek for awhile. A few monkeyflowers and other stragglers were hanging on there, and the creek was a welcome relief on such a hot day. 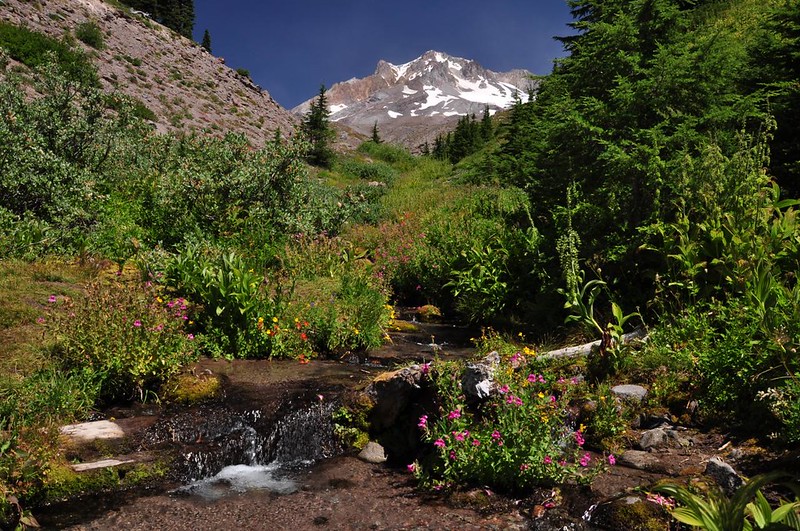 At 3:30 with Wall Street Pizza calling our names, we started heading down, finally getting back to the car at 6:15.

I think we’ve probably seen the last of the big wildflower shows for the summer, which is totally crazy. It looks like Paradise Park was at peak about two weeks ago, 5-6 weeks earlier than when we visited in 2013. On our way up we ran into a guy who was not from the area and he speculated that the best flowers were probably during the spring. No, we told him, even in a dry year like this there is still snow up there in spring. He was surprised to hear that in some years (such as the awful late snowmelt year of 2011), the flowers are going strong on Labor Day.