Starting on Monday, September 7, 2020 (Labor Day) Oregon experienced an historic wind event. Several previously-burning wildfires blew up and became enormous. Several new fires started. Millions of acres of forest burned, in addition to many homes and businesses. (Mark Nelsen has a good writeup about the weather that caused this event.) Some lookouts were lost as well. Here are the ones I know about. I’ll update this post if I hear about others.

The lookout on Scott Mountain was operated by the Douglas FPA (see info here and here). They had stopped staffing it and used remotely-monitored cameras instead. The lookout burned in the Archie Creek Fire. (The Facebook post below refers to Mt. Scott, but the official name is Scott Mountain (see U.S. Board of Geographic Names)

This lookout has been a rental in the Rogue River-Siskiyou National Forest for awhile now. I was fortunate to rent it just this year. It burned in the Slater Fire. The timing is particularly bitter since the Forest Service had just finished some sprucing up at the lookout (see posts here and here). In October Zach Urness wrote an article about the burning of Bolan in the Statesman Journal.

Someone the last renter to stay at the lookout posted this photo to the Wildfire Intel Community Forum on September 8, showing a view of the smoke from the lookout. He later posted on Facebook that he and his daughter evacuated from the lookout that day when the fire got too close for comfort: 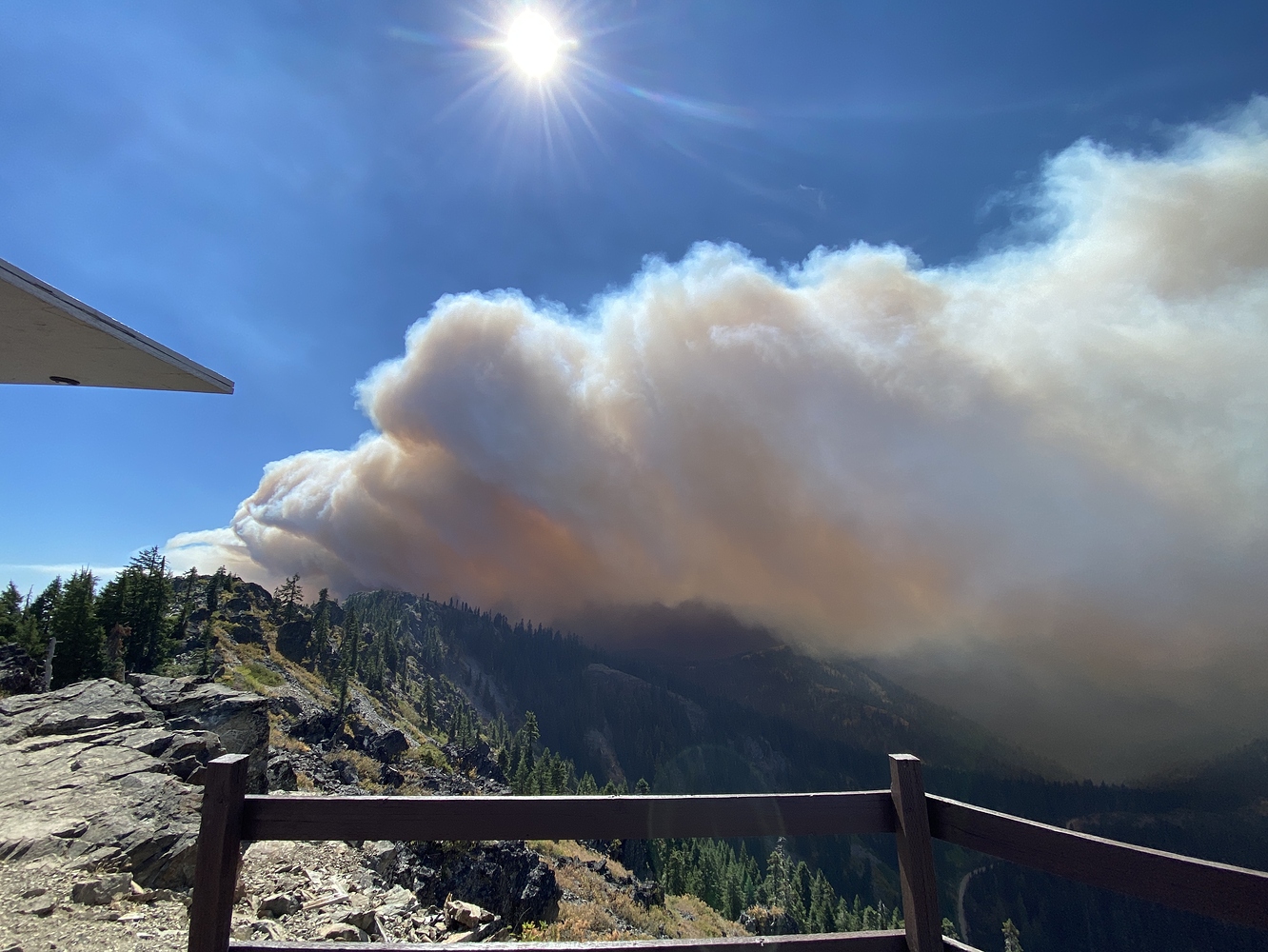 Here is the announcement from the Forest Service:

Other lookouts were threatened and crews worked to protect them, including Cinnamon Butte in the Umpqua National Forest:

Pechuck Lookout in the Table Rock Wilderness also survived. These photos were posted to Inciweb on September 30:

The Big Rock / Green Mountain lookout did not burn in the Holiday Farm Fire. (This one is on private land and inaccessible to the public.)

Volunteers from the Sand Mountain Society spent Labor Day weekend doing restoration work at  Gold Butte in the Willamette National Forest. On Labor Day they could see things were getting bad so they put the shutters on the lookout and got out of there. A crew eventually wrapped the lookout. The Lionshead and Beachie Creek Fires combined and came very close to this spot but never reached it. 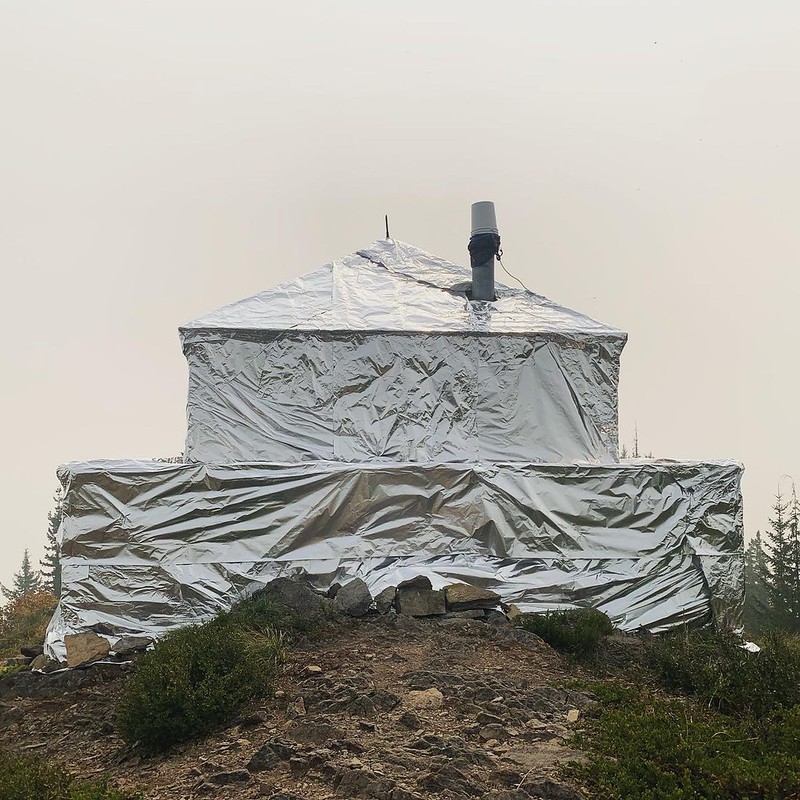