Early arrivals visited some lookouts on Thursday. The conference officially started Friday morning with a presentation as well as introductions by everyone present. I’ve heard of many of these people over the years so it was nice to finally put names to faces.

In the afternoon we formed a caravan and drove up to Ritter Butte, a lookout perched right along Highway 395. This one might be the winner for “lookout closest to a paved highway.” Then we visited Black Butte, which had an access road that was in appalling condition. It might be the most rough and rutted lookout road I’ve ever been on.

Saturday morning we heard from Don Hann, the archaeologist for the Malheur National Forest. 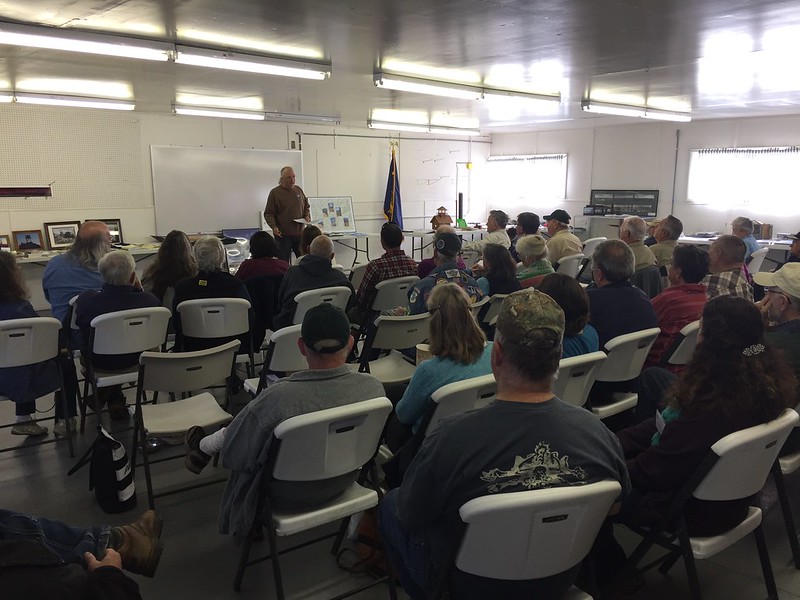 In the afternoon we visited Aldrich Mountain and enjoyed amazing views in all directions. The day wrapped up with a pizza dinner and the conclusion of the silent auction.

Today there were more lookout field trips planned, but if I’d gone along I would have gotten home pretty late so I decided to do some local sightseeing and then head home. I had a lot of fun meeting and talking with fellow lookout enthusiasts and I’m so glad the timing worked out that I was able to attend the conference. Good times!