There are two abandoned lookouts in the Three Sisters Wilderness. I visited Olallie Mountain in 2014. I’ve been wanting to get to Rebel Rock for awhile and this summer I finally did. The hike is quite long, a good 12.5 to 13 miles (depending on who you ask). You can read more about the whole hike here. For this report I’ll get straight to the lookout.

UPDATE: On August 4, 2018 the Rebel Fire started in this area and ended up burning over 8,000 acres, including the majority of this hike. The lookout did not survive the flames. Here is a photo of the area where the lookout once stood.

After a long climb up the heavily forested Rebel Creek Trail, we turned onto the Rebel Rock Trail. After traversing some very brushy meadows we finally got our first glimpse of the lookout: 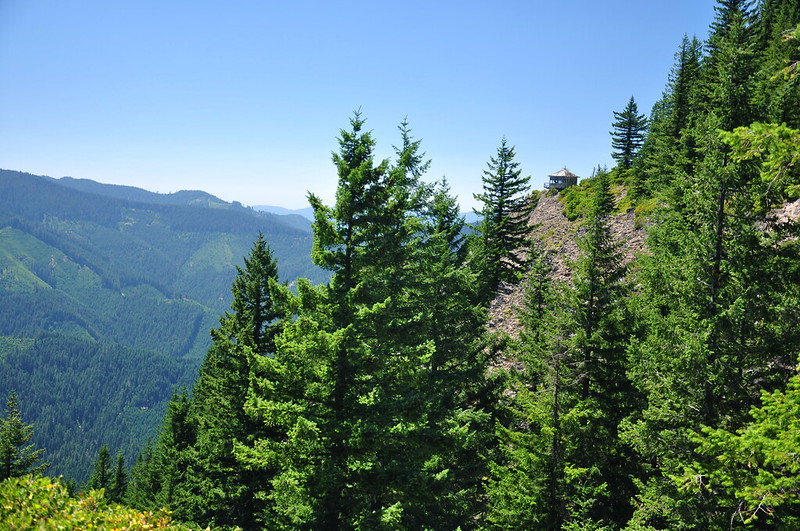 Further down the trail, an unmarked side trail leads to the lookout. There was a cairn when we were there: 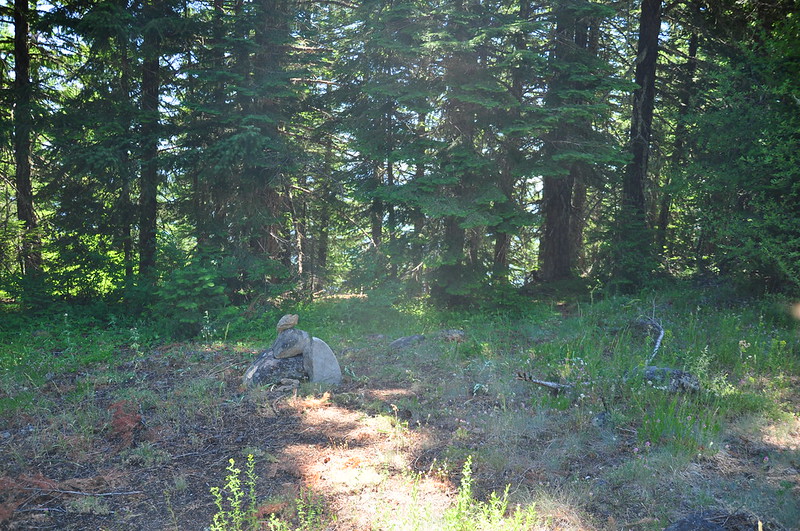 The lookout was built in 1955, but it hasn’t been staffed in about 50 years. It’s in bad shape, but considering how long it’s sat here abandoned, exposed to the weather, it’s amazing that it’s still standing at all. (Note: it is not actually situated on Rebel Rock itself, nor can you see Rebel Rock from the lookout.) 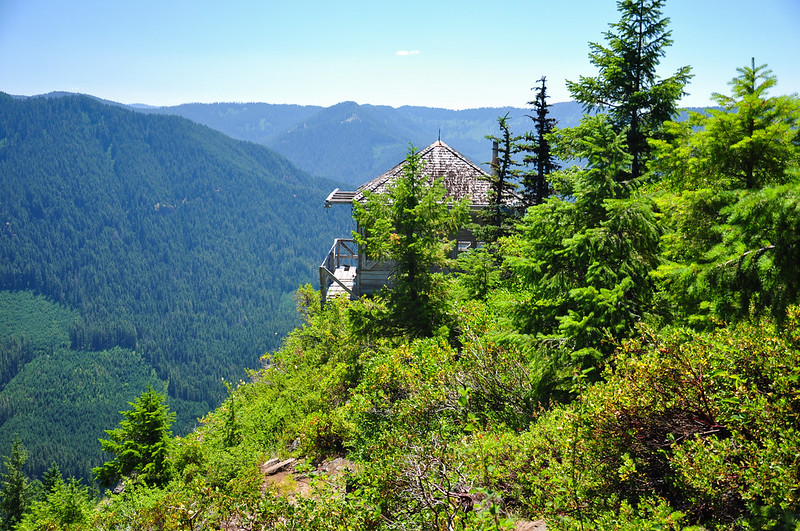 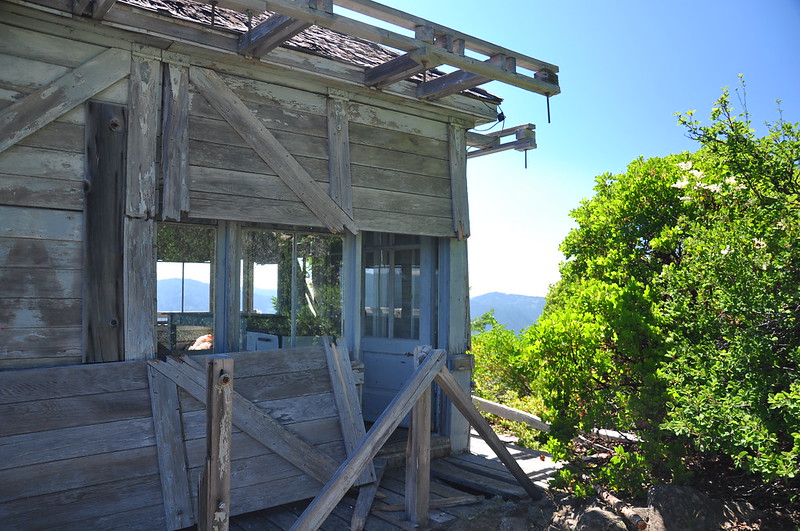 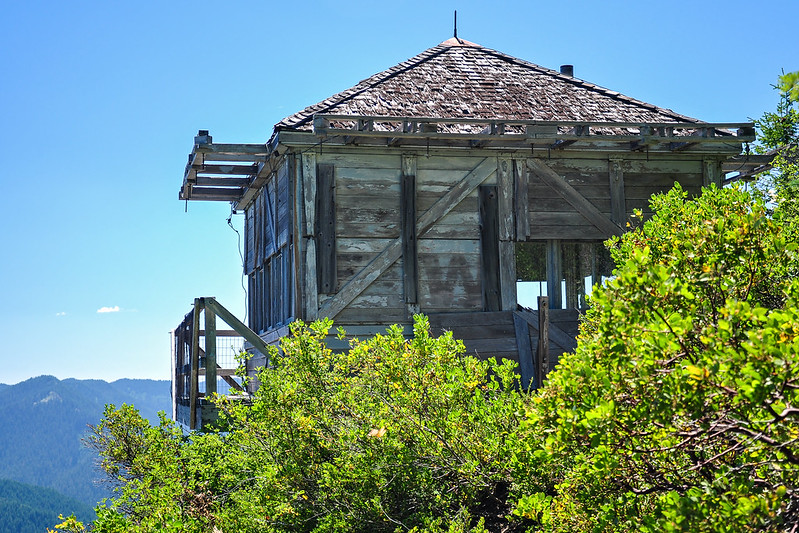 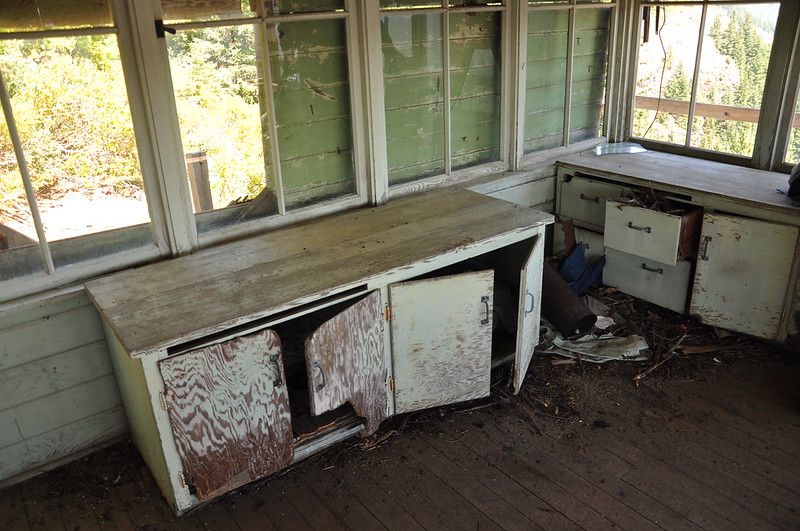 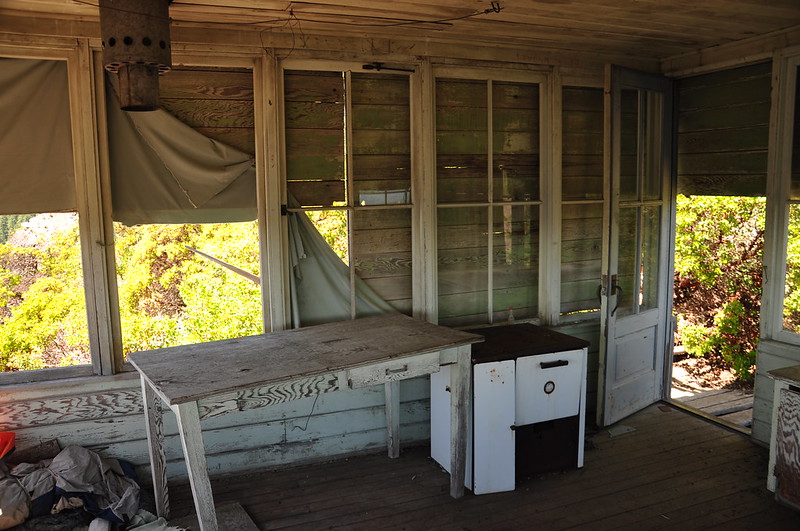 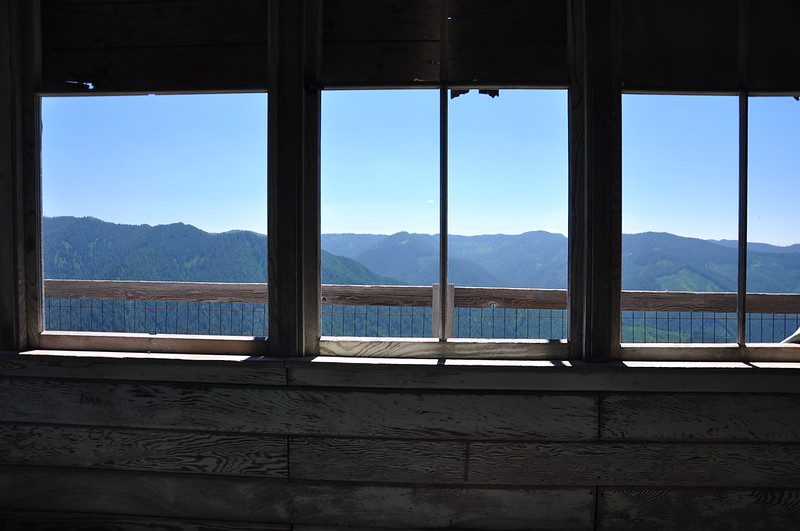 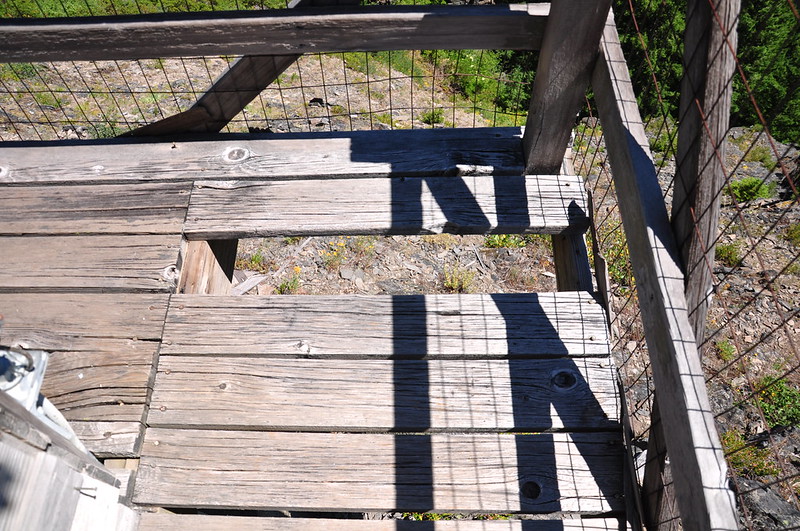 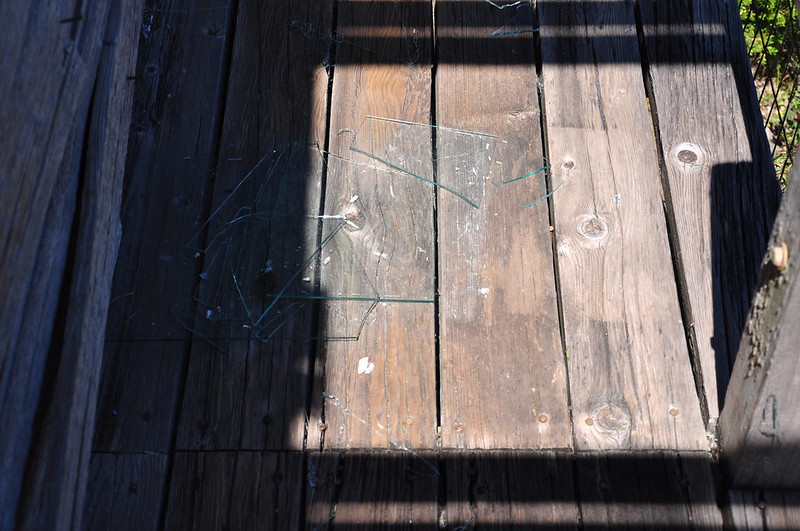 The old outhouse in the woods is still standing: 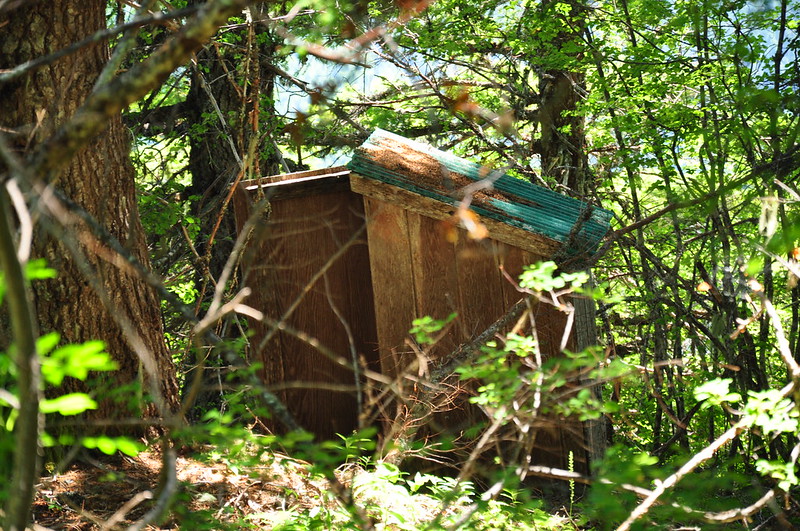 The lookout is unusual in that it’s not on a summit with a 360-degree view, but perched on a cliff with a view in only three directions. It looks south out over the South Fork Mackenzie River.

The only Cascade peak you can see is Mt. Bachelor, although of course back when this was an active lookout that peak was known as Bachelor Butte: 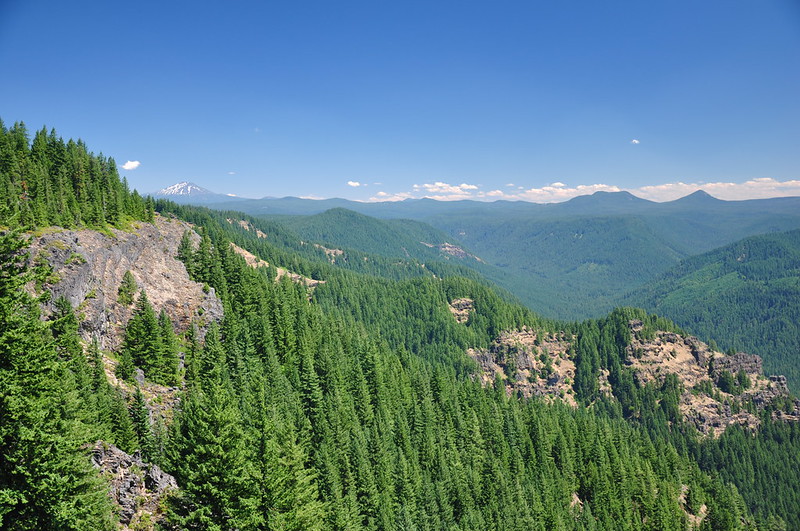 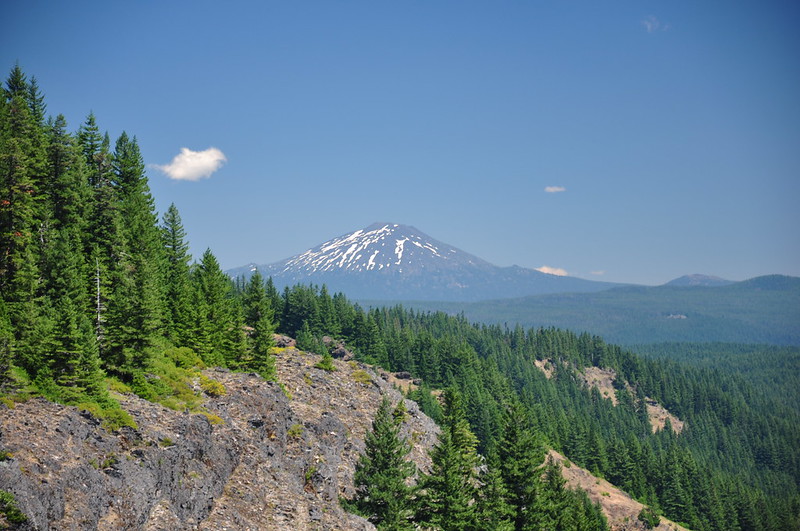 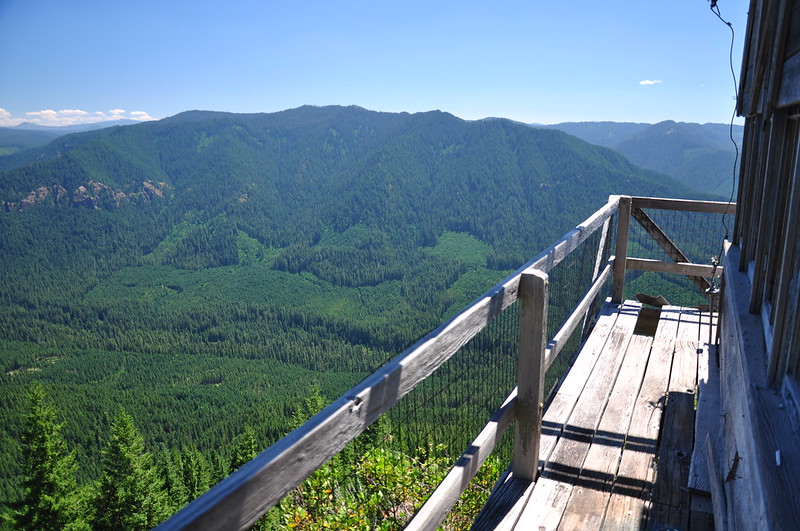 Then it was a long punishing hike back down to the car, which we finally reached at 5:30. I knew this was going to be a workout hike and it was. My knees feet were hurtin’ by the time we were done. But glad I crossed this one off my list!

Here’s a video of the hike: