2020 UPDATE: Although I haven’t been back to Olallie Mountain since my 2014 visit, it’s reported that the lookout has burned down. The Forest Service has not determined the cause, but it would seem that vandalism or careless visitors are the likely culprit. Since the Rebel Lookout burned in a 2017 wildfire, there are no longer any lookouts standing in the Three Sisters Wilderness.

Olallie Mountain is in the Three Sisters Wilderness (and not to be confused with Olallie Butte near Mt. Jefferson). The mountain is home to one of only two remaining lookouts in the wilderness (the other is over at Rebel Rock).

Along the trail I spotted an old phone insulator up in a tree. All the ones I’ve seen before have been white but this one was dark brown. 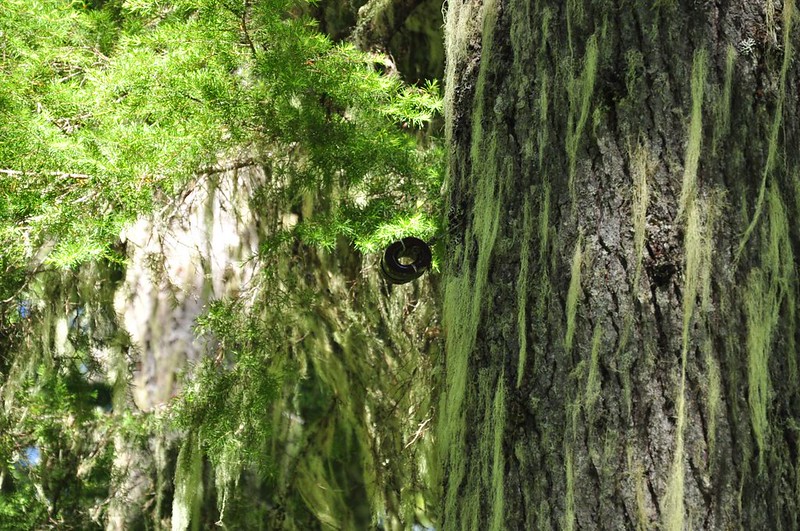 Just below the summit are some little meadow-like areas where I saw columbine, tiger lily, paintbrush, penstemon, false solomon’s seal, and more. Conditions weren’t good for wildflower photography so I just enjoyed looking at them and kept pushing on.

And then finally the summit! With views, views, views all around. Mt. Hood, Mt. Jefferson, and Three Fingered Jack: 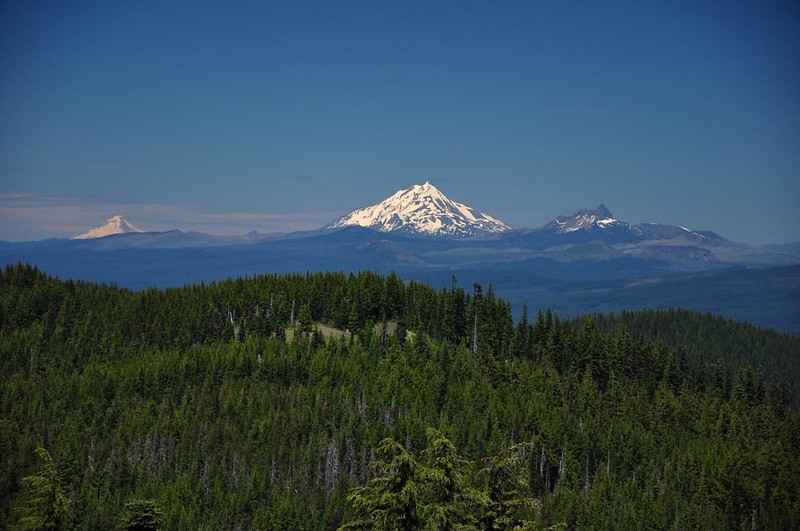 At center are Packsaddle Mountain, Little Roundtop Mountain, and Cultus Mountain. I think the snowy bumps on the right are The Twins and Maiden Peak: 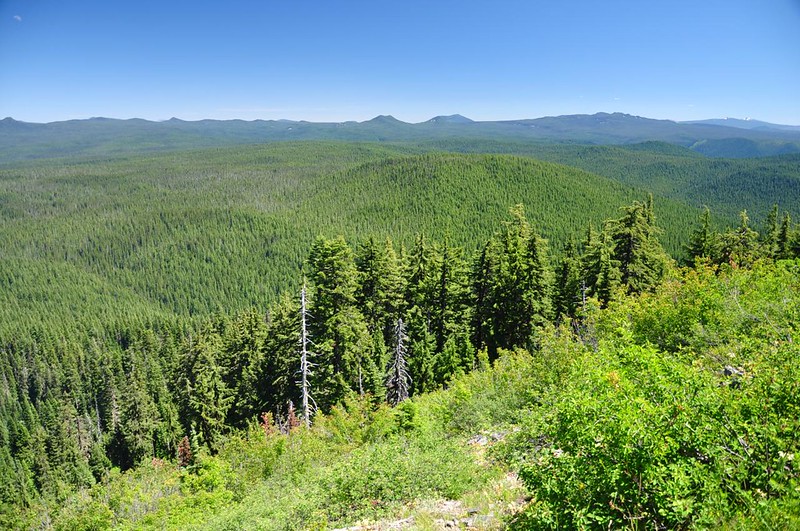 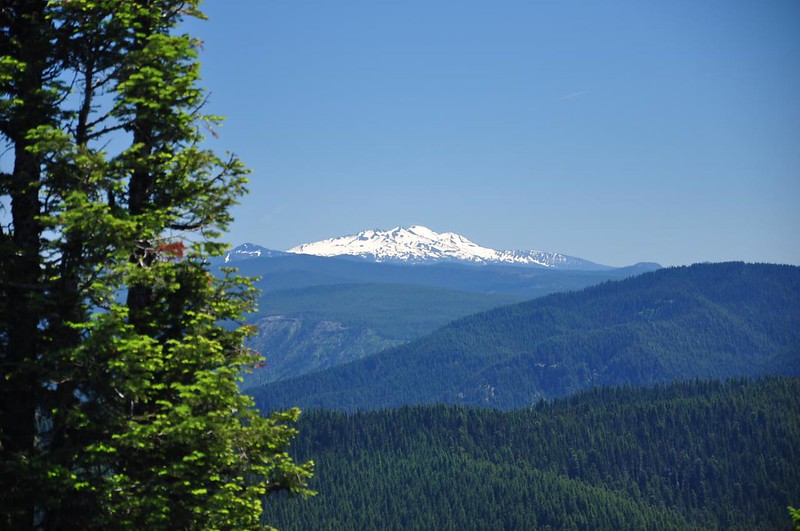 The French Pete Creek drainage, site of the famous logging vs. wilderness controversy in the 1970s. 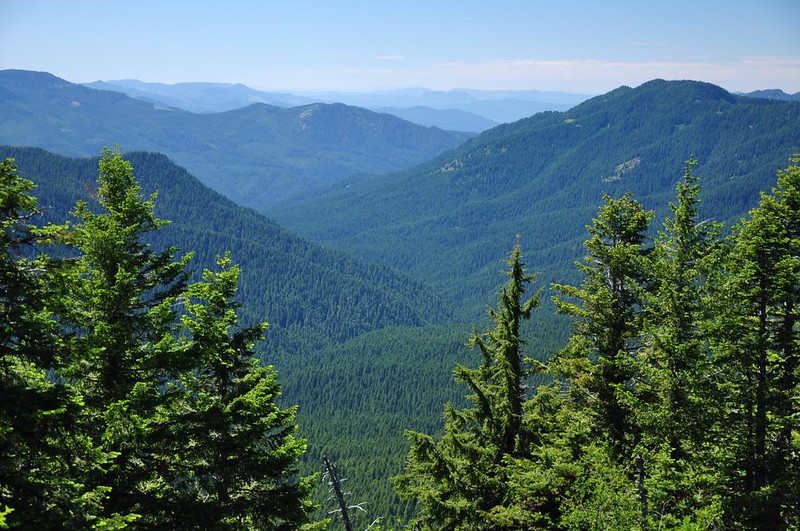 And of course, front and center, the Three Sisters and Broken Top. 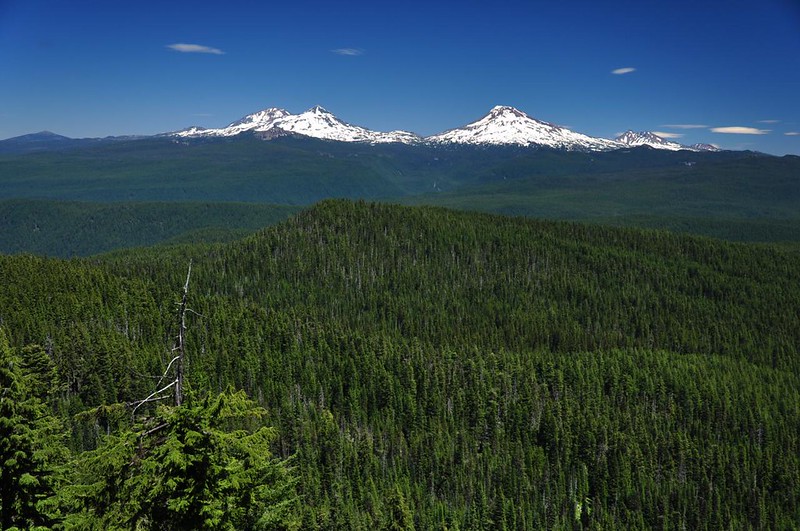 One of the best parts of the expansive views up here is that the forest at your feet is unspoiled and clearcut-free thanks to the fact that it’s designated wilderness. It is so rare to have a big view in the Cascades that doesn’t include clearcuts that I can’t think of anywhere else that I’ve experienced this.

The lookout that sits up here was built in 1932 and has been abandoned for quite some time. 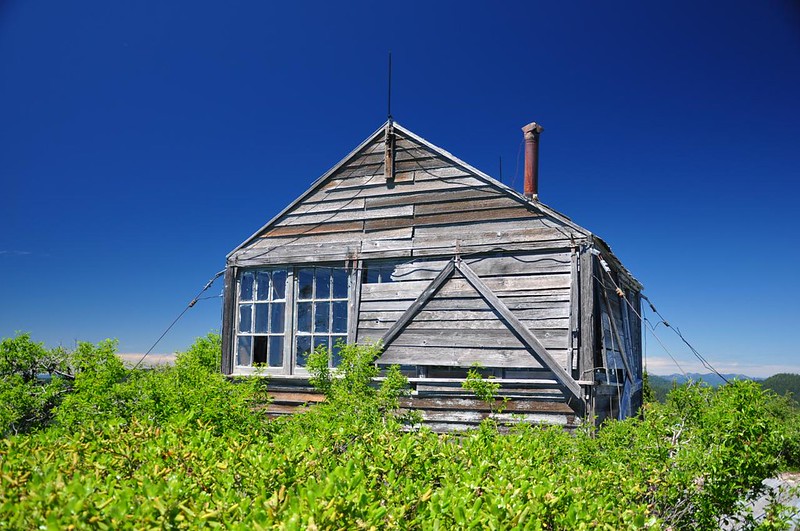 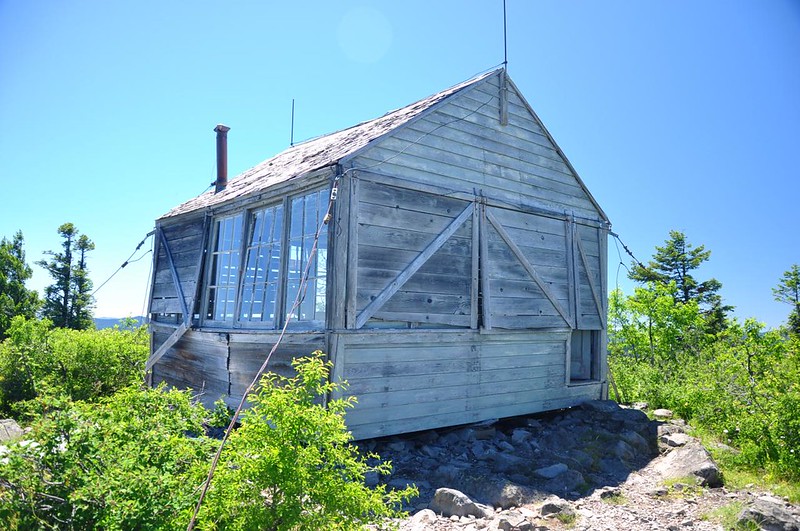 A few years ago the Sand Mountain Society did some emergency shoring up inside to keep a wall and ceiling from collapsing. The opposite wall is starting to buckle out, though, which you can see in the outside photo with the shutter on the ground. There are still tools and supplies for more repair work, but after that initial work the Forest Service asked them to stop. Because this is in the wilderness I think it’s highly unlikely that this building will be allowed to be saved. What a shame. 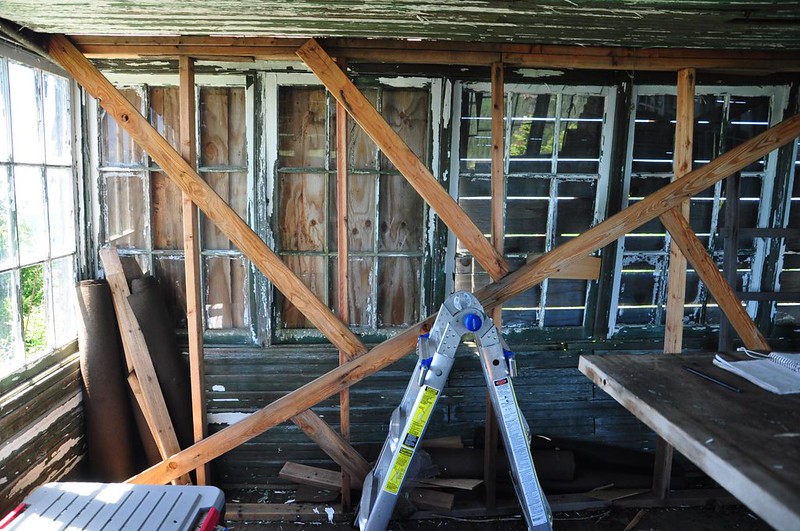 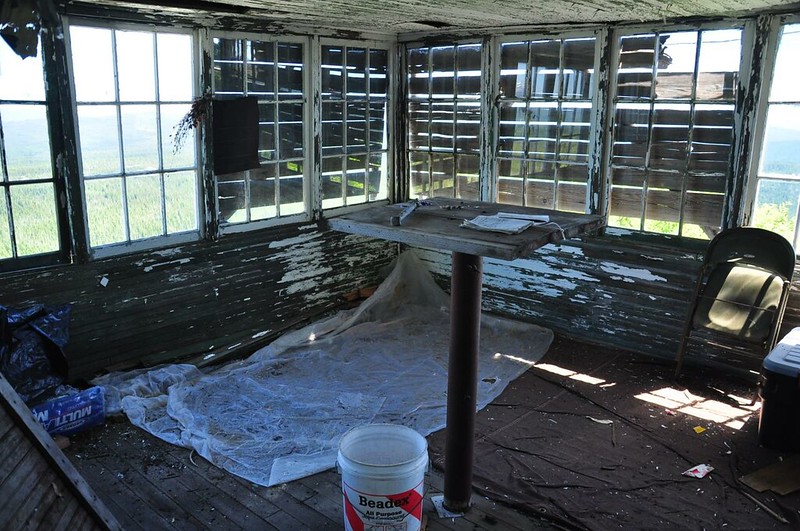 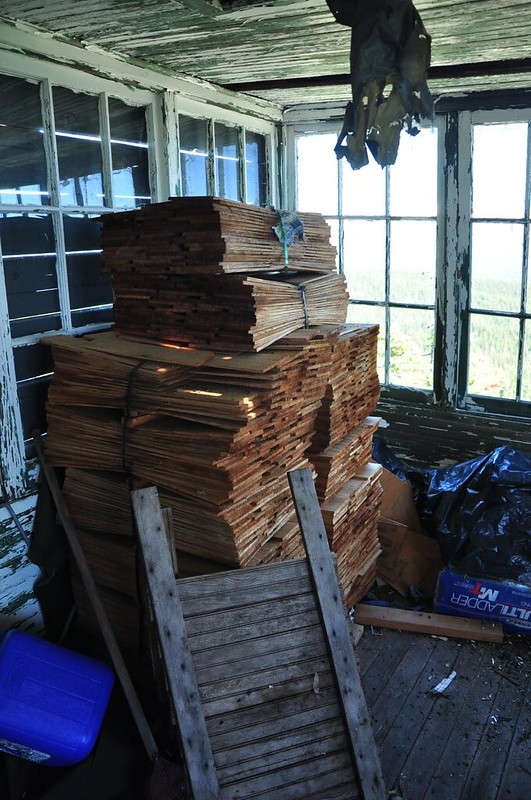 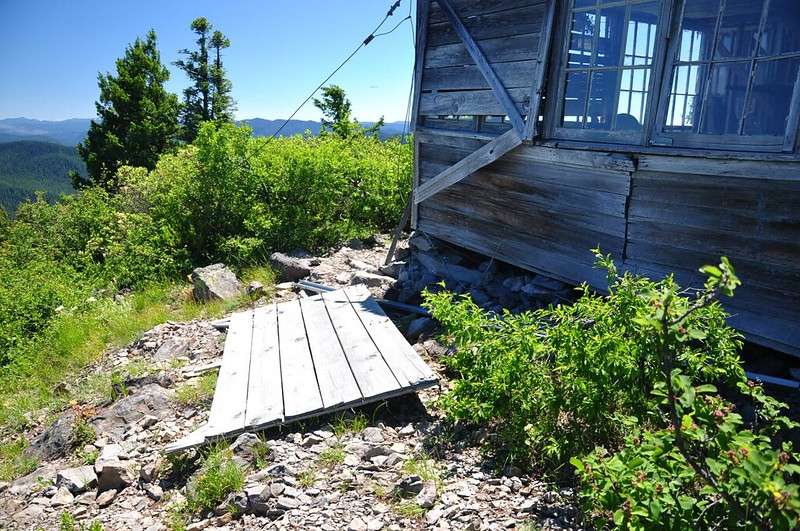 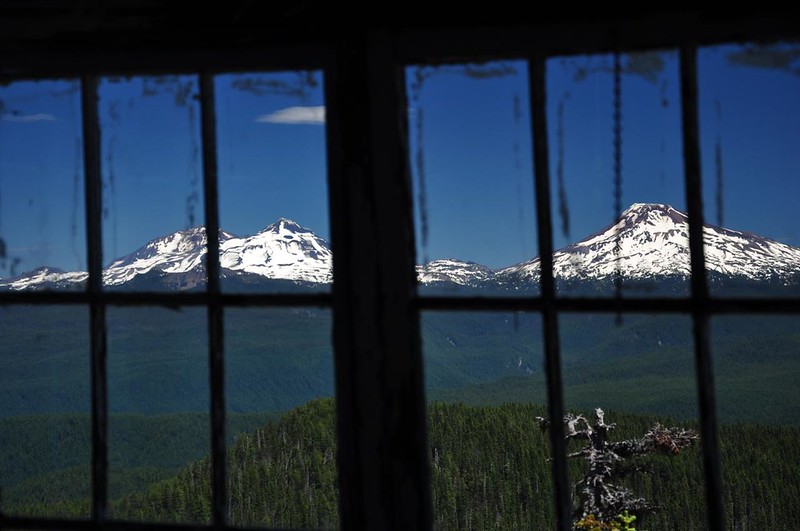 There’s a logbook on the old firefinder stand and I was amazed how many entries there already were for this summer. 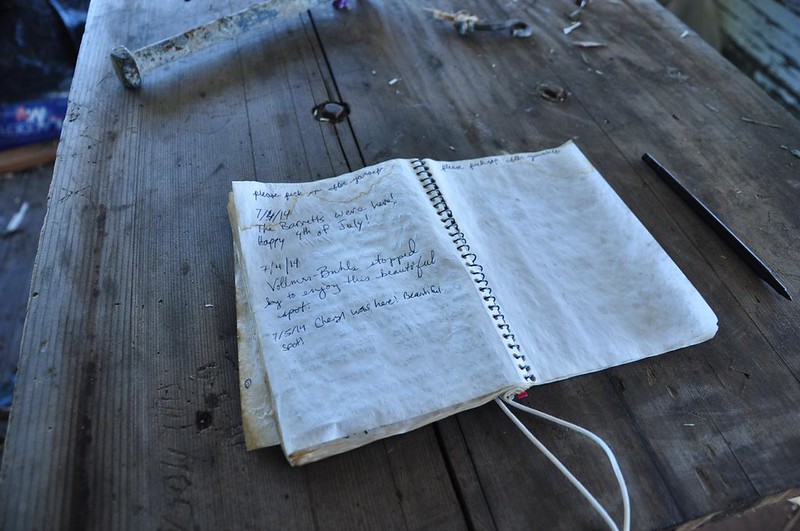 What a great spot with great views!