I used Beecher Road (which turns into Burgess Gulch Road / BLM Road 34-6-12) and drove 5.3 miles to the junction with the spur road to the summit where there is a gate. Time to get out and start walking. 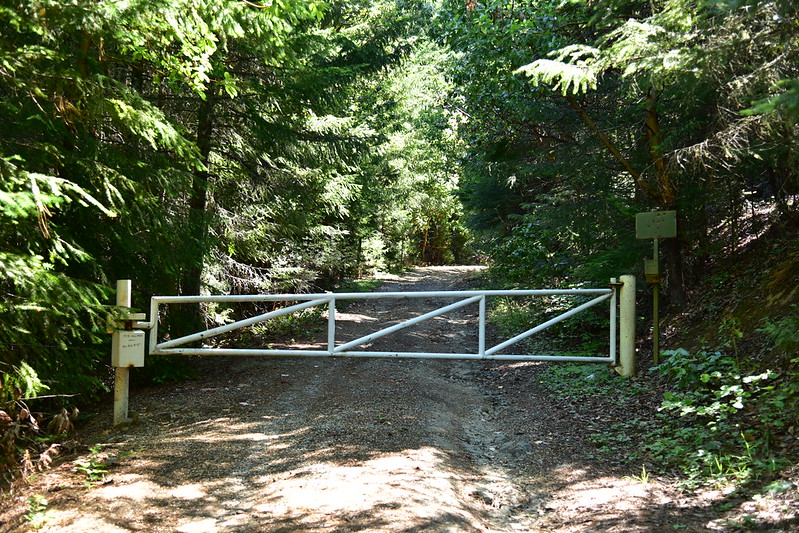 It was a 0.8 mile hike up the road to the summit. In April 2006 vandals destroyed the lookout tower and repeater antennas. The damage included three structures and other communications equipment. A new lookout was built in 2007, but it doesn’t appear to be in regular use: 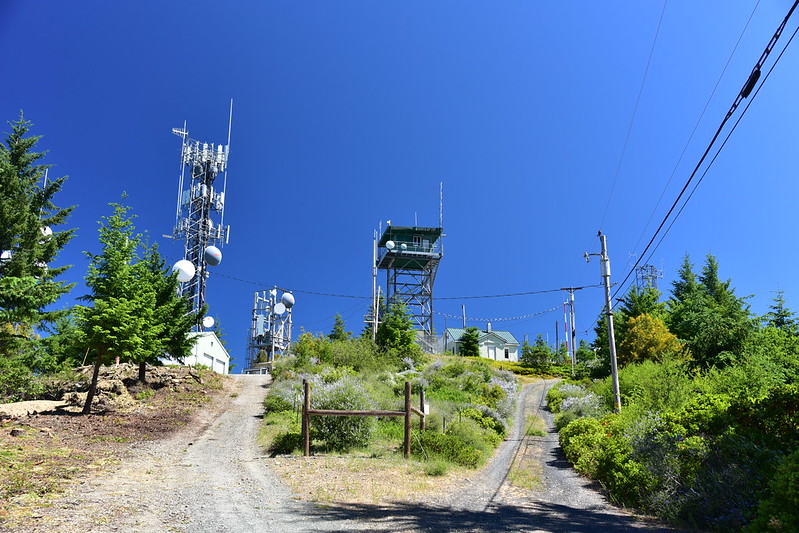 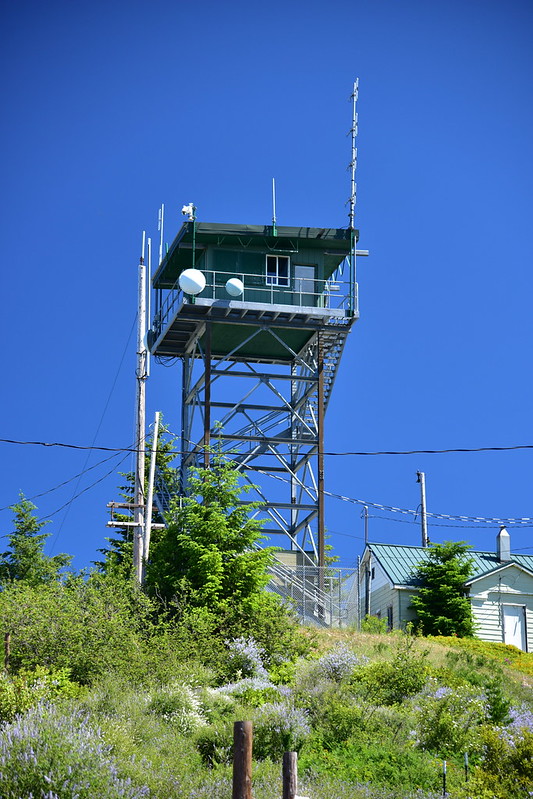 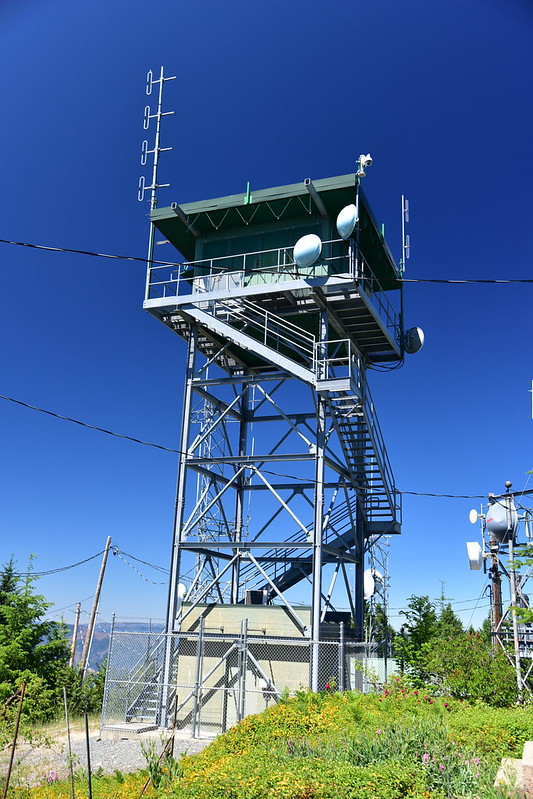 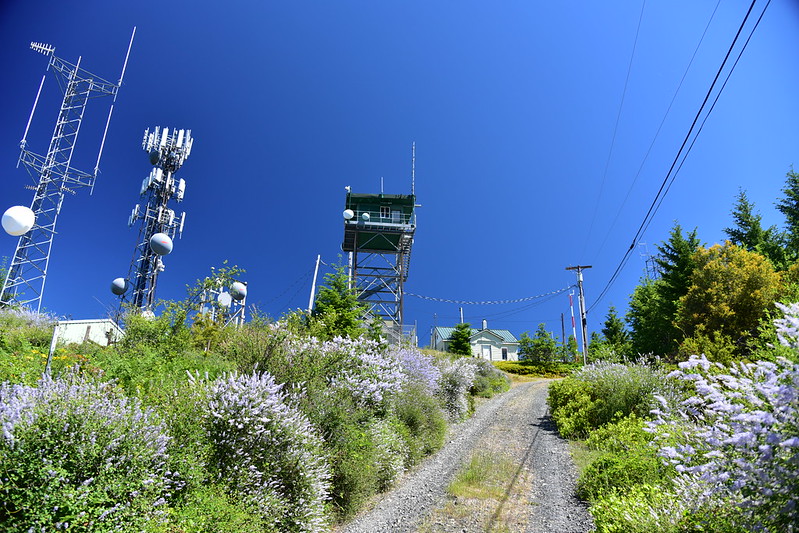 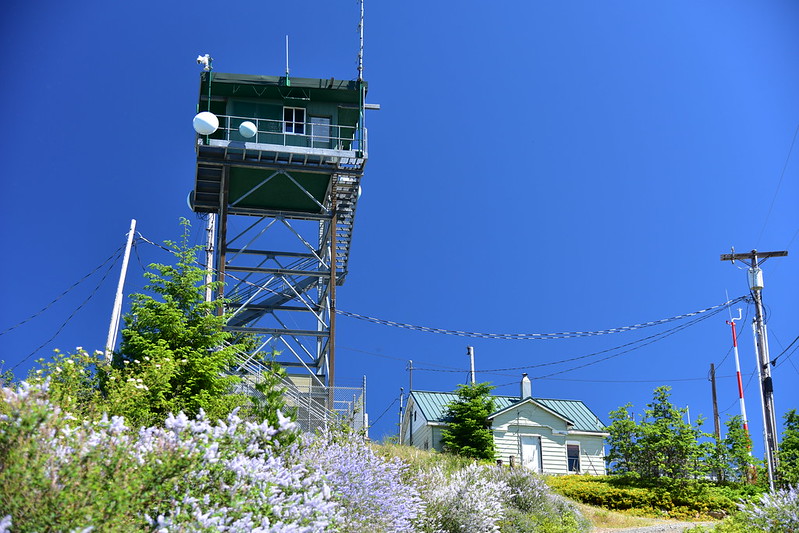 There are a lot of buildings, towers, and antennas up here: 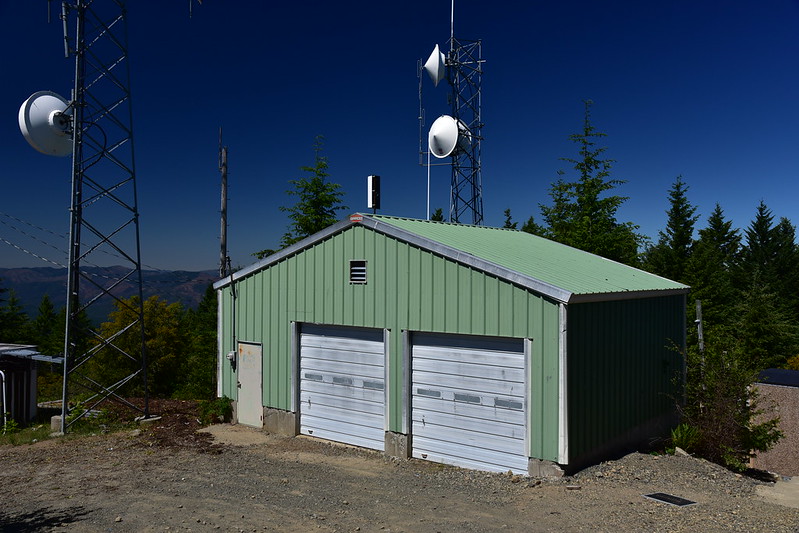 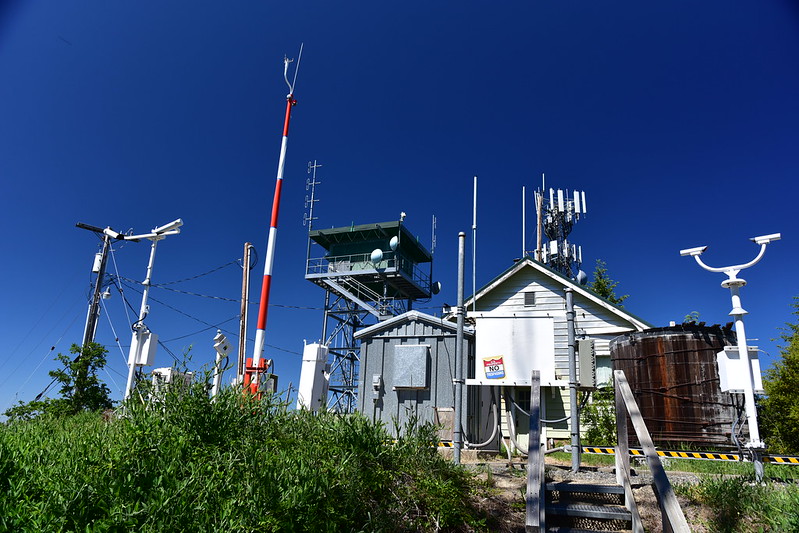 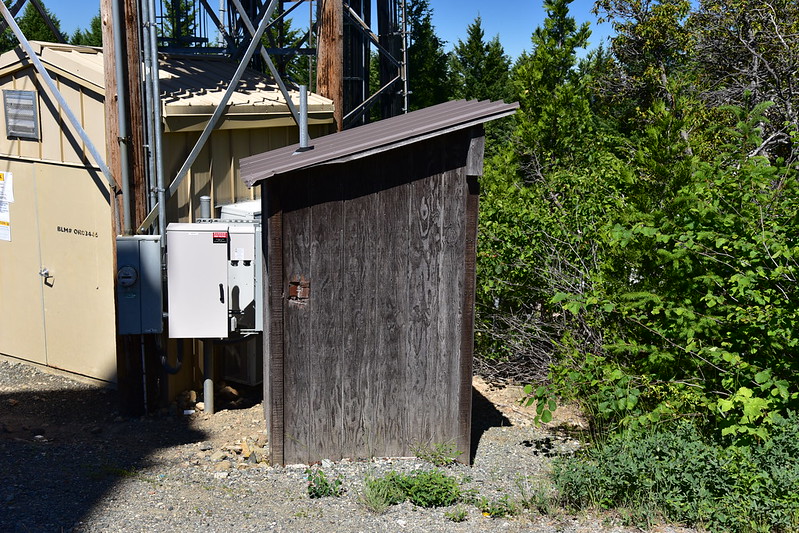 There is an old D-6 cupola cabin is here, but it’s unlike any I’ve seen before. The cupola itself is gone and it’s roof lowered. And there aren’t windows all around the cabin: 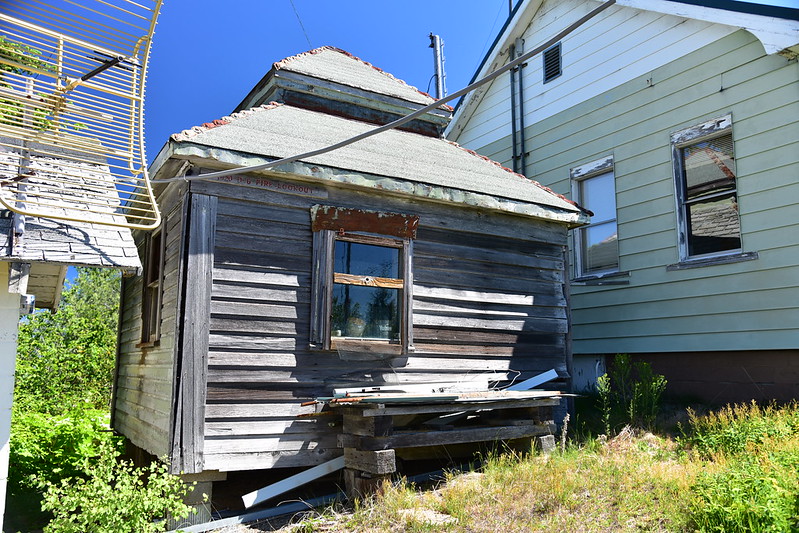 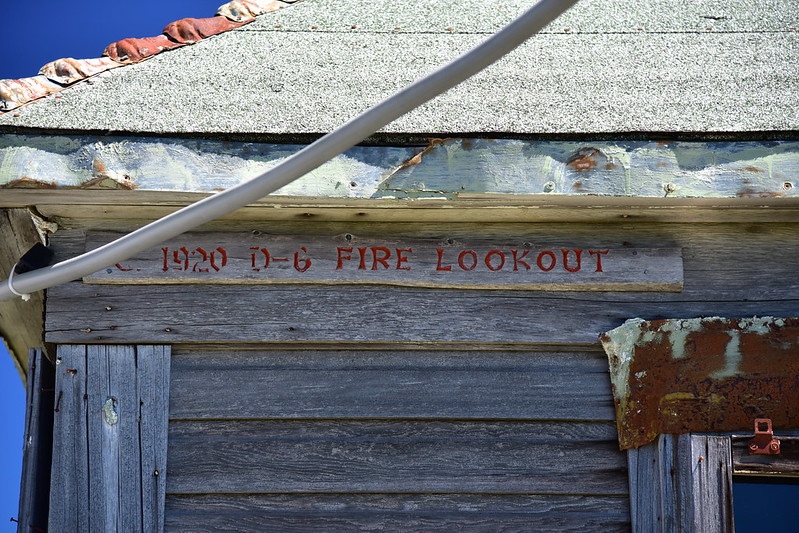 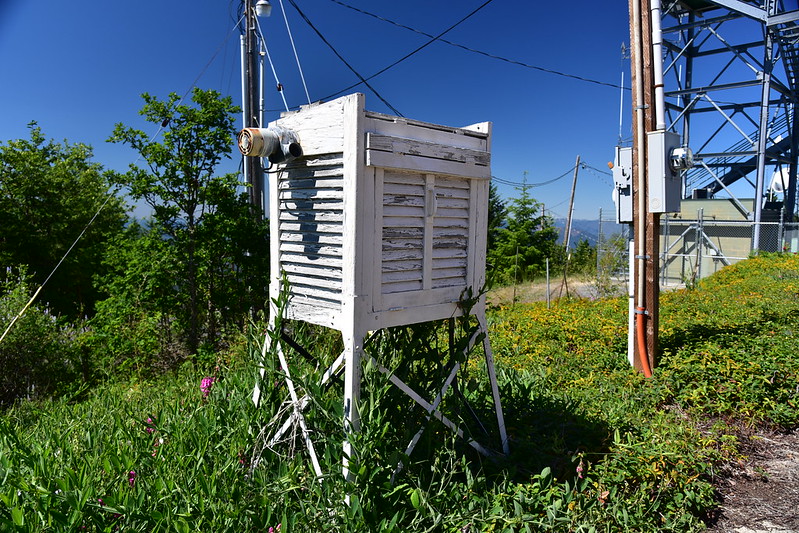 There is a house up here. Presumably it once served as living quarters for the lookout: 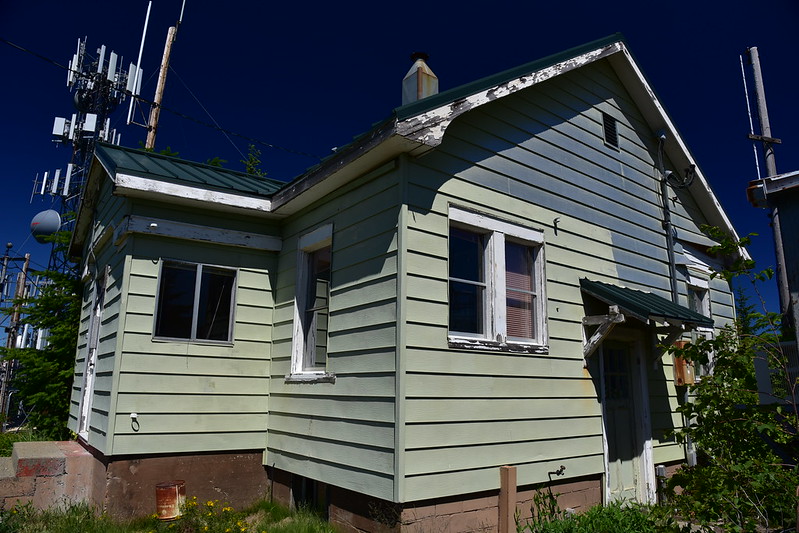 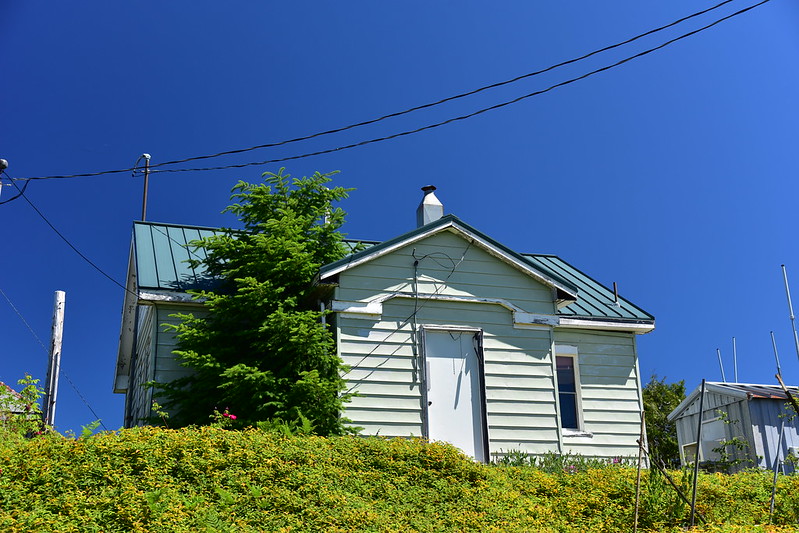 The tower has a fence around it so there’s no way to gain access. Views from the ground are pretty limited: 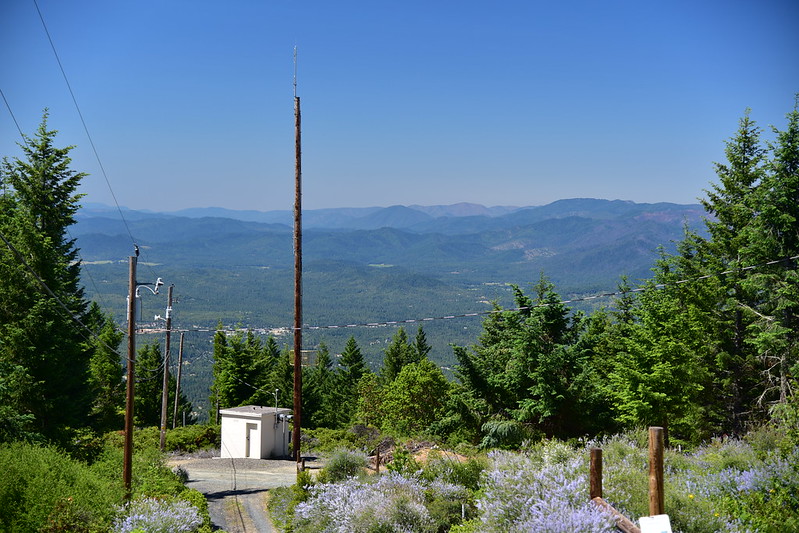 However there are some good views to the south from the road on the drive to the gate: 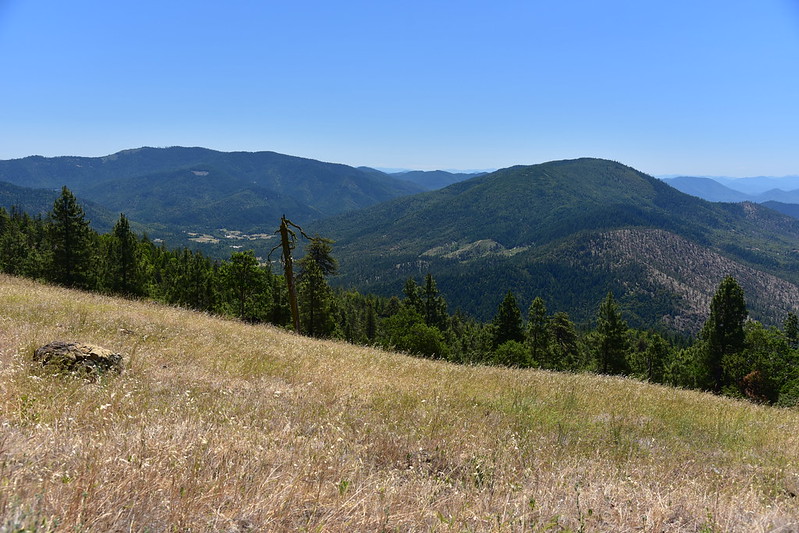 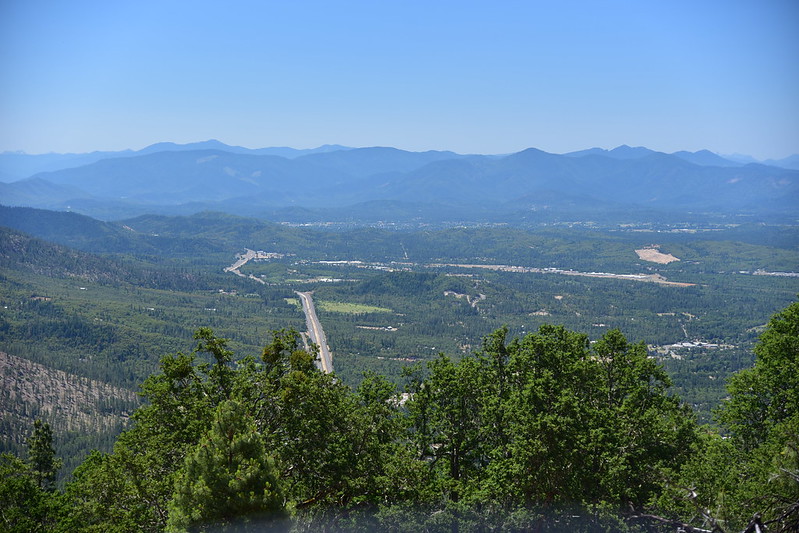