From Highway 199 south of Grants Pass I took Road 25 to 2509 to the base of spur Road 055 that goes to the summit. It is gated just beyond the junction with no turnaround. That hasn’t stopped the OHVs from creating a detour around the gate: 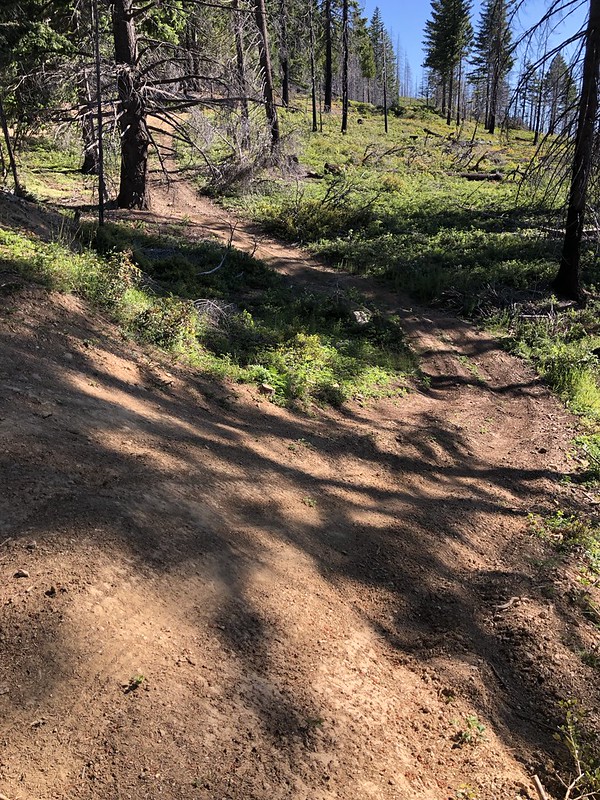 There are several signs along the road and at the summit warning that the area is under video surveillance: 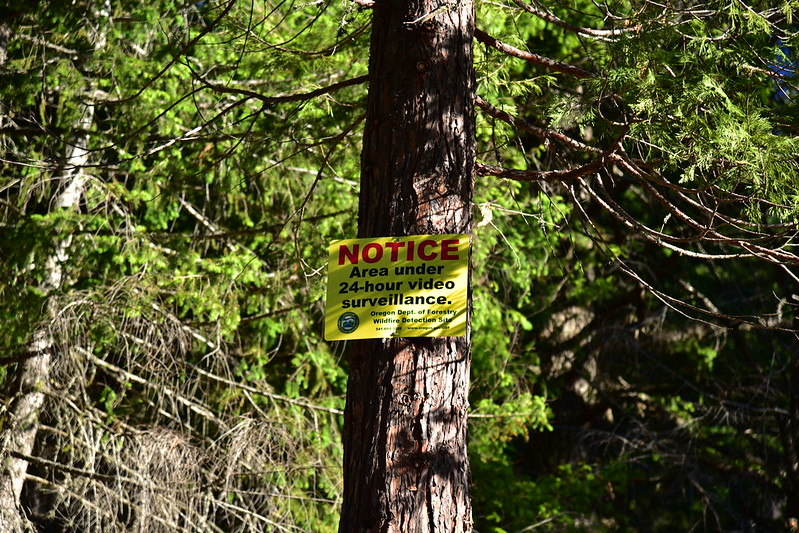 The lookout narrowly escaped the 2014 Onion Mountain Fire. Retardant was dropped on the summit to keep everything up there from burning and it worked. (See photos here.) Then the 2018 Taylor Creek Fire burned in this area. Unfortunately the snags were mostly logged instead of being left: 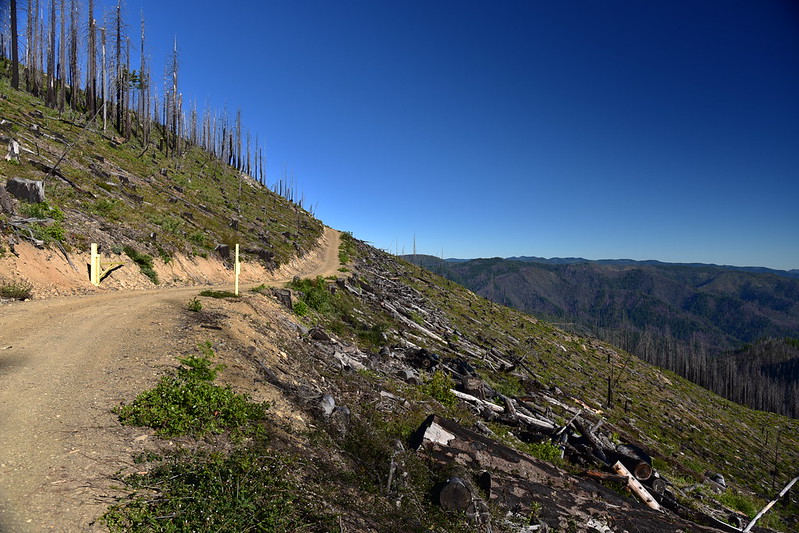 The lookout is unusual in that it has two sets of stairs. It used to be on the rental program, but it’s not a rental anymore. I believe that happened after the 2014 wildfire. It has since become vandalized and sometime around 2018 the Forest Service put up a fence to prevent further vandalism: 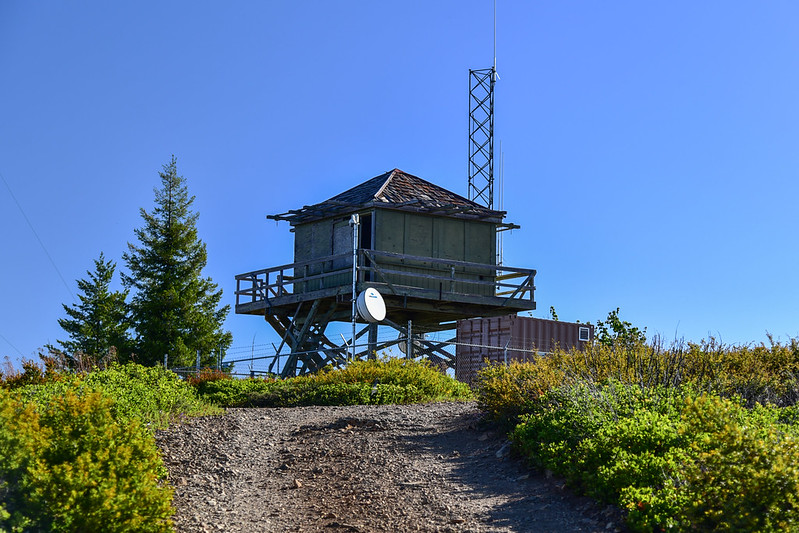 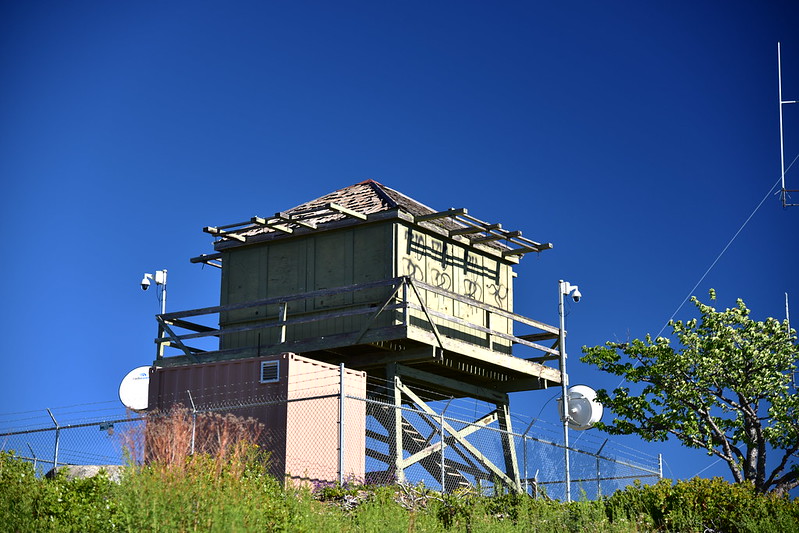 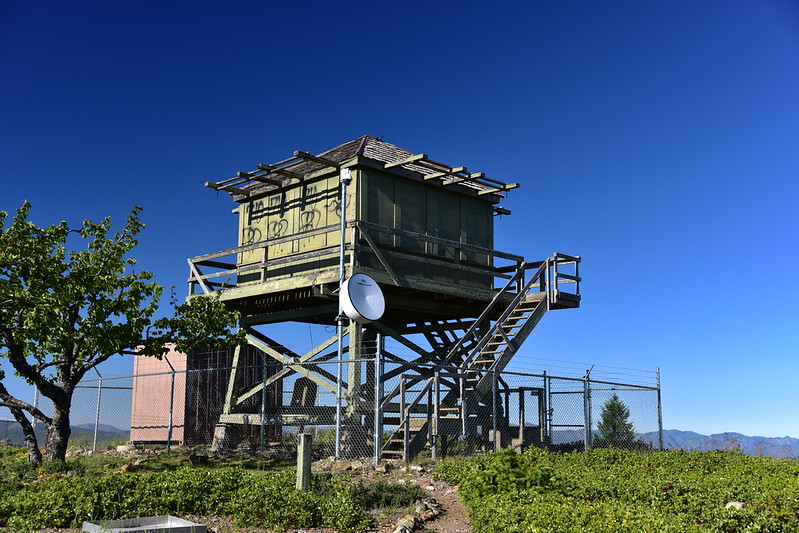 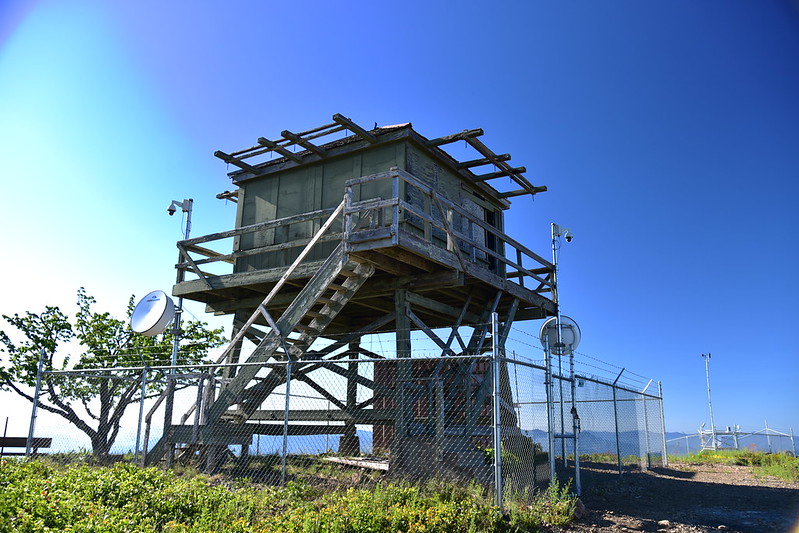 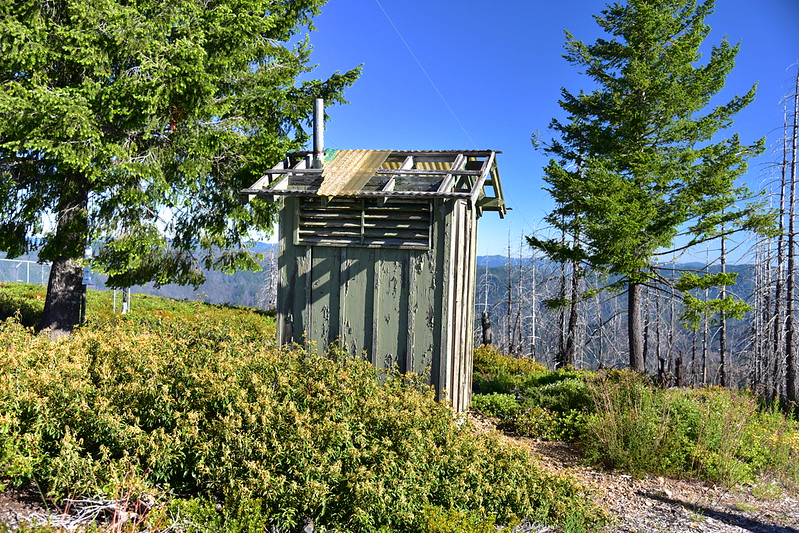 There is some communications equipment up here: 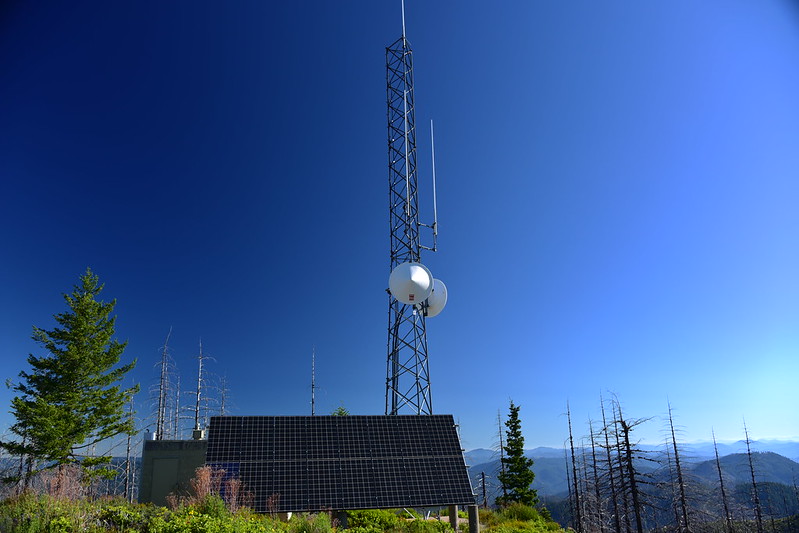 The views are pretty great: 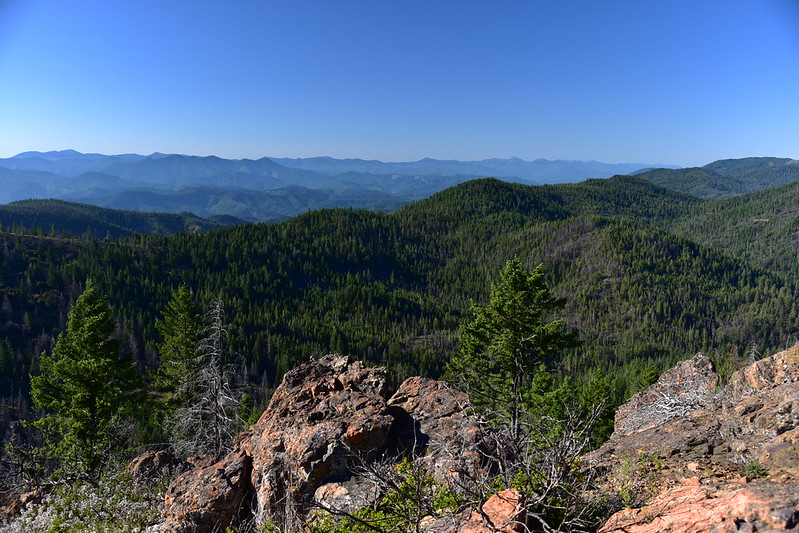 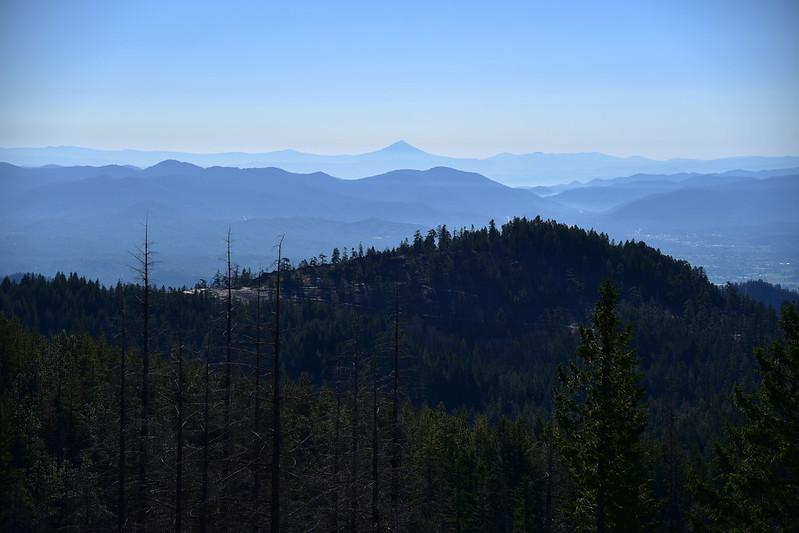 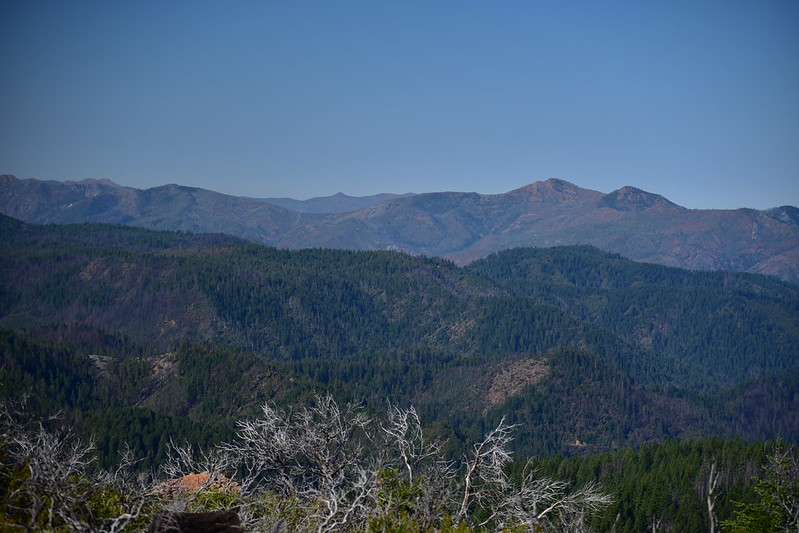 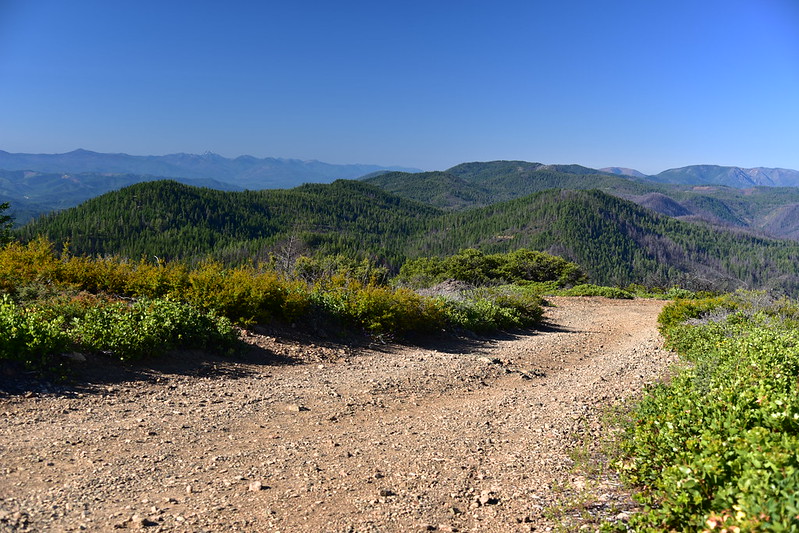 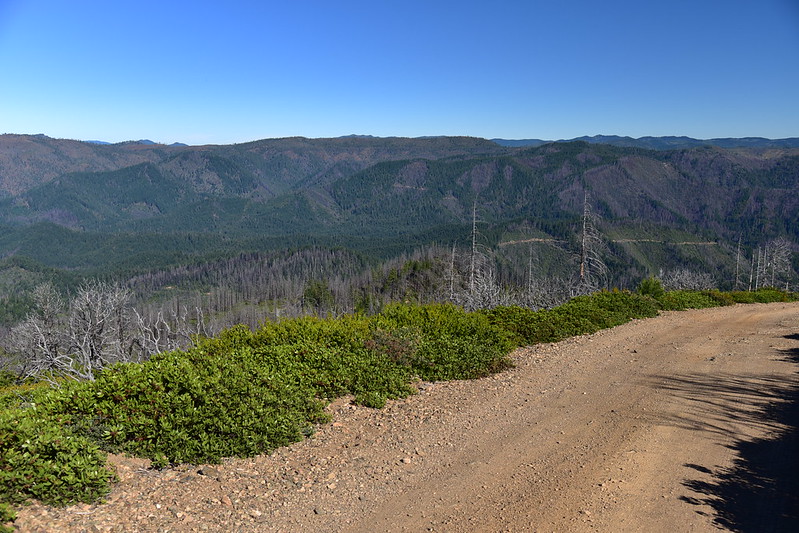