I was camped along the Middle Fork of the Willamette River this weekend and stopped by the Warner Mountain Lookout before heading home. It’s 8 miles of driving on Road 2129, then 3.7 miles on Road 439 before reaching the gate where you have to park and walk the last 0.3mi. The topo maps refer to Warner Mountain, as does the Forest’s Service own website. Yet for some reason the sign along the road says “Warner Ridge.” 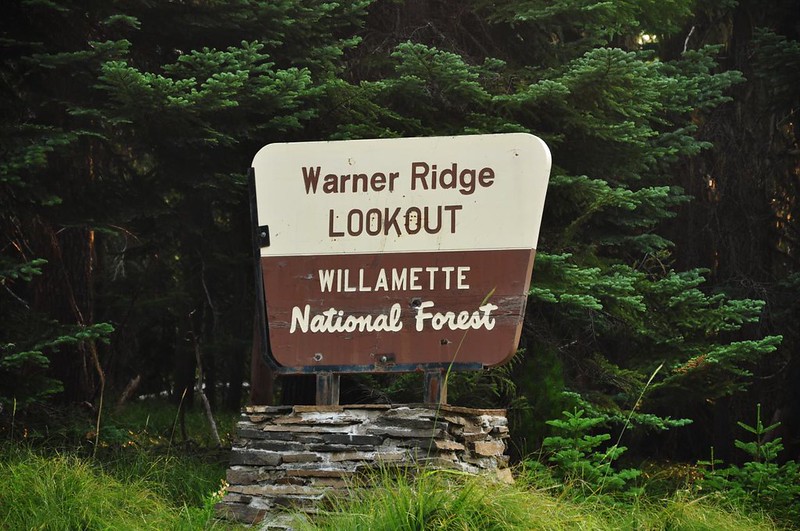 The lookout on Warner Mountain was built in the 1980s from materials salvaged from the Grass Mountain Lookout (after an unsuccessful attempt to move that lookout to Warner). 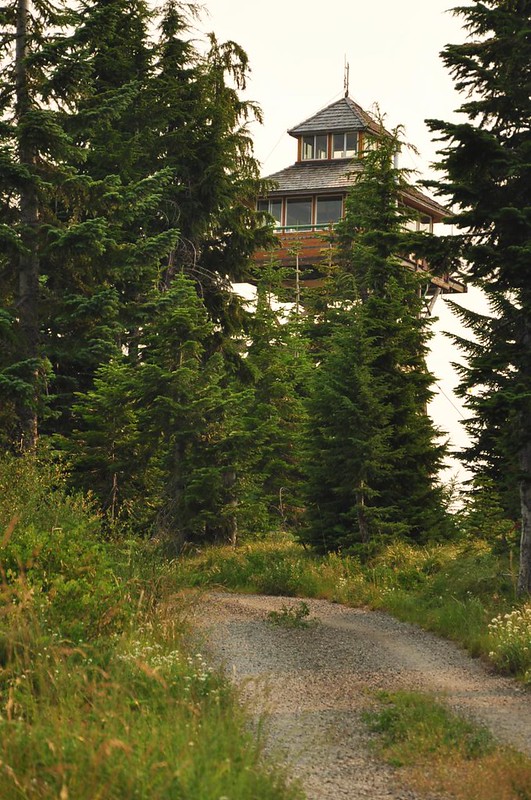 The cupola-style cab is unusual. Usually cupola lookouts are on the ground, not on a tower. But I bet the view up in that snug little cupola is pretty fantastic. 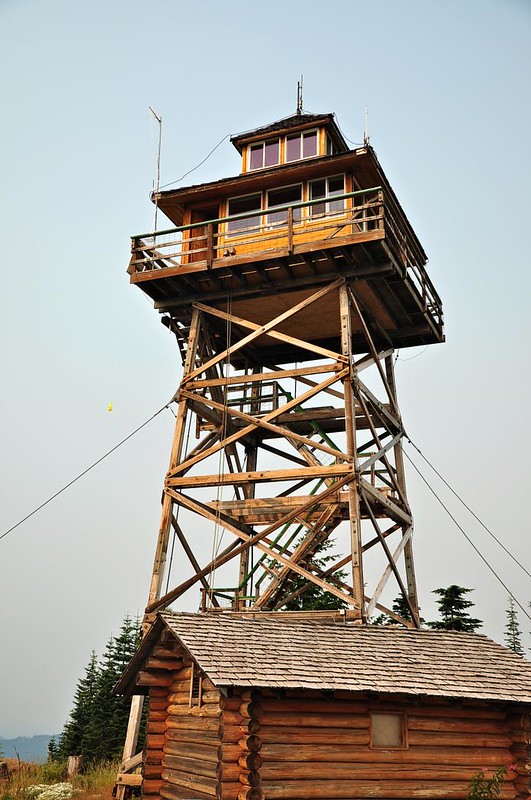 It looks like the Forest Service has done some nice stonework and created a little picnic area in recent years. 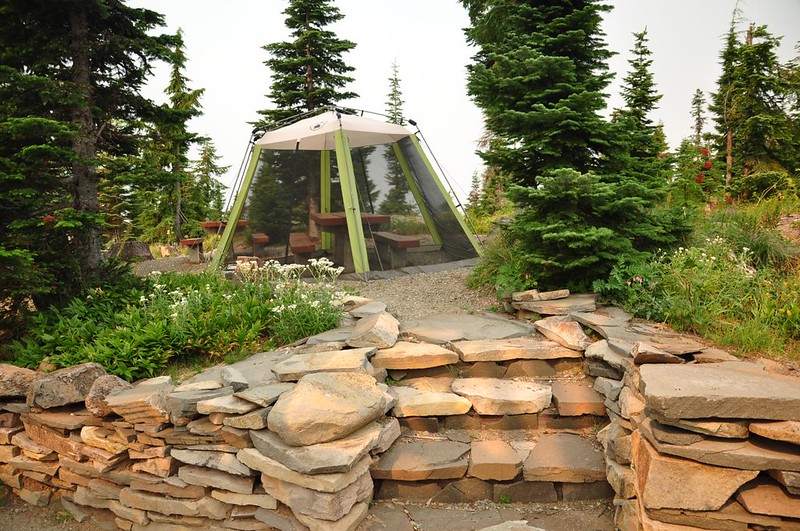 The nice man in the lookout invited me up and we chatted for a bit. He said he was retired and that this was his second summer at Warner but that he had worked at Coffin Mountain back in the 1960s. He had several great stories to tell and I could have chatted with him all morning. I was conscious of the fact that he was working, though, so I tried not to keep him. I wish I had gotten his contact information so I could talk to him some more after summer and write down some of his stories for my book. I did give him my email address, though, so hopefully he will get in touch with me.

There were thunderstorms Thursday night which started new fires in the forest. The view today was incredibly smoky. 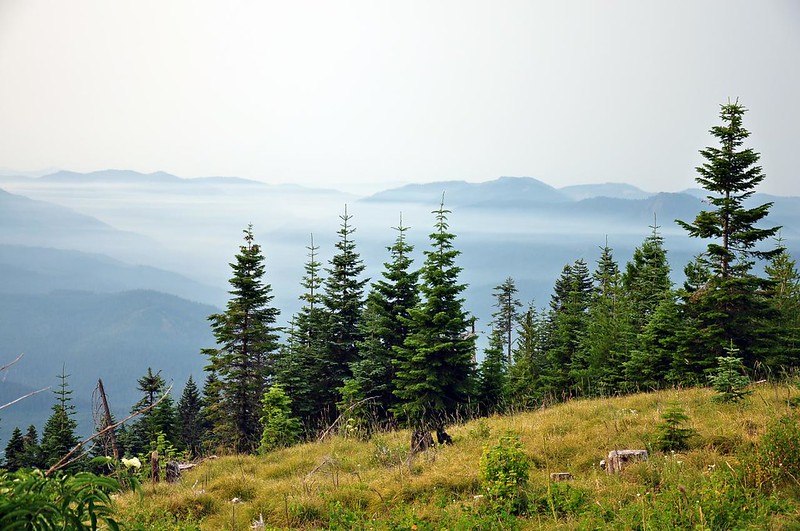 Diamond Peak was shrouded in smoke. 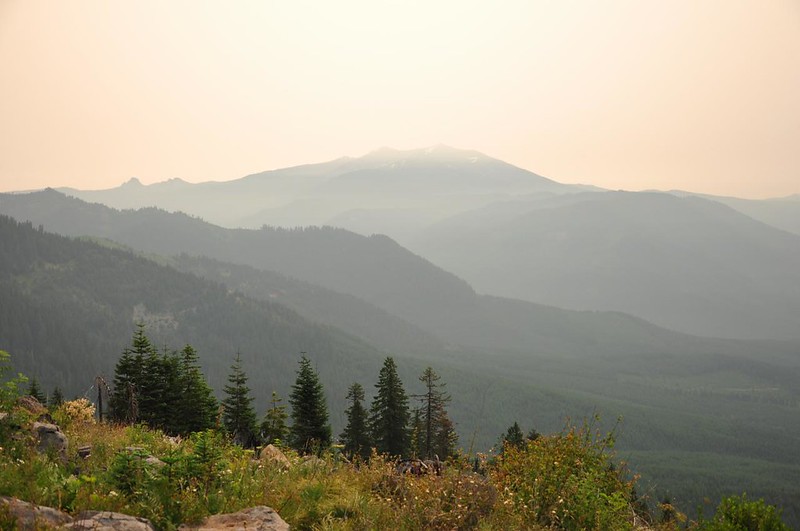 The view was hazy to the west too. 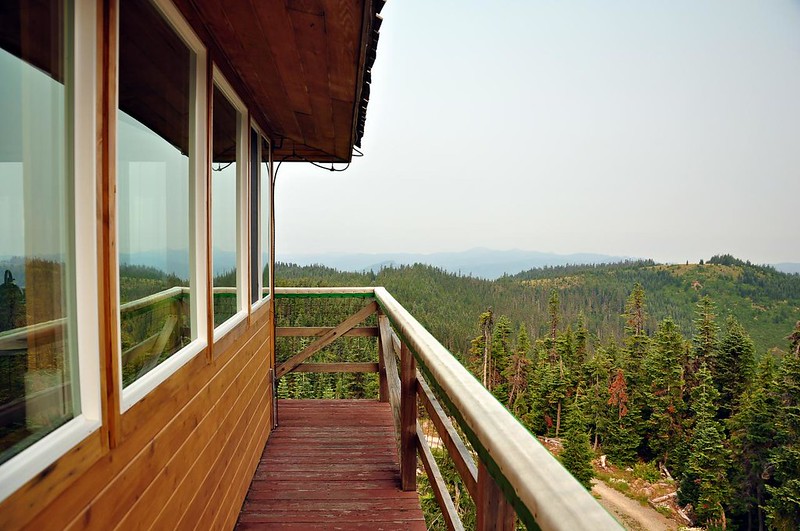 I would love to rent this lookout sometime, but you can only rent it in the winter. Depending on the snow level it can be a LONG trek on skis or snowshoes to get here. But man would it be worth it for those starry nights and snowy landscape.