I attended the Forest Fire Lookout Association Conference in Enterprise, OR. There were several lookout tours and the first one was to the Tope Creek lookout, privately owned by Brian Wizard. (See history section below for how this came to be privately owned.) We carpooled out there, a caravan of vehicles on dusty roads as we drove through the ponderosa pines. 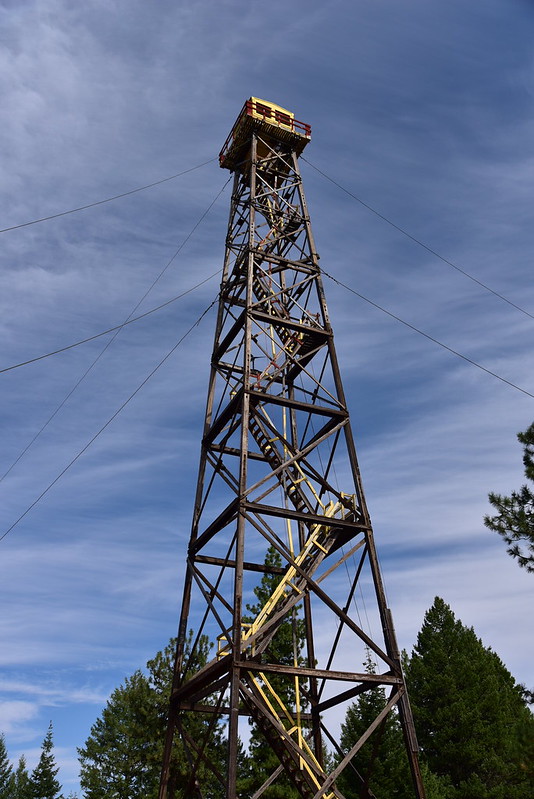 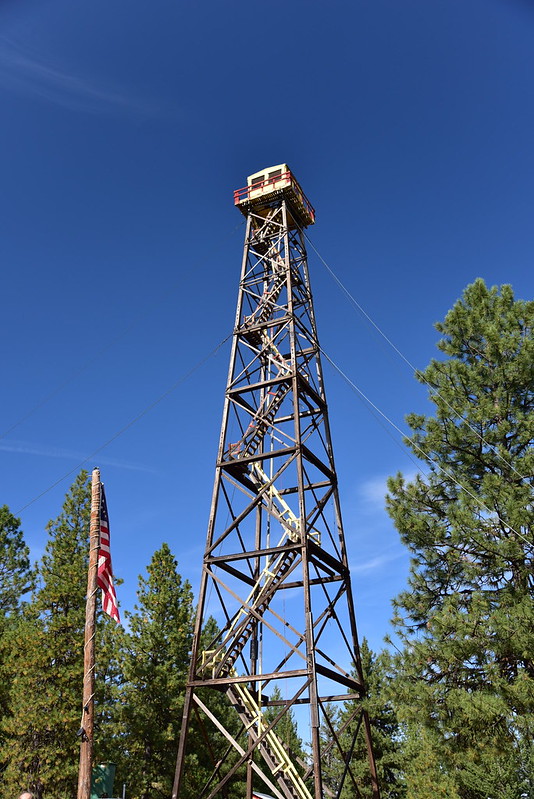 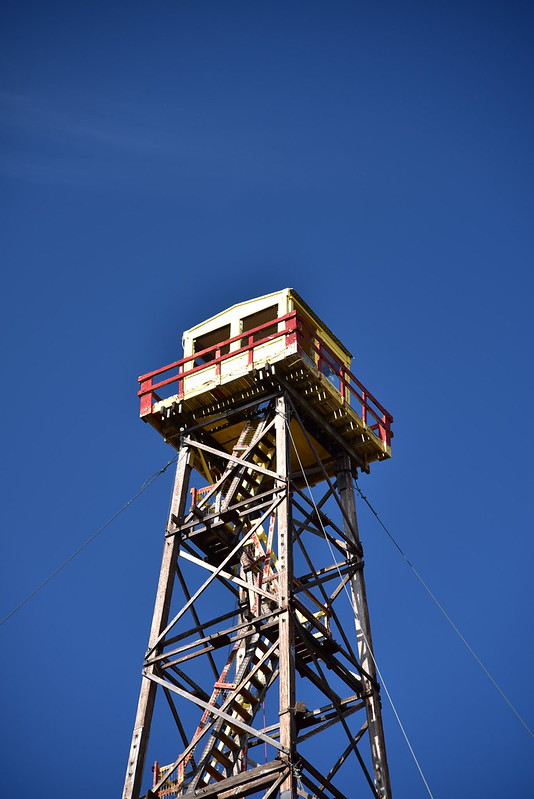 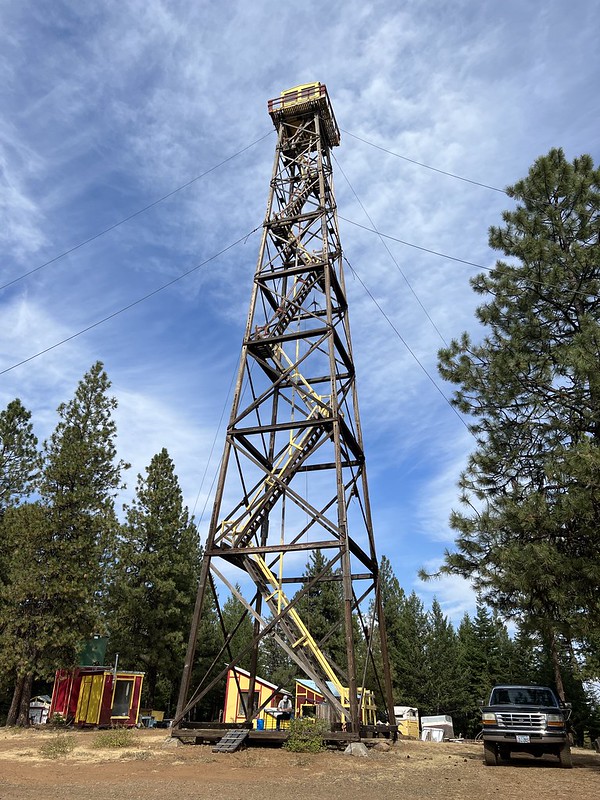 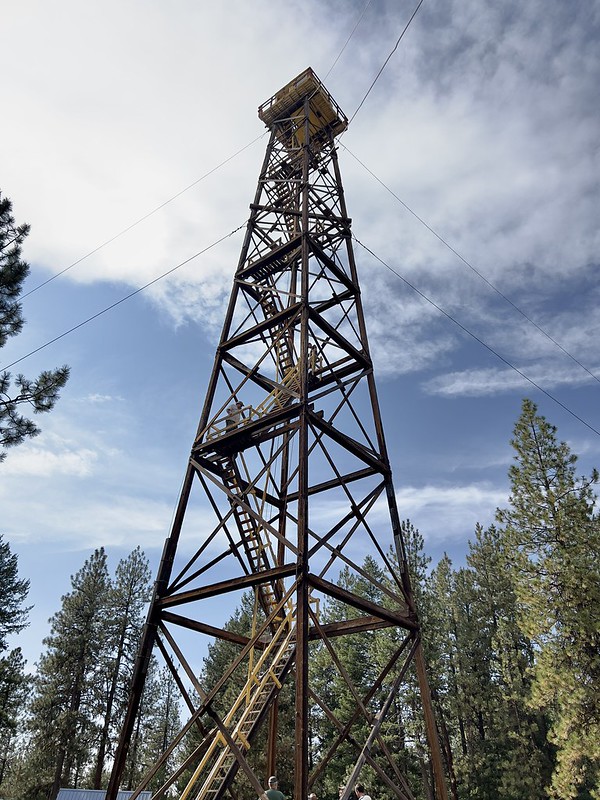 This would have been the living quarters for the lookout back in the day. Brian said it was built in the 1960s: 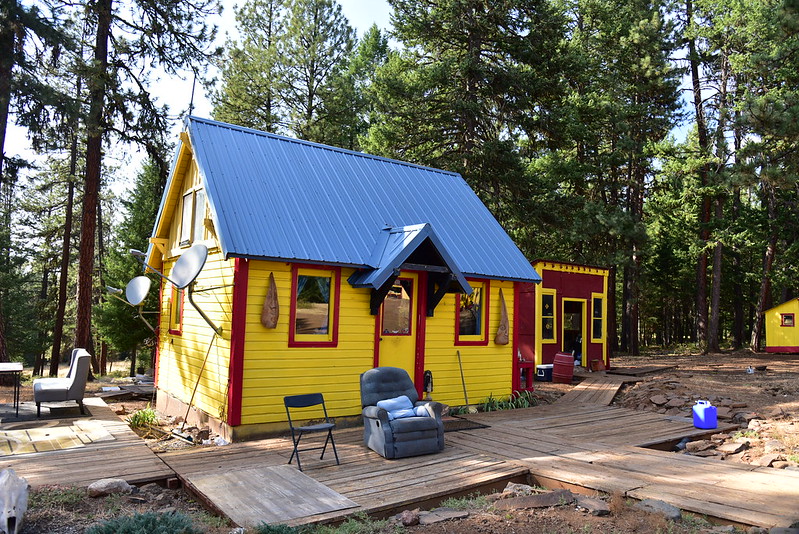 There were several other buildings around that I believe were all added after this became private property: 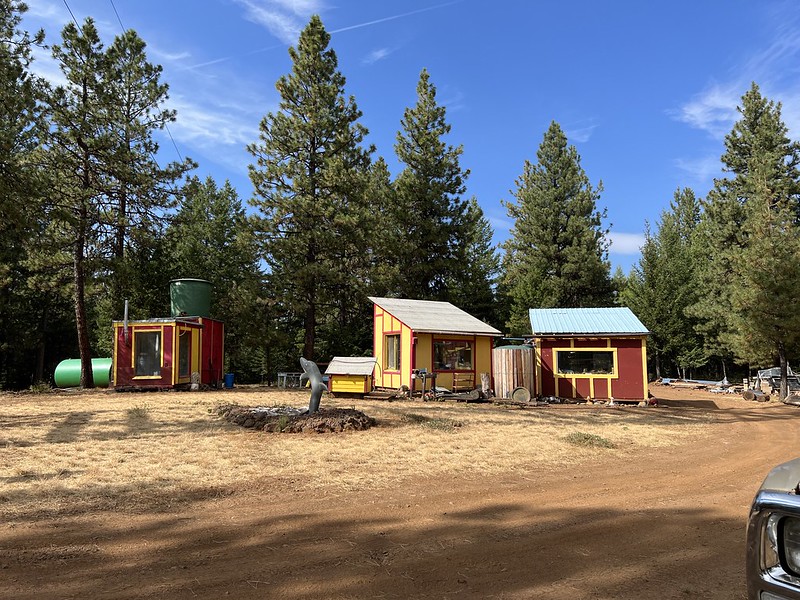 The USGS survey marker is under a hatch at the base of the tower: 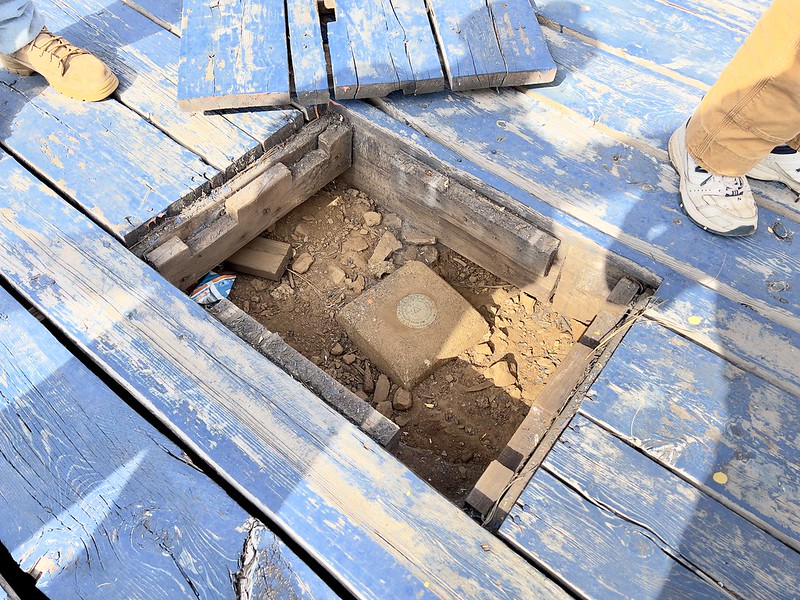 Brian has this photo on display showing a winter wonderland at the lookout. Very pretty! 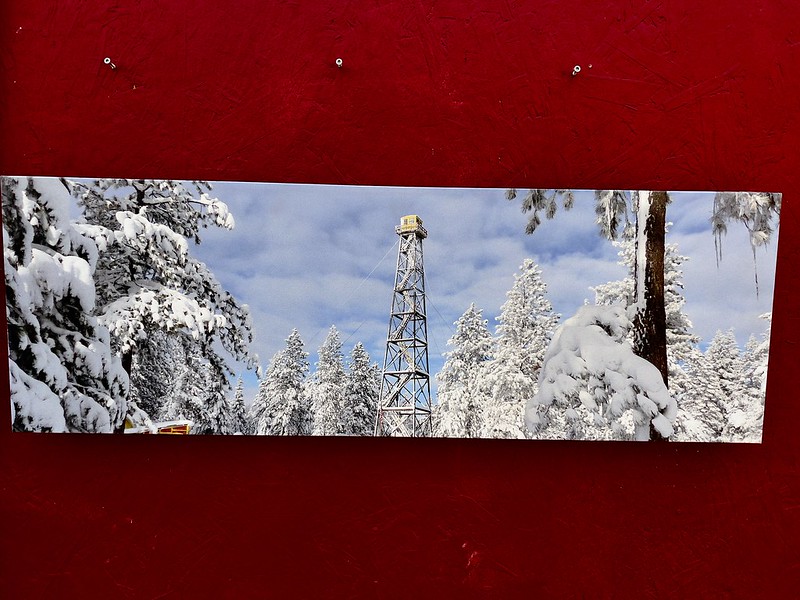 In 1936 the Forest Service built a lookout on Powwatka Ridge, but it was named for the creek that flowed below the ridge. It was later transferred to the Oregon Department of Forestry. In 1984 ODF auctioned off the land and the tower to a private buyer. In 1991 Brian Wizard bought it. The living quarters and cabin had been heavily vandalized and he’s been living here ever since. He wrote an article for the summer 2001 issue of Lookout Network magazine about his restoration of the place.

He tried to sell the property in 2001, but didn’t get any buyers.