A few months ago I had the privilege of talking to Richard Miller on the phone. He used to build scale model replicas of Oregon fire lookouts and I had heard of him while researching my book. I even come across a photo of one his models in the Willamette National Forest photo collection. It was a model of the Frissell Point lookout and the date on the photo said 1982: 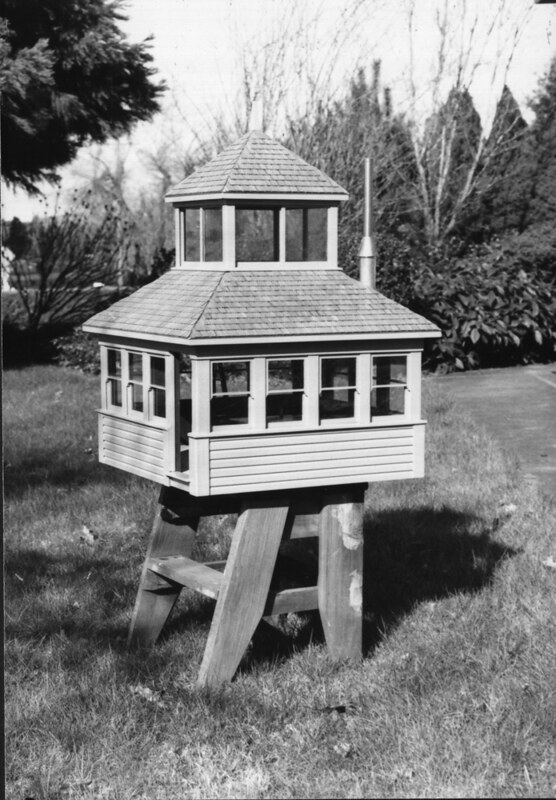 I wasn’t able to connect with Richard before I published my book, but we had a nice chat in November and he told me about his models.

“The first one I ever made I didn’t have any plans. I had seen some and I tried to make it like that.” But his efforts didn’t work out so he burned that one up.

“Then I started going to the Forest Service trying to find plans and at first it was kind of slow and nobody really seemed to take me seriously that I wanted to make models.” He was eventually able to get ahold of some lookout plans. He also met Doug Newman, who had worked on lookouts and wrote the book Finding Fire: A Personal History of Fire Lookouts in Lane County, Oregon. Together they visited fire lookouts, several of which Richard later built models of.

“I think I’ve made about 13 altogether,” he said. “I built them an inch and a half to the foot, bigger than dollhouse size.”

He was meticulous in his construction. “I don’t just take a piece of plywood and try to cut out windows,” he said. “I cut out little miniature 2x4s and whatever else. I was real particular about getting them the right size. I even used a micrometer to measure them sometimes. I made sure everything was square and plumb and level.” He said most of his models took six months to construct.

This undated picture (a photocopy that he sent me) shows Richard and some of his models: 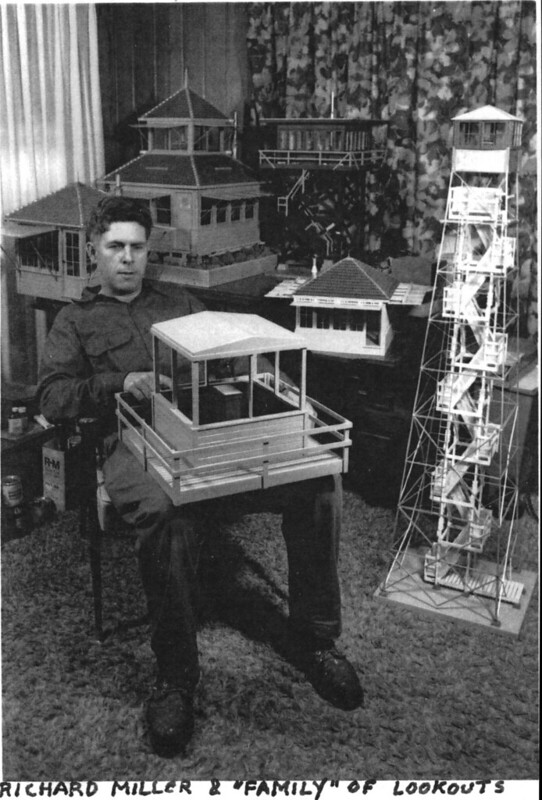 He never worked in a lookout, but helped with the restoration of the Sand Mountain lookout. “I made the furniture for it with plans from the old days.”

The ranger station near the town of Oakridge (called the Middle Fork Ranger Station these days), burned down in 1996, but was later rebuilt. “That’s where two of my lookout models are. After the fire, luckily.” A photo of one of those models is here.

He doesn’t have any of his models anymore. “Different people have bought them, mostly people in the Forest Service.” The last model he ever completed was Tidbits, sometime in the late 1990s:

He doesn’t build any new models anymore. He no longer has a shop and he got rid of his tools when he moved to Eugene a few years ago. At 76, he doesn’t get out on the trails much anymore either. He doesn’t remember where all his models have ended up over the years, but I hope that they are still intact out there. Below are a few more photocopied pictures he sent me. 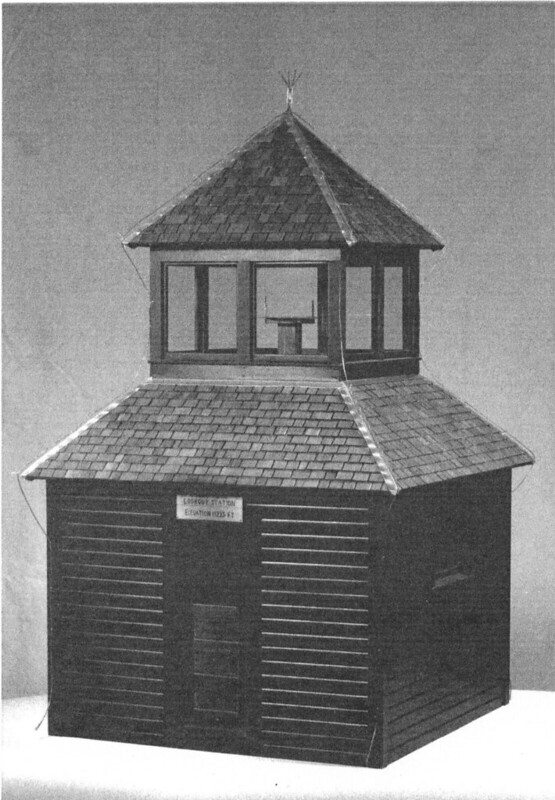 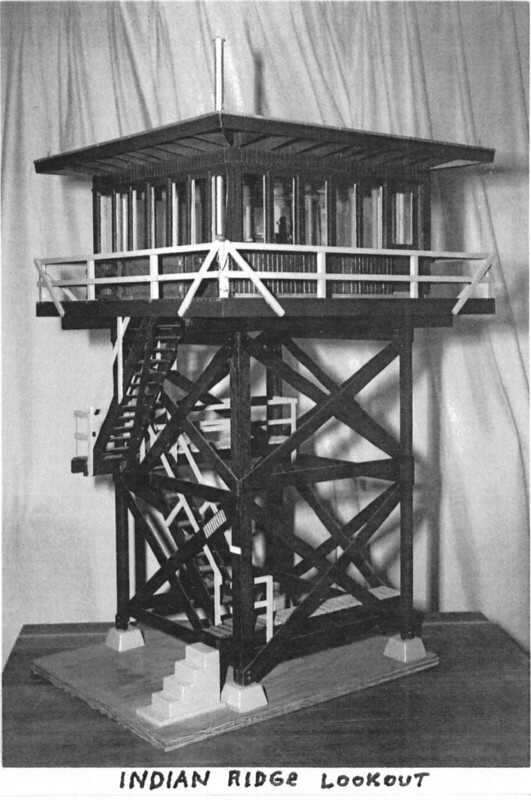 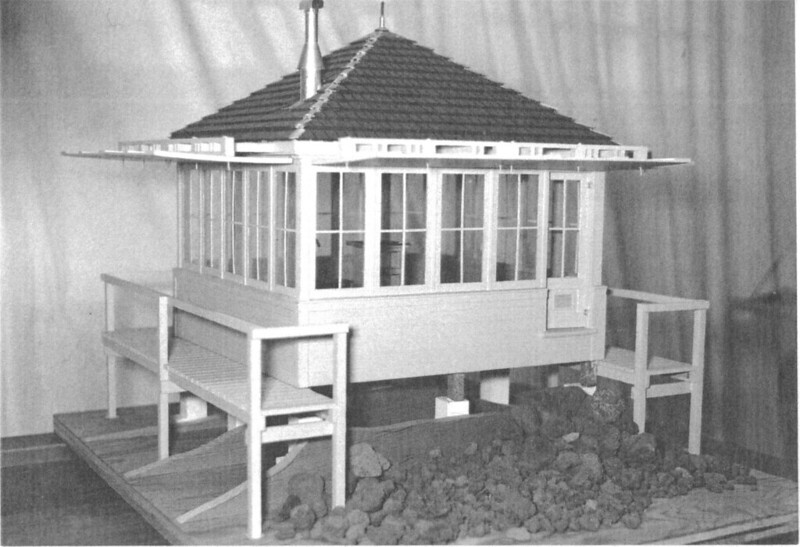 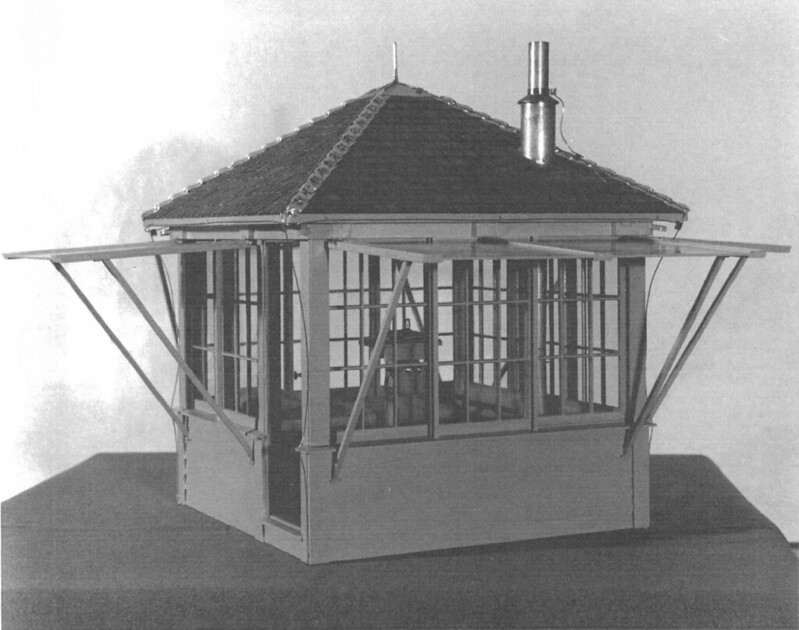 This photo shows the model for Garwood Butte under construction:

After we talked he later sent me a list of all the models he ever made: