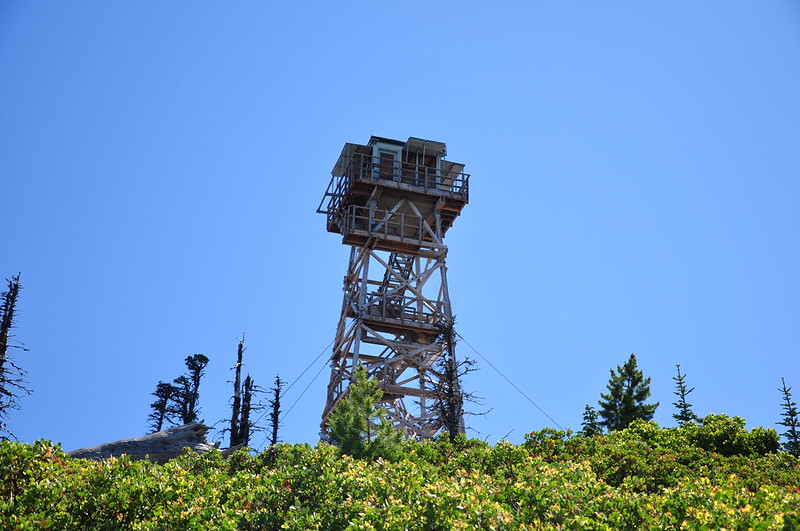 After attending the Sand Mountain anniversary celebration at the Fish Lake Historic Site, I decided to go for a hike, so I headed over to Black Butte. A road gets you most of the way to the top, then you have to hike the last two miles. It’s a hot, steep, dusty climb and only the first part is in the trees. Then the trail passes through a long stretch of open shadeless terrain, skirts through the edge of the  2009 Black Butte II burn, and then reaches the summit. 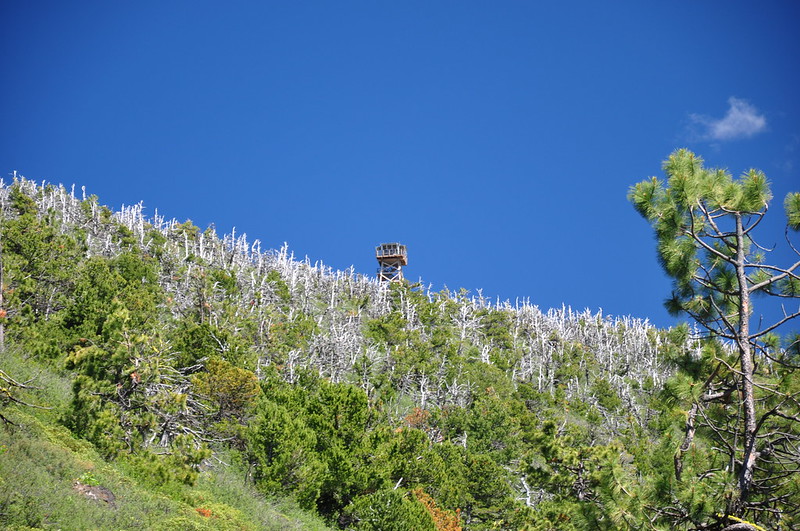 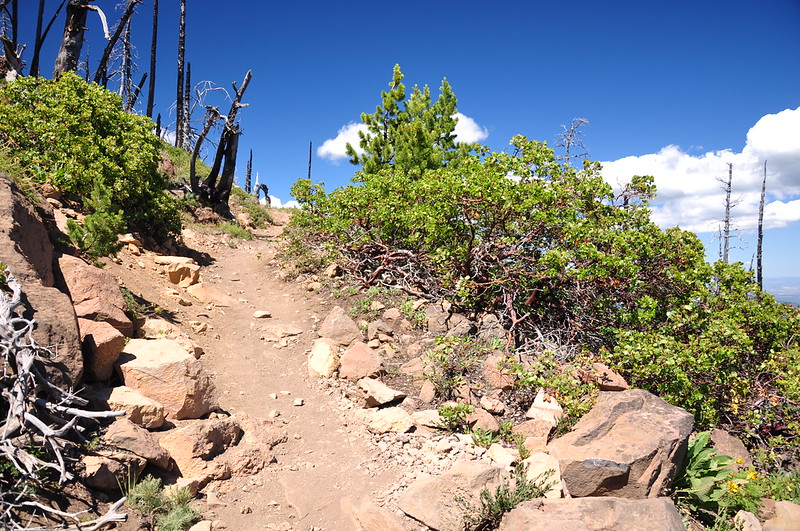 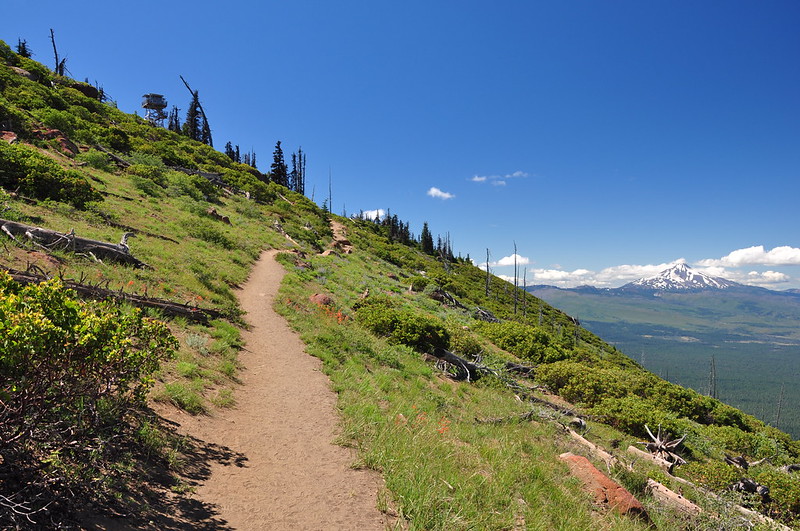 It was, unfortunately, a cloudy day, so views were limited. Mt. Hood: 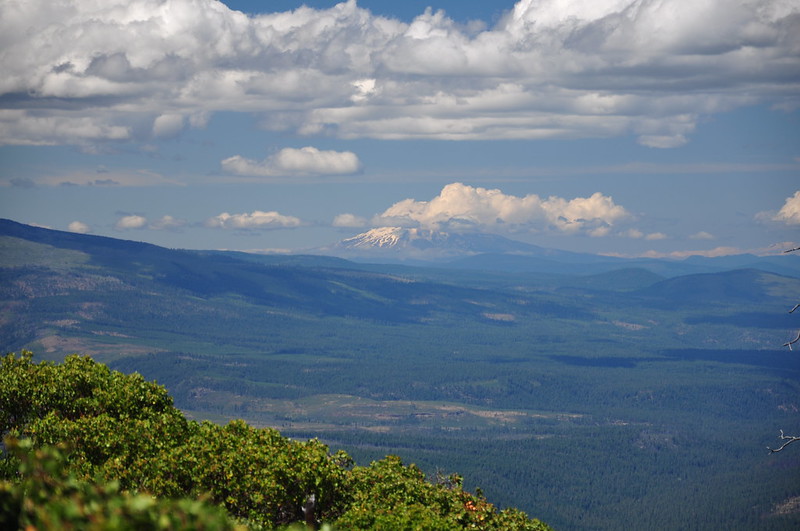 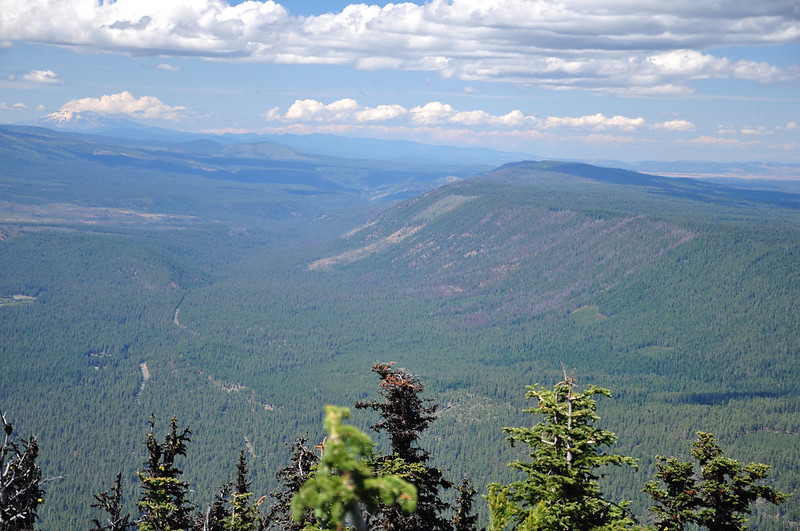 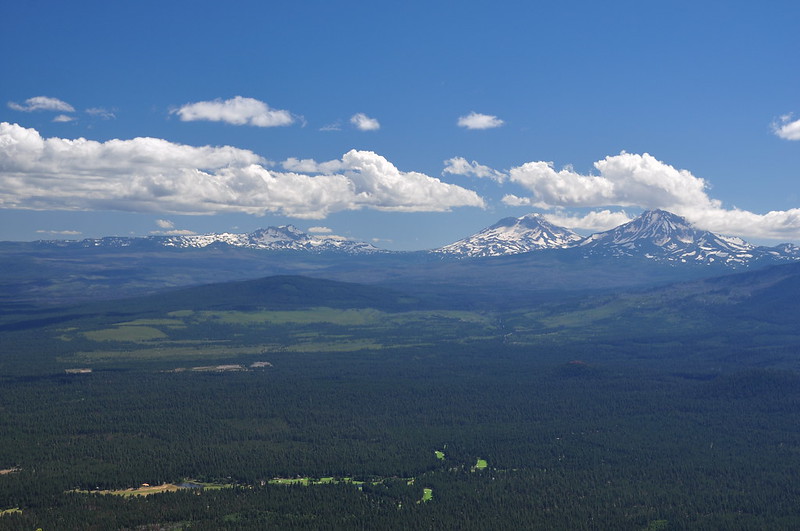 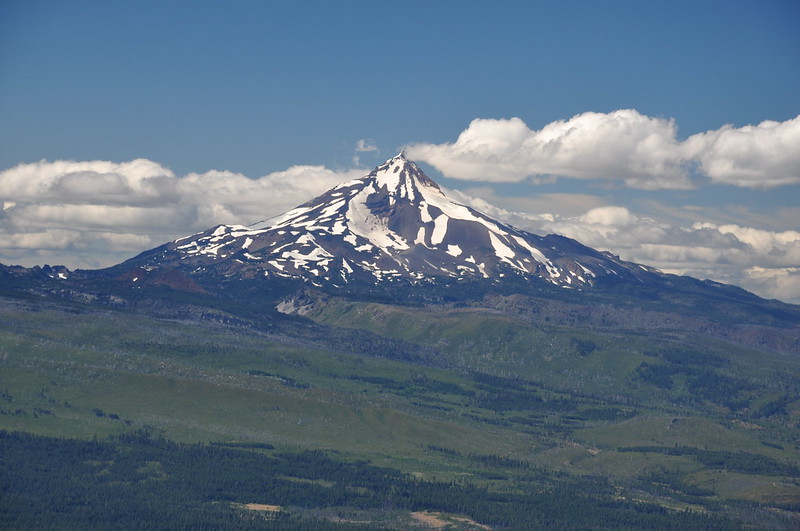 Looking southeast out over the flat eastern side of the Cascades: 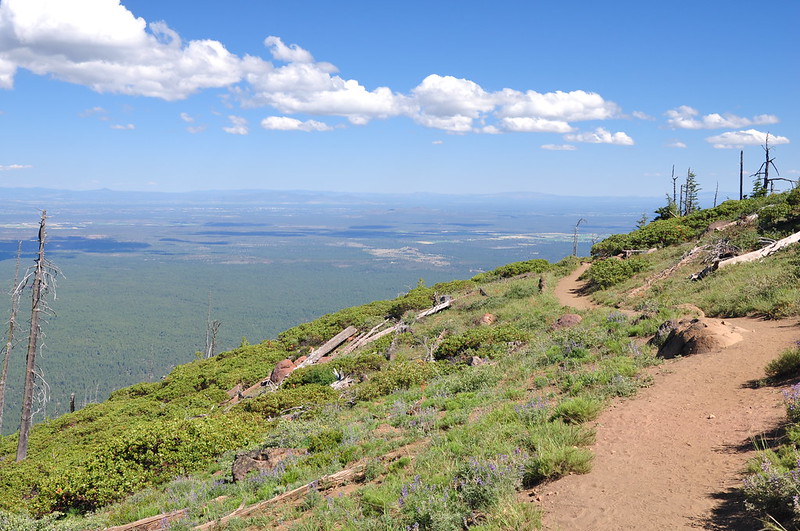 There were plenty of golden mantled ground squirrels around. People have clearly been feeding them, unfortunately. 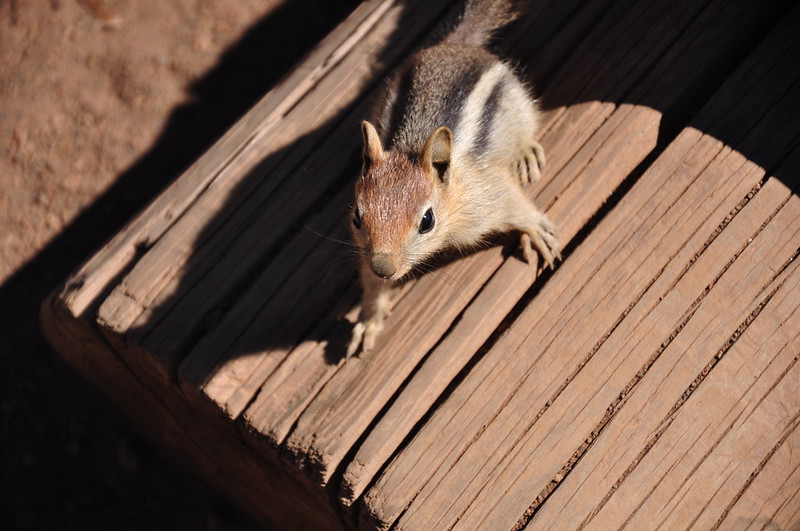 Black Butte has been a lookout site since 1910. According to Historic Fire lookouts on the Deschutes National Forest, “two lookout trees constructed by Forest Ranger Harve Vincent in 1910 are the earliest recorded lookout structures on the butte.” In 1919 a new tree lookout was built, a platform supported by the trunks of four trees. “The remnants of a tree lookout on the butte may be this structure.” I didn’t know about this when I was up there, but here is a 1991 photo from the Forest Service: 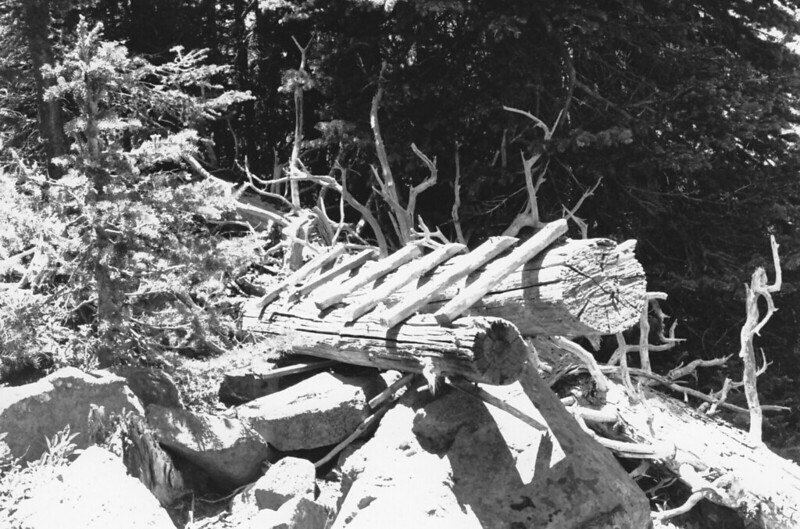 Around 1923 a D-6 cupola was built. It still stands but is in pretty bad shape. 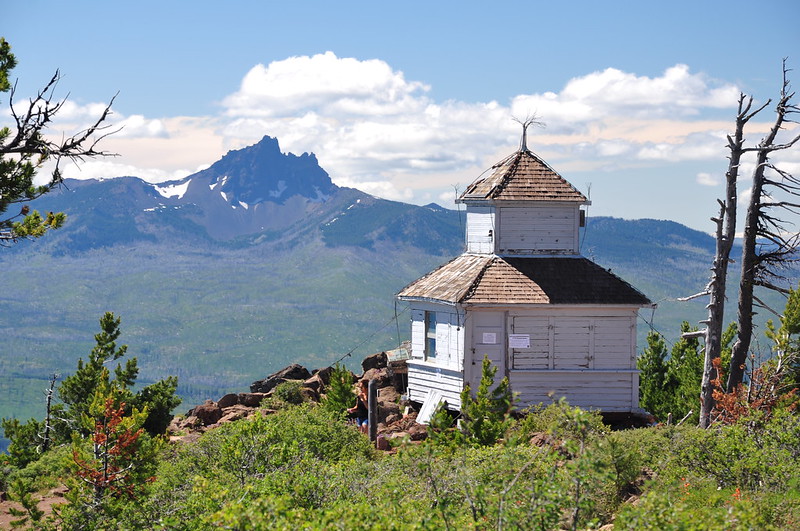 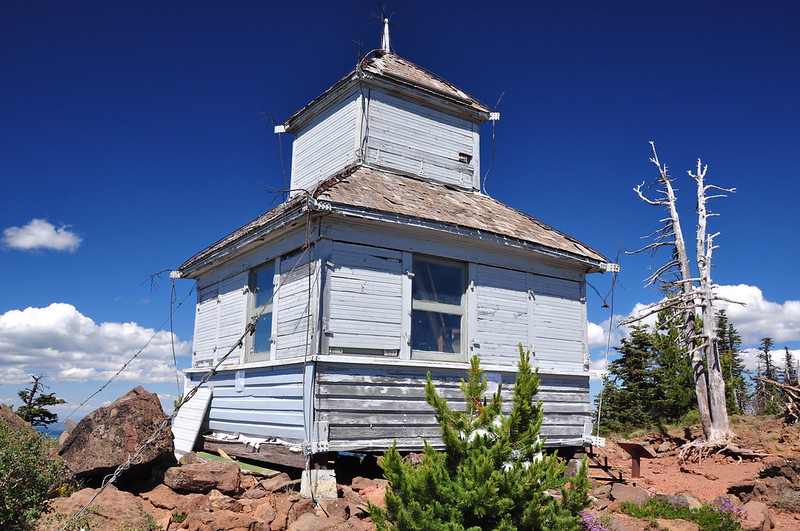 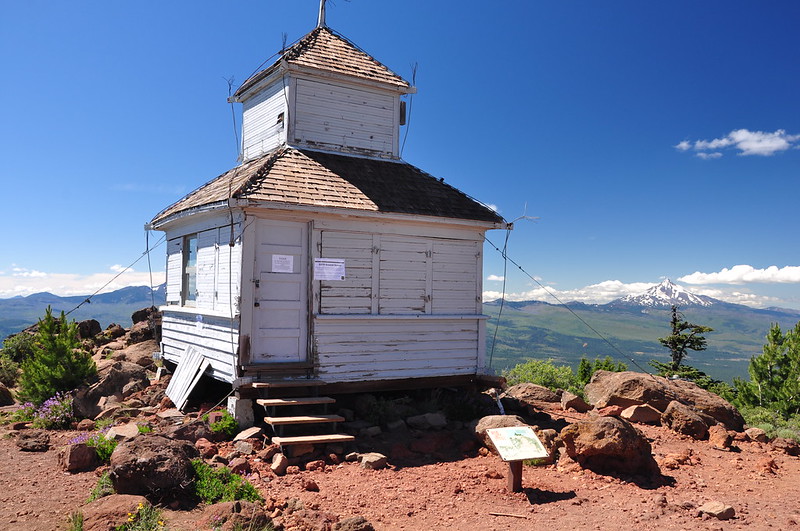 The signs you see in the pictures above instruct people to not pry off the shutters and inform people that the nearby cabin has been condemned. 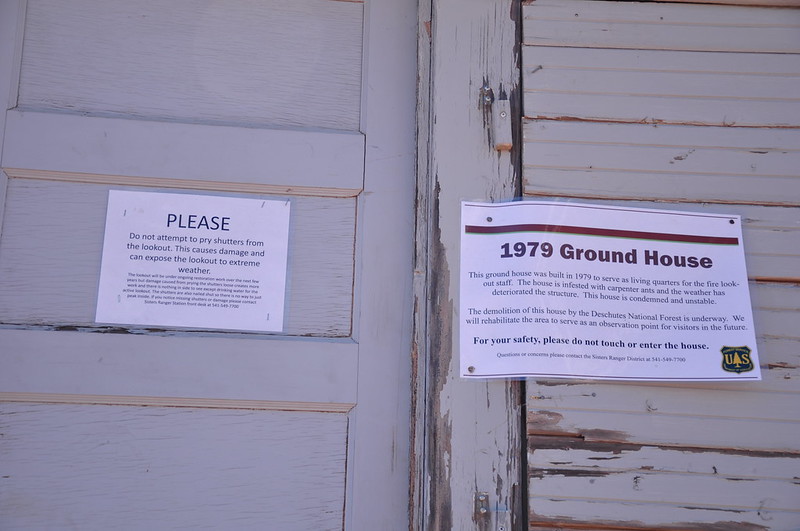 The cabin in question sits nearby. It was built in 1979 with help from the Young Adult Conservation Corp and served as living quarters for the lookout. It hasn’t been used in quite some time, but the sign telling people not to disturb still stands, which is odd. 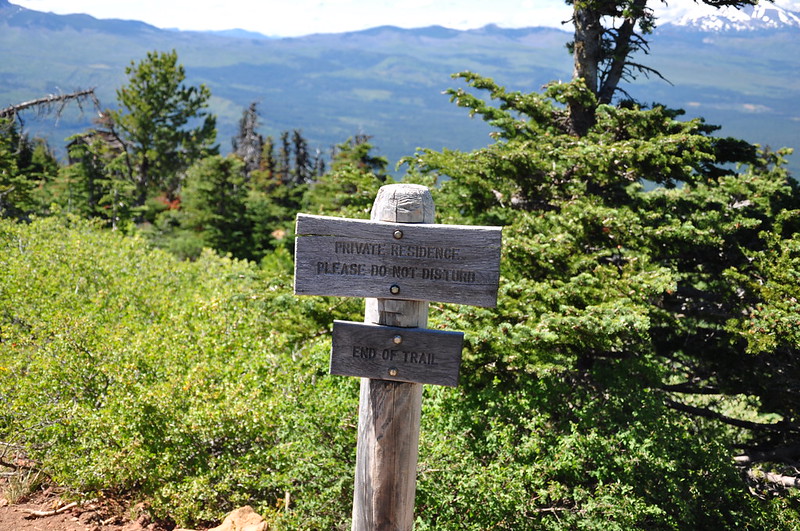 The cabin is in bad shape. It’s too bad the Forest Service can’t fix it up, instead of having to condemn it. 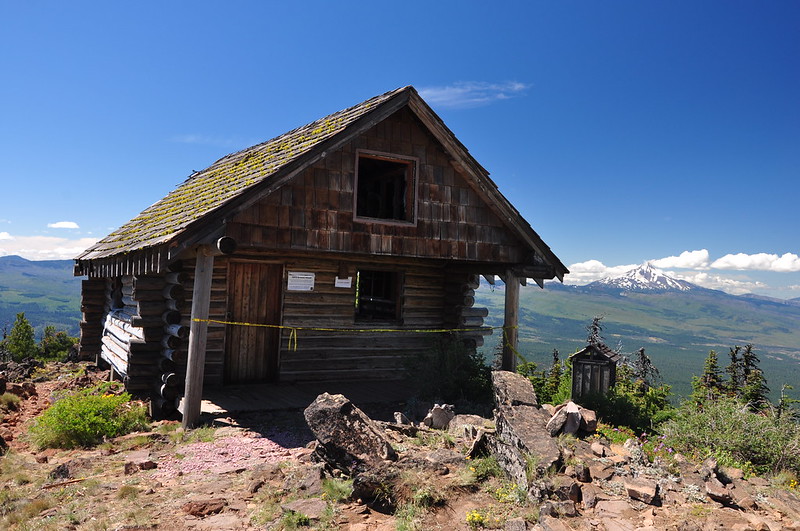 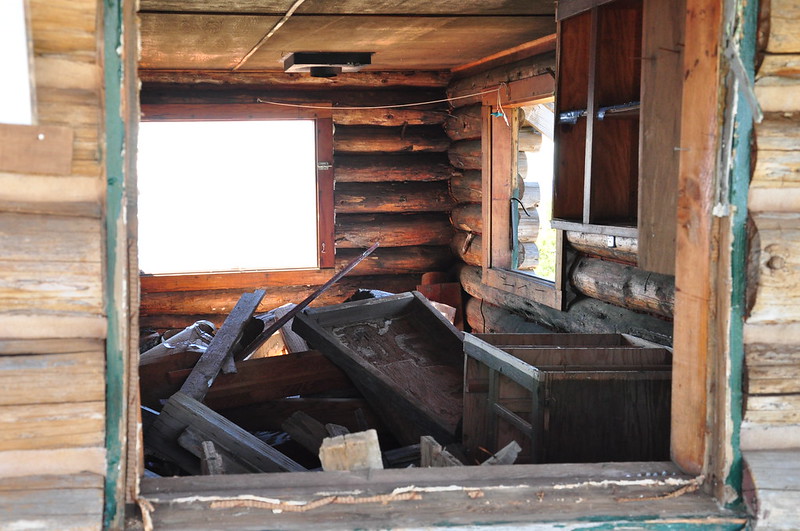 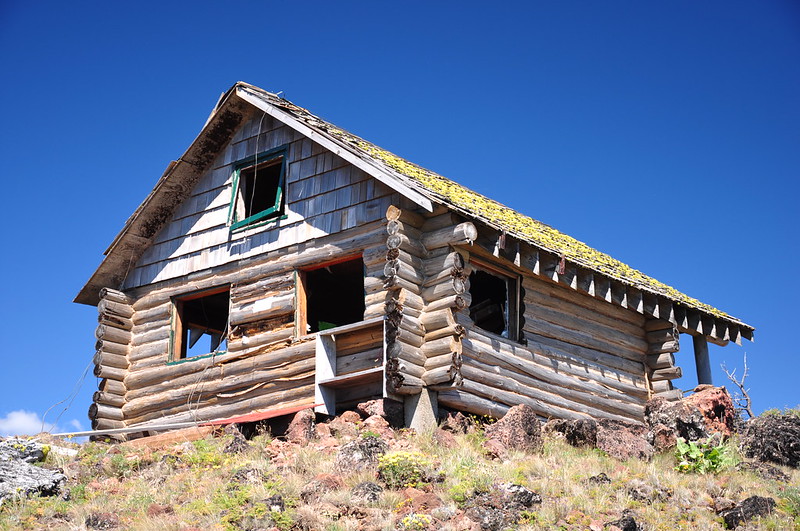 The 35′ tower that was built in 1995 is staffed in summer. The trail used to go near this tower, but was re-routed in 2011 to decrease disruption to the lookout. 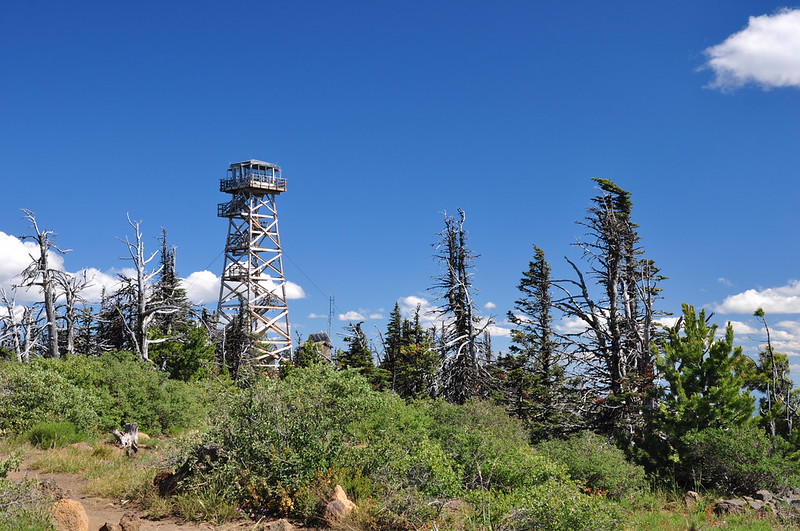 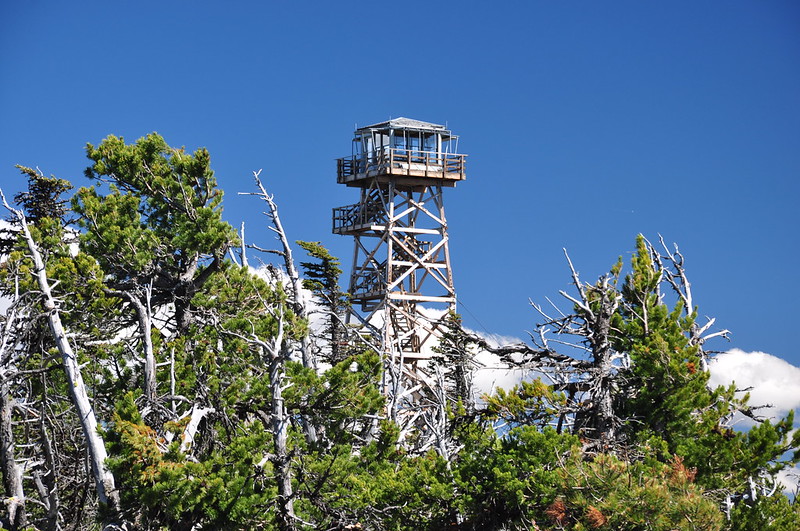 There was yet another lookout up here once. In 1934 the Civilian Conservation Corps built an 82-foot-tall timber tower with an L-6 cab. Again from Historic Fire lookouts on the Deschutes National Forest: “It was estimated that the tower would require over 300 pack loads of materials brought up the four-mile trail; it ended up taking over a thousand. Because many of the timbers were so long, the horses and mules had to be unloaded and reloaded to negotiate some of the switchbacks.” It took 1,491 man hours to assemble and erect the tower, shown below in 1991, by which time it had been condemned due to dry rot and instability. Unlike most lookouts, the hatch from the stairs comes up through the floor of the cabin rather than the catwalk, and access to the catwalk is through a window, rather than a door. 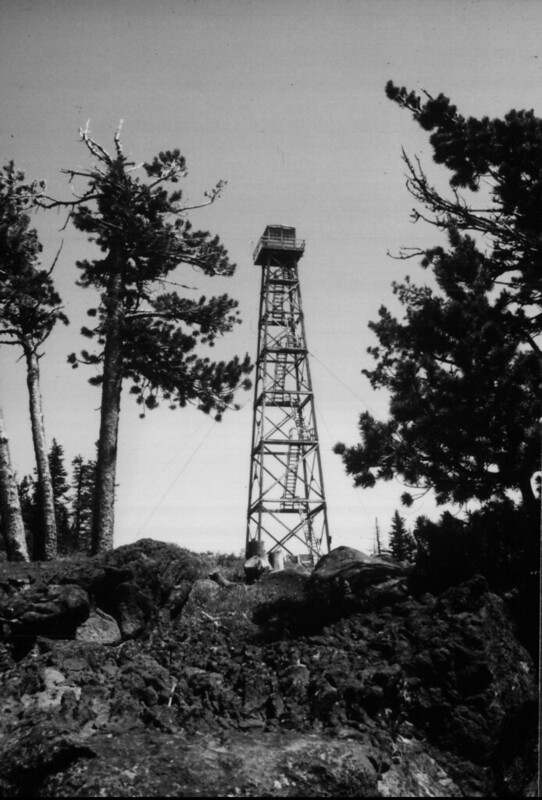 The concrete foundation footings from that tower still remain. 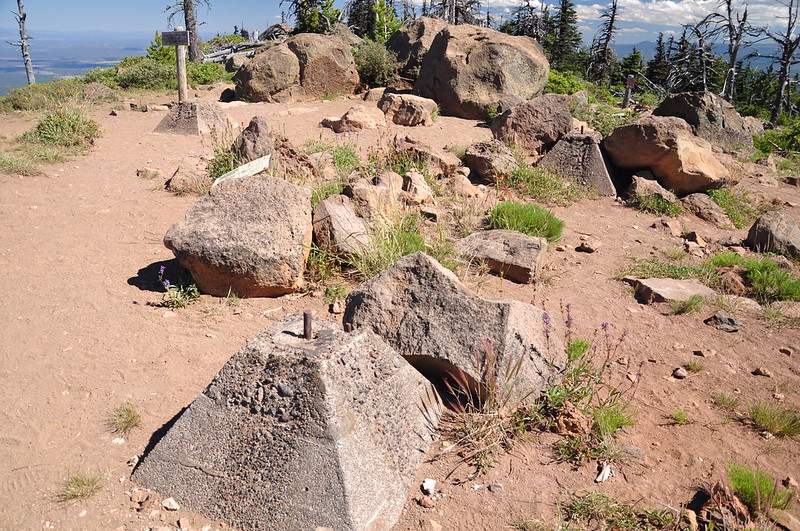 There’s a pile of lumber nearby and I wonder if it’s from that 1934 tower. 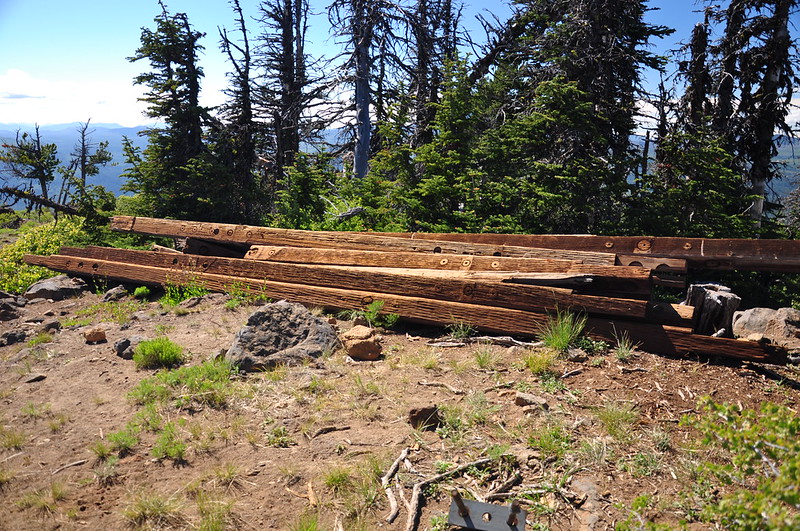