I attended the FFLA Western Conference in John Day this past weekend (more details here). Friday afternoon we visited two lookouts off of Highway 395. The first was Ritter Butte, which is the closest lookout to a paved highway I’ve ever visited. It was built in 1950. There was no one there when we visited, but I heard that it would start being staffed in the next week. 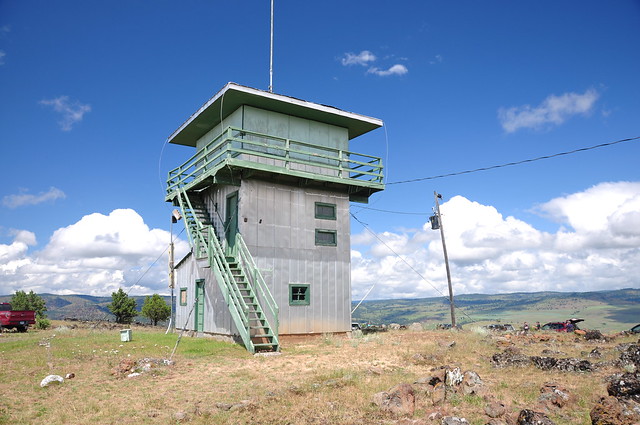 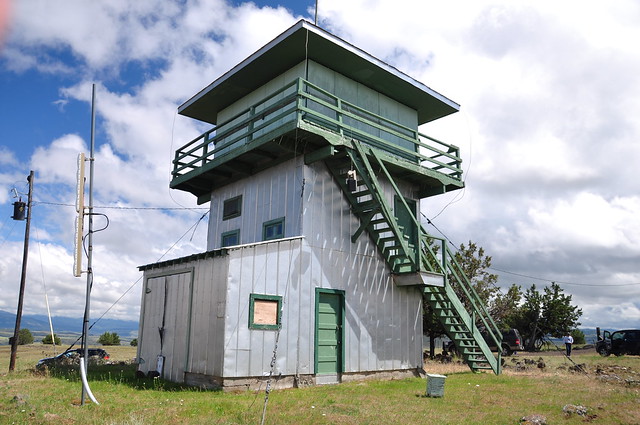 The views of the surrounding area were pretty nice. 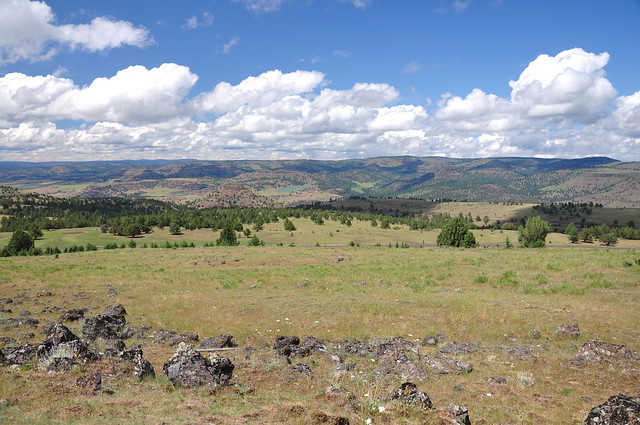 A partial view of the caravan of cars that trekked up to the butte (there were too many to fit in one photo): 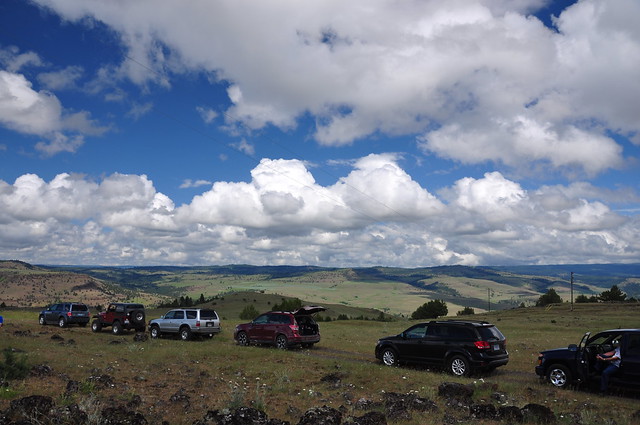