The lookout on Red Mountain was built in 1928 and there it stood for 57 years. In 1985 the Forest Service moved it off the mountain on a flatbed trailer. 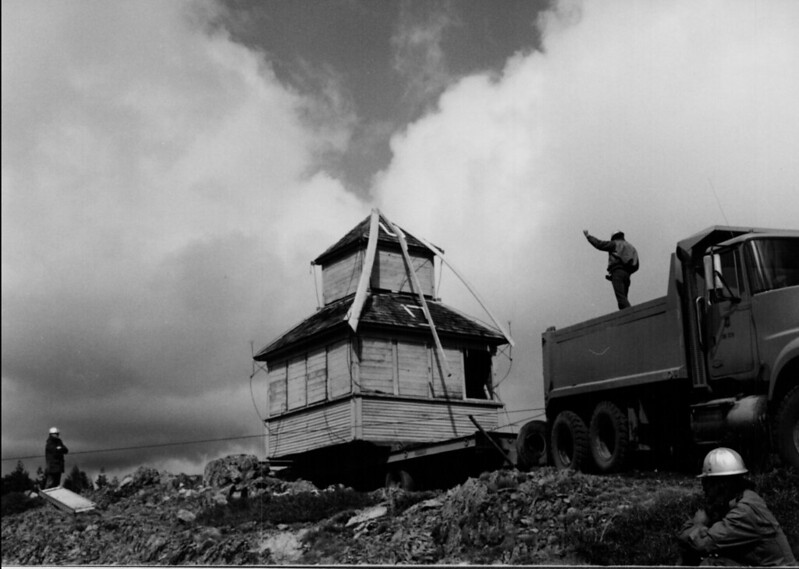 They set it up at the Tiller Ranger Station as an exhibit and it’s still there. After staying at Pickett Butte for three nights we stopped here on our way out. It’s in great shape considering it’s almost 90 years old! 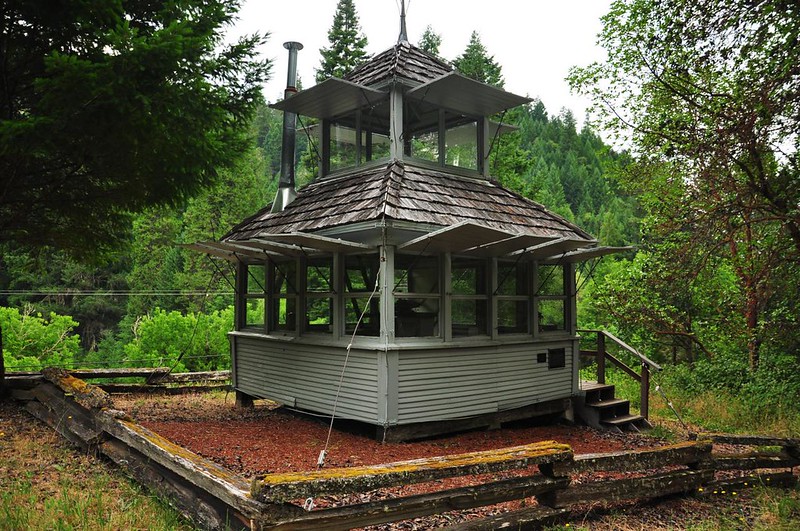 The lookout was locked up. Not sure if it’s unlocked on weekdays, but we could still see inside. There’s a plaque on the outside wall explaining the history. 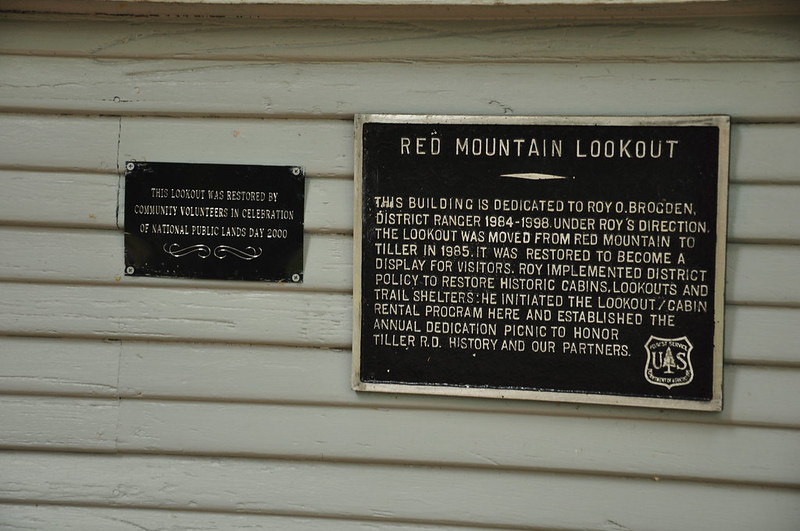 August update: On August 5 the Forest Service wrapped the buildings at Tiller Ranger Station, including the lookout, when the Stouts Fire got a little too close for comfort. Fortunately it never reached the ranger station.