In September 2012 I visited Fivemile Butte to find the geocache there. No one was staying in the tower at the time and the catwalk is locked when no is around, so I admired things from the ground.

Six months ago my sister and I made reservations to stay at the lookout at the end of March. We expected to be snowshoeing from Billy Bob Sno Park, but we ended up having a very dry winter with very low snow pack, so we were able to drive right up to the tower when we arrived on Sunday. 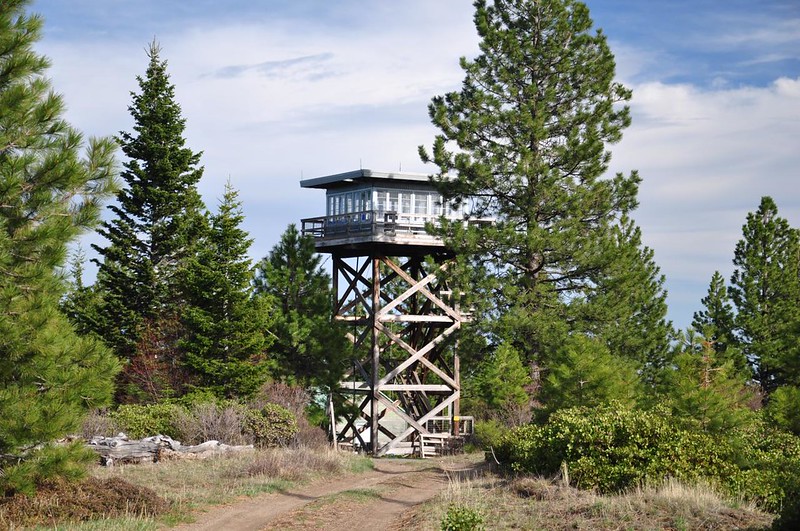 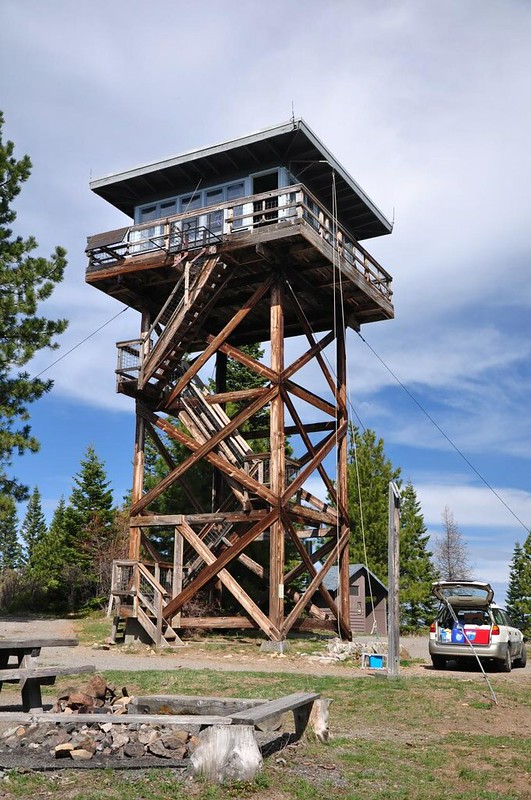 The cabin was well-appointed with a double bed, propane cooking stove, wood stove, and a table and chairs. 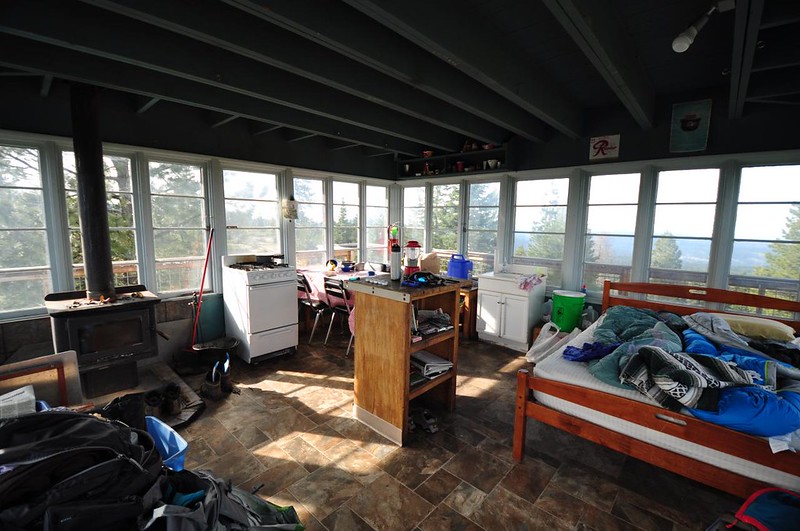 It was a gorgeous, warm, sunny day with no wind. It felt like summer! After unloading the car we sat out on the catwalk reading, napping, and enjoying the views of Mt. Hood to the east… 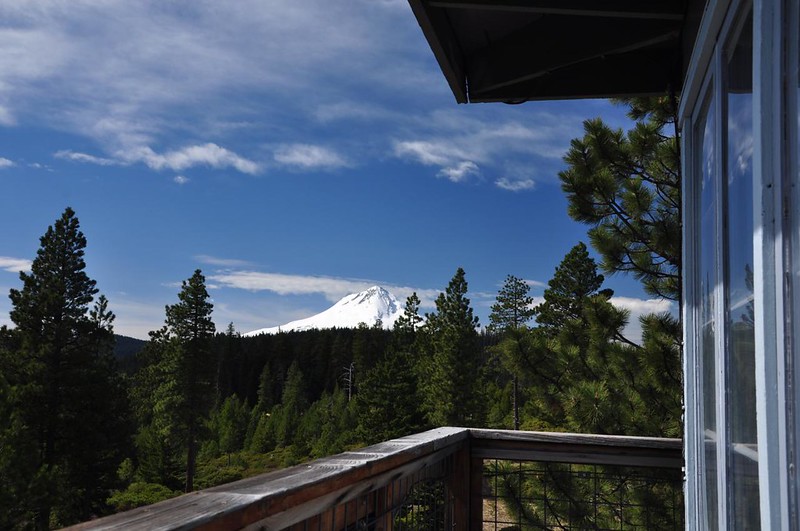 …and Mt. Rainier and Mt. Adams to the north: 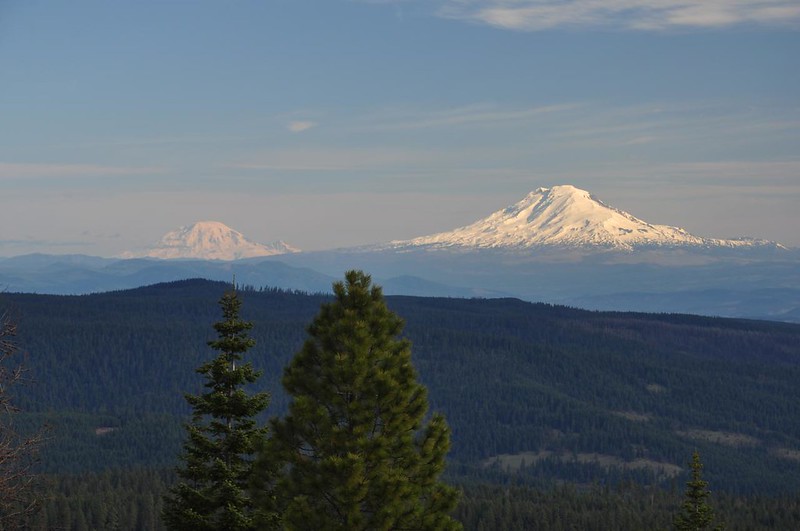 I spent some time enjoying the journal entries from previous renters. I always like reading those when I rent a lookout. Unfortunately every page of every journal was full, prohibiting us from contributing. Fortunately I had a small Moleskine notebook in my pack and I donated it to the lookout to serve as the next journal. 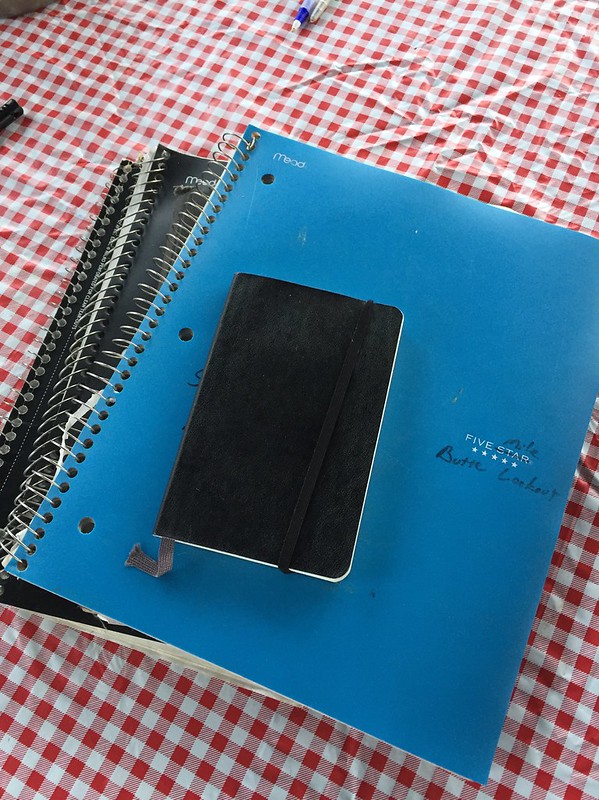 Late in the afternoon we took a short jaunt along the Eightmile Loop Trail. Saw lots of manzanita blooming: 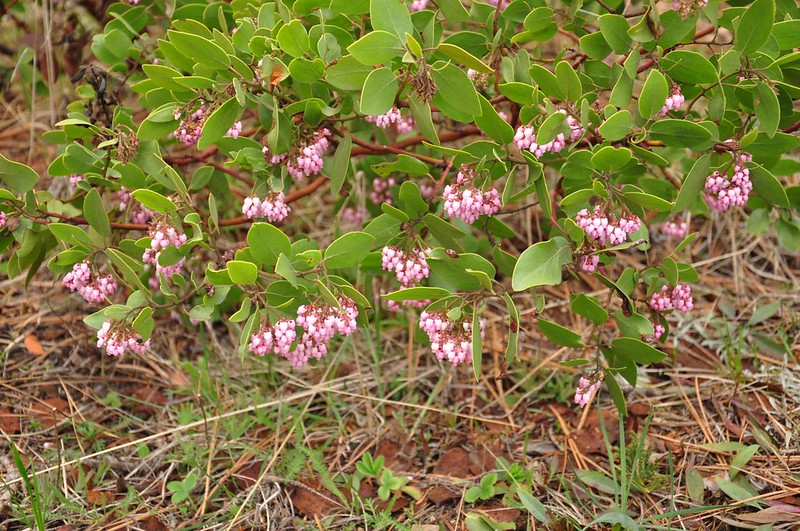 Walking the trail, with Lookout Mountain in the distance: 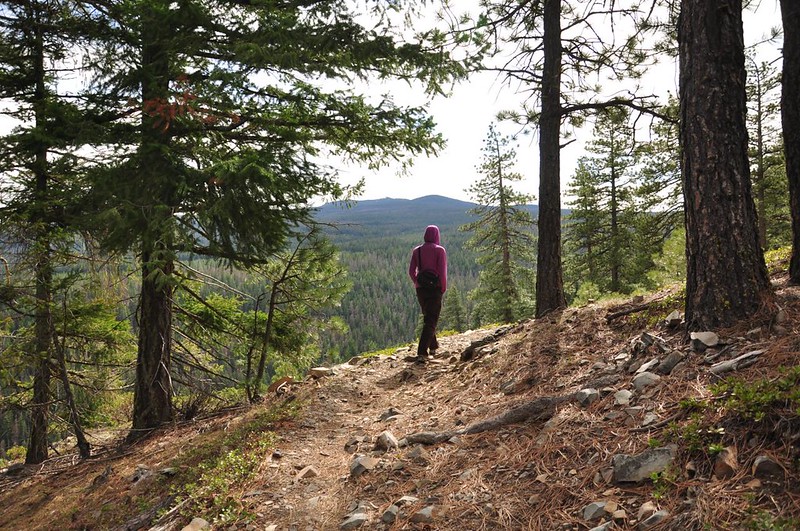 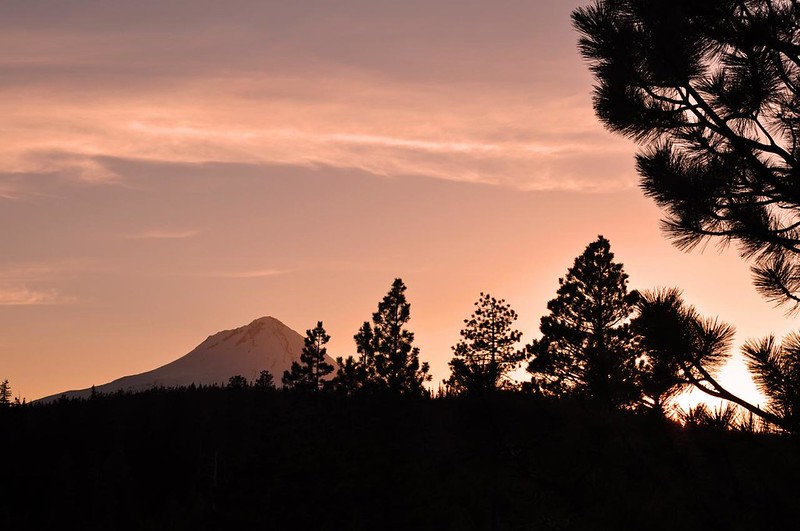 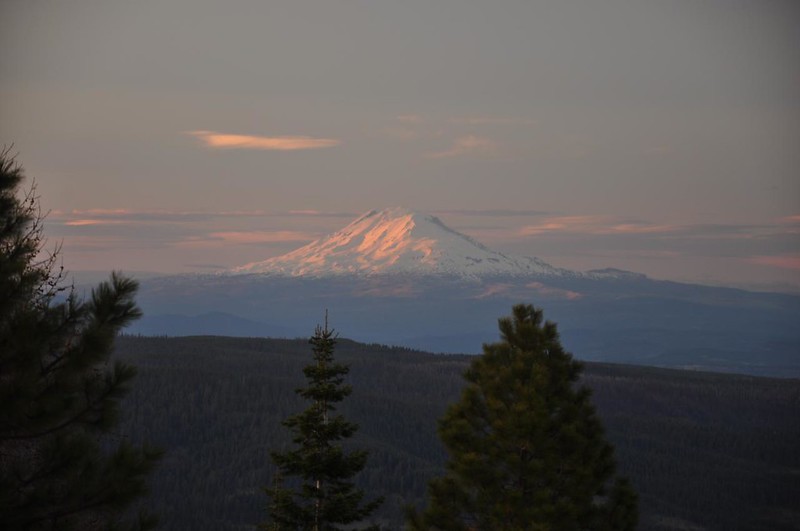 And the stars were lovelier. We didn’t see as many stars as we might have because of the nearly-full moon. But thanks to the moonlight the tower and Mt. Hood were illuminated in my shots, which turned out well. 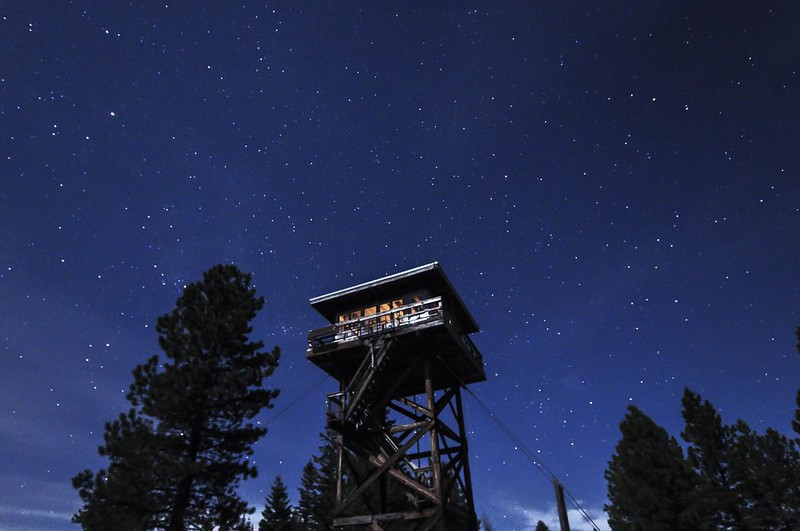 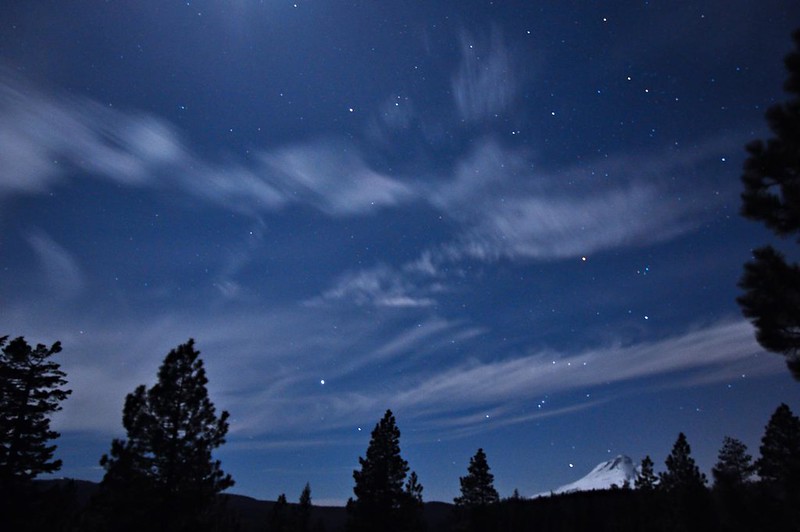 We built a campfire under the stars and enjoyed the beautiful clear evening. We could see Jupiter in the southern sky and Venus near Mt. Hood to the east. 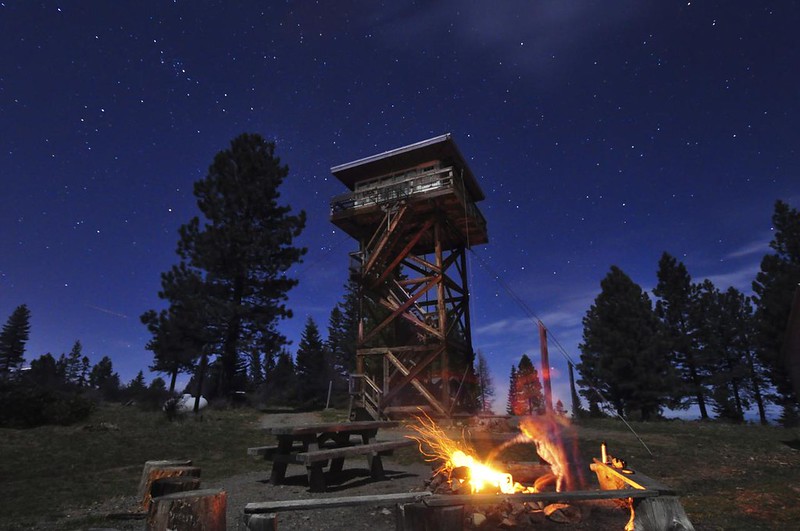 We got up early to watch the sunrise, then went back to bed: 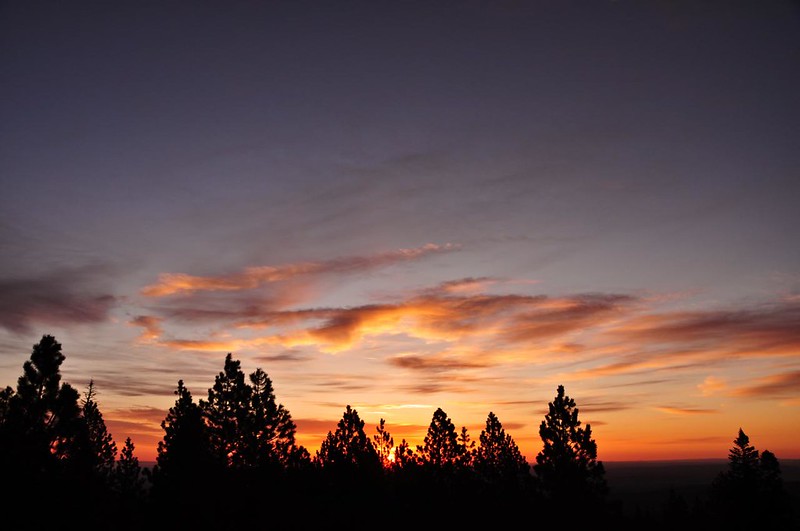 We headed over to Lookout Mountain for a hike that day. We were able to get within half a mile of the trailhead before we grew uncomfortable with the amount of snow on the road. Nearly the entire hike was over snow, although the summit was bare. What a gorgeous day! (In a normal year we wouldn’t have gotten anywhere near the trailhead, but the snowpack is incredibly low this year.) 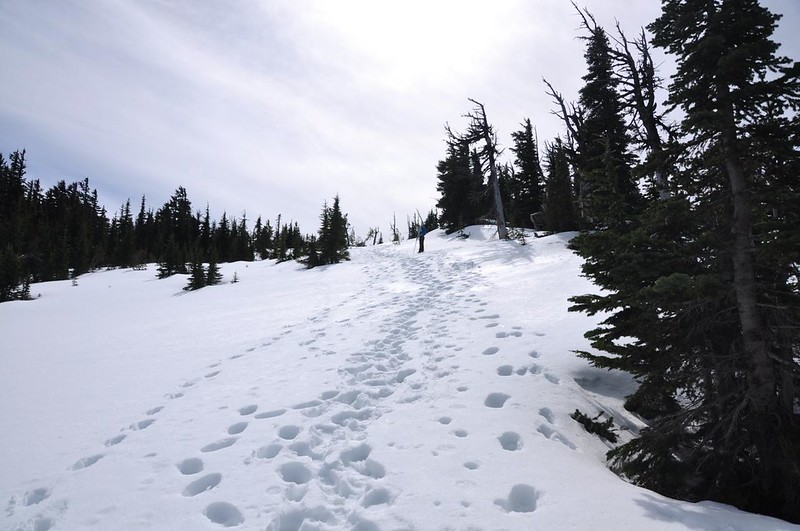 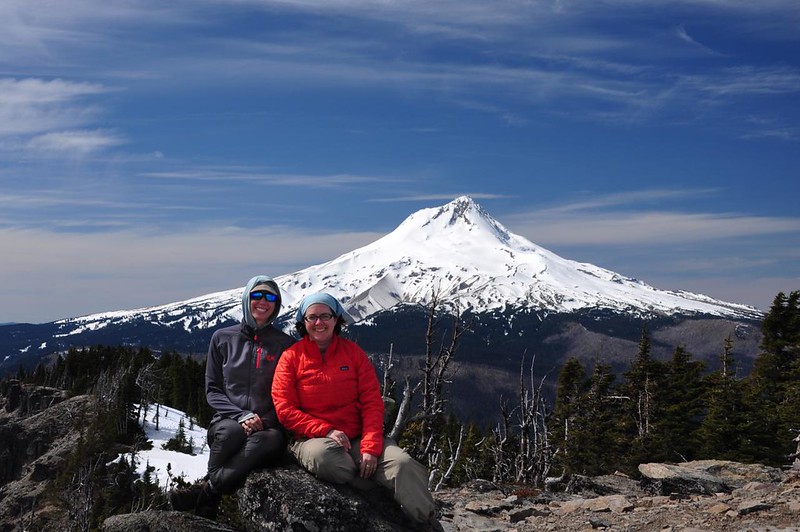 We went back to the lookout to hang it in the warm sunshine. Deb whipped up a delicious dinner. 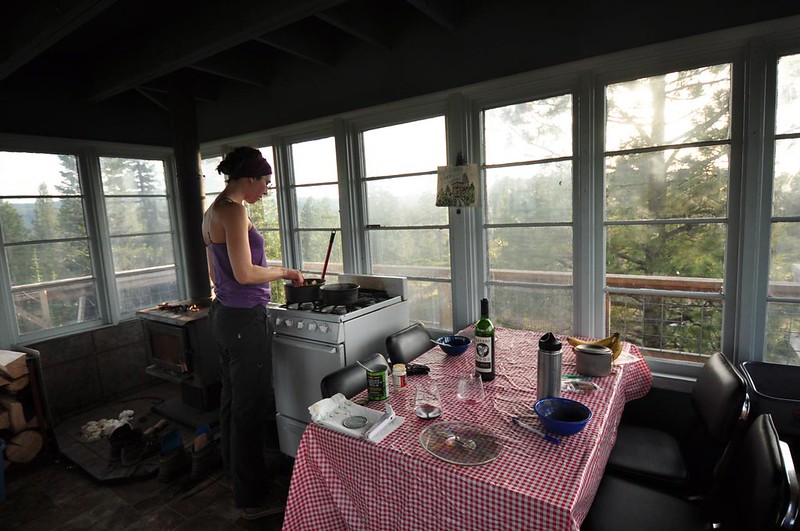 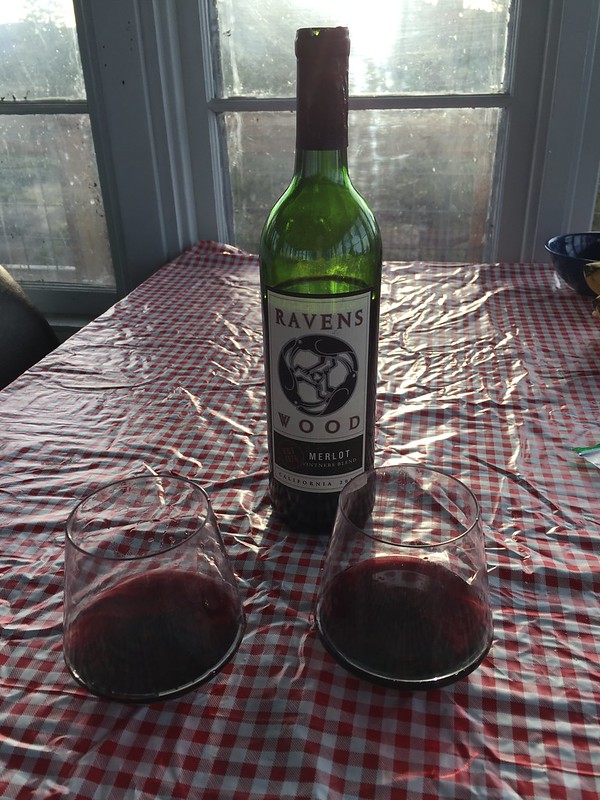 We decided not to build a campfire again but stayed in and enjoyed the warmth of the woodstove as dusk settled. 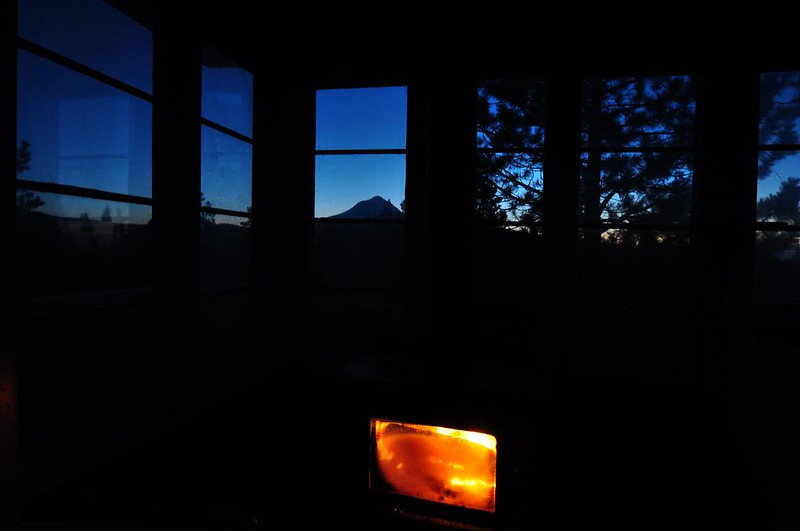 The stars were once again a sight to behold. 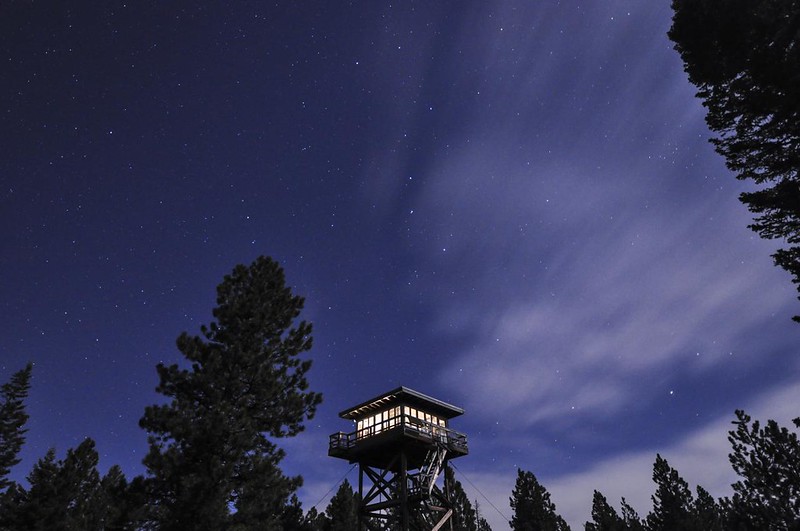 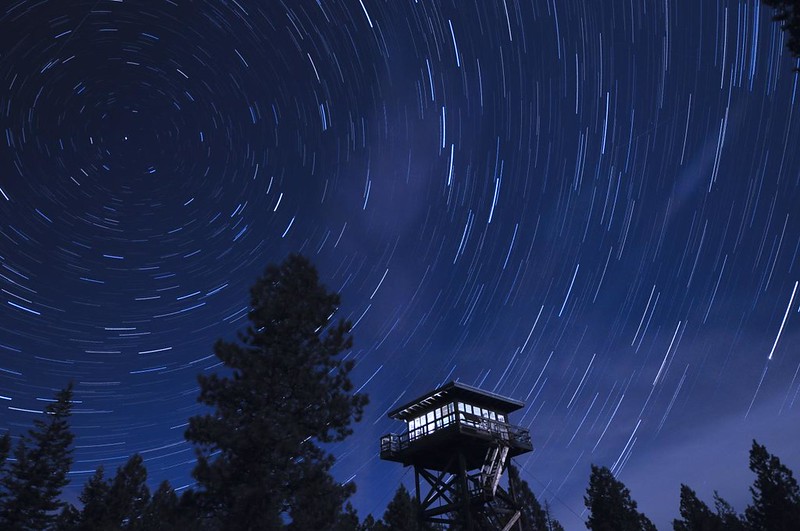 By morning the weather had changed drastically. Heavy winds rattled the tower, and snow flurries flew through the air. 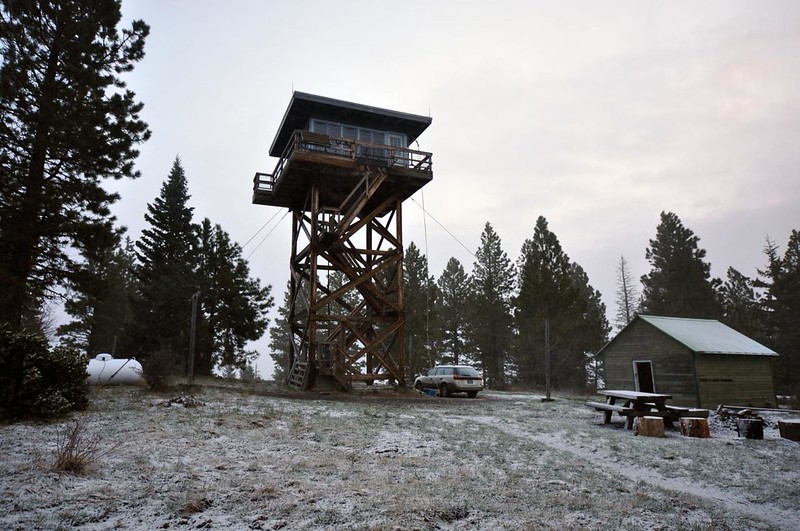 It was hard to tear ourselves away and start heading for home, but we’ll be back!