The Quail Prairie lookout tower was built in 1963. It used to be part of the rental program but around 2010 or 2011 part of the cabin caved in a little bit during a winter storm. The Forest Service doesn’t have the money to fix it so they’ve abandoned the lookout. Road 1917 to the lookout also has a washed-out culvert that is several years old, so it seems that this lookout is doomed. 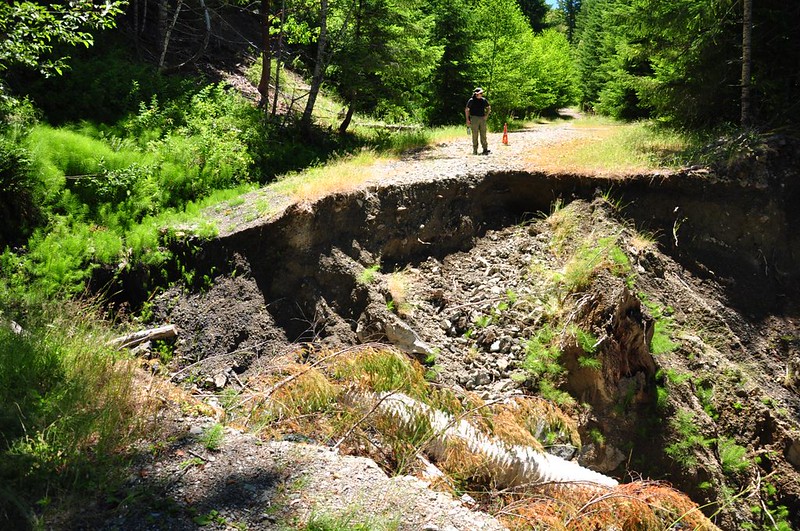 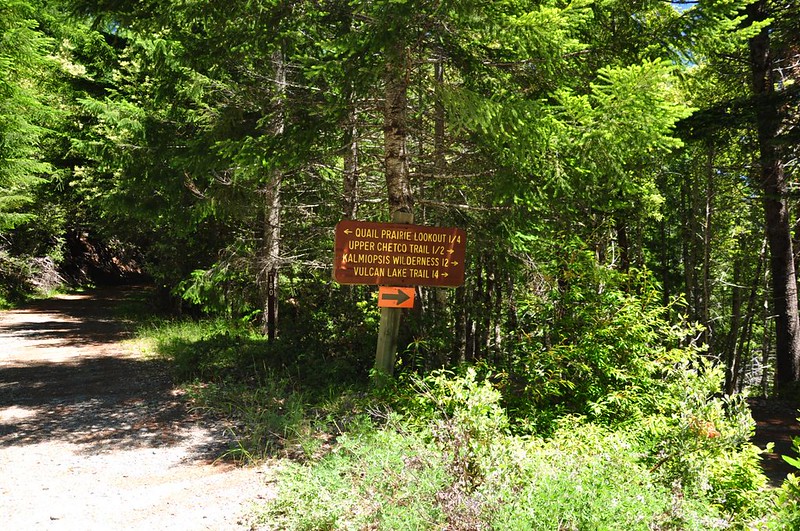 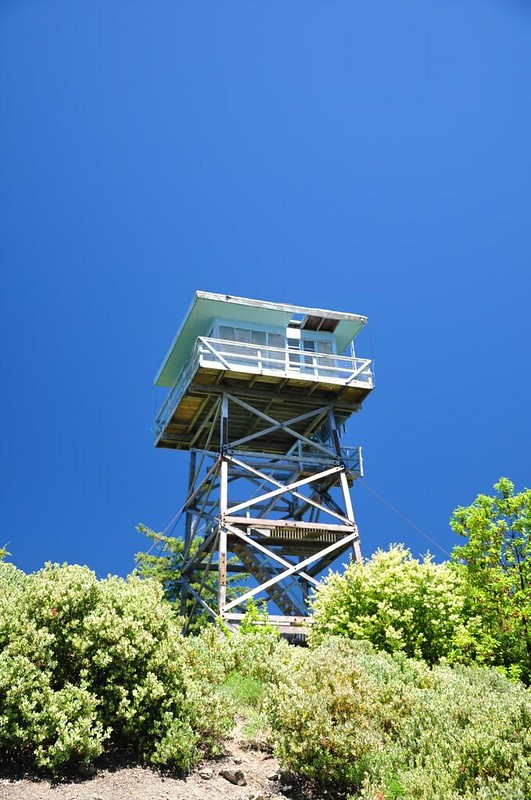 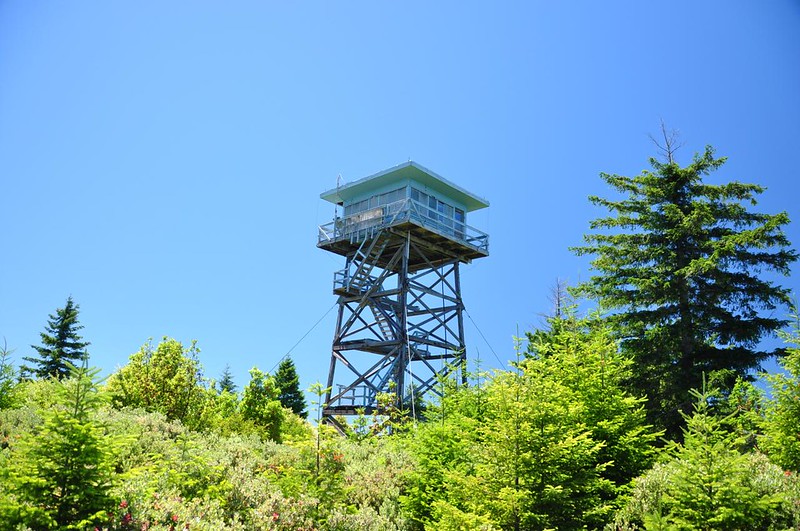 The photo below was taken in 2012 by Terry Musgrove and shows the damage to the wall. The Forest Service has since removed the bottom set of stairs so that people can’t go up the tower anymore. 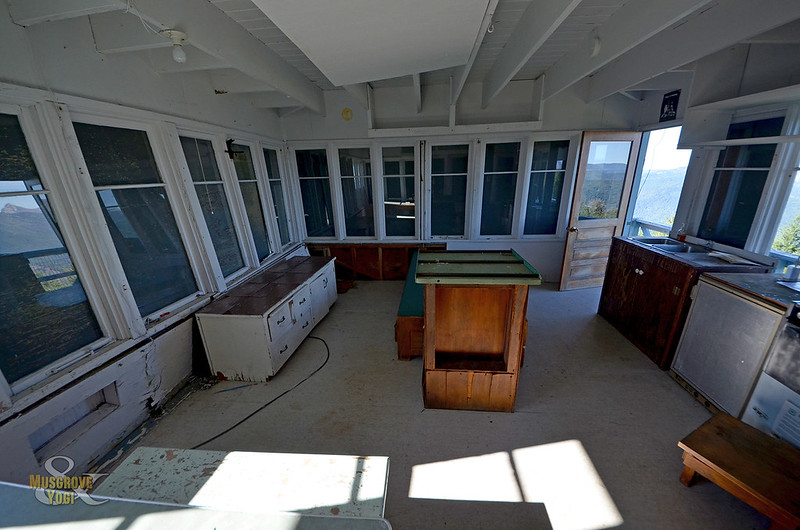