Greg and I drove up Road 5840 – another rough and terrible road – to visit Wolf Mountain. I was glad I was in my high clearance Outback and was amazed to arrive at the lookout and find that the woman there drove a sedan to and from the tower! The woman was very friendly and invited us to come up. The views up there were great! We could see a rainstorm off to the southwest. Going down is a lot harder than going up. The first lookout on Wolf Mount was a crow’s nest in 1921, which was about half a mile southwest of the current tower: 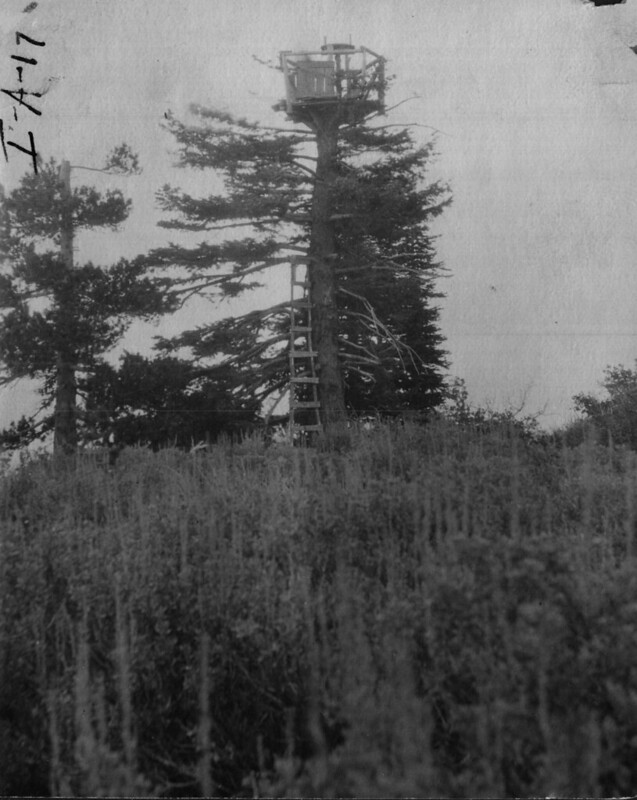 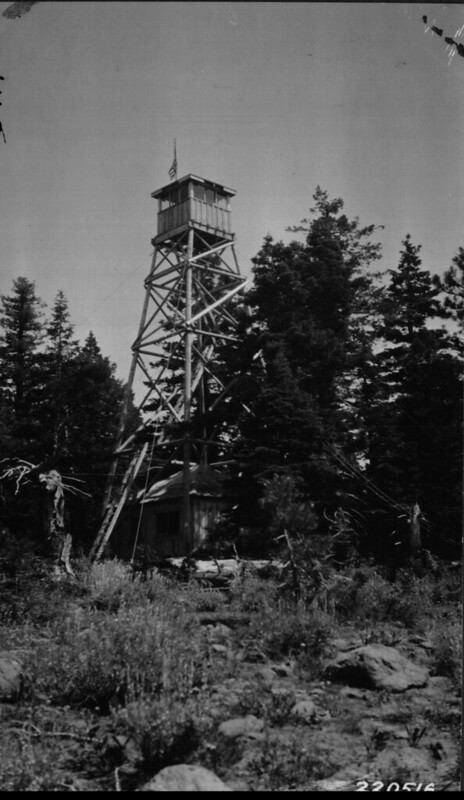 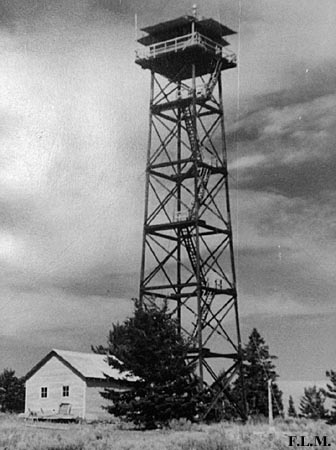 Wolf Mountain was the site of a tragic plane crash in 1942. In February 1942 a B-18A Bolo bomber was on a flight from Sacramento to Spokane. The plane hit tall trees on the slopes of Wolf Mountain and crashed. They had last been in radio contact in California so when the plane went missing no one looked for it on Wolf Mountain. It was seven months before a shepherd saw the wreckage and reported it.